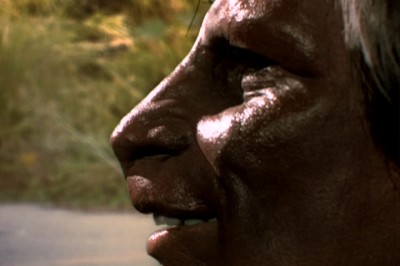 A dashing, crime-fighting hero able to shape-shift into any animal he wants - how could it possibly go wrong? As it turned out, Manimal (1983) became a by-word for monumentally terrible TV, like Cop Rock (1990) and Britney & Kevin: Chaotic (2005). But is it really as bad as all that? For the morbidly curious vintage TV fan, Shout Factory has come to the rescue and made all eight episodes of Manimal officially available as a nice Complete Series three-DVD set. As with many notorious bombs of screens large and small, this show turns out to be a pretty decent effort dwarfed by its stinky-poo reputation.

As a middle-schooler, I remember being intrigued by Manimal's description in the hotly awaited 1983 Fall Preview issue of TV Guide. Even the folks at that venerable magazine couldn't help but snark over Manimal's ridiculous concept, however:

He is now a professor of animal behavioral sciences. But once upon a time, Jonathan Chase (Simon MacCorkindale) learned the amazing secret of transforming himself into various beasts. With the entire animal kingdom to choose from, Jonathan could have become a sooty albatross, a duckbill platypus, a snail darter - but no-o-o! In the pilot he chose only a black panther, a hawk, a kitty cat and a shark.

True to form, Manimal does come as a letdown for a multitude of reasons - including the hero's complete lack of imagination when it comes to which animal to morph into. Producer Glen A. Larson (Battlestar Galactica; The Fall Guy) hit several stumbling blocks in adapting this wild and wooly concept to a reliable, cops-and-criminals format. The suave, handsome Simon MacCorkindale has something of a playful, James Bond-like quality as Chase, while Flash Gordon's Melody Anderson brings a lot of sass and romantic interest as Brooke McKenzie, the determined police detective assigned to accompany Chase on cases where his animal-friendly abilities would come in handy. Besides McKenzie, the only other person aware of Chase's incredible talent is his easygoing old war buddy, Ty (Cooley High's Glynn Turman in the pilot; Michael D. Roberts in the remaining episodes), who accompanies the two on missions. The cases are overseen by Brooke's skeptical, stereotypically New Yorkish commanding officer, Nick Riviera (Reni Santoni).

Manimal predictably got savaged by the critics, while its Friday night slot against peak-era Dallas ensured that whatever audience it got would stay miniscule. NBC put it out of its misery after eight episodes, all of which are included in this DVD set. The thing is, given half a chance and a few crucial tweaks, this show could've been a cheesy, Knight Rider-like success. Throw away the show's ill-conceived, draggy pilot episode and you actually have a half-decent kiddie adventure show with an overlay of "be kind of animals" conscience. If the scripts were patchy and uninteresting, the attractive cast and novel concept at least kept it from being a total washout.

Although Manimal unfairly got put to sleep after eight episodes, it held enough potential to be salvaged. With little effort, NBC could have had Larson hunker down and correct a few flaws that dogged the first episodes, namely: 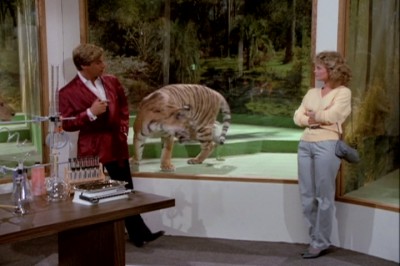 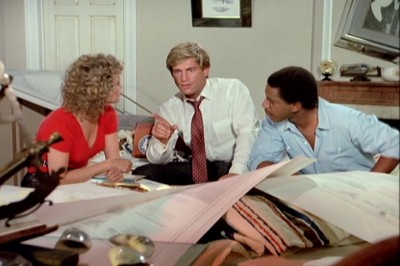 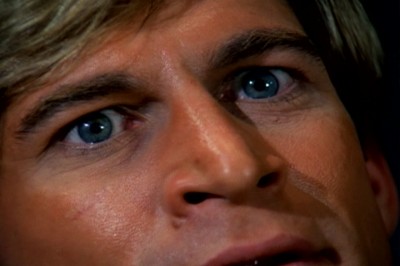 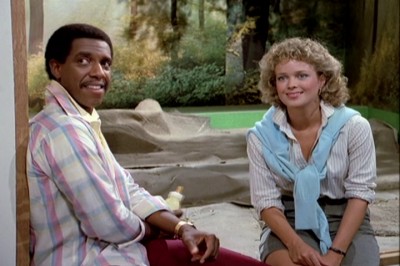 Manimal: The Complete Series comes packaged in a standard-width clear plastic case. It appears that Shout Factory is taking a slightly different packaging tact with this release, since the clear standard-width case sports a sturdier hinge that holds the three DVDs in better (you practically have to bend the discs to get them out). Instead of having episode titles and plot synopses printed inside the liner, Shout has included a nice, 20-page booklet with vintage publicity stills and behind-the-scenes photos of MacCorkindale and Stan Winston along with the titles and detailed plot descriptions (curiously, no original air dates are included).

The 4:3 image is adequately done and typical for DVD transfers of early '80s-era television. Colors are slightly faded but adequate, while there are some splotchy textures and edge-enhancement with the brittle mastering job. While the opening credits haven't held up well in the quality department (created on videotape and transferred to film), overall it's an appealing looking image given the age of the source materials.

Each episode's mono soundtrack sports a limited dynamic range. The sound is serviceable enough, however, with no outstanding examples of distortion in the non-opening credits sequences. No optional subtitle track is included.

A decent amount of bonus features have been included on this set's third disc, highlighted with Man to Animal: An Interview with Glen A. Larson. In this 20-minute chat, conducted in 2012, the producer goes into detail on Manimal's conception, production and reception. Larson's recollections are warm if somewhat deluded, blaming the show's failure entirely on the network scheduling it opposite the popular Dallas (no, no, no). It's an interesting talk. Other extras include Concept & Production Notes written in 1983, Biographies, Galleries, Shout Factory's trailer for Automan, and that 20-page Episode Guide Booklet.

Form of - a panther! Shape of - a hawk! Notorious for being among series television's worst-ever ideas, Manimal surprisingly held a lot of potential underneath its bubbling latex skin. Shout Factory's Complete Series 3-DVD set allows the curious to re-experience what went wrong with this enjoyably silly variant on '80s Cop Show formulas. Recommended. 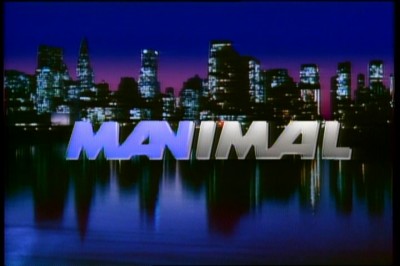 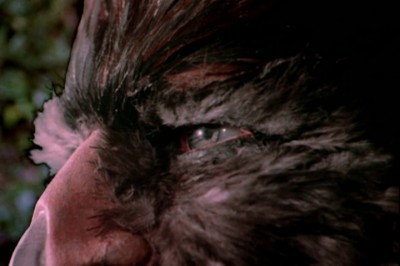