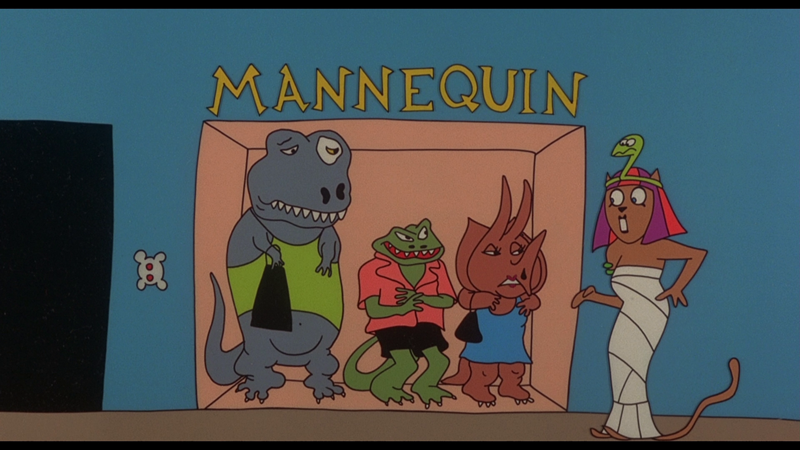 The Movie
Sometimes it seems like anything could have been made as a movie in the ‘80s, with any number of high-concept comedies taking on a fantasy bent to offer something new. Mannequin doesn't even attempt to justify the conceit at its core, setting up Emmy (Kim Cattrall) as an ancient Egyptian who moves through time and space in the search for true love, until she finds it in late-'80s Philadelphia, with an artist named Jonathan (Andrew McCarthy.) In one of his many brief careers, he built a mannequin that became Emmy's newest form, eventually meeting up with him in a department-store window, where she, unable to move when people see her, becomes his muse as he becomes a window dresser. There's no curse, no stray lightning bolt. It just happened. Move on.

Naturally, there's some conflict to be found, as a rival store, the high-gloss Illustra (where Jonathan's ex Roxie works) wants him to come work for them, as his windows are boosting the profits at Prince and Company (headed by Estelle Getty's Claire) and pulling B.J. Wert (Steve Vinovich) and his company into failure. The bad guys are willing to pull out all the stops, which means Emmy could be in trouble, as Roxie's jealousy and Wert's competitiveness combine to create an unstable plan to save Illustra. 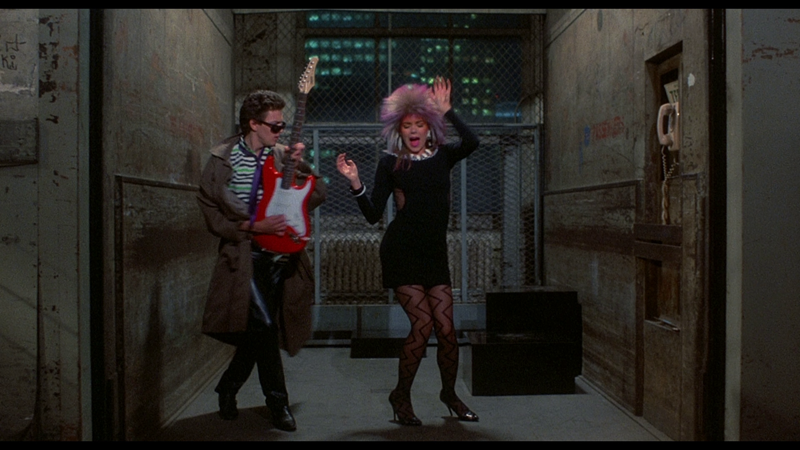 Watching the romance between Jonathan and Emmy blossom, through a handful of musical montages and fun exchanges, is an entertaining opportunity, with slapstick and wordplay taking the lead in getting laughs and establishing the characters. Sure, the clothes and sets are undeniably ‘80s, but if it was Henry Fonda designing windows with Barbara Stanwyck, no one would blink at most of the comedy in this movie. Chase scenes, like a Keystone Cops-like run through a department store, and fun give and takes between the characters lend the film a rather classic feel that lets the comedy and romance balance naturally.

Though Cattrall and McCarthy both inhabit their roles very well as the stars of the show, with McCarthy displaying an old-school coolness to go with a relaxed vibe and Cattrall balancing sexiness and a fun innocence expertly (one shot of her in just lingerie and a fur coat is simply indelible), it would be hard to imagine this film without Meshach Taylor as Jonathan's flamboyant friend and co-worker Hollywood and James Spader as Richards, a weasley exec at Prince and Company. Spader plays into the overall classic-comedy feel perfectly, with his large round glasses and his slicked-down hair, serving as an excellent, sniveling foil to the hero, the kind that makes cheering for the good guy that much more satisfying.

Many will have a problem with Taylor's Hollywood though, as his part gets laughs as a stereotypical gay man in outrageous clothes, with over-the-top lines and demonstrative emotions. (That he's referred to in a derogatory manner by some secondary characters as both a queen and a fairy doesn't help.) The thing is, Hollywood is a big part of what makes Jonathan engaging, as the two accept each other without many questions, while Hollywood is never really laughed at, though his complaints about his looks-obsessed boyfriend could be seen that way. However, he does get to be a heroic character (delivering some tremendously funny lines at the same time) and when one character insults Hollywood to Jonathan, he's definitively called a bigot, making the film one of the more progressive mainstream films of the time.

That said, the movie doesn't make a tremendous amount of sense in places, notably since the film's climactic big moment involves machinery that seemingly has no reason to exist outside of being in this movie. But then again, the whole thing is predicated on the idea that an Egyptian woman could travel thousands of years and thousands of miles through time and space, only to be frozen as a mannequin, so getting too stuck on the details may be a losing battle. 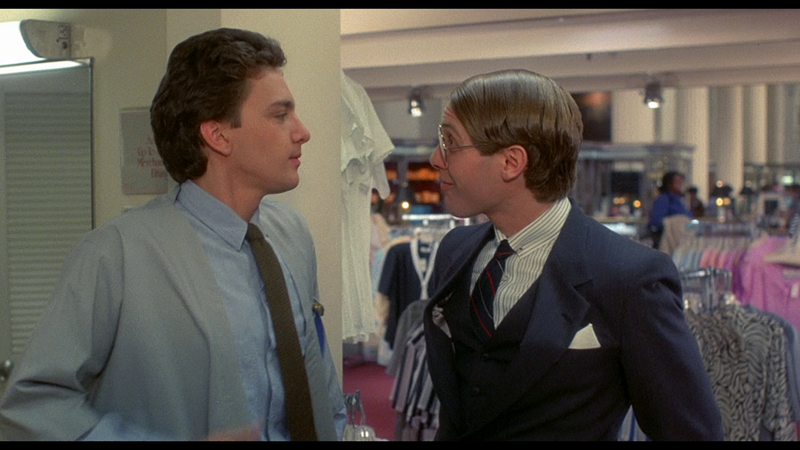 The Disc
This release arrives on one Blu-ray, packed into a standard Blu-ray keepcase. The disc's static menu offers a choice to watch the film, select scenes and check out the special feature. There are no audio options and no subtitles.

The Quality
The 1.85:1, 1080p, AVC-encoded transfer here looks terrific for a film of Mannequin's age and relatively low profile. The level of fine detail is quite high, showing off all the textures in the outrageous ‘80s fashions seen throughout (and everything else for that matter, especially skin and hair.) Color is appropriate across the board, capturing the bold hues of the clothes and fleshtones equally well, while black levels are solid. Though it definitely looks like an ‘80s movie, with some scenes looking a tad dark, resulting in colors coming off a touch muted, while in brighter scenes the colors can burn a bit hot. The layer of grain is consistent and though there are some instances of dirt to be seen in spots, overall, it's not egregious, with no major problems with digital distractions.

The DTS-HD Master Audio 2.0 track is good, but not great, hitting all the right notes in terms of dialogue clarity, music strength and sound-effect presence, but the mix isn't as good as it could be, with voices occasionally taking a back seat when it should have been more up front. That said, there's nothing about the sound that will truly give you pause, especially when it comes to the musical moments, which all have enough power to be really enjoyable.

The Extras
The only extra is a 1:36 trailer for the film that's in pretty rough shape, but it does the trick when it comes to selling the movie. 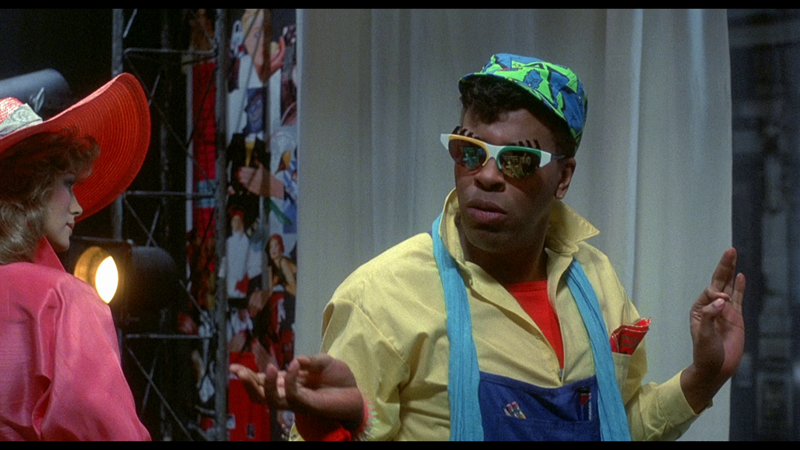 The Bottom Line
Is Mannequin a masterpiece? No, not particularly, and a critical eye can point out a number of issues with the plot, but the general tone is light and breezy, with the kind of slapstick and snappy wordplay that wouldn't be out of place in a classic black-and-white comedy, while the characters are all fun to watch, particularly when it comes to Taylor and Spader's performances. The presentation is quite nice, while there are no extras, which means this one is meant mainly for those with nostalgic memories of the film, though it's worth a look for anyone who likes a lighthearted comedy.