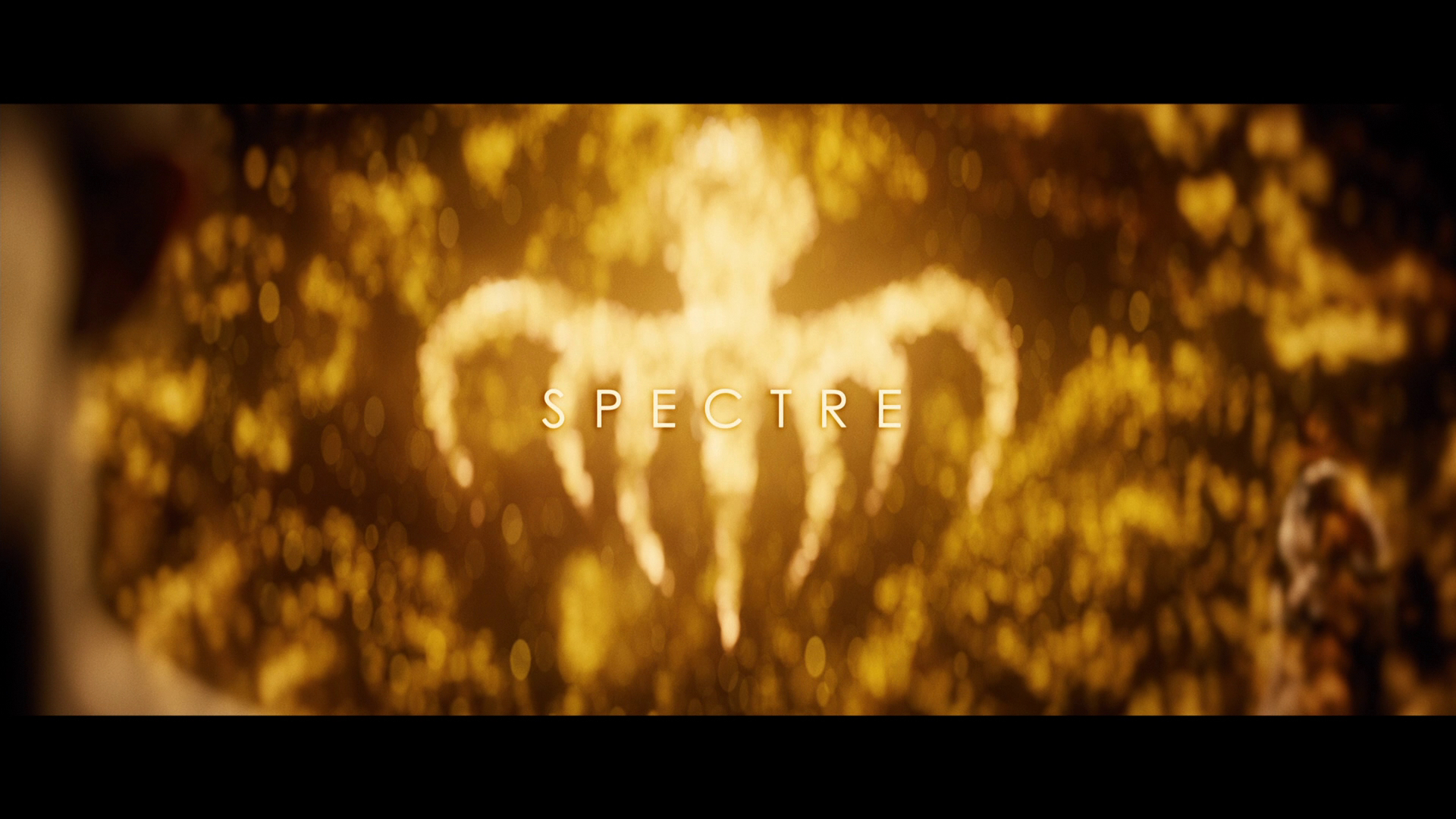 Life got in the way of seeing Spectre on the big screen. A new job, moving and travel all aided my missing this second collaboration between Daniel Craig and Director Sam Mendes. The Internet blowback is strong on this one, though some of the reasoning is flawed. Series fans claim Skyfall - which I love - does not feel like a Bond movie, and Mendes responded by shooting Spectre more like a classic Bond, with globetrotting action and a shadowy, omnipresent villain. The opening in Mexico City is fluid, thrilling and beautifully shot, and Bond's heel-nipping chase behind criminal organization Spectre and its leader takes him to the Austrian Alps, Rome and Morocco. Spectre runs a long 148 minutes but never drags, and there is more humor here than in Craig's previous installments. I wish I had seen Spectre on the silver screen, but Fox's Blu-ray presentation is a worthy reproduction of the theatrical experience.

With the ashes of Skyfall still smoldering, 007 travels to Mexico City on an unauthorized mission and thwarts a terrorist attack during the Day of the Dead celebration. A henchman's ring alerts bond to Spectre, represented by an octopus logo, and Bond later meets the dead man's wife (Monica Bellucci), who further details the criminal organization over spirits and sex. With help from adversary Mr. White (Jesper Christensen), Bond locates Dr. Madeleine Swann (Lea Seydoux), a beautiful, unwitting passkey to Spectre, whose shadowy leader (Christoph Waltz) taunts Bond when he closes in. At home in London, M (Ralph Fiennes) tries to wrangle Bond and wars with C (Andrew Scott), the head of the private Joint Intelligence Service competing with the combined MI5 and MI6. 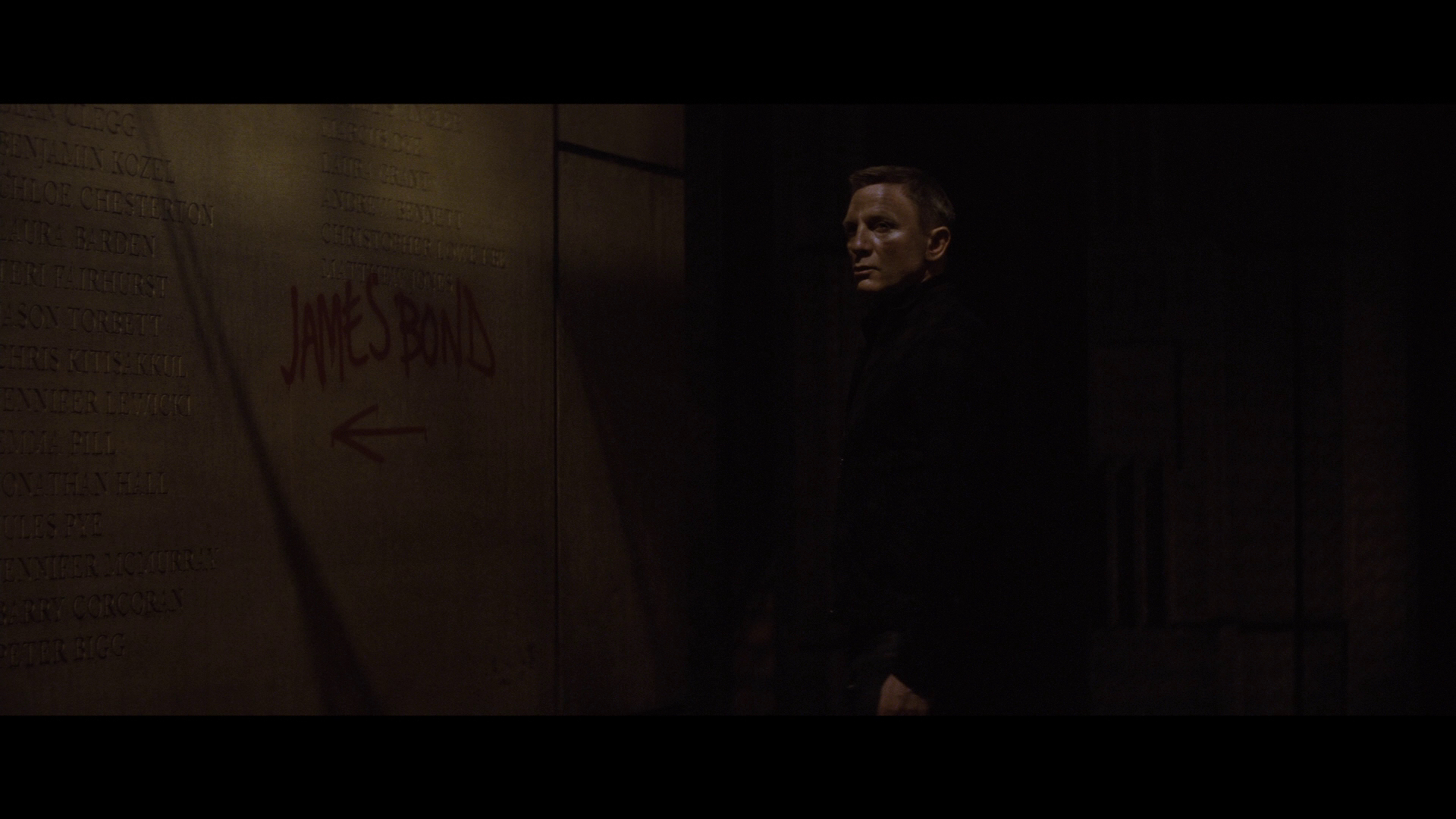 Spectre borrows heavily from Bonds of yesterday, including a villain that fans will no doubt recognize before he is introduced. Mendes playfully reminds viewers that the Connery-era Bond is not lost through nods to series heritage like shots of the under-repair Aston Martin DB5 in the garage at MI6. When Bond is leashed, Q (Ben Whishaw) is forced to withhold the flashy gadgets and track Bond's every move, but Q and Moneypenny (Naomie Harris) prove valuable friends in the face of career suicide. As gorgeous as she is, Bellucci is not playing a Bond girl here. She's a woman in a Bond movie that has several effective, plot-moving scenes, but she is the most believable match for Bond's bedroom prowess in all of these Craig-era films.

The plot of Spectre is deliberately convoluted, as a good conspiracy requires some unwinding to understand. I just went with the character connections and behind-the-scenes laboring and came out really enjoying this story. Spectre uses an all-seeing government surveillance program to tackle privacy issues in a not-so-subtle way, but these blunt warnings give unshakeable relics like Bond and his brothers at MI6 a reason to exist. Saying that Spectre fatally deviates from Craig's previous Bond films is not accurate, as it represents the closing of a story arc for this Bond, whether or not Craig chooses to return to the role. The cold, methodical killer of Casino Royale turns introspective after great loss, confusion and the ultimate revelation of his origin. Bond hurts no more; he can finally accept his place in the world. 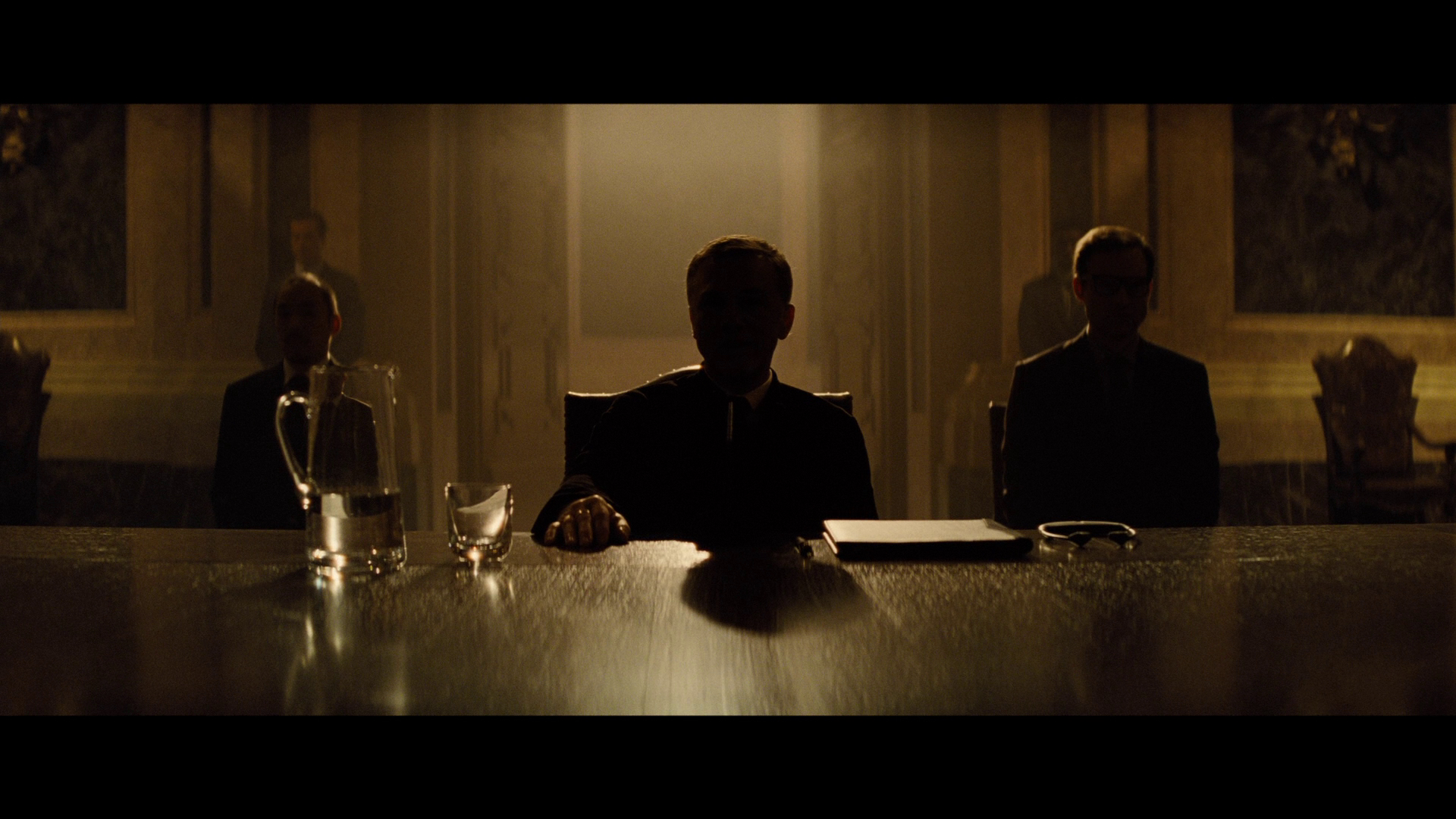 Mendes fills the film with great actors, and Hoyte van Hoytema (Interstellar) takes over for Roger Deakins on cinematography to good results. The opening scenes in Mexico City are especially captivating, as are the wide shots of the Moroccan desert. The action is big and exciting, though Mendes struggles somewhat to capture the necessary speed and intensity during his Rome-set car chase. The helicopter sequence before the credits defies logic, but it makes for great action cinema. I almost dropped my beer when Craig deadpans early on. He clearly heard the cries about his "humorless" Bond and responds in kind. Bond and Moneypenny's video chat mid car chase is also spot-on; the perfect blend of technology and mechanical muscle.

What Spectre tells us about its titular criminal enterprise is more interesting than its ultimate plans in this film. Mr. White, Quantum, Le Chiffre, Dominic Greene, and Mr. Hinx; all affiliates of the Craig-era Spectre. The modus operandi of sparking terrorism to justify Big Brother-level surveillance is frightening, and Spectre gets this point across, subtle or not. "He's everywhere. He's at a bar with your friends, he's having dinner with your kids, he's in bed with your lover," Mr. White tells Bond of Spectre and its leadership. That's the omnipotence of a true Bond villain, and one that will no doubt return to the screen. Spectre threatens to collapse under its own weight, but Mendes sticks the landing to create a fascinating blend of Bond's history and future. 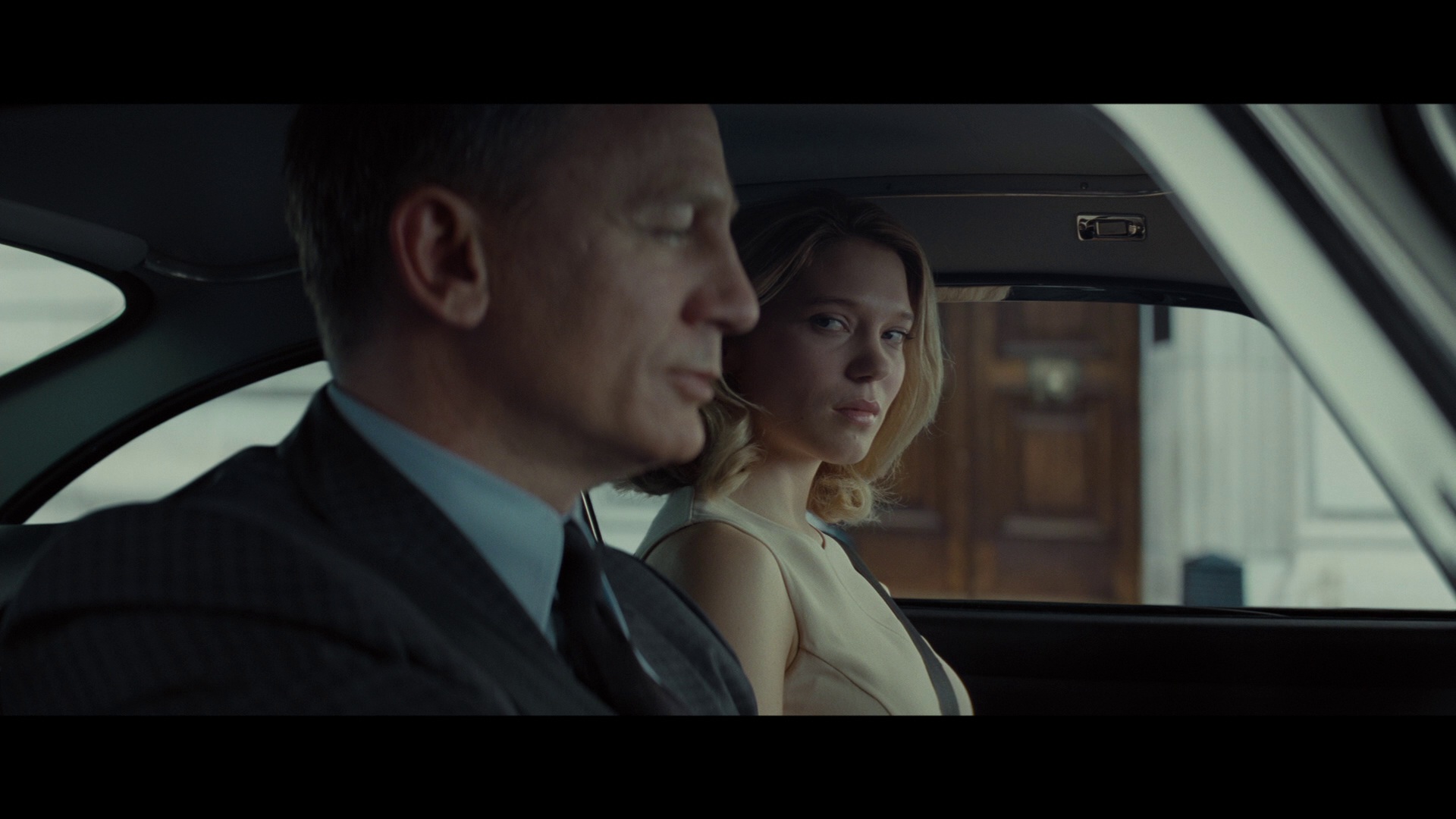 The cinematography does not quite match that of Skyfall, but Spectre is a handsomely shot film that is presented accurately with this 2.40:1/1080p/AVC-encoded transfer. Mendes shot the majority of Spectre on film, and this transfer is consistently sharp and detailed, with pleasing fluidity and depth. Those looking for the neons of Skyfall look elsewhere, as Spectre plays in yellows, browns and desaturized colors. This is a more sterile-looking Bond, particularly the bright, purposely blown out whites of Bond's hazy run-in with his adversary. Shadows are used to conceal the film's players, but detail is abundant when required. Black levels are inky, and colors never bleed. Fine-object detail excels. See every line on Mr. White's tired face, Bond's expressions reveal fear as he nears doom, and Bellucci's sparkling, probing eyes. Long shots are similarly impressive. Wide vistas like the Moroccan desert and Mexico City skyline are deep and crisp, and the grain never becomes noisy. I noticed no compression artifacts, banding or noise reduction.

The 7.1 DTS-HD Master Audio soundtrack is fit for a Bond film. The entire sound field is active and impressively immersive in this theater-quality mix. There are plenty of directional effects and dialogue that make use of all channels. Effects panning is frequent and realistic, and the subwoofer is active throughout. Dialogue is crystal clear and without distortion, and the film's score is appropriately layered. This is rollicking, exciting track from beginning to end. French, Spanish and Portuguese 5.1 Dolby Digital dubs are included, as English SDH, French, Spanish and Portuguese subtitles.

This single-disc set includes the Blu-ray and a code to redeem both iTunes and UltraViolet digital copies. A glossy slipcover replicates the striking cover artwork. Spectre presents a disappointingly brief slate of bonus features. That may be the sign of an impending double-dip, but I suspect the decline of physical media is to blame. Bond's Biggest Opening Sequence (20:12/HD) is a surprisingly good exploration of the Mexico City cold open, with lots of interviews and behind-the-scenes footage. If this is the start of a longer documentary, I'd love to see the rest. The Video Blogs (9:09 total/HD) are extremely short discussions of the music, cars, action, etc. You also get a Photo Gallery (HD) and three Trailers (5:18 total/HD). 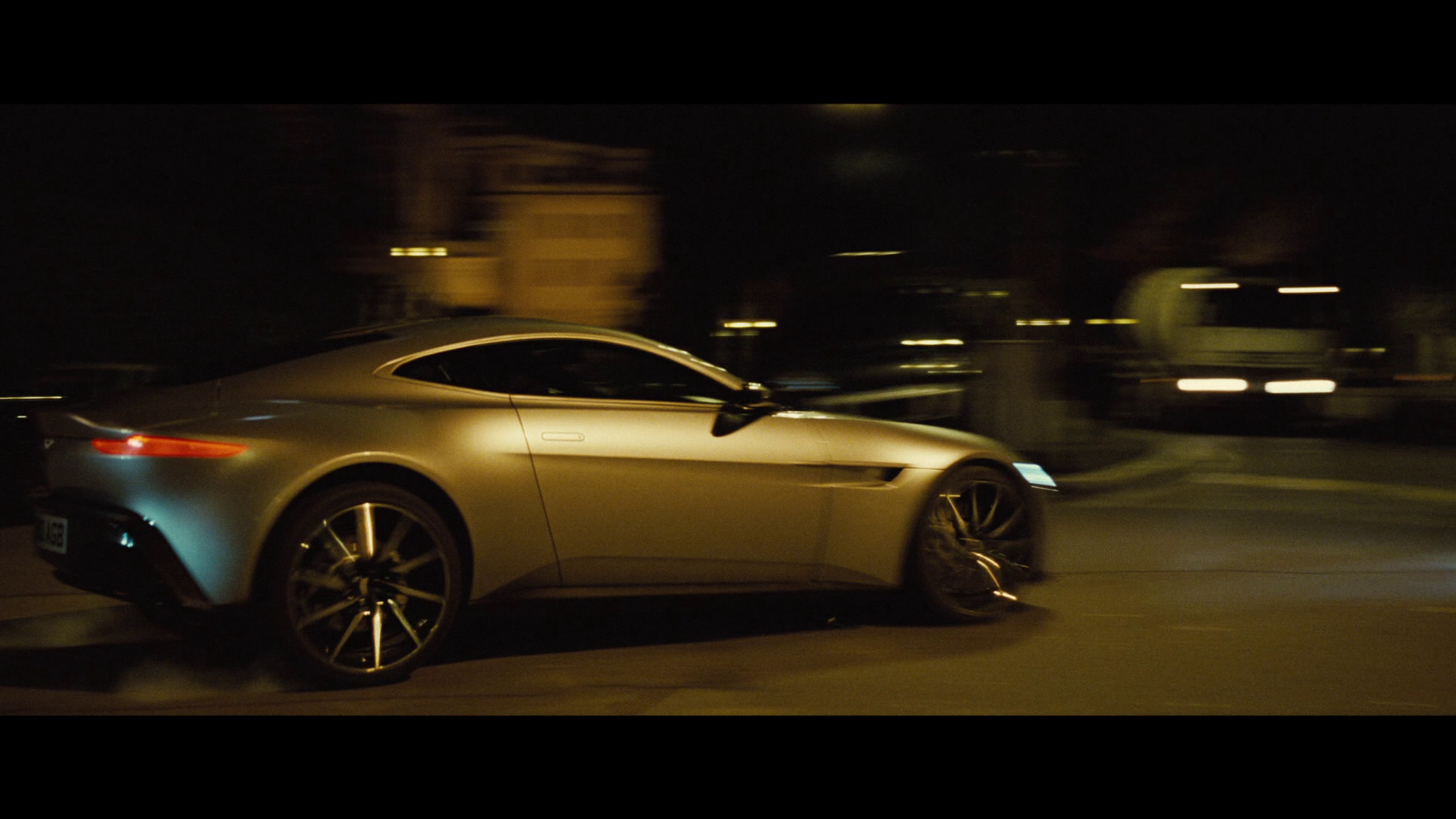 Yes, Spectre's plot is somewhat convoluted and the film runs a lengthy 148 minutes. Even so, I found this blend of classic and future Bond an entertaining ride. Spectre brings Daniel Craig's Bond full circle to meet a shadowy criminal organization with a familiar villain. The locations are beautiful, action exciting and mystery intriguing. This is a fine follow-up to the previous Craig-era films. The Blu-ray looks and sounds great, but the bonus features are very disappointing. Still, Spectre is Highly Recommended. 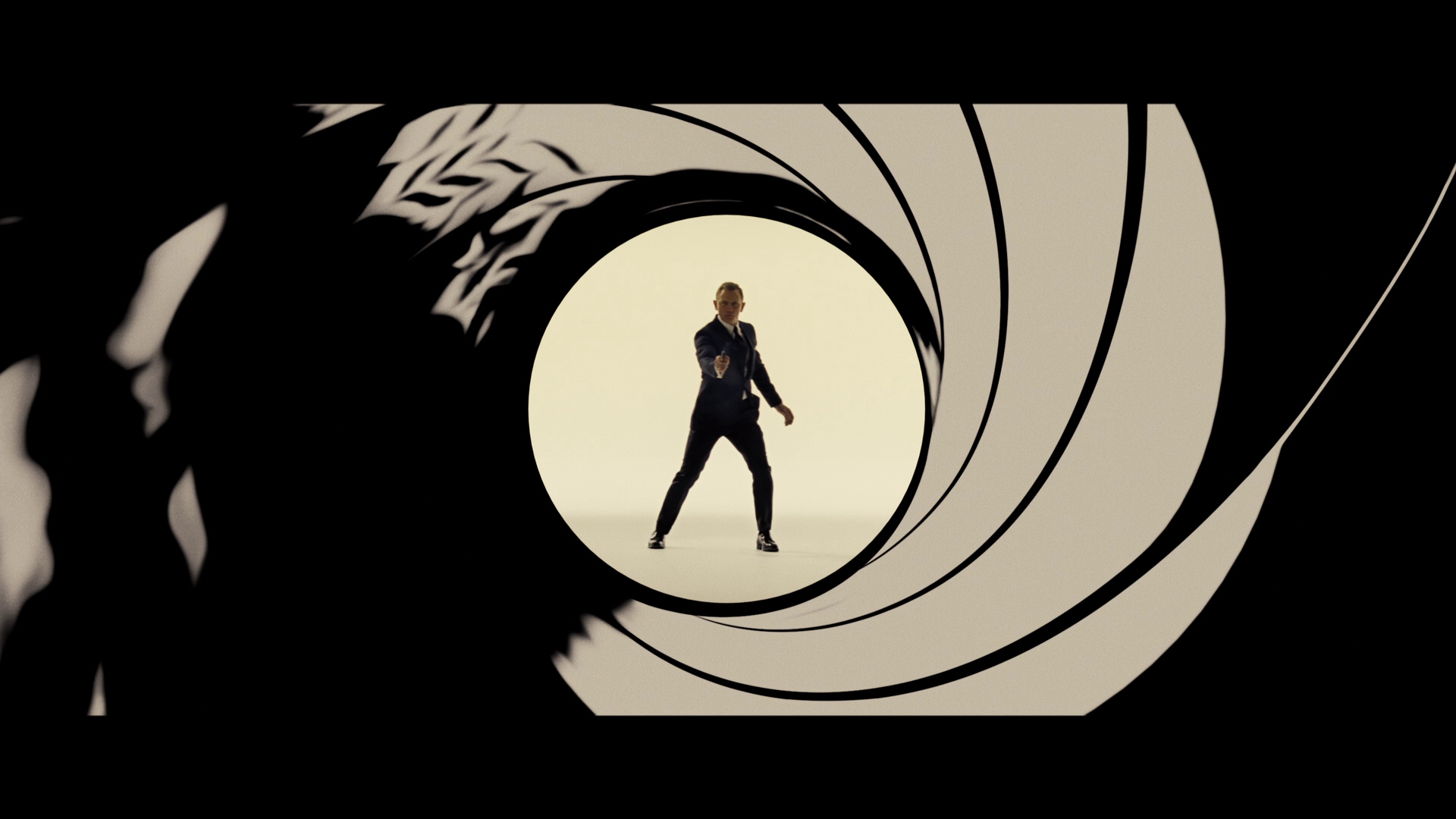 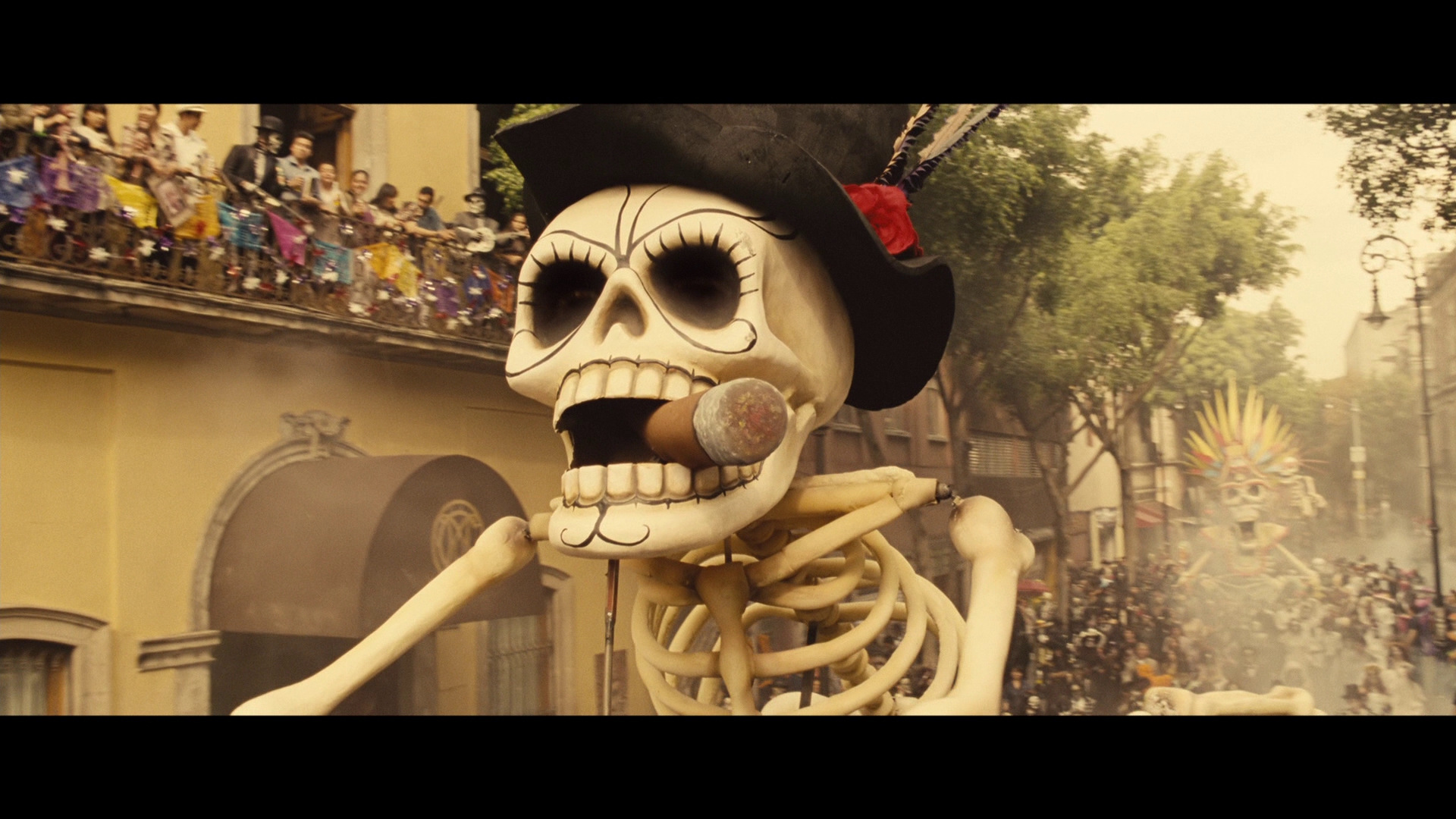 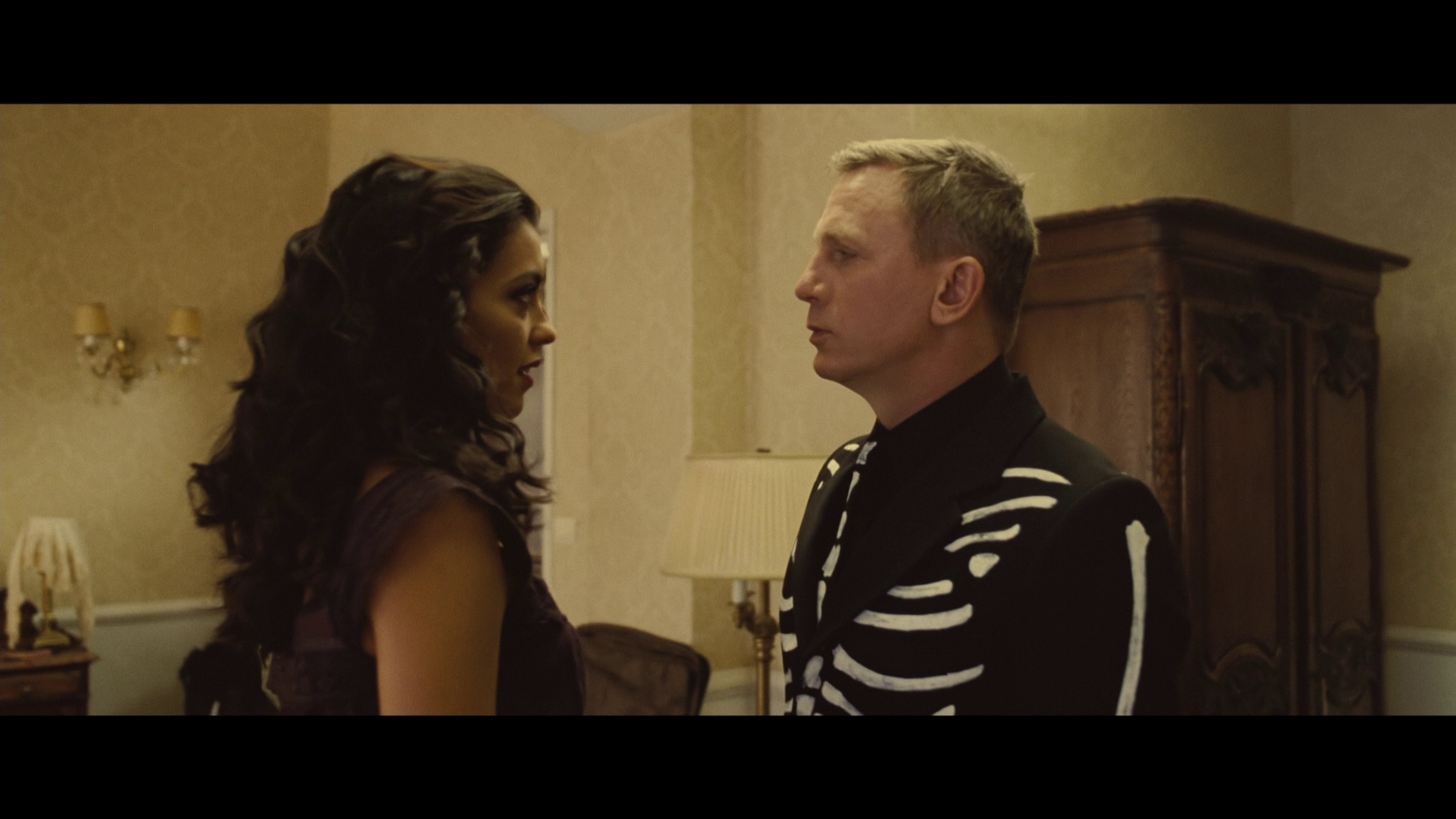 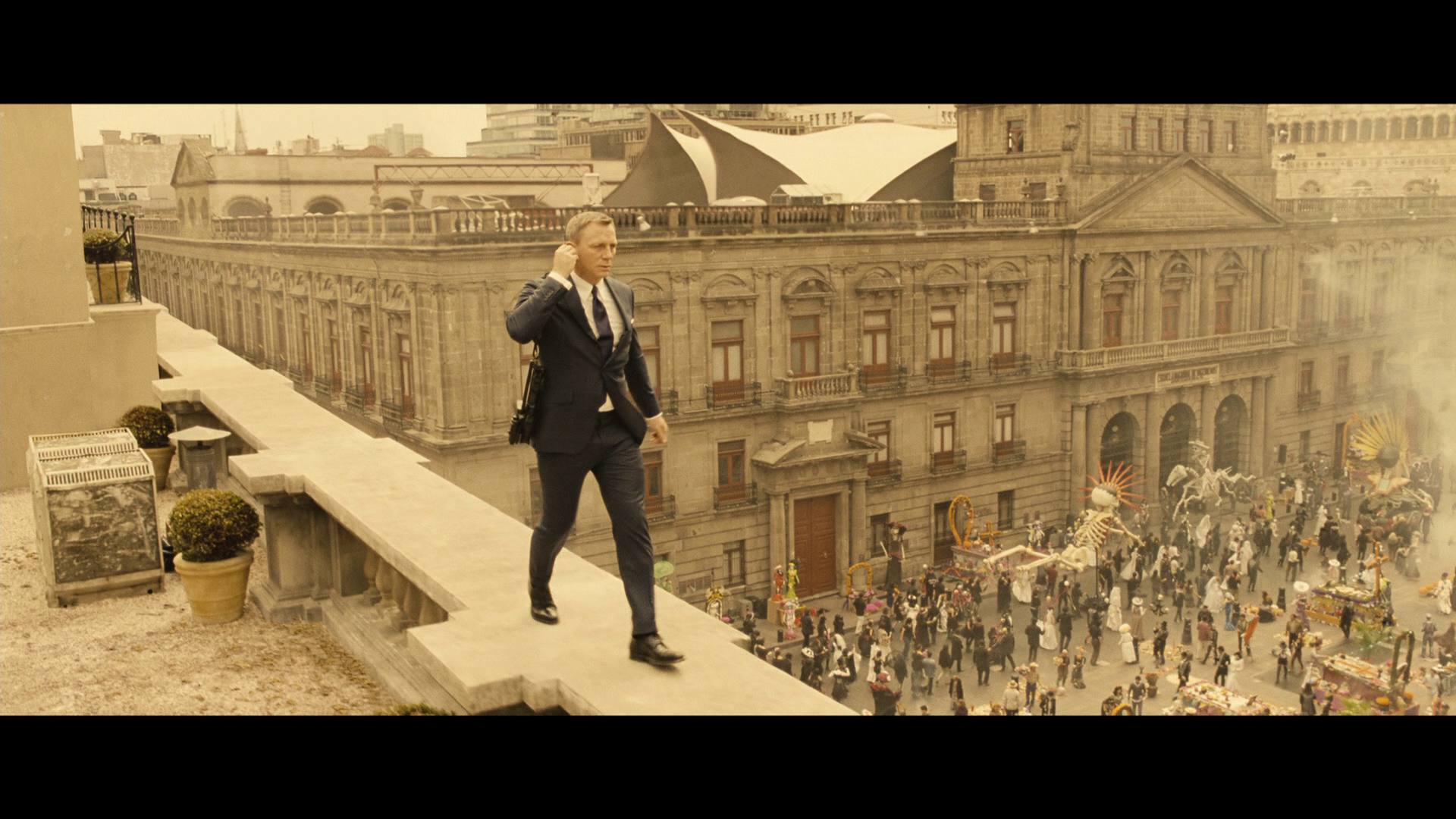 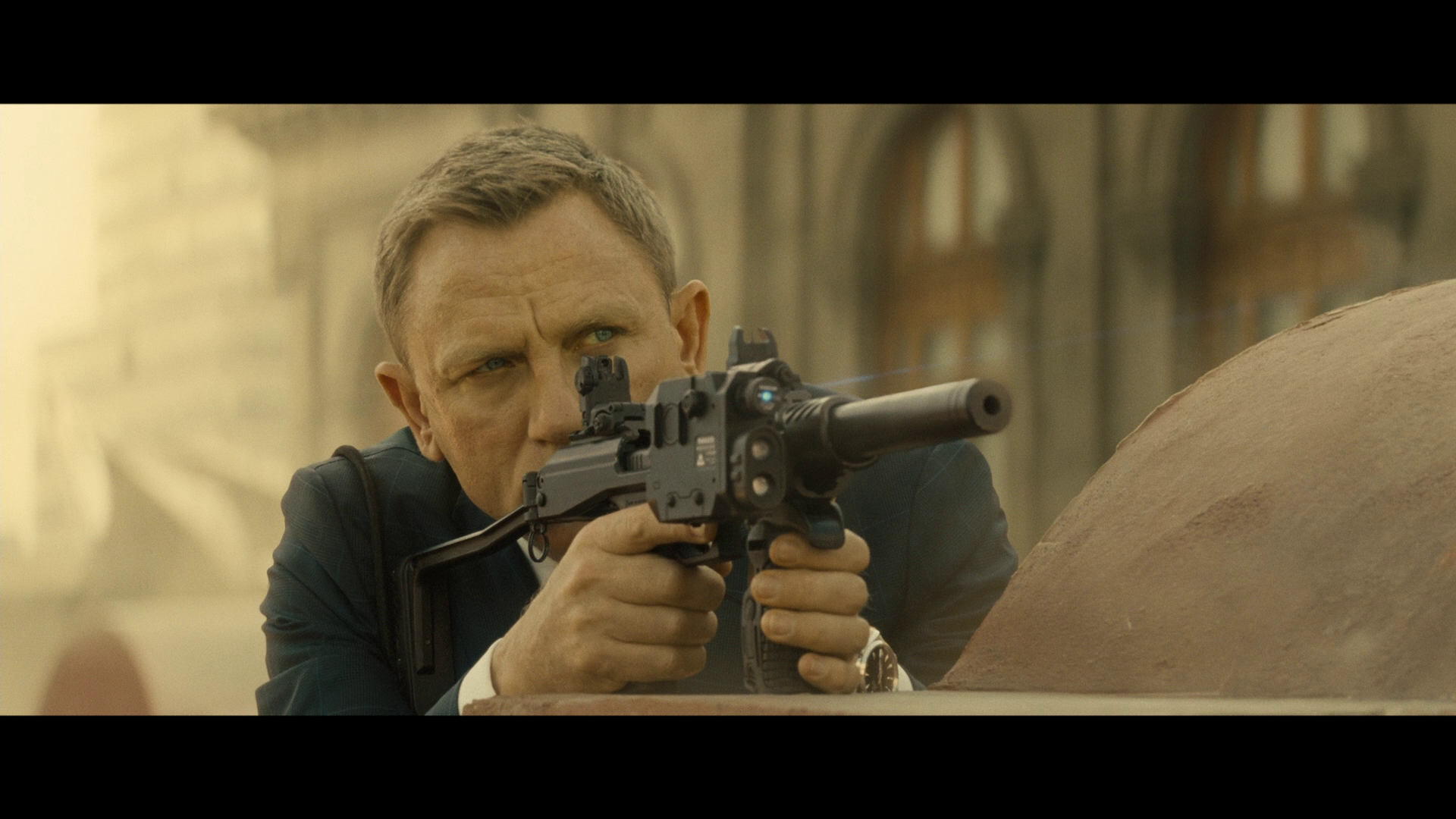 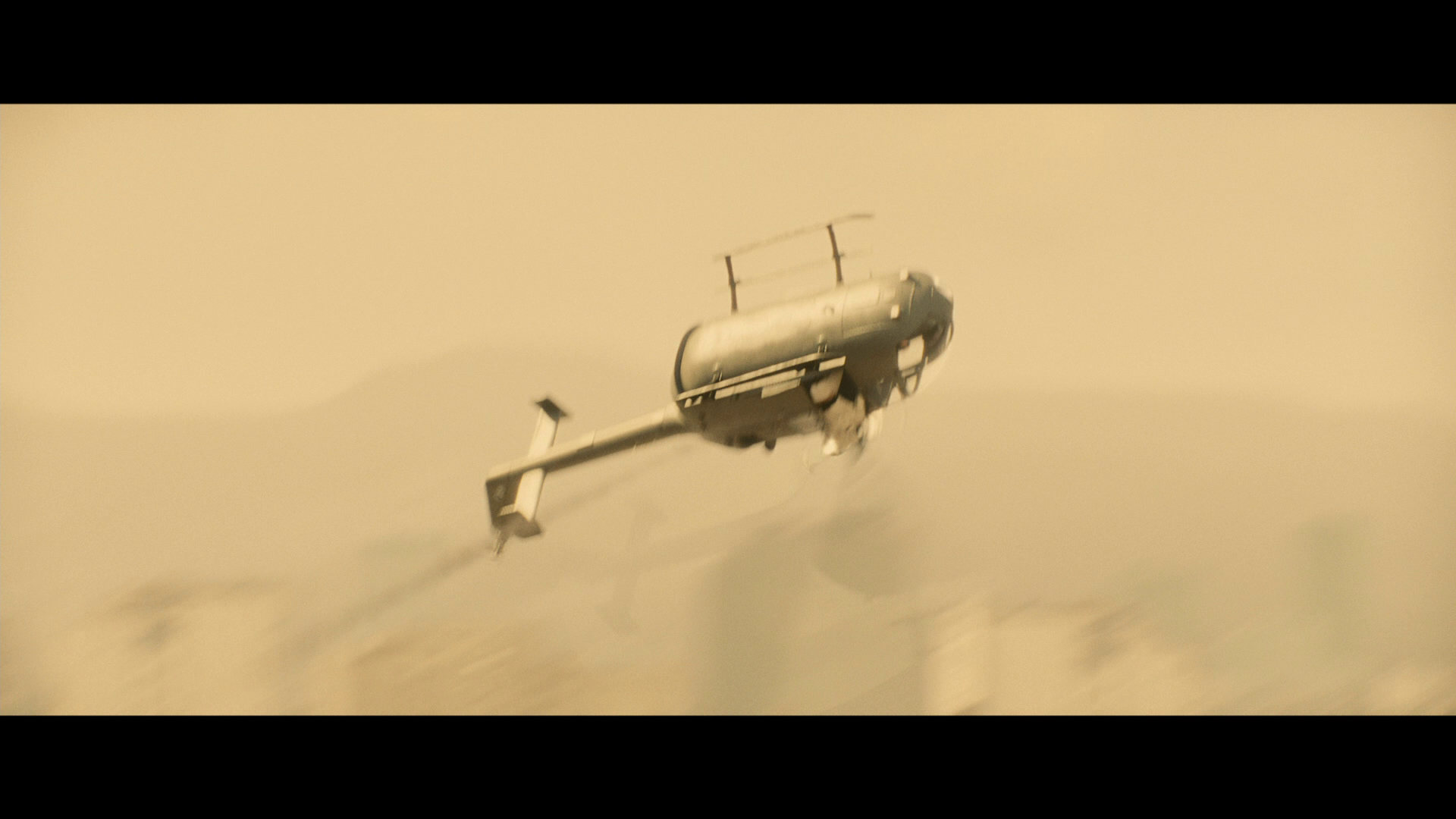 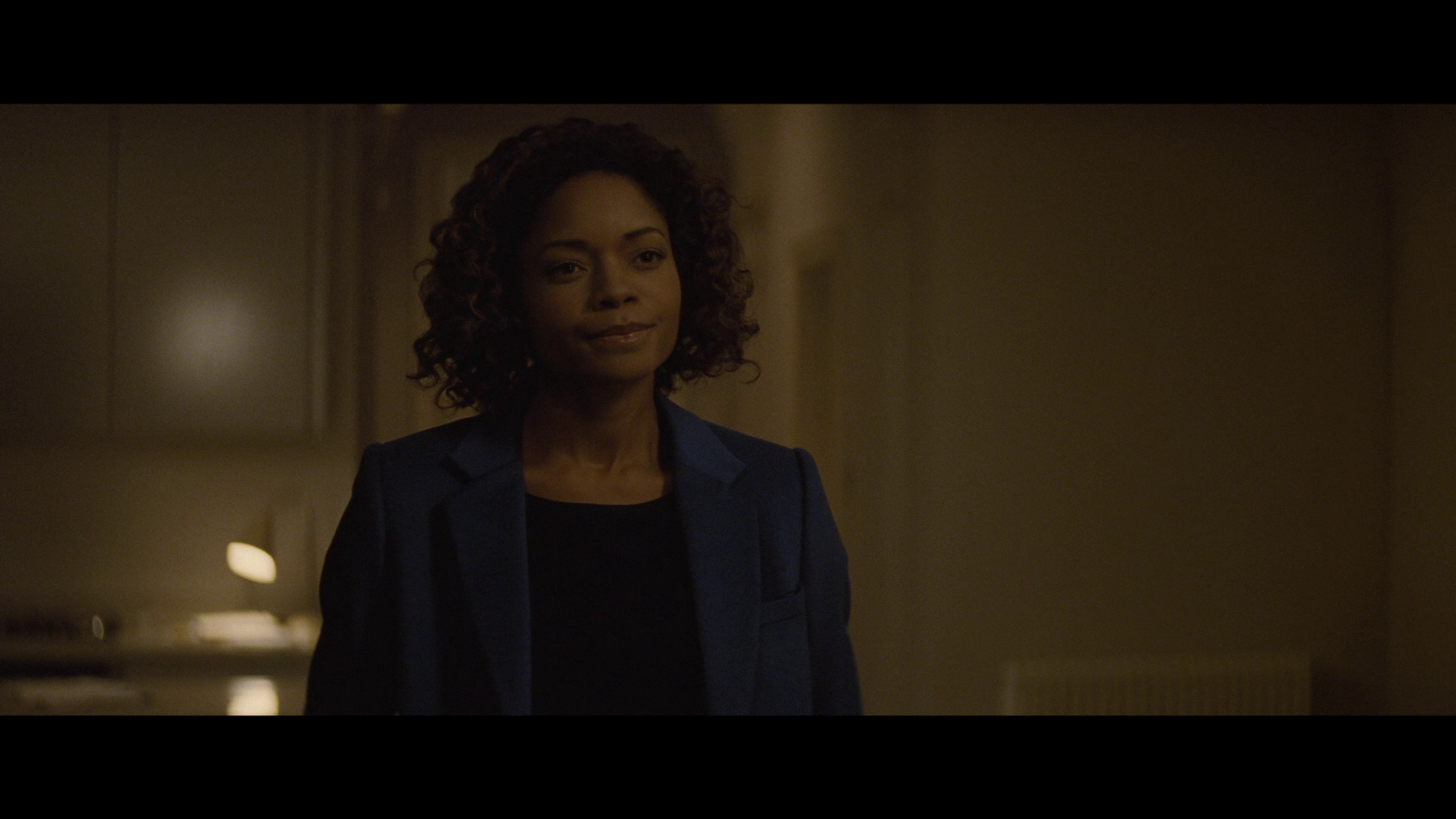 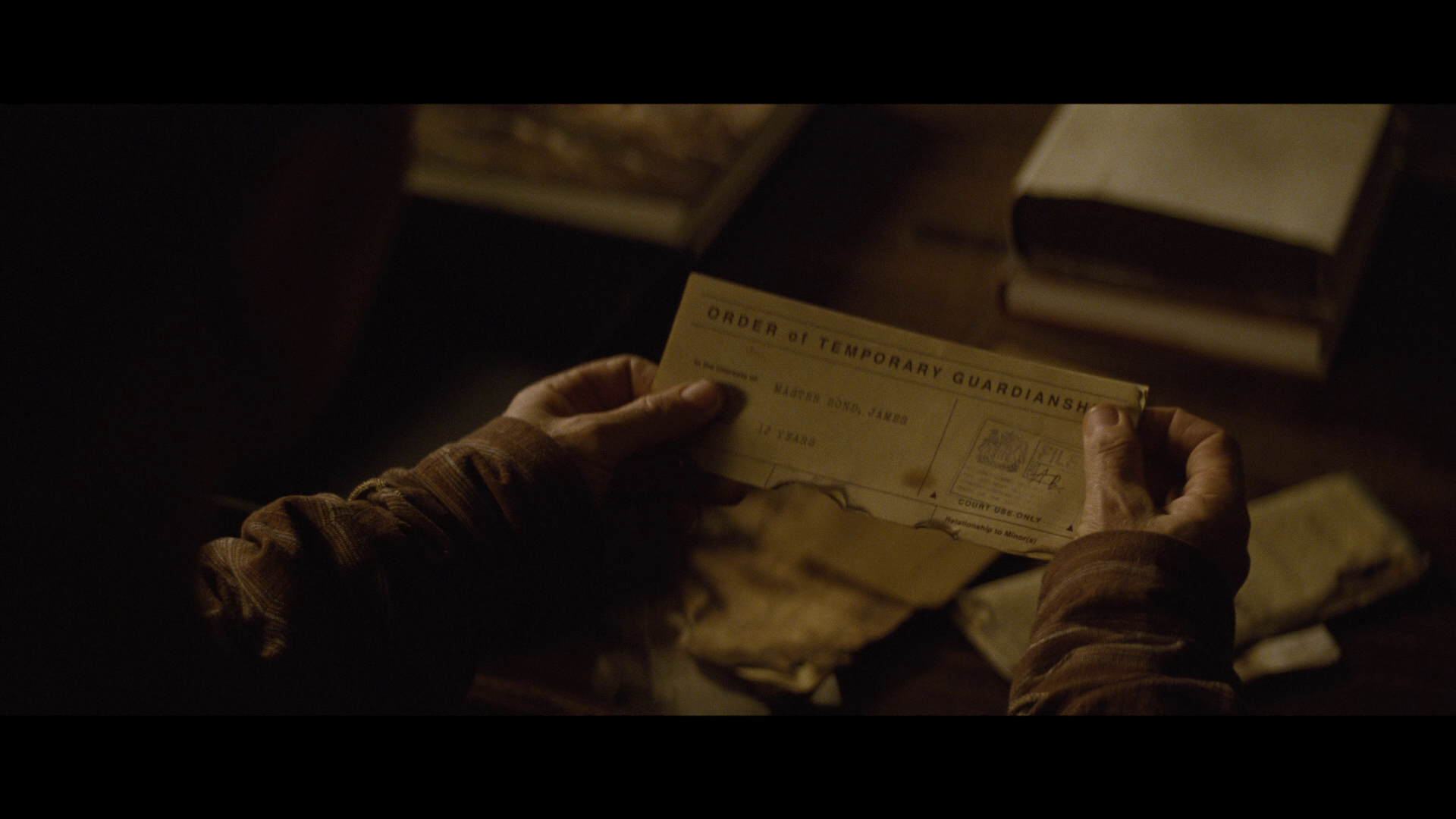 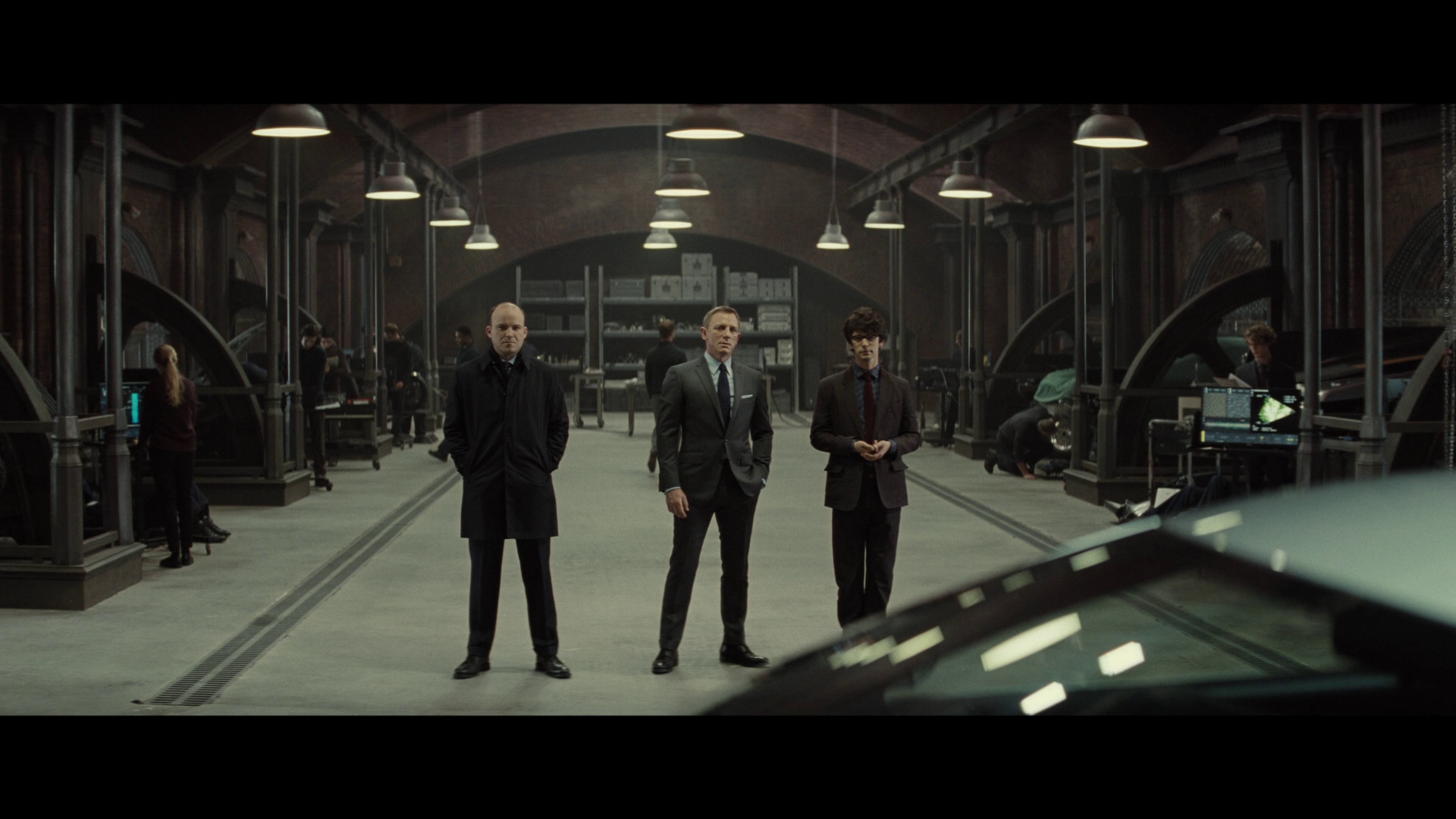 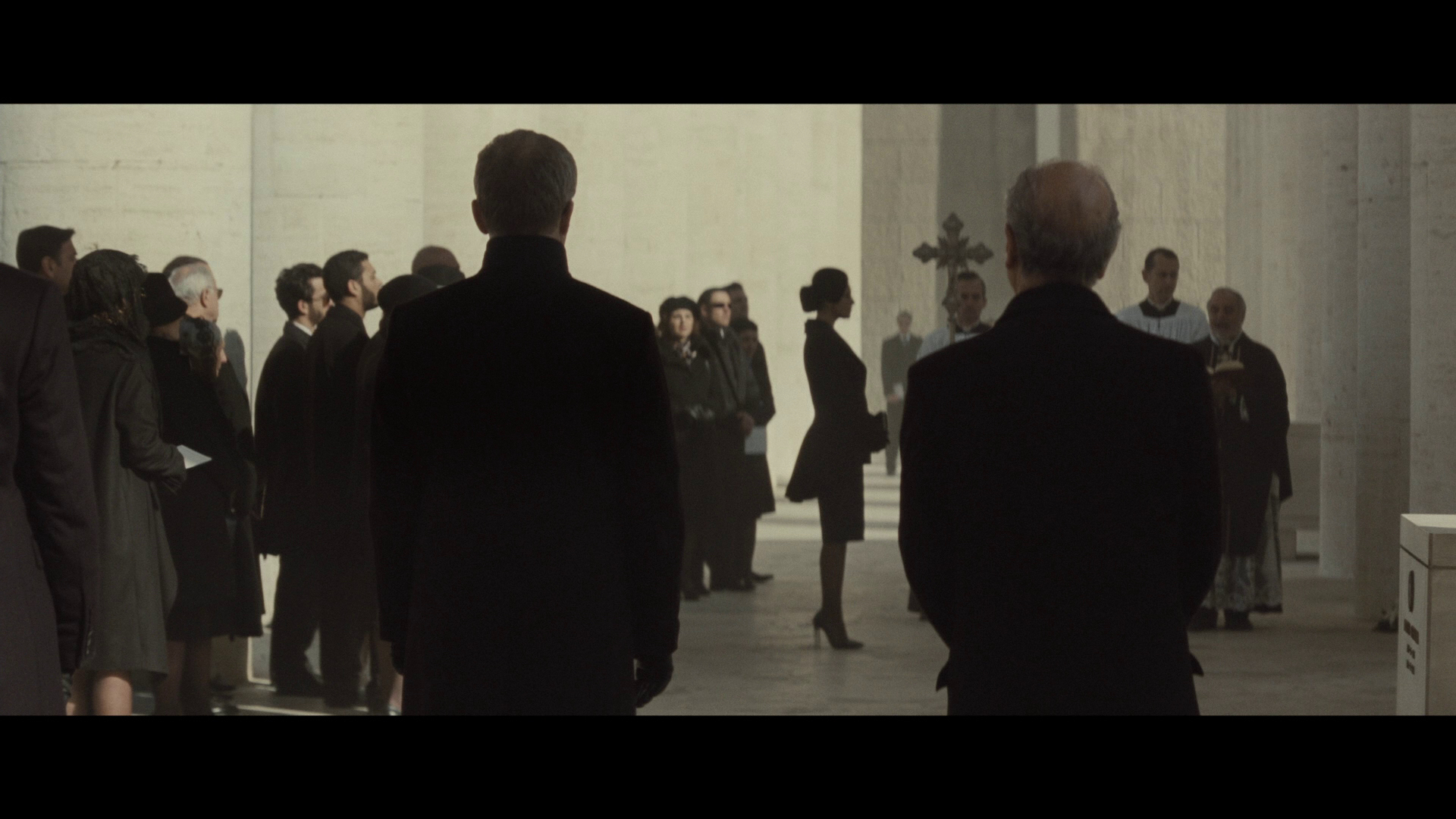 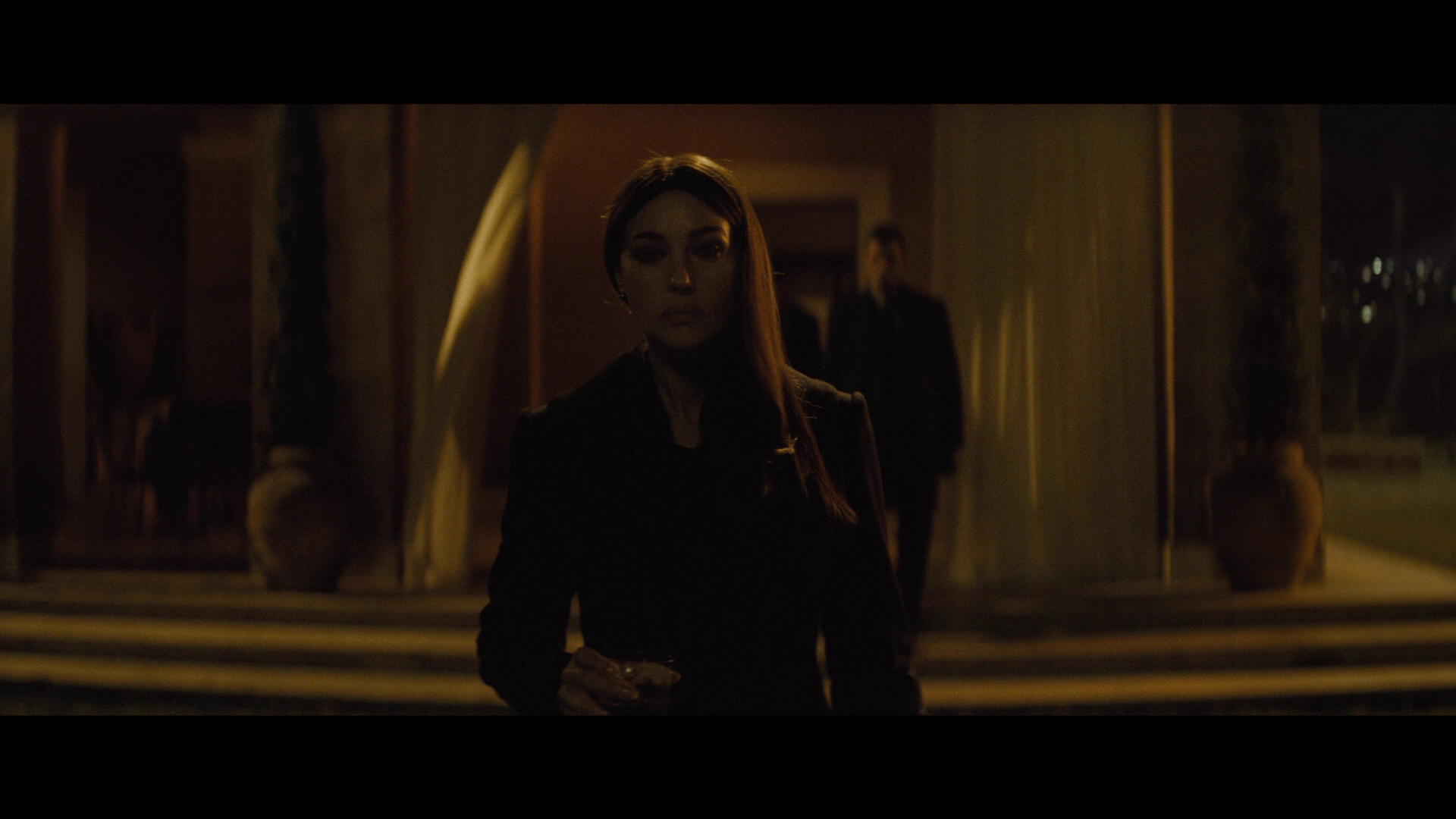 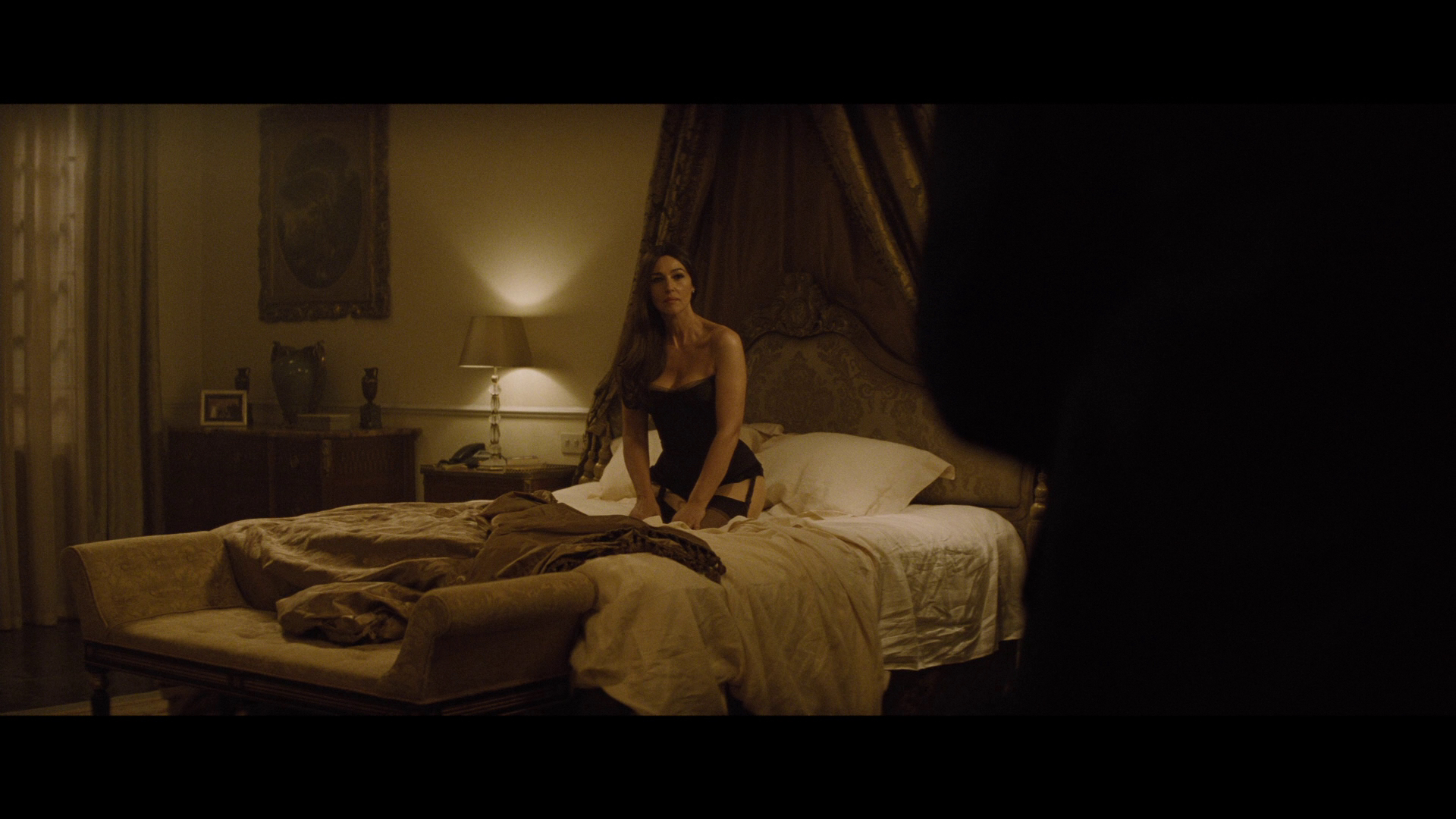 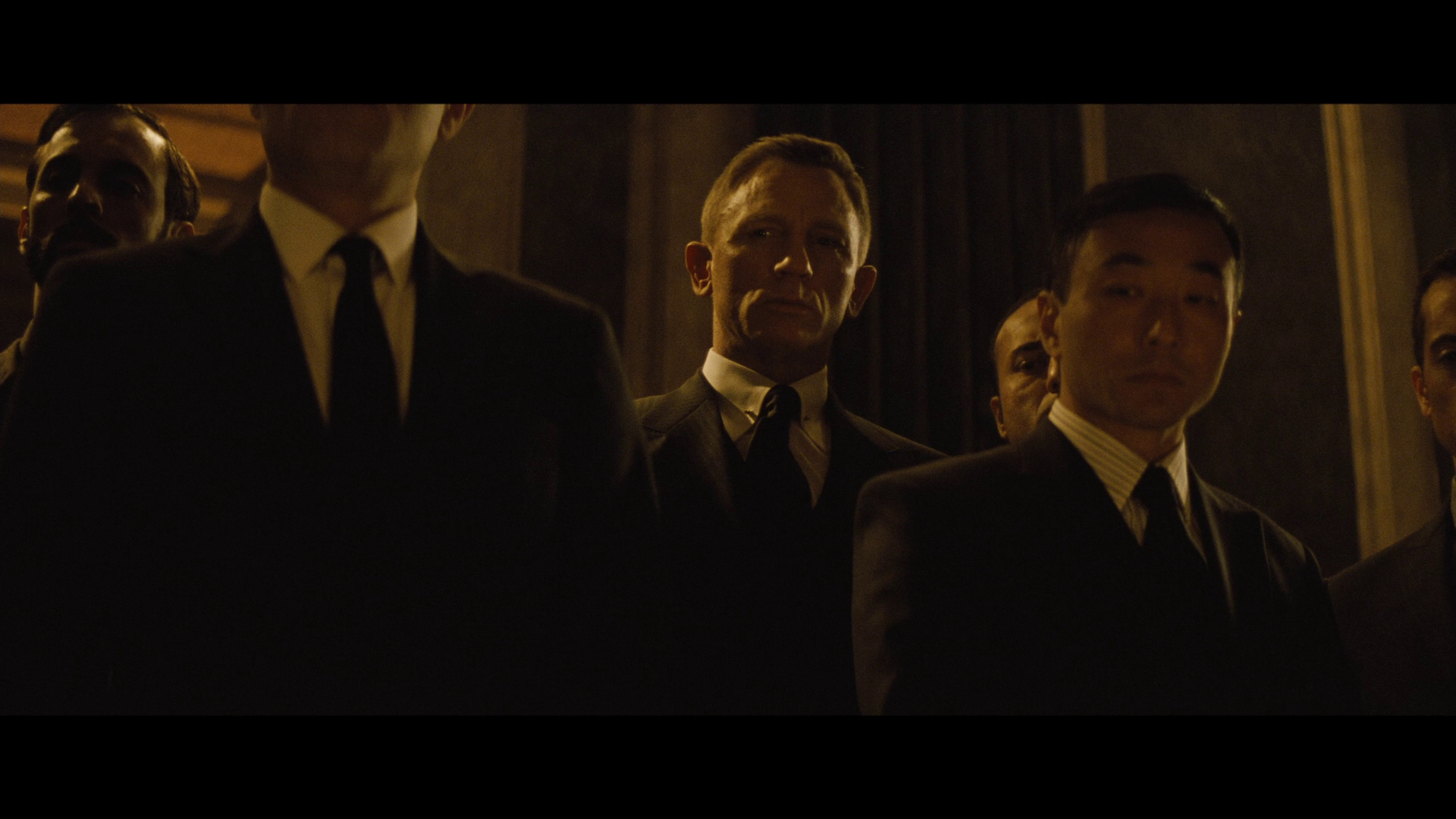 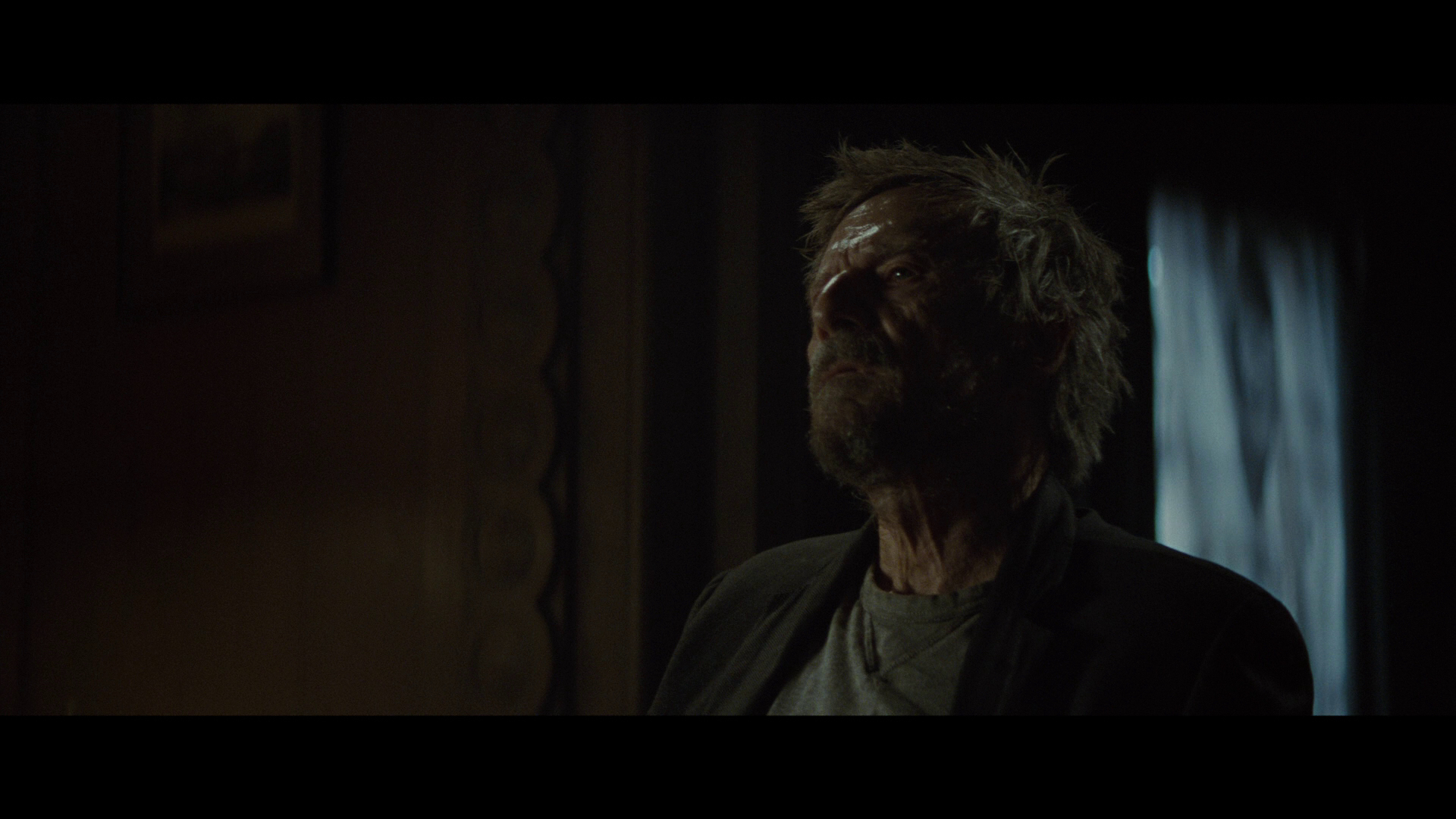 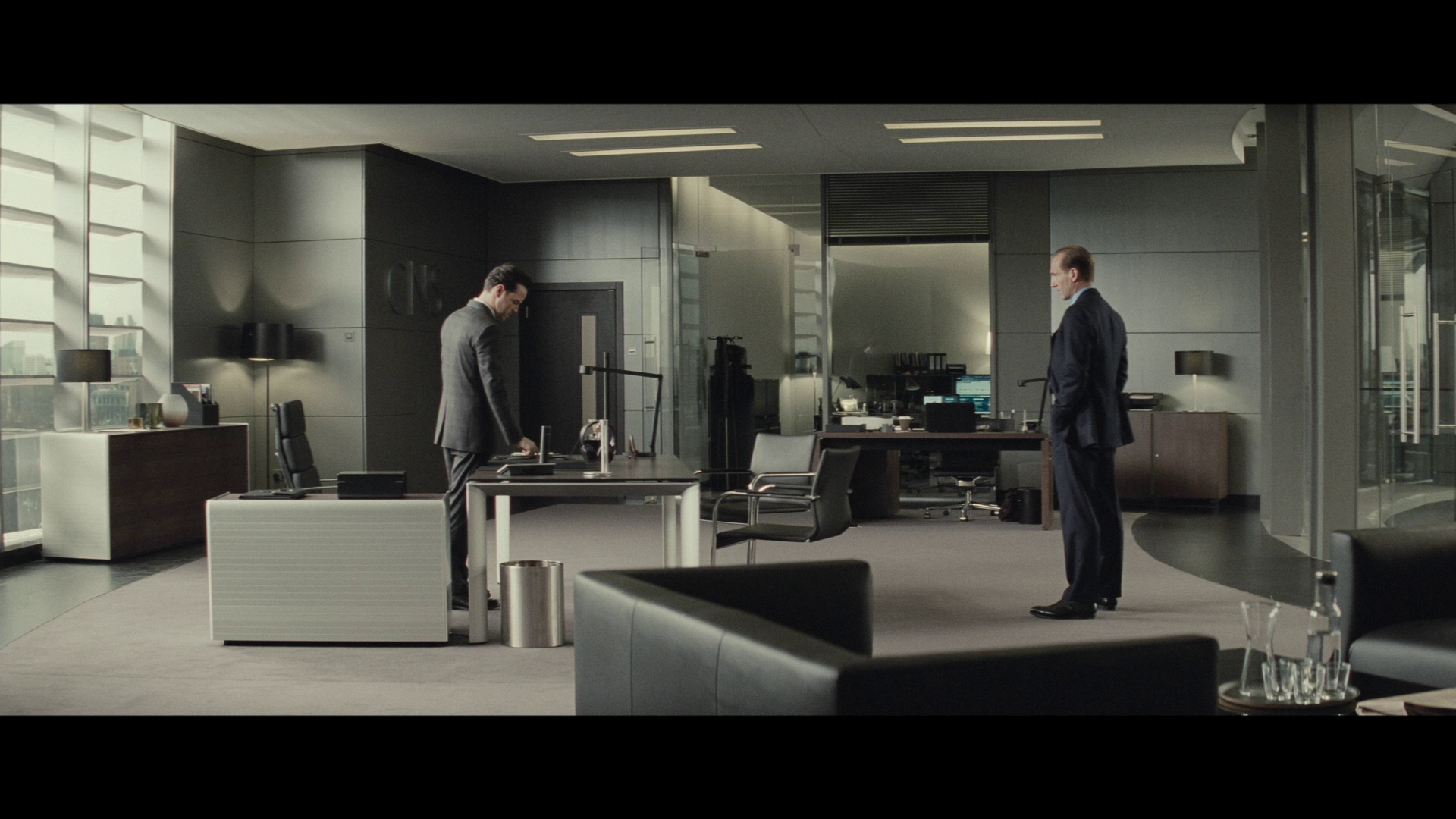 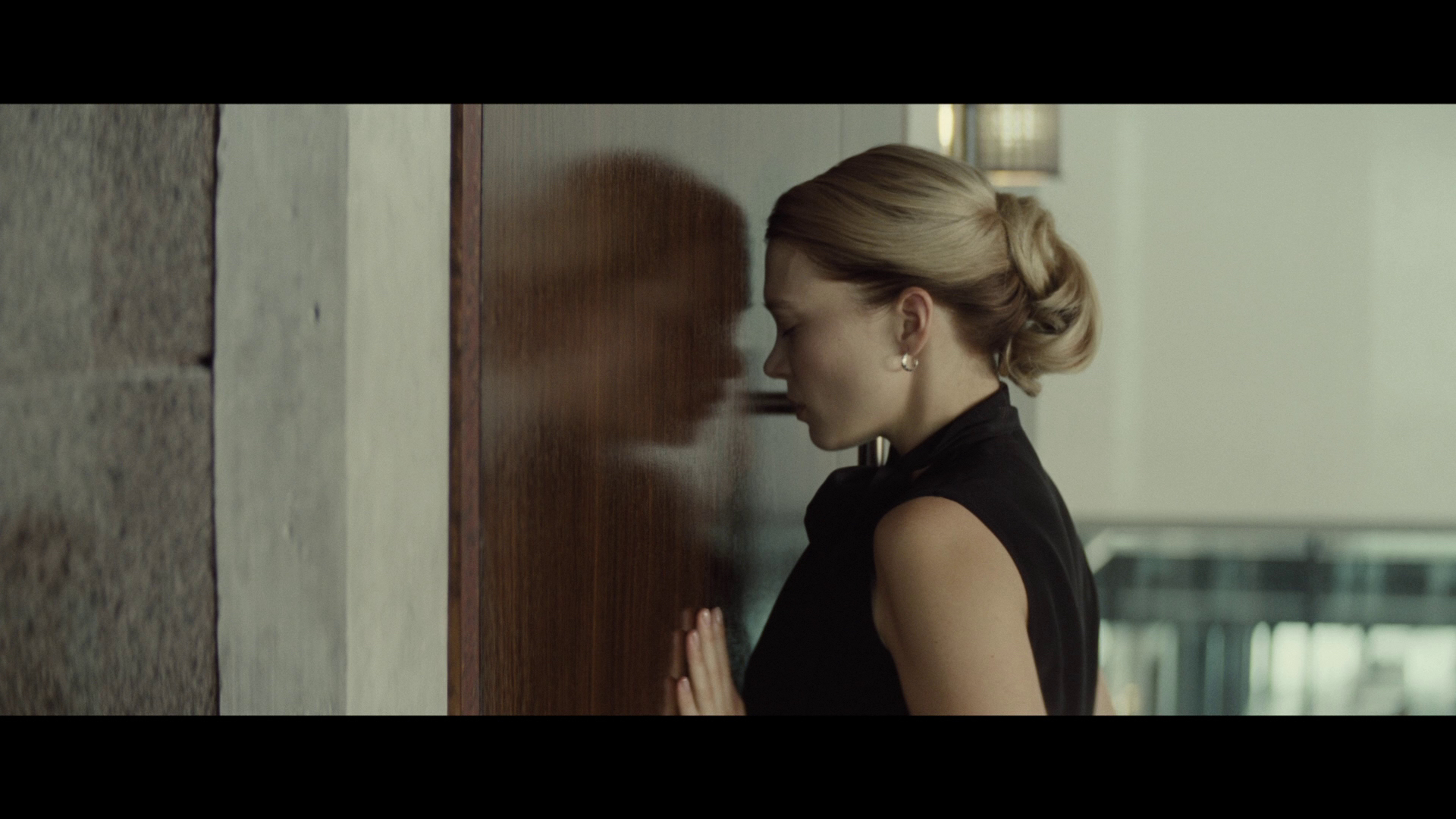 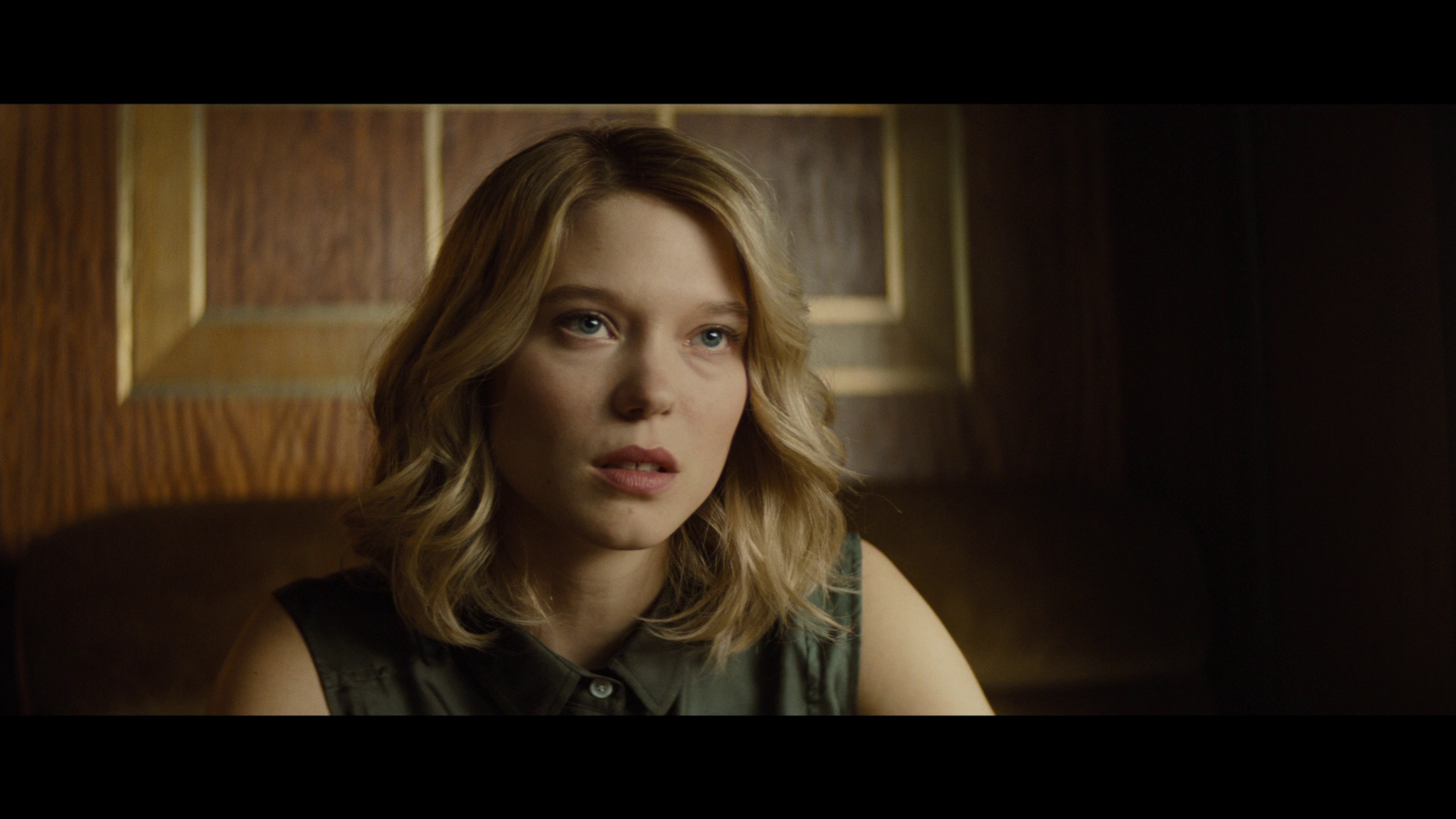 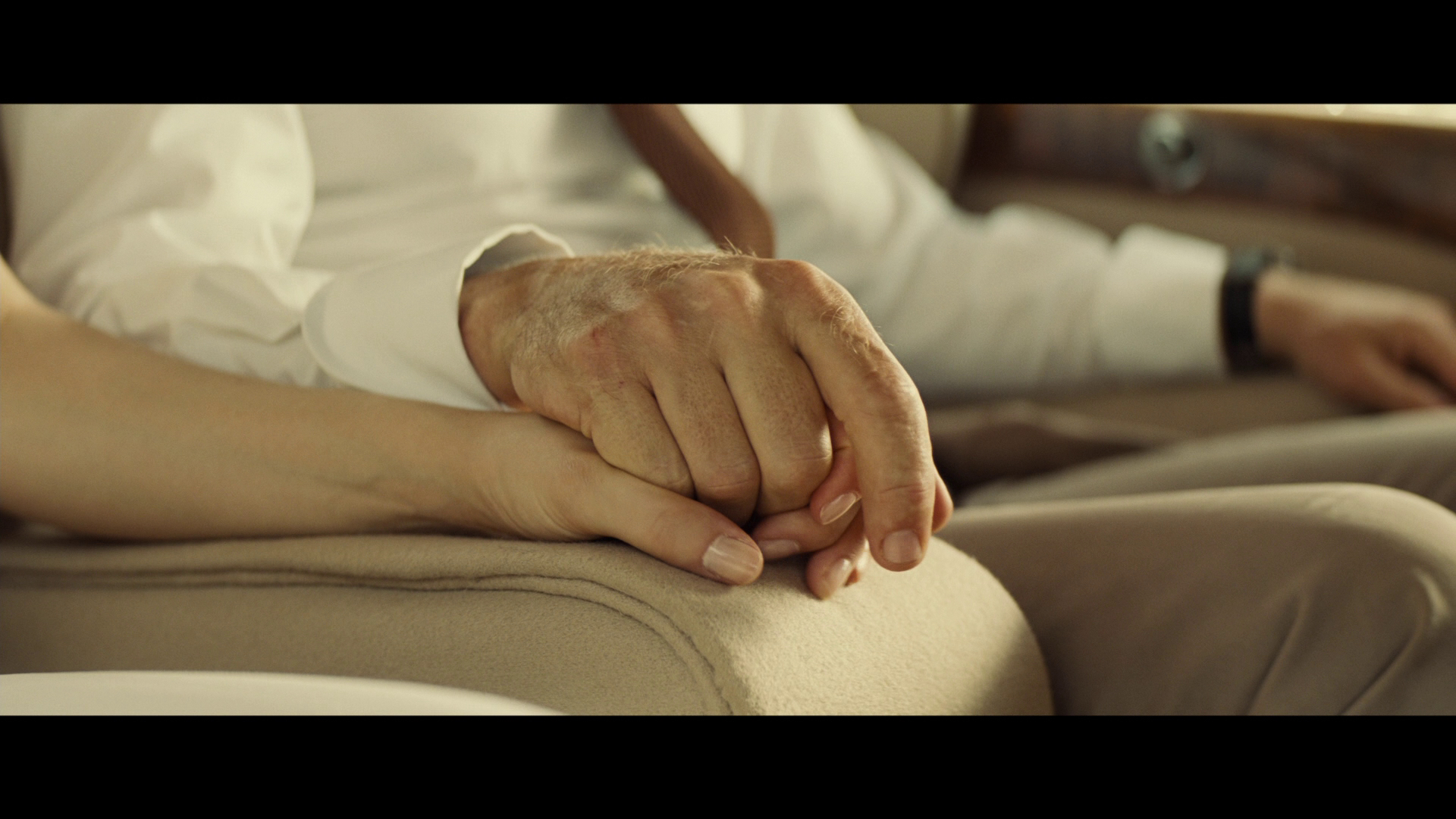 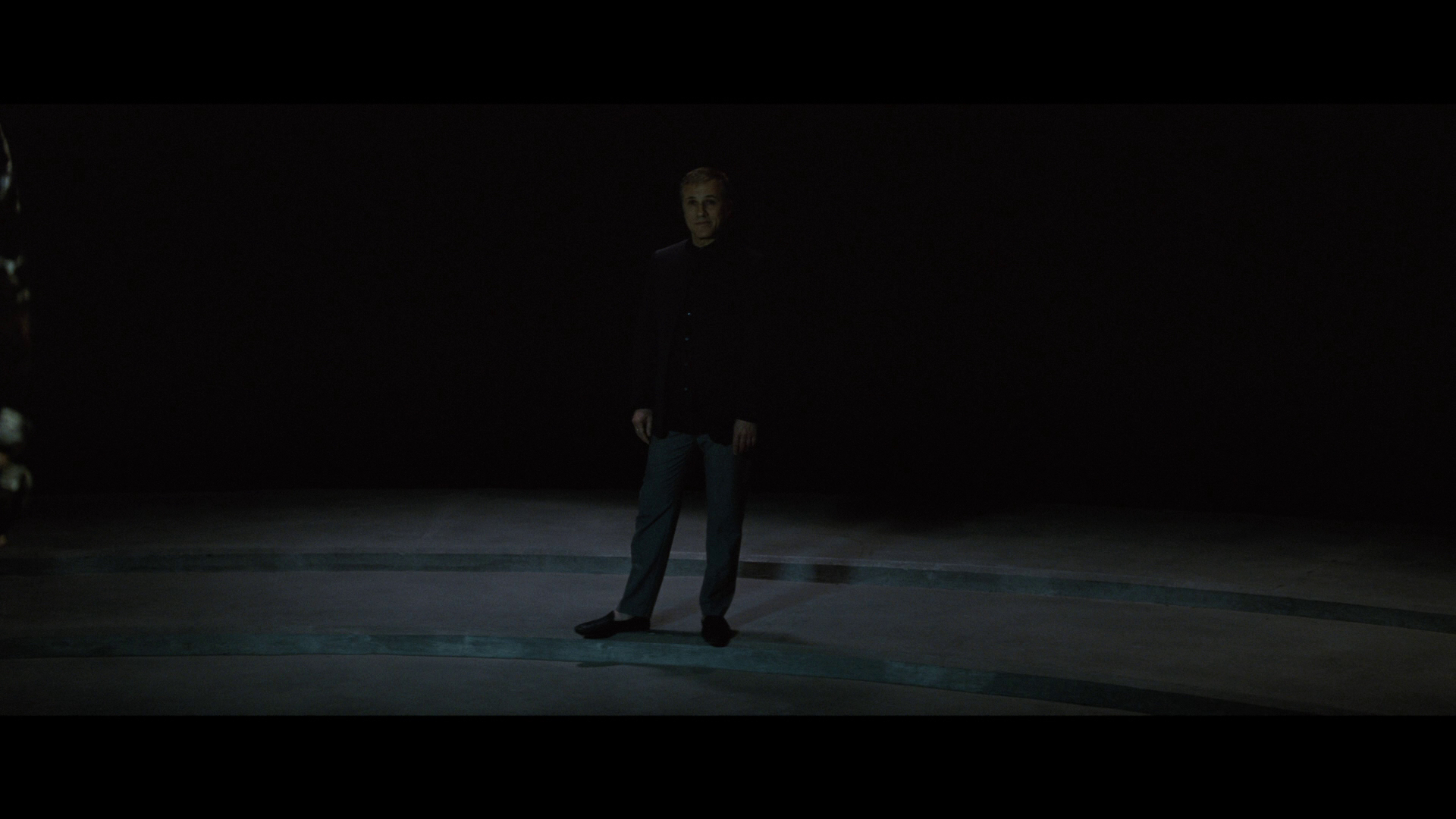 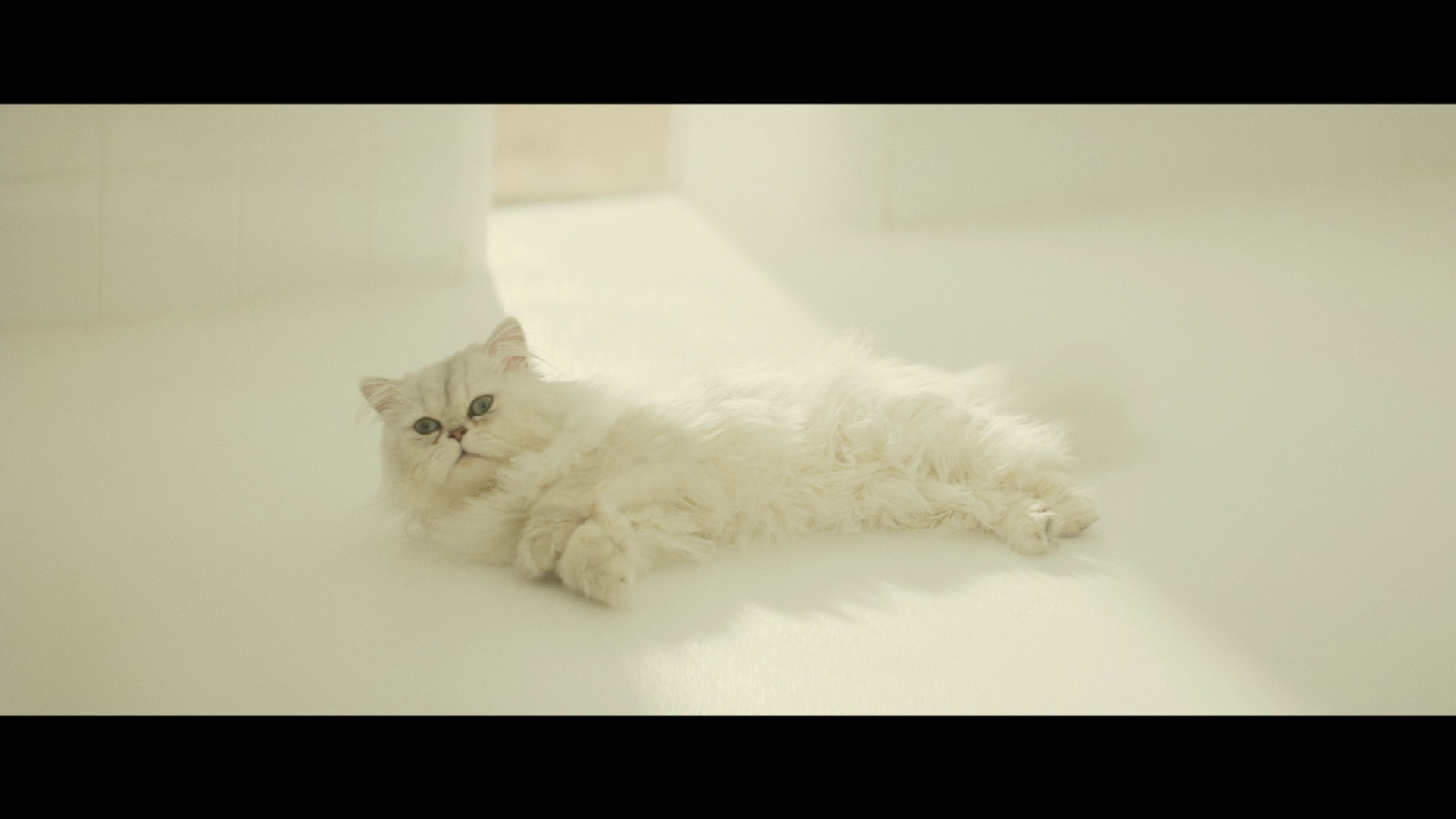 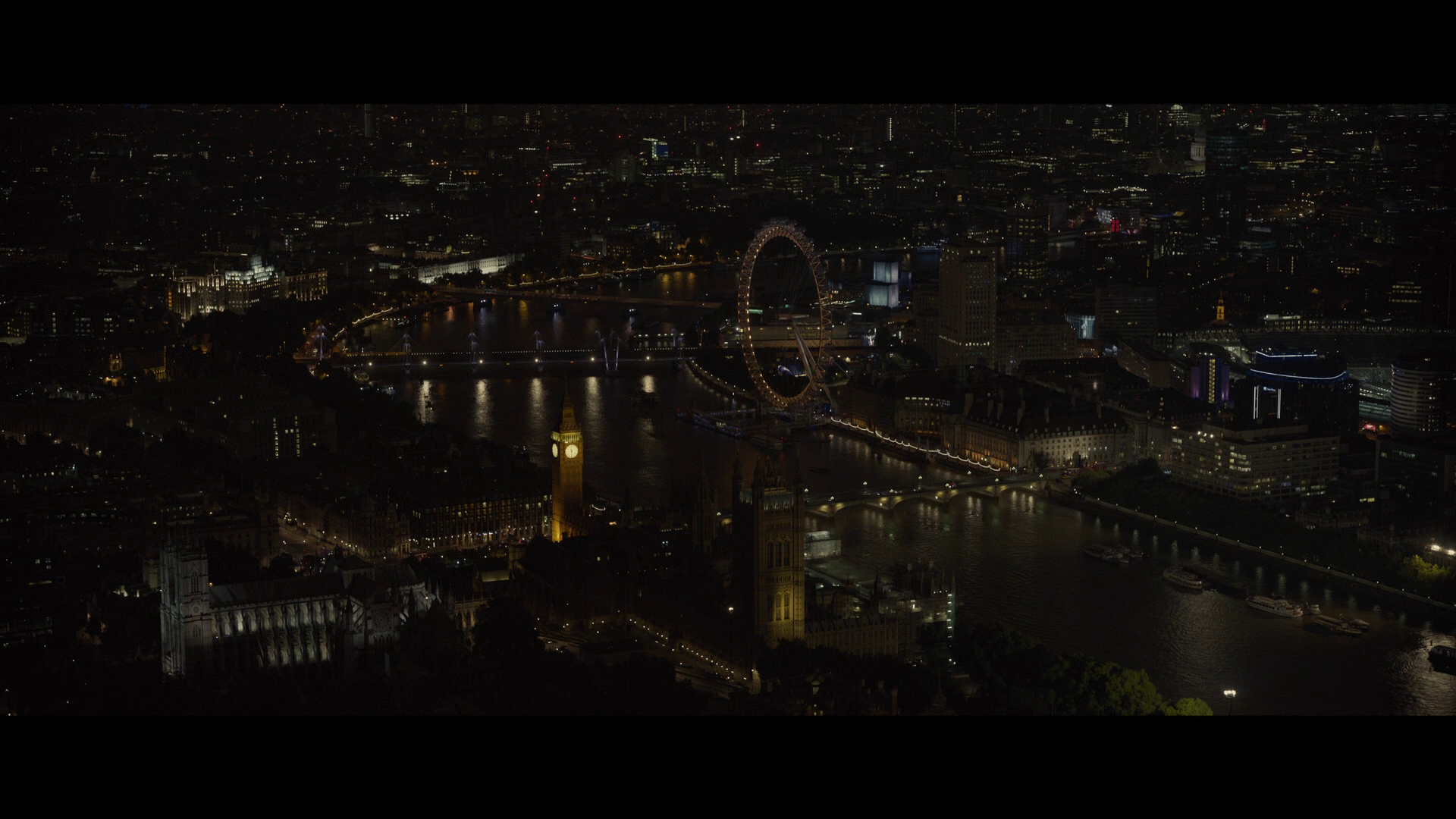 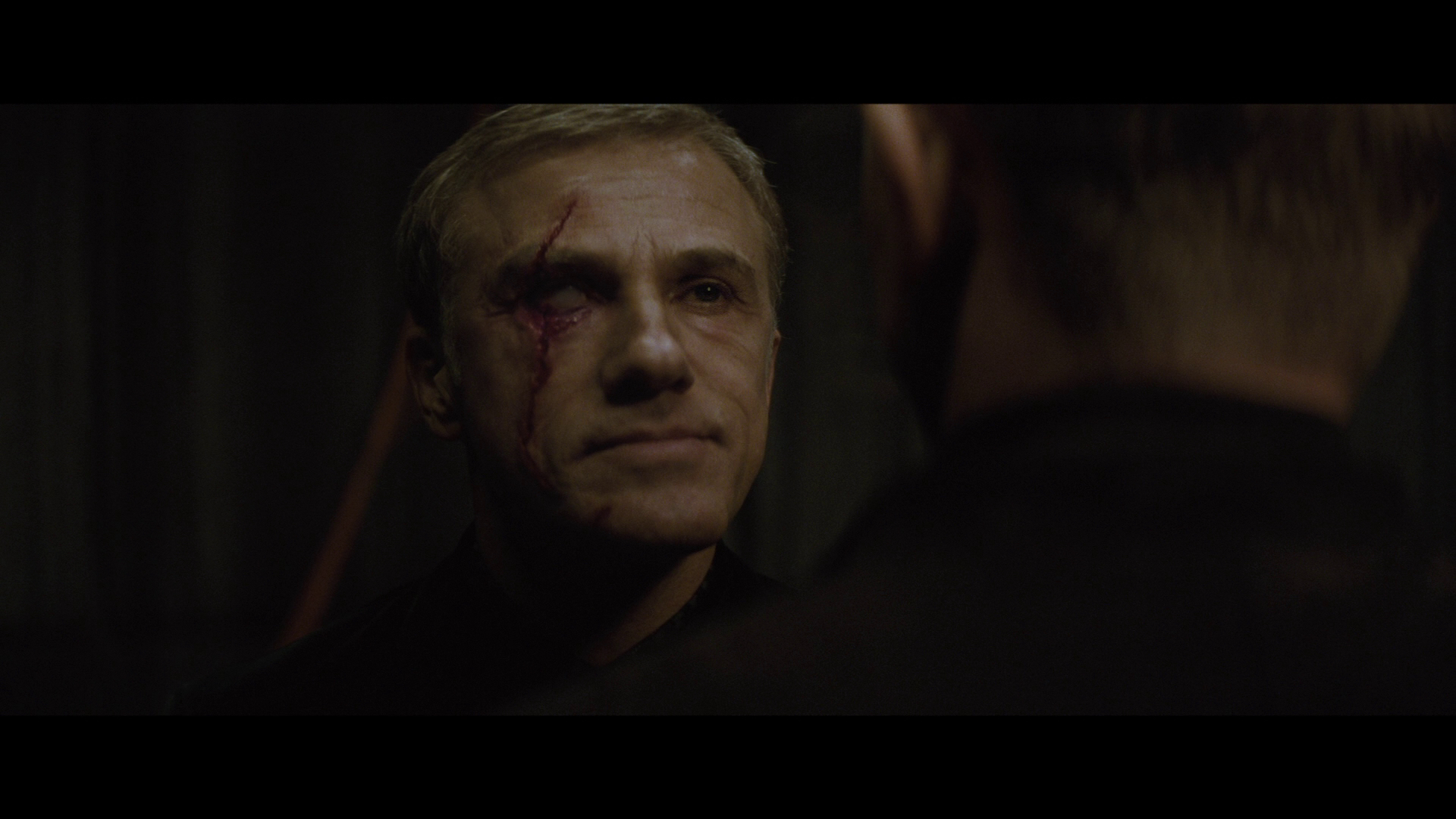