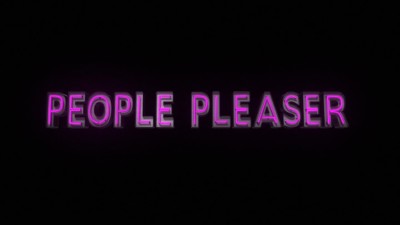 
The Show
It's been awhile since we've been graced with a new stand-up special from Daniel Tosh, who's been keeping busy with his popular Comedy Central internet-observing series Tosh.0. But with People Pleaser, he takes the spotlight again, in a show recorded in July 2015, in Los Angeles. The time away from the stage has not softened him in anyway (as any fan of his show could easily attest to) and this special has something to offend just about everyone, with jokes about rape, pedophilia and even crossfit. Would you expect anything different?

As much as you might want to not like him for what he says, there's an undeniable charm to Tosh that lets him get away with saying things that are incredibly tasteless. Part of it is how unapologetic he is in his comedy, fully owning how awful what he's saying is, to the point of even warning the audience as to what's coming. There's no surprise when he talks about putting orphans in pens outside the supermarket to spur adoption or how he appreciates the audacity of America's history of slavery. By pushing the offensive to ridiculous extremes, such as when he asks the audience to consider the good things OSama Bin Laden did, he approaches something akin to Jonathan Swift, particularly in his special-opening run on problem solving. 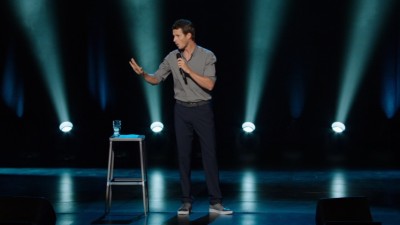 Many of Tosh's normal topics are present and accounted for here, including talk of relationships, a bit about sports and, of course, the difference between genders and races. Though he's often touched on the uncomfortable before, there are some notably dark hits in this special, which almost quiet the crowd at points. As I noted in a review of his series, Tosh expresses a sincerely frat-boy mentality, but does it with a wink that indicates that, despite the invective, he's making fun of that mindset. That's clear in one of his best jokes in this special, where he points out the limits of sarcasm. The fact that no one is safe from his jabs also ensures you can't (or at least shouldn't) get hurt by them. He targets lazy americans, billionaires, child-molesting football coaches and hoarders equally.

Though there are some memorable bits, including a show-ending pair of stories about road rage, overall it's not the funniest work Tosh has done. It definitely lands further on the clever end of the scale than the hilarious, and the audience reacts accordingly. Perhaps this is the natural result of an act that has pushed the envelope so often. Stand-up comedy is heavily reliant on the unexpected, and when the audience is braced for it, there's less of a chance to catch them unaware and get laughs. 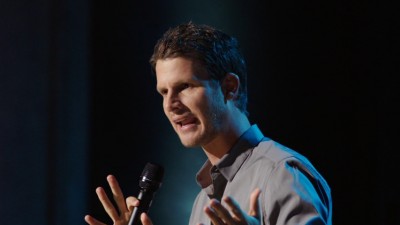 The Disc
People Pleaser arrives on a DVD packed in a standard keepcase, which features a static menu offering a choice of versions and subtitles. There are no audio options, while subtitles are available in English.

The Quality
The anamorphic widescreen transfer offered for this show is quite nice, with appropriate colors and skintone on Tosh, though the location is exceedingly dark, with just some hazy beams of light breaking up the black background. The audience is barely visible for the most part. The level of fine detail is decent, but not exceedingly high, looking best in close-ups. Digital distractions are not a concern.

As it should be with all stand-up DVDs, but too often is not, the Dolby Digital 5.1 track provided here puts the viewer in the audience, utilizing the center channel for Tosh, while the sides and rear channels handle the audience (with some natural spillover from Tosh.) As expected, the low-end has little to do outside of the opening and closing uses of Butthole Surfers' "Pepper." The track is clear and strong throughout, with good separation between Tosh and the crowd.

The Extras
The only extra is an extended, uncensored version of the special, which runs a little more than 12 minutes longer than what will air on Comedy Central. It manages to get a bit darker, touching on handicapped people, cancer and more about abortion, with jokes about soccer and a funny run on reality television that should have been in the main special. 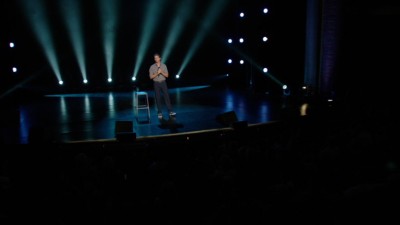 The Bottom Line
This is same Tosh that we've been enjoying for years, hitting on the same points that have brought him his fame. Though getting more of the same isn't a bad thing when it works, there's a sense of diminishing returns, and the laughs are not as often as they have been in the past, as his jokes feel more clever or biting than anything else. The disc looks and sounds solid and offers more (if not better) jokes than what could be seen in the version on Comedy Central, so Tosh fans will likely want to add it to their collections, while newcomers should check out his earlier Happy Thoughts or Completely Serious first.