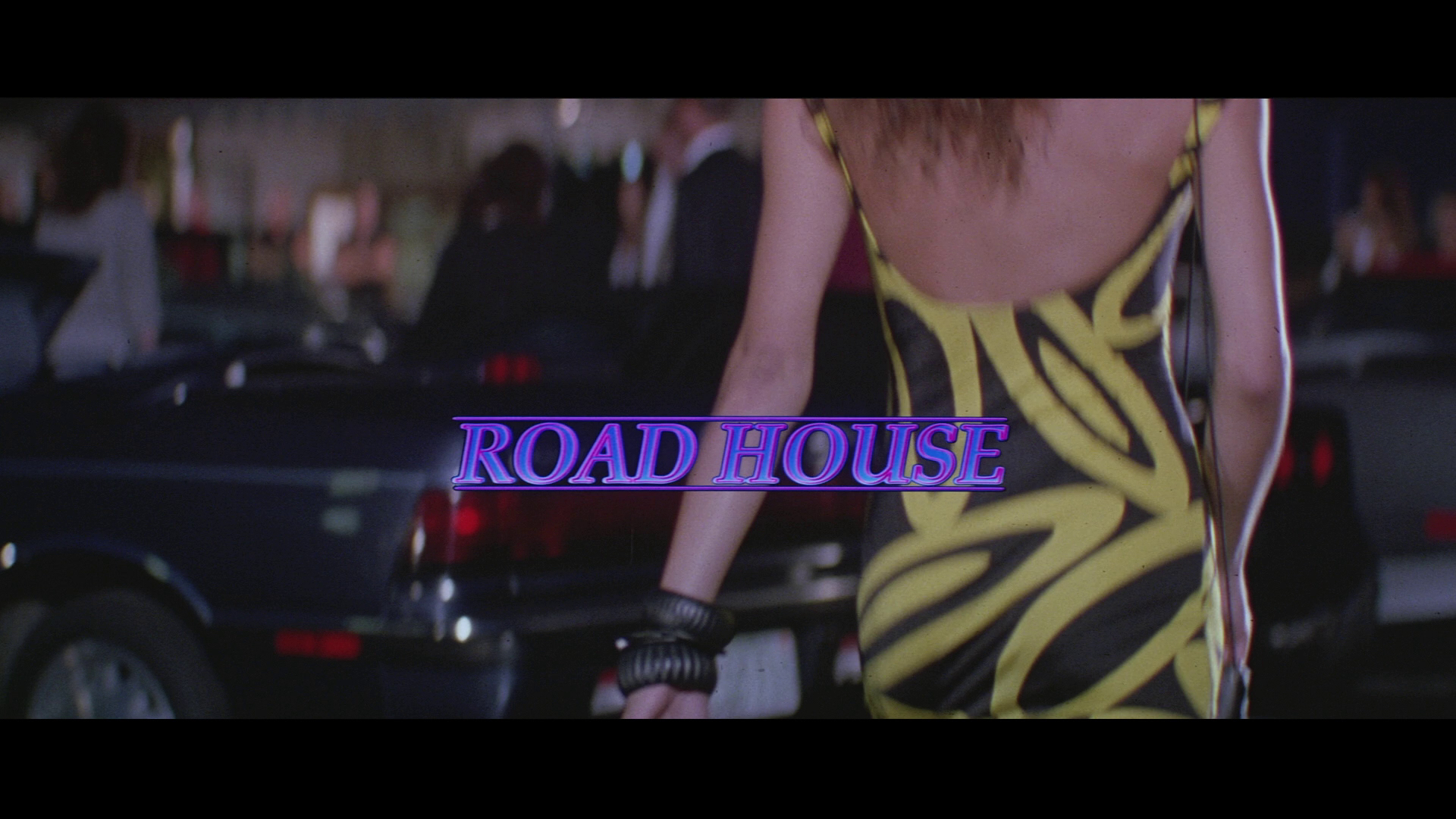 Rowdy Herrington's Road House sent the 1980s out with a bang with its medley of nonstop, bone-crunching action; brazen dialogue; and miles-from-subtle melodrama. Starring Patrick Swayze in his prime, this masterpiece of cheese may well be one of the most entertaining films of our time. What is there left to say about such a ubiquitous achievement? For starters, there is now a definitive edition of the film available for your home theater. As part of its new "Shout Select" line, Shout Factory releases Road House in a two-disc, Collector's Edition package with a new 2K transfer. The Blu-ray is stacked with extras, too, and fans of the film won't have to be persuaded to upgrade to this new edition. And fear not, the film remains as enjoyable as ever. You'll be telling your buddies, co-workers and random strangers how you f***ed guys like them in prison before you know it!

In the fantastical world created by screenwriters David Lee Henry and Hilary Henkin, nightclub bouncers are known across the land for their heroics in drunken battle. One such shepherd of the night is James Dalton (Swayze), who is poached from his New York City post to clean up the Double Deuce in Jasper, Missouri. He soon discovers a town rife with graft and a nightclub littered with thugs and drugs. He begins knocking heads and canning the staff, which catches the attention of their enabler, corrupt businessman Brad Wesley (Ben Gazzara). Wesley expects allegiance in the form of cash, and is able to interrupt liquor sales to the Double Deuce when Dalton starts asking too many questions. Outside the bar, Dalton befriends local storeowner Emmet (Sunshine Parker) and falls for "Doc" Clay (Kelly Lynch). When work drama spills over into his personal life, Dalton calls an old friend, Wade Garrett (Sam Elliott), for advice on how to control Wesley. 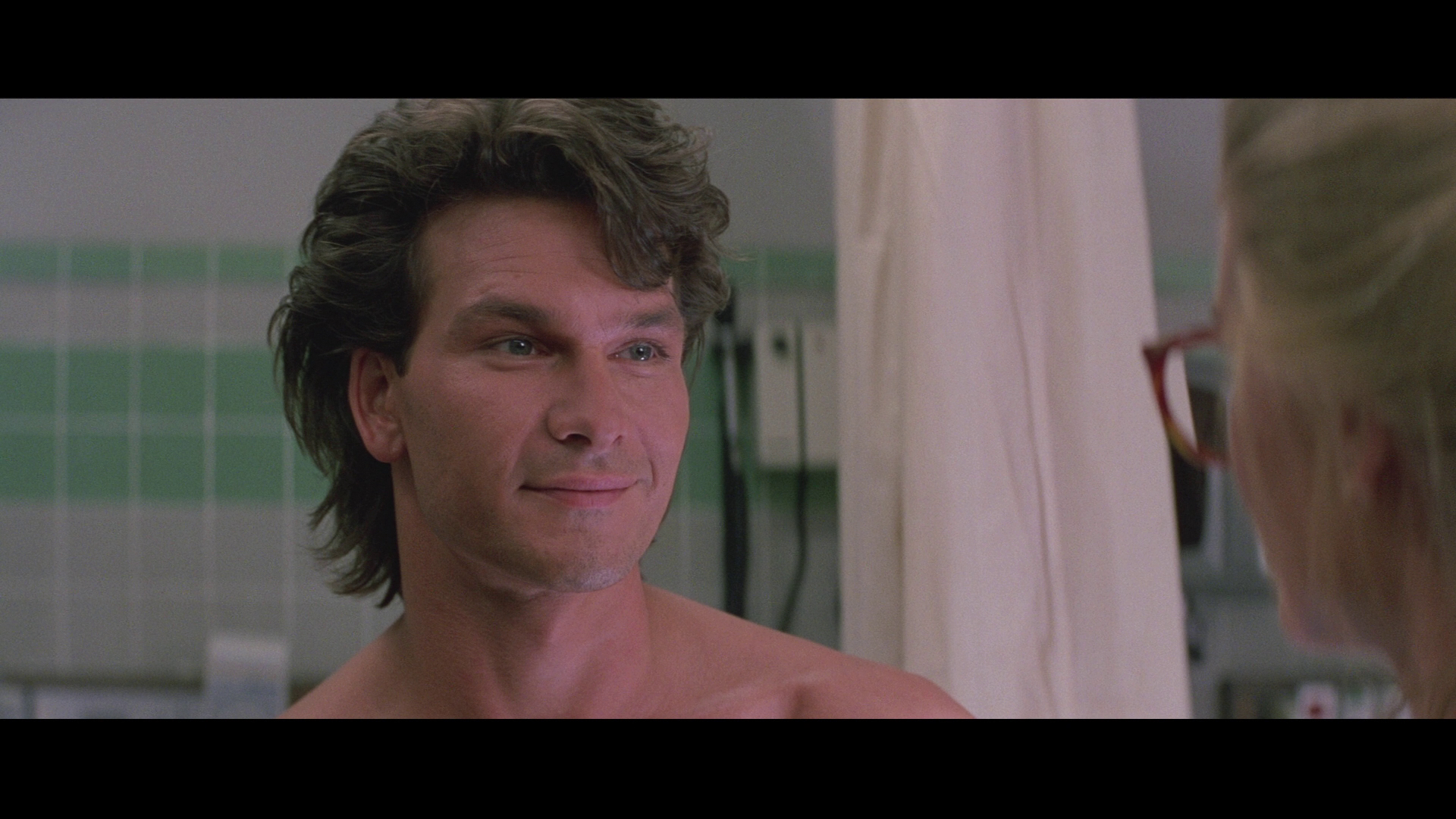 This machismo masterwork is not a good movie in the academic sense, but it has endured as one of the most entertaining films of the last two decades. Here is why it works: Everyone is 100 percent on board with the drama but knows exactly what type of movie they are shooting. Road House is serious without taking itself too seriously. Swayze sucks you into his role and the struggles of a small-town savior, and the late actor is able to sell the most ridiculous melodrama. And damn is he charismatic. Whatever gene makes a movie star, Swayze had in spades, despite never really earning the recognition he deserved. Road House is also exceptionally entertaining. Few movies offer as much action, drama and romance in two hours, and the dialogue is inherently quotable. "I want you to be nice until it's time not to be nice," says Dalton. Tell your kids.

The talent behind the camera bolsters the overall effectiveness, too. Herrington has an action-director name only surpassed by the less-talented Olivier Megaton. That he has only nine directorial credits to his name at the time of this writing is a travesty. He keeps the pace quick and action furious. The better-than-necessary cinematography is by the legendary Dean Cundey, who never shies away from making a B-movie look good. Joel Silver produces, and the talented supporting cast enjoys backing up Swayze. The hand-to-hand, throat-ripping combat is intense and led by stunt coordinator Charles Picerni. That Swayze did most of his own stunts is all the more impressive. This movie is a cultural phenomenon, a guilty pleasure and a favorite of many. For me, it gets better every time I watch.

Shout offers a 2.35:1/1080p/AVC-encoded image from a new 2k scan of the interpositive that was supervised by cinematographer Dean Cundey. The transfer is strong overall, and a substantial upgrade from the previous MPEG-2 image from the MGM Blu-ray. One slight quibble first: It appears there has been some tweaking with the gamma/contrast on this image, and it is quite a bit brighter than previous iterations. That is not necessarily a problem if approved by Cundey, but I did notice a few blown-out highlights, purple-blacks and pink skin tones. Otherwise, the image is stable, clean and nicely detailed, with a fine layer of natural grain. Yes, the source material still includes some out-of-focus shots, but that is not an issue with the transfer. The costumes, set dressings and make-up are more intimately rendered, and wide shots appear crisp and deep. Digital tweaking seems to be absent, and fans should appreciate this fresh presentation.

The 5.1 DTS-HD Master Audio mix supports the mayhem with ample surround action and plenty of LFE support. The fight sequences and action bits benefit from rolling effects and raucous subwoofer support. The dialogue, score and effects are balanced appropriately, and the musical selections are given breathing room into the surrounds. The disc also includes a 2.0 DTS-HD Master Audio mix for purists and English subtitles. 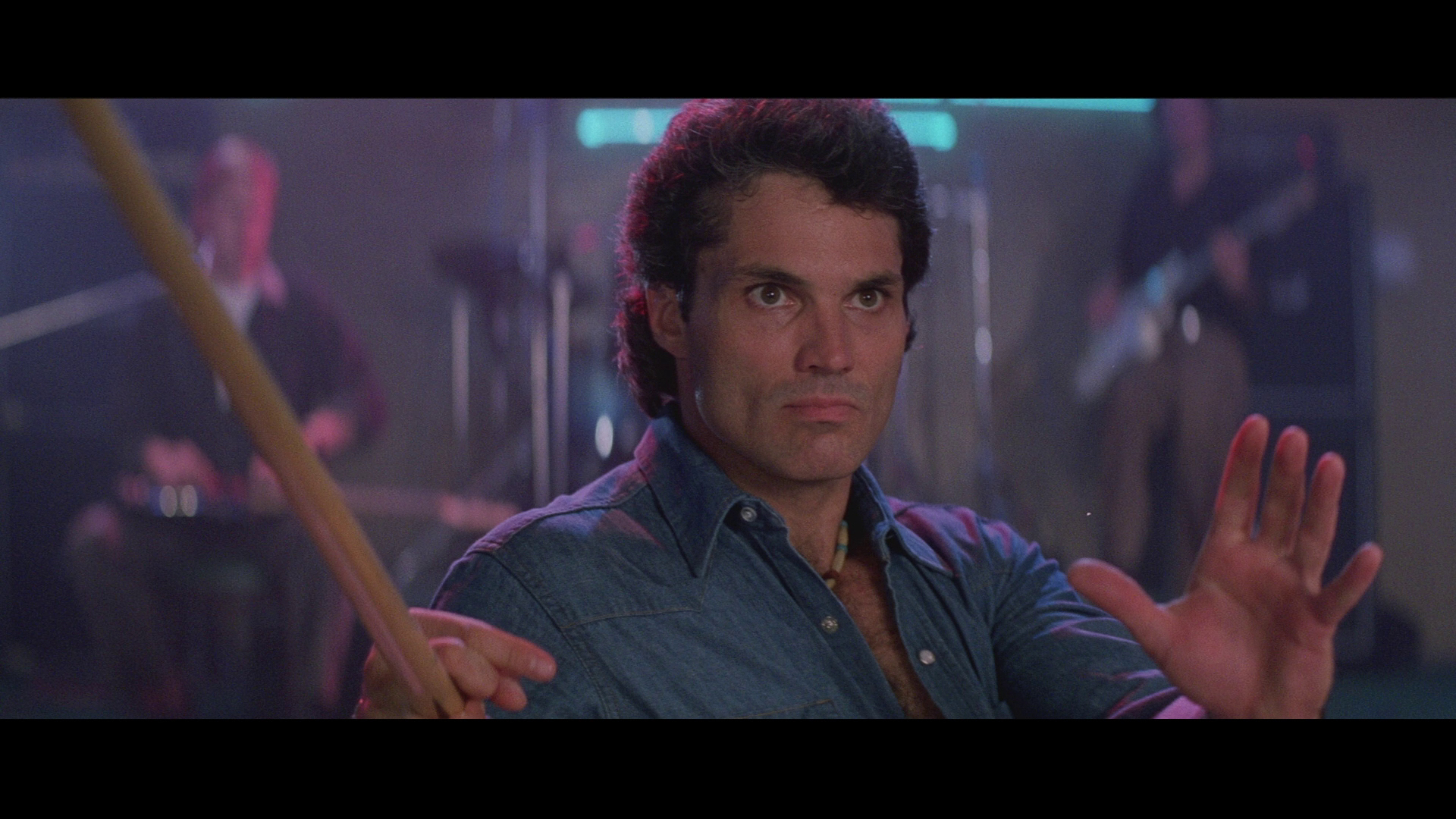 This two-disc set is packed in a standard case with two-sided artwork. The reverse is covered in stills from the film. Extras are plentiful and all found on Disc Two save the commentaries.

What else is there to say about this contemporary masterpiece? Road House is one of the most quoted and most enjoyable films of our time, and you likely already know how you feel about the Patrick Swayze-led actioner. Shout Factory's new Blu-ray edition offers strong picture and sound and a host of worthwhile extras. Plus, the replay value here is off the charts. DVD Talk Collector Series. 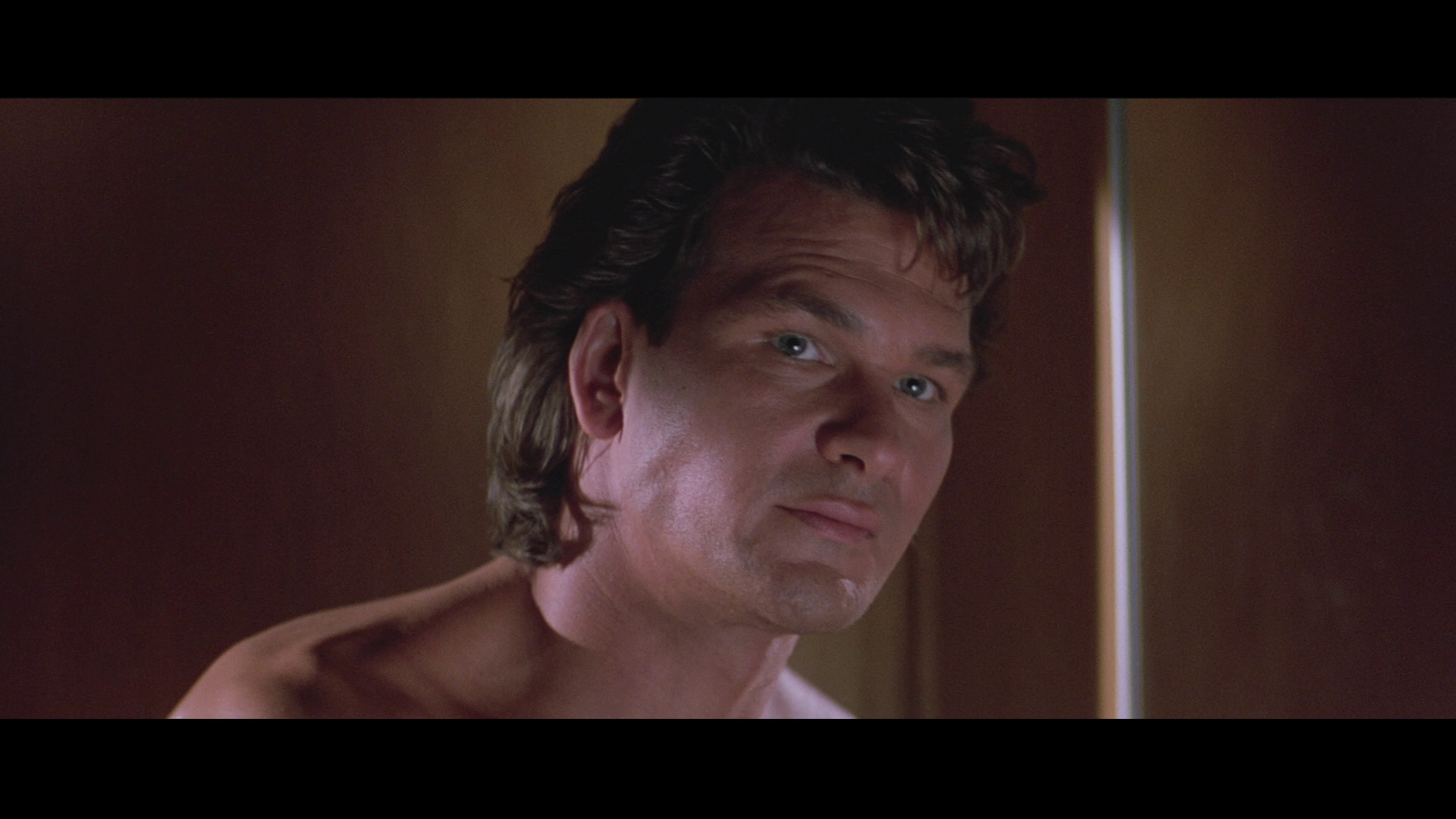 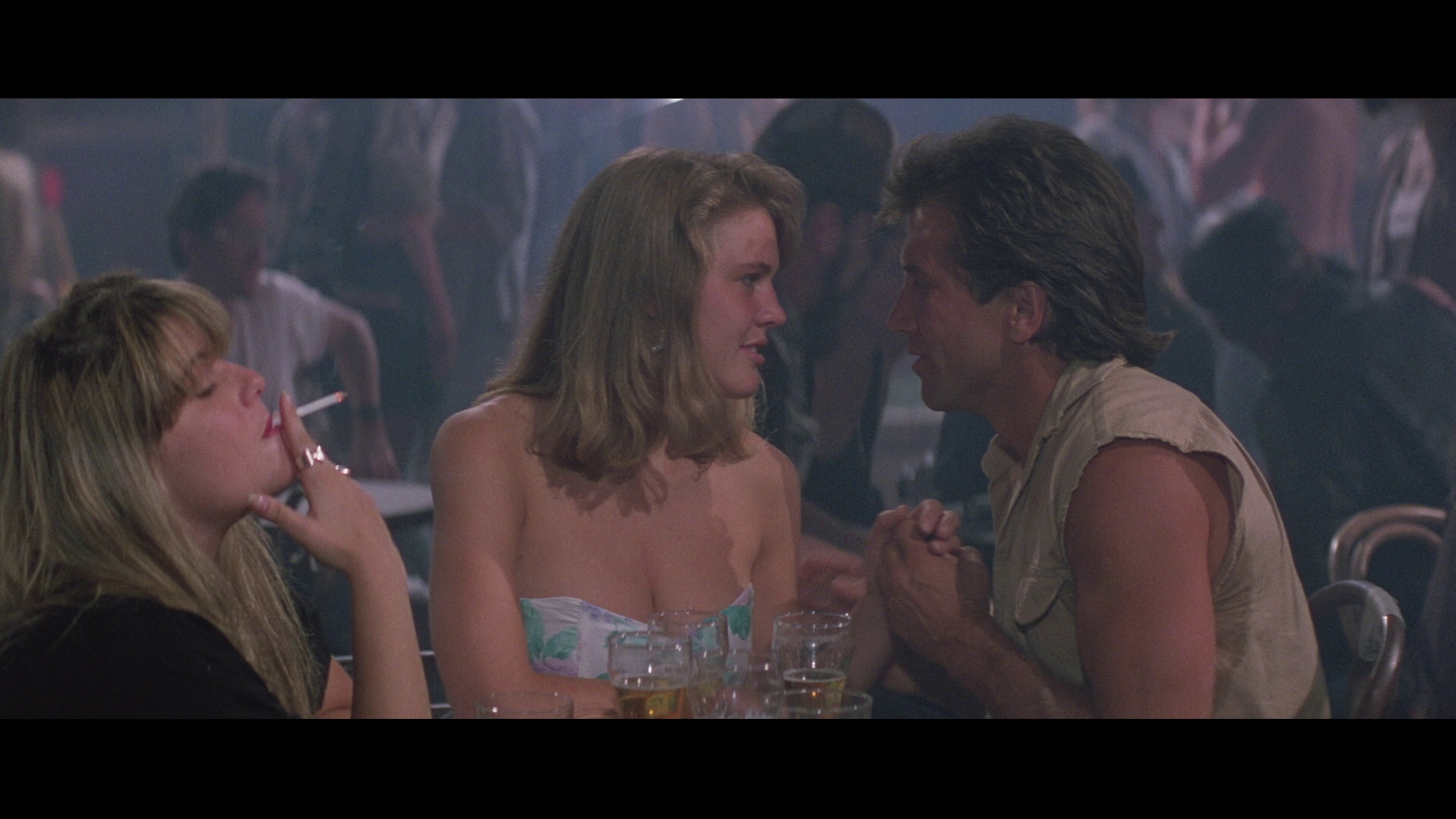 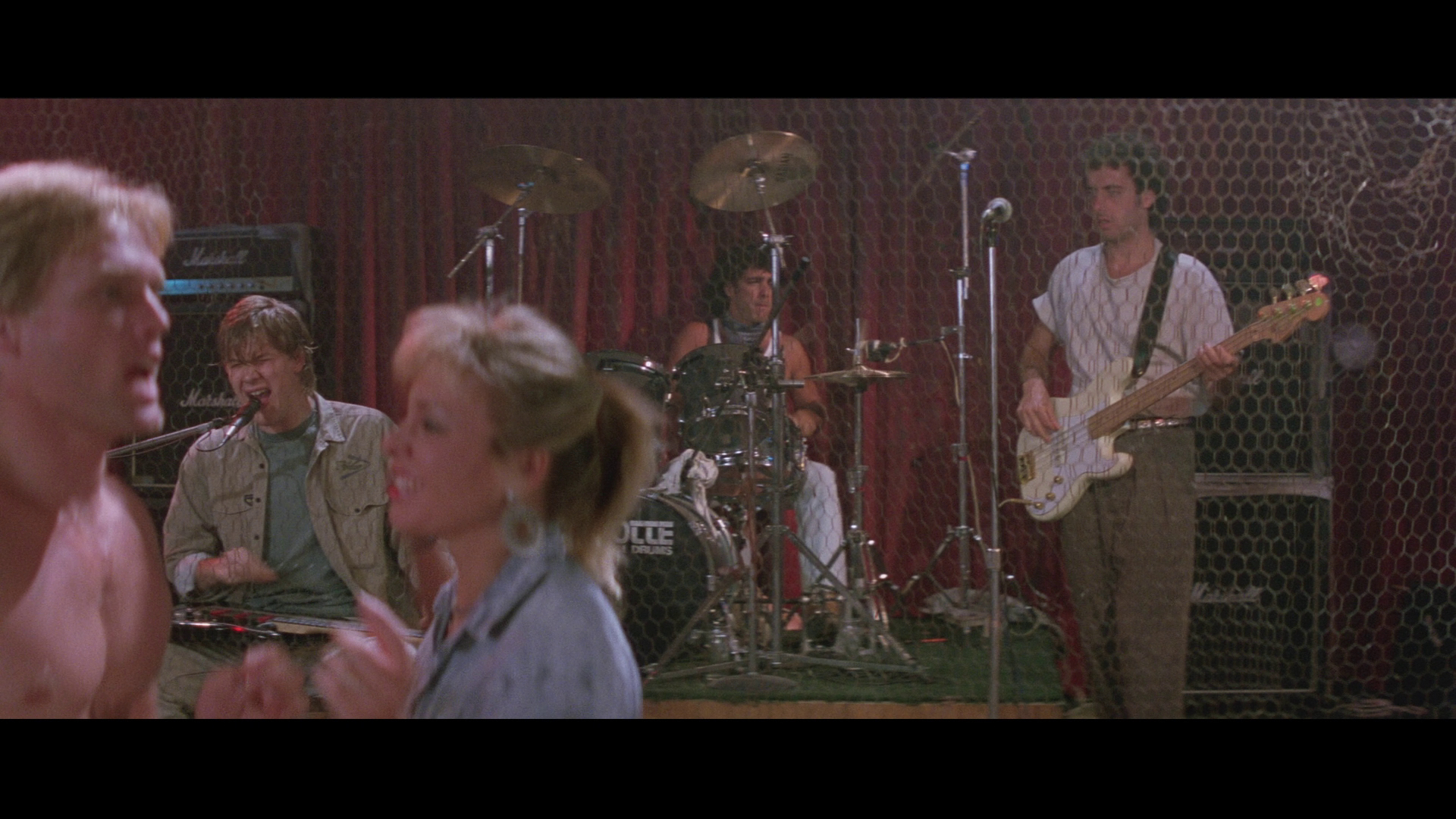 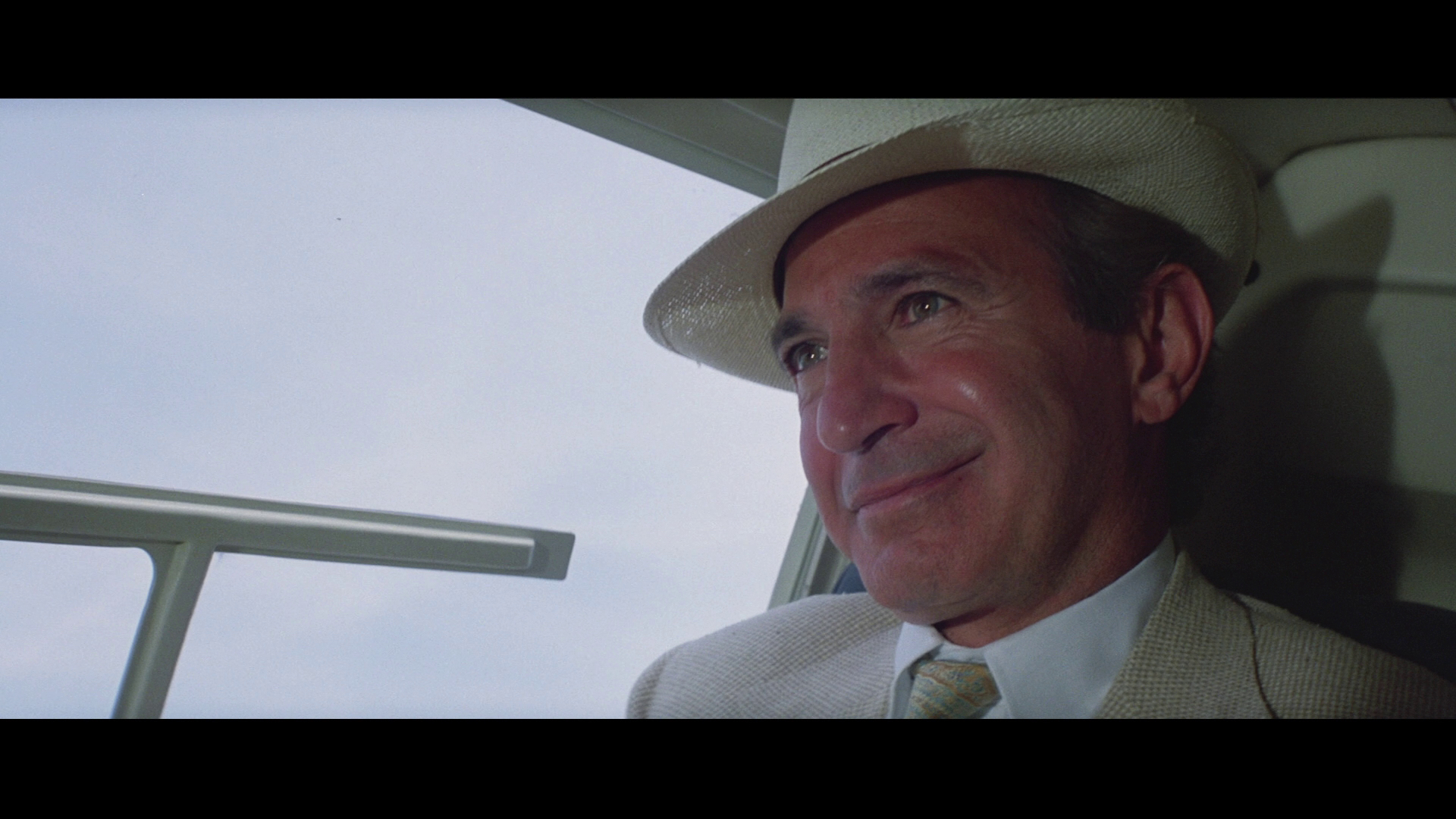 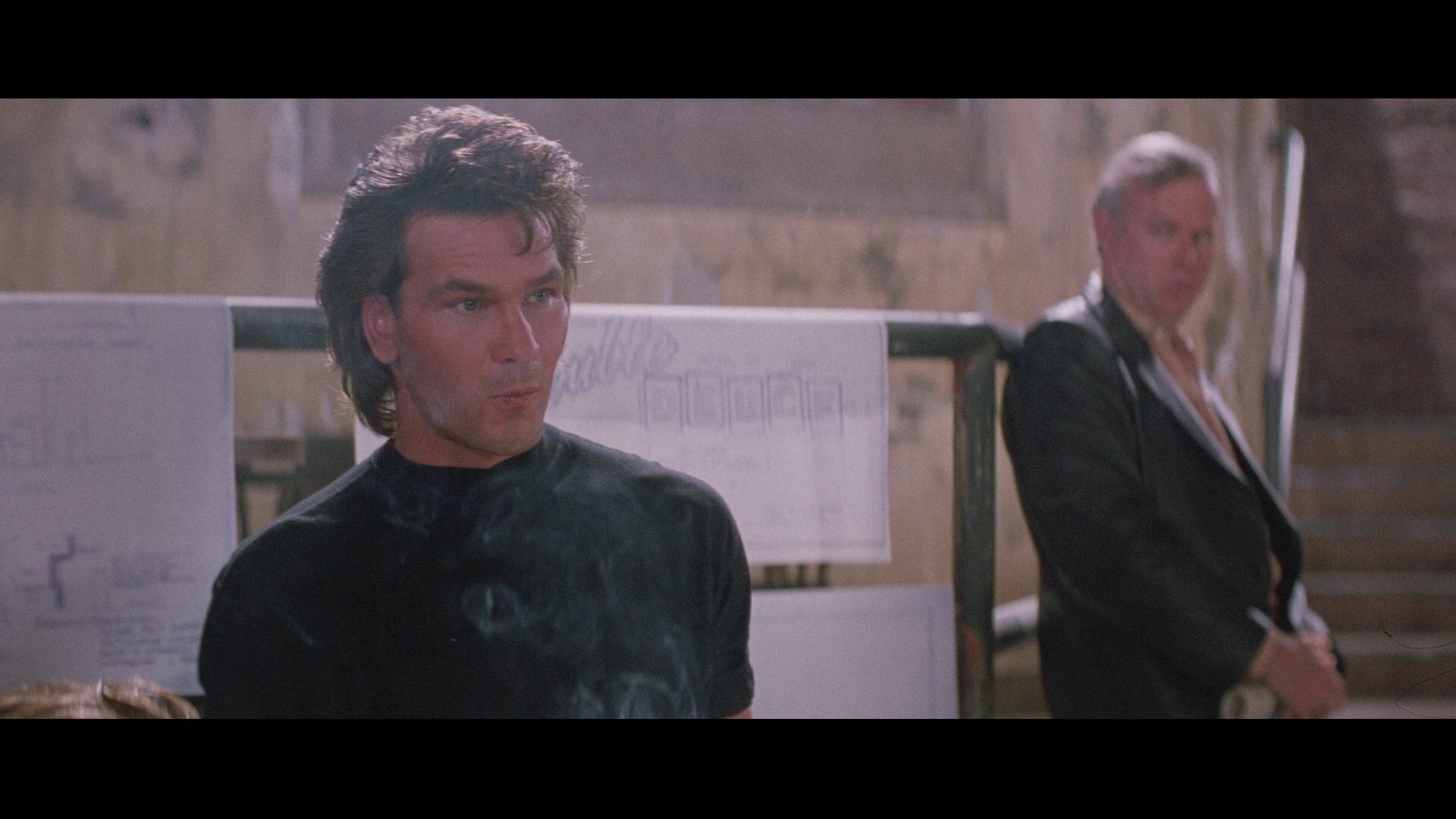 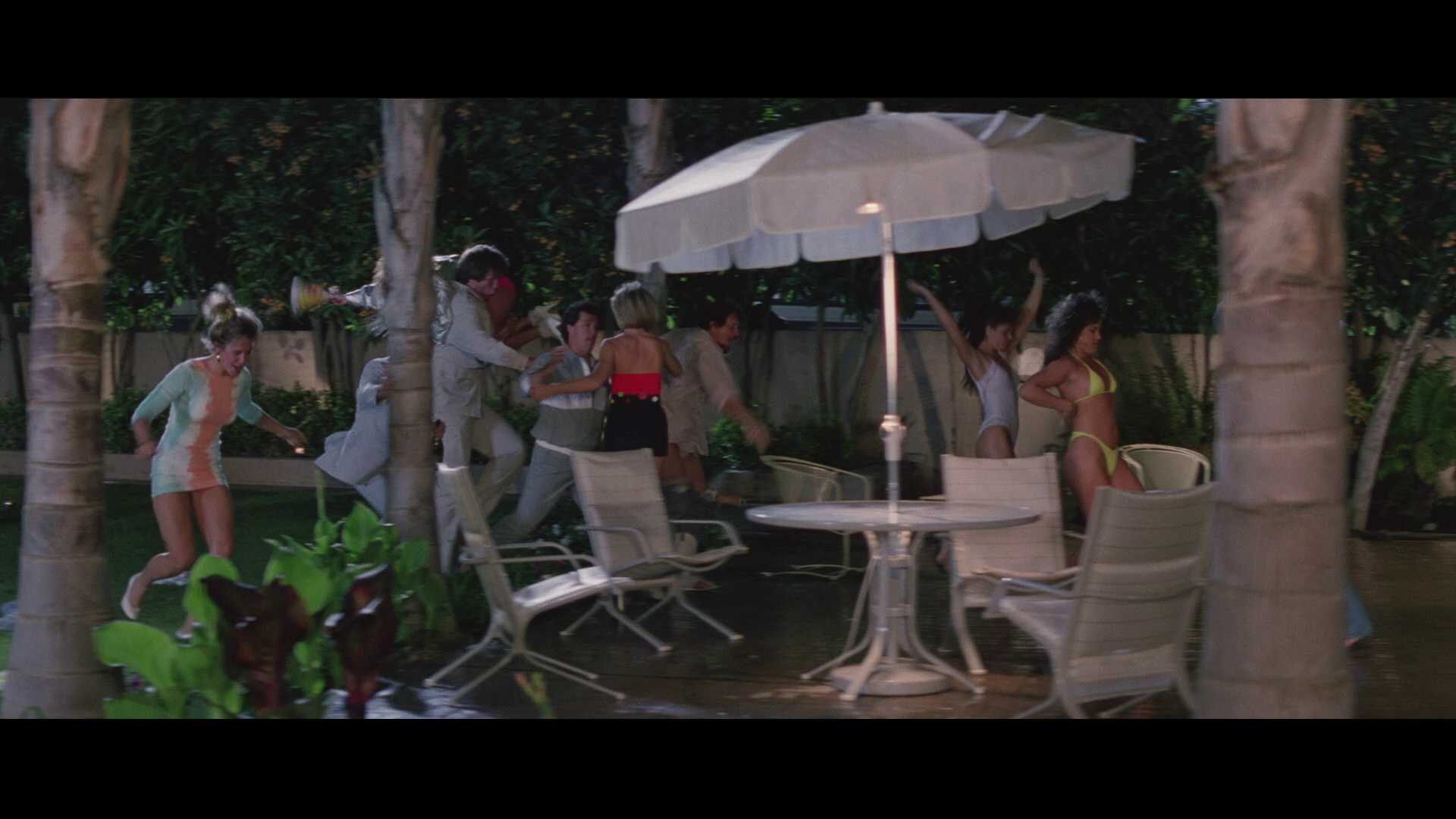 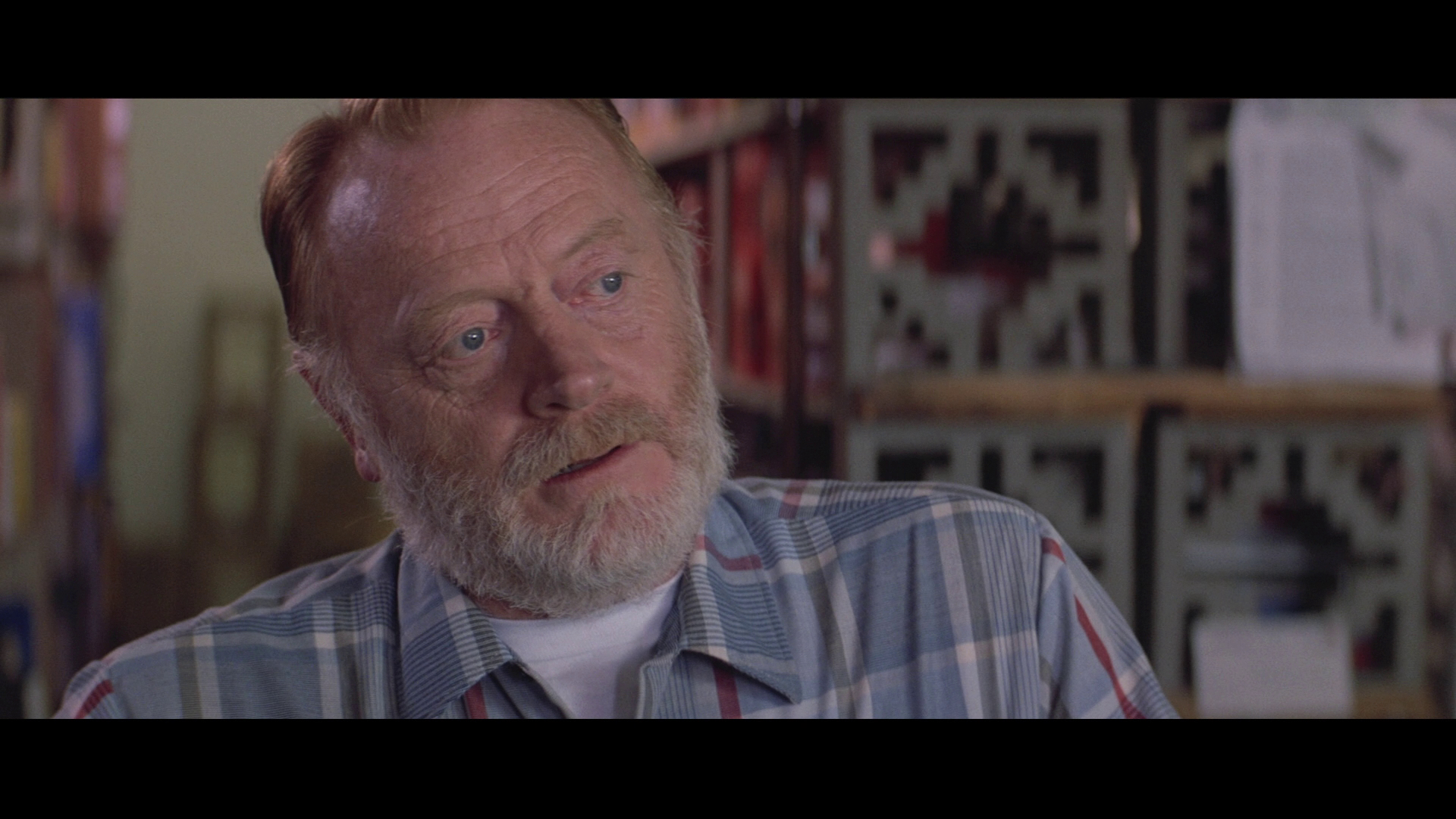 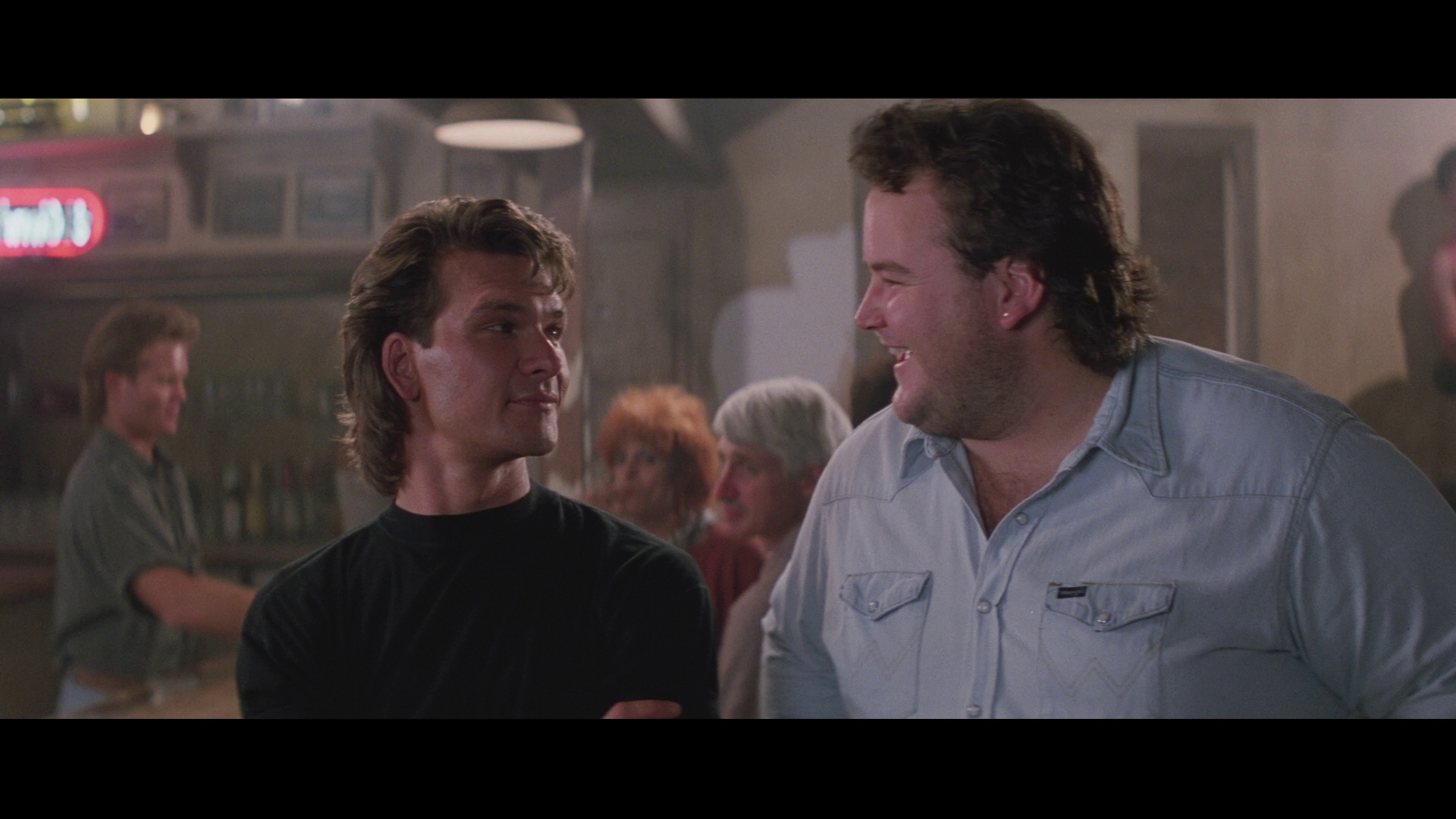 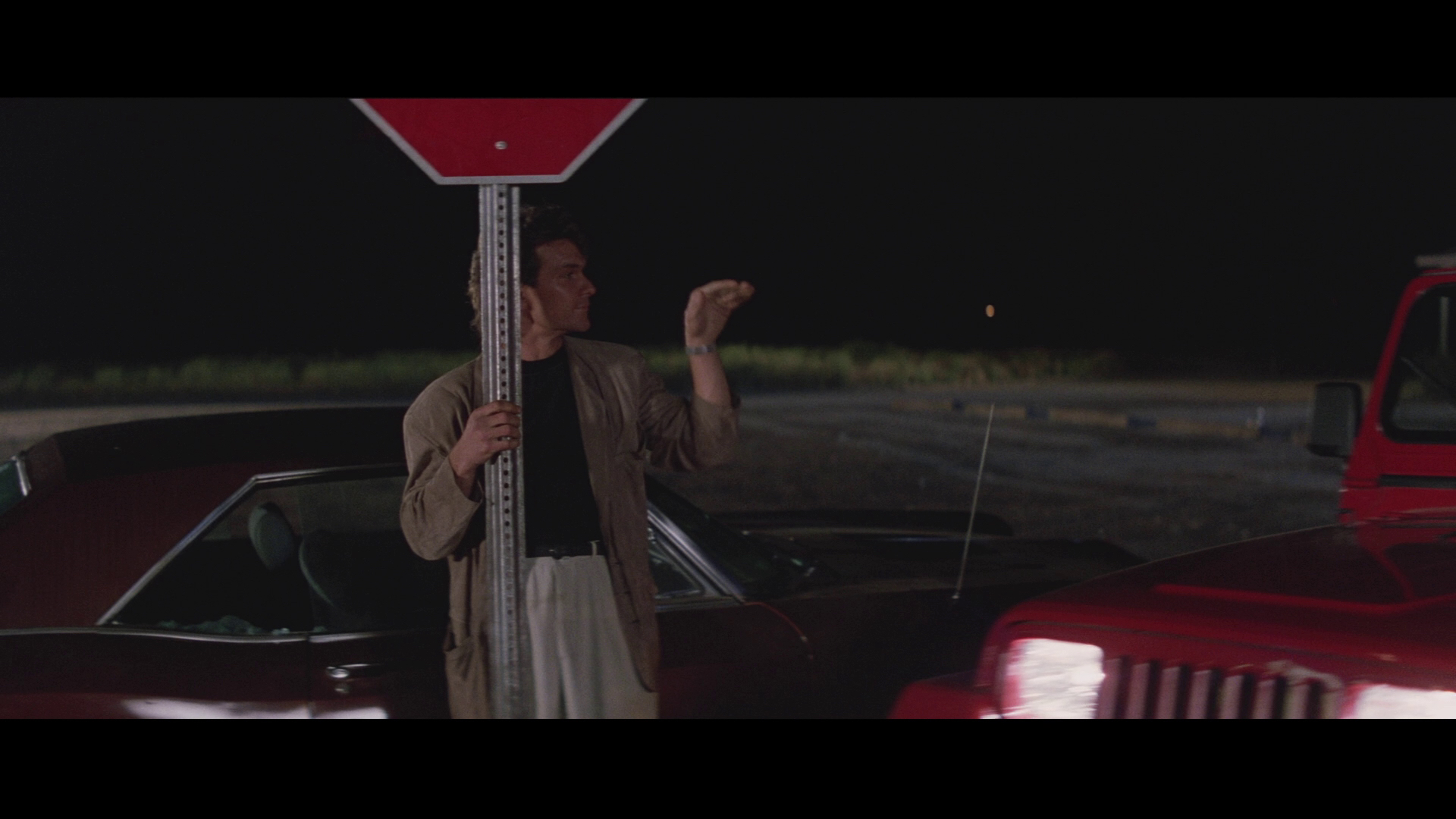 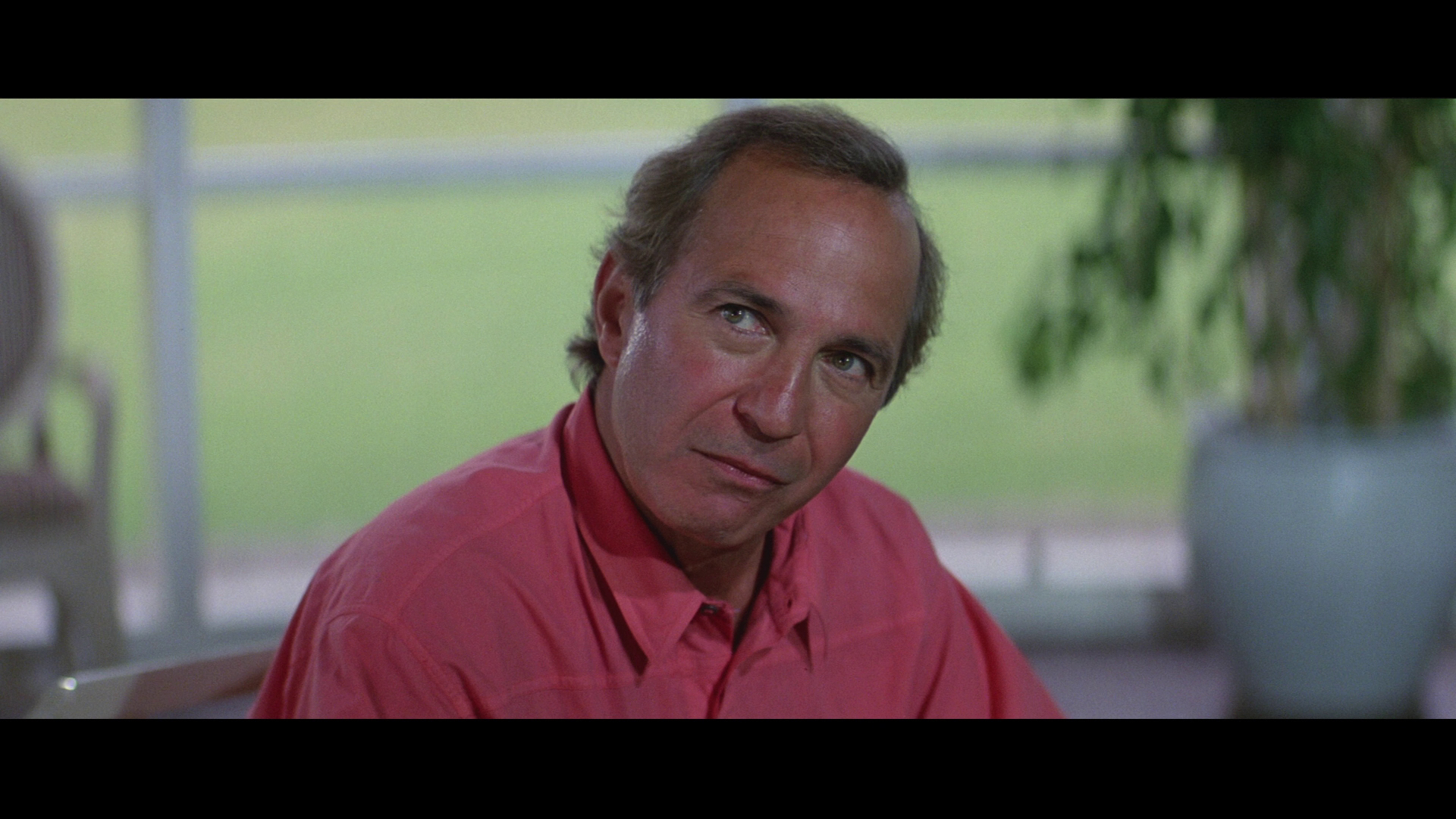 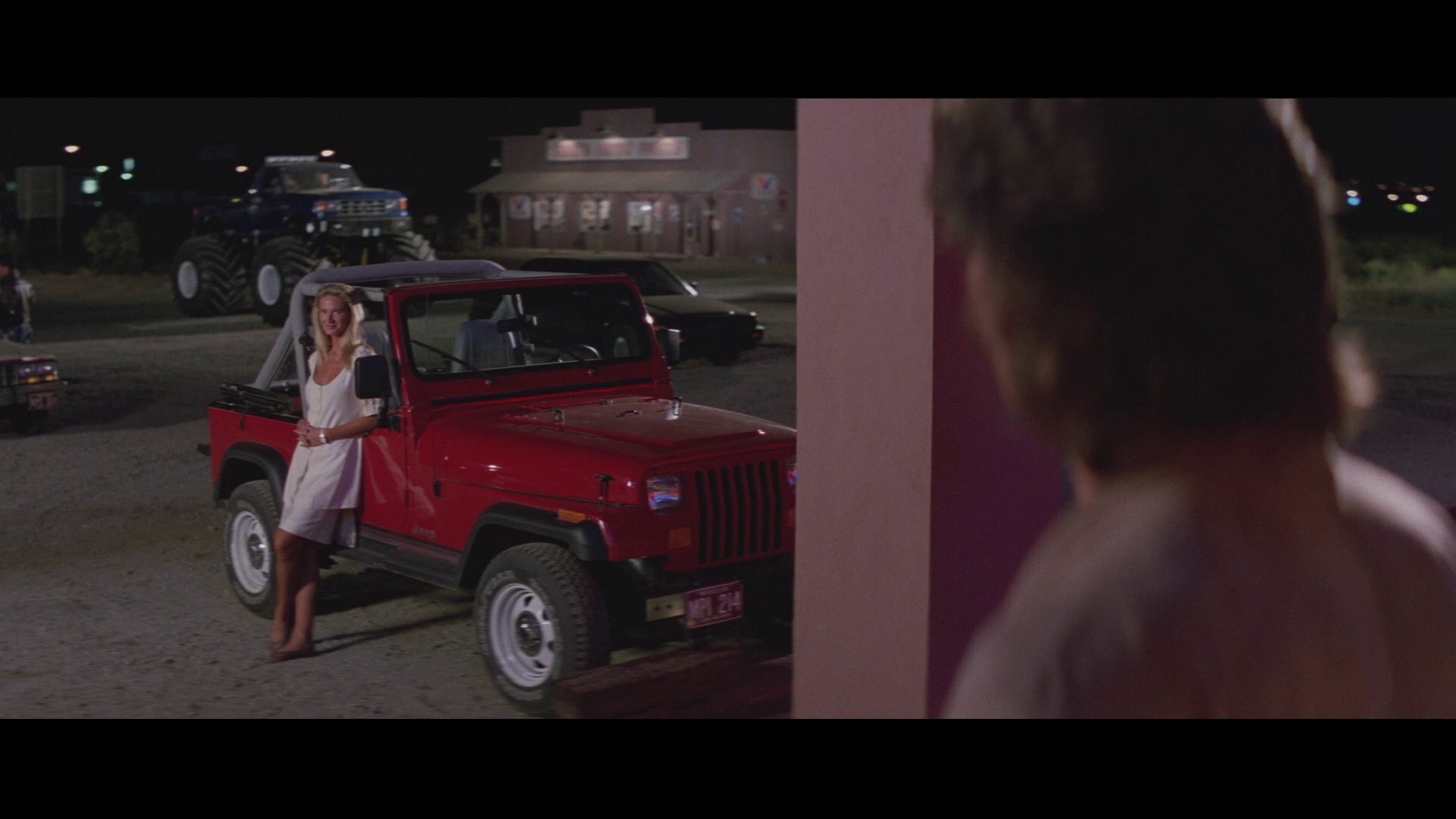 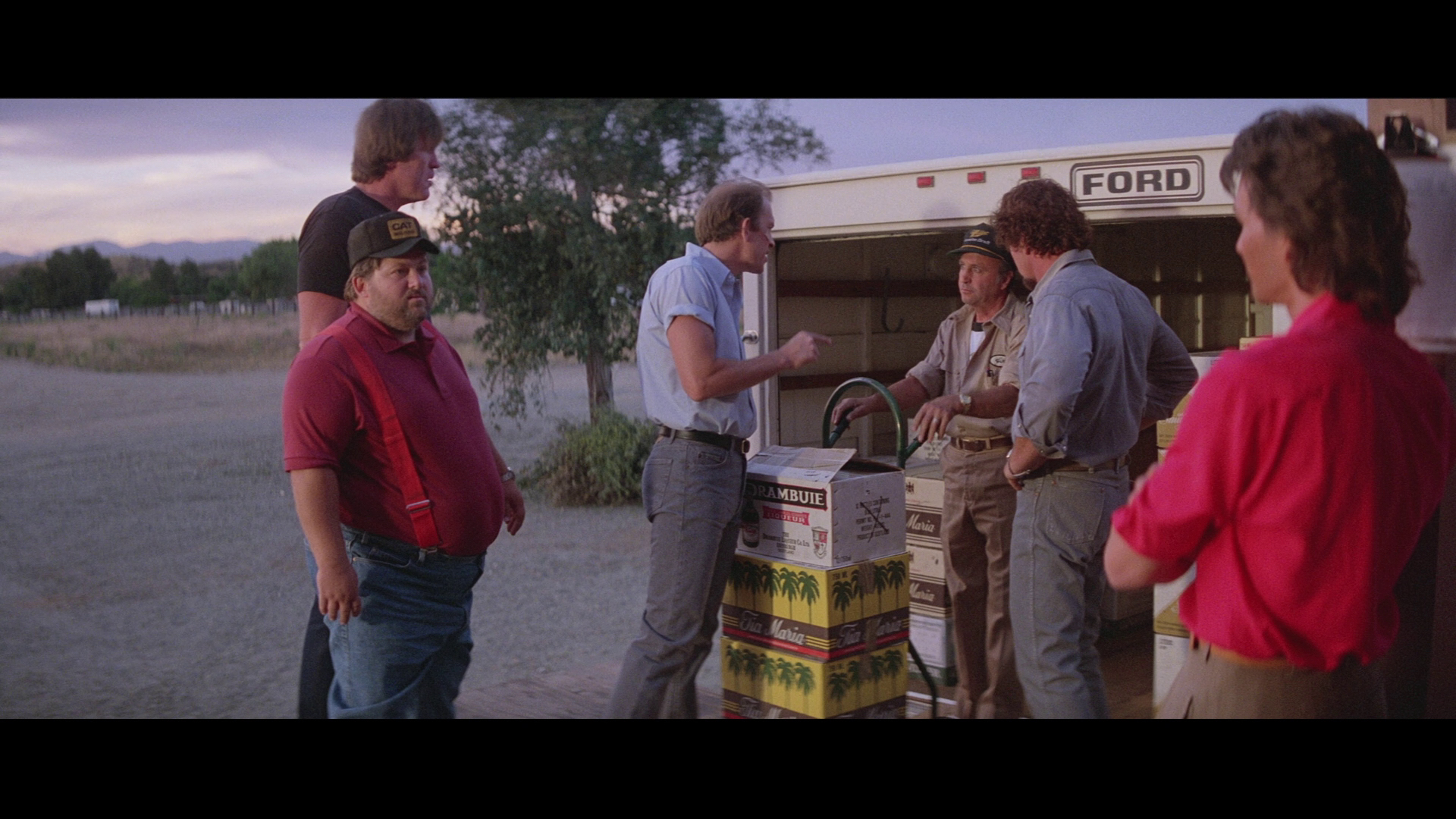 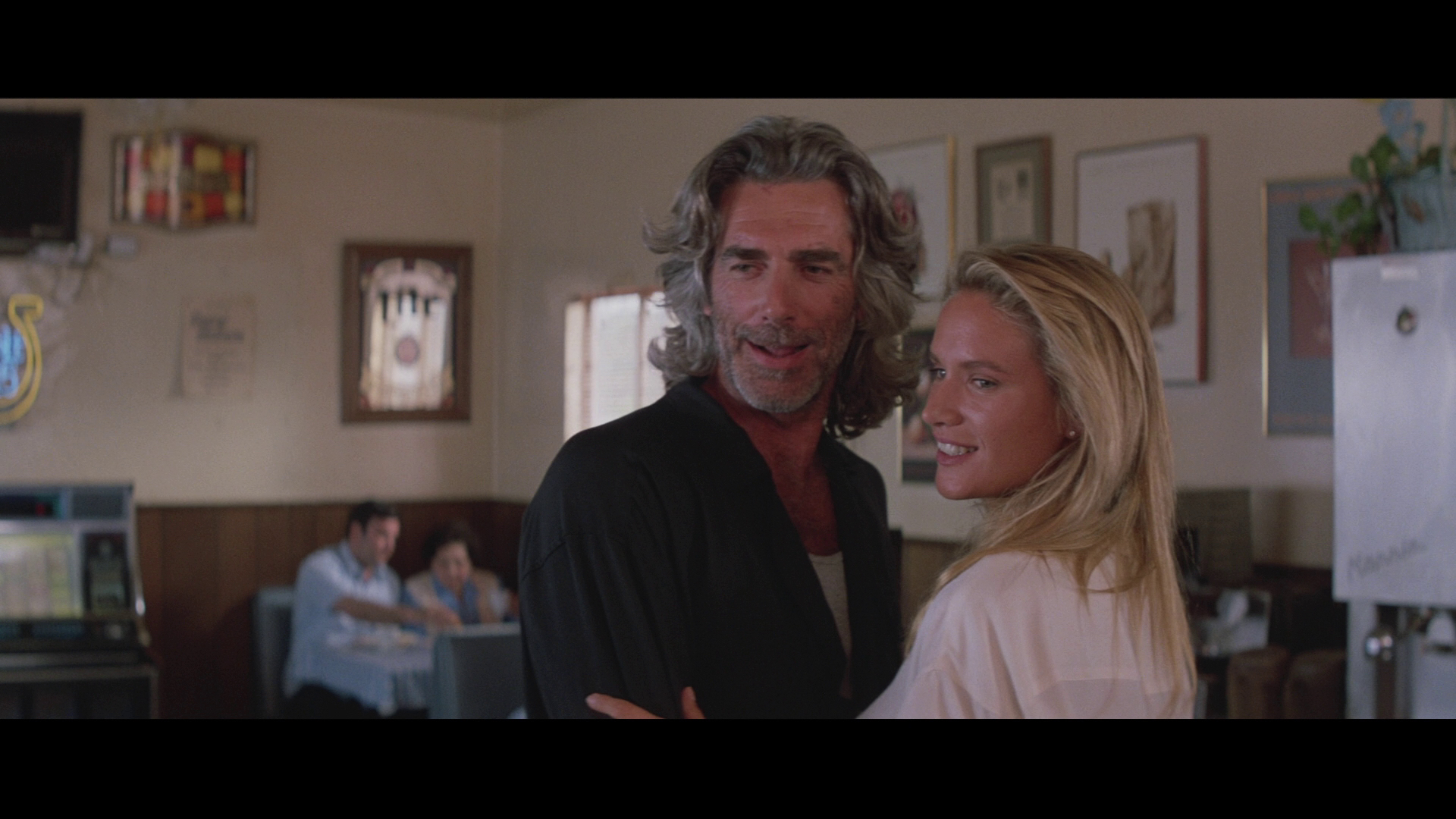 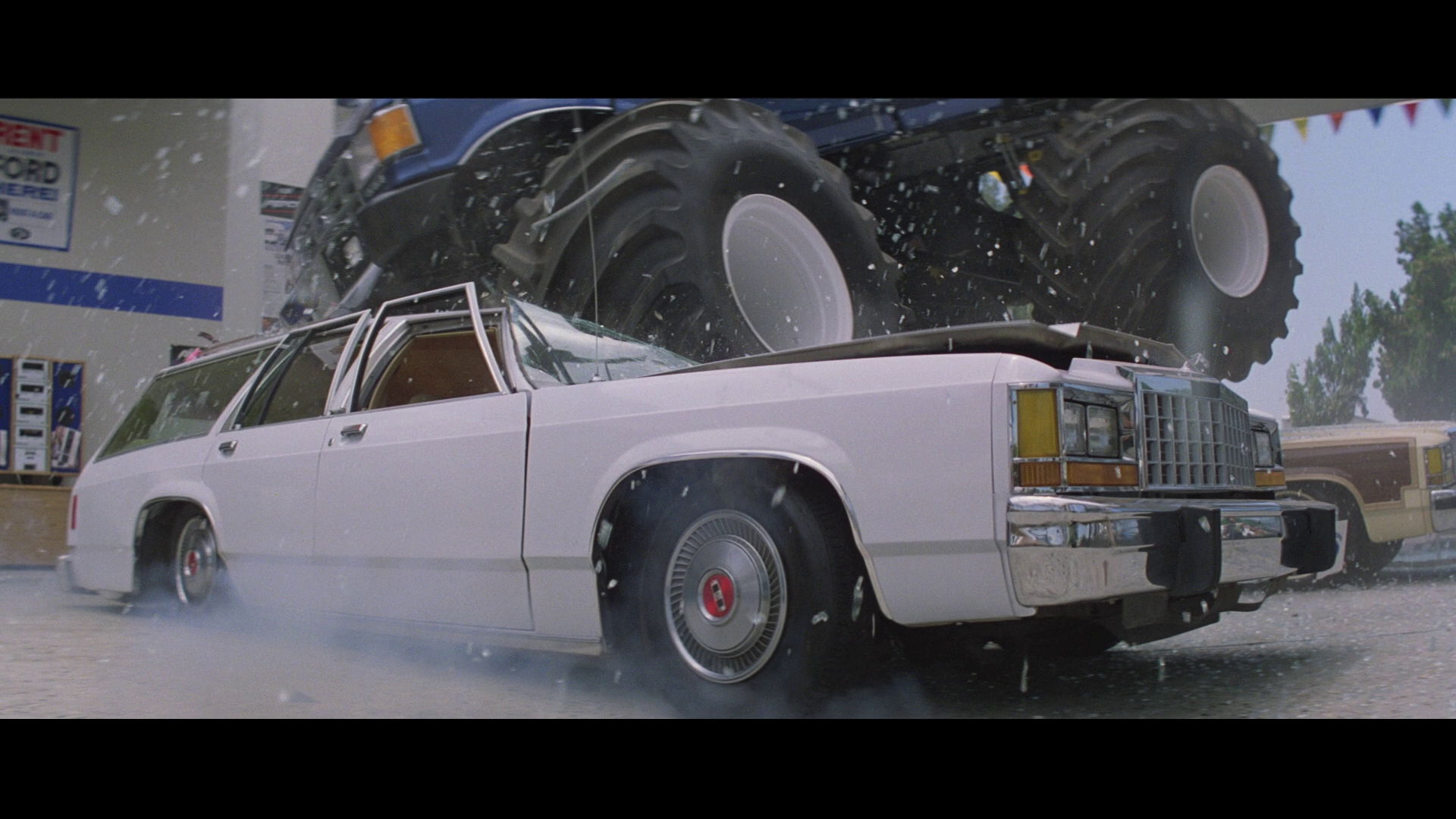 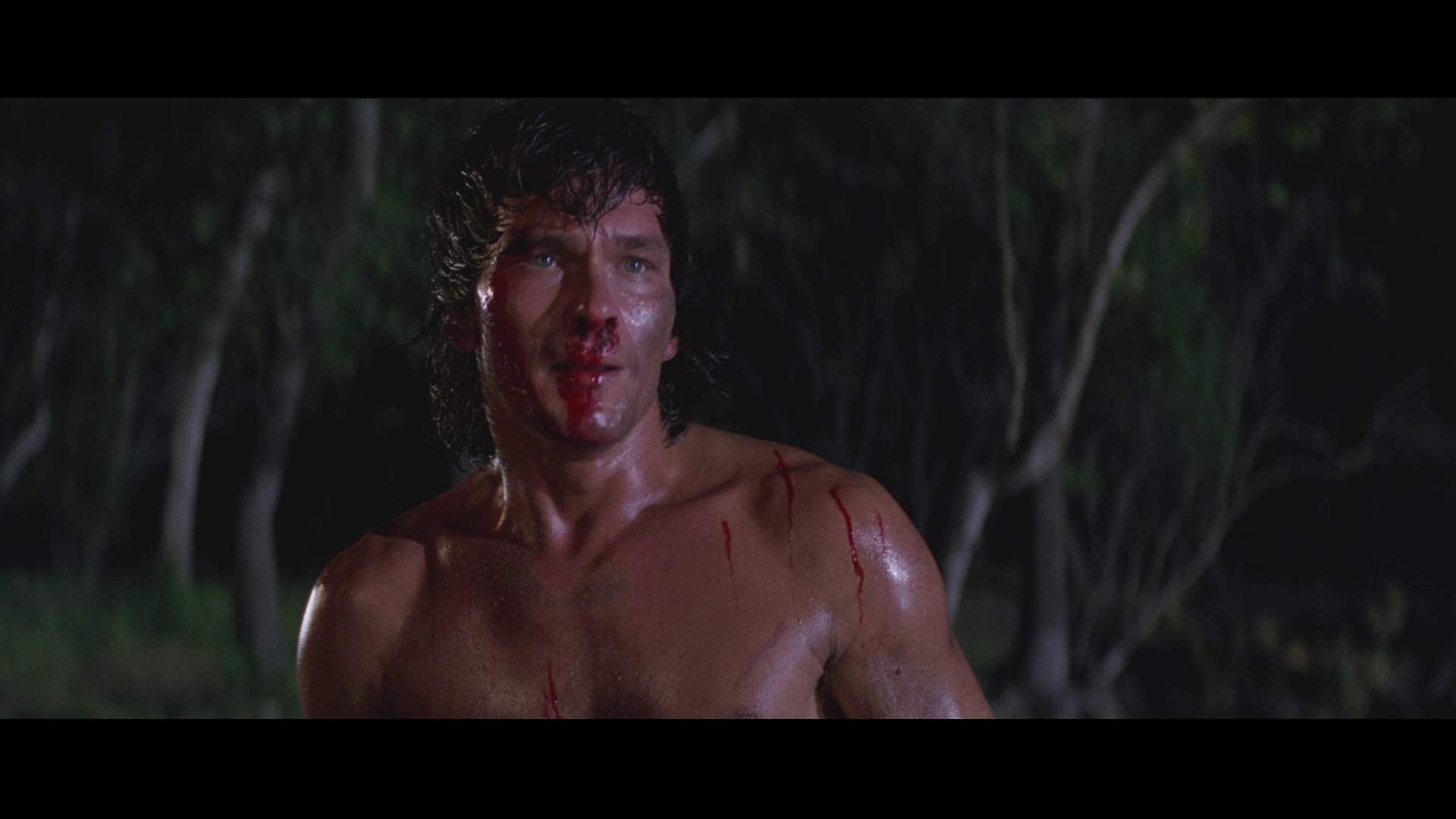 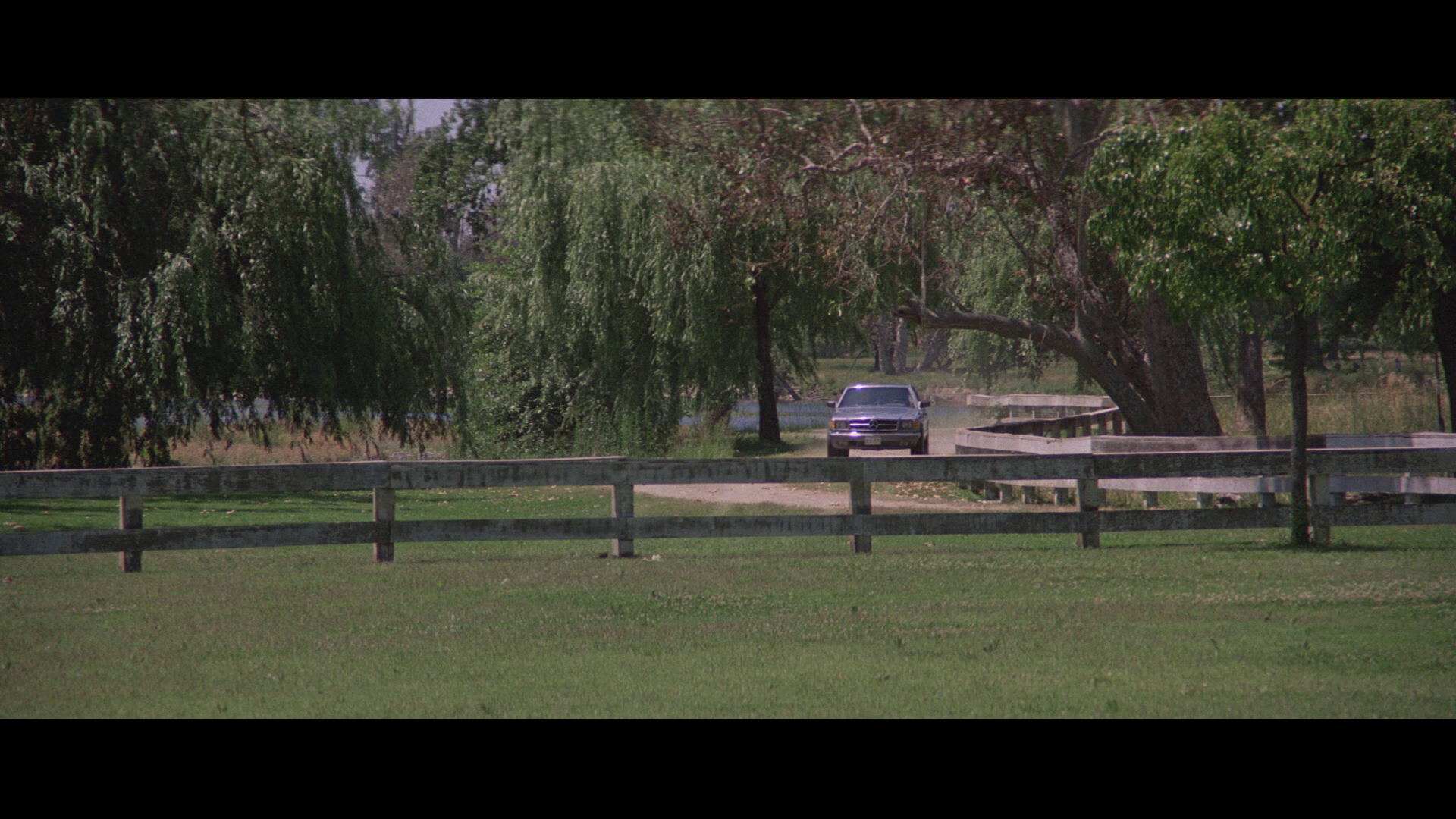 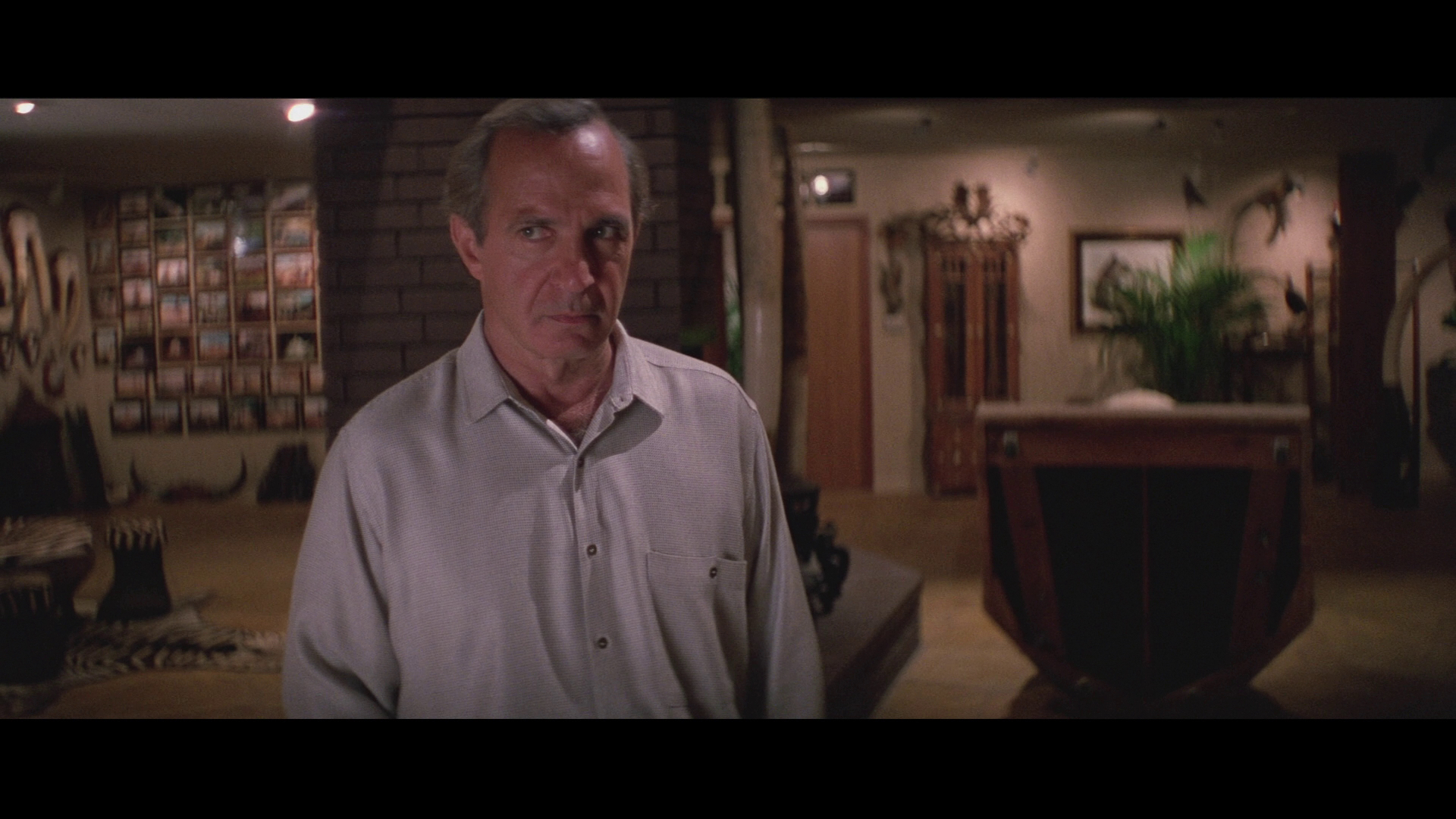