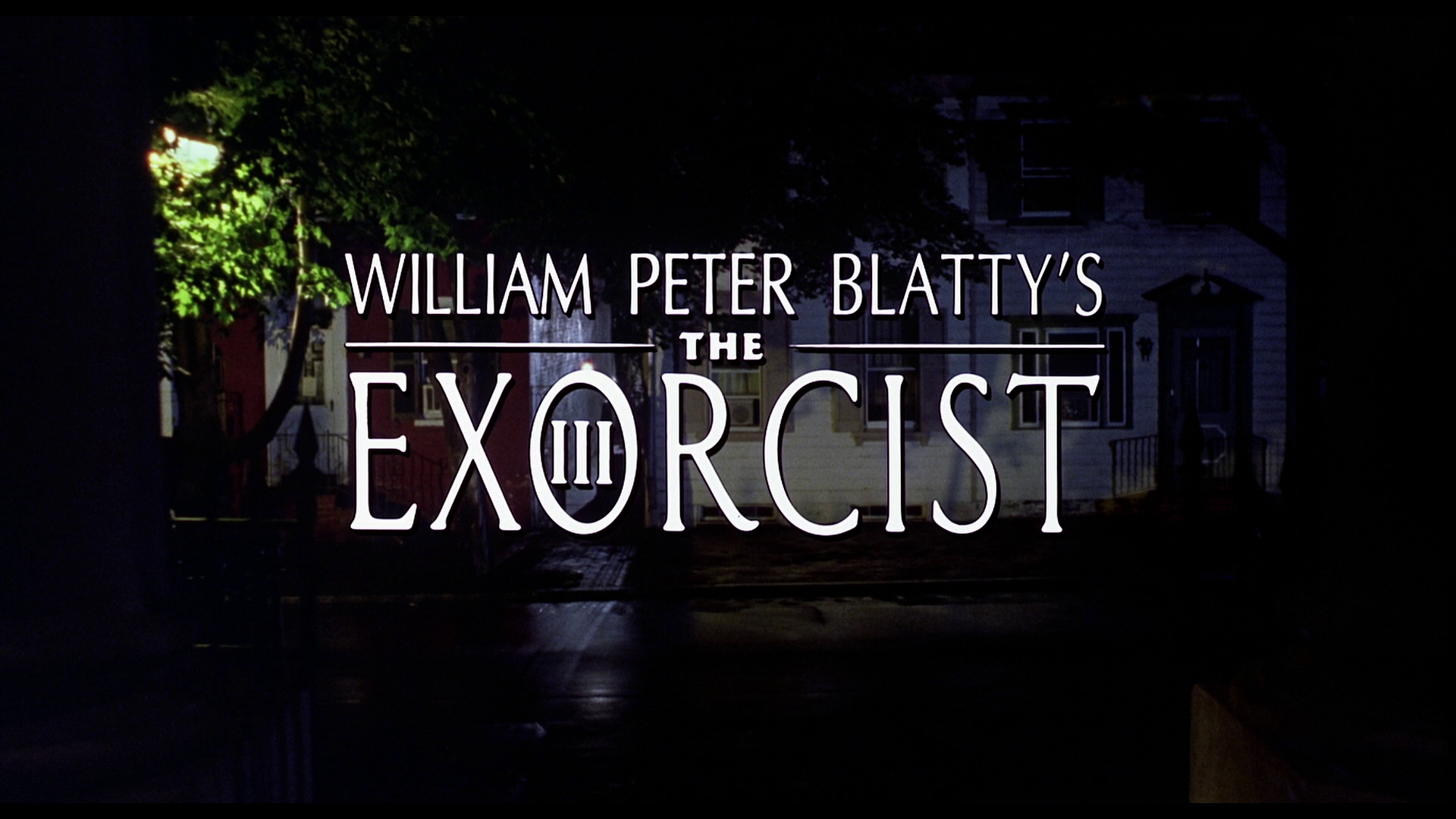 The true sequel to William Friedkin's The Exorcist came nearly two decades later, and no, I'm not talking about The Heretic, the abysmal follow-up starring Linda Blair. William Peter Blatty, the original's writer, steps into the director's chair and adapts his own "Legion" into The Exorcist III, an unfairly forgotten and quite effective thriller. Someone is killing children and priests in Georgetown. Police Lieutenant William Kinderman (George C. Scott) uncovers a mystery with demonic roots, and a sleight of hand by a Zodiac-like killer (Brad Dourif) has Kinderman seeing visions of his old friend Father Damien Karras (Jason Miller). Although it is not as primal or memorable as The Exorcist, this second sequel contains a number of shocking sequences and offers strong acting and an interesting plot.

Scott fills the shoes of Lee J. Cobb, who died shortly after the original film was released. The Exorcist III takes a different tone, and begins as an interesting mix of police procedural and murder mystery. Much of the early violence occurs off screen. In the opening minutes, an unexplained wind blows open the doors of a Georgetown church, and a statute of the Christ begins to weep. Soon, a young boy is dead, his head removed and replaced with a defaced bust of Jesus. Kinderman takes his friend, Father Dyer (Ed Flanders), to a movie, and the pair discusses the grisly murder. Soon, Dyer is also dead. The ritualistic killings recall those of executed serial killer James "The Gemini" Venamun, who was sent to hell the same night as young Regan MacNeil (Linda Blair) survived her exorcism. An unhinged mental patient (Dourif) simultaneously resembles both the Gemini and Father Karras, and Kinderman explores the man's spiritual and psychological leanings. 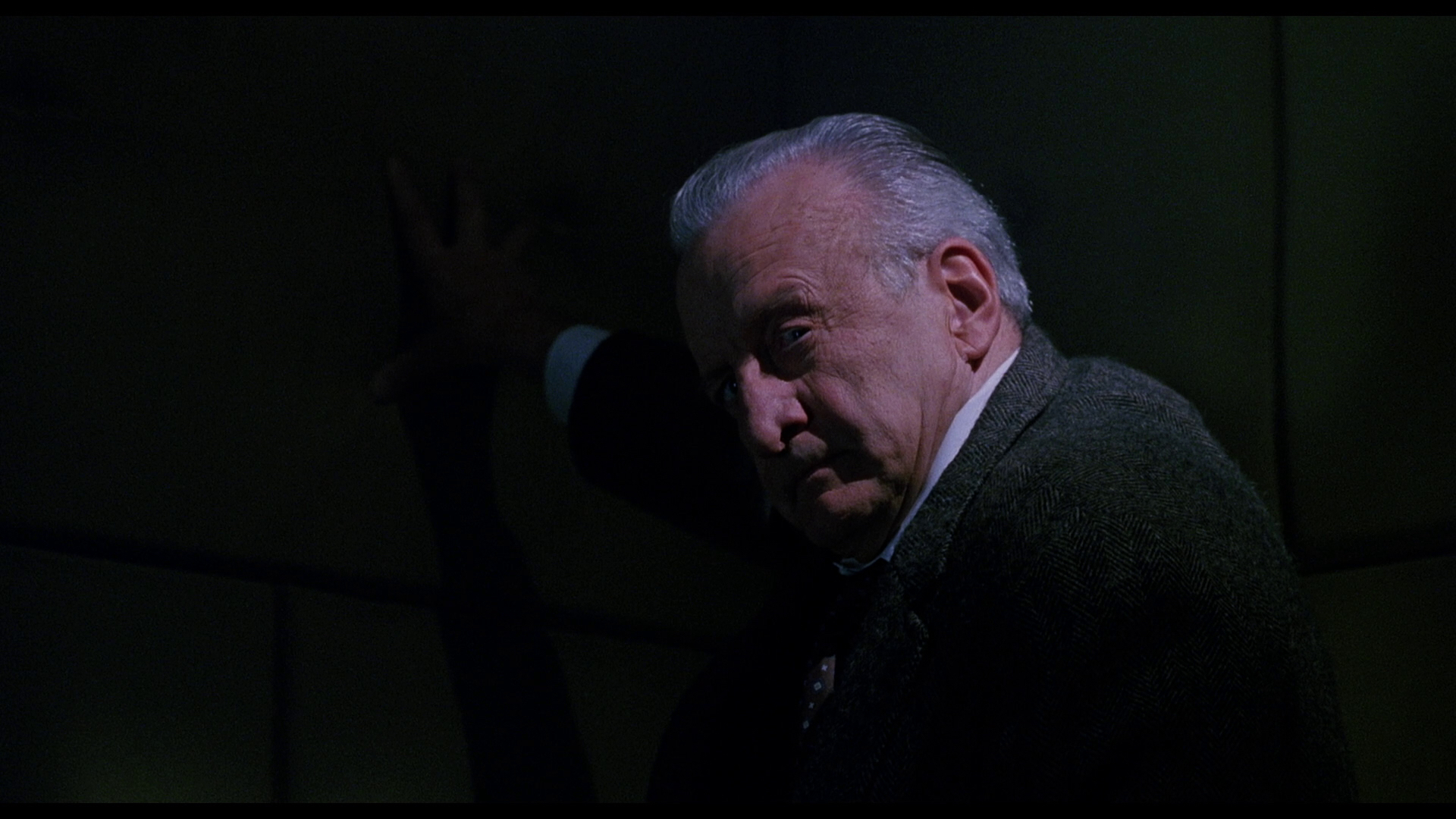 It is somewhat shocking that The Exorcist III feels as complete as it is. The film's pre-release struggles were highly publicized, and Blatty battled the studio to keep the soul of "Legion" intact. Somewhere amid dailies, the suits realized there was not actually an exorcism in The Exorcist III, so they made Blatty add one at the climax. He does so by introducing a largely unexplored character, Father Paul Morning (Nicol Williamson), to battle the demon inside Dourif's serpentine mental patient. The scene is not half bad, but it is tonally jarring and hastily inserted into an otherwise deliberately paced narrative. There are other spooks, too, and they are largely earned. A queasy fake-out in a hospital corridor is well regarded as one of the scariest horror-movie moments ever. A ceiling spider-walk happened here before it reached the screen in the original's "The Version You've Never Seen" update. The theatrical cut's Dourif/Miller transposition is also chilling and subtly effective.

The acting is strong across the board. Scott is particularly effective, and gives his character a realistically impatient rage. He roars at clueless hospital staff, and initially refuses to believe anything demonic is afoot. His opinion quickly changes after talking to the psych ward's keep, and Dourif, fresh off his villainous turn in Child's Play, steals most of his scenes. The pace is steady but never slow, and I found the film completely engrossing from start to finish. Some of the studio-encouraged additions to the theatrical cut work quite well, and fans will note that the Legion director's cut, included on the Blu-ray as a bonus feature, is more drama that horror. Living in the shadow of The Exorcist is not easy, but The Exorcist III is a proper and effective sequel. 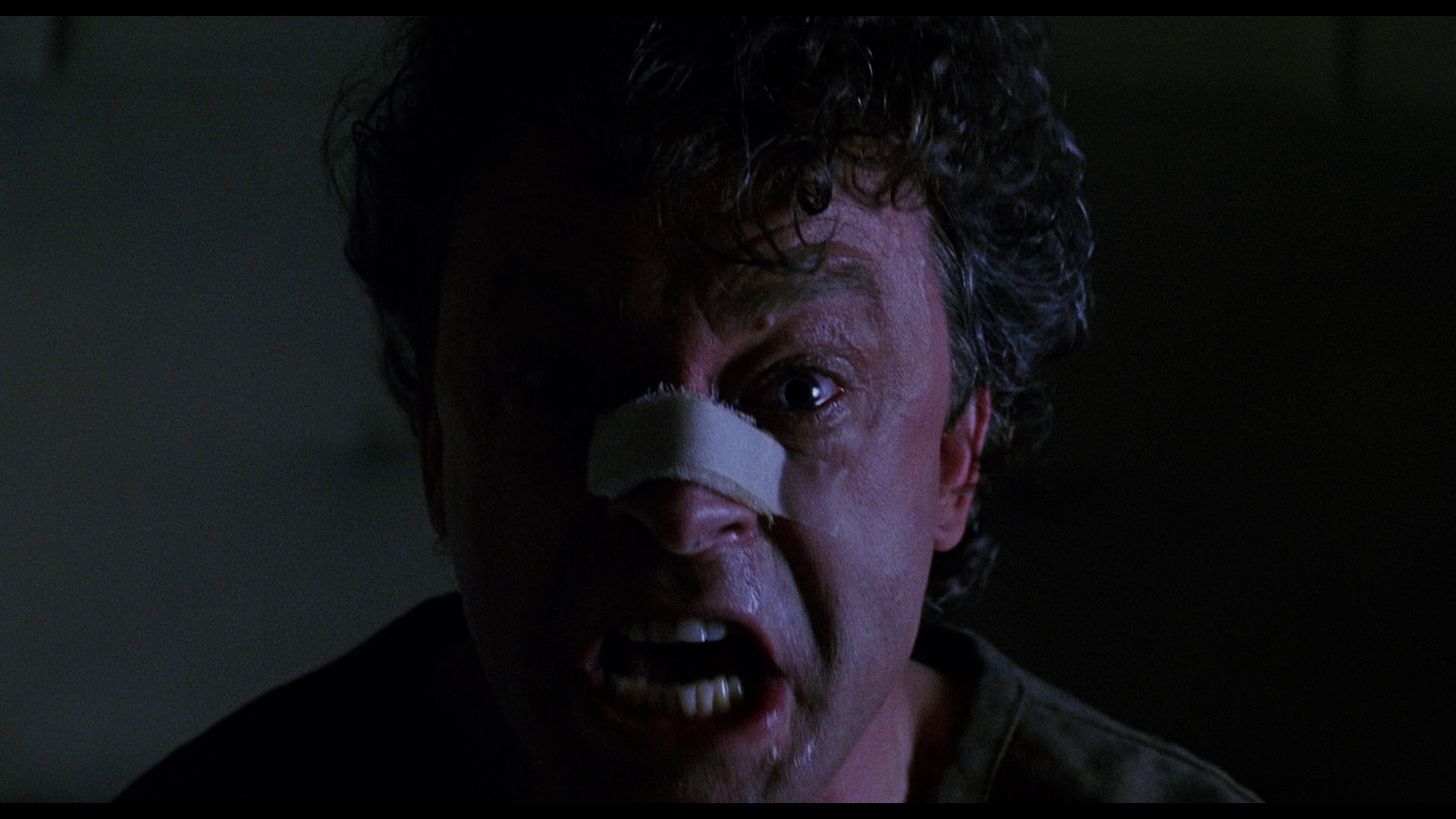 In a word, gorgeous. Shout has been killing it lately with its improved and remastered presentations, and this 1.85:1/1080p/AVC-encoded image is culled from a new 2K scan of the interpositive. From the opening moments, the transfer impresses with wonderful clarity and texture. The pews and statues of the Georgetown church are highly detailed, and the leaves that swirl through the frame are clearly defined. Fine-object detail is excellent, and wide shots are sharp and stable. Blacks are inky and shadow detail is impressive, particularly in the haze and shadow-filled mental institution basement. The image retains an even and natural layer of grain, and pans are fluid and clean. I noticed rare and very minor image instability, but this transfer is highly impressive on the whole.

The 5.1 DTS-HD Master Audio mix is quite immersive. Horror and ambient effects make use of the surrounds, and the intense climax rattles the subwoofer. Dialogue is crystal clear and without distortion, and the Barry Devorzon score is appropriately weighty. Fidelity is good, as quiet scenes are as audible and balanced as more active sequences. A 2.0 English DTS-HD Master Audio mix is included, too, as are English SDH subtitles. 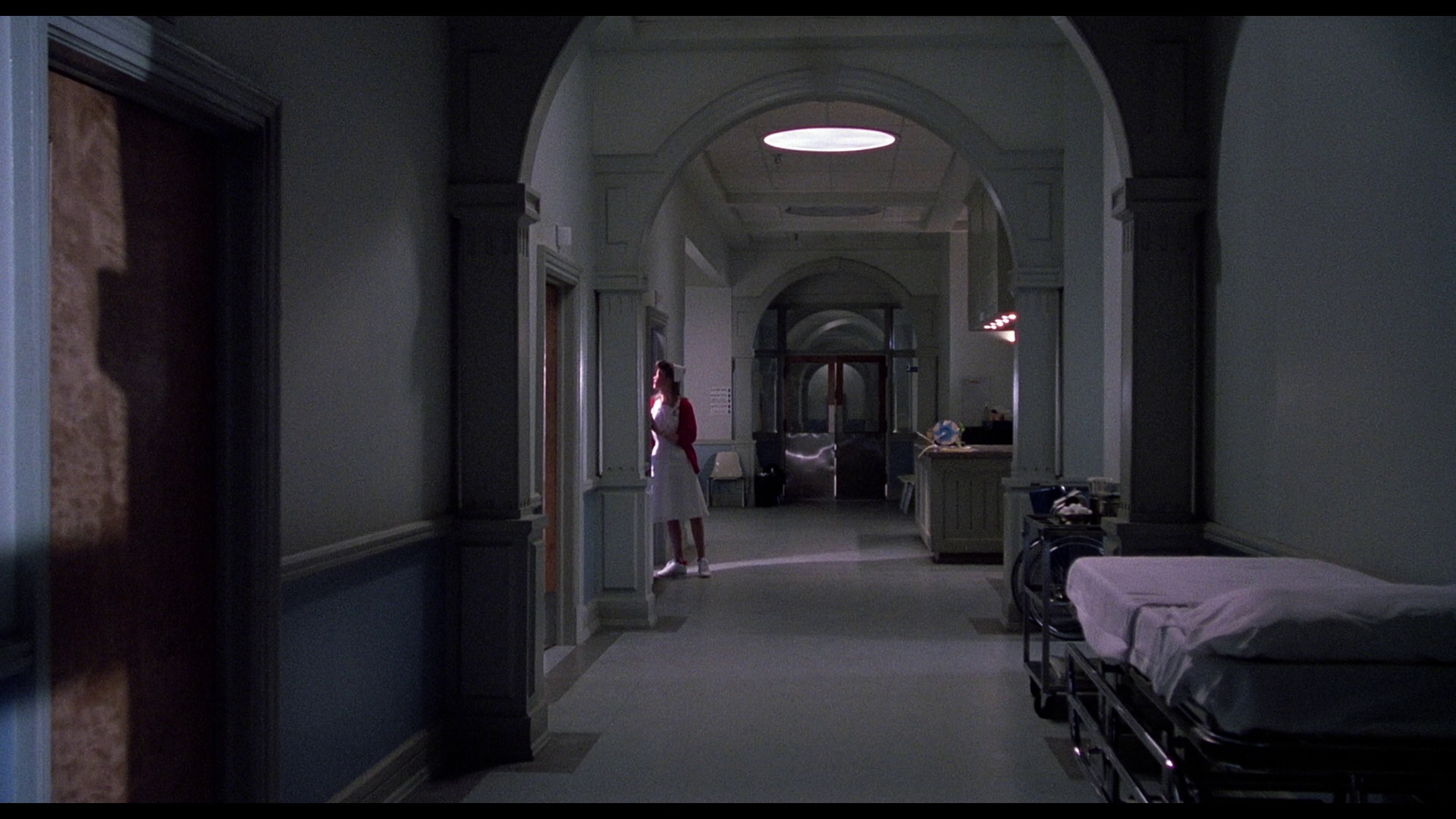 This two-disc "Collector's Edition" is packed in a standard Blu-ray case with two-sided artwork. Newly created art is featured on the front cover and slipcover, and the original theatrical poster art is offered on the reverse. Extras are as follows:

Living in the shadow of The Exorcist is tricky business, but William Peter Blatty's The Exorcist III proves an excellent sequel that stands on its own merits. Intriguing and often frightening, the film benefits from excellent performances and a compelling story. Shout Factory's new "Collector's Edition" Blu-ray offers excellent picture and sound, a host of newly created supplements, and the much-anticipated director's cut of the film, Legion. Very Highly Recommended. 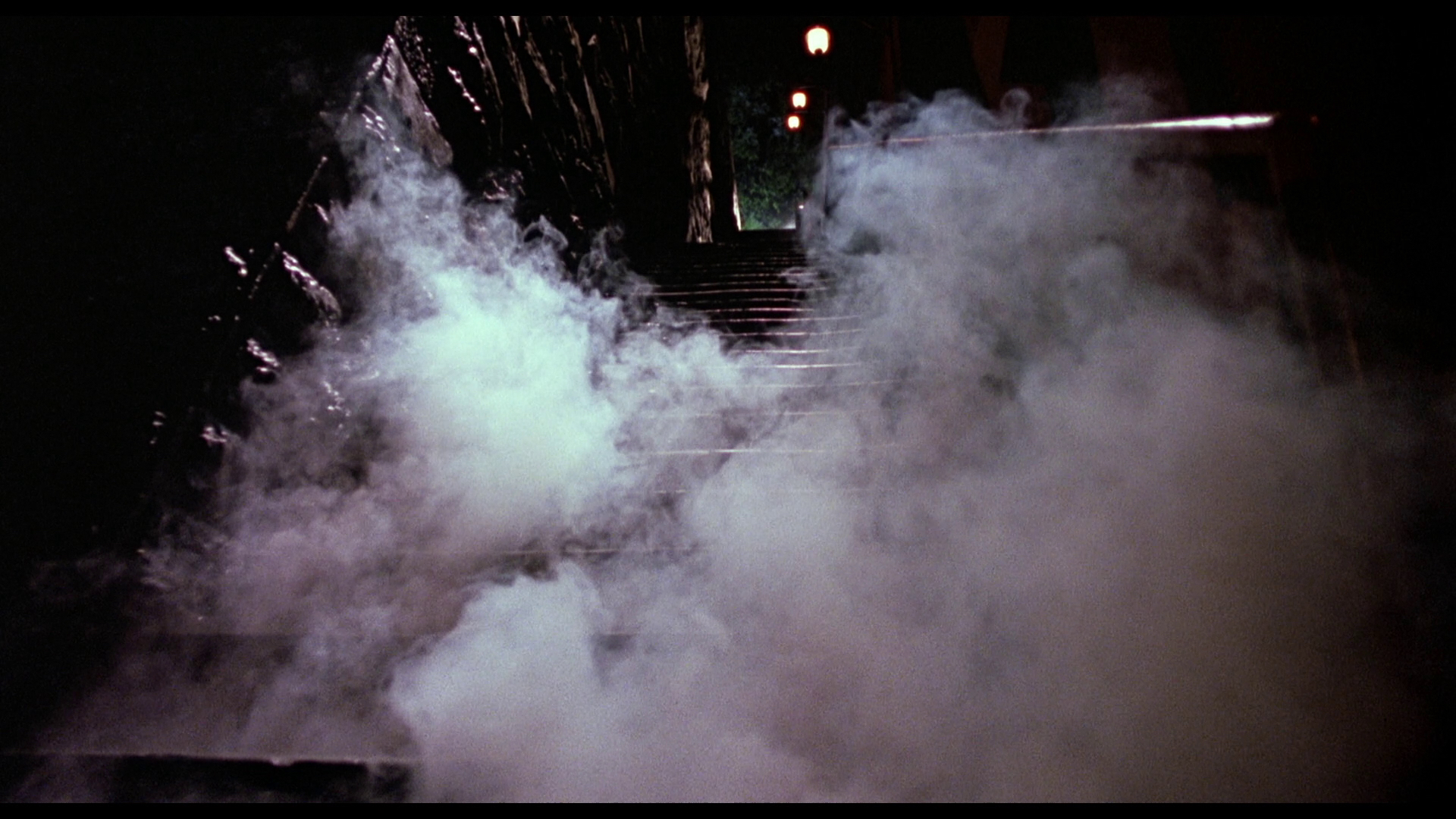 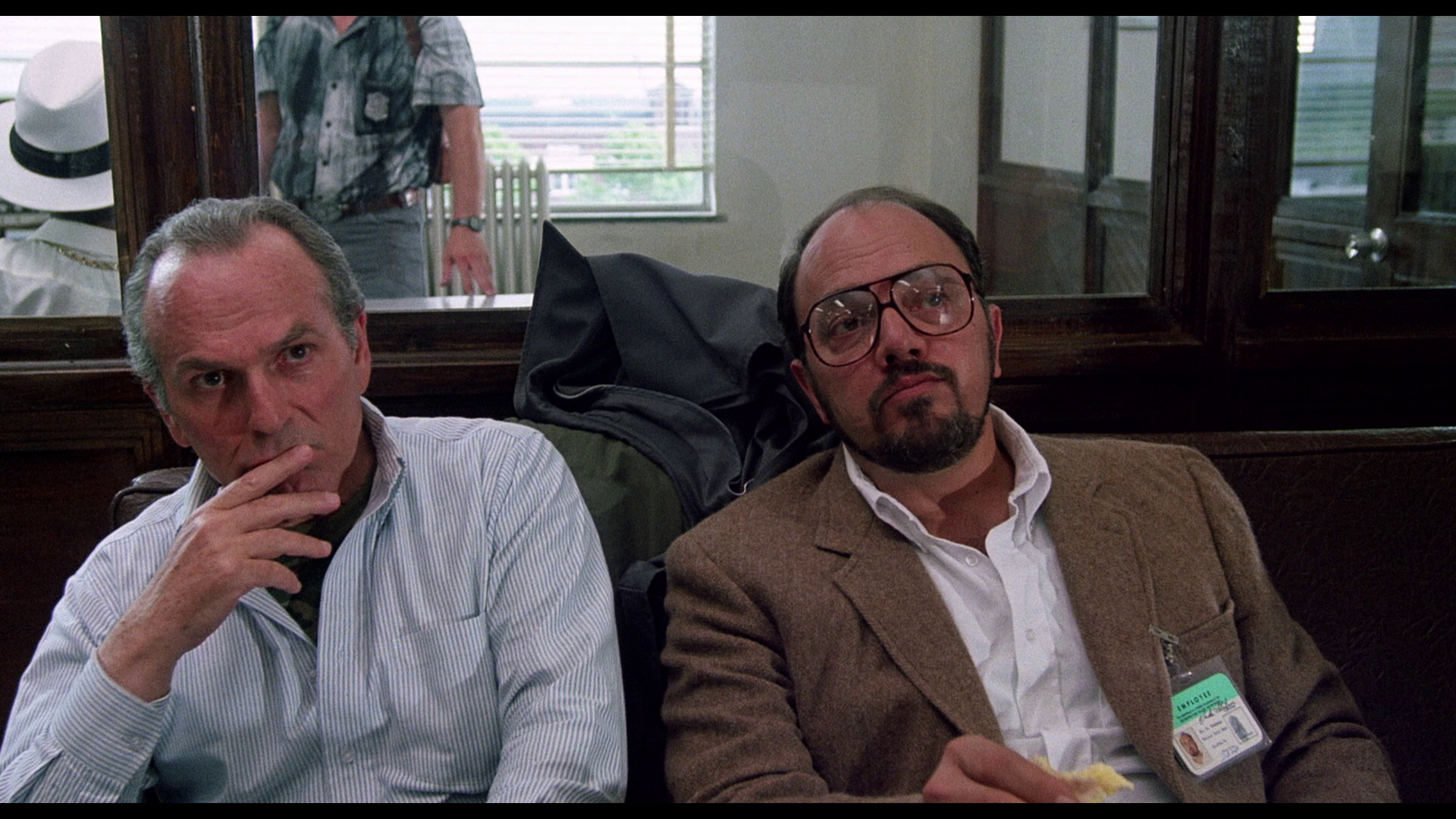 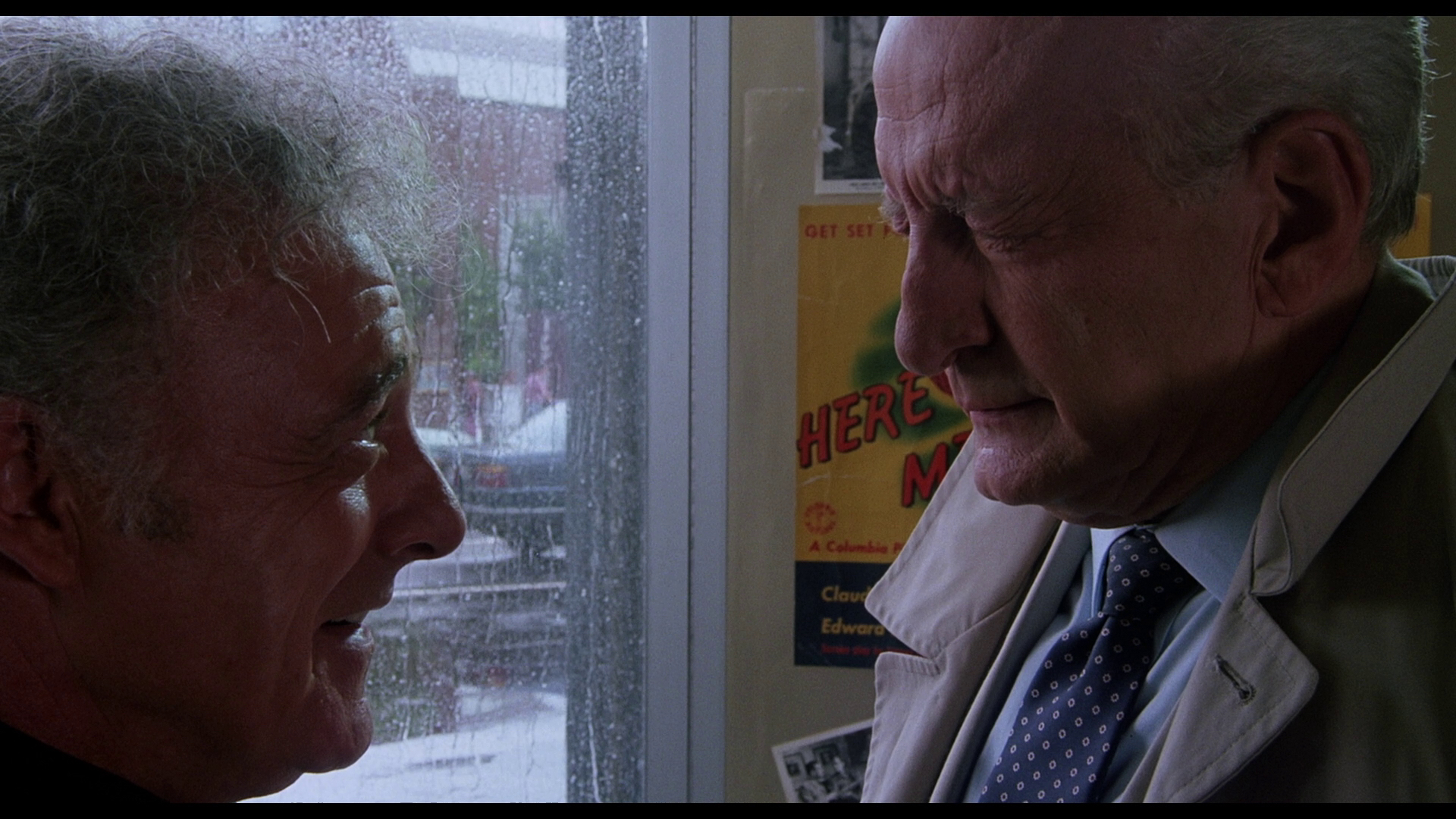 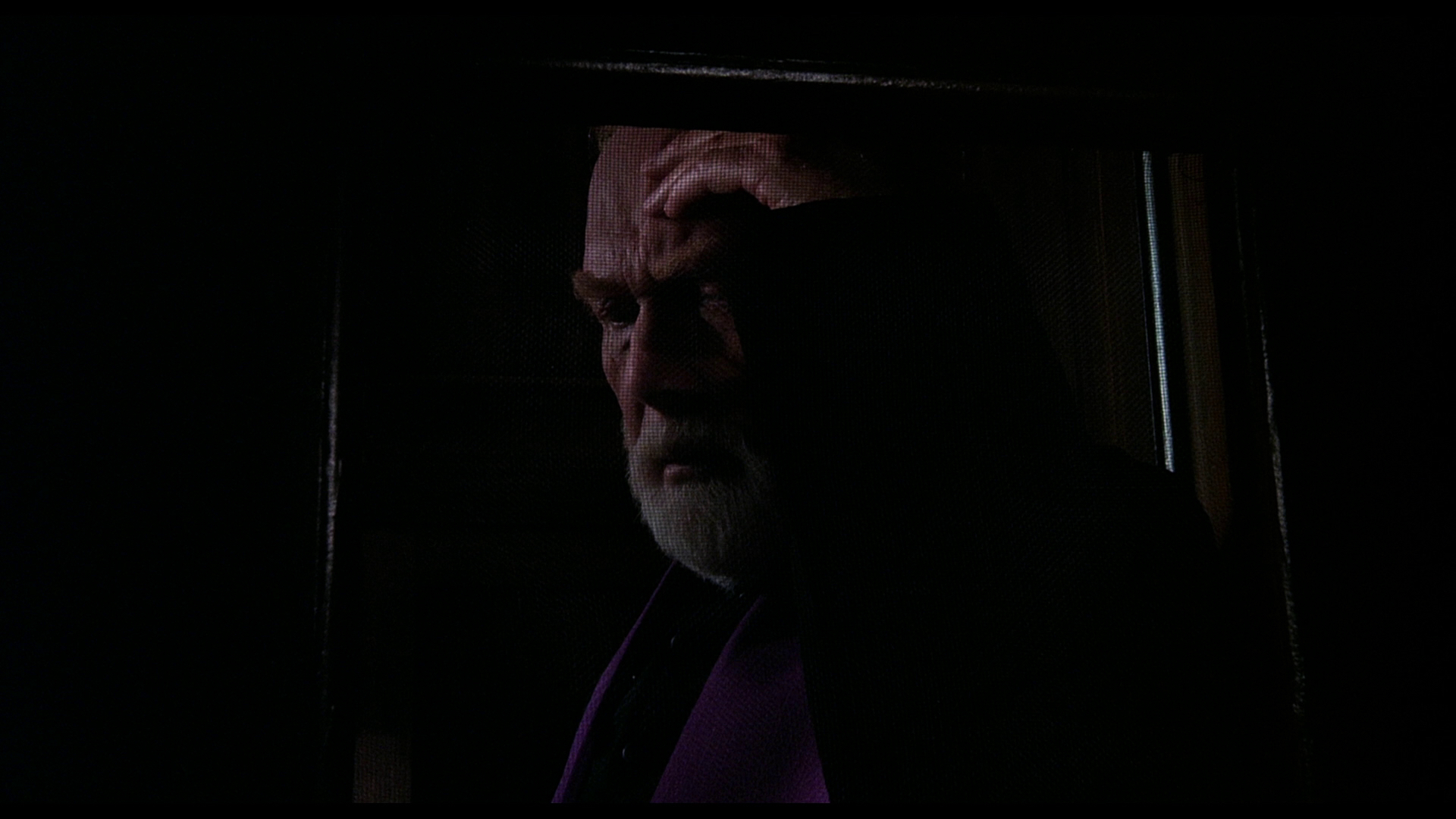 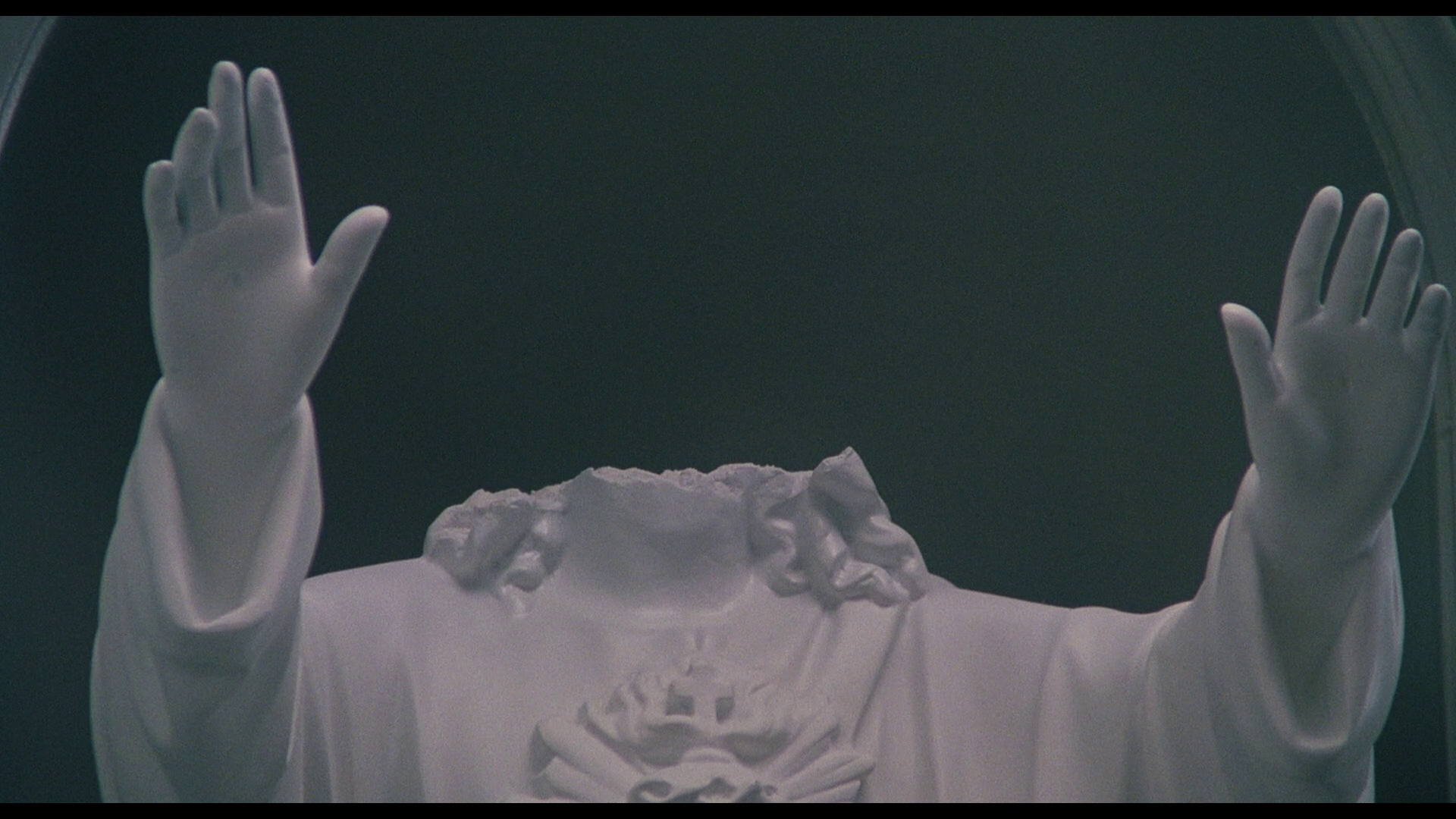 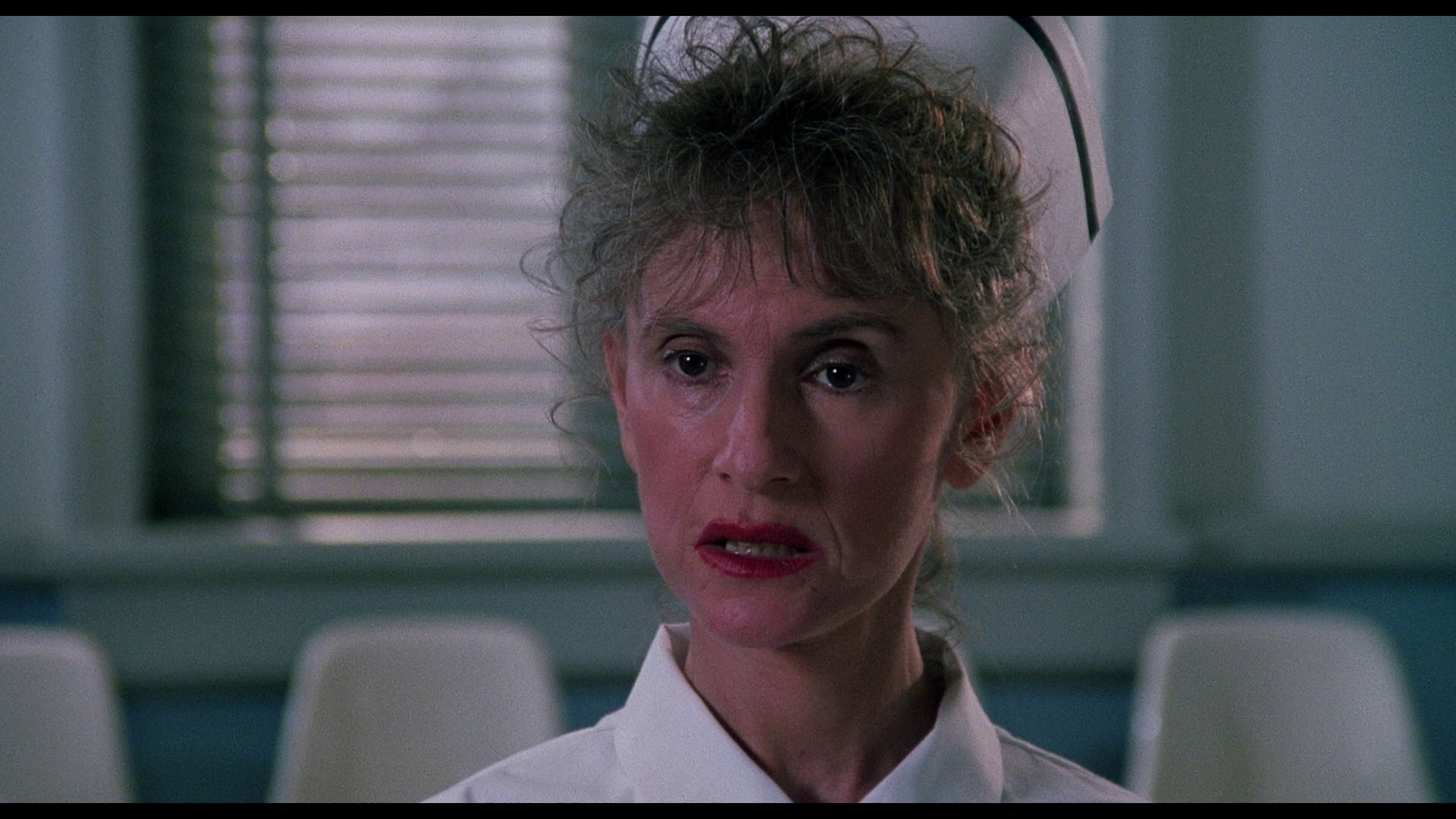 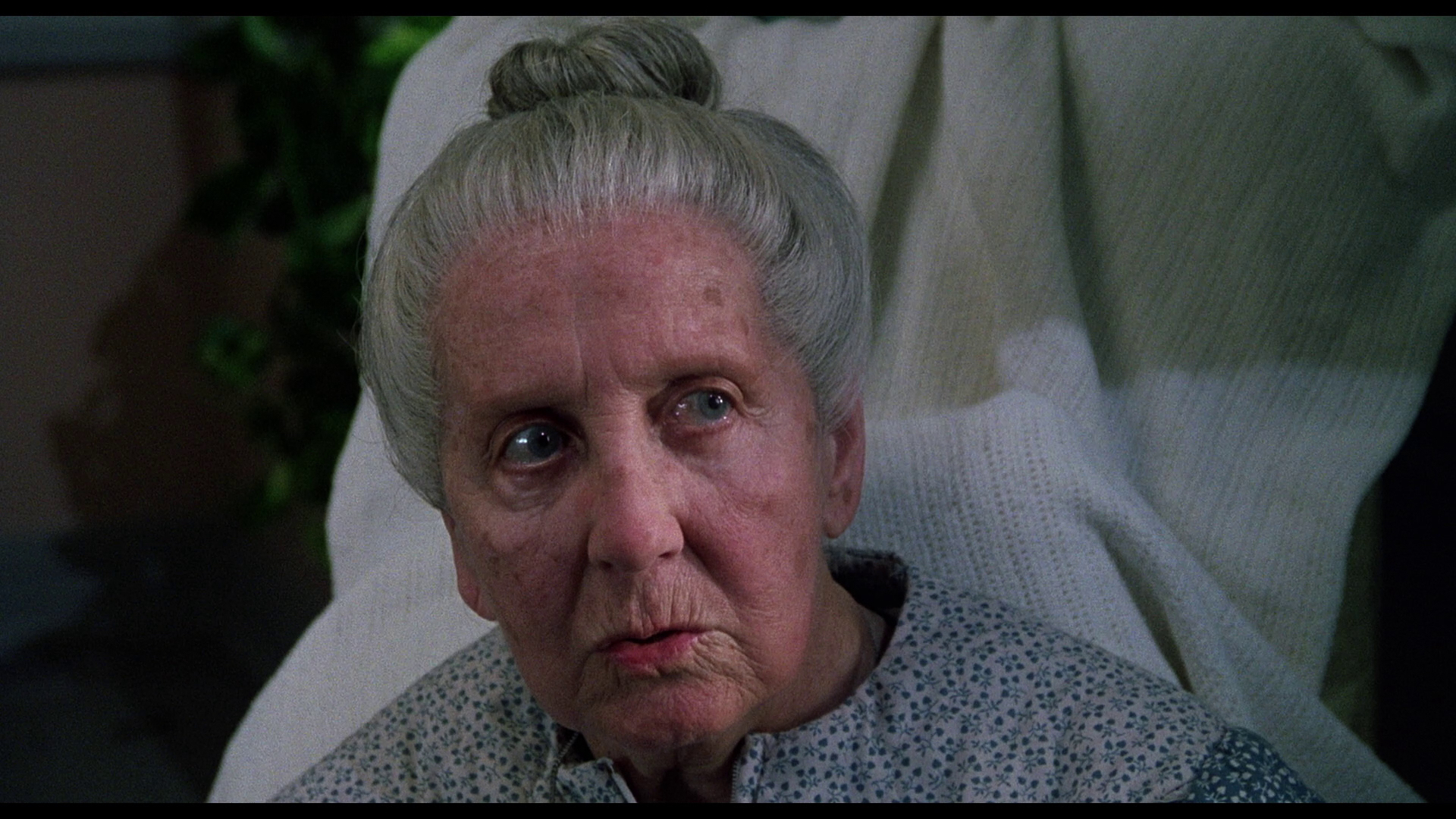 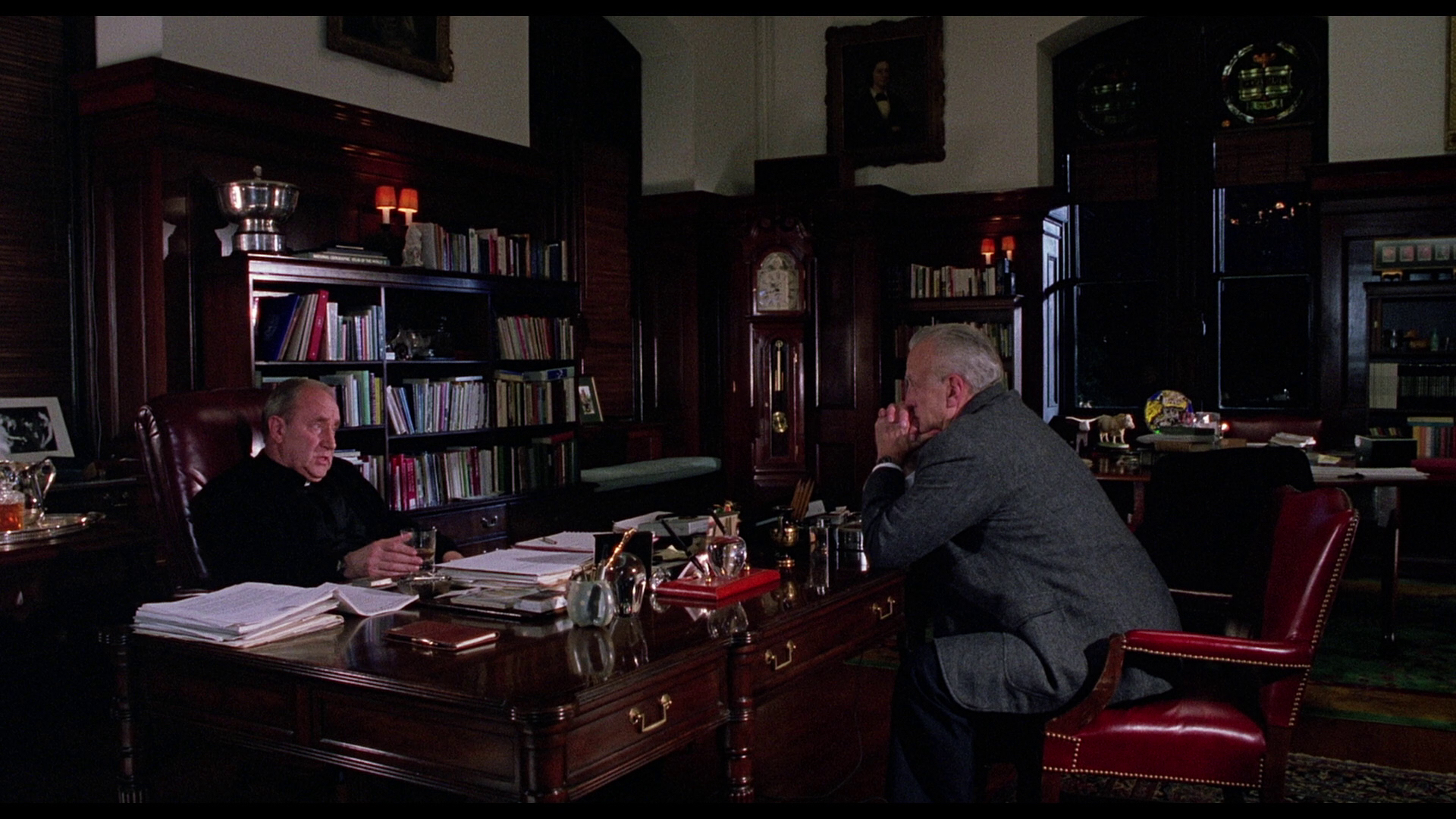 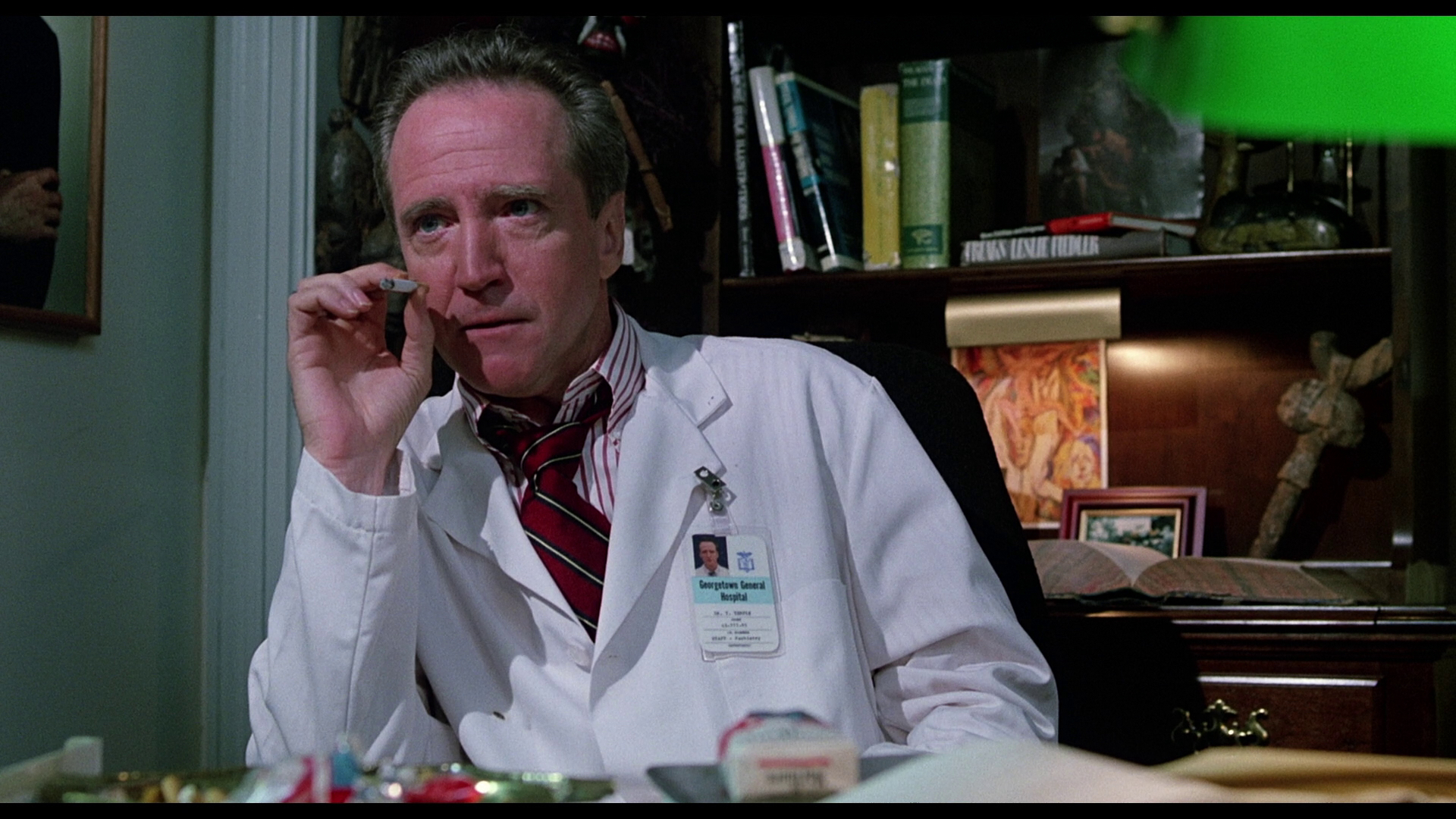 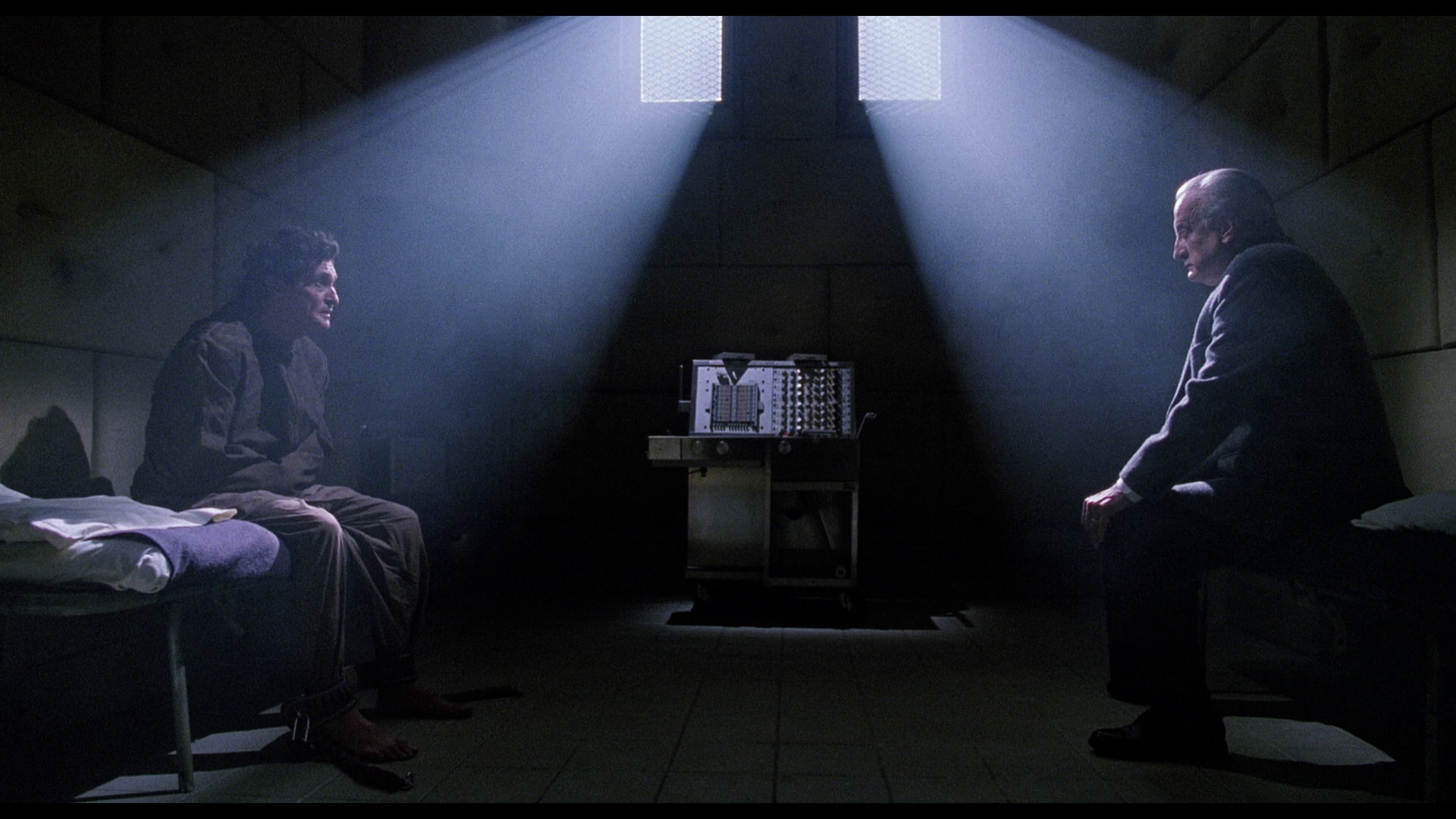 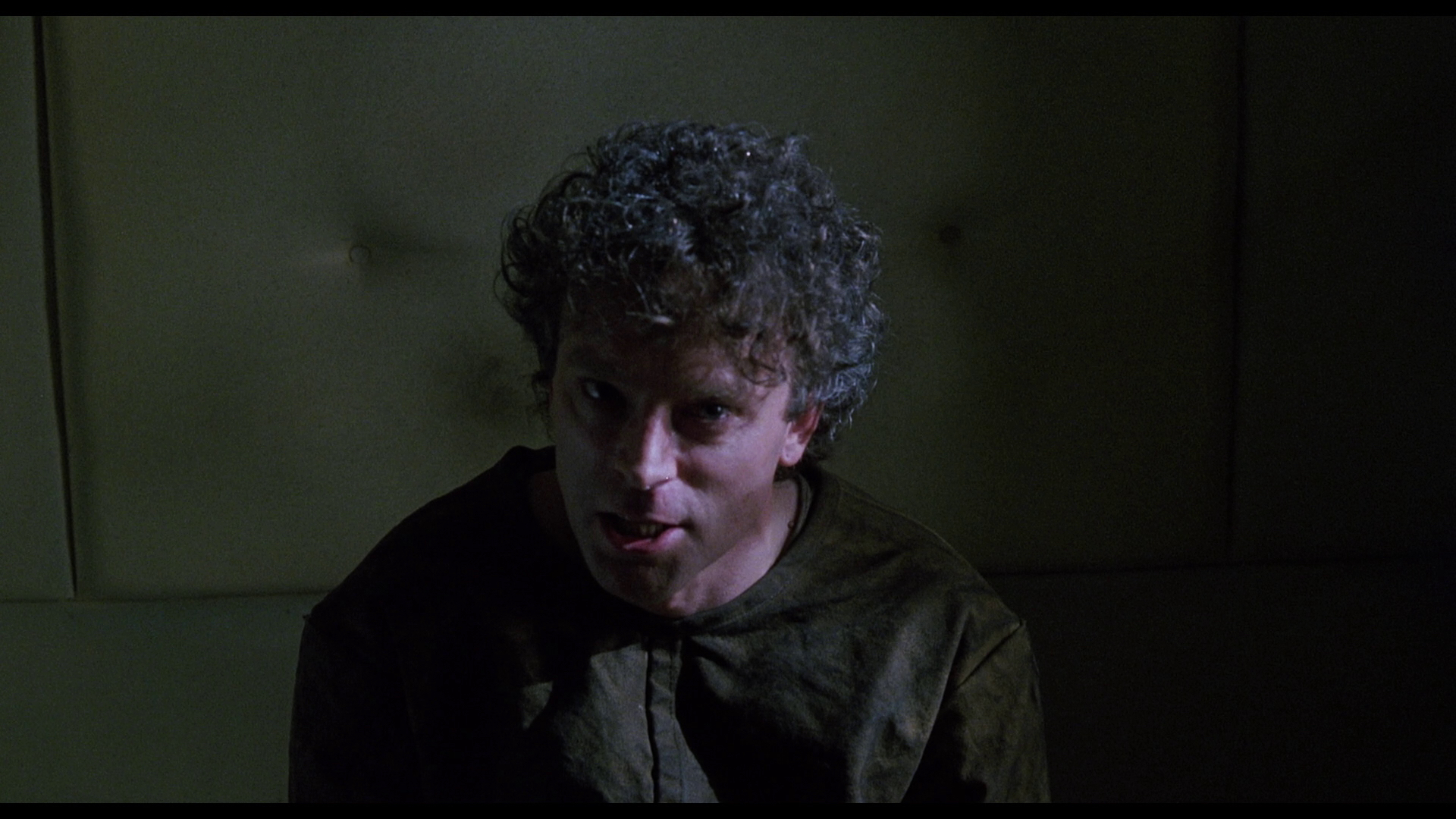 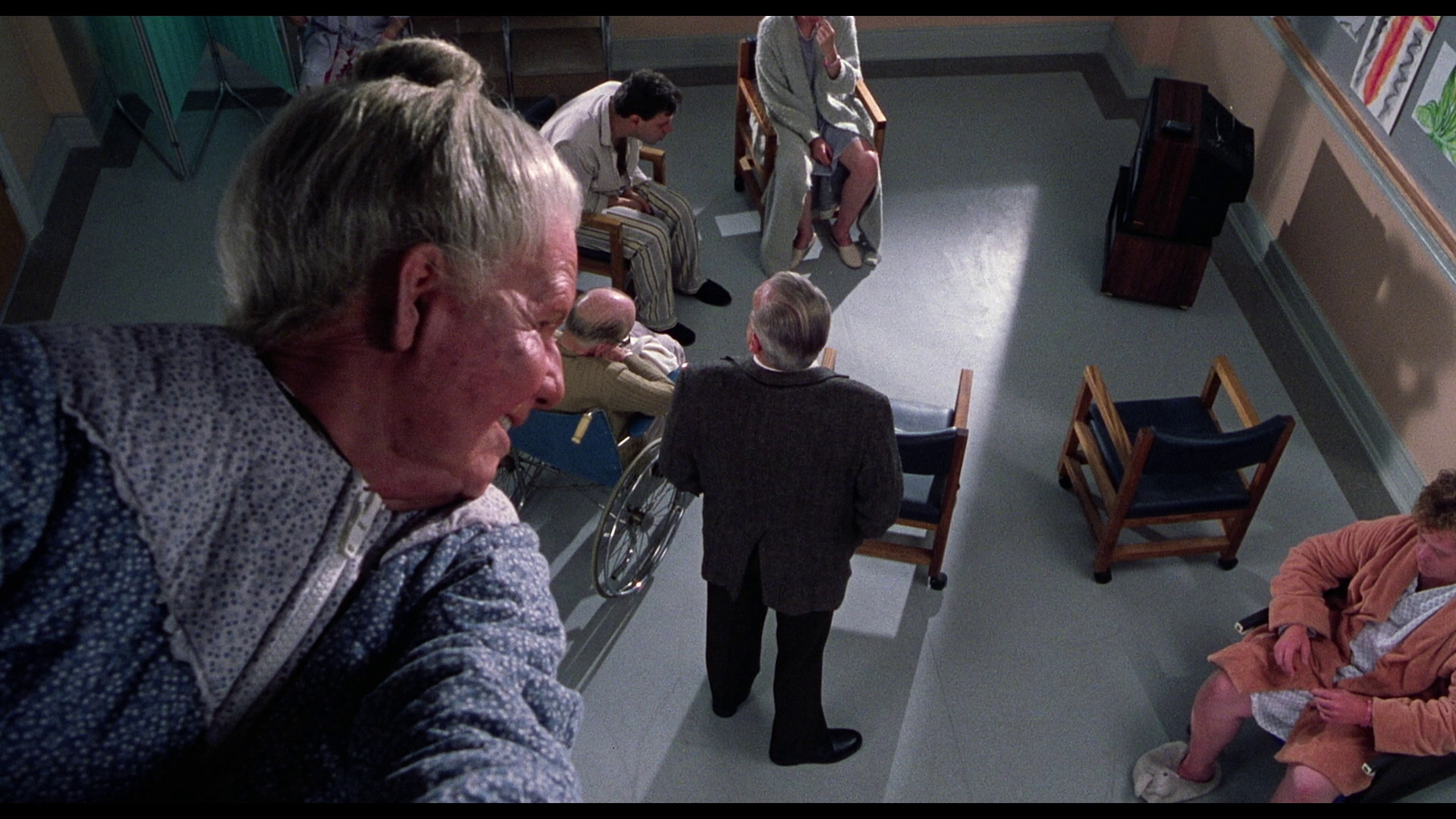 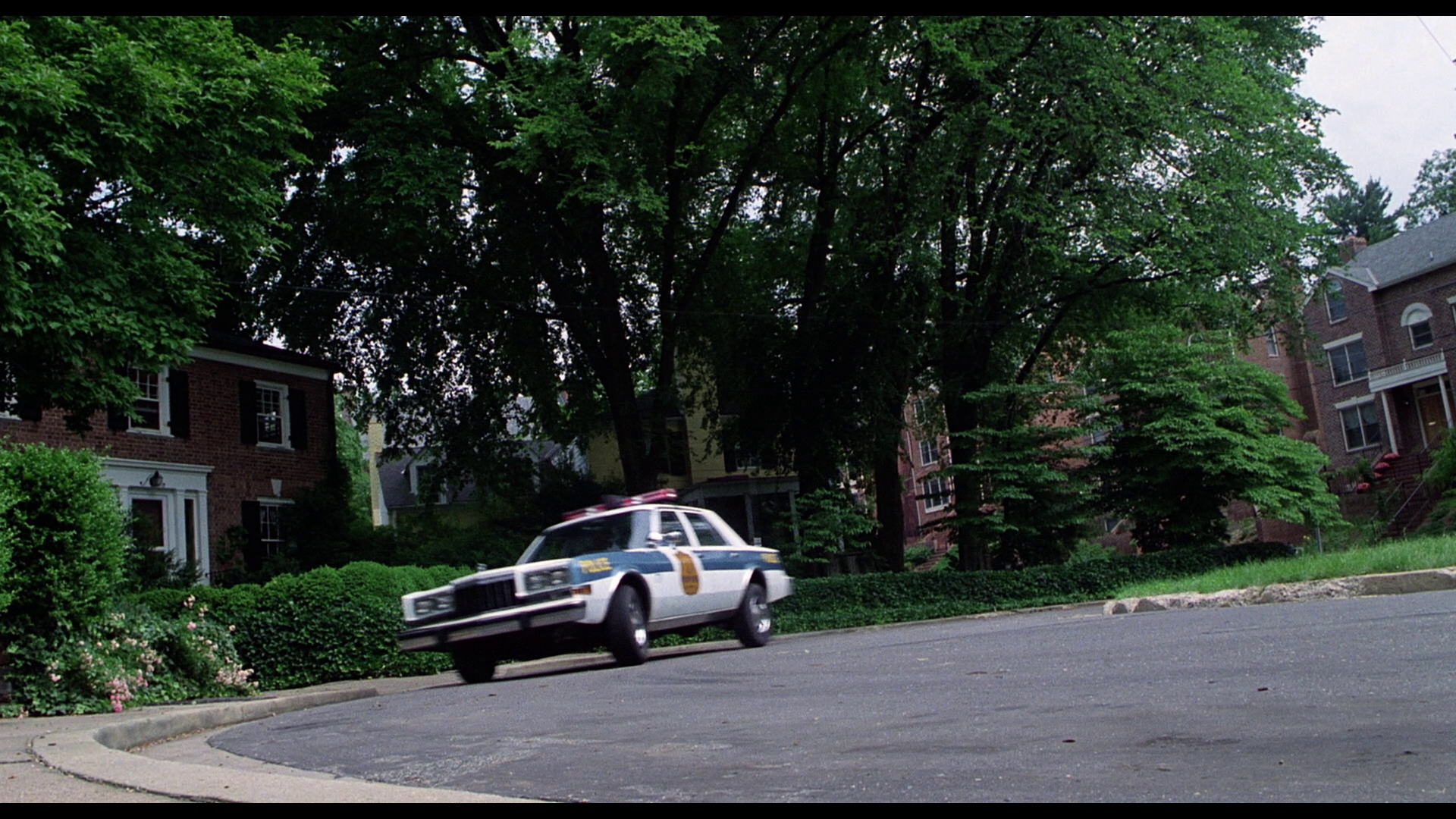 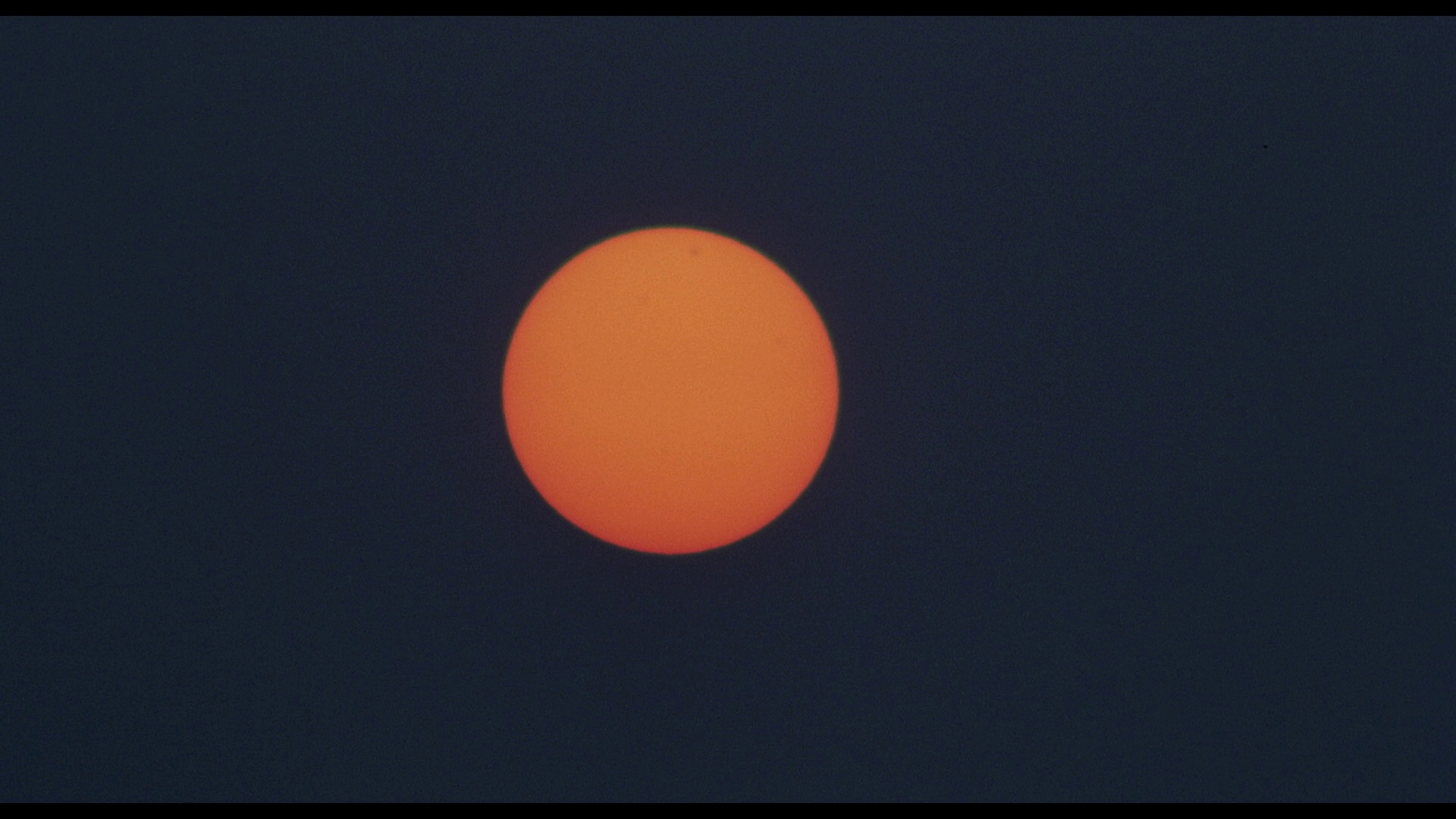 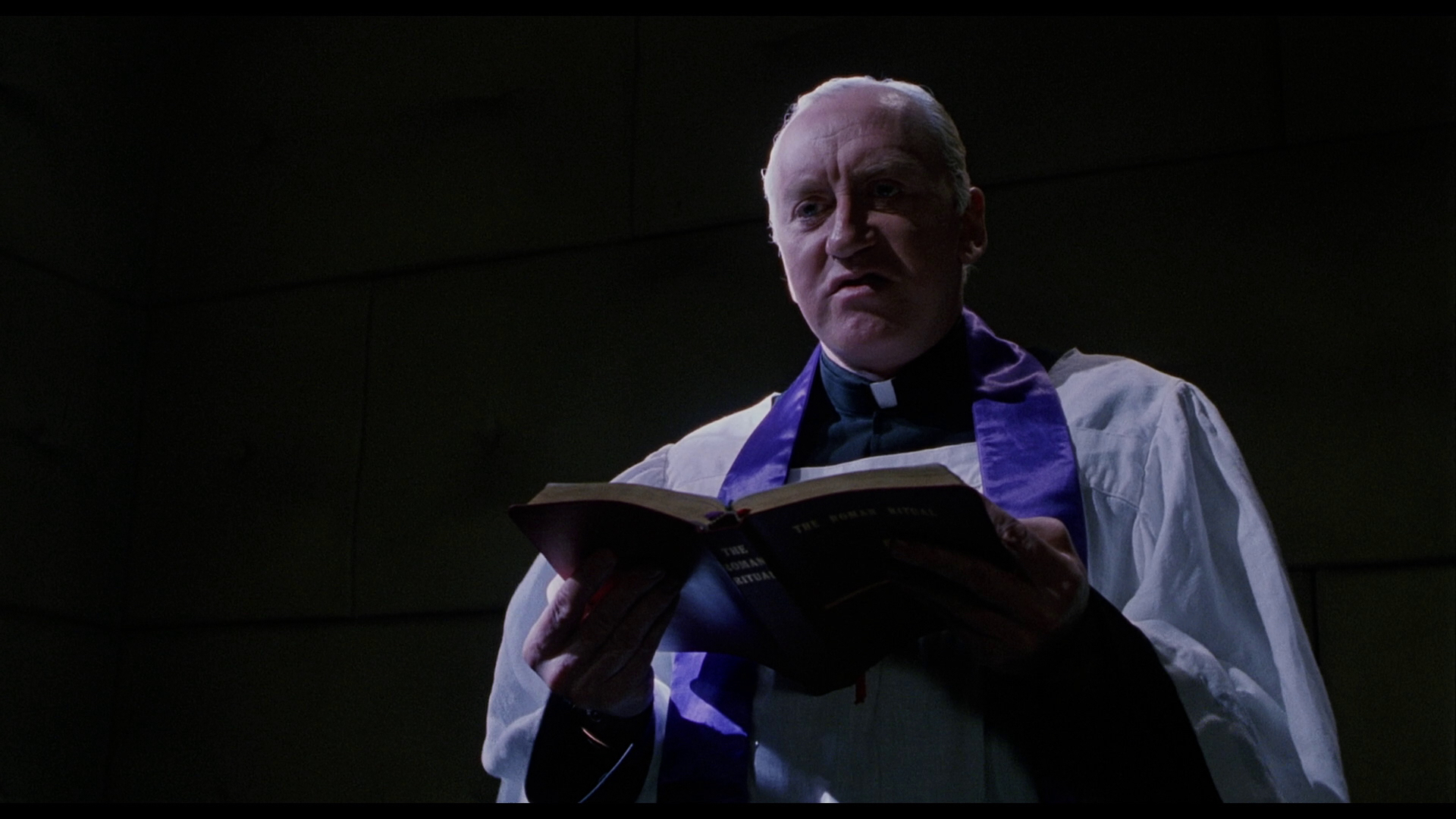 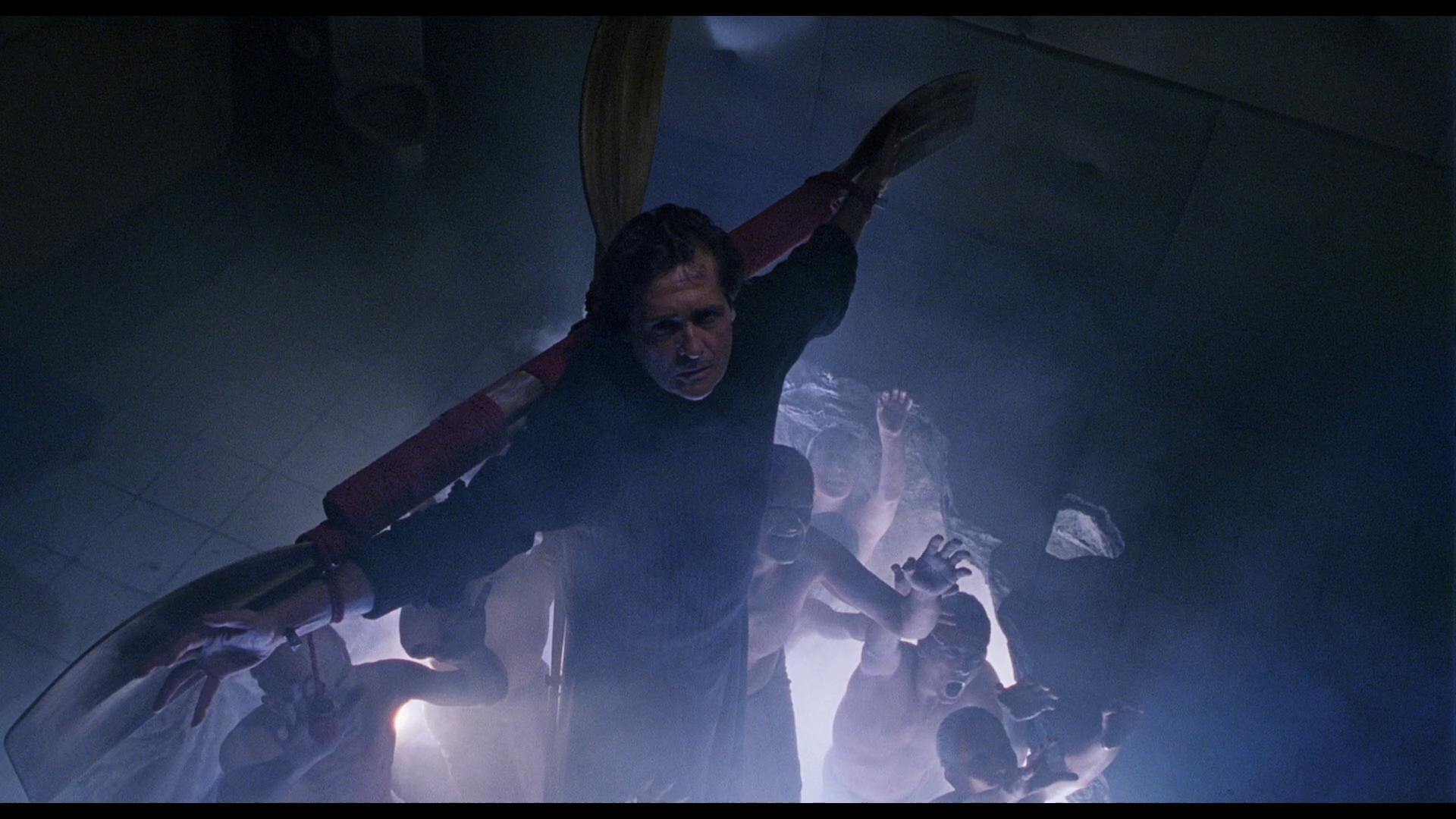