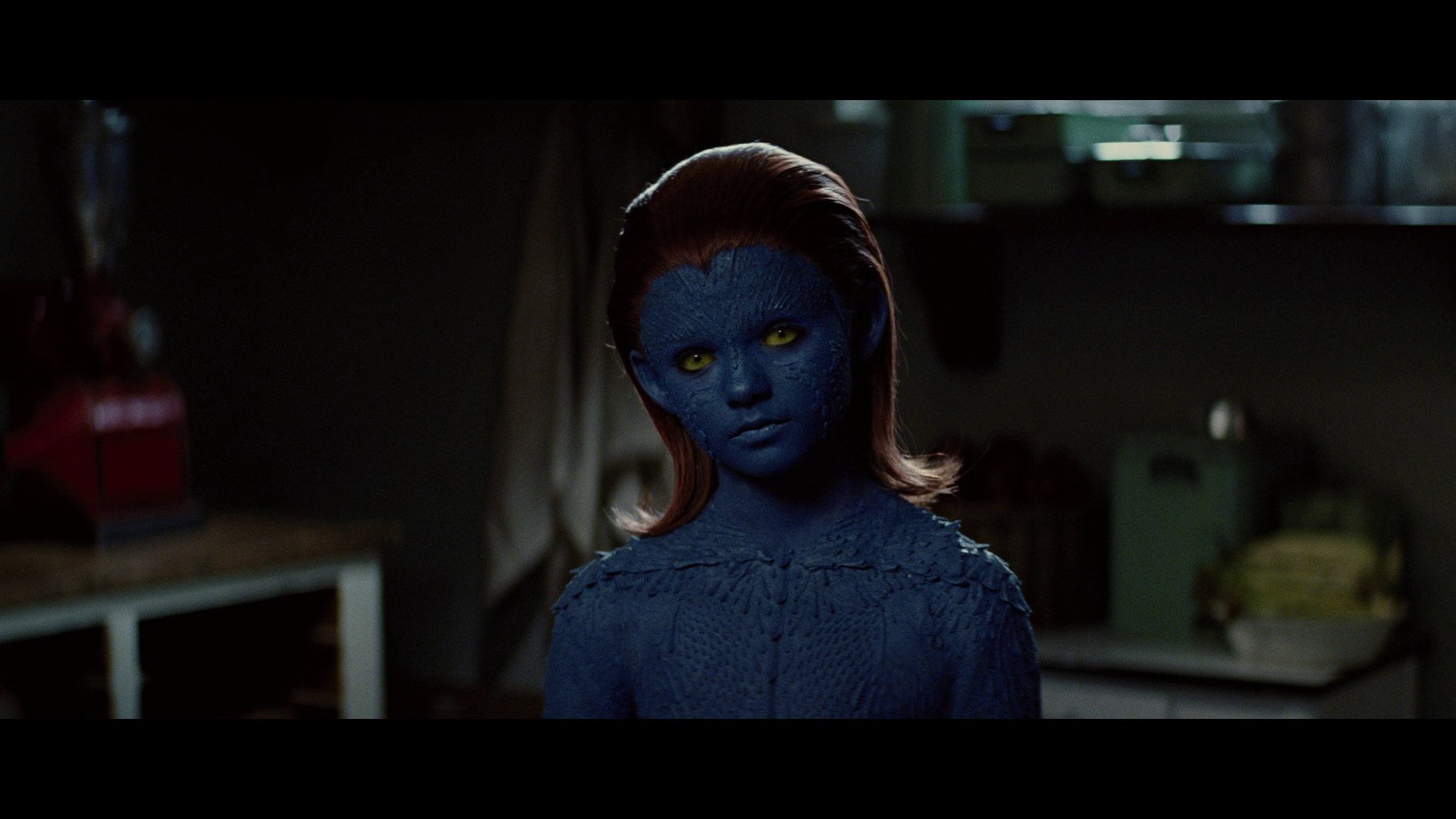 The X-Men film franchise took a five-year hiatus after X-Men: The Last Stand annoyed prickly fans and a Magneto-focused prequel never materialized. Matthew Vaughn (Snatch) stepped into the director's chair for this wholly satisfying and exciting film, which follows younger versions of Professor X (James McAvoy), Magneto (Michael Fassbender), Mystique (Jennifer Lawrence) and Beast (Nicholas Hoult) as they are pulled from disparate lives toward Xavier's School for Gifted Youngsters. Kevin Bacon plays Sebastian Shaw, the film's villain with ties to Magneto's past. Shaw uses his own mutant powers to redirect energy, and is hell-bent on crippling the world's superpowers. Vaughn brings a brawler energy to the film, and X-Men: First Class may be the most violent and realistic of the series. The period setting offers nuclear propaganda to mirror the mutants' own origins and heighten the tension.

In its effective opening scene, X-Men: First Class sees a young Erik Lehnsherr bend a metal fence with his mind after Nazis take his mother to a concentration camp. He is confronted by Dr. Klaus Schmidt (Bacon) and given an ultimatum: Do it again or your mother dies. When Erik cannot respond on command, Schmidt shoots the woman. Erik's rage then allows him to destroy the room, to the amusement of Schmidt. The film also introduces a young Charles Xavier, who catches an adolescent Raven Darkholme stealing food. He is amazed to discover another child with similar gifts, and promises to protect Raven so she will never have to steal again. The story then jumps forward nearly two decades. Erik combs the globe for Schmidt to avenge his family, Xavier graduates from the University of Oxford, and CIA agent Moira MacTaggert (Rose Byrne) stumbles upon a sinister plot involving Schmidt, now going by Sebastian Shaw, and his mutant sidekick, Emma Frost (January Jones). 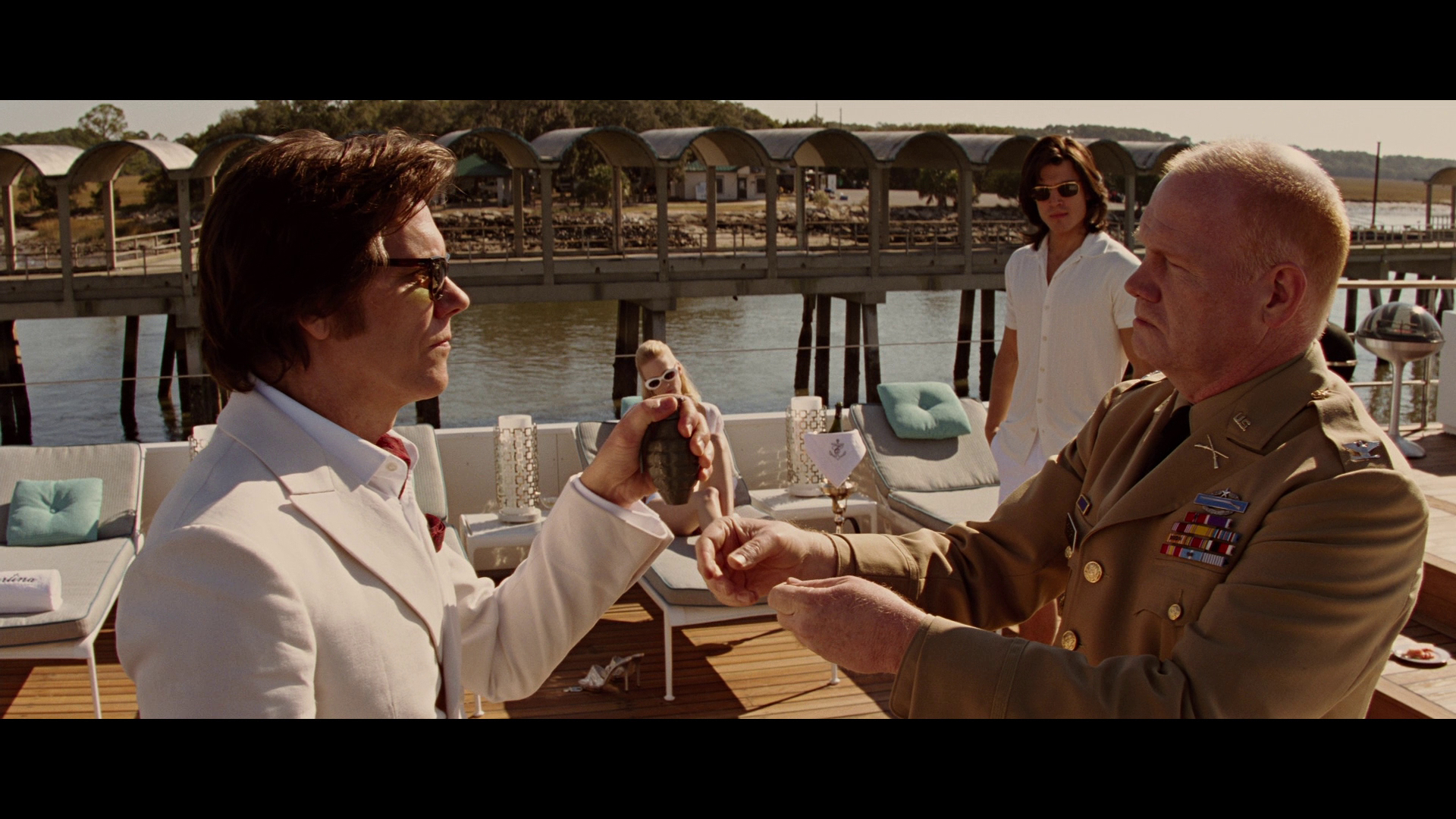 With the Cuban Missile Crisis as its backdrop, X-Men: First Class spins an effective tale of espionage and potential global destruction. This is very much a spy story, and its twisty, subtle thrills set it apart from other X-Men films. MacTaggert convinces her CIA superior (Oliver Platt) that they must fight fire with fire, and the secret "Division X" is formed to train mutants to fight Shaw and other criminals. Members include Mystique, Beast, Havok (Lucas Till) and Angel Salvadore (Zoe Kravitz). The young mutants act their age in an amusing scene where the group nearly destroys their CIA compound, but Xavier sternly reminds them of their importance to world peace. Shaw uses his influence to force military leaders to advocate for nuclear proliferation and the introduction of weapons into Cuba, playing both sides against one another.

It had been several years since I last saw X-Men: First Class and I'd forgotten how much I like this movie. It is certainly close to my favorite in the series, and Vaughn brings a lot to the table. I respect his decision to focus on unique projects instead of sequels, but I would welcome his return to this series. Watching this so soon after X-Men: Apocalypse soured my opinion on that movie and its director, Bryan Singer, even more. This entry feels much more energetic and important, with interesting characters and a compelling narrative. This story also stands on its own. Sure, it's a great X-Men movie, but it is also a good movie period. Singer has Vaughn to thank for the foundation of this second X-Men trilogy, and Vaughn assembles an excellent cast for this gripping origin story. That Wolverine cameo is priceless, too. 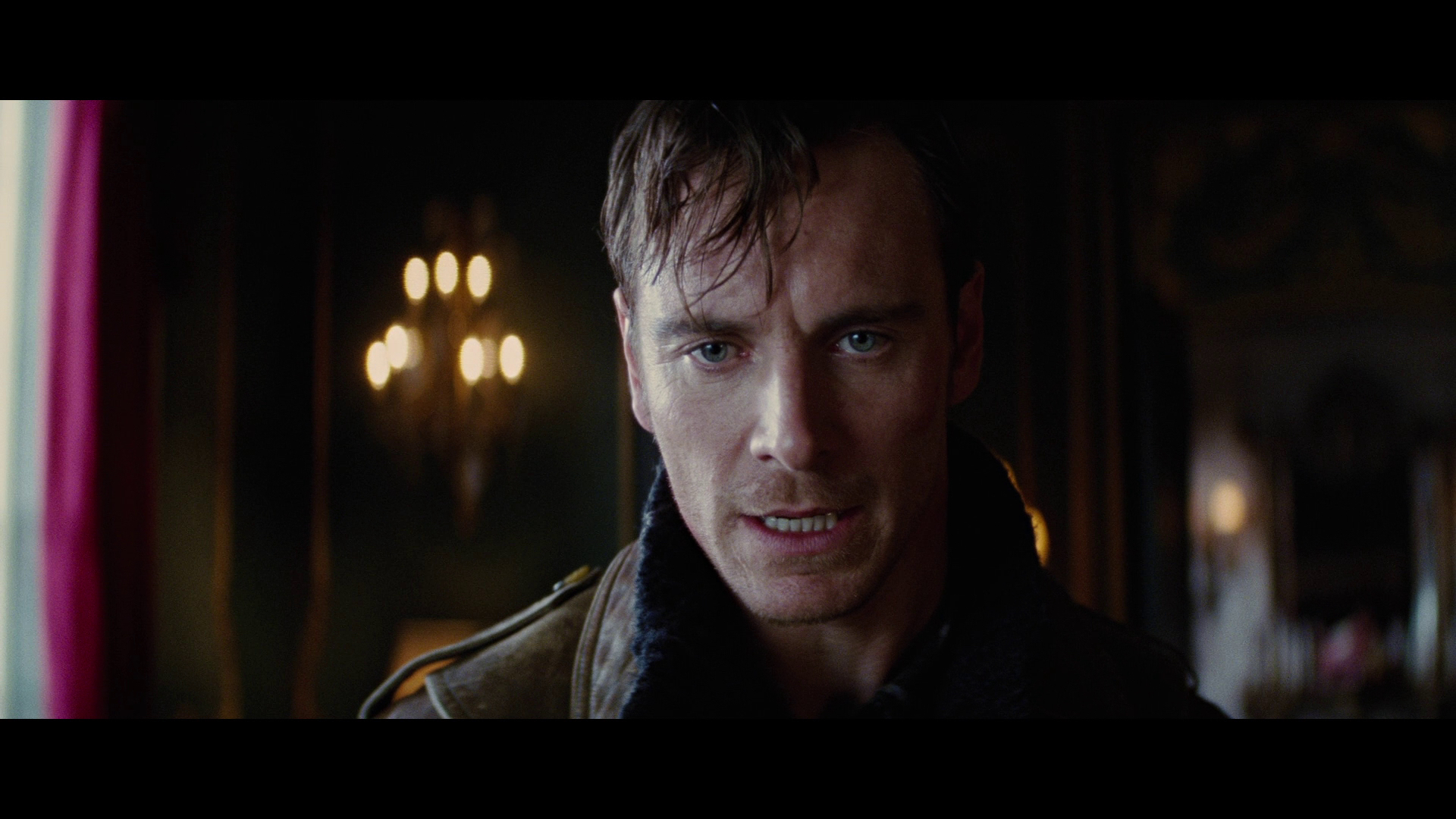 THE 4K ULTRA HD AND BLU-RAY:

Fox continues to release its biggest movies on the new Ultra HD format. Unlike Apocalypse, First Class was finished at 2K, so this is actually an upscale. While the HEVC/H.265/2.35:1/2160p image offers some subtle upgrades over the Blu-ray, there is not much benefit to upgrading to Ultra HD solely for the picture. The grain is a bit obtrusive on the 4K version, as if the uptick in resolution overemphasized the pattern. I also noticed some minor judder on quick pans. Detail receives a minor boost, and some of the outdoor scenes are noticeably more colorful. The included Blu-ray presentation, which Neil Lumbard reviewed in 2011, is very good, with excellent fine-object detail and texture, accurate skin tones, and excellent black levels. My score here is for the 4K Ultra HD presentation, which is not essential.

Fox phones it in with the audio, too, and only offers the 5.1 DTS-HD Master Audio mix that was available on the previous Blu-ray. It's an excellent mix, but consumers wanting to upgrade to 4K Ultra HD are looking for Atmos and 7.1 options. Again, stick with your Blu-ray, which is just as good.

This two-disc release comes in a black 4K Ultra HD eco-case. An insert offers a digital download via iTunes or UltraViolet providers. The only extra on the 4K disc is an Isolated Score Track in Dolby Digital 5.1, which is perplexing. At least the included Blu-ray is stacked. See Neil's review for more details. Although I rated the entire package including the Blu-ray disc for X-Men: Apocalypse, my score here is for the 4K Ultra HD disc only. If studios want you to upgrade, I think it's important for the consumer to know what they get on the new disc.

Matthew Vaughn's X-Men: First Class is an excellent espionage thriller and origin story for the Xavier, Magneto and Mystique characters in the franchise. The film both stands alone and is an excellent foundation for the second X-Men trilogy. I cannot recommend this new 4K Ultra HD version, as it is not worth upgrading your Blu-ray disc. The picture is an upscale that provides little added benefit, the audio mix is the same as available on the Blu-ray, and no new supplements have been created. Skip It and give your Blu-ray a spin. 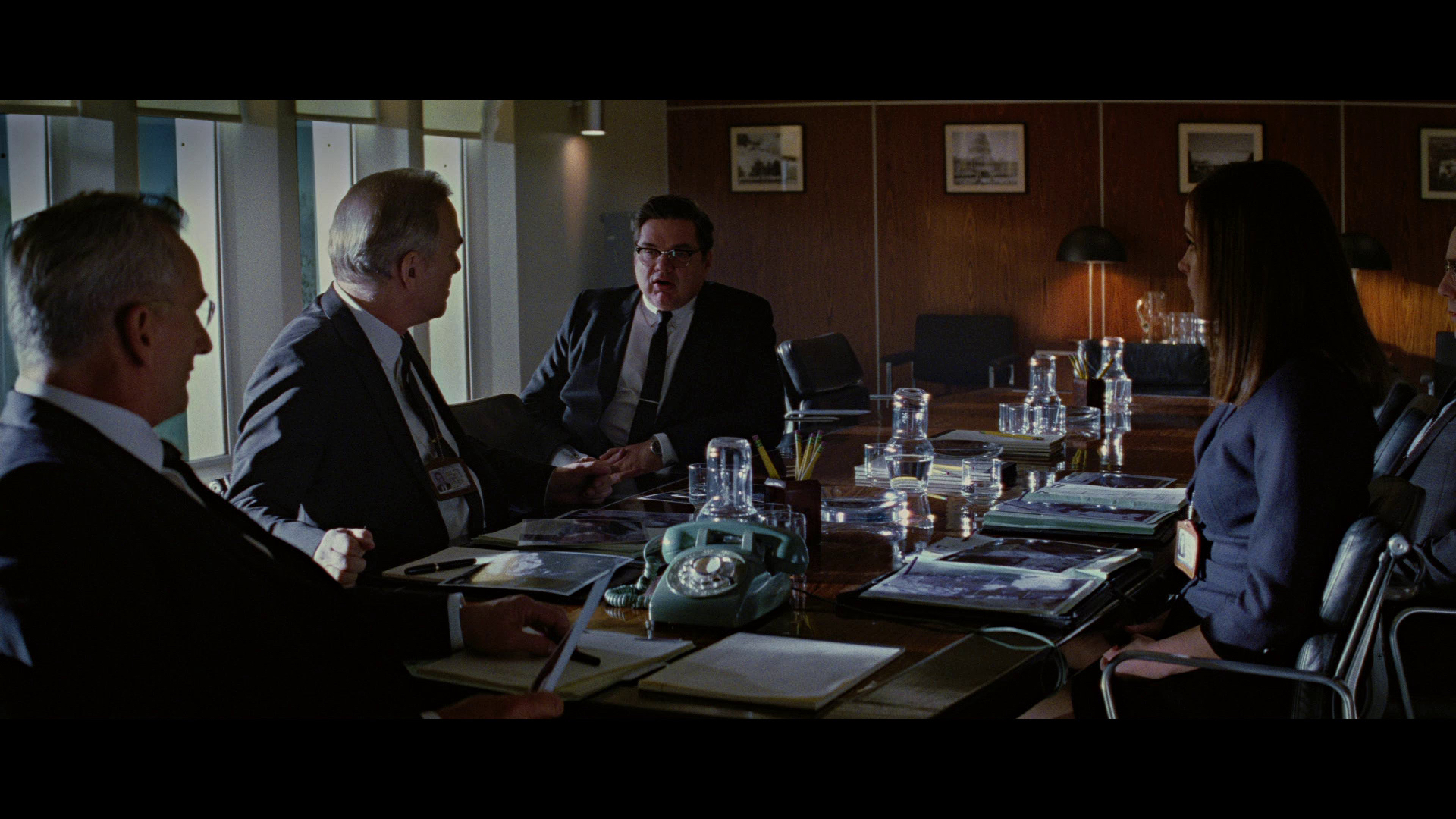 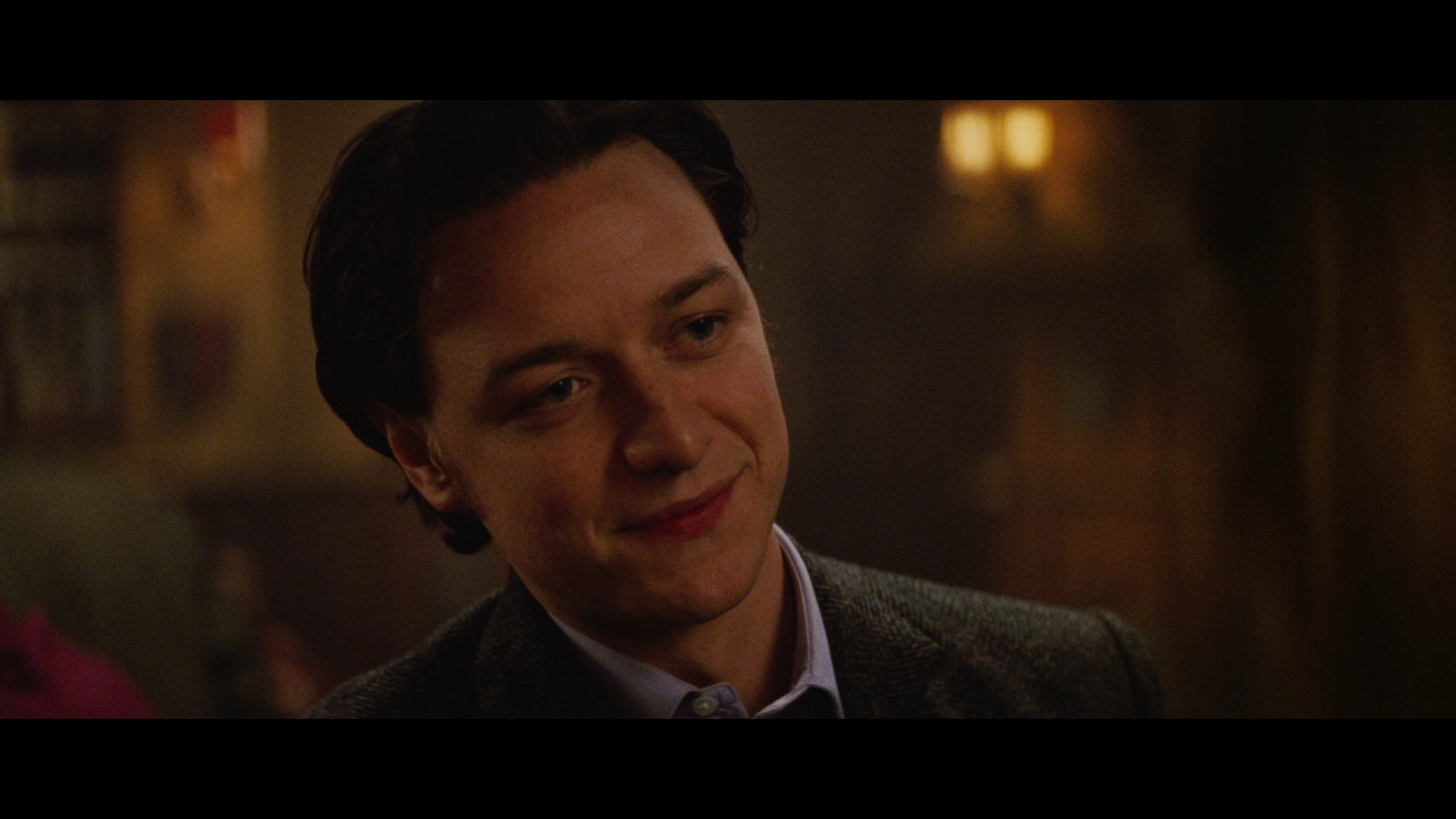 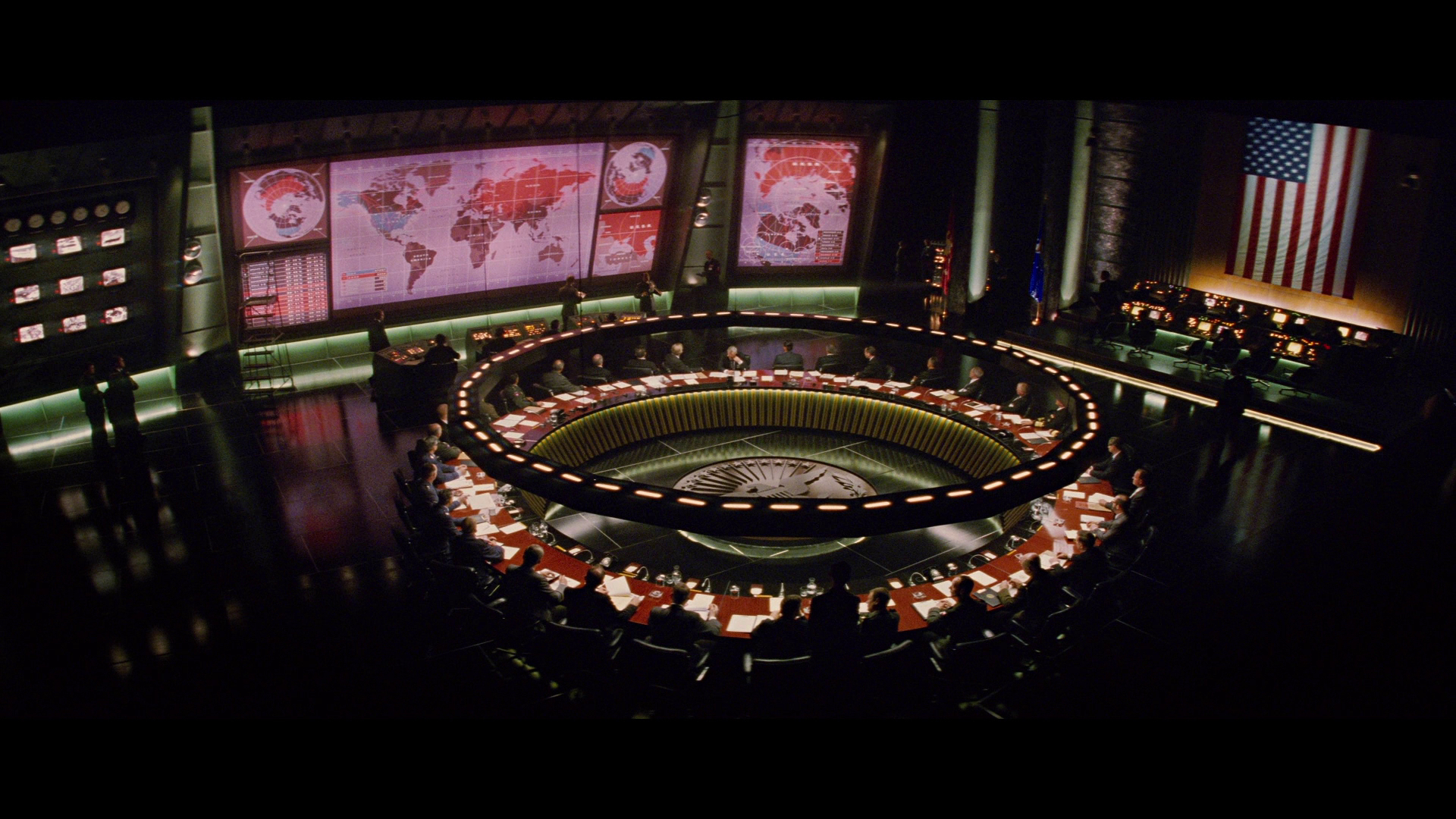 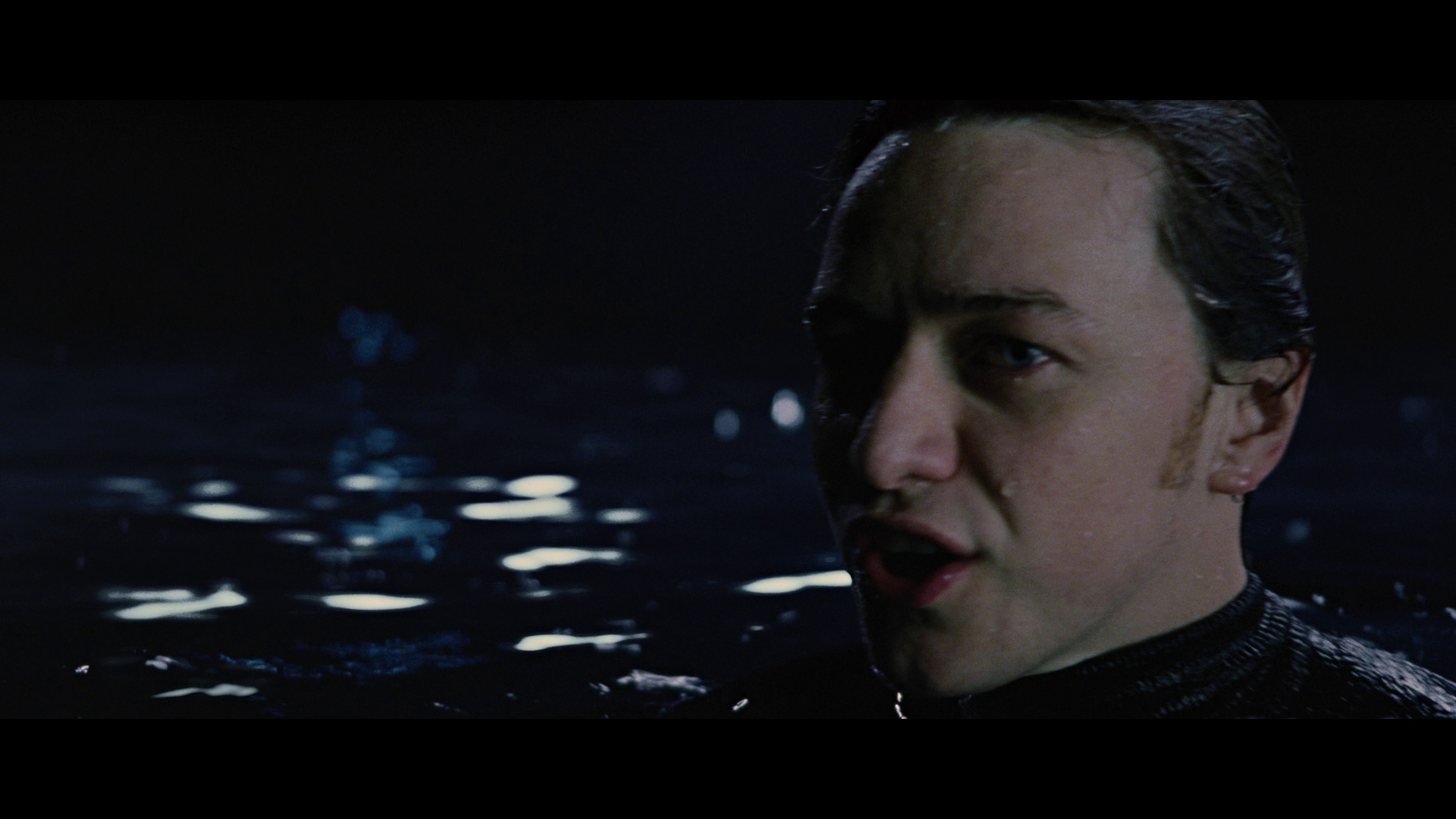 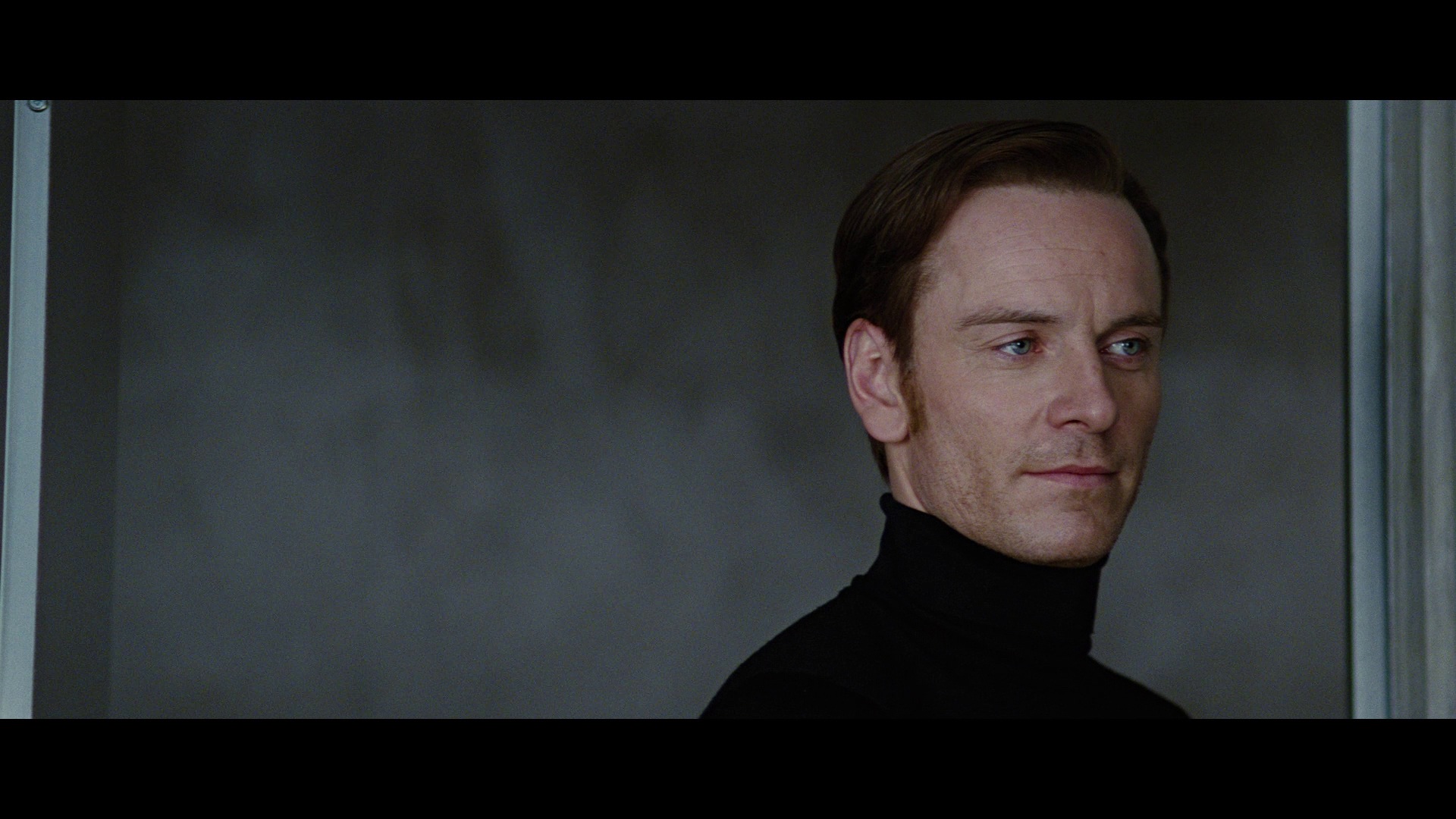 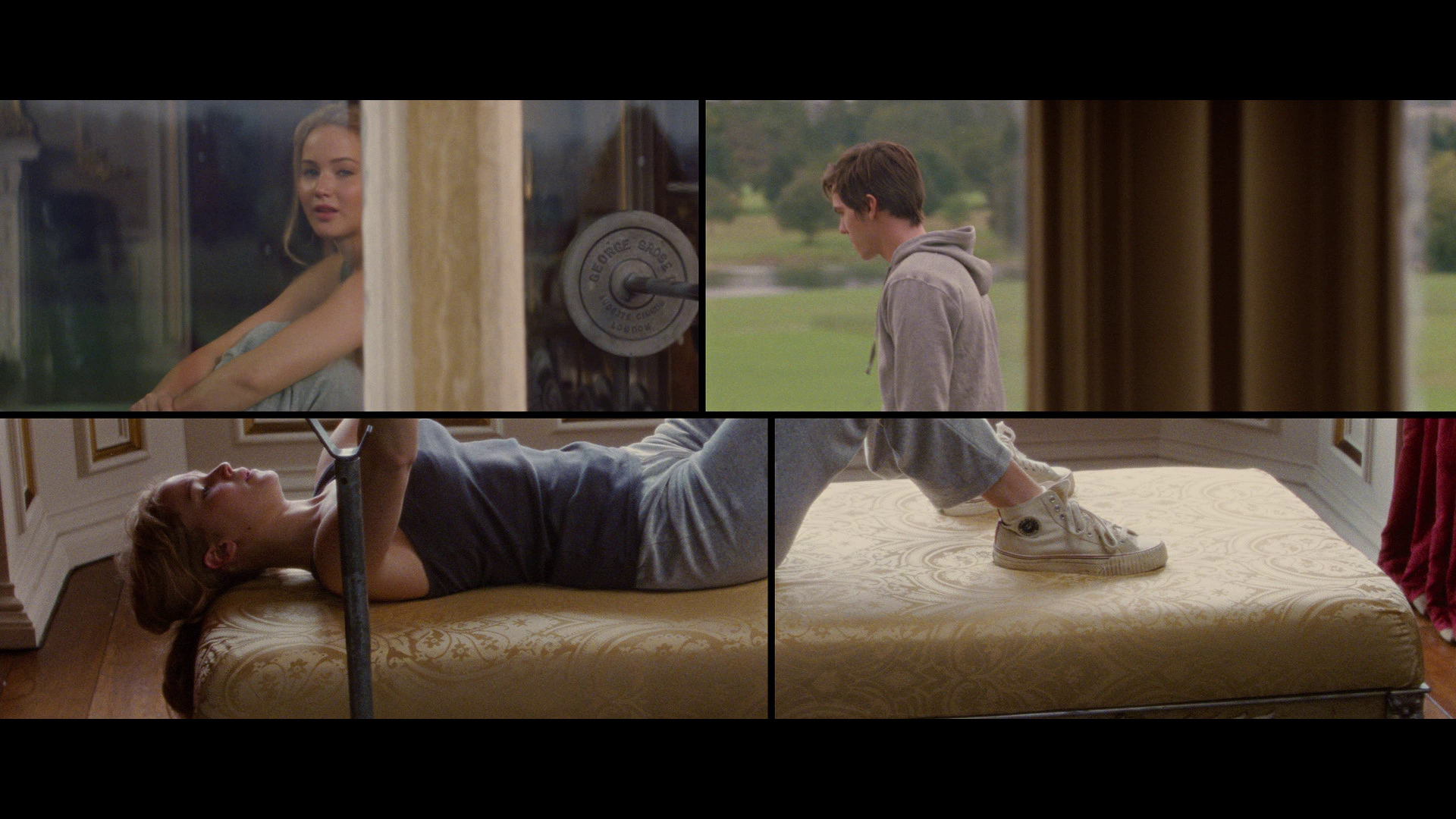 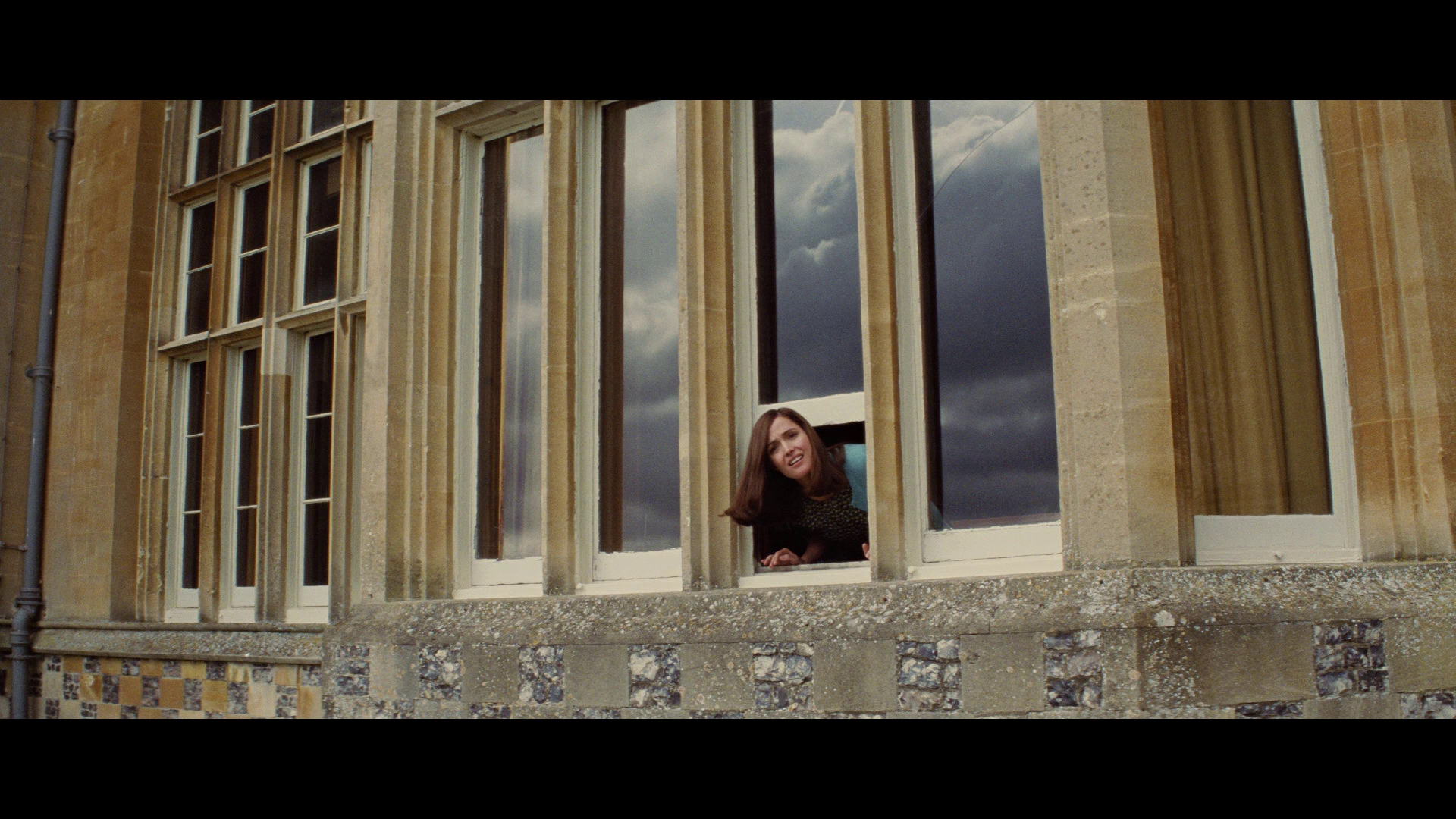 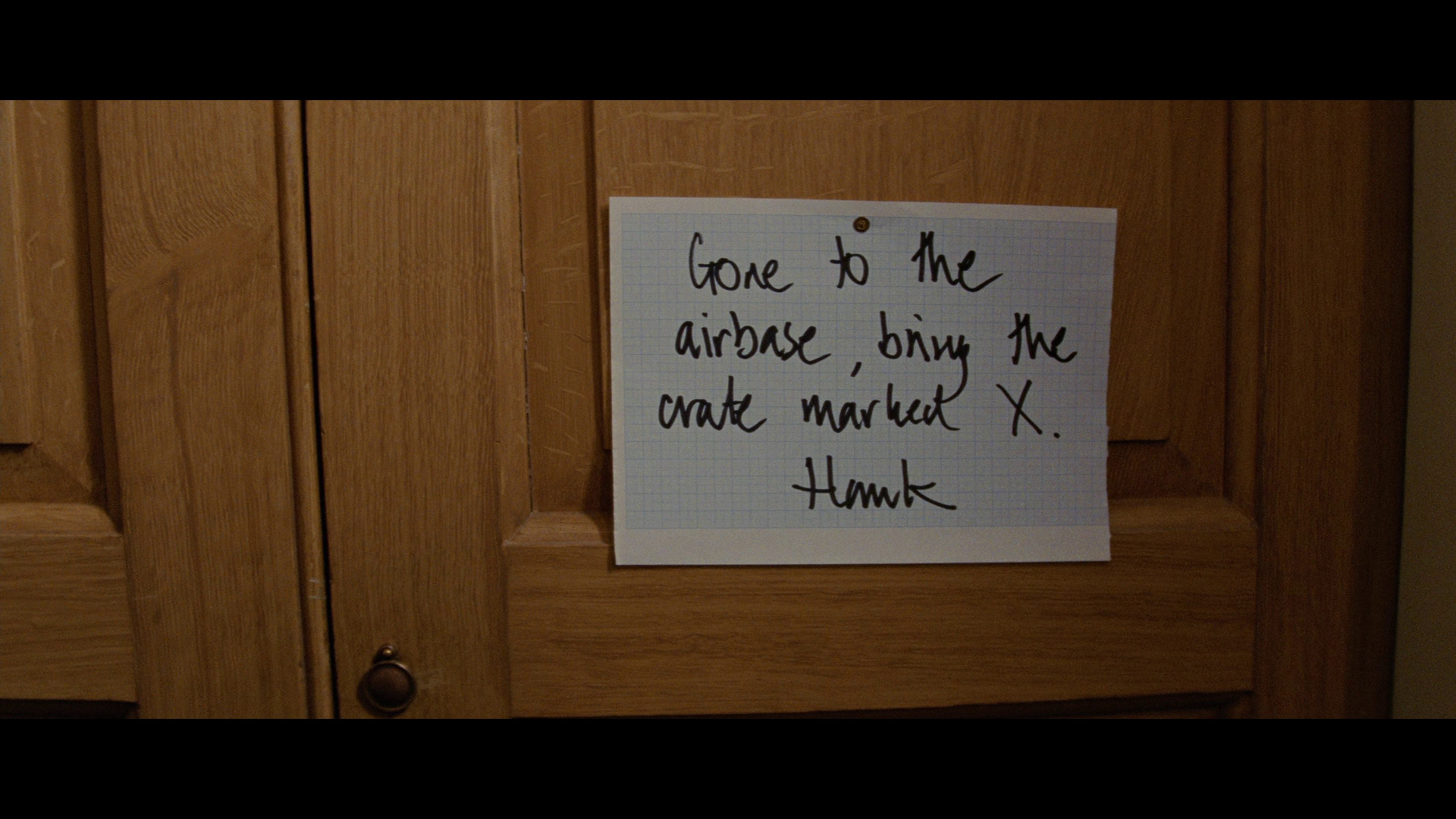 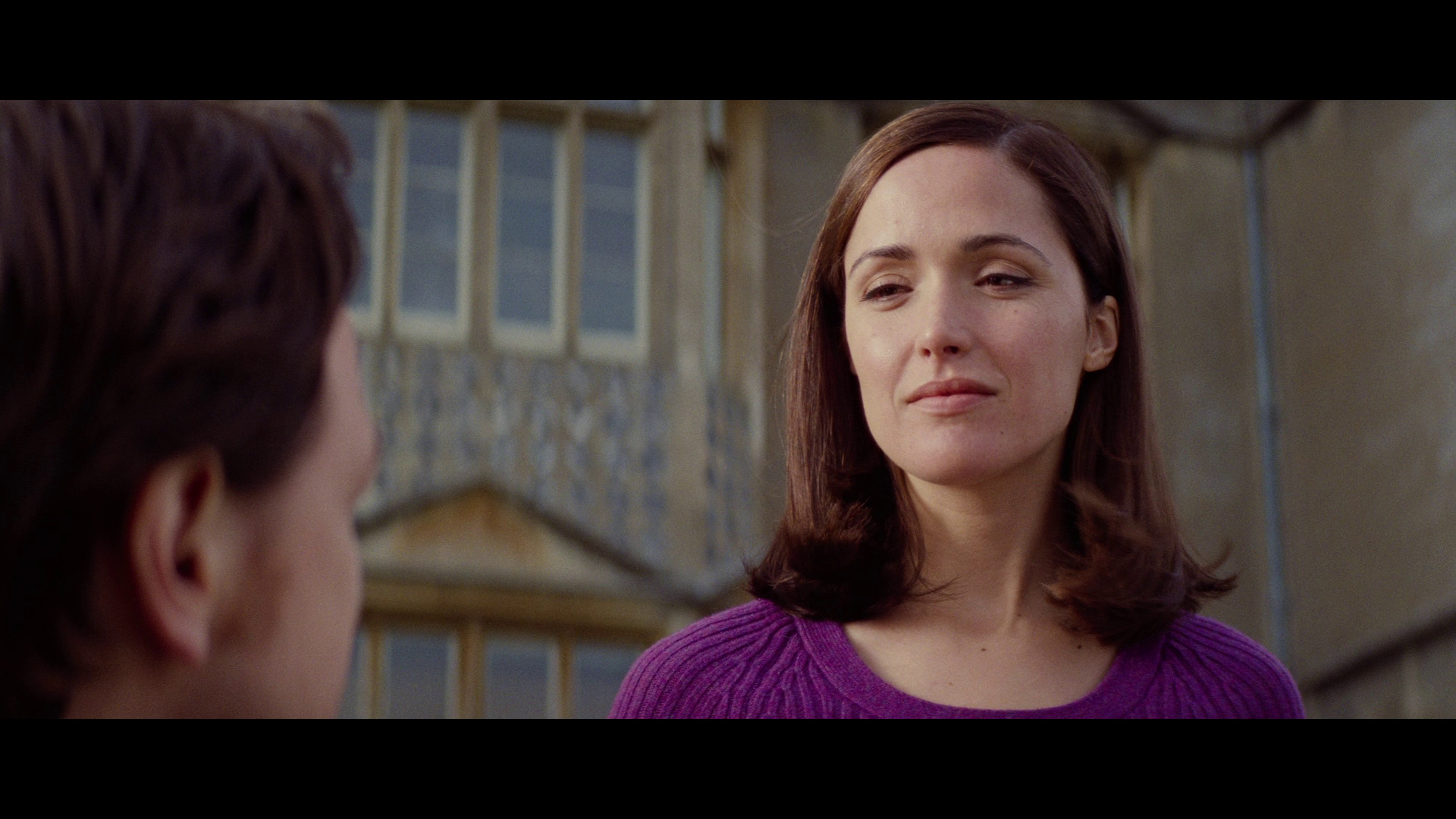