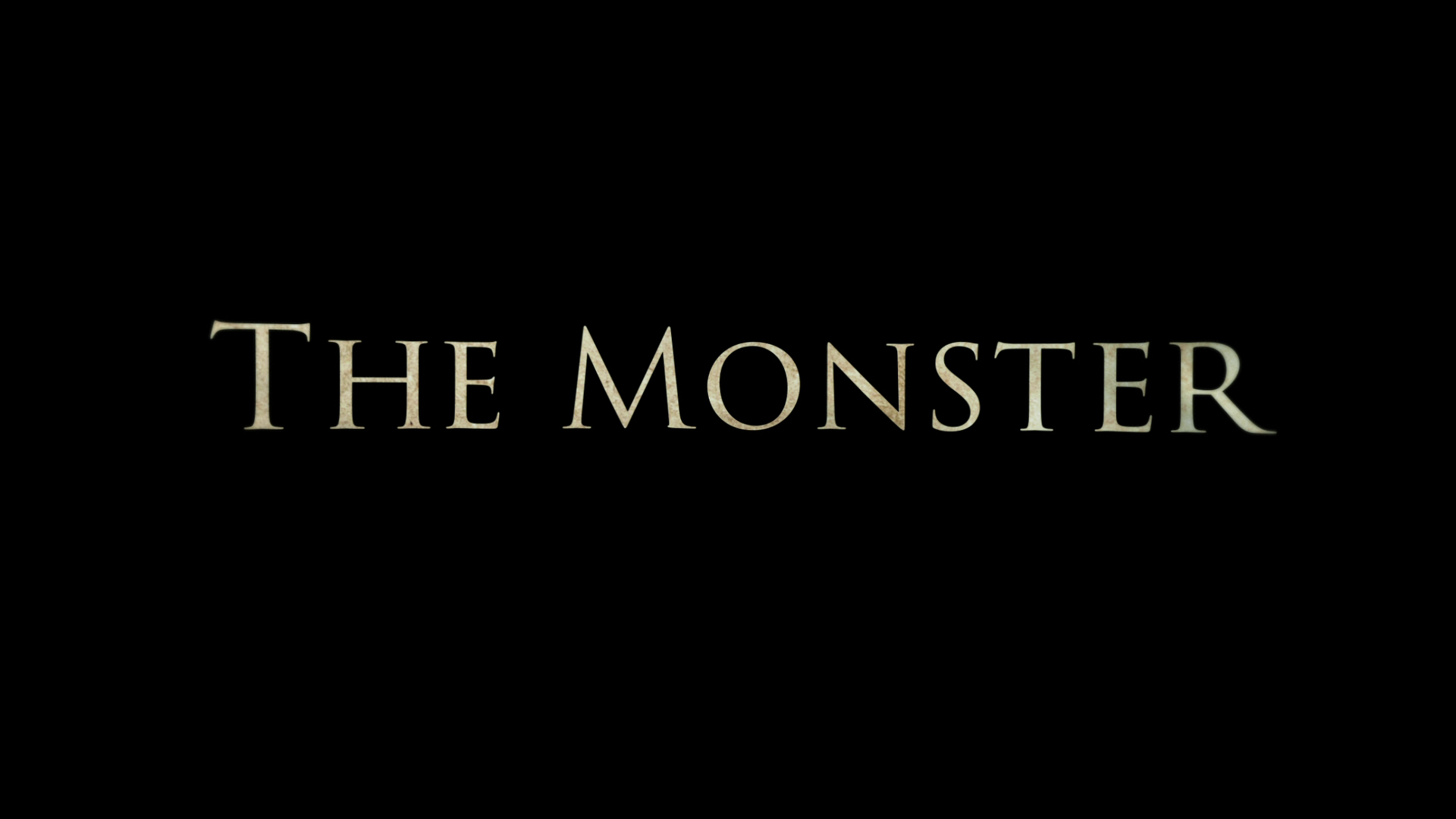 Recent horror film The Monster debuted on DirecTV and offers a strong performance from Zoe Kazan. Bryan Bertino's (The Strangers) film mixes creature horror and domestic drama, uneasily at times, and the film cuts from the present action to scenes depicting alcoholism and child abuse. The monster is refreshingly real, however, and not just a metaphor for some larger psychological trauma. Fifteen-year-old Canadian actress Ella Ballentine also impresses as Lizzy, a child caught between feuding parents and forced to face the beast alongside the mother she barely knows. There's something to be said about a threat so powerful it can mend long-broken relationships. Bertino created palpable dread in the deliberately paced The Strangers, and attempts to recapture that atmosphere here. He does at times, but The Monster's frequent time shifting and slow pace threaten to spike viewer disinterest.

The film opens on the morning that Lizzy is supposed to go back to her father. She has to rouse her hung over mother Kathy (Kazan), and a screaming match ensues. We soon learn that Kathy's substance abuse issues derailed her marriage and have left her relationship with Lizzy in tatters. That mother and daughter barely speak is an interesting setup for a road trip film. They roar off, fuming, in Kathy's old clunker. Later that night, the pair hits what they think is a wolf on a dark secondary road. When they investigate, it is revealed that their car's bumper is not the first trauma the stricken animal saw that evening. Soon, a greater threat is revealed to be lurking amid the trees alongside the desolate road. 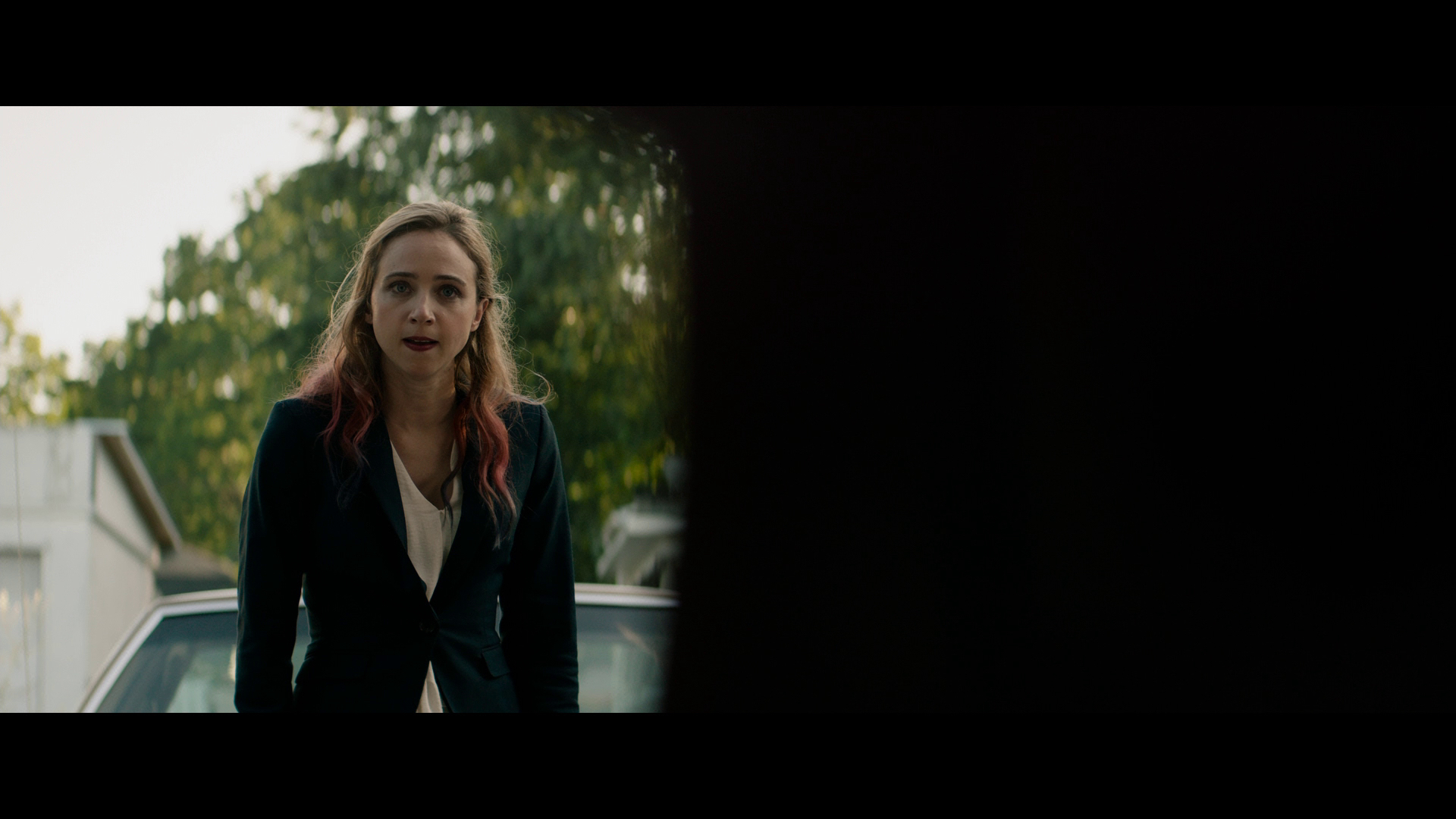 A monster is quite effective at reconciling these two ladies. The film offers frequent flashbacks to show just how terrible Kathy has been to Lizzy. There is the evening she slaps Lizzy in the face after the girl hides drugs from Kathy and her boyfriend. We also see the afternoon that Kathy repeatedly screams "fuck you" to her daughter outside their home after Lizzy asks her not to come to a school play for fear she will get loaded and embarrass her. By all accounts, Kathy is an awful mom, but she also knows her daughter is the only good thing she has going. Lizzy is mature and patient in a way that daughters of on-screen abuse often are, and Ballentine goes toe to toe with the dynamic Kazan to impressive results. That's not to say some of the screaming feels like overkill, because it does.

On the whole, I like The Monster, but I do not think I will revisit it again in the future. Showing the domestic turmoil is important for the setup, but once the film strands its protagonists on the present highway, the frequent cut-aways hurt the pace and grow repetitive. I like that Bertino avoids the "no service" cliche and actually allows Kathy to call a tow truck. It is one call the man should have ignored. The pair's reconciliation in the valley of death feels genuine, too, and it is in these moments that Kazan impresses the most. There is a fair bit of suspense in the climax, and The Monster does not treat its characters nicely. This is a solid, if flawed, film from Bertino, and I look forward to watching Kazan in future roles. 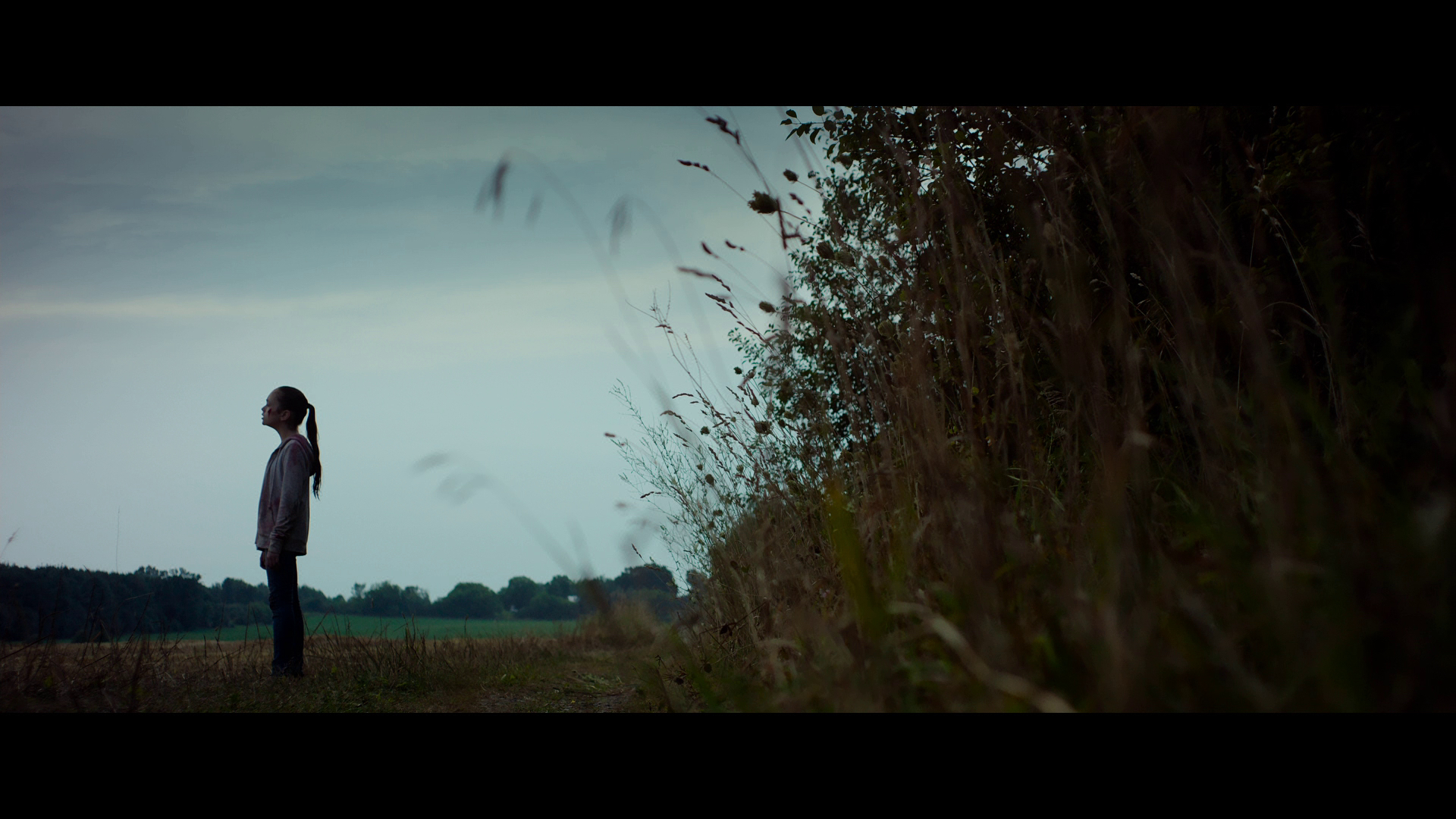 This may not be a reference-quality disc, but Lionsgate's 2.40:1/1080p/AVC-encoded image does well with some tricky elements. Much of the film takes place at night and in the rain, which could have easily led to intense black crush and smearing. Fortunately, the image remains sharp and detailed throughout, and shadows are not overly oppressive. Colors are subdued but nicely saturated, and skin tones appear accurate. I noticed some minor softness and brief aliasing, but this image is otherwise solid.

The 5.1 DTS-HD Master Audio mix is also good. Dialogue is clear and presented without distortion. The frequent ambient elements, like rain and monster breath, surround the viewer, and the LFE is awakened during the action sequences. The score is nicely balanced amid the elements, if a bit subdued. English SDH and Spanish subtitles are included.

This single-disc release is packed in an eco-case that is wrapped in a slipcover. An insert offers a code to redeem for an UltraViolet HD digital copy. The only extra is an EPK affair, Eyes in the Darkness (7:32/HD), which offers cast and crew interviews and some behind-the-scenes footage.

This ambitious mix of creature horror and domestic drama is not always successful, but it does offer enough positives to warrant a viewing. Zoe Kazan and Ella Ballentine give strong performances as an estranged mother and daughter stranded together in a dangerous situation. Lionsgate's Blu-ray looks and sounds good, but extra features are very light. Rent It. 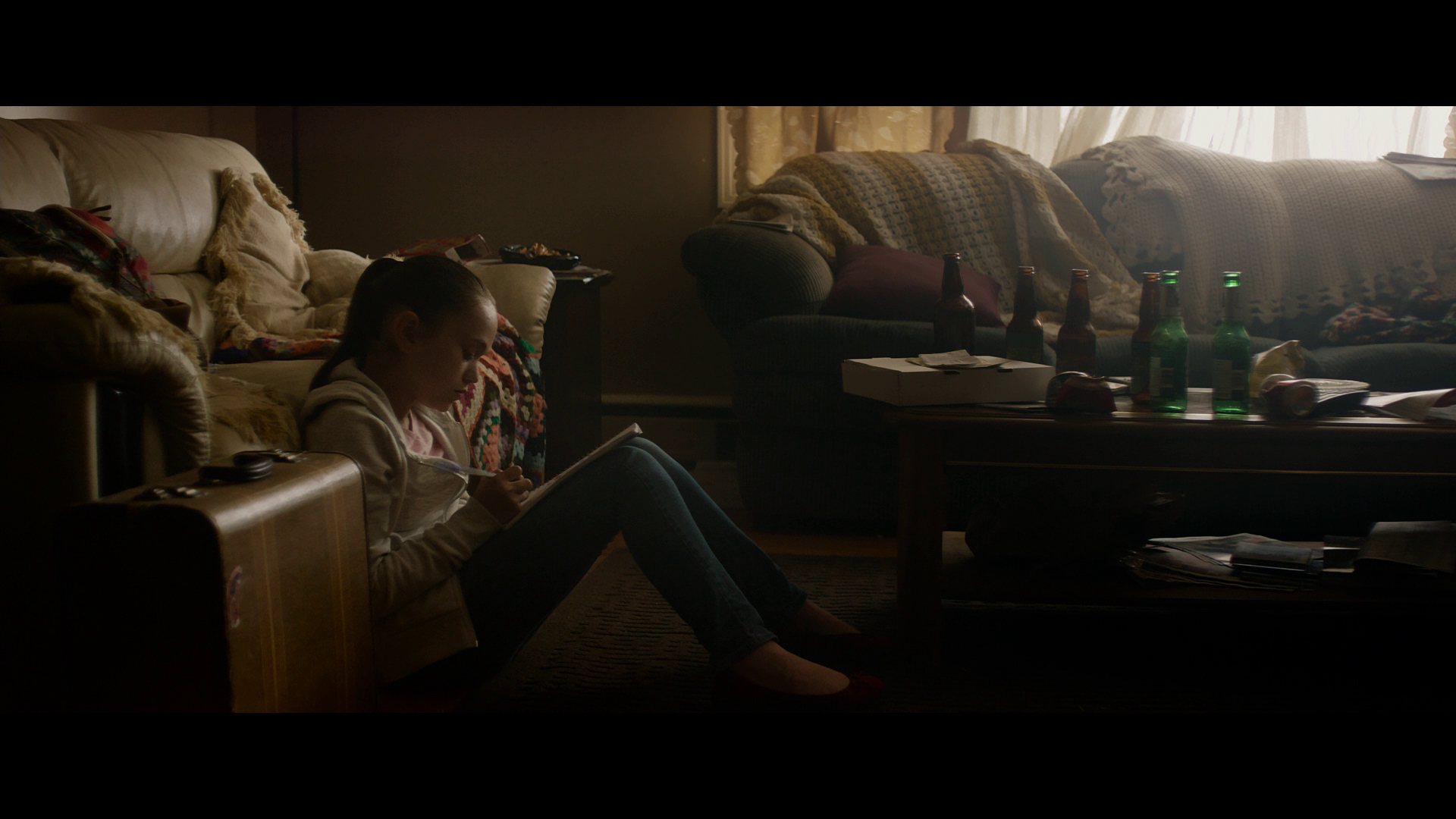 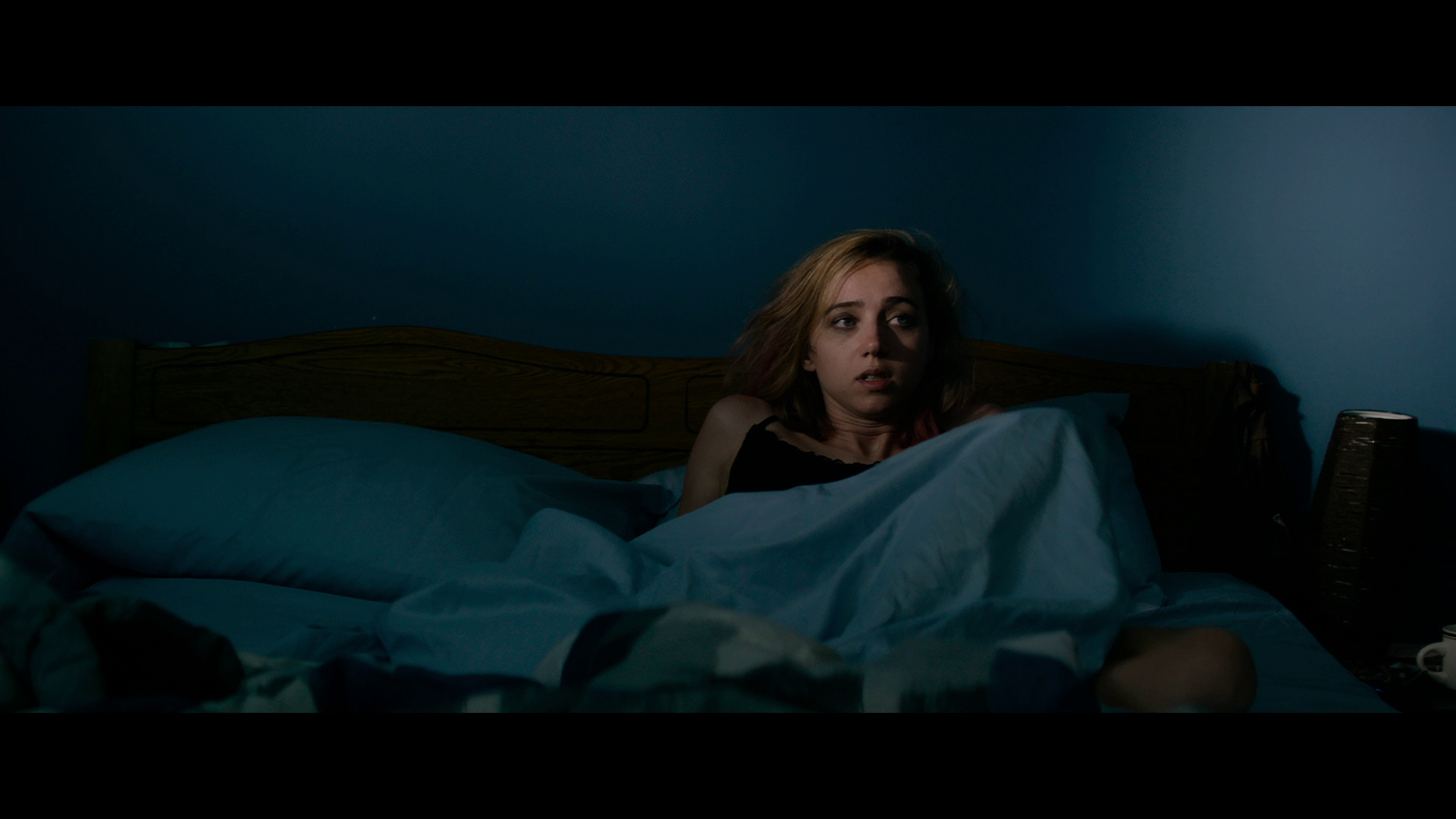 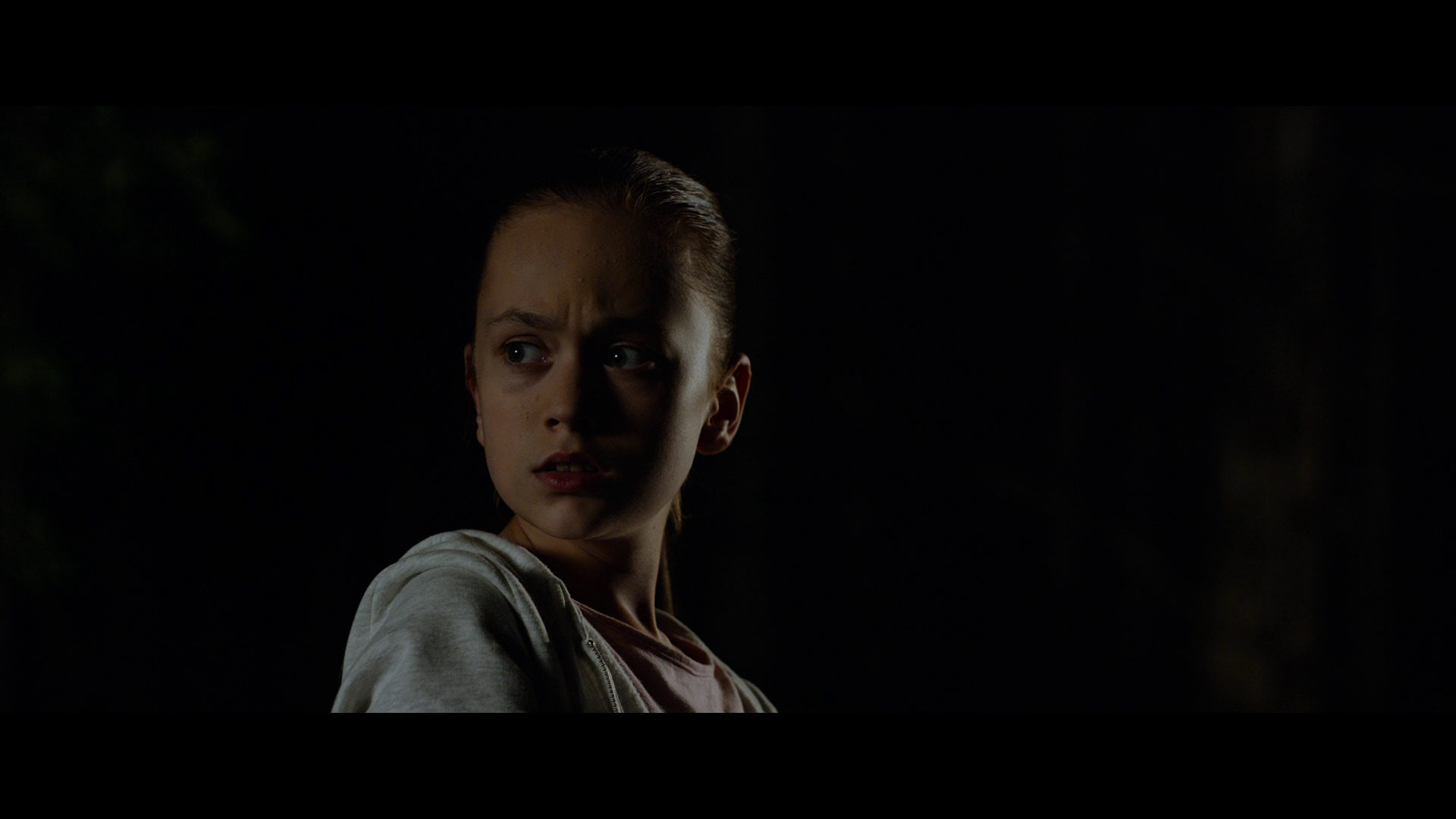 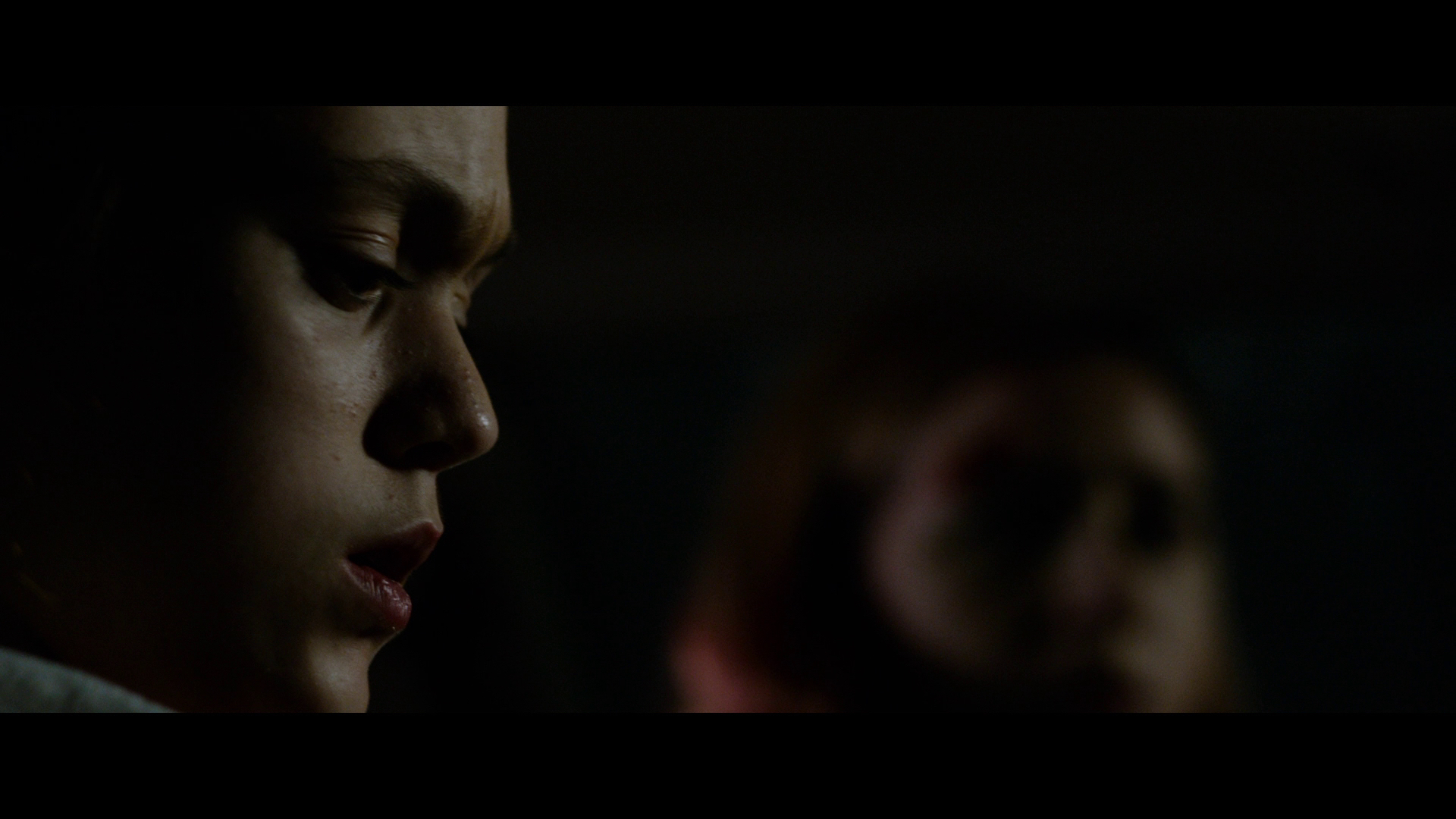 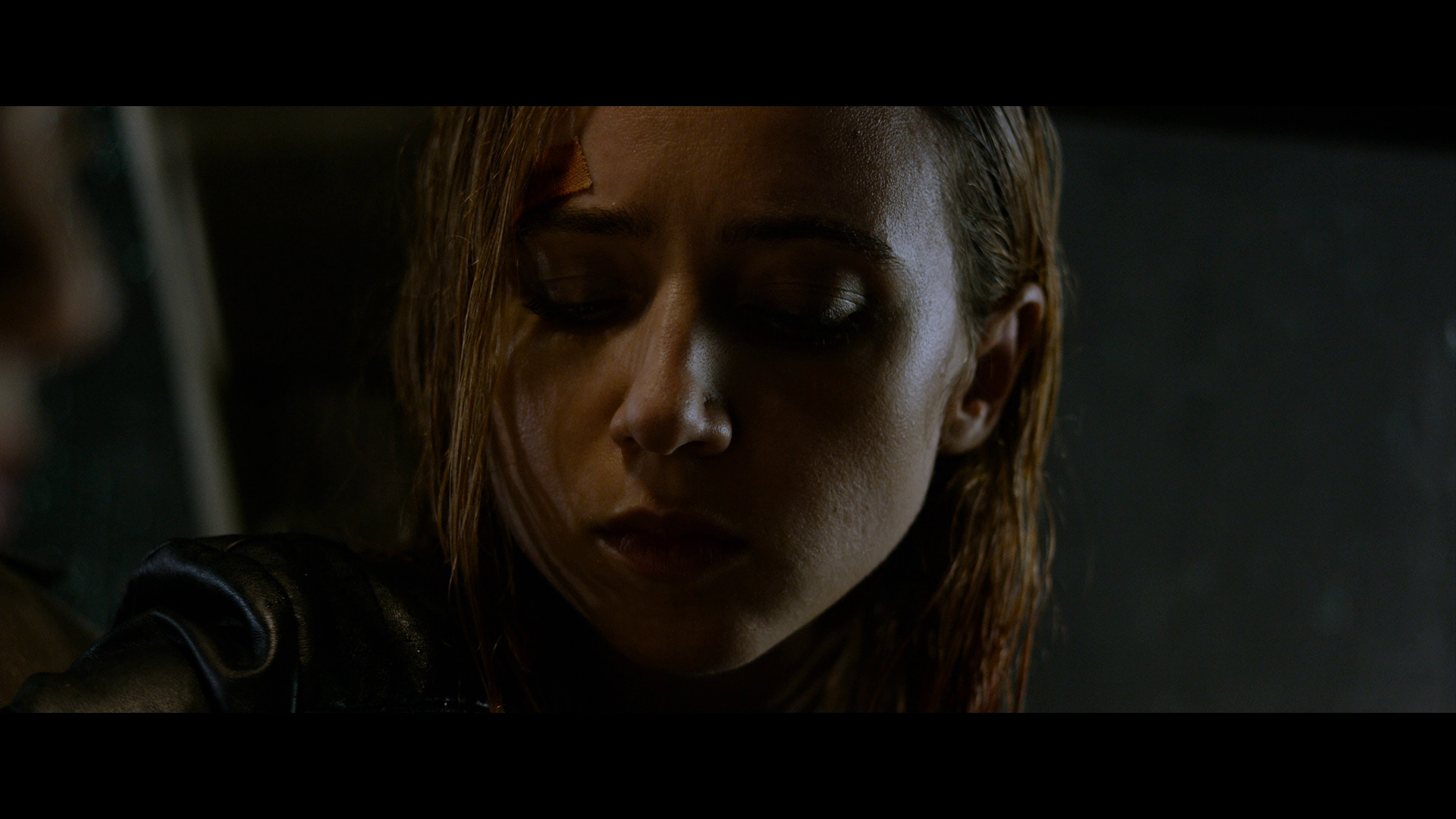 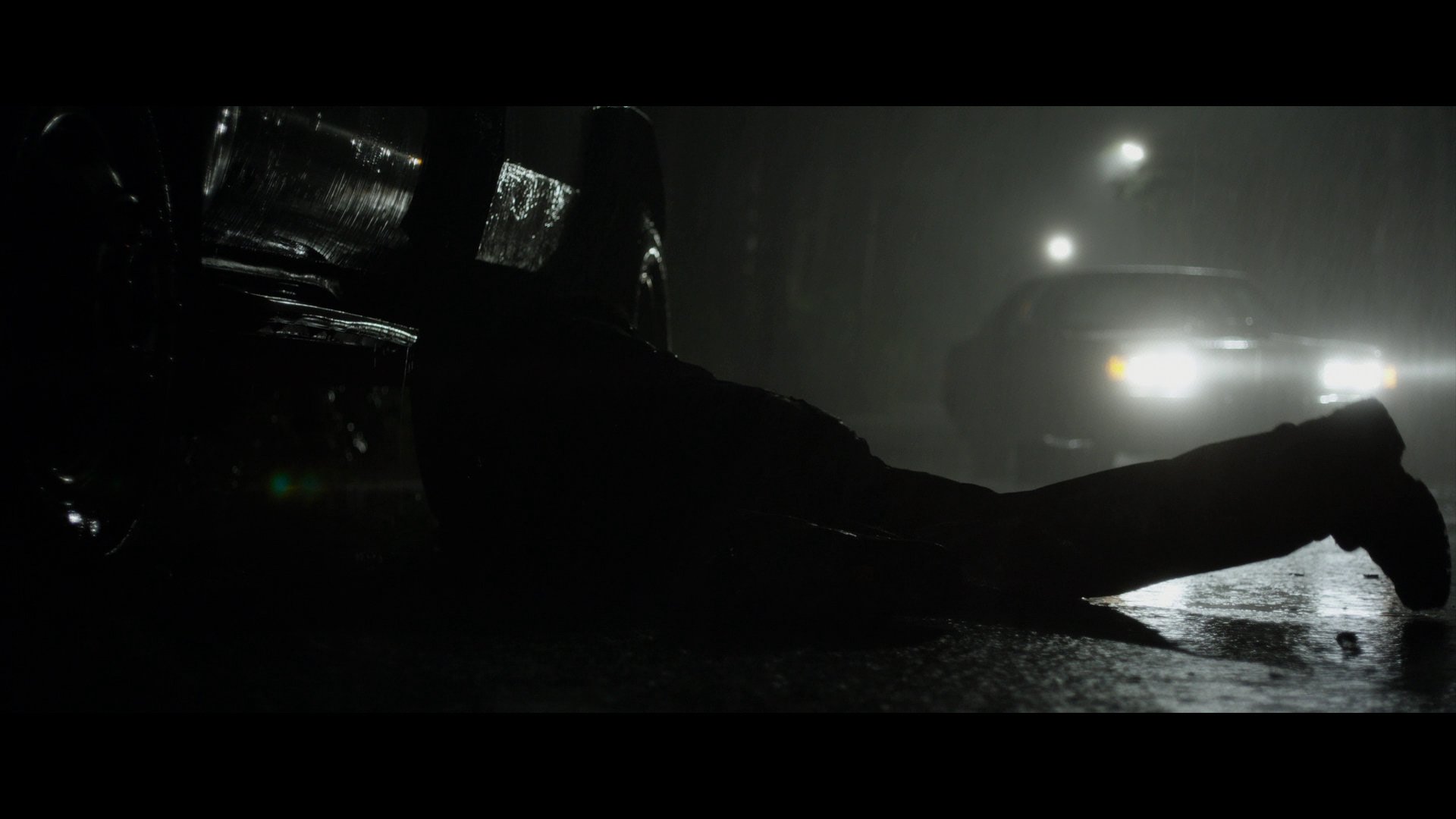 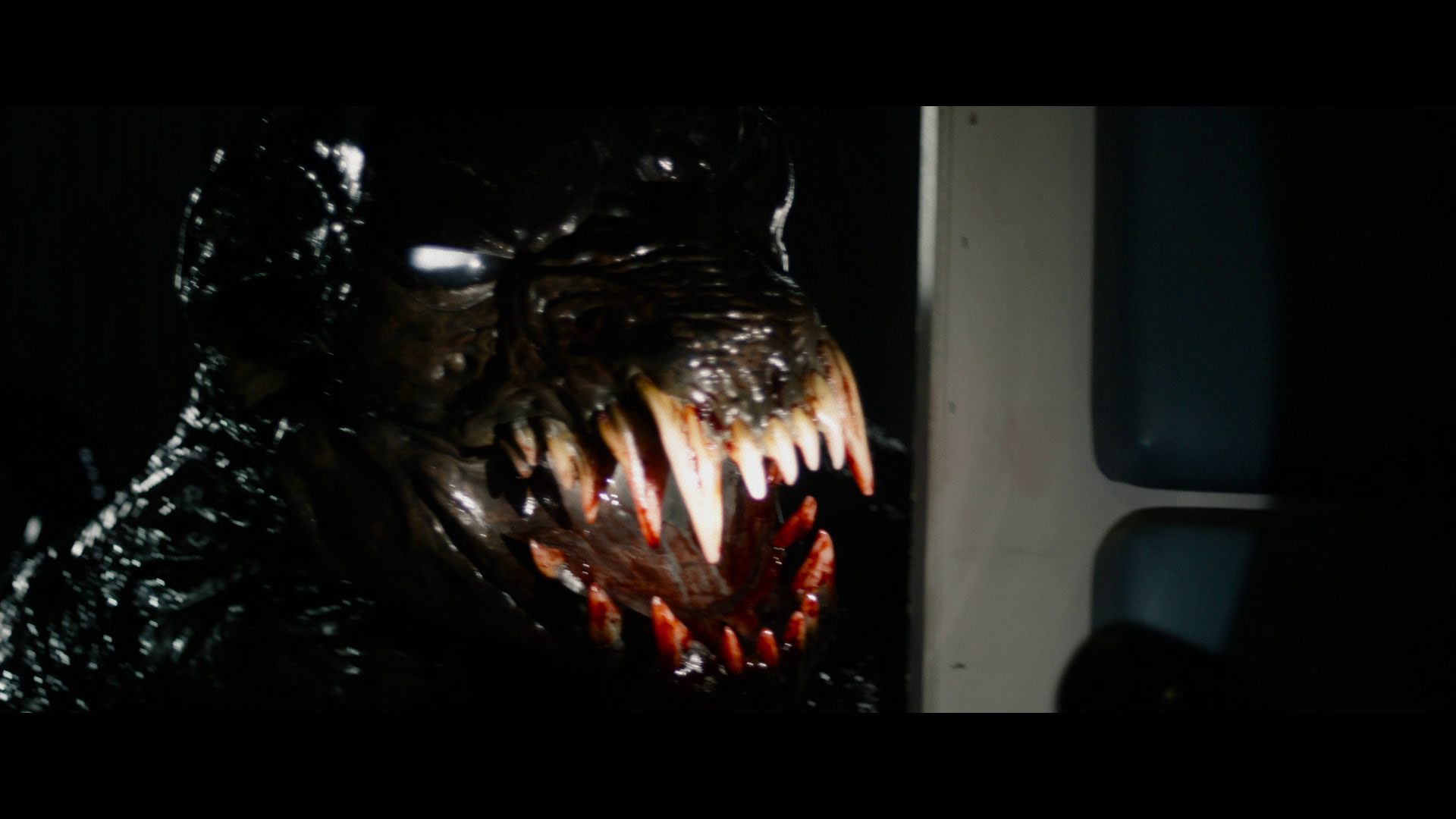 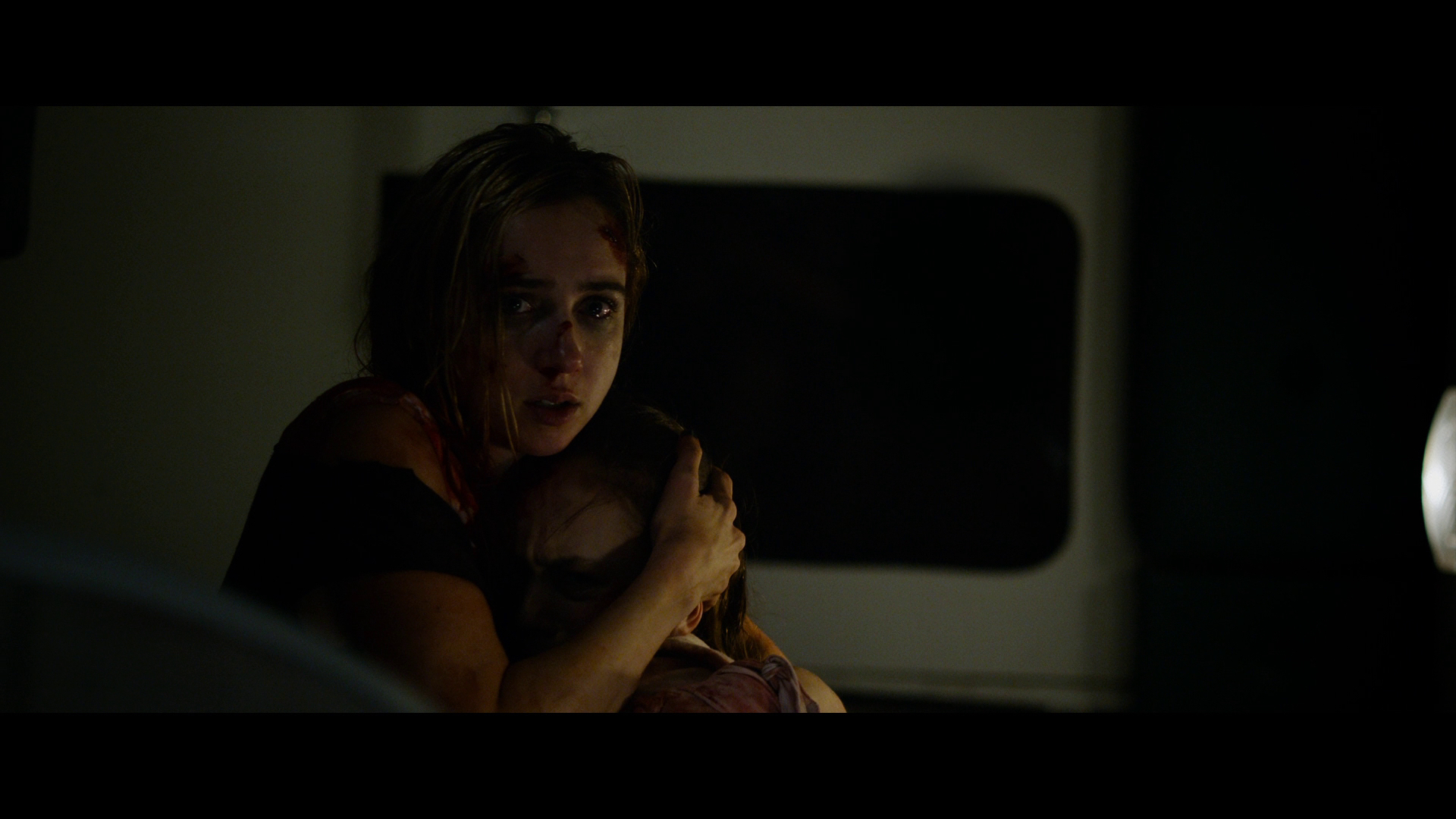 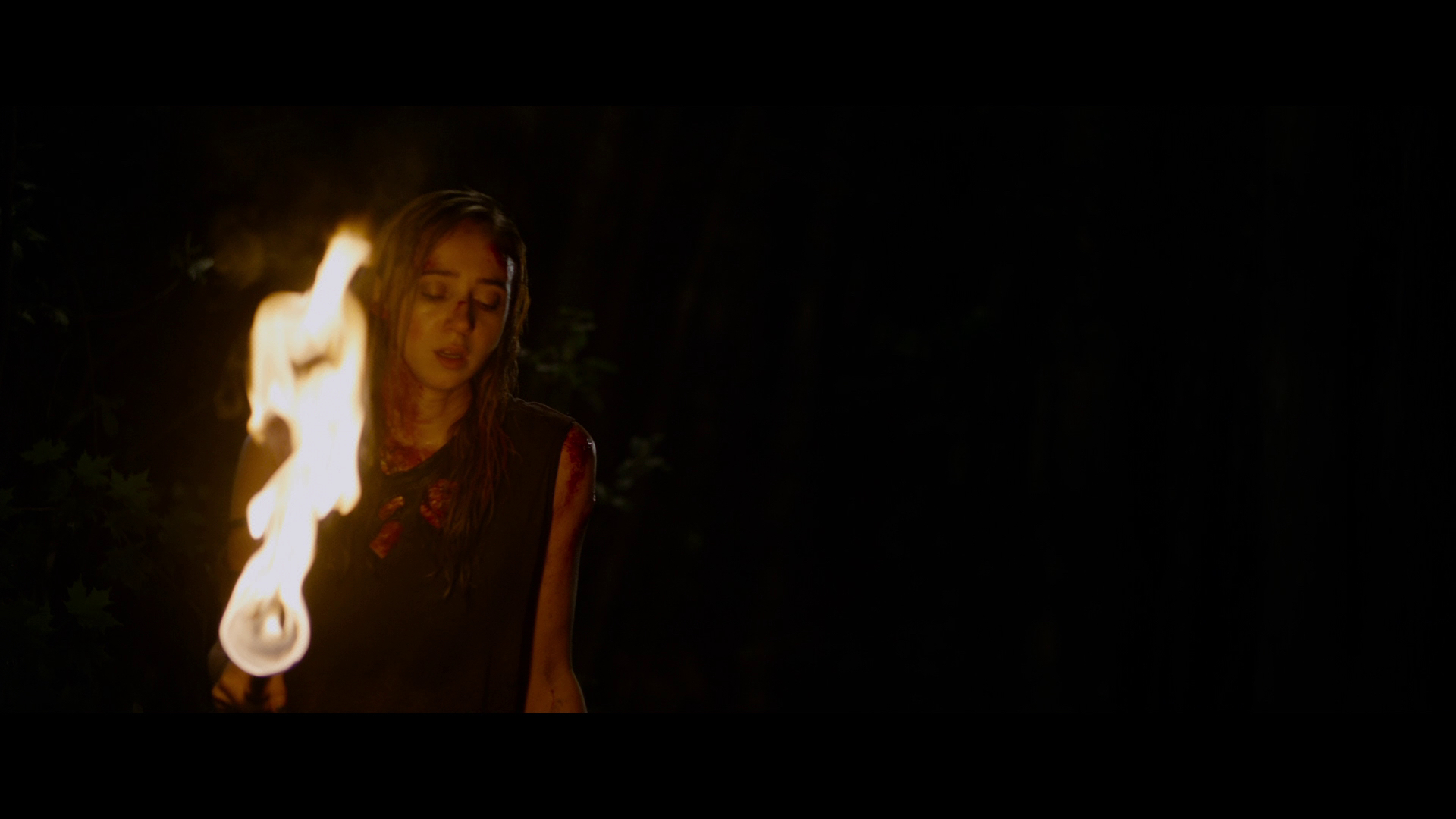