Spectacular and endlessly inventive musical sequences, charming dance choreography, gorgeous 50s Technicolor style cinematography and heartfelt performances, all in the service of one of the hackiest, laziest, page-by-page predictable "idealistic youth fall in love until one of them becomes famous and loses the 'way" melodrama screenplays I can think of. This is as much of a schizophrenic viewing experience as I can get, falling head over heels with the charmingly executed musical sequences only to want to throw stuff at the screen whenever the cardboard characters…

Oops, I just realized I'm reviewing La La Land. I guess I got the wrong Blu-ray for a second. That darn PwC is at it again. Oh well, better late than never. Here's Moonlight: 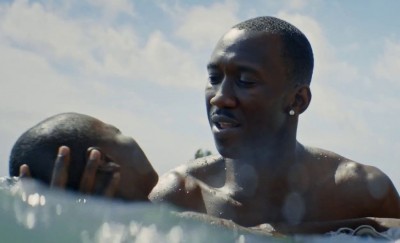 The most touching and beautiful romance in recent years happens to be about an introverted African-American kid trying to come to grips with his identity and his sexuality while struggling to survive the rough streets of Miami. With his "poetry-on-screen" masterwork, writer/director Barry Jenkins sets up every single "ghetto movie" cliché in the book (the well-meaning black kid being enticed by the thug life due to a lack of other opportunities, the crack head mother, the drug dealer mentor with a heart of gold) and knocks them all down with a fresh narrative approach full of stunning depth. None of the easy melodramatic tricks we expect from the story takes place. Instead we are left with a genuine human experience that's haunting, enthralling, ugly, and beautiful all at the same time.

At its core, Moonlight is about the struggle to maintain one's identity in a thankless and judging world, trying to find strength through occasional mentors and supporters while fighting against a majority that doesn't understand, or doesn't care to understand one's inner beauty and turmoil. Moonlight is a Miami-set drama about the three distinct periods in the life of an introverted teenager named Chiron (Played with great insight by three young actors, Alex R. Hibbert, Ashton Sanders, and Trevante Rhodes), who gradually comes to terms with his sexuality as he tries to find some self-worth despite his hostile environment and his drug-addicted mother (Naomie Harris) who actually loves him dearly, but can't stand what she's become as she perpetuates the cycle of self-abuse.

Jenkins' characters and story are deeply entranced into the setting, and takes great inspiration from his personal experiences. That's what makes the Moonlight experience feel so unique. Yet he also manages to turn Chiron's inner conflict into an instantly relatable and universal story that turns it into one of the most purely human experiences in recent years. As emotionally captivating as Moonlight is, Jenkins never goes for easy manipulative moves to get a quick rise out of the audience, and he doesn't deliver a Hollywood-friendly climax that favors quick satisfaction over staying true to his characters.

The final act takes place almost entirely in an empty restaurant between two characters who are dying to express their feelings to each other, but can't do so openly due to masculine mores, leading to intense sexual tension that's communicated entirely through suggestive looks and body language. David Lean and Douglas Sirk would have been proud. In Chiron's world, this is as significant and exciting of a third act as he can hope to get, and Jenkins follows the intensely personal journey of this character without playing a single false note.

The cinematography is as close as we can get to visual poetry, the score is transcendent, and the performances are all top notch. Naomie Harris gives one of the most heart wrenching performances in recent years. Even though I'll never begrudge Viola Davis' win over Harris, since I consider Davis to be the best actress of her generation, I would have loved to see the best performance of the year go home with the statuette. Moving Davis to the rightful Lead Actress category could have solved this problem. One name who deserved his win, Mahershala Ali as Chiron's surprisingly low-key and levelheaded drug-dealer mentor, kickstarts the career of a great actor. 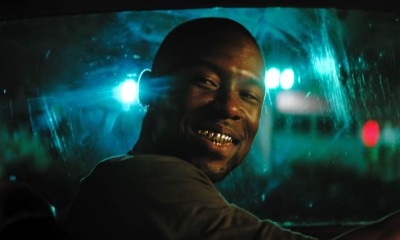 James Laxton's gorgeous cinematography looks as vibrant as it can get through this AVC-encoded 1080p transfer. Moonlight is an experience that fully utilizes the contrasting warm and cool color spectrums of its beautiful beachside locations, and this bright and clean video presentation is as close as you'll get to the theatrical experience.

The dialogue is clear and the ambient-heavy sound mix really puts us into Chiron's world through the DTS-HD 5.1 track. But I'm guessing everyone wants to know how the moving operatic score by Nicholas Britell comes across. The score takes over all of the channels when it kicks in, as a treat for the ears.

Audio Commentary by Barry Jenkins: This is a passionate and exciting commentary where Jenkins does his best cramming as much information about the production and the film's reception as possible. Highly recommended to fans.

Making Moonlight: A fairly typical EPK that goes a little bit above and beyond due to its relatively longer runtime of 20 minutes.

The Music of Moonlight: A brief EPK about how the score came together. As a big fan of the film's music, I'd have loved to see a longer featurette on it.

Filming in Miami: A 5-miute featurette about the film's real life locations.

Moonlight is one of the most deserving Best Picture Oscar winners of recent years. Yet it still doesn't get nearly the amount of attention it deserves. Some audiences might be intimidated by what seems to be a sad and forlorn experience. It is that, in a refreshingly organic fashion. But it also presents a deeply human experience wrapped around a cinematically breathtaking execution. As Roger Ebert once put it, "All bad movies are depressing, no great movie is".