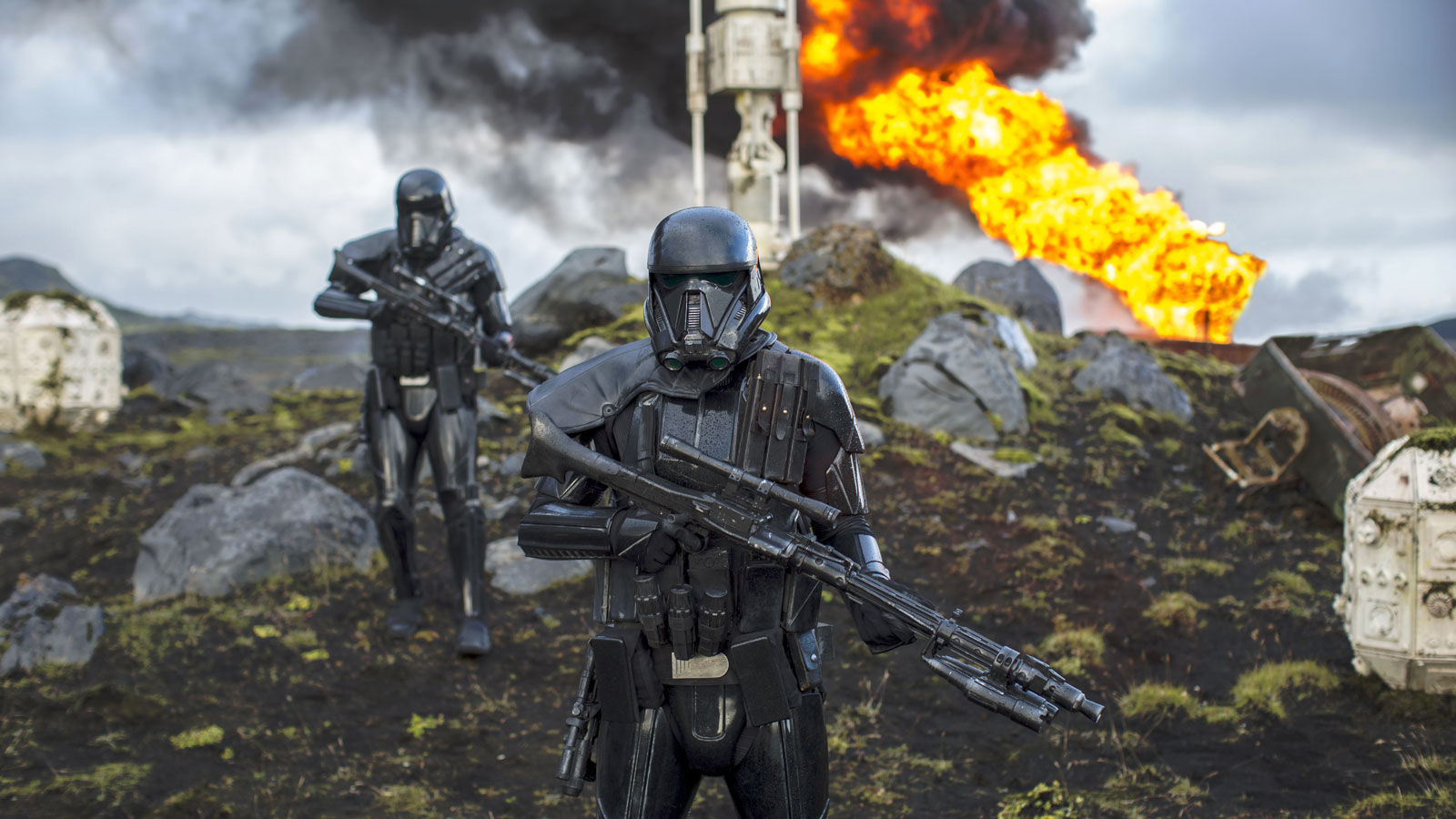 With the creation of The Force Awakens, the Star Wars universe was brought back into our lives with a vengeance. You can't quite call the enormity of the success of that film unexpected, since the franchise has always been a homerun-hitter, even with relative duds like Episodes 1 and 2. But I'm not sure that the intense love of so many, of audiences across the board, could have been predicted, and the success the film had in marketing and merchandise was incredible as well. Trust Hollywood to seize any opportunity to make money, and so multiple more films in the series are in the works, including offshoots like Rogue One. I think this counts as a win-win though, as the studio will make millions, the saga will continue through another generation, and we get to see more Star Wars, which can't be counted as a bad thing. 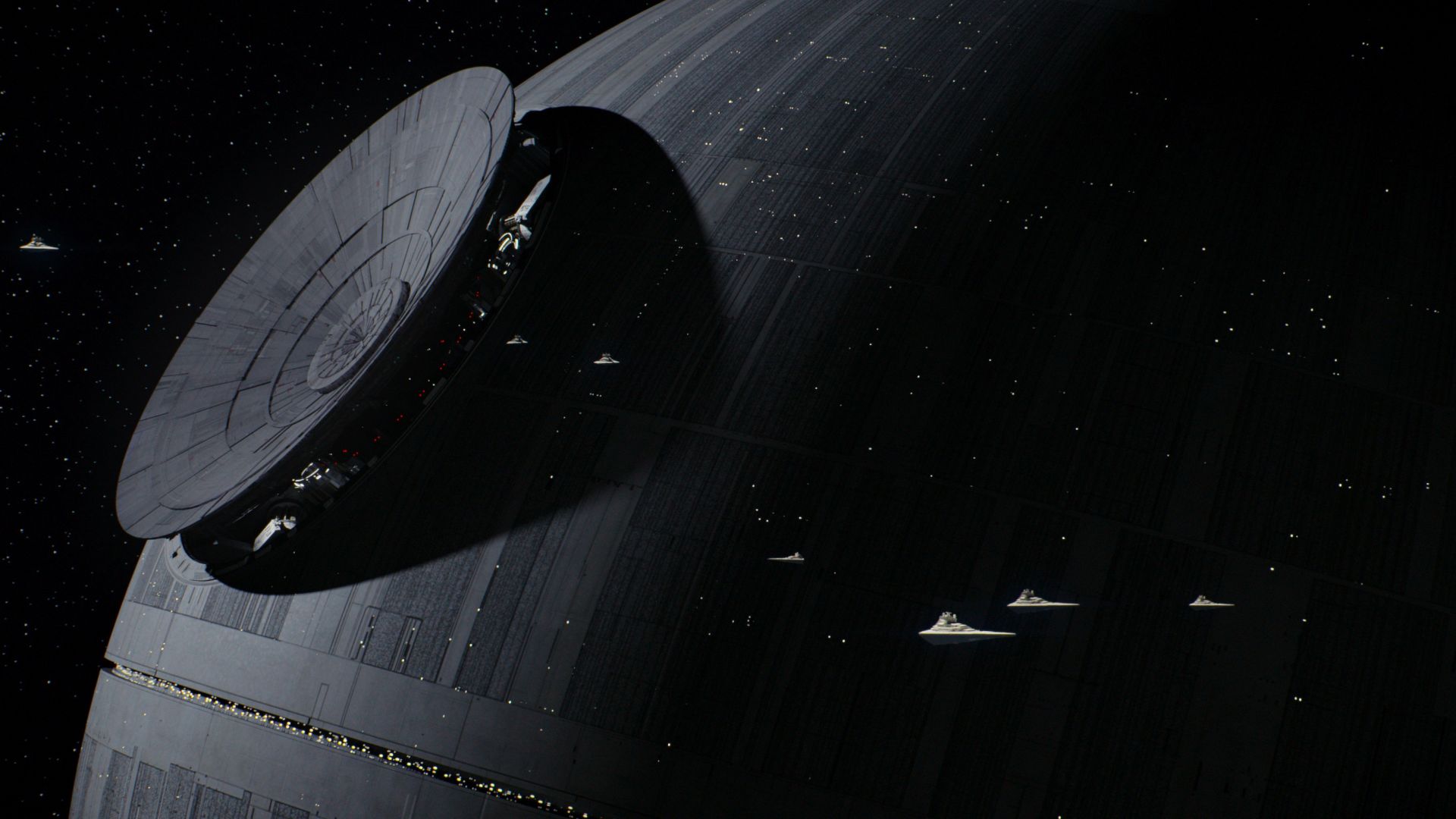 Where The Force Awakens leaped forward in time, Rogue One jumps back, filling in a major blank and allowing audiences to understand the events leading up to the Rebellion's first major victory in its war against the Empire. This is the story of the rebel group that stole the plans to the Death Star, allowing Luke Skywalker to fire his fateful shot. They were led by the valiant Jyn Erso, daughter of Galen Erso, the mind behind the ultimate weapon. But although he was forced to create a killing machine, he built within in a small flaw that would go undetected and could also spell the end of the dreaded Star were it only known. Getting a message through to the daughter he left behind years ago, Galen shared the secret with Jyn, the hero who would lead a team of freedom fighters in a suicide mission to steal the plans from the Empire, transmit them to the Rebellion, expose the secret of the tiny, exploitable flaw, and, in so doing, attempt to save the galaxy.

Her band is made up of a motley crew of unlikely heroes. Jyn herself, the daughter of an Imperial engineer, raised by rebels and taught to trust no one. Cassian Andor, a pilot with the Rebellion who has done unspeakable things in the name of freedom. His robot, K-2SO, who a memory wipe has left unsettlingly sarcastic. Bodhi, a defector from the Empire, the delivery of the message from Galen. Chirrut, a guardian of the Jedi temple, and his guardian, Baze. Along with a pack of Rebels with nothing to lose, this team will have to do the unthinkable against insurmountable odds, with the fate of the galaxy in their very hands. They say that rebellions are built on hope, and hope is all that's left for the few who refuse to bow to the ever-growing evil that threatens to take control of the universe.

One small step back from The Force Awakens but still a solid addition to a story on a grand scale that we will never completely tire of, Rogue One is a piece of the puzzle that we are lucky to be able to see on screen, instead of simply hearing about in passing from Mon Mothma as the rebels prepare their fateful attack in Episode 4. For the first time, we are able to watch the Rebellion in play, the scattered members coming together to defeat an unbeatable foe. We can watch the mission that changed history and those brave few who attempted the impossible. If you're a fan of the franchise, and let's just assume you are, since being otherwise would be madness, then you'll appreciate the bonus coverage, as it were, the extra bit of drama brought to the screen and created to establish even more of a back story to the films we've all loved for decades. And beyond that, and perhaps the best part of the film, we get to experience Darth Vader in his prime, his most feared, even watching the monster in battle and experiencing the reason for the terror of the galaxy.

Establishing Darth Vader's reputation, watching the Rebellion before Luke joins, viewing the exact moments that lead up to the beginning of Episode 4 and Vader's boarding of Leia's ship; these are the highlights of the film. These story elements are fantastic, flesh out the plot of the other films, and act as delicious dinner to any casual fans or lifelong followers. Dessert comes in the form of the cinematography, the reemergence of Walkers, the gory battles, the sounds of TIE fighters, the uniforms of the Rebellion; basically, all the tiny elements of this universe that we love. This delivery of exactly what we want does gloss over a few flaws in the film, but well enough that we don't really end up caring. Felicity Jones is an odd choice for Jyn and never actually changes her facial expressions or tone of voice throughout the film. The sequence of events is a little bumpy and doesn't become smooth until the very end. But whenever there s a negative, there are positives to cover them over; the incredible Alan Tudyk as the wise-cracking robot, the passionate Diego Luna as Cassian Andor, the amazing Ben Mendelsohn as the evil Krennic. Playing more as a war movie than a Star Wars film, Rogue One is still a must-see part of this ever-expanding story arc, something to enjoy on many different levels and to watch more than once.

Video: With an aspect ratio of 2.39:1 (1080p HD Widescreen) and shot using an Arri Alexa 65 camera with Panavision APO Panatar and Hawk65 lenses, the video quality of the Blu-ray disc is all you could want and more. From the opening sequence, the visuals will stun audiences, or perhaps would have had we not been given a taste of what we hungered for in Force Awakens. Still, we won't tire of X-Wing battles and foreign planets, especially not when they are delivered with such high clarity and precision.

Audio: The Blu-ray disc was done in English 7.1 DTS-HD Master Audio, with Dolby Digital language tracks available in English 2.0 Descriptive Audio, Spanish 5.1, and French 5.1, with subtitles available in English SDH, Spanish, and French. The audio quality is top-notch, with stunning sound from the spacecraft, weapons, explosions, etc. The music is excellent as well, with an original score that feels very Star Wars but can exist on its own quite nicely.

Extras: There are quite a few special features on the separate Blu-ray bonus features disc (with subtitle options in English, French, Spanish, or Portuguese), though mainly of the same vein. The Stories is a collection of 10 behind-the-scenes-with-cast-and-crew featurettes that shed more light on the characters and Star Wars universe: A Rogue Idea, Jyn: The Rebel, Cassian: The Spy, K-2SO: The Droid, Baze & Chirrut: Guardians of the Whills, Bodhi & Saw: The Pilot & The Revolutionary, The Empire, Visions Of Hope: The Look Of Rogue One, The Princess & The Governor, Epilogue: The Story Continues. Also, Rogue Connections is a 4-minute segment showcasing easter eggs and similarities between this film and those set in the universe. And lastly, Info, a simple disclaimer. 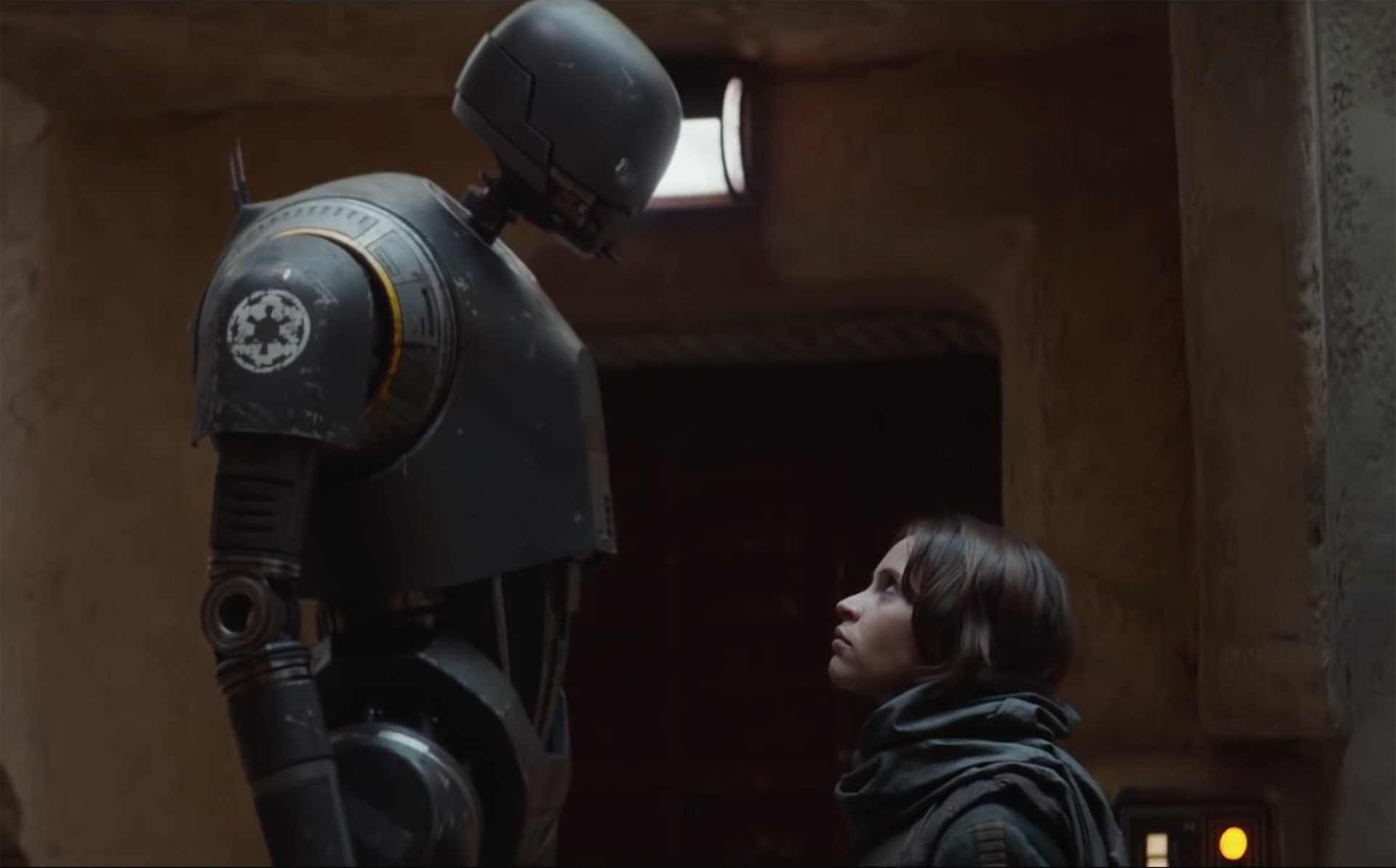 Highly Recommended. This marks the third time I've seen Rogue One, and it holds up. I could pick apart Felicity Jones' acting or Forest Whitaker's character choices, and there's a case to be made that the film is far from perfect. But after multiple views, I come back to the fact that I appreciated much more than I critiqued. This movie does the universe justice and gives curious fans more to the larger story, two greatly appreciated aspects. It may be more war drama and less sci-fi, but those who enjoy both will find a multitude to enjoy here as well. The video is awesome, the music great, and the extras are cool; can't ask for much more from the technical side. I would simply recommend not picking through the dialogue with a fine-toothed comb; it won't stand up and doing so will lessen the entertainment value of what is absolutely a high-quality watch.