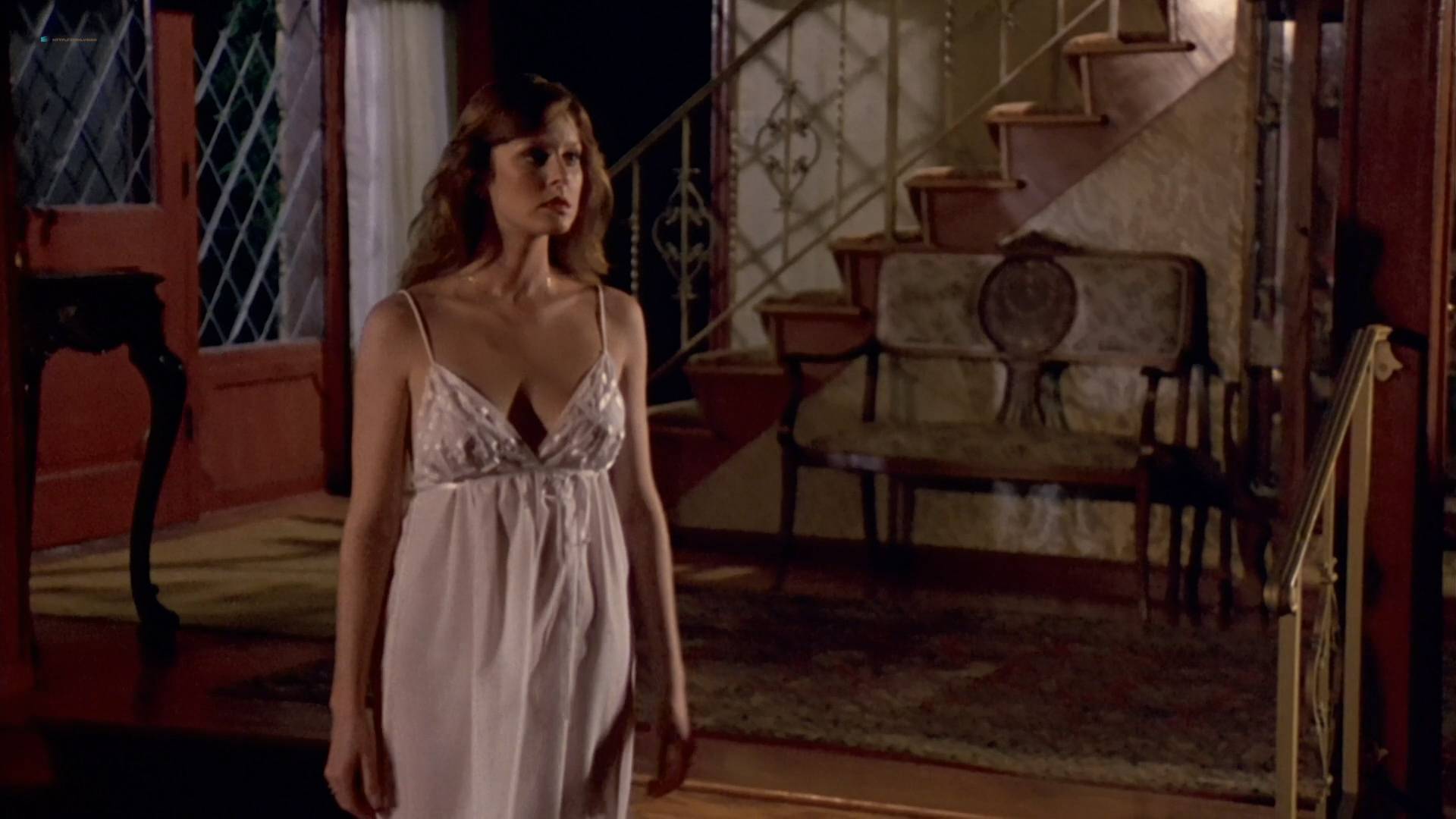 Director Howard Avedis dappled in sexploitation cinema in the 70s, although really, who didn't. He carried the style over into the 80s, adding murder and crime and thrills, but keeping the older women with large breasts. It it's not broke don't fix it I guess; there will always be a market for b-movies with nudity and fake blood because, for some strange reason, we will always love them. Mortuary is just another in a long history of intentionally bad films, but with a few key elements that deserve pointing out. One is that at least two stars are on display here, making it a little more interesting than some of the others in its genre. And another is that someone forgot to add in the humor, which we all know is the secret ingredient to any campy horror flick, something that this movie desperately needed. 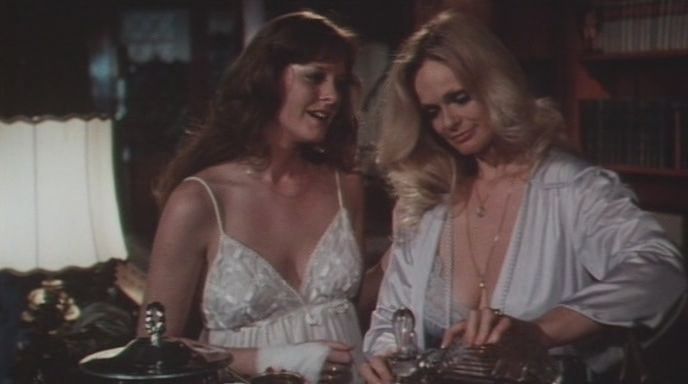 When Christie's father died, her world came crashing down. Her mother and the townspeople claimed it was an accidental drowning, but Christie knew better, and at night she could hear her father calling to her to solve his murder. She didn't know where to start though, and with her mother always trying to convince Christie that she was crazy, the mission to crack the case always seemed hopeless. Her boyfriend, Greg, whom she attended junior college with, was very supportive, but his working class family needed him to drive their flower van, while Christie's mansion remained almost empty, an example of the two very different worlds these young lovers inhabited.

One day, while snooping around a warehouse, Greg and his friend Josh stumbled upon something strange. Josh used to work for the town hotshot Mr. Andrews, the local mortician, but was fired without pay. To reimburse himself, Josh decided to rob the mortuary warehouse, and he needed Greg van's to do it. While there, the pair overhear a seance led by Mr. Andrews and accompanied by a group of lovely women, all marching around and chanting. Coffins scattered throughout the warehouse made things even more creepy, and when Josh disappeared, Greg suspected foul play. What is Mr. Andrews up to, what happened to Christie's father, and will our heroic couple make it out of this mystery alive? 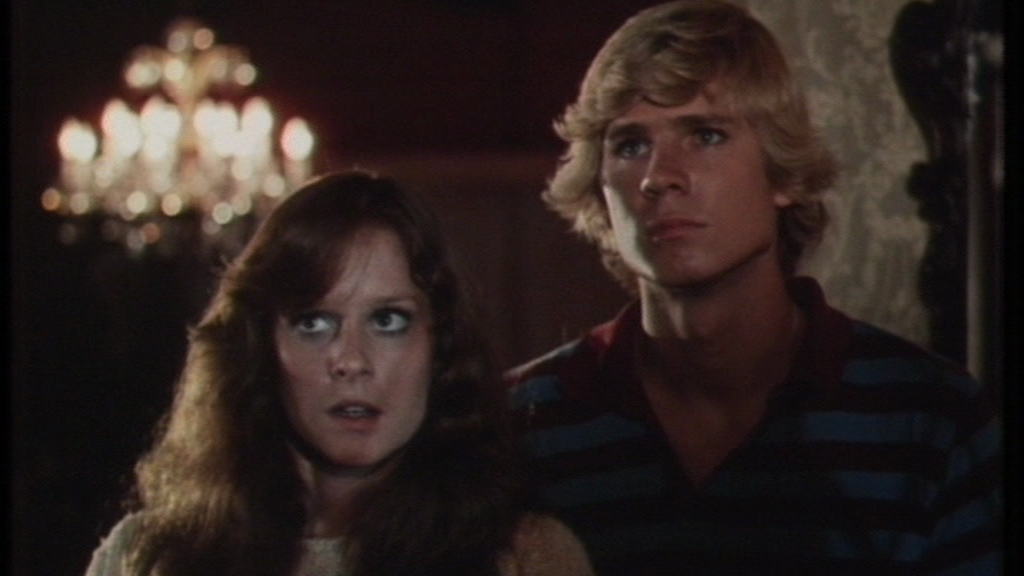 The plot of this film is ridiculous, which shouldn't come as a big shock. 1983 was an amusing time, looking back on it, and I often wish that I had lived it, instead of only then being born. The hair was feathered, the clothes were tight, the cars were rad, the lingo was cool, and the 70s were still clinging onto the timeline for dear life, fighting against being left behind. There's definitely an element of sexploitation still here, but with a hint of an attempt to move in a more serious direction. Problem is, there wasn't enough talent available in this film to complete the transition. The boobs are still here, the gross out murders, the buxom women, the silly killers, but it's all a bit too serious, which isn't to its credit. We could have used a little comedy since no one here was winning an acting or directing award, and the lack of levity made the whole project that much more desperate.

You might recognize Mary Beth McDonough as Erin from The Waltons, a show that is a major leap from Mortuary, which may have been why she chose a role like this. She doesn't bare all, but her body double does, which at the time may have been risque, I'm note sure, I was zero. Either way, she was making a change from wholesome child to serious adult, the result of which was a lot of TV roles but not much else. The other name to appreciate here is Bill Paxton, in one of his earliest film roles. He's actually the best part of the movie, no surprise, making it a must see for those missing the late actor and hoping to discover him in something new. Other than that, this silly slasher isn't worth many people's time and won't find a place in the canon of b-greats. 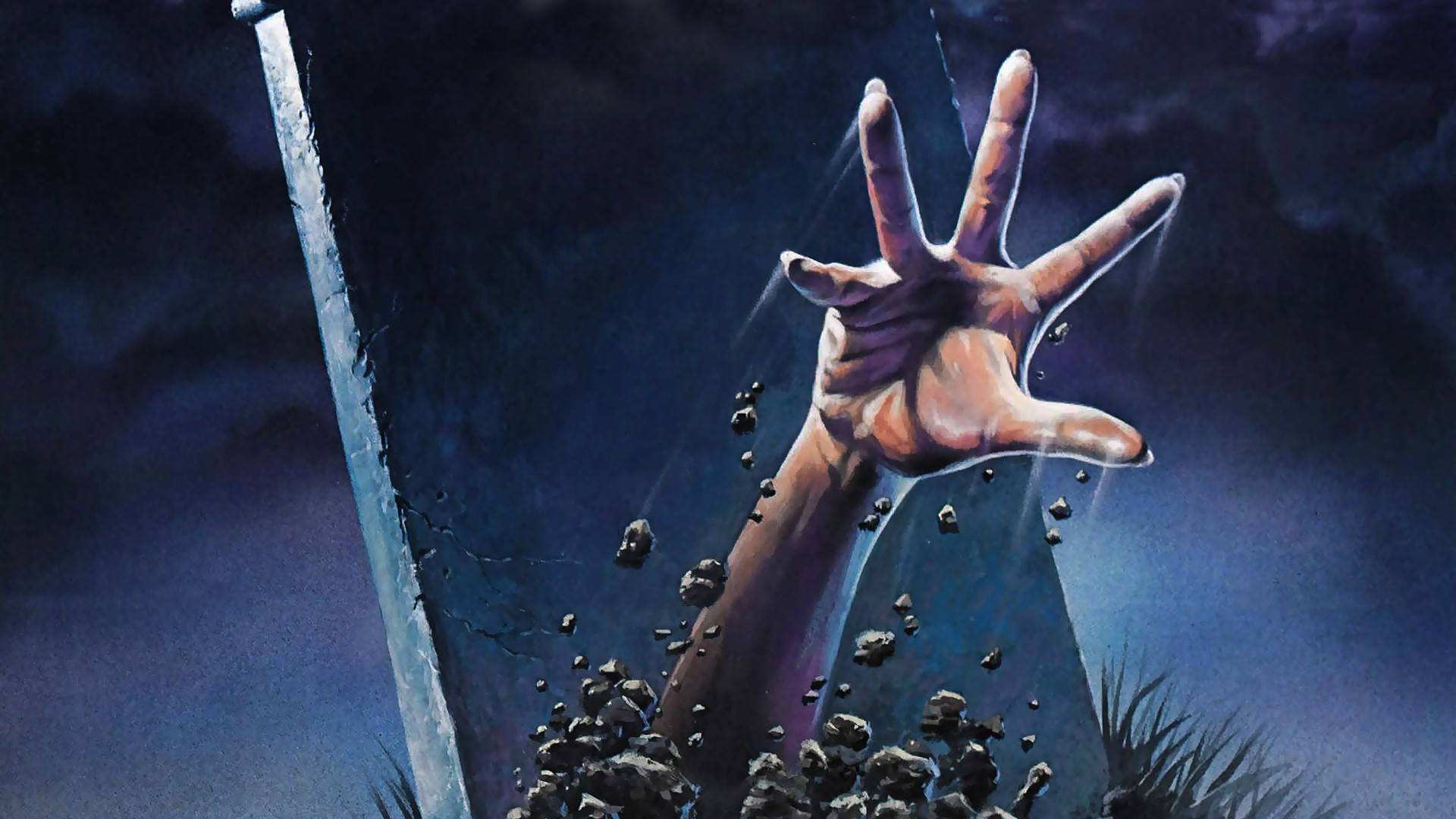 Video: With an aspect ratio of 1.78:1 (Anamorphic Widescreen), the video quality is as bad as you might imagine. It's a low-budget 80s movie after all, no one is expecting the "brand new 16x9 mastering in HD" to be anything great. It's watchable, it isn't distorted and gross, so count your blessings and enjoy.

Audio: The disc is done in English Mono with no other language or sound options. Other than a creepy backing track, there isn't much to mention in the audio department, as it transfers fine as well but doesn't make an impact.

Extras: The film can be watched with a Katarina's Nightmare Theater introduction or simply as a feature film. An interview with the film's composer, John Cacavas, is available. And there are ten trailers: Mortuary, DeathShip, The Return, Don't Answer the Phone, Savage Streets, The Hearse, Terror, Satan's Slave, Double Exposure, The Survivor. 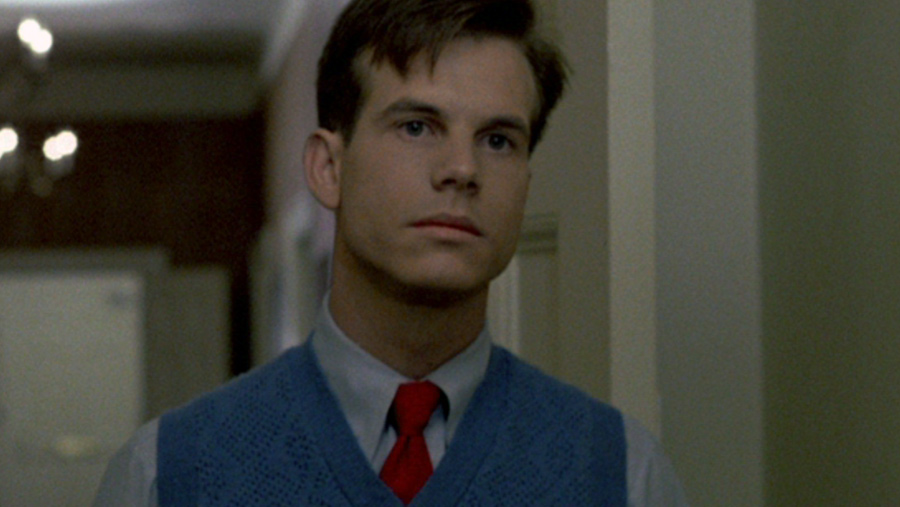 Rent It. Watching Bill Paxton as a troubled youth who works in his father's mortuary was a real treat; not much else about this film was, except perhaps for the flowing locks of the lead characters. What we have here is an attempt to move in a serious direction, but at the same time a desire to give audiences the cheap thrills they expect from the genre. The result is a mess, but a likable one perhaps, though not anything to write home about. The video, audio, and extras won't excite comment, and the film won't be considered a special effects showcase. It is a good representation of the times, there are a couple stars to watch, so it isn't all bad, but rather a movie that I would only recommend to aficionados of the style.