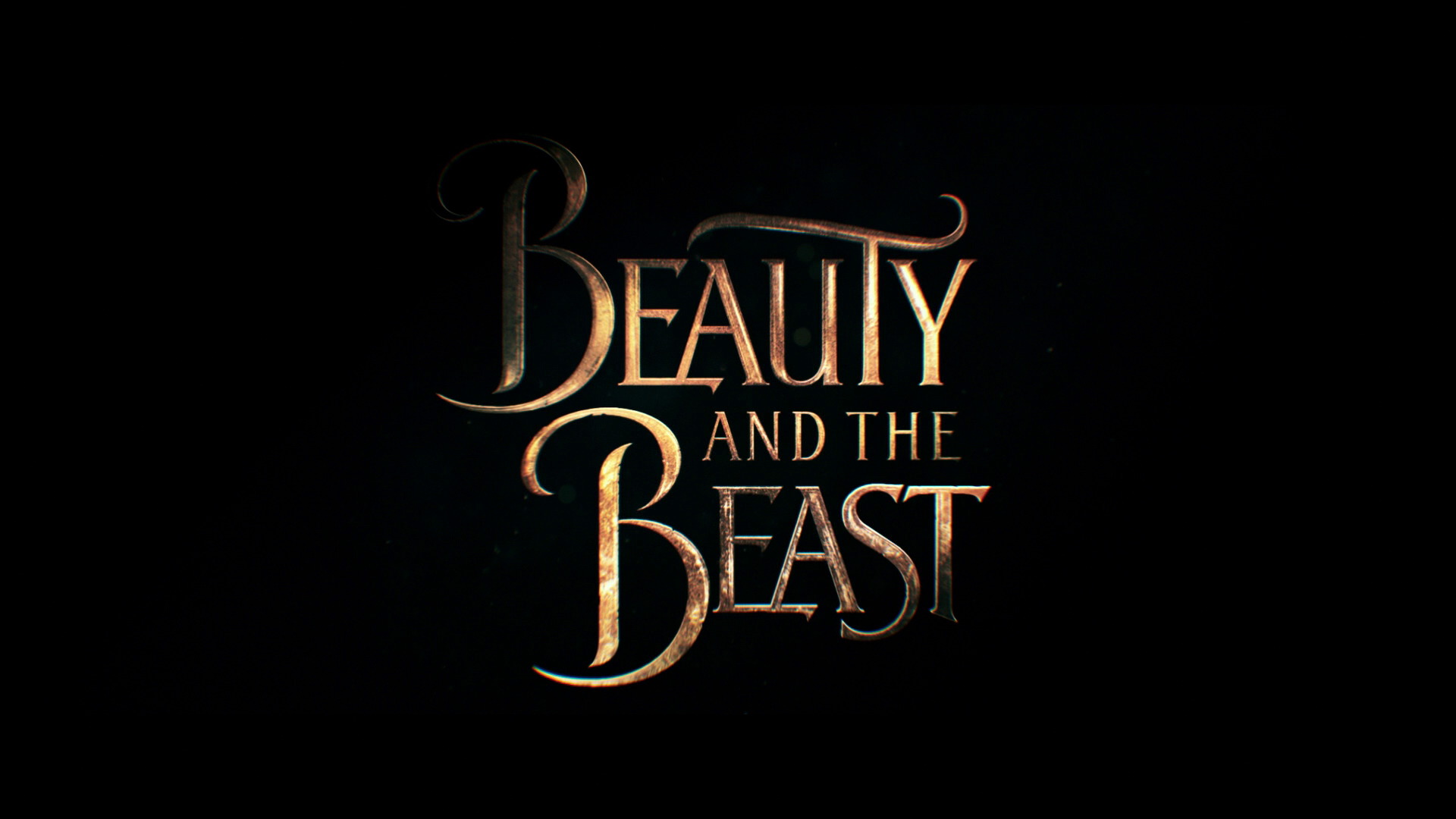 Disney is on a tear, remaking classic animated film after film into live-action properties. What began with Kenneth Branagh's Cinderella continued in Jon Favreau's The Jungle Book and this, Bill Condon's update of Beauty and the Beast. Unlike Cinderella and the tangentially related Maleficent, a spin on Sleeping Beauty, Beauty and the Beast is a fairly straightforward imagining of the Disney favorite. Emma Watson portrays Belle counter to Dan Stevens' Beast, and most of the familiar songs and story arcs find their way into Condon's version. Although the production is lavish and effects impressive, this film version feels stagey and somewhat unnecessary. I have seen the Broadway production of this material, and this film does not live up to that experience. This is certainly not a bad movie, but I found myself yearning to switch over to the animated version instead.

A universal fairy tale known around the world, Beauty and the Beast truly is a tale as old as time. Young, free-spirited Belle longs to leave her agrarian village for the exotic scenes in her books. Her inventor father, Maurice (Kevin Kline), is captured by the Prince-turned-Beast after he gets lost in the woods, but Belle agrees to take his place at the monster's cursed castle. She meets candelabra Lumiere (Ewan McGregor), harpsichord Maestro Cadenza (Stanley Tucci), mantel clock Cogsworth (Ian McKellen), teapot Mrs. Potts (Emma Thompson), wardrobe Madame de Garderobe (Audra McDonald), feather duster Plumette (Gugu Mbatha-Raw), and teacup Chip (Nathan Mack) - all servants transformed by the enchantress' curse - and is repulsed by the Beast's cruelty. As you know, the Prince must learn to love and be loved in return before the last rose petal falls or he will remain cursed forever. 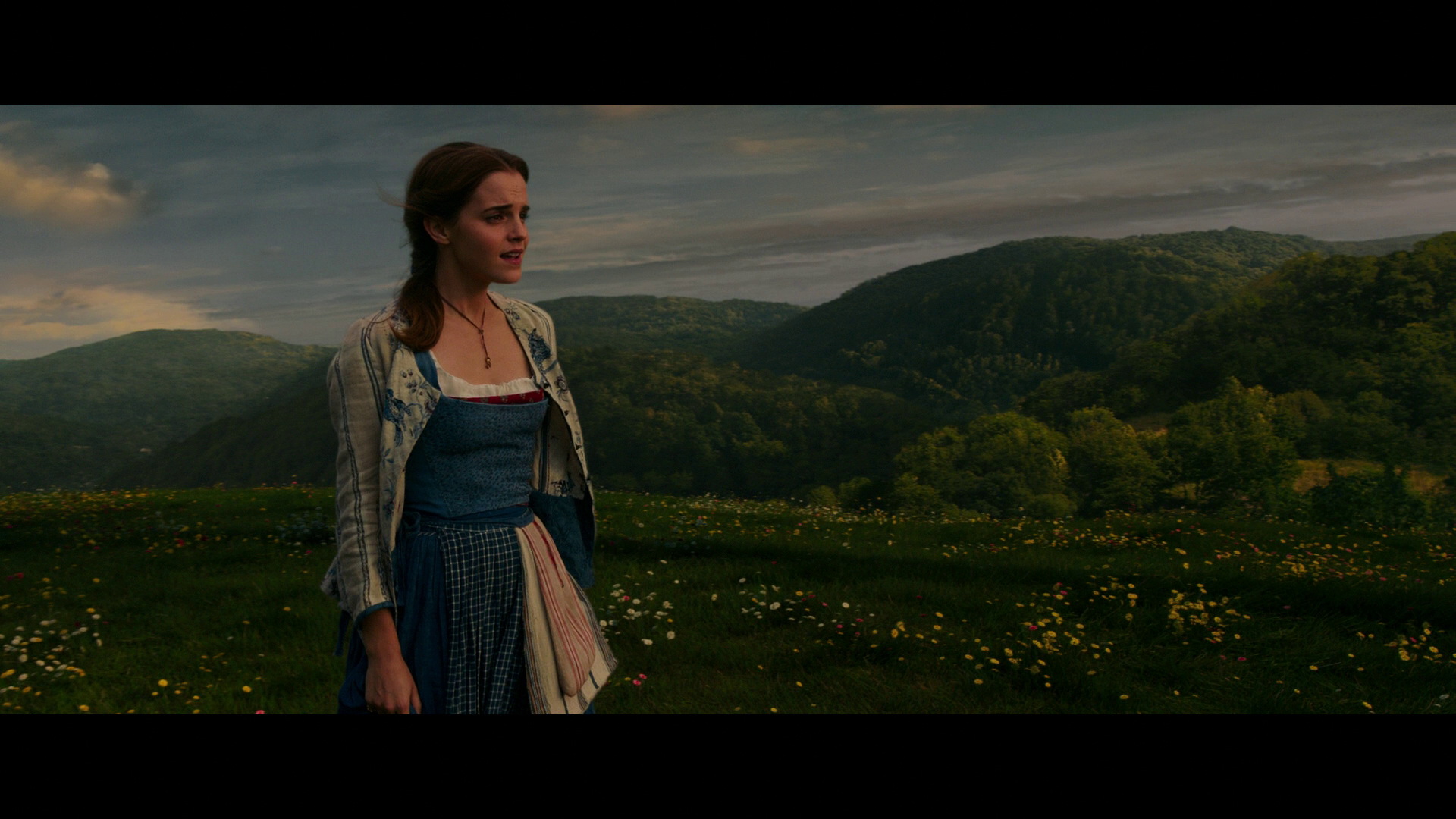 Condon, whose spotty resume is highlighted by musical Dreamgirls, knows how to set the stage but does not always excel at crafting compelling drama. Much of Beauty and the Beast feels like it is going through the motions, particularly the rushed opening and early Belle sing-alongs. There are new songs, written by Alan Menken; plenty of CGI; added backstory for the Prince and Belle; and a newly crafted ending. Those changes are pretty inoffensive, and the bones of the story remain intact. Ignorant suitor Gaston (Luke Evans) is more of a buffoon here, as is his sidekick, LeFou (Josh Gad). Gaston's big musical number in a pub is a highlight, and young viewers will find this CGI-enhanced Beast is significantly more frightening than his animated counterpart.

Favreau's The Jungle Book update was also a fairly straightforward affair, but it had an energy and sense of fun that Beauty and the Beast lacks. That film is a nice complement to its animated ancestor, and parts of the live-action version are superior. This movie is more of an afterthought. A polished, expensive, successful and popular afterthought. It feels like I'm totally dogging Condon's movie, but I am not. It is innocuous, and younger viewers will enjoy it. Watson is pretty and graceful but ultimately forgettable, as are most of the veteran-actor performances. The production design is excellent, and the CGI characters are fun. I just hope Disney does not forget to honor its animated catalogue with live-action updates that bring something to the table other than box-office returns. 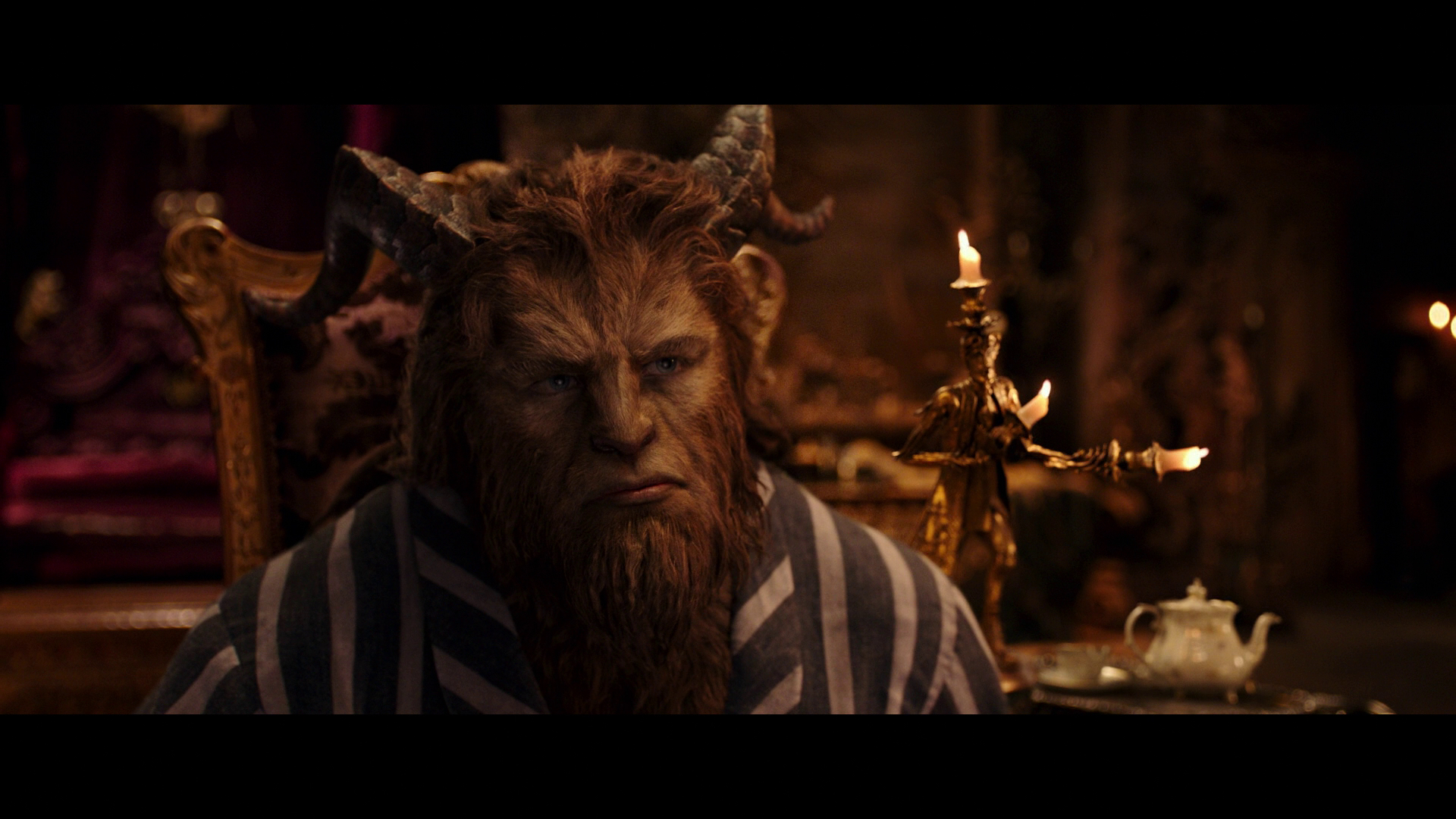 The 2.40:1/1080p/AVC-encoded image is expectedly excellent, and provides a wonderfully detailed, colorful and vibrant presentation. Sharpness and clarity are off the charts. Reference an early scene when the Prince dips a brush into some powdered make-up. Wow! Colors are rich and beautifully saturated. Skin tones appear accurate and contrast is good save a couple of harsh blossoms in bright scenes. Blacks are generally inky - this is at times a very dark film - but I did notice some crush and shimmering in low-light scenes.

The 7.1 DTS-HD Master Audio mix is wonderfully immersive. Atmospheric and action effects make full use of the surrounds, and dialogue is crystal clear. The orchestral score is weighty and vibrant, and the theater-like musical numbers totally surround the viewer. French and Spanish 5.1 Dolby Digital dubs are included, as are English SDH, French and Spanish subs.

This two-disc set includes the Blu-ray, a DVD copy, and a code to redeem a digital copy and Disney Movie Rewards points. The discs are packed in an Elite case that is wrapped in a glossy, embossed slipcover. Extras include the Enchanted Table Read (13:31/HD), in which the cast reads through the script; A Beauty of a Tale (27:08/HD), a making-of with cast and crew interviews; The Women Behind Beauty and the Beast (5:17/HD), about Watson and several women on the crew; From Song to Screen (13:26/HD), about several musical numbers; the Extended "Days in the Sun" Song (4:08/HD); Deleted Scenes (6:23/HD); Making a Moment with Celine Dion (3:24/HD); and the "Beauty and the Beast" Music Video (2:07/HD), from Ariana Grande and John Legend. You also get a Song Selection Menu and a Sing-Along Mode. The film can also be viewed with or without an Overture. 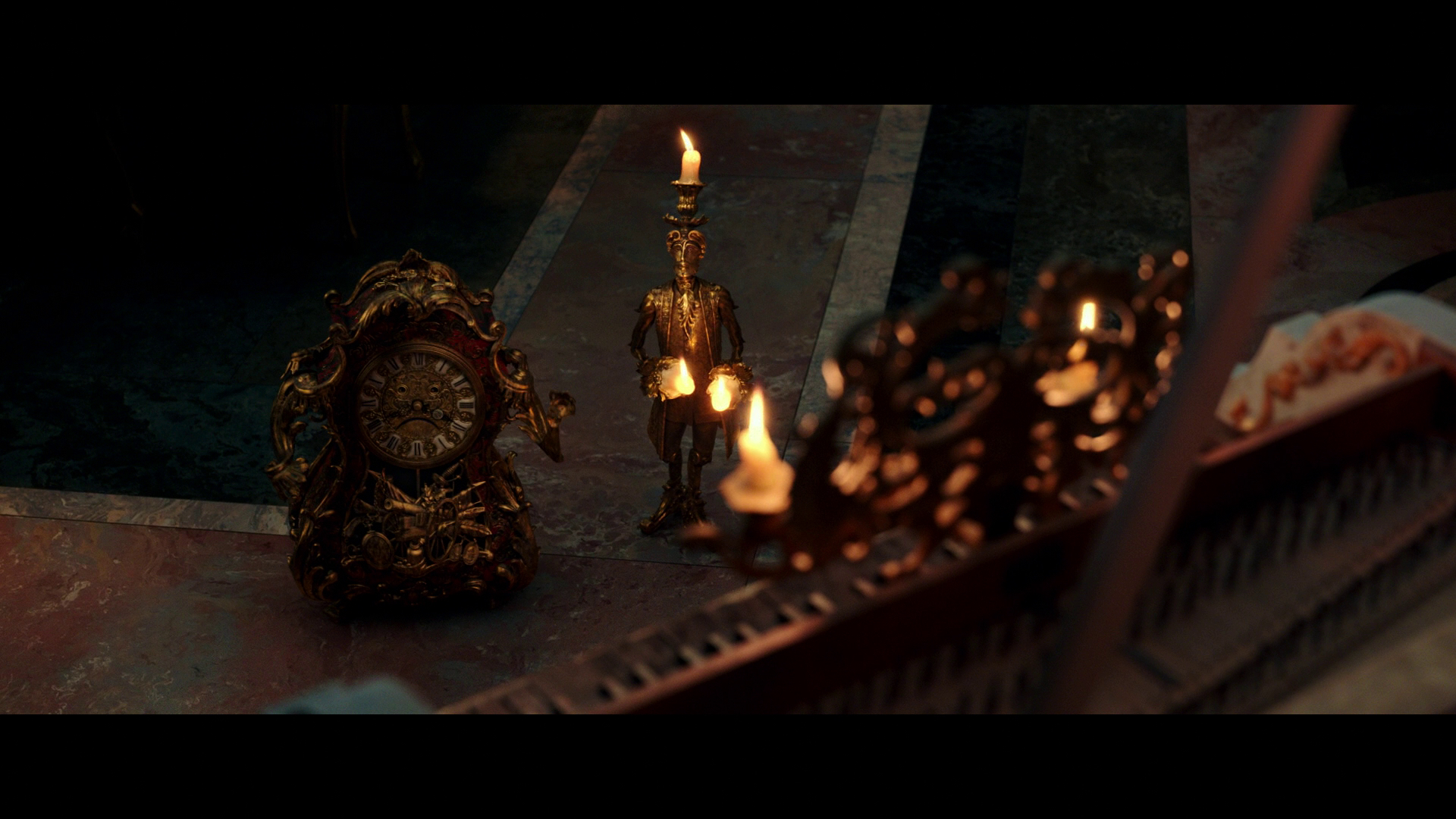 Lavishly produced but disappointingly pedestrian, Bill Condon's live-action Beauty and the Beast is a competent but forgettable retelling of the classic story. The production design and CGI characters are impressive, but something magical is lacking from this version. Rent It. 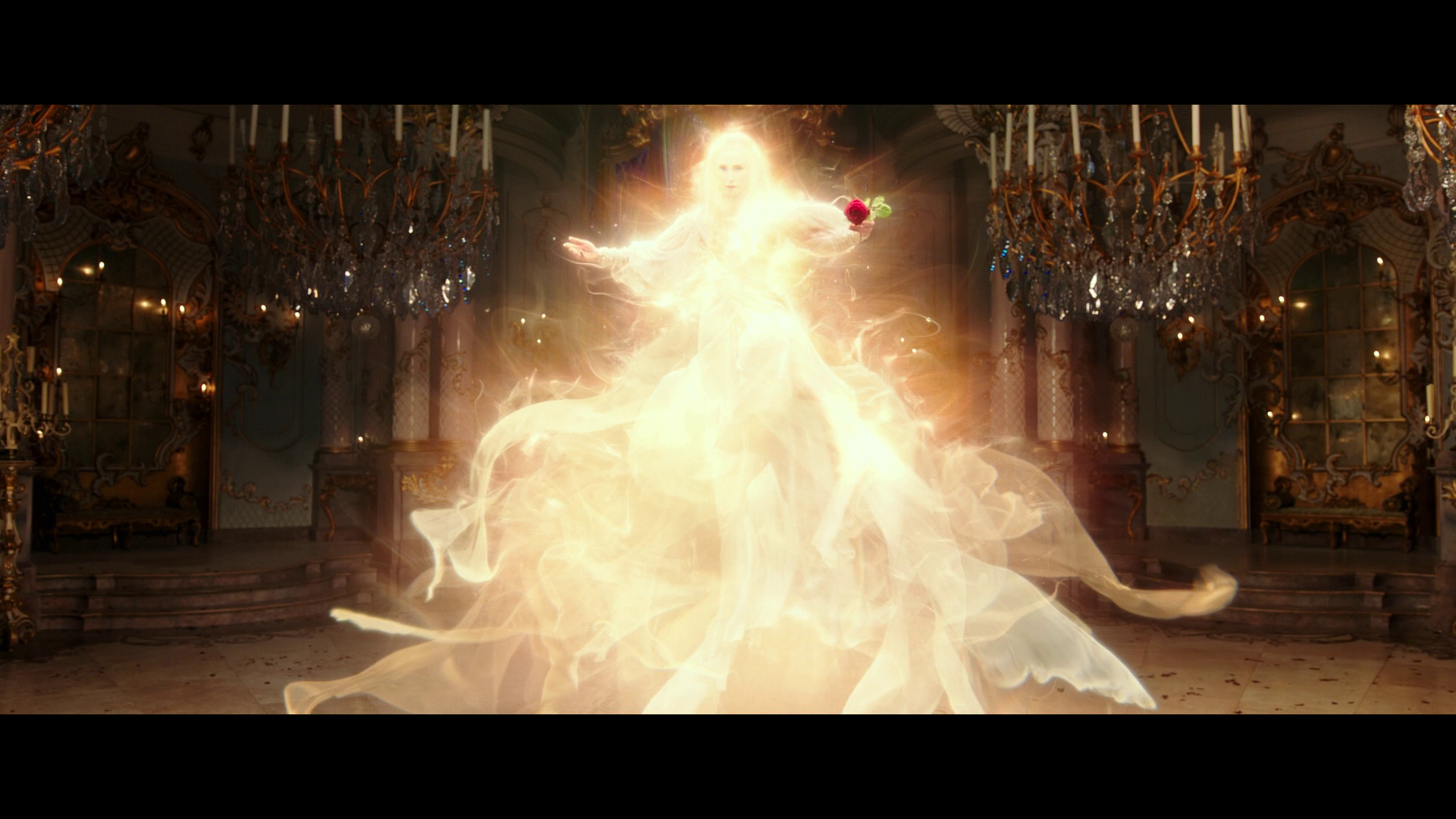 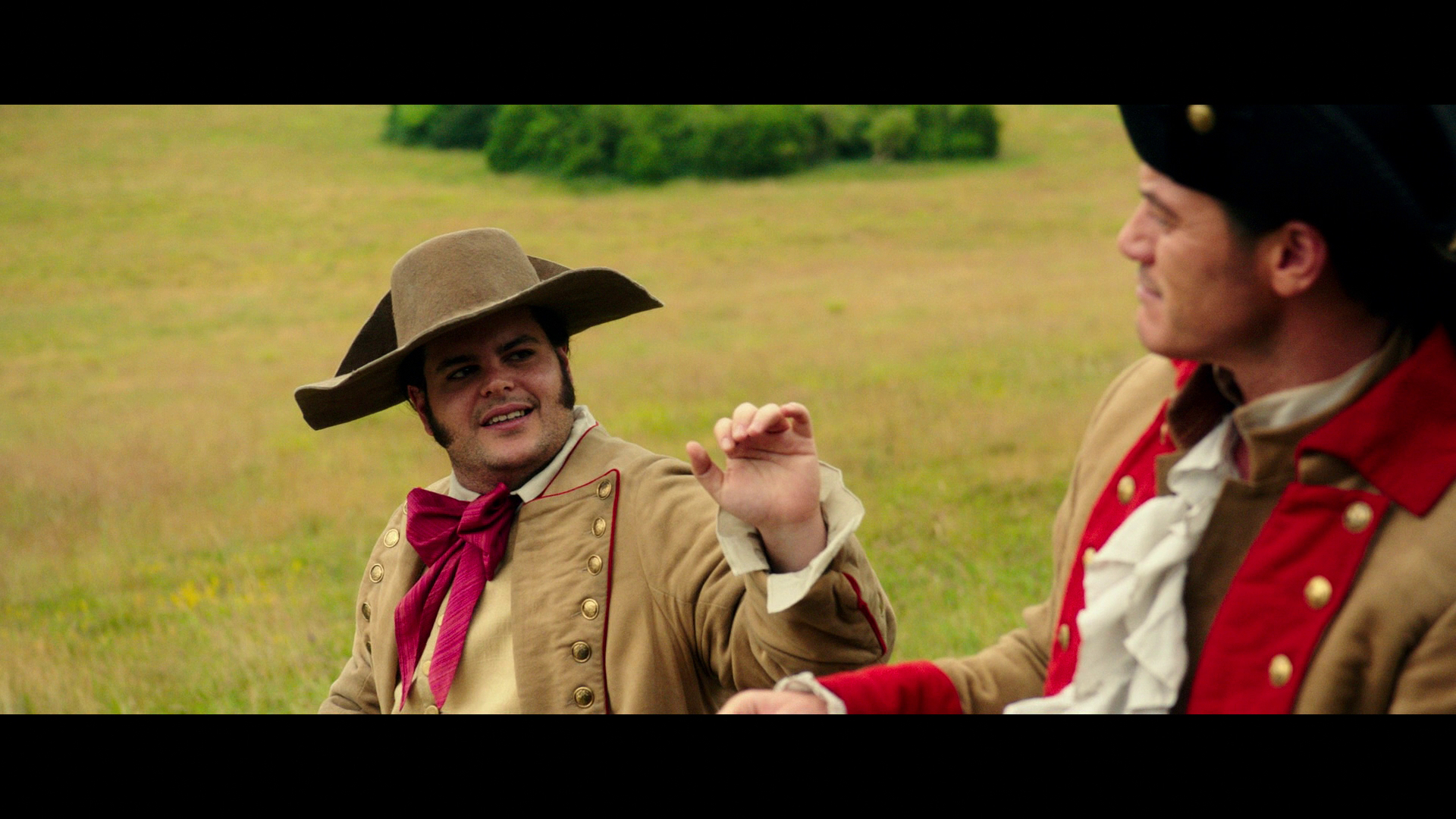 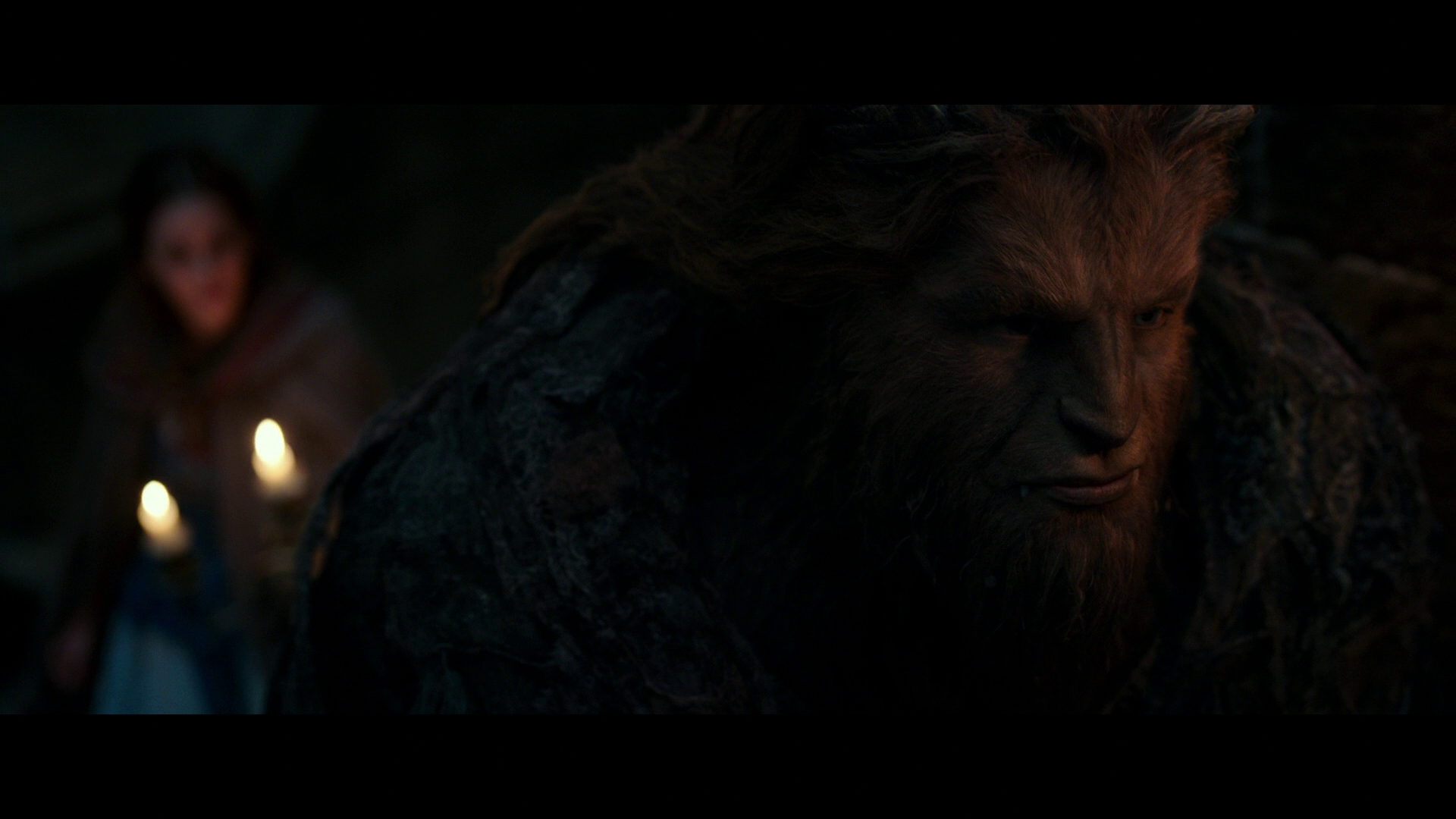 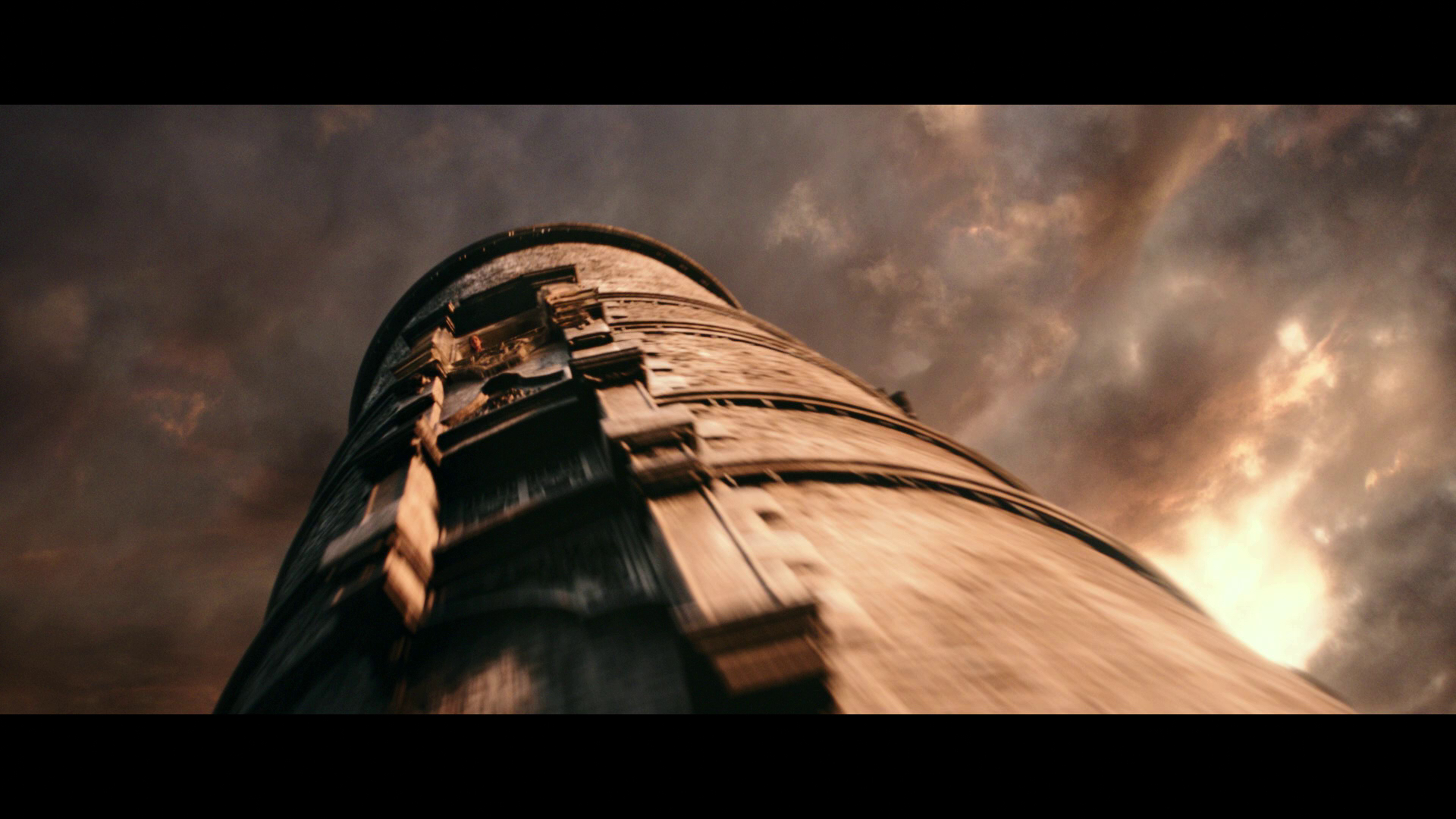 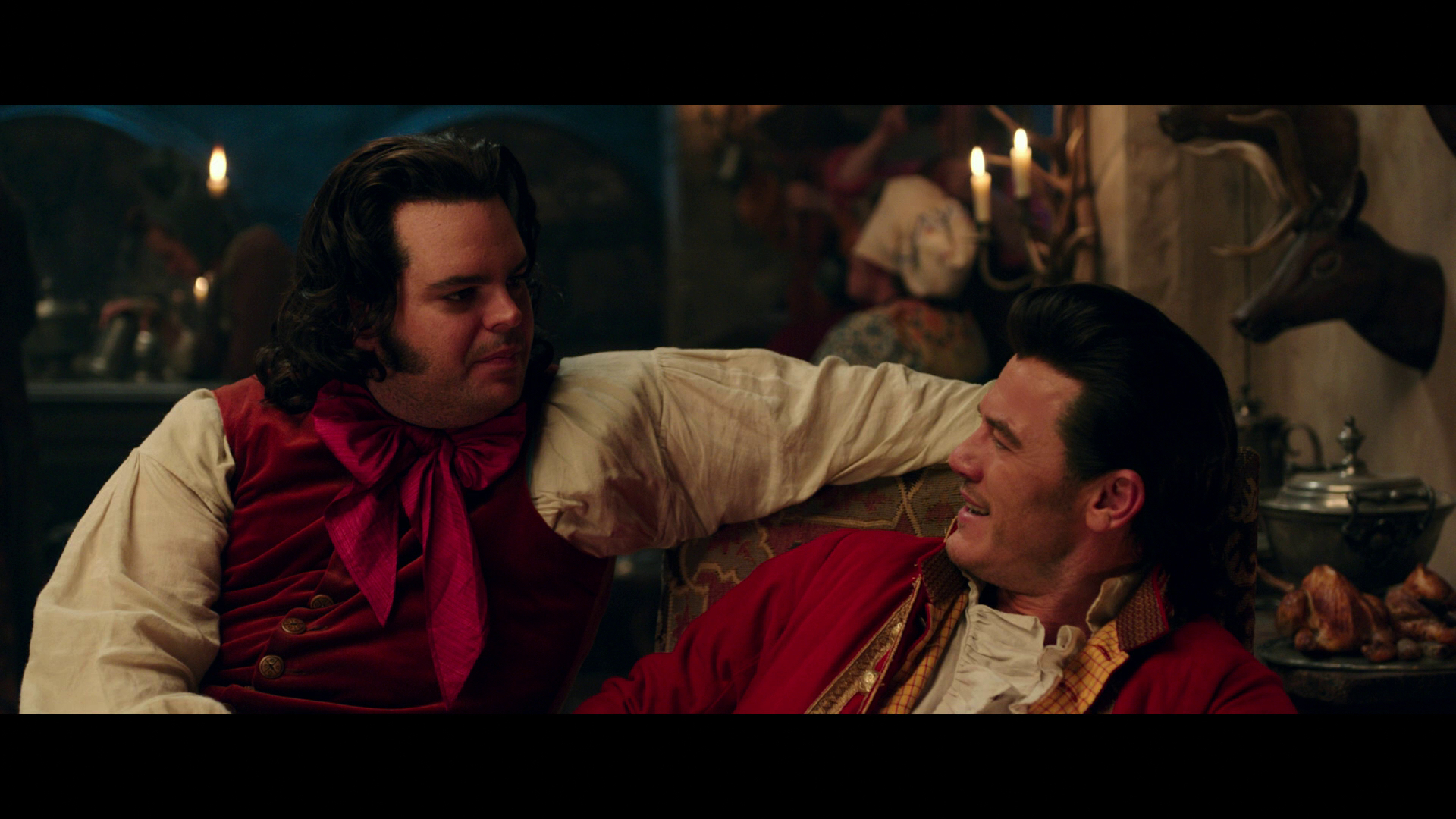 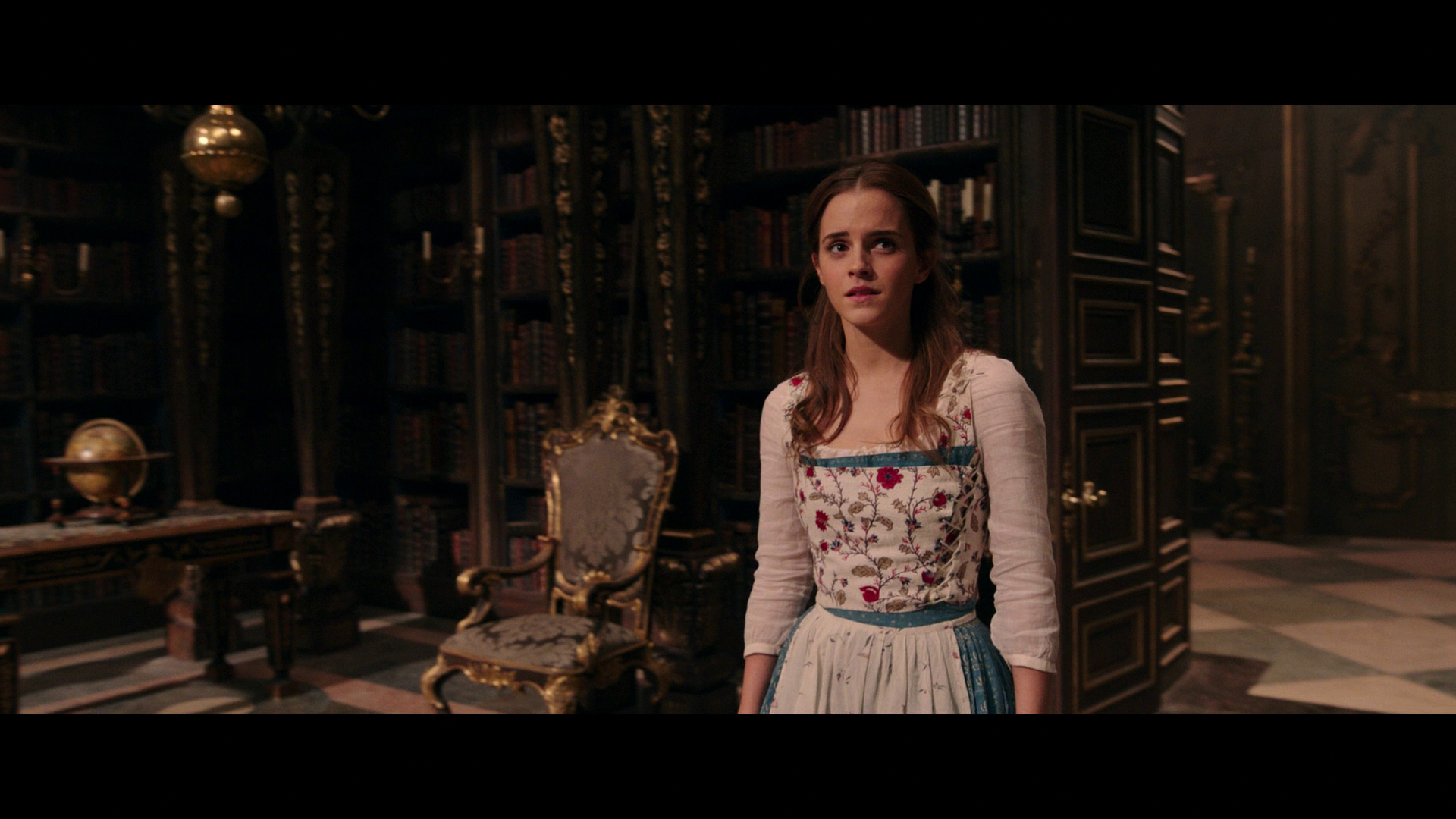 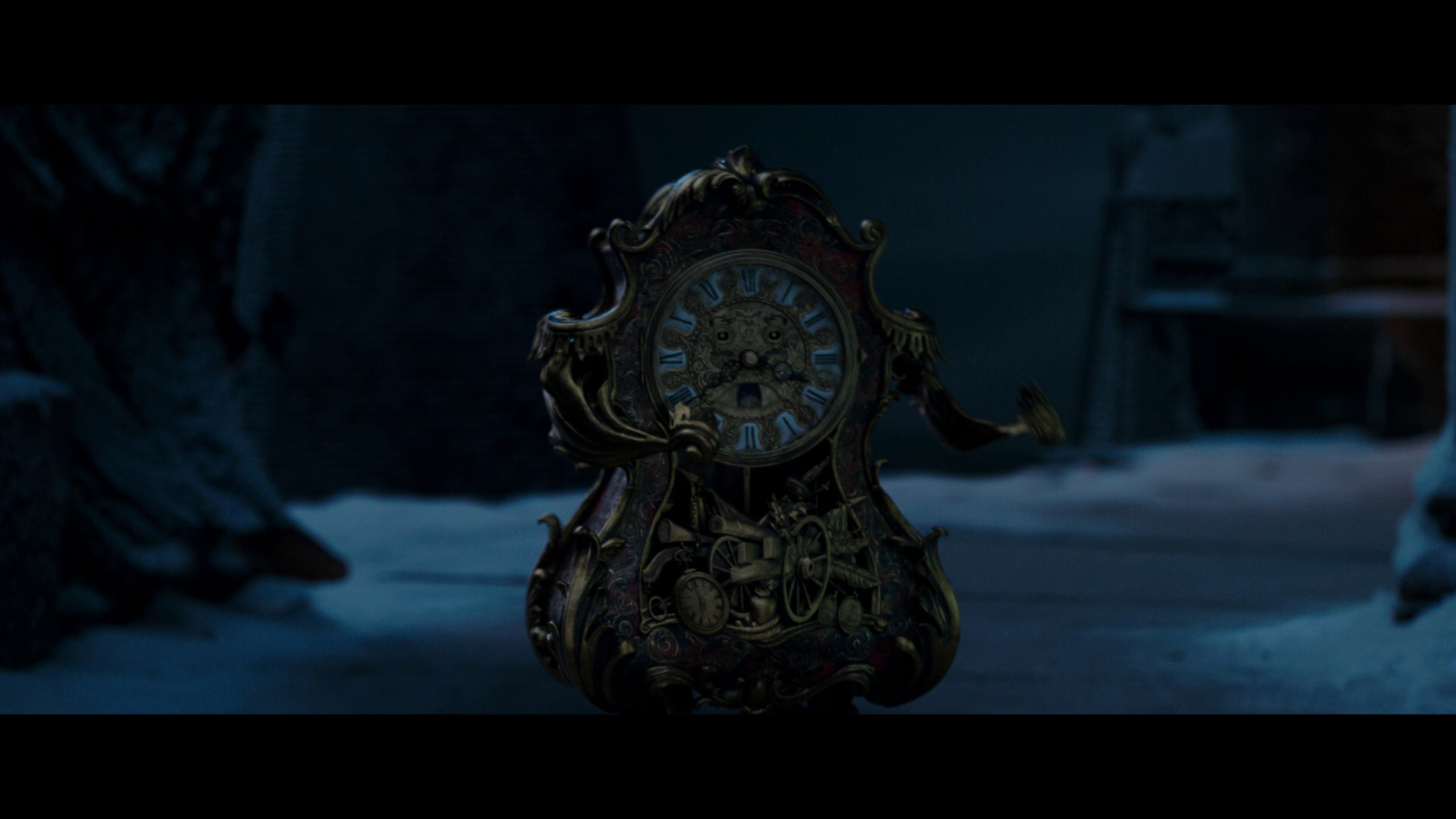 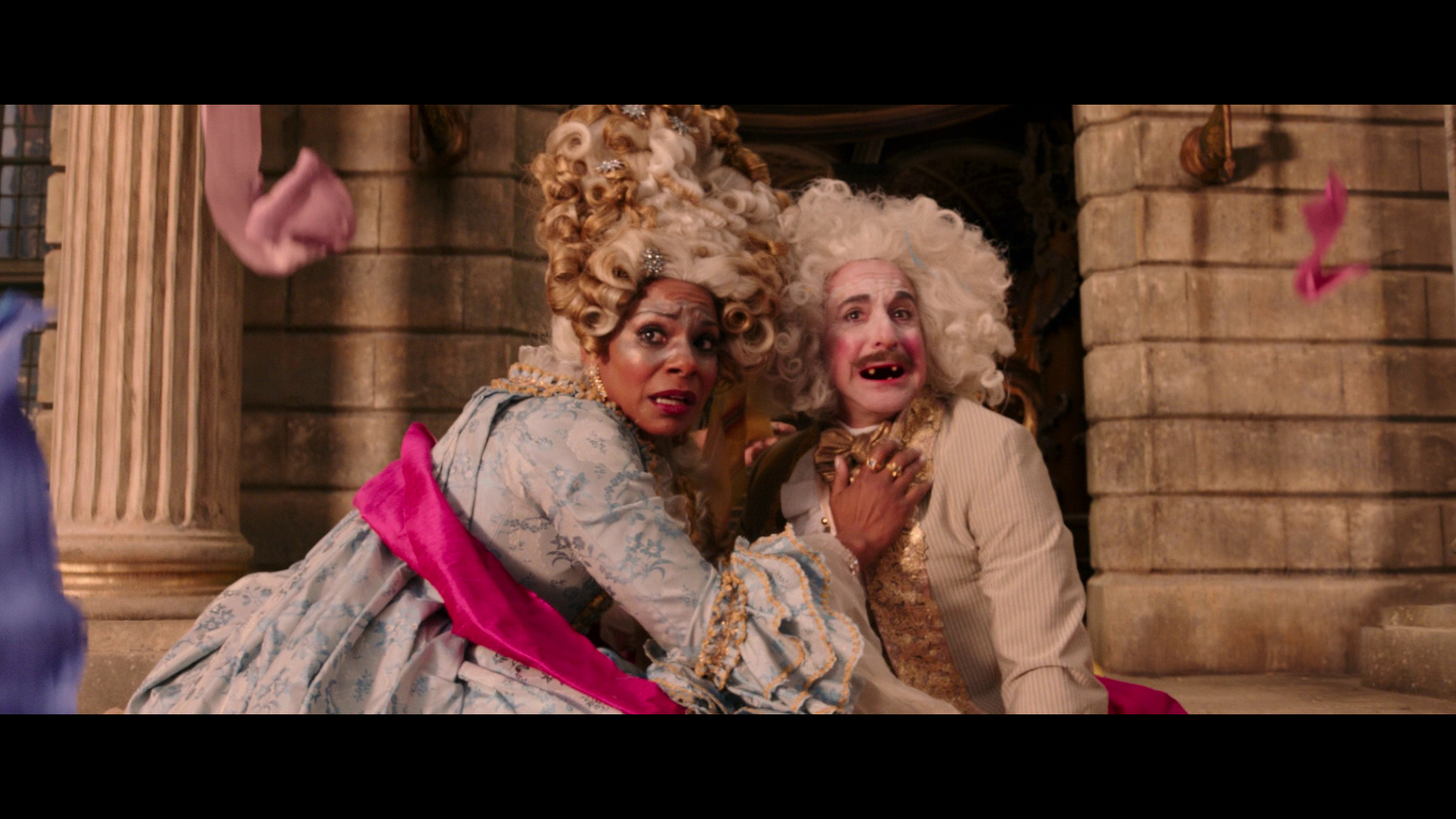