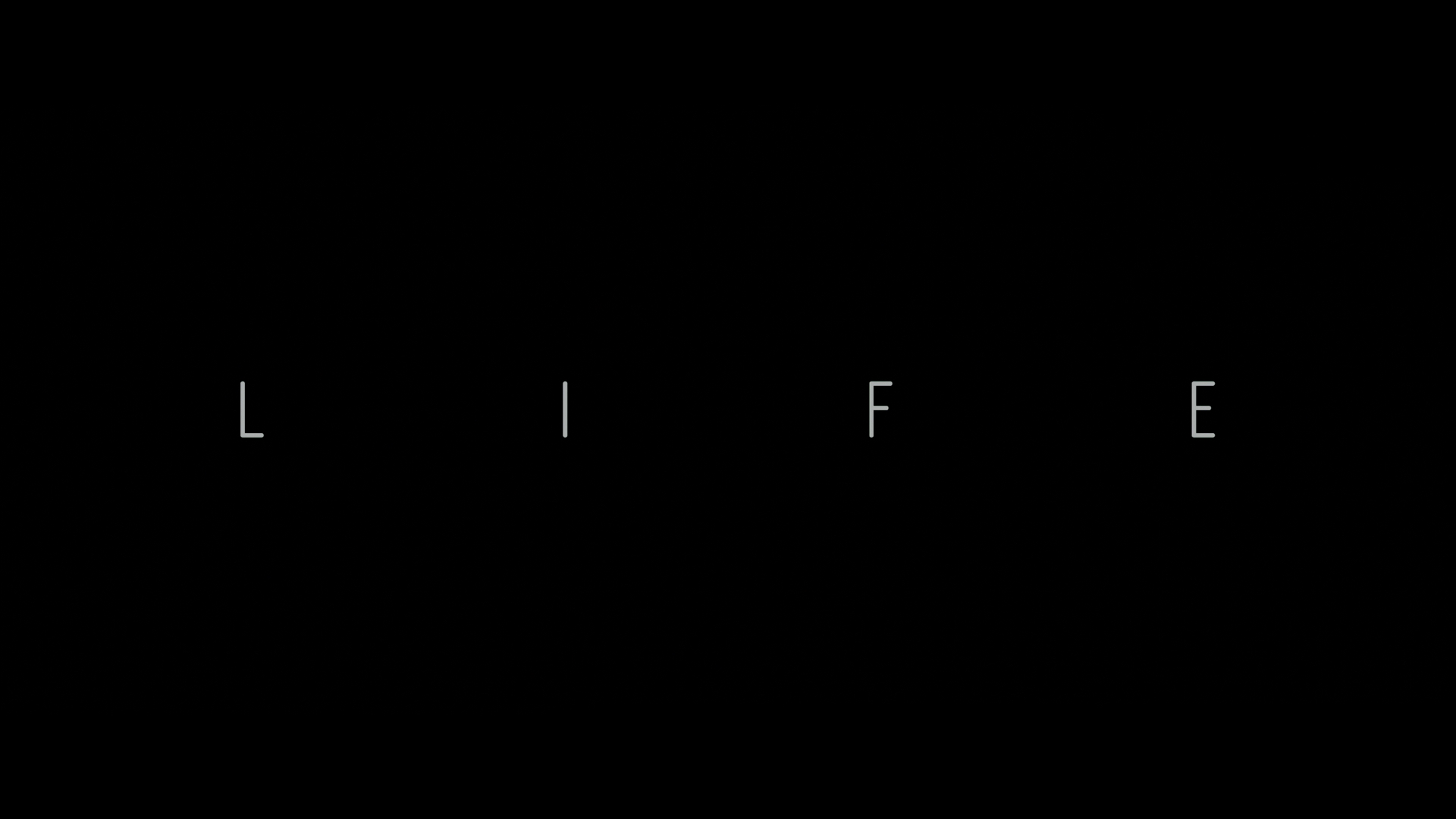 What is left to scare us in space? Daniel Espinosa (Safe House) proposes that an alien organism is the latest deadly threat to noble astronauts. His entertaining but ultimately hollow Life stars Jake Gyllenhaal, Rebecca Ferguson, Ryan Reynolds and Hiroyuki Sanada as an International Space Station crew tasked with analyzing soil samples newly returned from Mars. One of the samples contains a cell that, once revived, evolves into a multi-celled organism that is named "Calvin." Unfortunately for the crew, Calvin turns into a real son-of-a-bitch and goes on the offensive, to deadly results. The effects are slick and the film's 104 minutes fly by, but this is nothing we have not seen before.

If nothing else, the little girl who wins the contest to name Calvin (after her elementary school) is going to feel like a real asshat after the destruction it causes. Dr. Hugh Derry (Ariyon Bakare) revives the organism, which rapidly expands and evolves. Derry is attacked first, then systems engineer Rory Adams (Reynolds). Senior medical officer Dr. David Jordan (Gyllenhaal) has been in space too long, but tells quarantine officer Dr. Miranda North (Ferguson) that he is more at home on the ISS than Earth. They spring into action once Calvin escapes his lab confines, and begin working to destroy the deadly, angry organism. Simultaneously, they must deal with the ISS falling into a degrading orbit after using its thrusters in an attempt to blast Calvin into deep space. 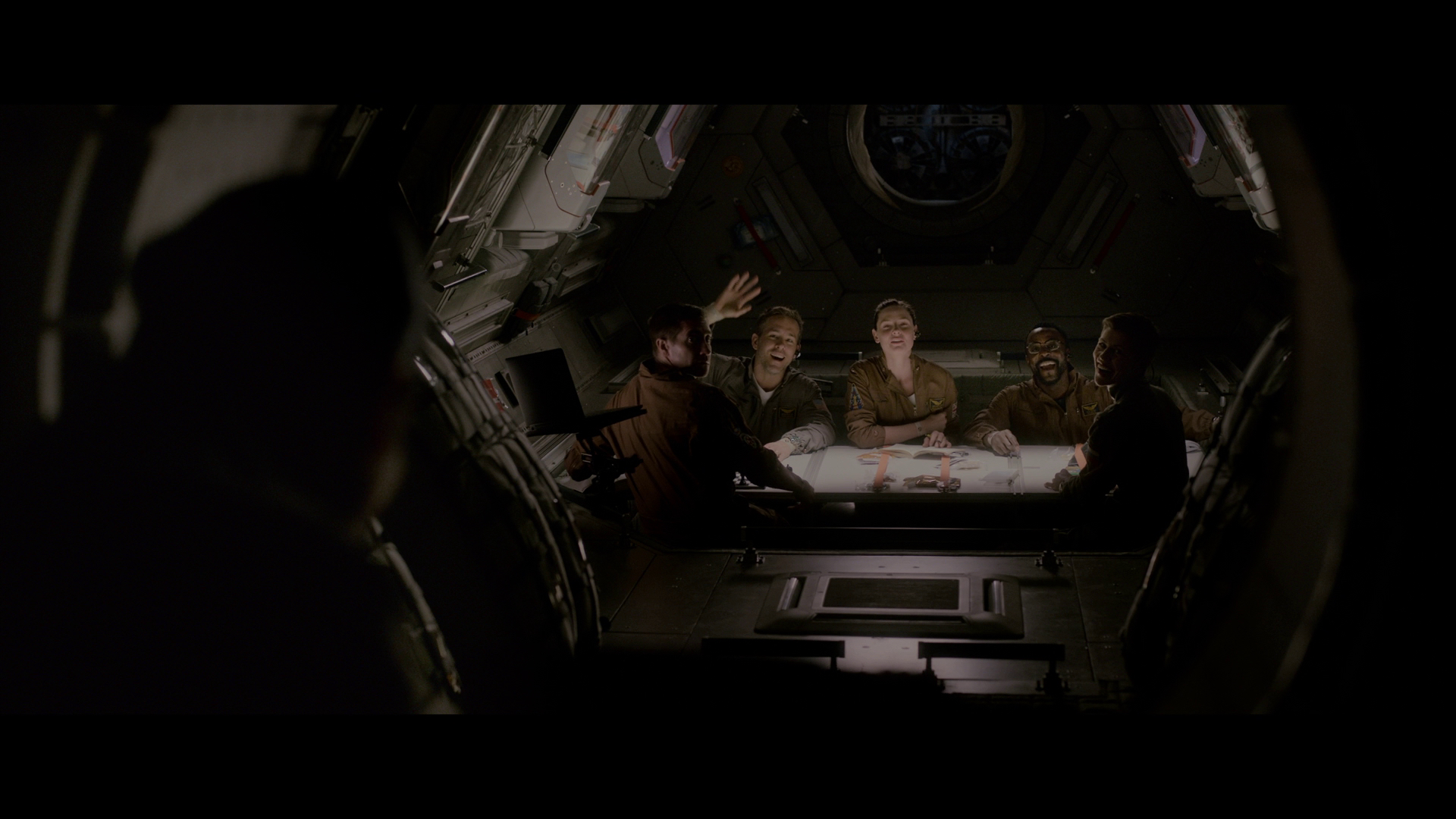 There are some tensely entertaining scenes in Life, particularly when Calvin exerts a bone-crushing grip on his prey. The crew surmises that Calvin does not hate them, but simply sees them as a threat to its survival. And an organism's gotta eat! Espinosa keeps things moving quickly, and the rapidly dwindling crew tries a number of unorthodox techniques to exterminate Calvin. The production design and effects are impressive given the $58-million budget, and there are some fairly unique and believable environments aboard the simulated ISS. Calvin finds escape hatches in the ductwork and inner walls of the space station, which allows it to move about without detection. That is a problem for North, who reveals that her directive includes keeping Calvin from reaching Earth, at any cost.

The performances here are fine, though this was clearly a quick and enjoyable paycheck for the better-known members of the cast. Espinosa is a competent but somewhat generic director, and has yet to settle into any style or unique pattern behind the lens. Reynolds is likely here because Deadpool writers Rhett Reese and Paul Wernick penned this film. Calvin later evolves into a more defined creature, and the ending takes a nice dig at the crew's efforts to contain the menace. This movie is wholly forgettable but a lot of fun, so rent it and move on. 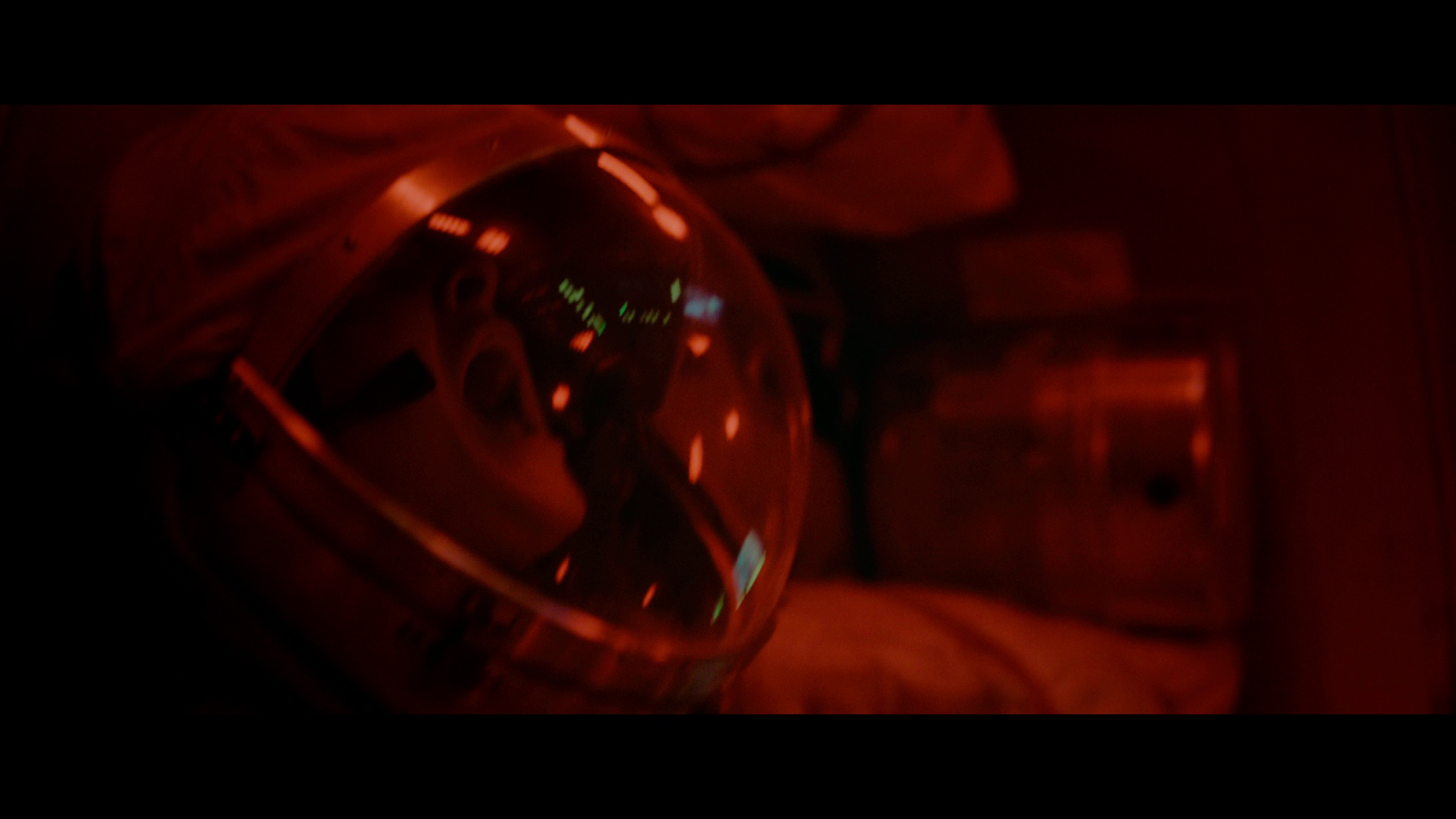 Sony unspools Life on 4K Ultra HD with a 2160p/HEVC/H.265 image at 2.39:1. Filmed in 4K but finished at 2K, Life is an upconvert to 4K Ultra HD. Nevertheless, this is an impressive transfer with noticeable improvements over the Blu-ray image. Sharpness and clarity are excellent, and fine-object detail is abundant. This is great at times (see crystal-clear facial features, costumes and wide shots) but it makes some of the CGI interiors of the ISS look especially fake. The HDR color pass on the 4K Ultra HD facilitates more vibrant colors and better contrast, and there is a noticeable uptick in detail in 4K. Black levels are also improved in 4K, and these appear inky, with strong shadow detail. I did notice a bit of aliasing and some digital noise, but these are minor imperfections.

The 4K Ultra HD includes a Dolby Atmos mix, which I sampled as a 7.1 Dolby TrueHD soundtrack. Wholly immersive and impressively boisterous, this mix offers fantastic sound pans and crackling action effects. Dialogue is clear and uninhibited by any distortion, and environmental effects subtly surround the viewer. When Calvin goes to town, the LFE comes alive and offers rocking bass. The "in the walls" terror truly wraps the viewer, and I felt like I was in a theatrical setting with this mix. A ton of 5.1 Dolby Digital dubs and subs are included.

This two-disc set includes the 4K Ultra HD disc, a Blu-ray disc and an UltraViolet HD digital copy. The discs are packed in a black 4K case that is wrapped in a slipcover. The majority of the extras appear on the included Blu-ray: You get a couple of Deleted Scenes (5:49 total/HD); Life: In Zero G (6:54/HD), about shooting to simulate zero-gravity environments; Creating Life: The Art and Reality of Calvin (7:07/HD), about the creature's design; Claustrophobic Terror: Creating a Thriller in Space (7:28/HD), a broad overview of the film; and Astronaut Diaries (3:00/HD), in which the characters speak about their predicament. 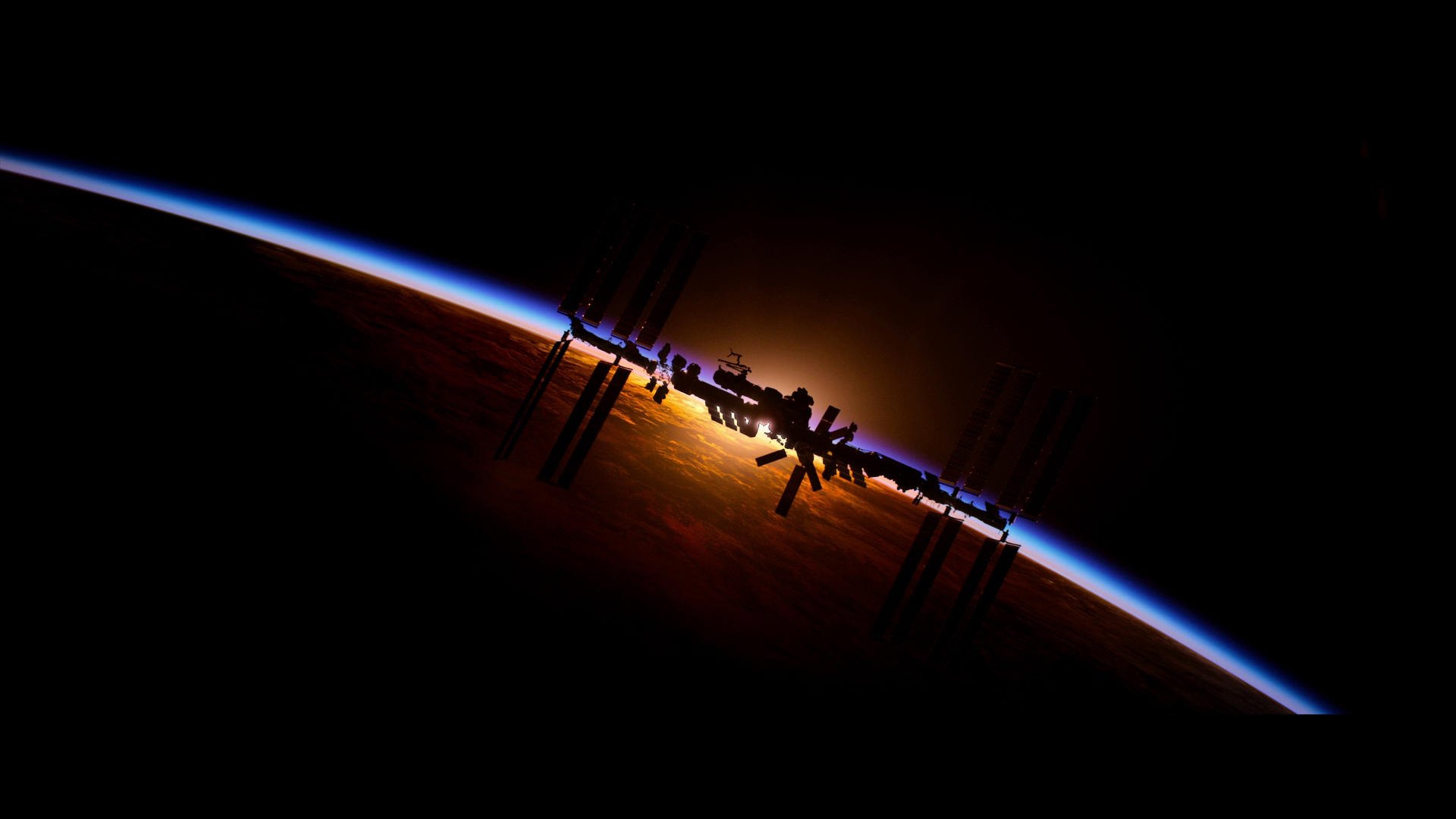 No, Life is not especially original. But it is entertaining, and that is more than I can say about a lot of movies. This outer-space thriller looks great in 4K and offers intense, if forgettable, thrills. Rent It. 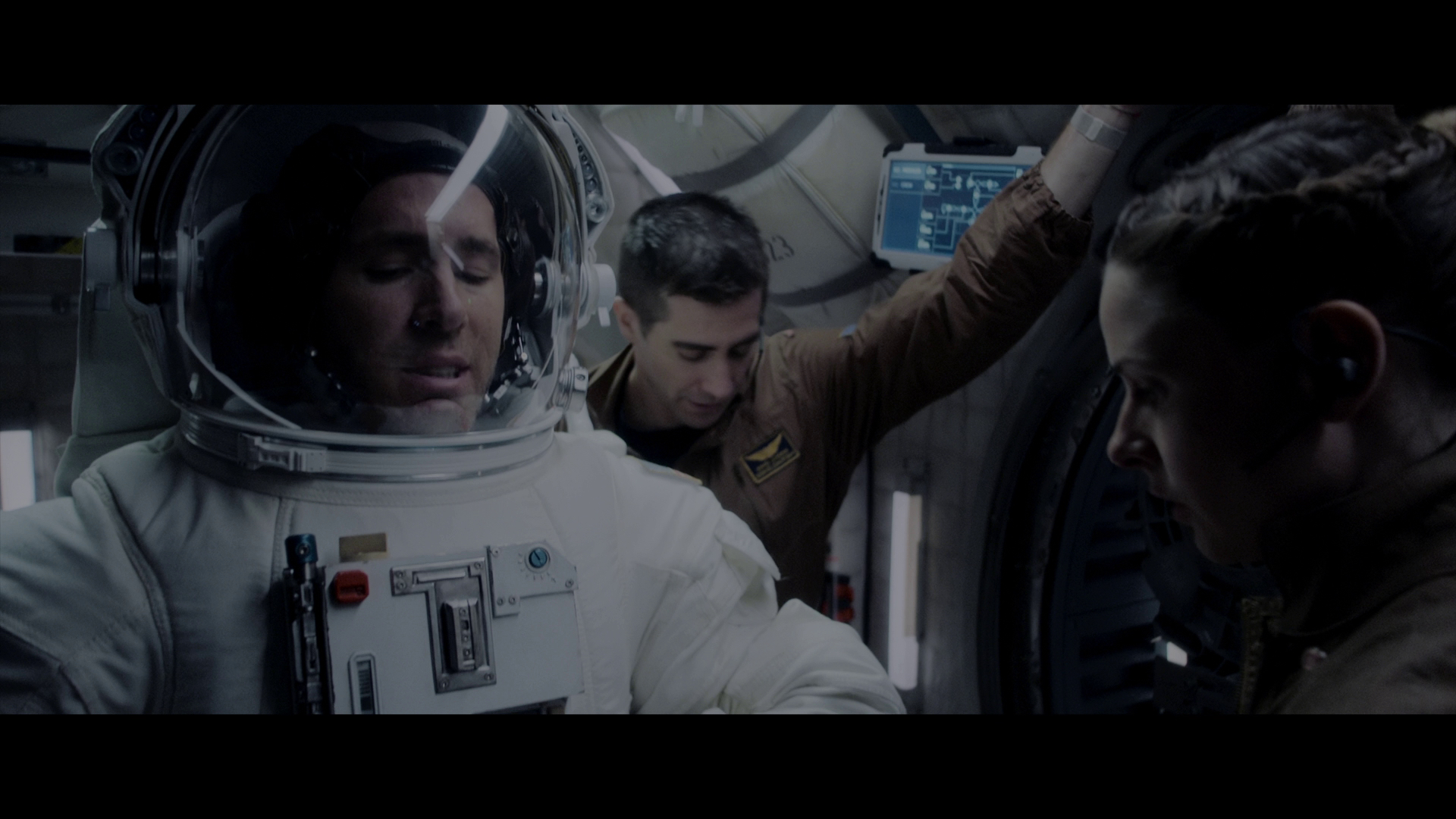 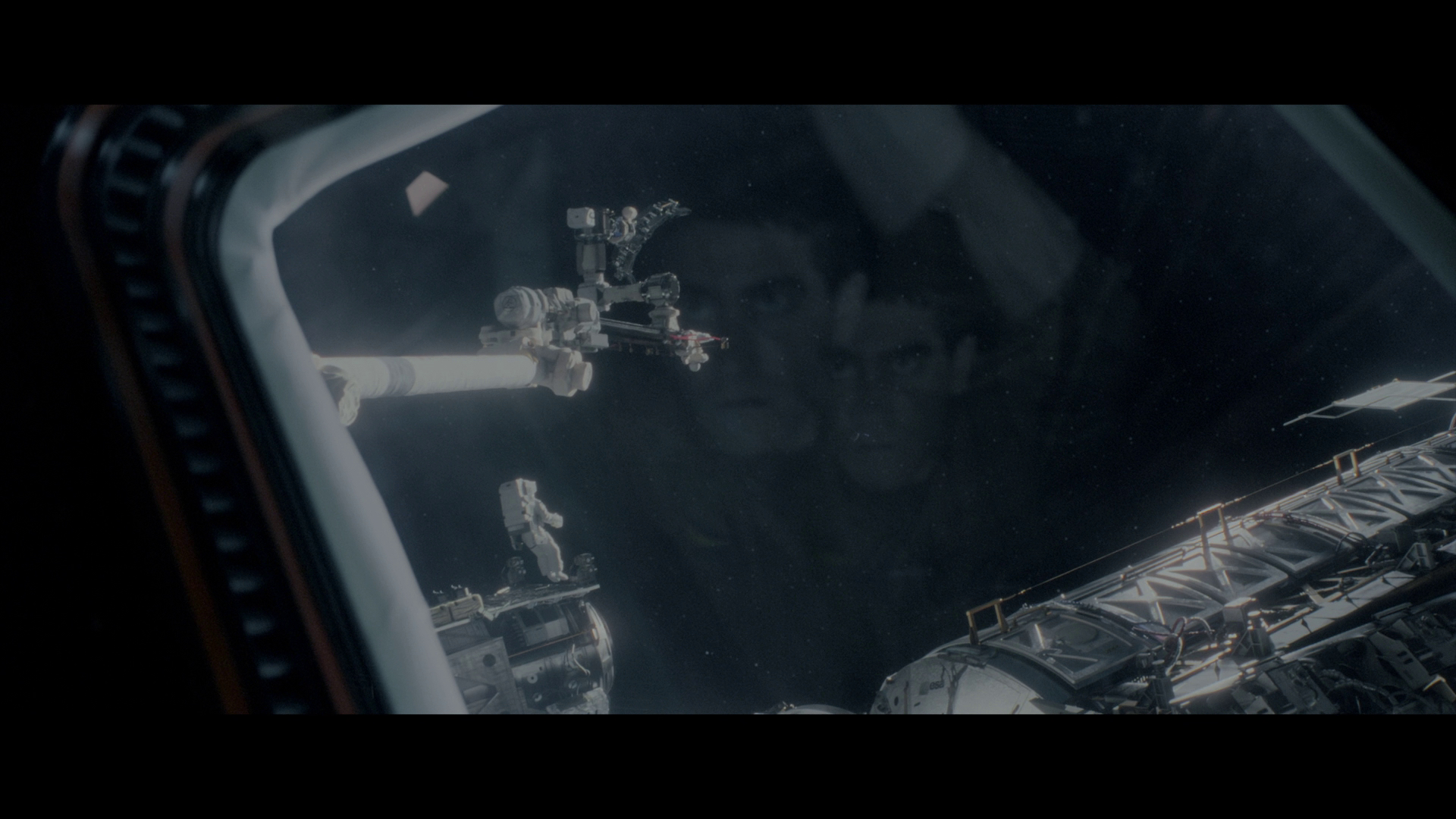 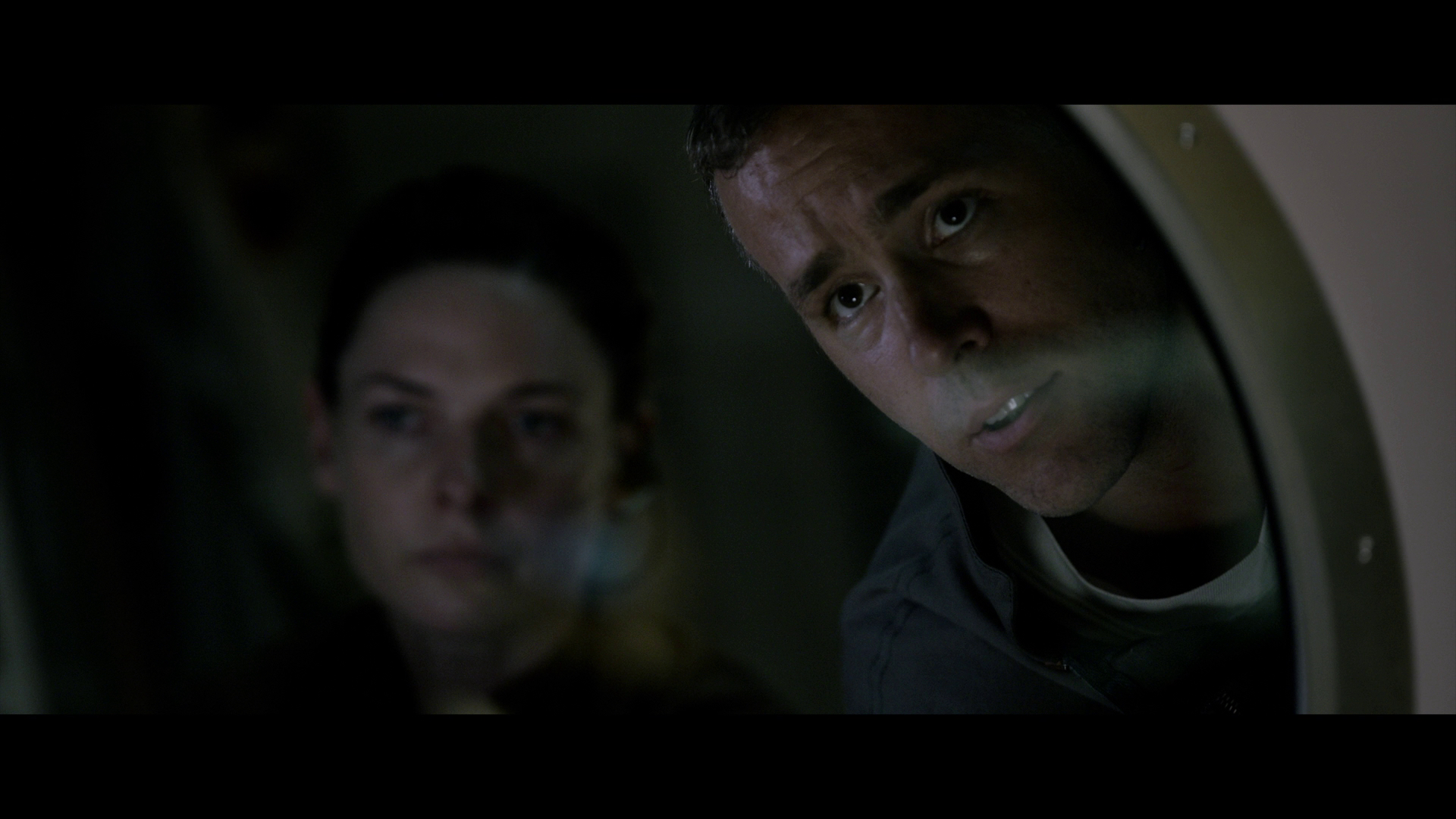 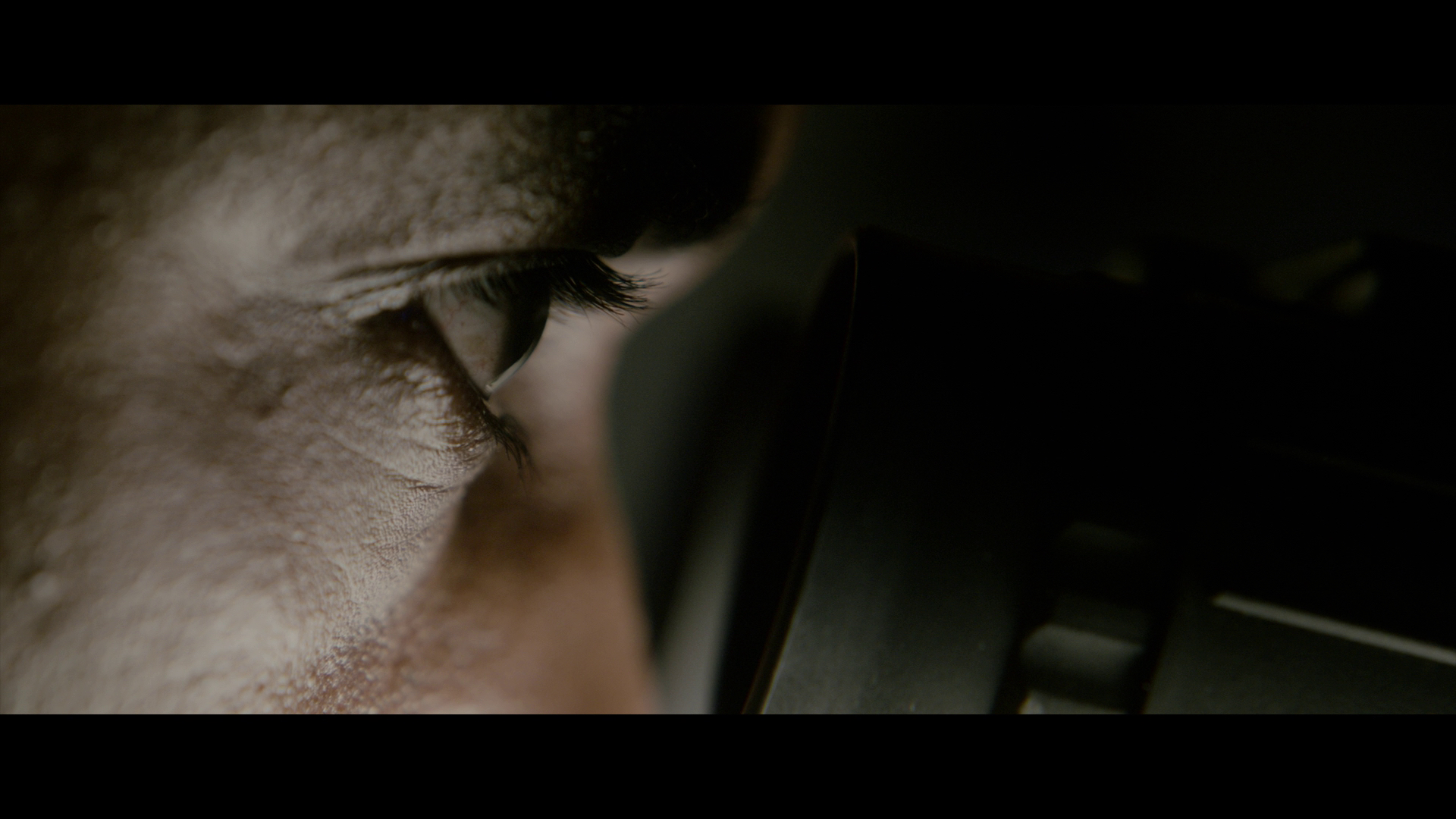 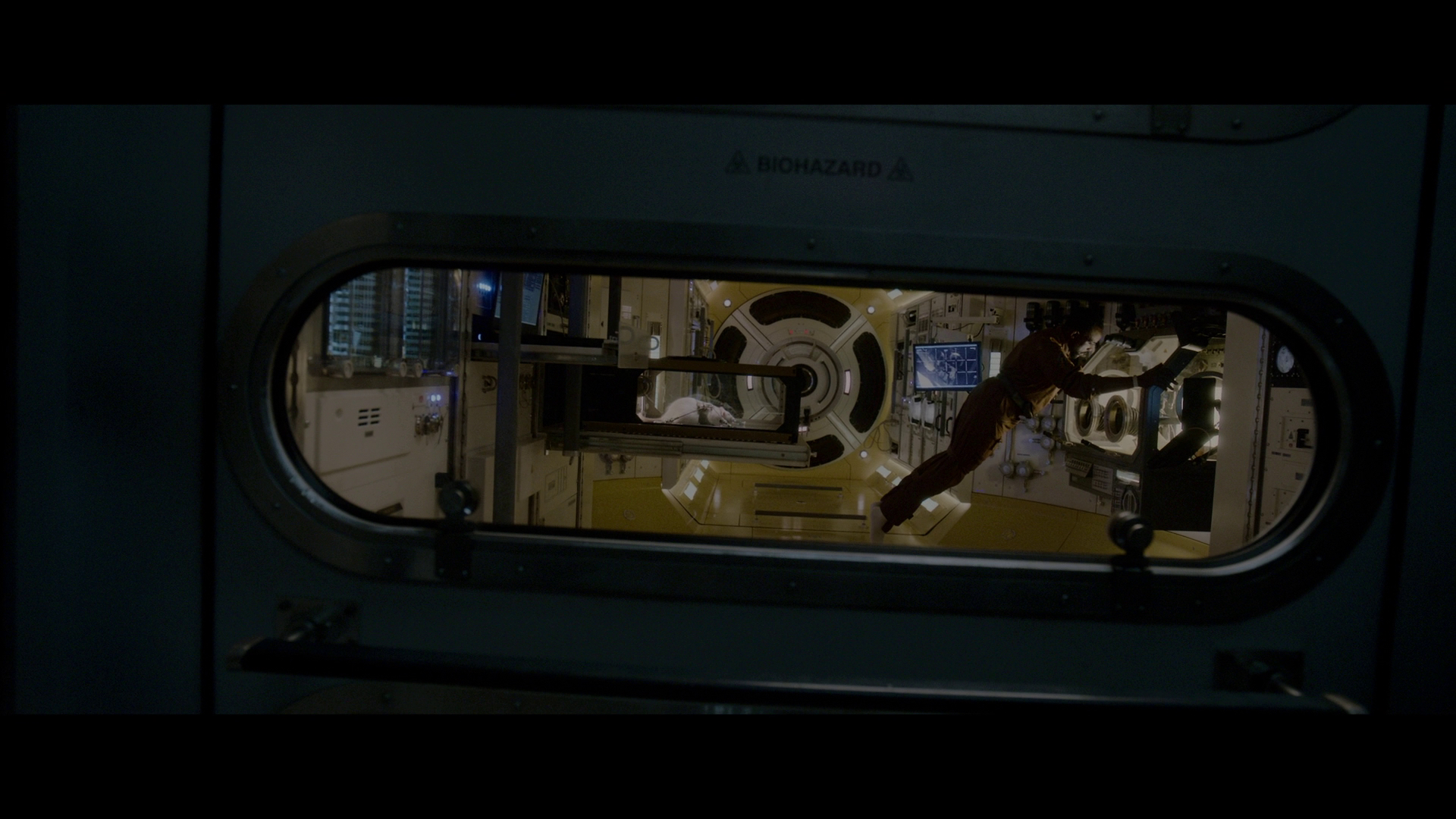 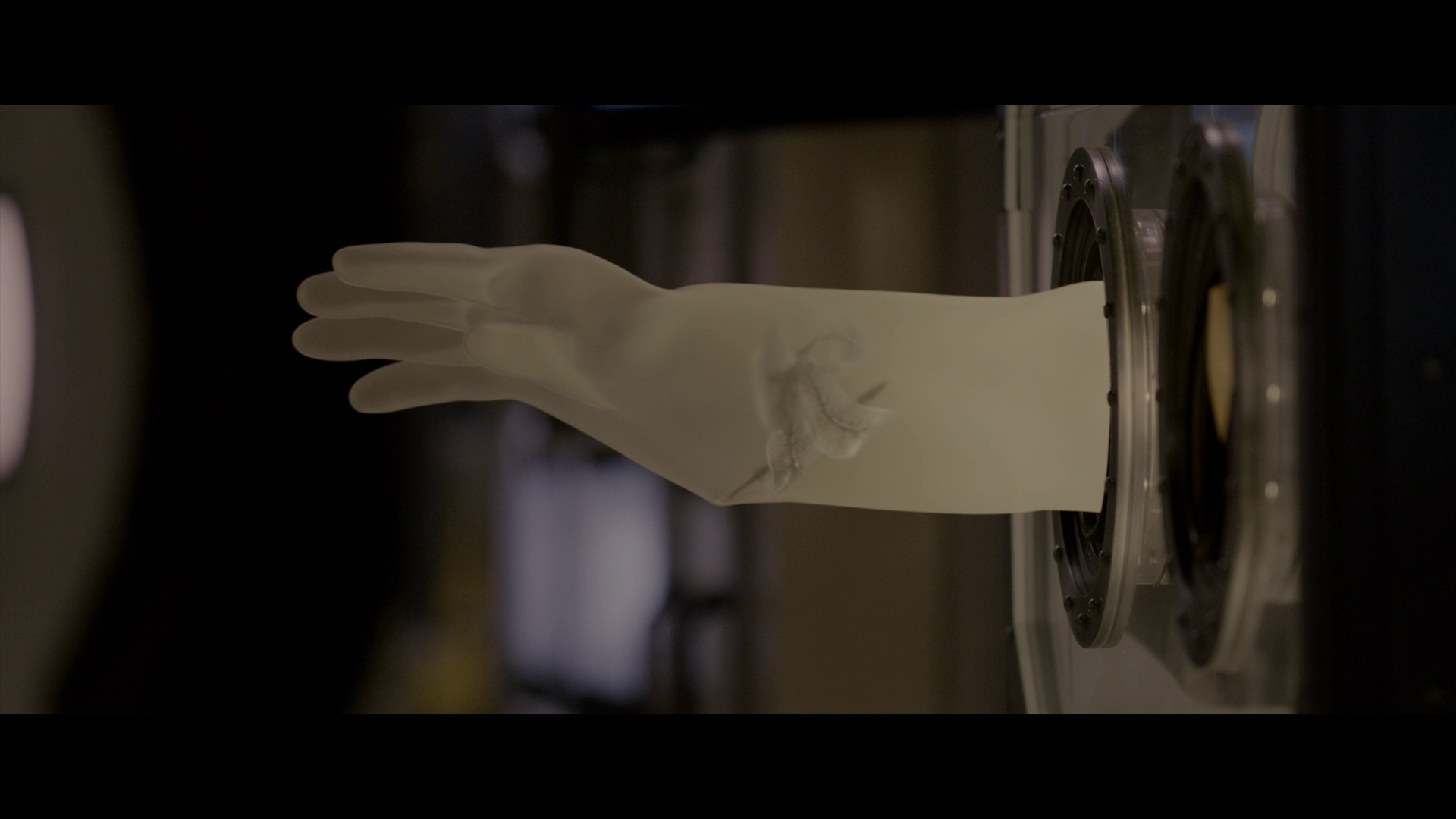 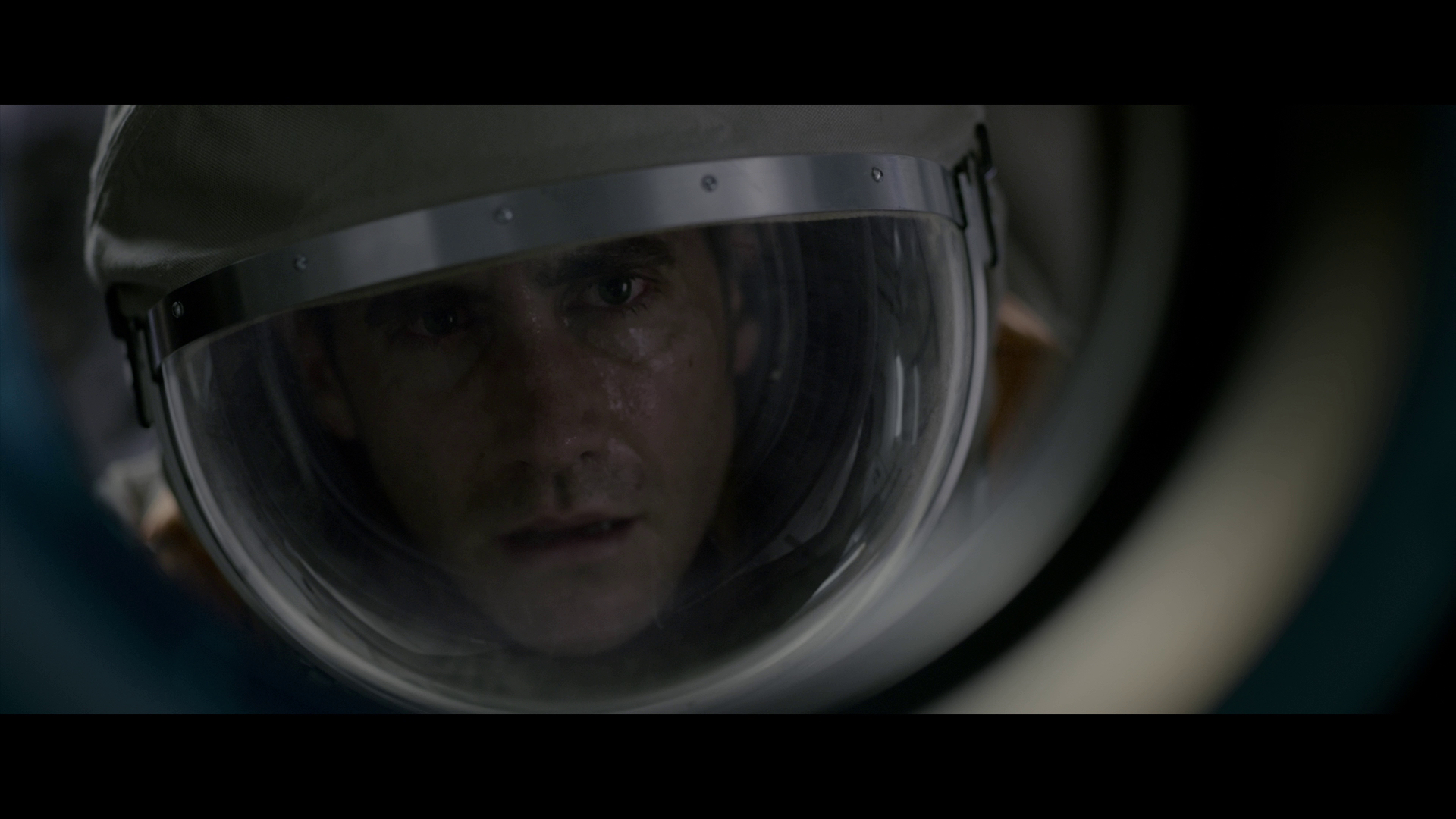 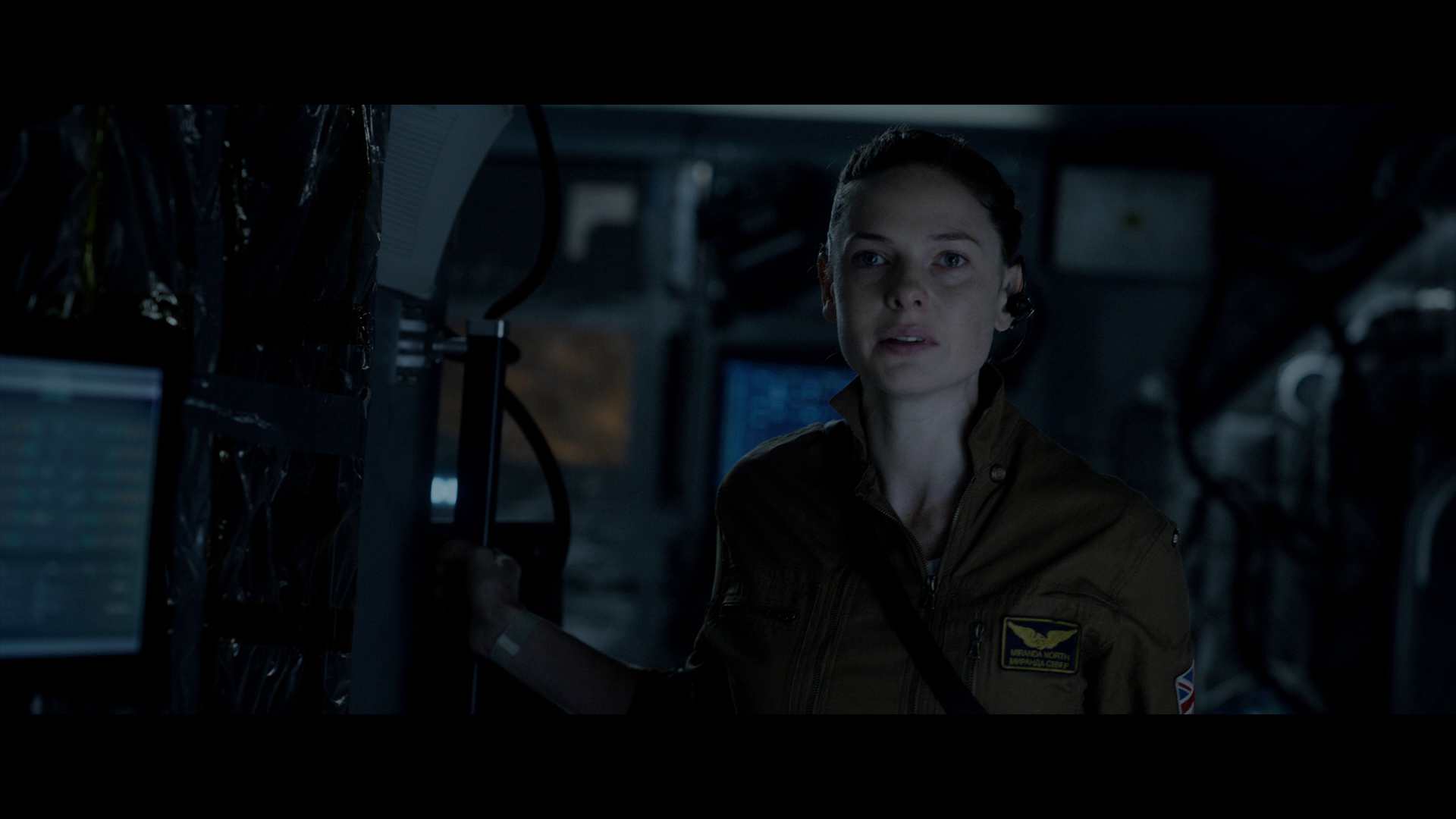 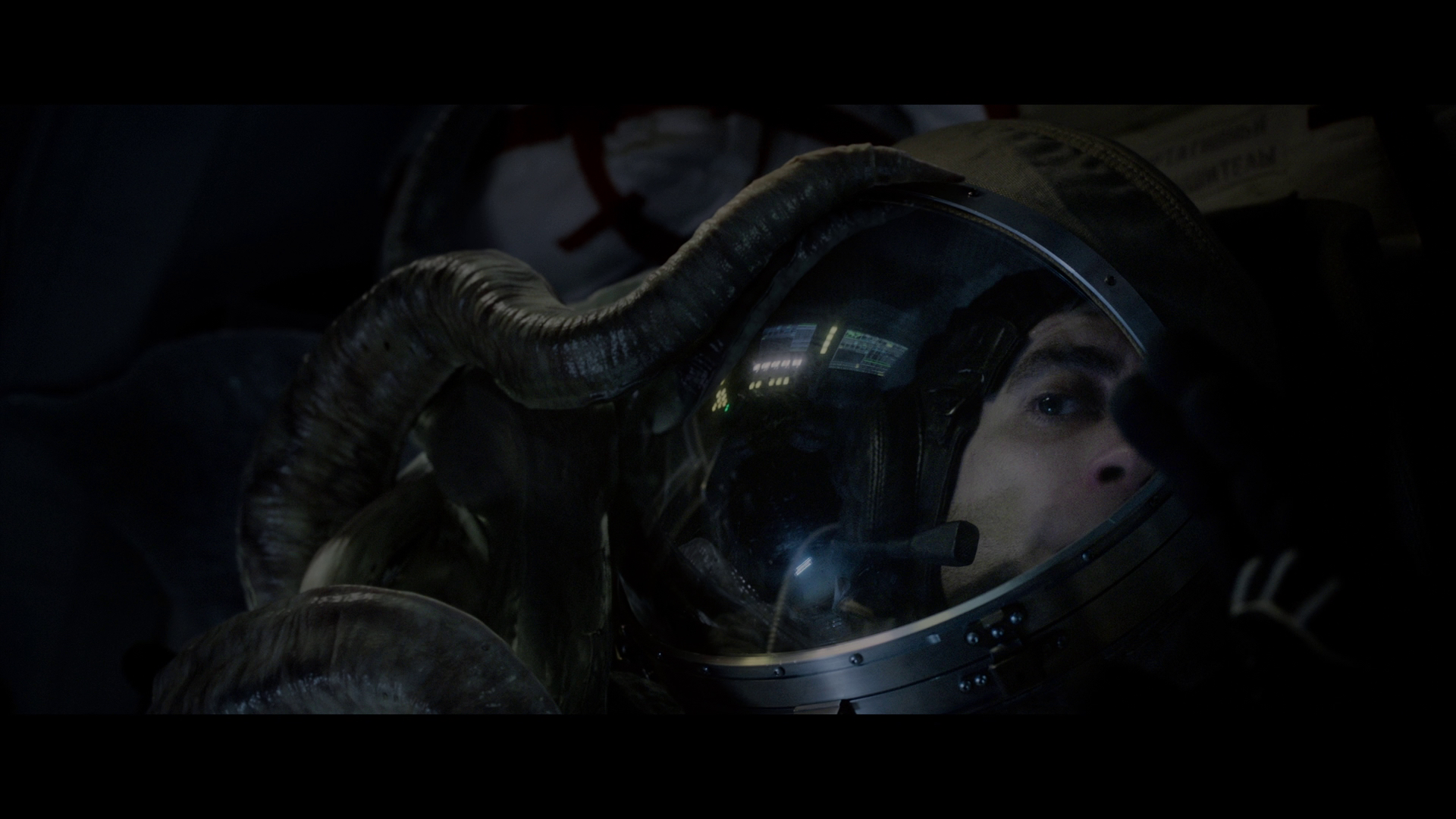