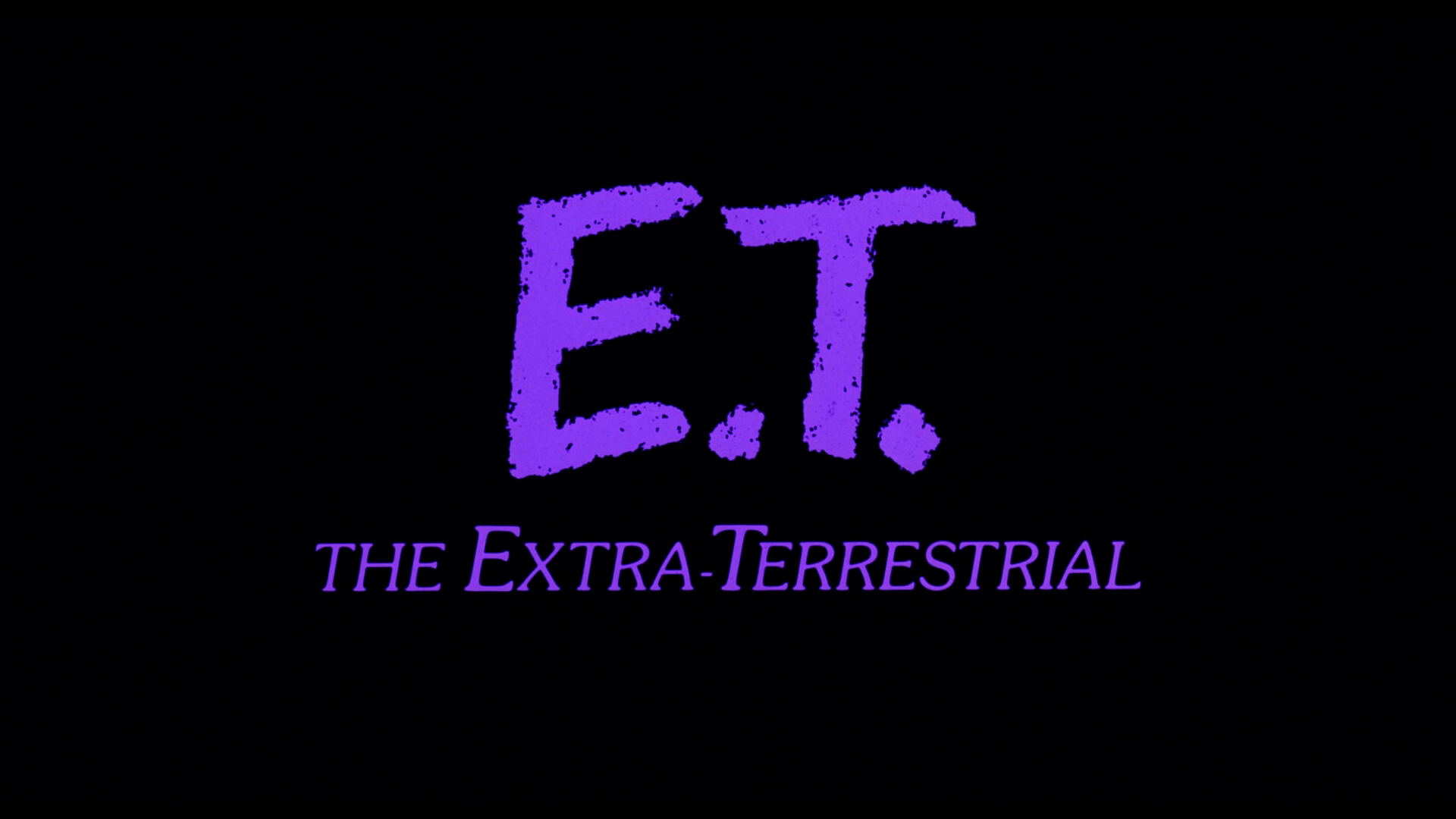 Something that struck me, again, while watching Steven Spielberg's E.T. the Extra-Terrestrial is how the movie respects its young characters' imaginations, fears and dreams. Netflix series "Stranger Things" did the same thing recently to impressive results, and E.T., thankfully returned its guns and grit in this original version, never undermines Elliott (Henry Thomas) or his relationships with those around him. Now presented in 4K, this is certainly one of the better family films of all time. Exciting and funny and with plenty of heart, E.T. remains relevant and entertaining thirty-five years after its initial release. Universal's 35th Anniversary Limited Edition includes the film on 4K Ultra HD, Blu-ray and digital, and this handsomely designed package includes a slipbox with lenticular cover and an accompanying soundtrack CD. This will be a must-own for collectors.

The story is, of course, familiar: An alien is accidentally left behind on earth when his brethren sense danger. He stumbles into the backyard of Elliott, who lives with brother Michael (Robert MacNaughton), sister Gertie (Drew Barrymore) and single mom Mary (Dee Wallace). No one believes Elliott has found a real alien, but E.T., voiced by Pat Welsh, takes refuge with the boy. Their first hours are spent trying to hide E.T. from Gertie and the family dog, and Elliott soon discovers an intimate connection with E.T. When Elliott is at school, his visitor begins pounding Coors heavies, which also gets Elliott sloshed. Elliott feels the pain and fear that E.T. feels, which causes him to become dangerously ill when E.T.'s health begins declining away from his natural environment. Government agents eventually catch up with the alien, and attempt to save E.T.'s life, though not necessarily out of compassion. 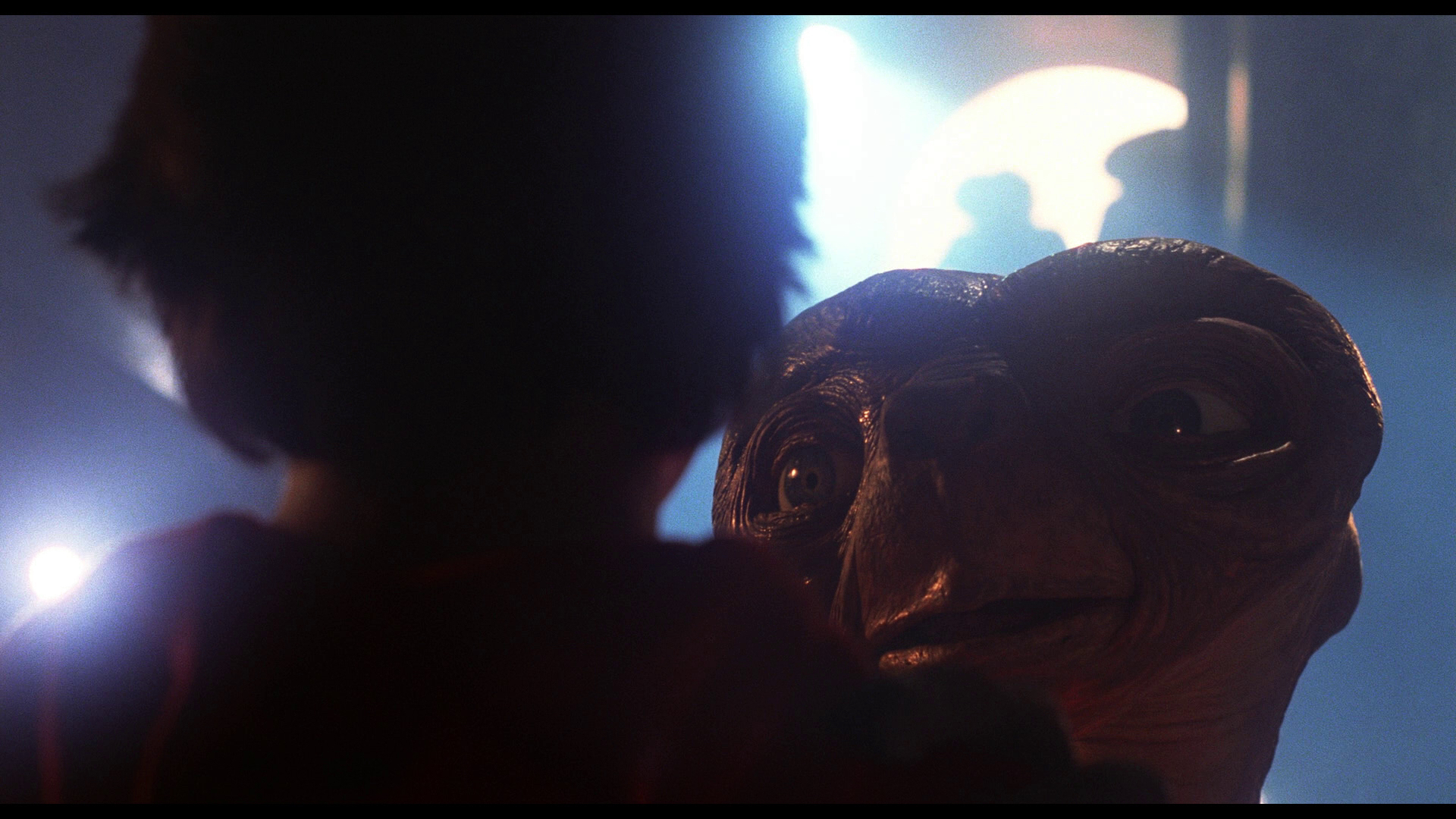 The film's opening moments perfectly capture what it is to be a kid: Goofing off, ordering pizza without permission and teasing younger siblings leads to unexpected exploration amid school, sports and chores. It may seem insignificant at first glance, but placing Elliott and company under the roof of a single-parent home is important to the film's themes of alienation and independence. The hazy interiors of the family's house are littered with childhood landmarks, pictures and sports gear, and a brief dinner conversation about Elliott's absentee father brings tears to Mary's eyes. It is Michael, the eldest child, who scolds Elliott for being callous, while Gertie just asks about Mexico. That E.T. is undetected for a time is possible largely because Mary is so overextended. She relies on the boys to watch Gertie, and rushes about the house without noticing things out of place. When her lapse in supervision results in Elliott vanishing on Halloween for his moonlit bike ride with E.T., she panics, and meets his return with relief and frustration.

The weight of adolescence and caring for the life of another are just two of the film's heavy themes. The friendship between E.T. and Elliott and their subsequent maturations are unique in film, and these plot threads are buoyed by fine acting from Thomas, MacNaughton and the adorable Barrymore. Wallace is wonderful but unflashy as "everyone's mom," and the puppeteers and practical-effects wizards who brought E.T. to life were decades ahead of their time. Spielberg's more recent films lack the magic and fluid storytelling of E.T., which is also handsomely shot, edited and scored thanks to Allen Daviau, Carol Littleton and John Williams, respectively. The 114-minute film is nicely paced, with an effective three-act plot that offers humor and drama in equal parts. This 4K Ultra HD image, from a restoration of the original elements, is the best the film has looked on home video, and provides a theatrical quality presentation of a classic film. 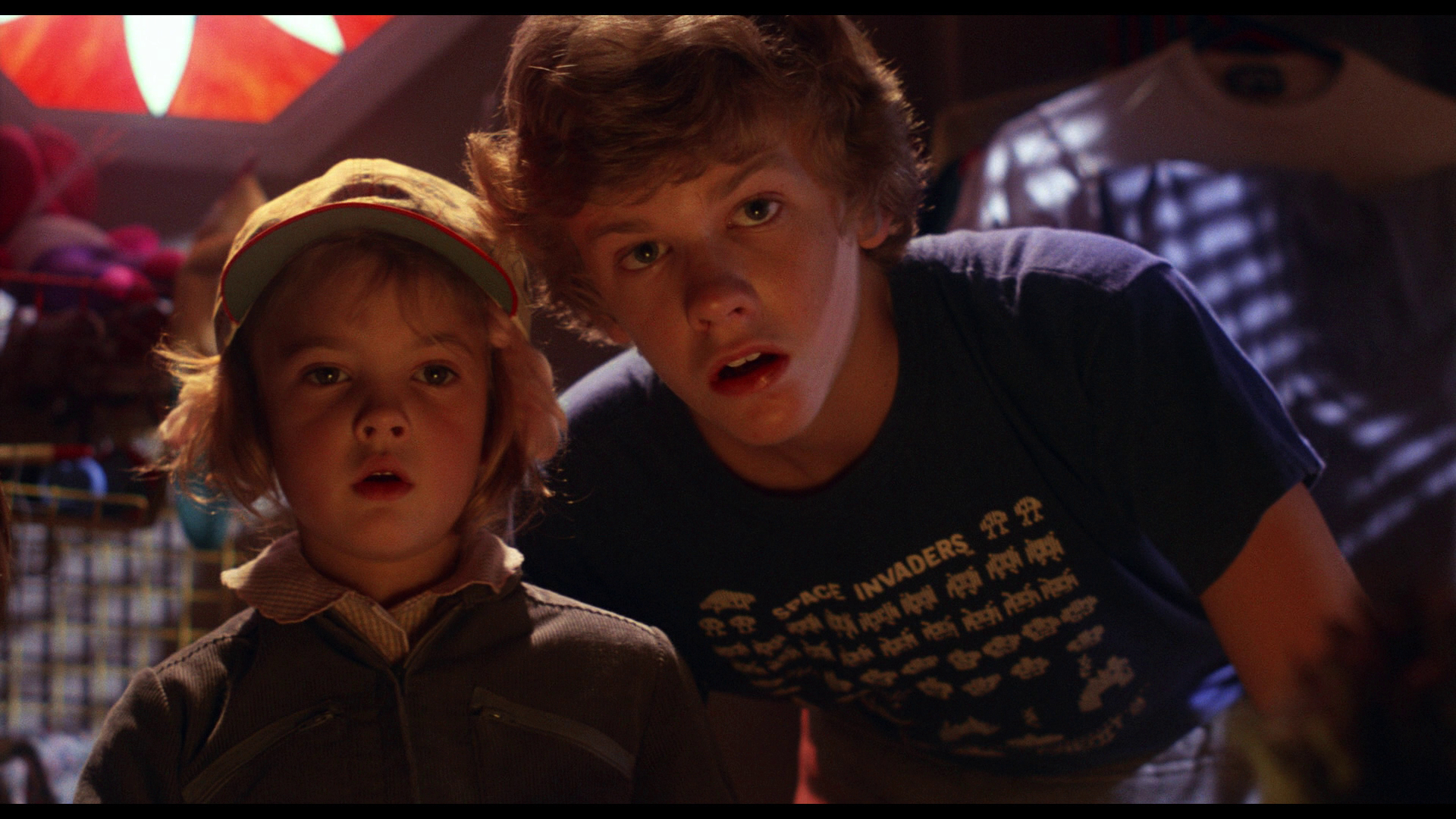 The HEVC/H.265/2160p 4K presentation is presented in the original aspect ratio of 1.85:1. The previous Blu-ray edition looked fantastic, but this 4K release tops it. The transfer looks like gorgeous film, which is incredibly important for a 35-year-old movie. The grain structure is natural and consistent, and the 4K image handles the frequent hazy, dimly lit shots with ease. Noticeably improved from the Blu-ray are shadow detail, delineation and fine-object detail, which is at times out of this world (no pun intended). The new HDR pass is impressive but subtle, offering gorgeous landscapes, fabric colors and moonlit sets. The image is completely free of print damage, edge enhancement, clumpy grain and aliasing. Skin tones appear natural, highlights never bloom, and black levels are largely inky. This is a very impressive presentation that offers clear upgrades in clarity and "film-reel" replication.

The DTS:X soundtrack, which I sampled as a 7.1 DTS-HD Master Audio mix, is similarly impressive and of theatrical quality. The sound design is gorgeous here, and this lossless mix offers a wonderfully immersive soundscape. Dialogue is perfectly clear and completely free of hiss and distortion. There is frequent directional dialogue in the surrounds, and ambient effects are present throughout. The action effects utilize the subwoofer effectively, and sound pans are wonderfully realized. Williams' score is weighty and nicely layered amid the other elements. There are scenes in E.T. that absolutely transported me to a theater. The track does not have to be loud to impress, and quiet moments are no less immersive. This is a masterful presentation. English, French, Portuguese, Japanese and Spanish lossy mixes are included, as are a host of subtitle options.

This 35th Anniversary Limited Edition is packed in a black 4K Ultra HD case that fits inside a sturdy slipbox with lenticular cover. The slipbox also contains the remastered soundtrack CD and booklet with images and stories from the production. Alongside the 4K Ultra HD disc is a Blu-ray, and Universal also includes both iTunes and UltraViolet HD digital copies. The extras match those on the 2012 Blu-ray edition: Steven Spielberg and E.T. (12:31/HD), a piece about the production and its director; The E.T. Journals (53:38/HD), an extended making-of; Deleted Scenes (3:40/HD); A Look Back (37:43/HD), a retrospective piece; The Evolution and Creation of E.T. (50:16/HD); The E.T. Reunion (17:56/HD); The Music of E.T.: A Discussion with John Williams (10:04/HD); The 20th Anniversary Premiere (17:49/HD); Designs, Photographs, and Marketing (45:01/HD); a Theatrical Trailer (1:57/HD); and TV Spot (1:02/HD). 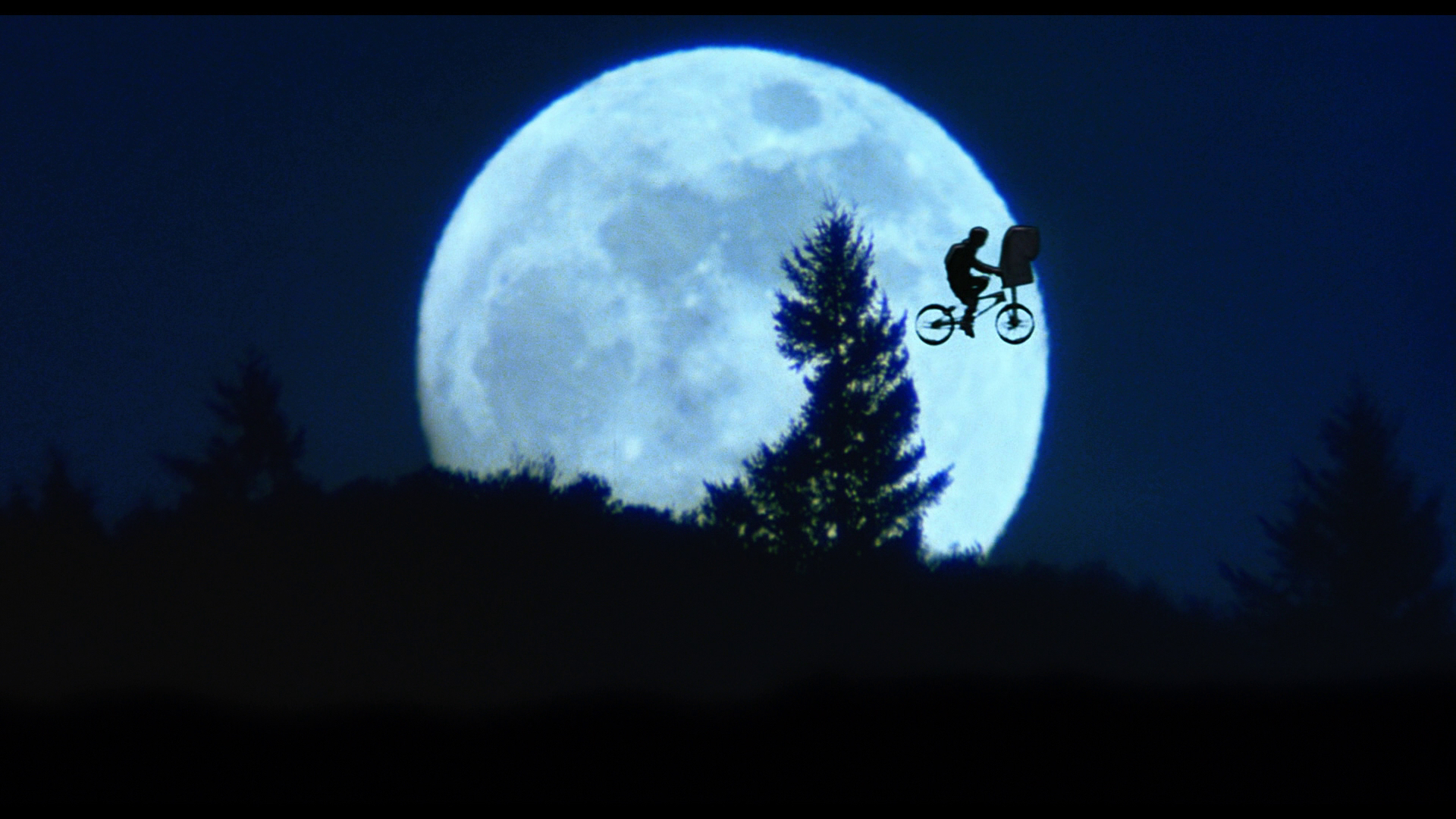 There is little to be said about E.T. the Extra-Terrestrial that has not already been said. It is a classic family film that is as entertaining today as it was thirty-five years ago. This new 35th Anniversary Limited Edition 4K Ultra HD package offers fantastic picture and sound and ports over the solid selection of supplements from the 2012 Blu-ray. The 4K upgrade offers significant boosts in picture and sound quality, and this is a fantastic package meant for collectors. DVD Talk Collector Series. 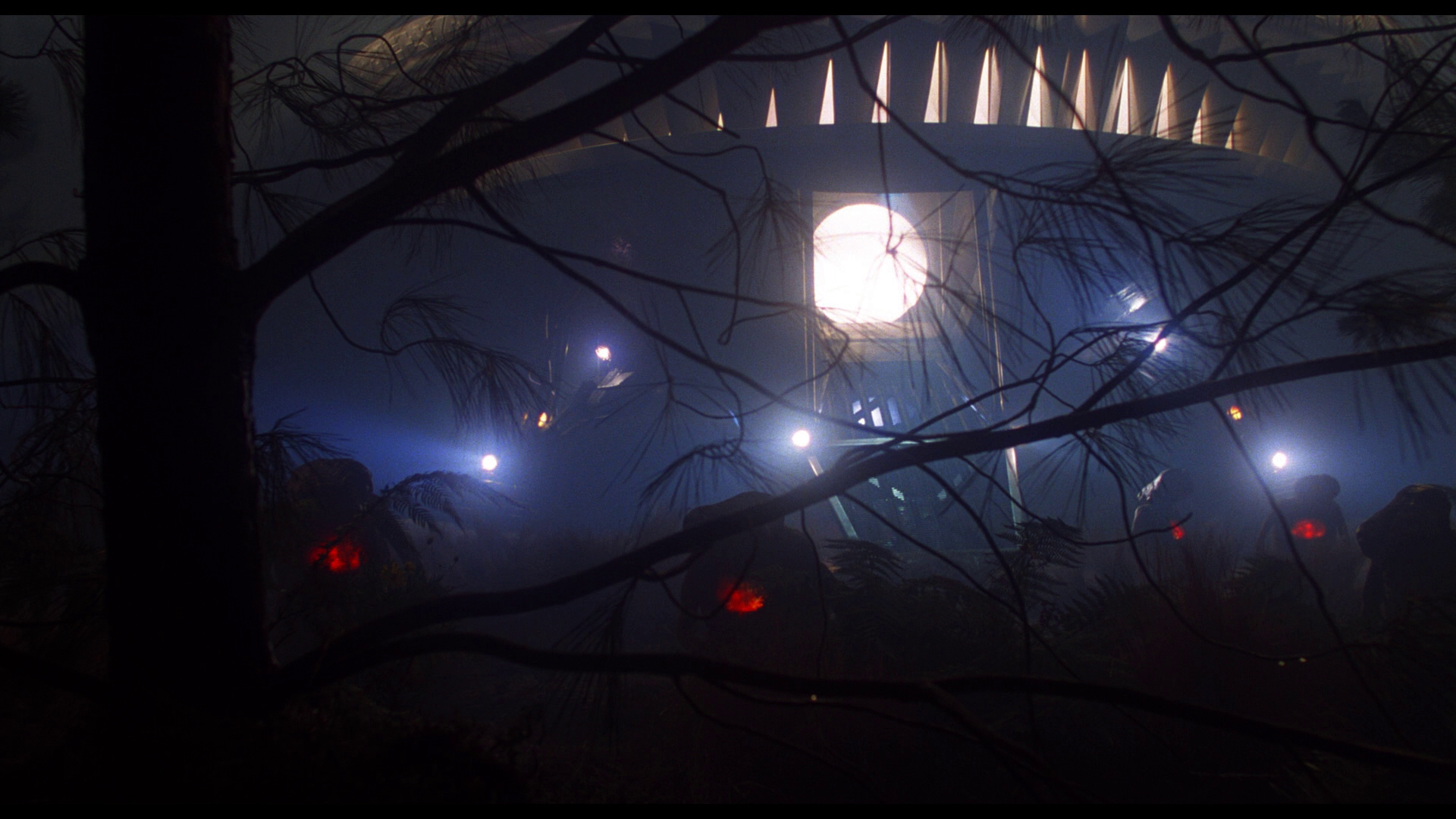 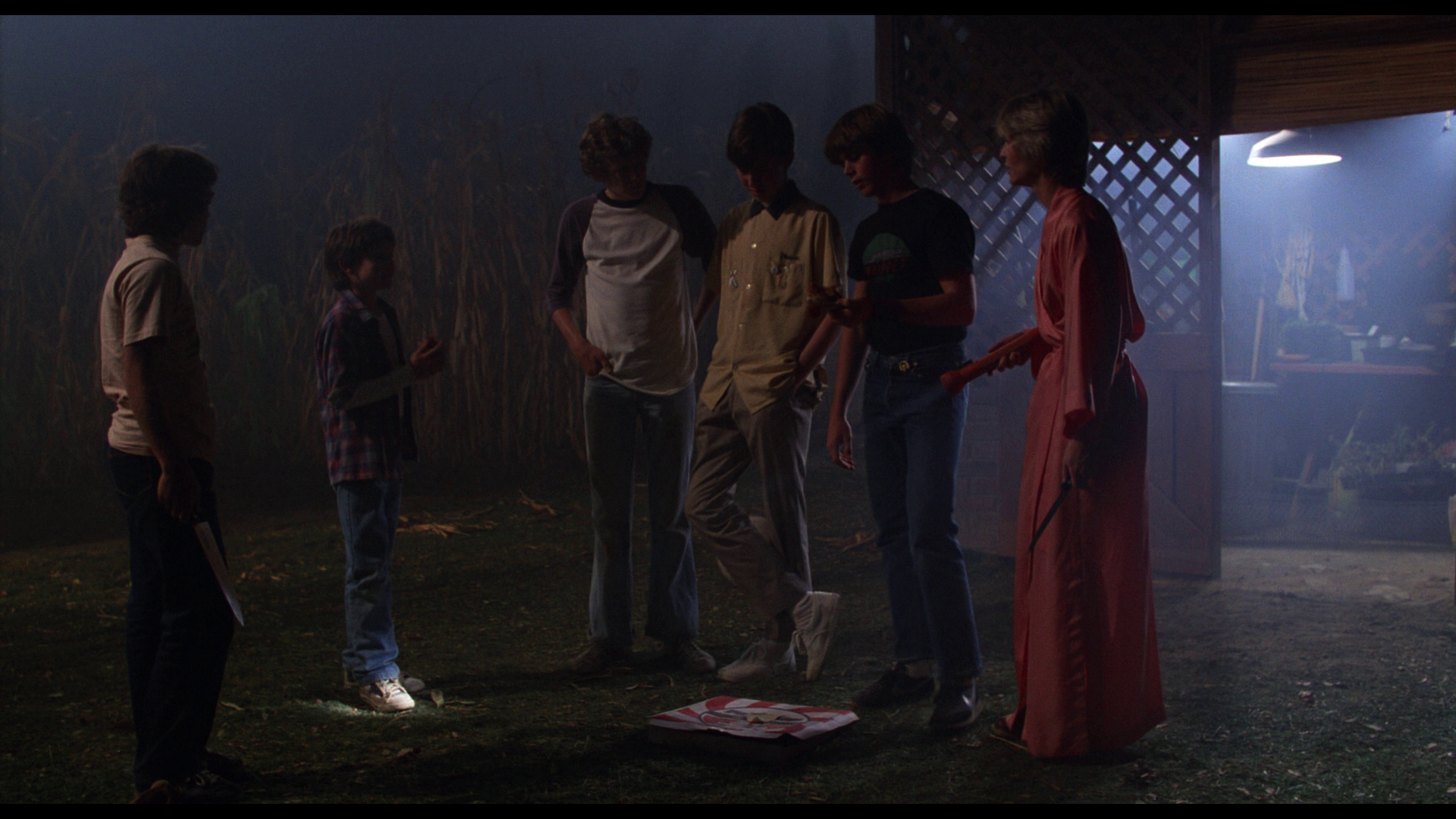 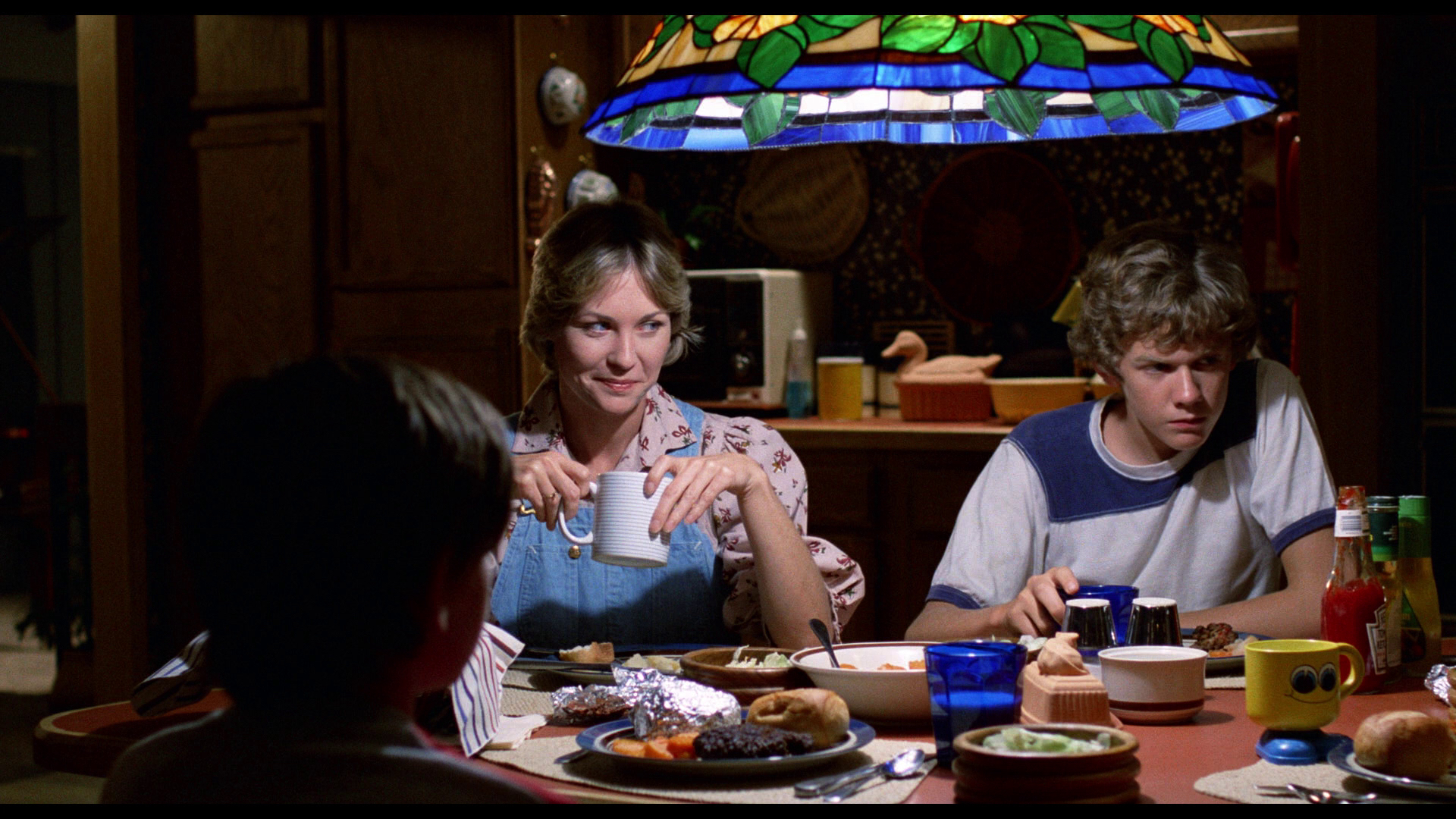 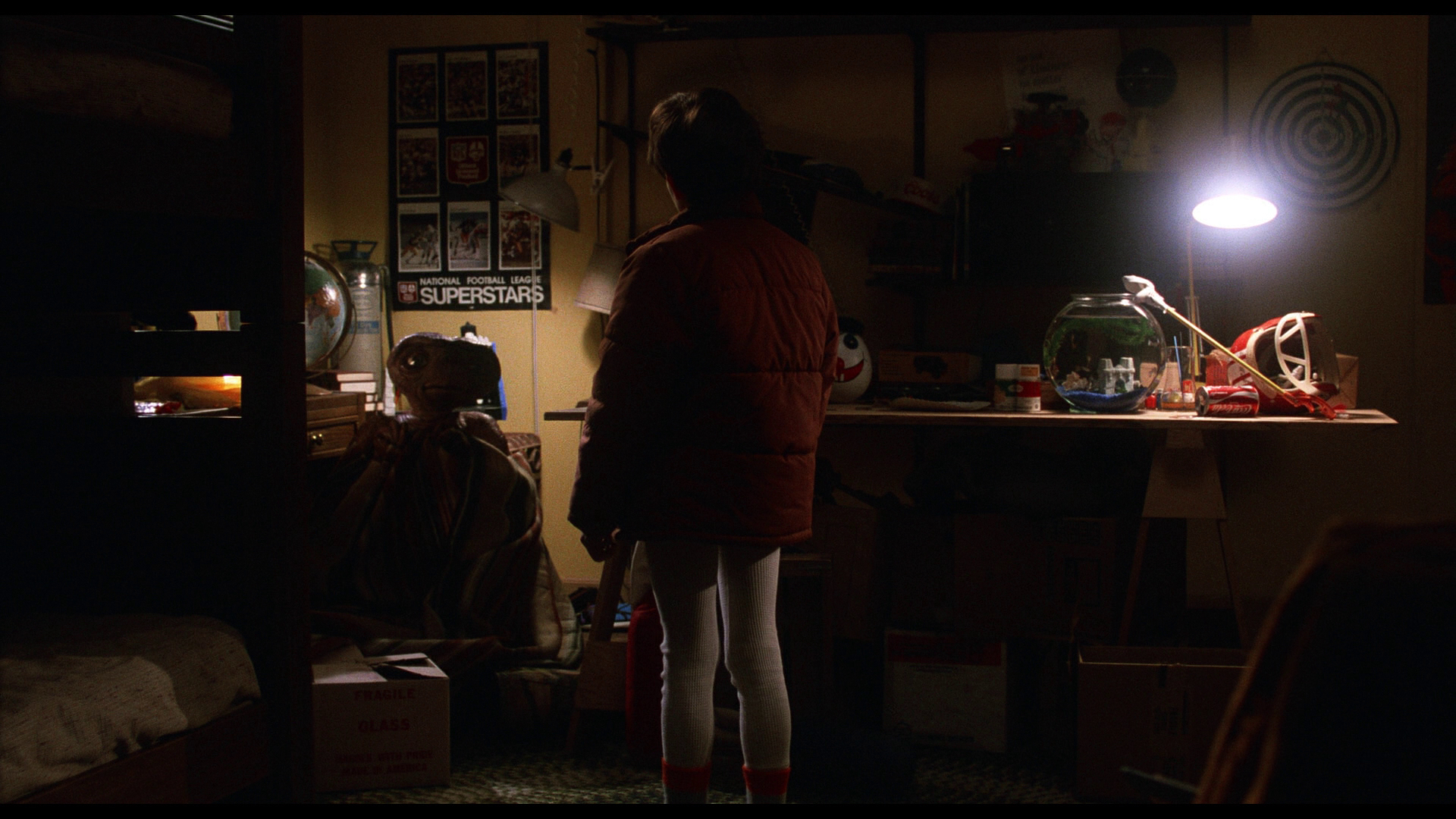 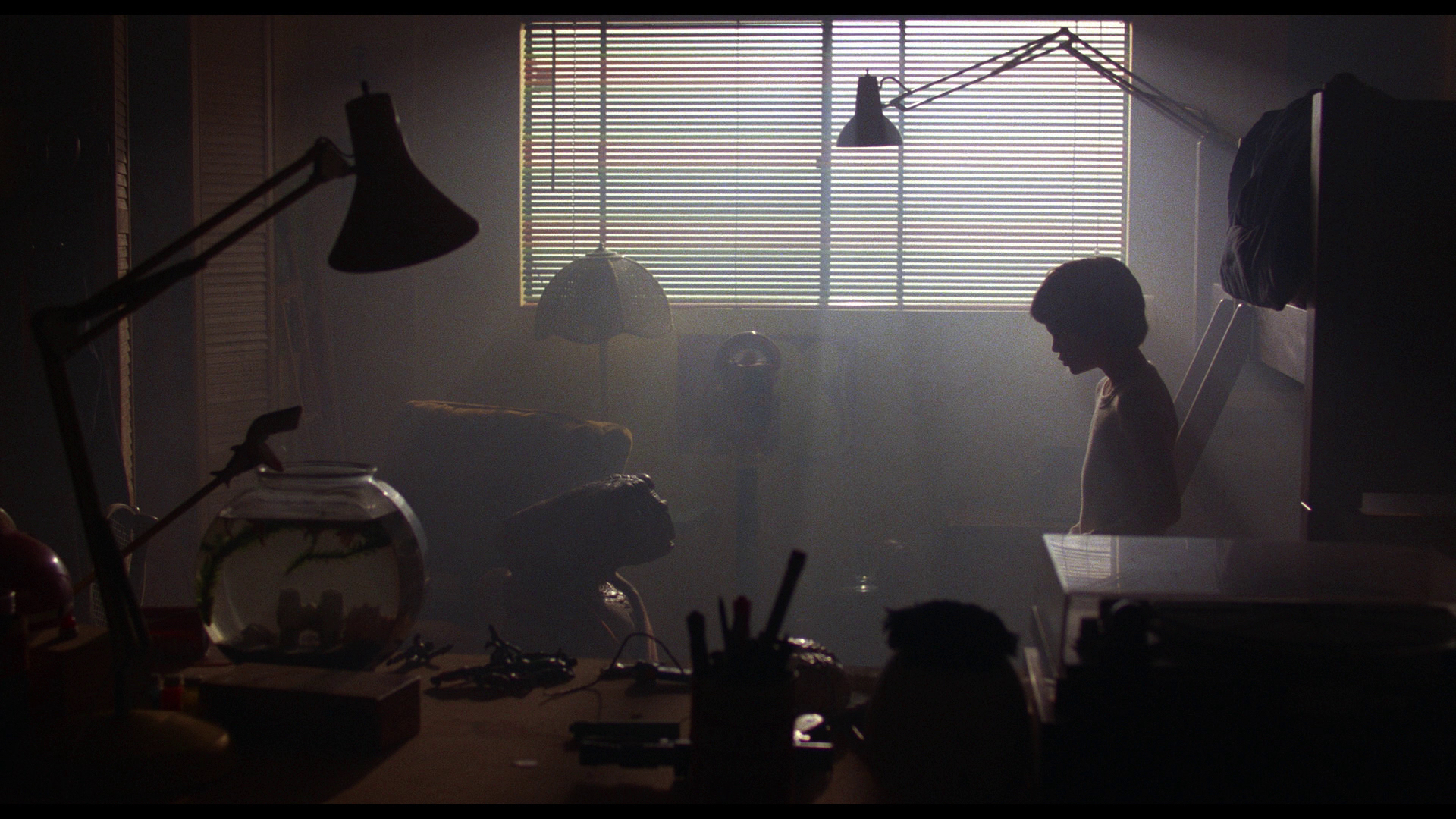 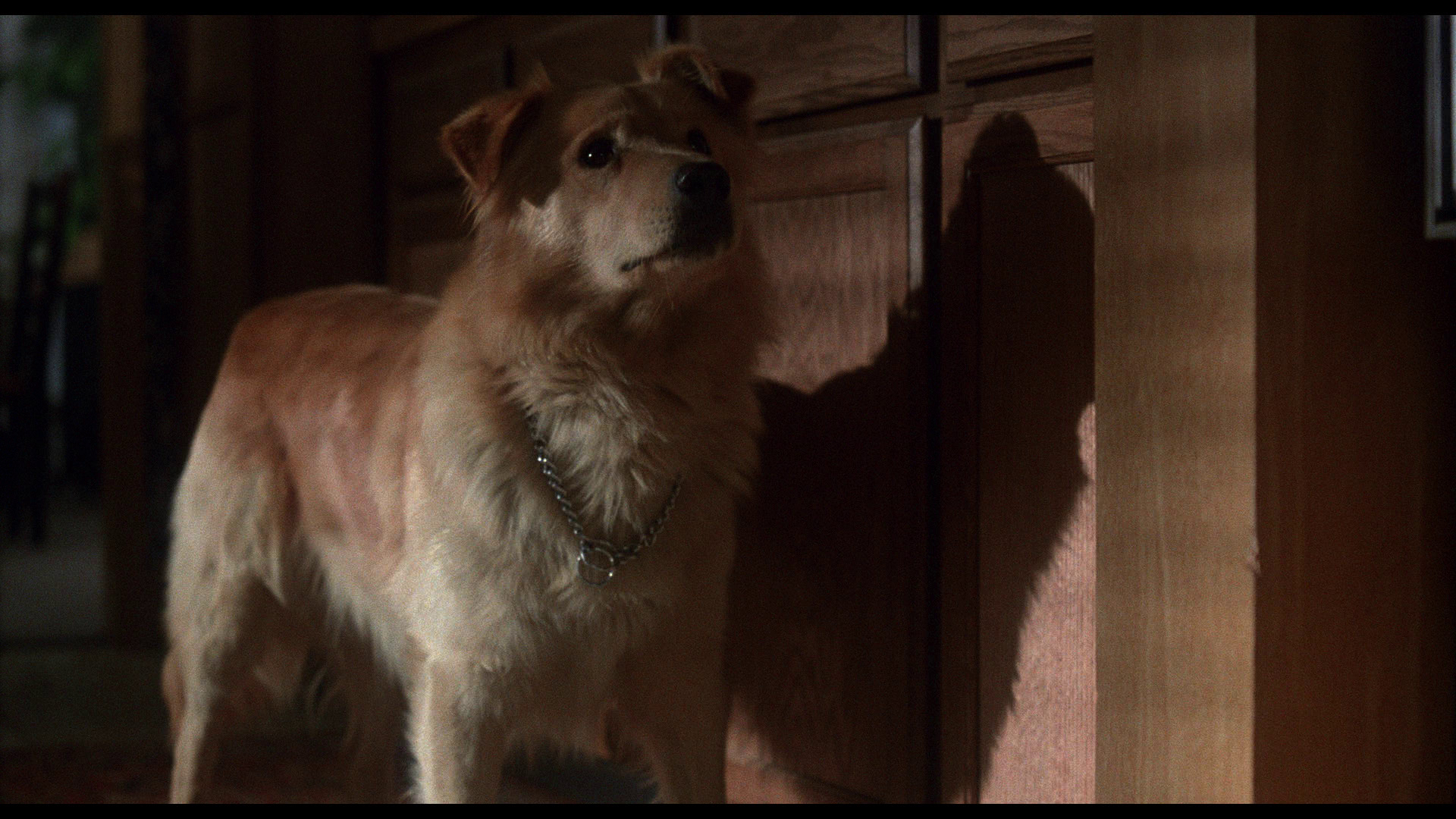 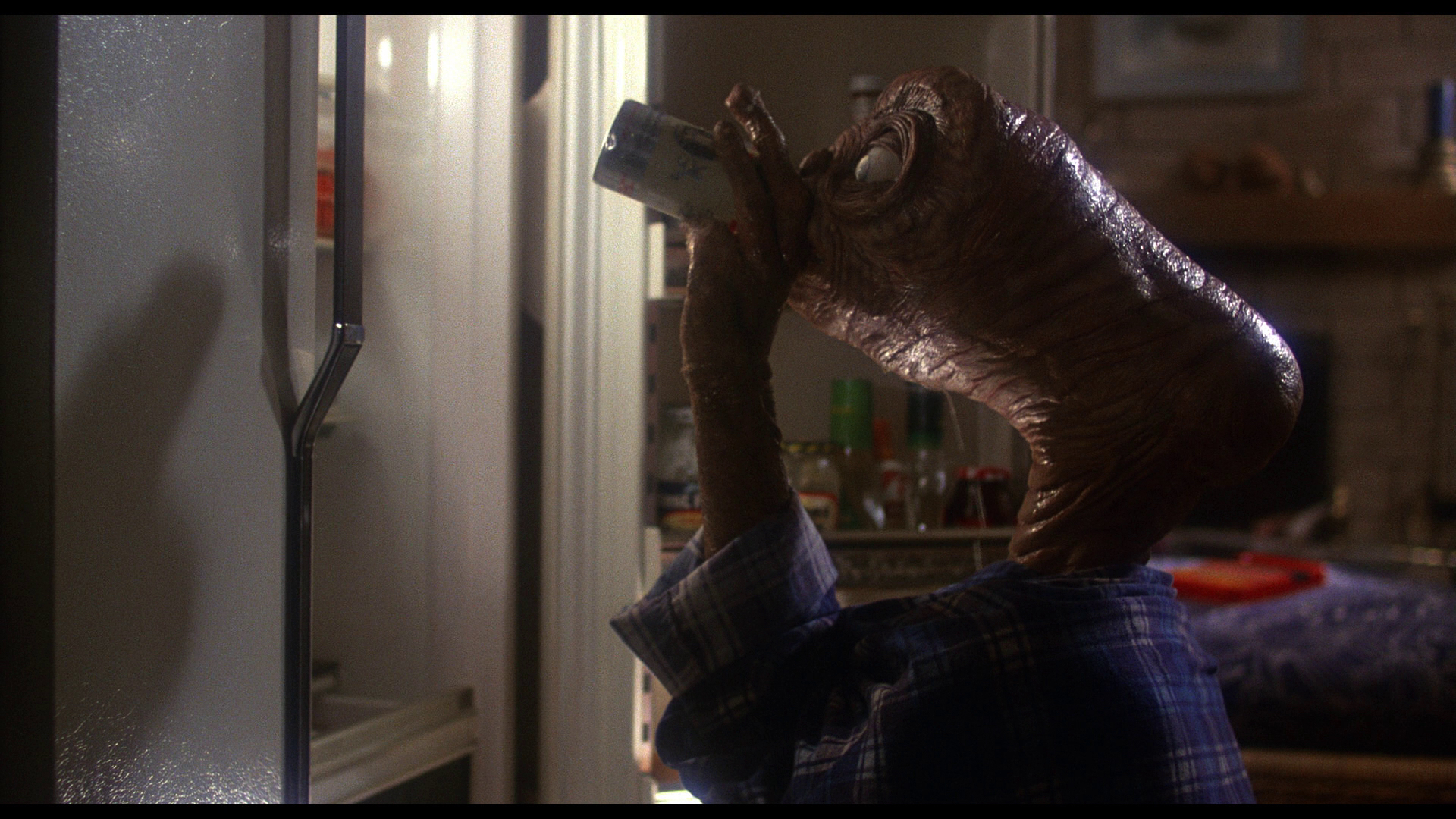 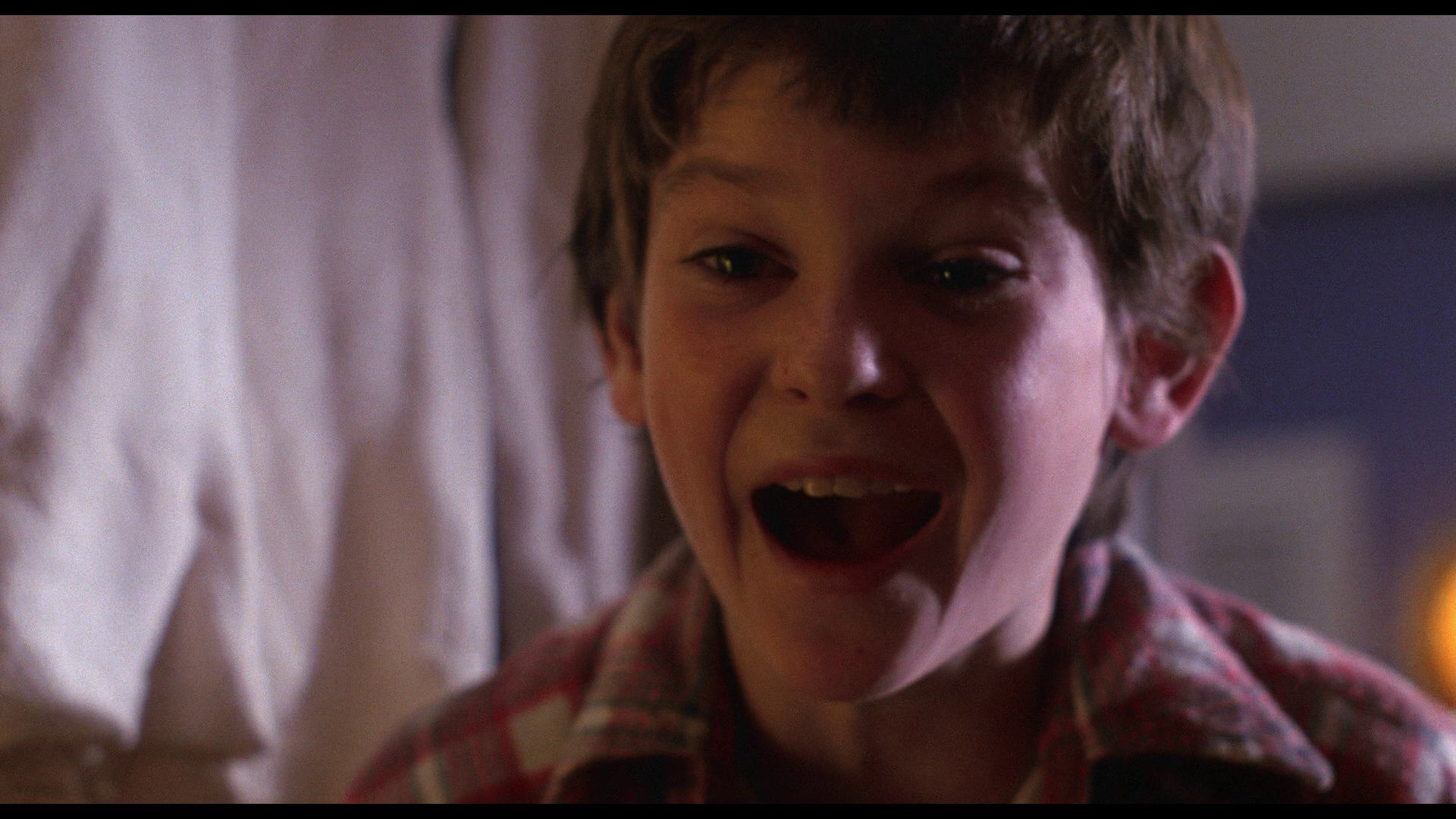 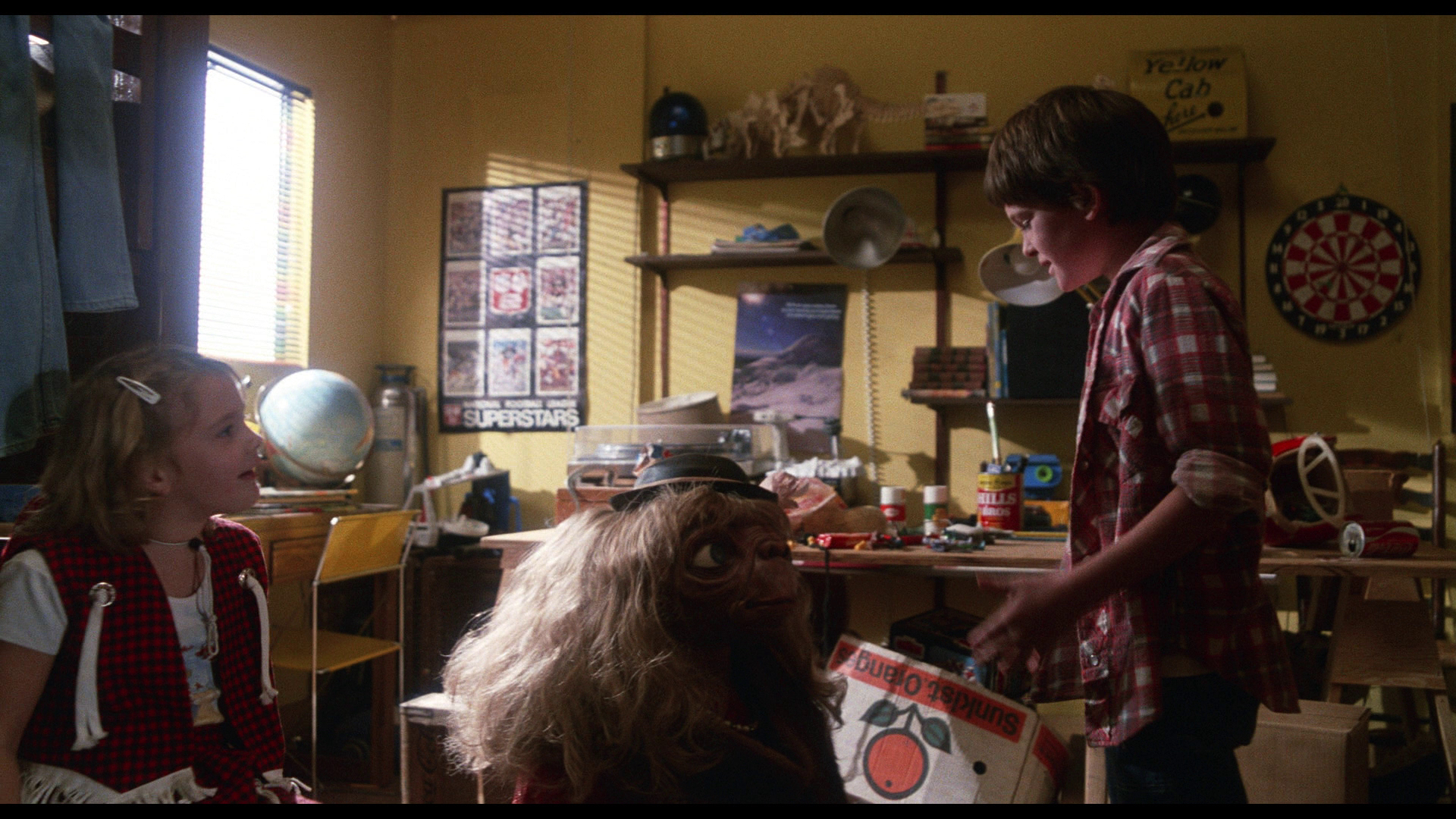 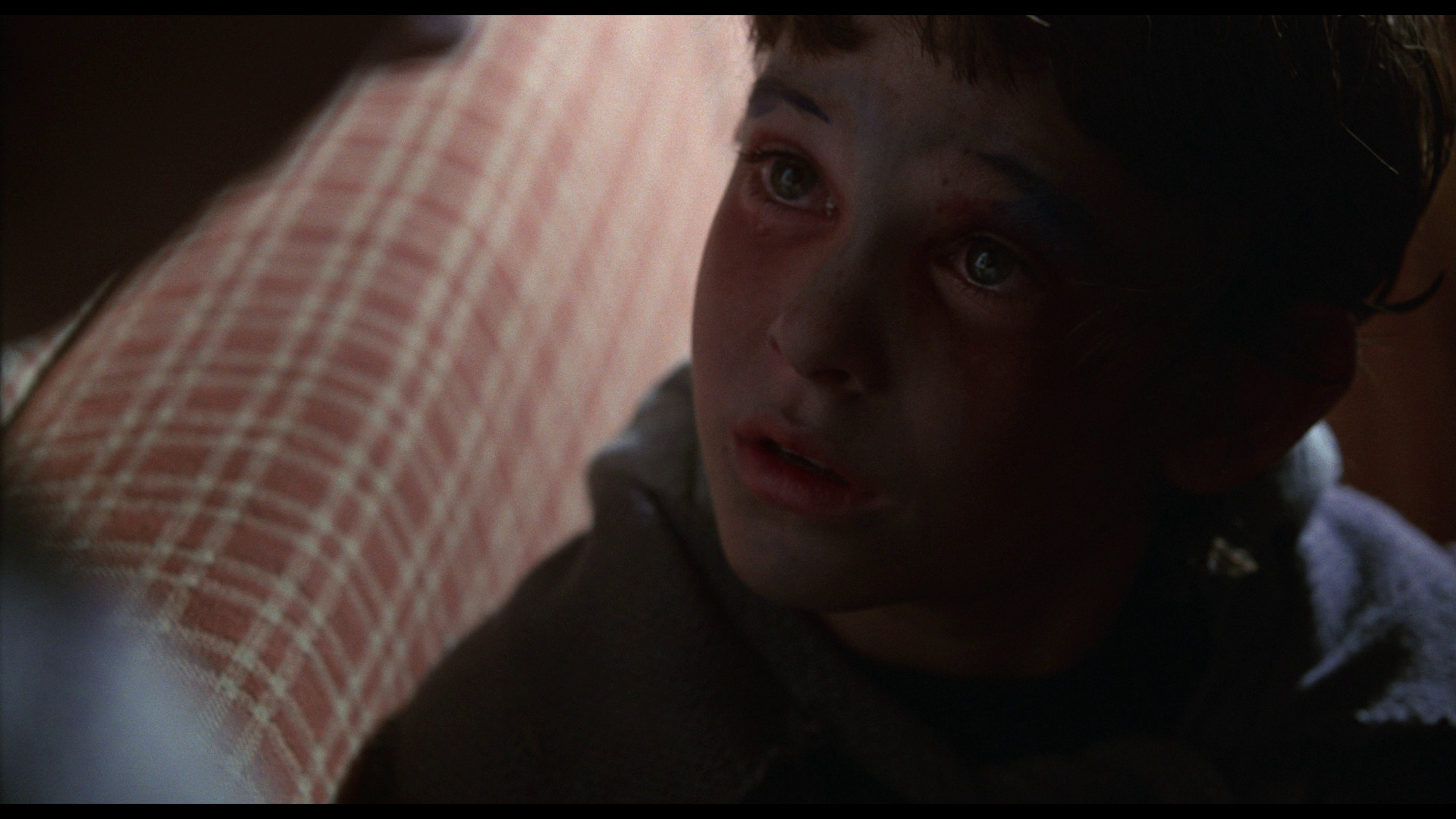 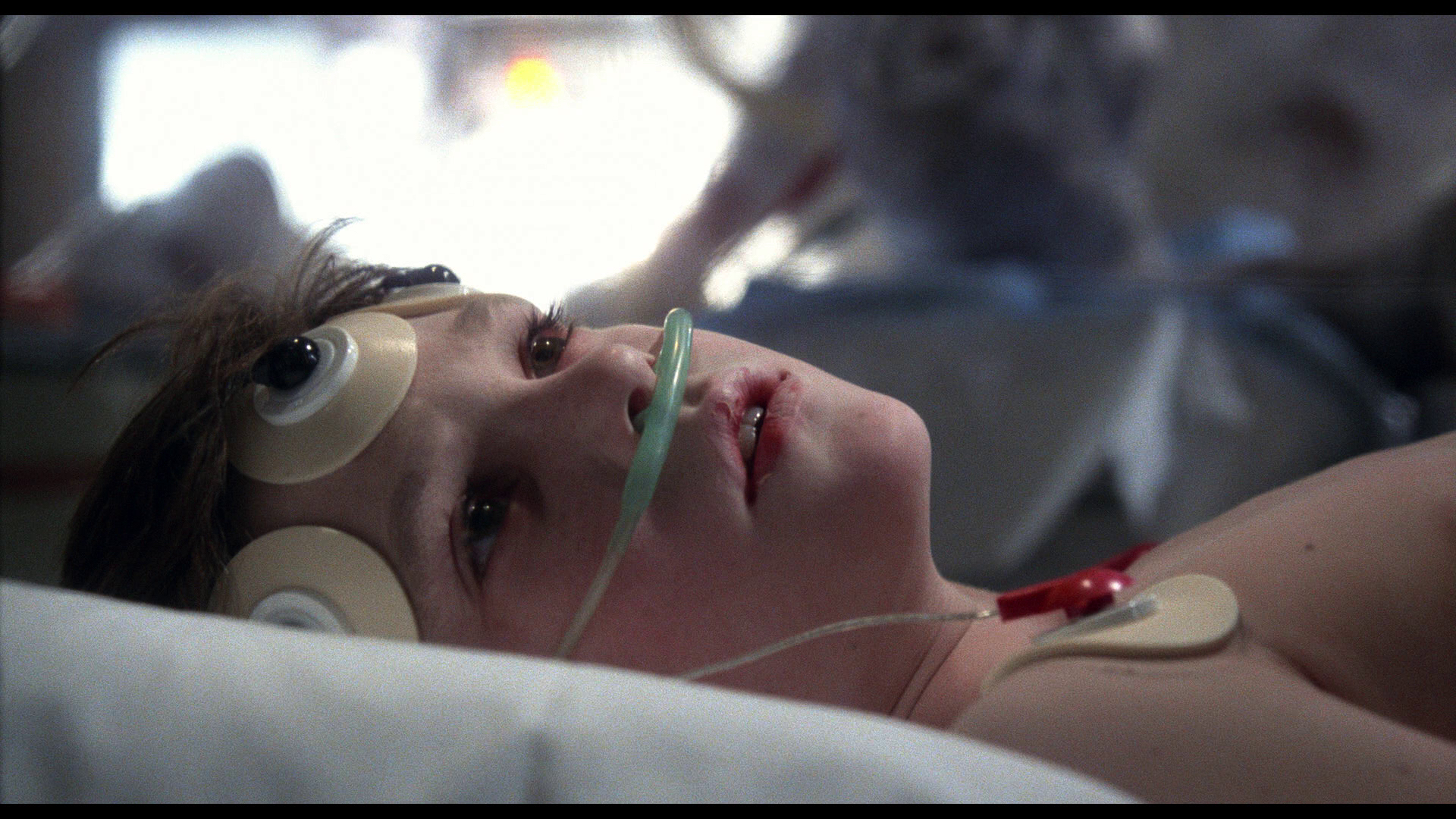 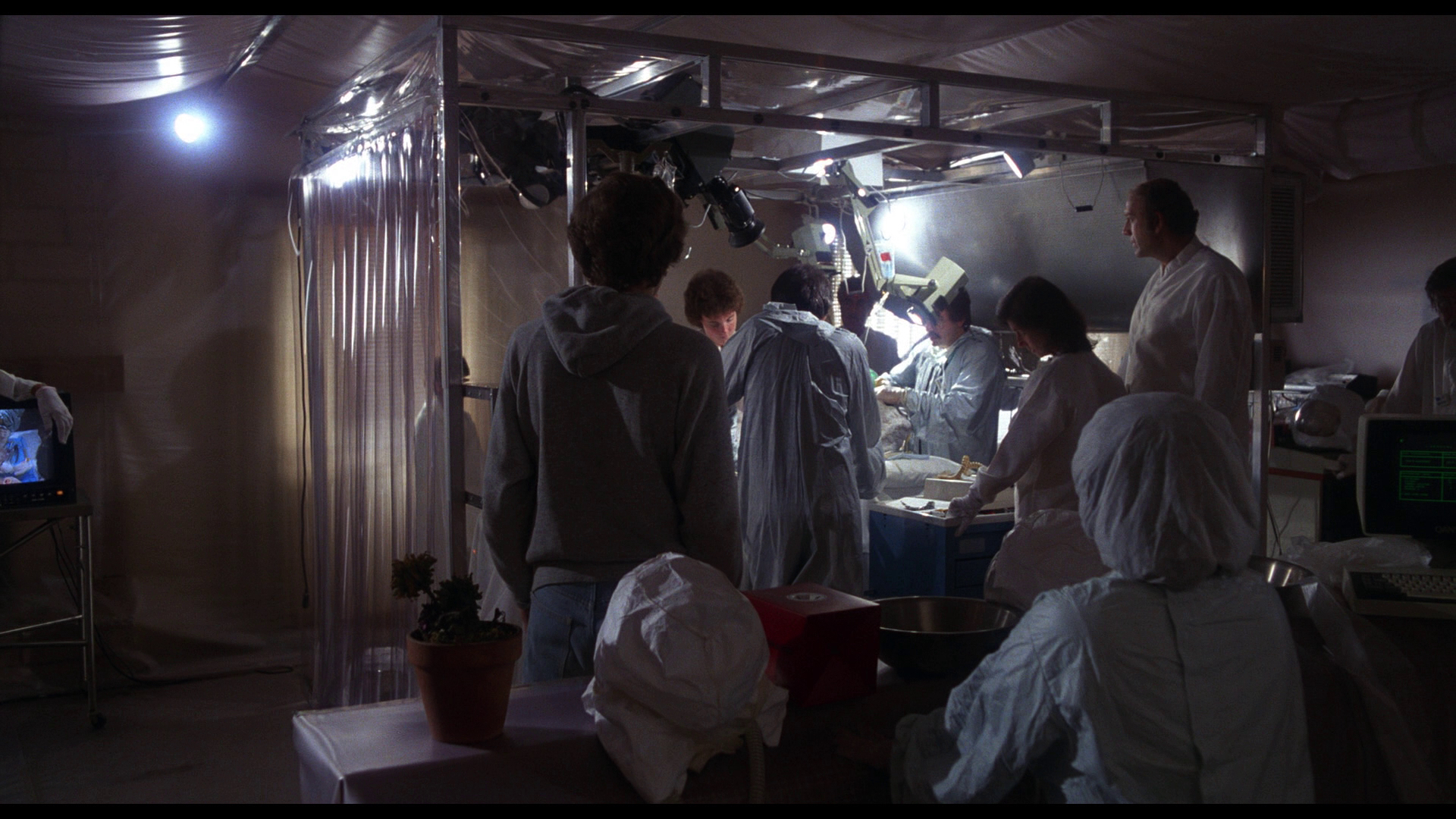 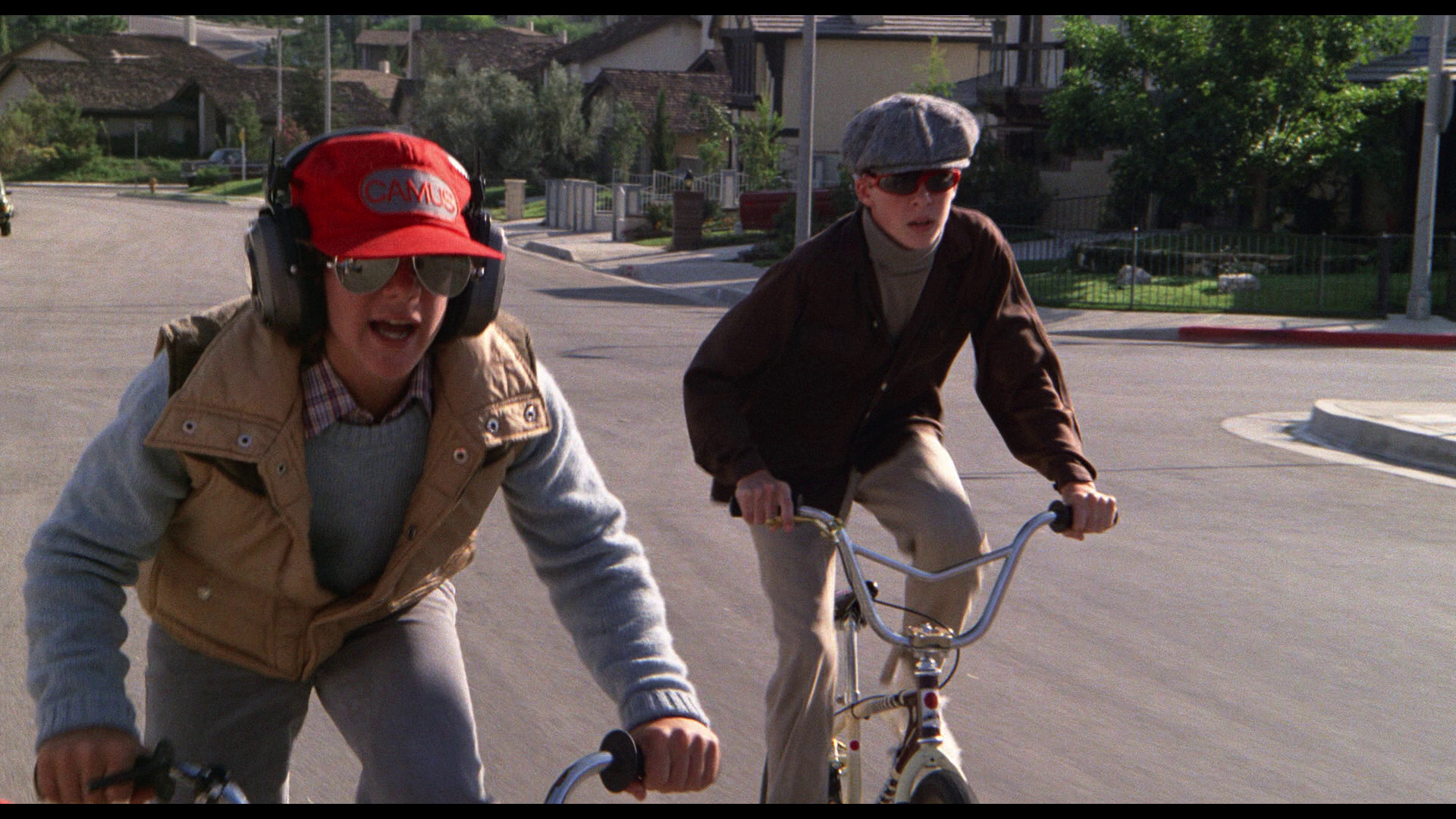