It is hard to believe Warner Brothers' Conjuring horror series has grossed over a billion dollars worldwide on a combined budget of less than $82 million. This second series spin-off and sequel to 2014's Annabelle improves on that film with a better screenplay and more scares. David F. Sandberg, fresh off the studio's surprisingly good Lights Out, directs, and James Wan again produces. Set a decade or so before Annabelle, which refreshingly unspooled during the 1960s, Annabelle: Creation sees Samuel (Anthony LaPaglia) and Esther Mullins (Miranda Otto) lose their seven-year-old daughter, Annabelle (Samara Lee), in a freak accident. A malevolent entity plays on the couple's grief, and manages to enter a conduit, an intricately made doll, to terrorize the family. Some years later, the doll is safely locked in a safe room and the couple allows Sister Charlotte (Stephanie Sigman) and six young girls to live at the home after their orphanage closes. Of course children meddle, and before long, the Annabelle doll and corresponding demon are freed from their prison.

The original film did not leave much of an impression when I watched it in 2014. I recently re-visited that movie and found it well acted but surprisingly short on scares. Annabelle: Creation builds on that film's backstory, and, while this is an origin story of sorts, the audience already knows the doll is bad news. Janice (Talitha Bateman), a young girl crippled by polio, first awakens the entity, which then begins targeting the other girls. Lulu Wilson's Linda becomes our heroine, as she is the first to understand something spooky is afoot. Esther Mullins, scarred from her own encounter with the demon, warns of the imminent danger upon its release, but Sister Charlotte is skeptical and knows she and the girls have nowhere else to go. Long nights in the dark house are filled with subtle spooks and demonic activity, and Janice, especially, sees the true terror of Annabelle firsthand. The filmmakers behind this and other Conjuring films continue to do a nice job creating a mythology for the series. The Nun from The Conjuring 2, and an upcoming spin-off, makes a creepy cameo here, and one wishes Ed and Lorraine Warren would nip this demonic troublemaker in the bud. Sandberg and screenwriter Gary Dauberman make a strong case for this spin-off to exist, and avoid falling into a pattern of generic scares and cheap thrills. Instead they spook with subtle surprises and a heightened legacy for Annabelle. Particularly impressive are the edits Sandberg made to heighten certain scares; several of which are explained in the Blu-ray's making-of documentary. As a lifelong horror fan, I can appreciate talented directors crafting unique movies instead of phoning it in for quick opening-weekend cash. Sandberg wanted to make a solid movie that can stand alone from its brethren, and he succeeded.

The child actresses are particularly impressive here, particularly Wilson. Her wide-eyed fear and inquisitive exploring grip the viewer. I also liked Bateman, whose character is less kind and accepting than Linda. She also plays a creepy demon child when the time comes, and the entity piloting Annabelle is not afraid of creating collateral damage. There are enough intense jolts to warrant an R-rating, but Annabelle: Creation never dives into gore for gore's sake. It instead provides largely psychological thrills and leaves the nasty stuff off-screen. At 110 minutes, Creation is a tad long, and it does take awhile for the demon to start haunting the girls. Otherwise, I very much enjoyed this newest outing and look forward to further series entries. Stylishly shot and competently directed and acted, Annabelle: Creation improves upon its predecessor. 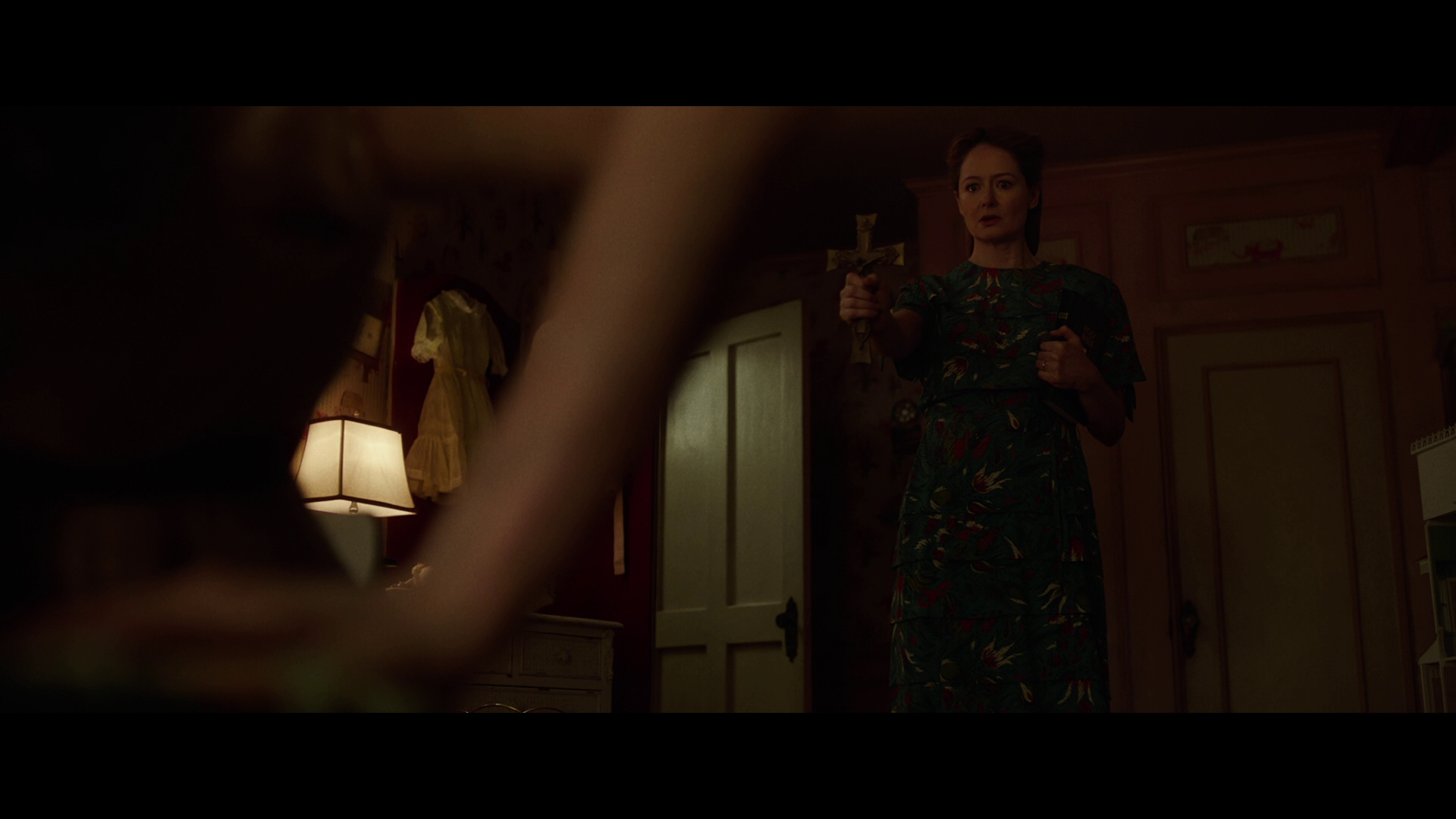 Warner Brothers provides a nice 2.40:1/1080p/AVC-encoded transfer. Shot in period-appropriate neutral colors, Creation is handsomely lensed, with cinematography by Maxime Alexandre. Shadows are almost omnipresent in the film, and the filmmakers expertly show the viewer exactly what they intend to and nothing more. The transfer never falters with this, and shadow detail, when allowed, is impressive. Blacks are inky, skin tones are natural, and colors are nicely saturated. Fine-object detail, like facial features and the creepy details on the Annabelle doll, is abundant, as is texture in fabrics and in the indoor sets. Aside from minor banding, I noticed no real flaws.

Although Warner skips a 4K Ultra HD release at this time, the Blu-ray does rock a bitchin' Dolby Atmos mix, which I sampled as a 7.1 Dolby TrueHD track. The mix is incredibly atmospheric, and provides plenty of creepy sound pans and LFE jolts. Dialogue is crystal clear, and demonic happenings pan through the surrounds. Atmospheric and action effects are largely impressive, and the musical soundtrack is layered appropriately. French, Spanish and Portuguese 5.1 Dolby Digital dubs are included, as are English, French, Spanish and Portuguese subtitles.

This two-disc set includes the Blu-ray, a DVD and UltraViolet HD digital copy. The discs are packed into an eco-case that is wrapped in a nifty slipcover. The Audio Commentary by Director David F. Sandberg is strong. The director is an interesting host, and he provides abundant detail about the production. Next up is a Deleted Scenes Featurette (12:04/HD). Excised material is my favorite bonus feature, and this is presently uniquely. I enjoyed hearing the director's remarks about why certain bits hit the cutting-room floor. Directing Annabelle: Creation (42:21/HD) is an above-average making-of structured as a filmmaking lesson from the director. Packed with behind-the-scenes footage, this is a must-watch for film fans. Things wrap up with The Conjuring Universe (4:51/HD), Horror Shorts: Attic Panic (3:10/HD) and Horror Shorts: Coffer (3:09/HD). A worthy entry in the Conjuring universe and an improvement upon Annabelle, this sequel offers an increased mythology for the Annabelle doll and its corresponding demon and is nicely directed by David F. Sandberg. Annabelle: Creation offers plenty of spooks and a good story. The Blu-ray is technically impressive and offers good bonus content. Highly Recommended. 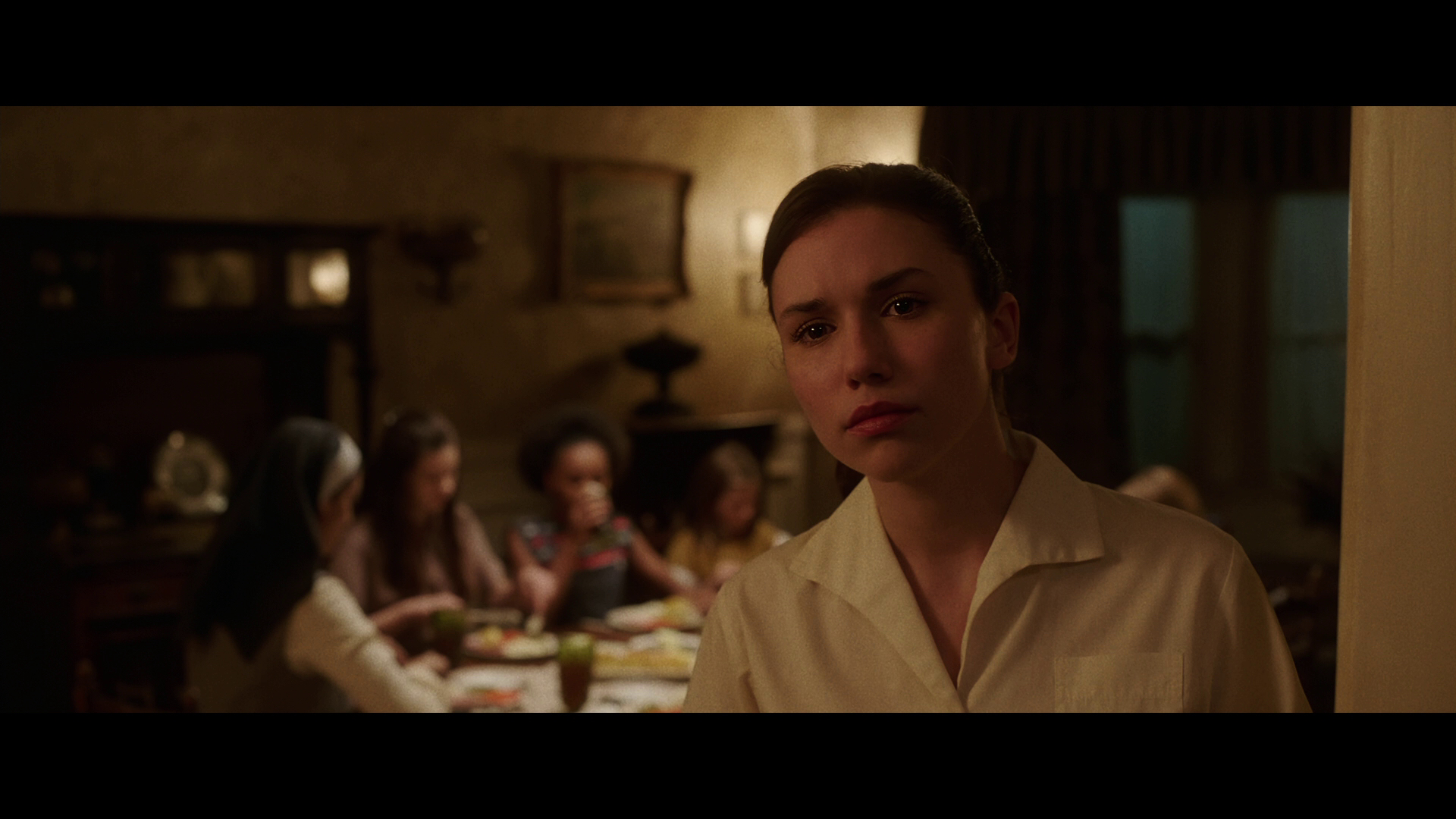 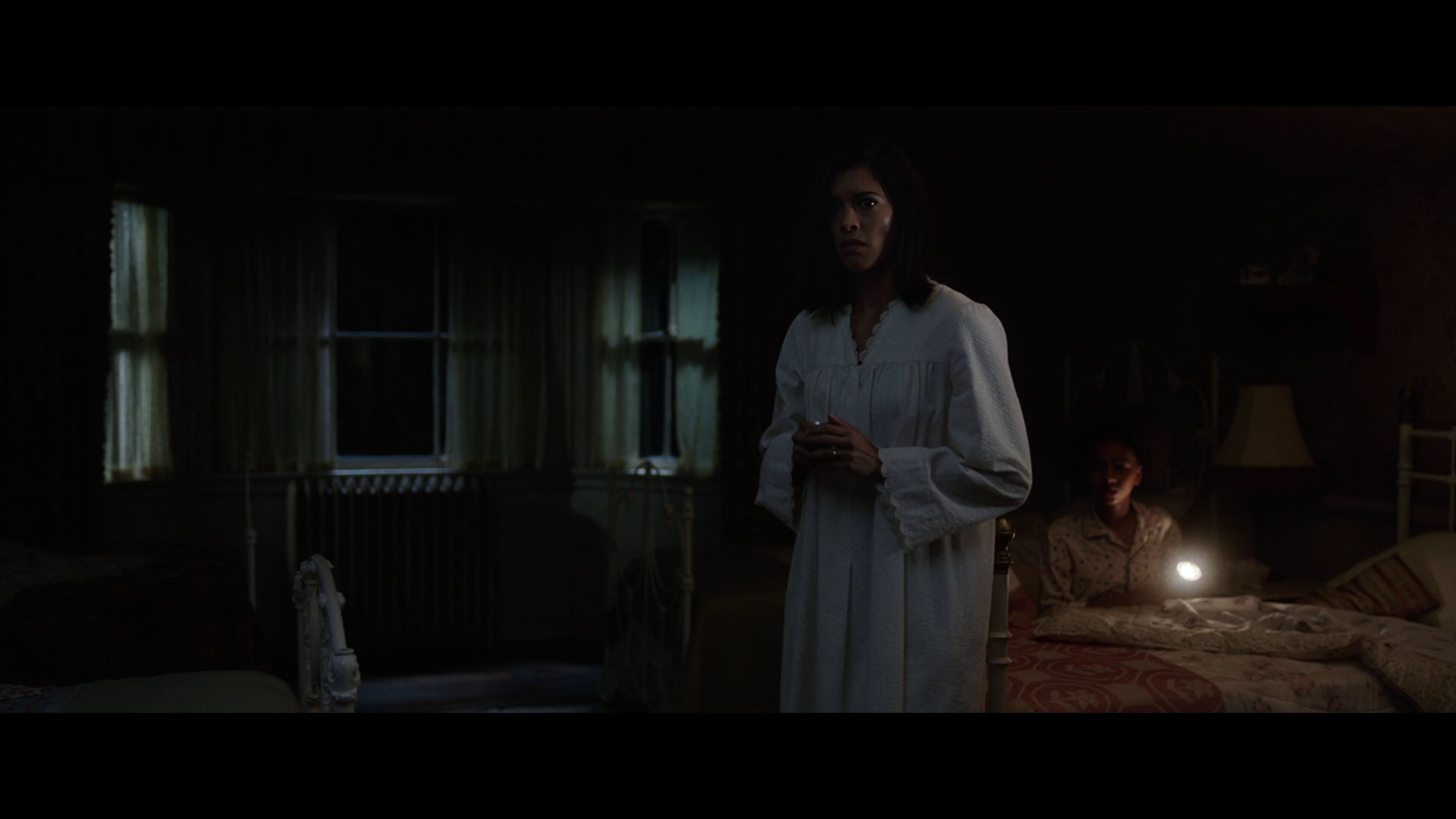