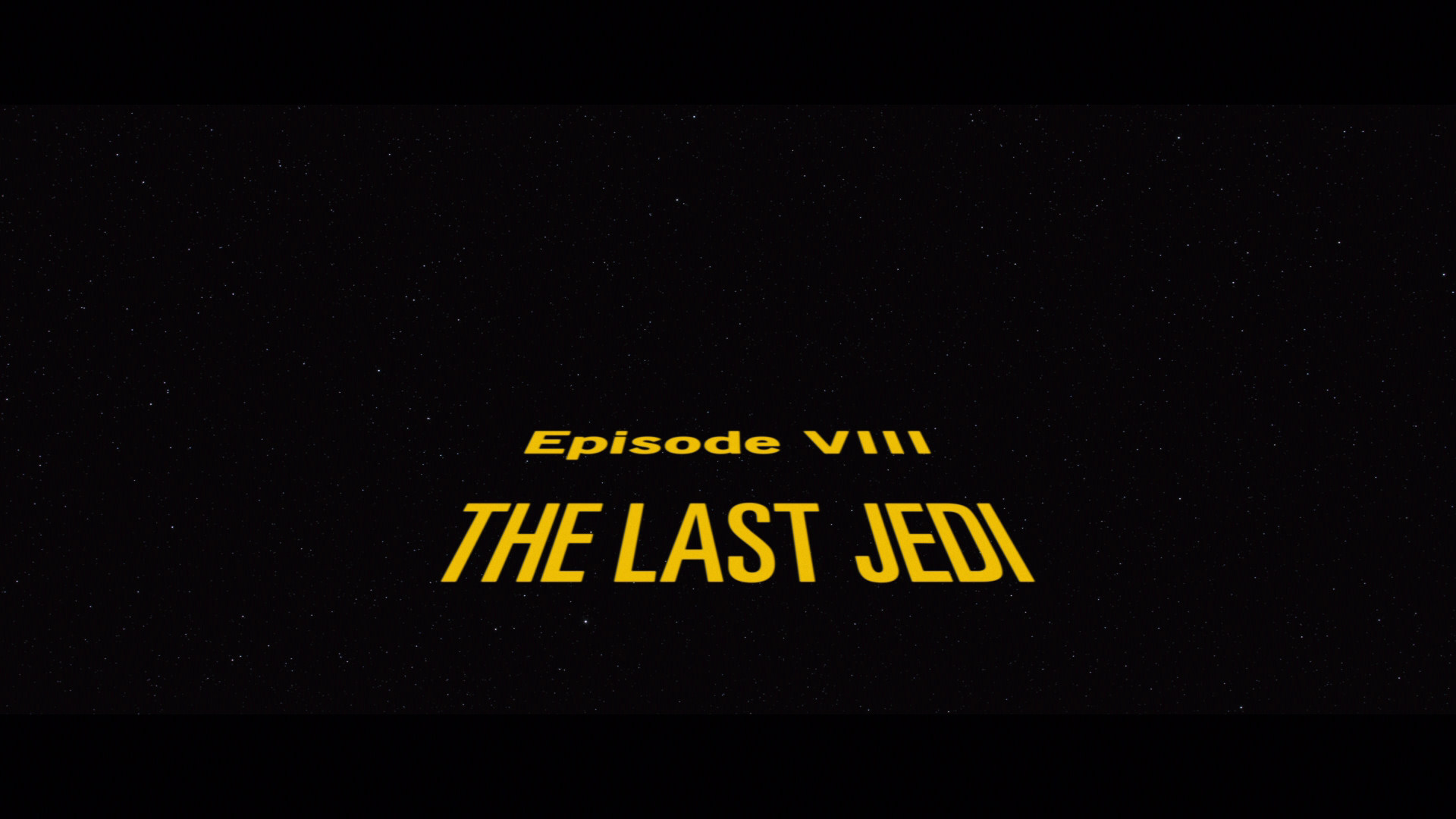 Click an image to view Blu-ray screenshot with 1080p resolution. Screenshots taken from Blu-ray and do not represent quality of 4K presentation.

Middle films in a trilogy are often problematic. Star Wars: The Last Jedi is an entertaining film with expected "middle film" problems, but not for the reasons you might be expecting. No, Director Rian Johnson may actually be going in too many directions; offering too much new mythology and world building. But I'll take this uneven, jam-packed actioner over a space-filler middle film any day of the week. The follow up to J. J. Abrams' The Force Awakens, The Last Jedi is technically Episode VIII for those keeping score. Johnson's film opens in battle, as Resistance Forces, under the command of General Leia Organa (Carrie Fisher), flee a trailing First Order. Poe Dameron (Oscar Isaac) and Finn (John Boyega) work to stop the First Order from tracking Resistance ships in hyperspace, and Rey (Daisy Ridley) seeks out the last Jedi, Luke Skywalker (Mark Hamill), to battle Supreme Leader Snoke (Andy Serkis) and apprentice Kylo Ren (Adam Driver).

I am not a Star Wars disciple, and can't claim to be, so I won't opine on whether or not the gripes from franchise faithful about the character arcs and narrative here are warranted. I can say that Johnson seems to have both a passion and vast knowledge of all things Star Wars based on his demeanor and commentary in the disc's bonus features. There is a lot going on in The Last Jedi, sometimes too much, and this is the longest film in franchise history at 152 minutes. The pacing is actually quite good, and this film has some of the most intricate and beautifully shot sequences in the Star Wars canon thanks to Steve Yedlin's cinematography. Snoke's menacing red and black throne room is a striking location for combat, as is the white earth of Crait that becomes stained red in the climactic battle. 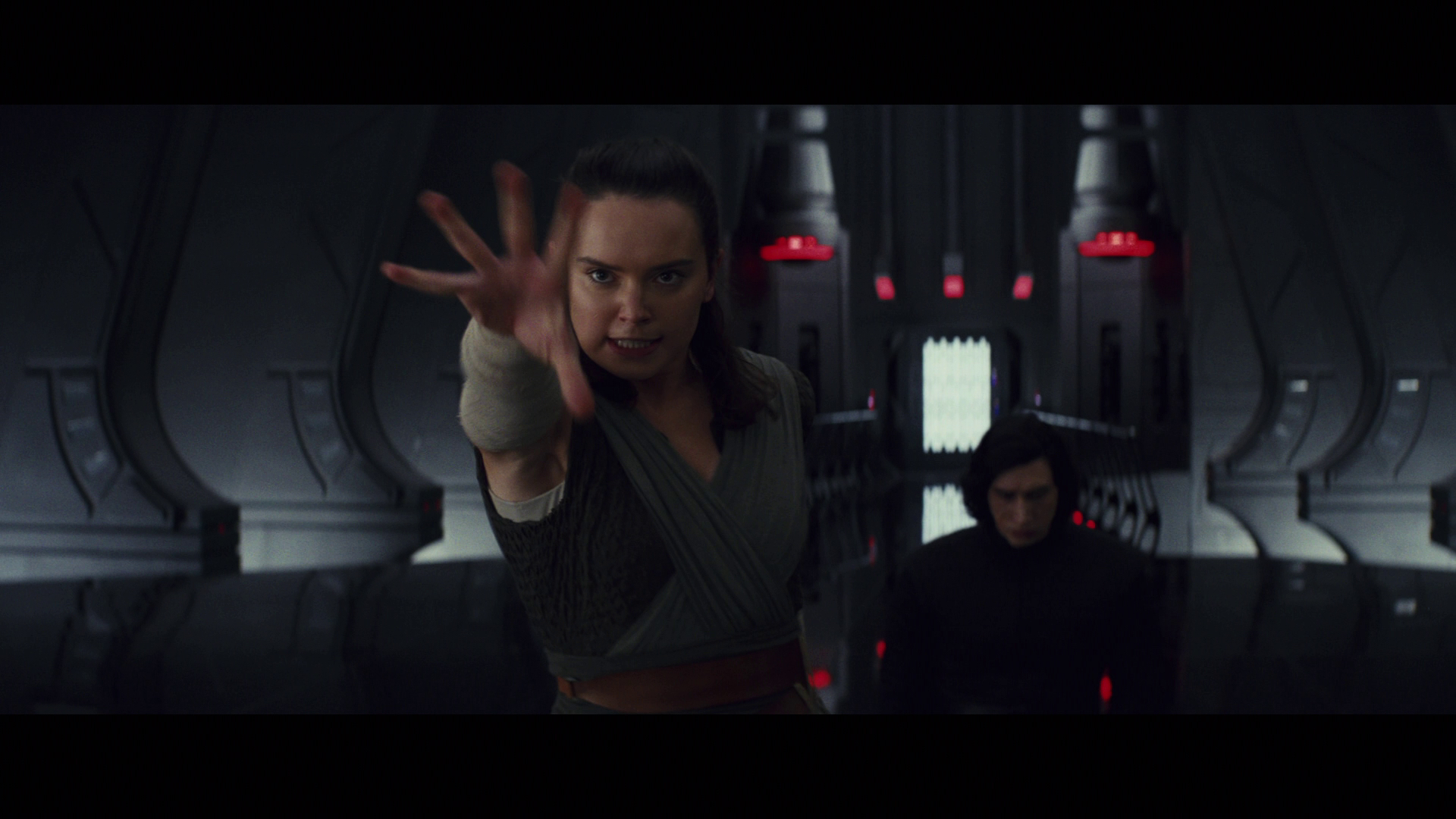 A couple of things stand out in The Last Jedi: Driver is clearly having a blast playing Kylo Ren, who struggles to reconcile his dark future with his lineage and more hopeful past. Serkis brilliantly brings the animated Snoke to life, and Snoke's manipulation of Ren, especially the creepy scenes of mind connection between Ren and Rey, is a highlight of the film. Hamill is also entertaining to watch, save the scene where he unnecessarily milks an Ahch-To creature, and provides gruff training in the ways of the Force for Rey. Other notable characters include Laura Dern's Vice Admiral Amilyn Holdo, who assists Leia in leading the Resistance and makes a number of selfless decisions, and Benicio del Toro's DJ, a codebreaker who takes Finn and Rose Tico (Kelly Marie Tran) on a wild goose chase.

My biggest criticism of The Last Jedi is that while it is stuffed to the gills with action and spectacle, very little forward progress is actually made in the overarching narrative. It is clear Johnson is weaving his own yarn here, for better or worse, and he apparently threw out a completed script to pen this version. I will not criticize him ambition, but this has been a point of contempt for Star Wars fans. A couple of things I personally did not like are Finn's "awakening" and character arc in this film, particularly the romantic relationship with Rose, who is a grating character. Finn feels less noble and more misguided, even after a strong introduction in The Force Awakens. Leia's unexpected and dramatic use of the Force earned gasps in my theater, and, while it is a cool scene, the payoff feels unearned. The film also has some tonal issues, and occasionally uses humor to its detriment, undermining serious dramatic plot points. Despite its flaws, though, The Last Jedi is a grand, entertaining science-fiction spectacle that celebrates its heritage. Imperfect but ambitious, The Last Jedi pushes series mythology forward while occasionally leaving narrative progress in neutral. 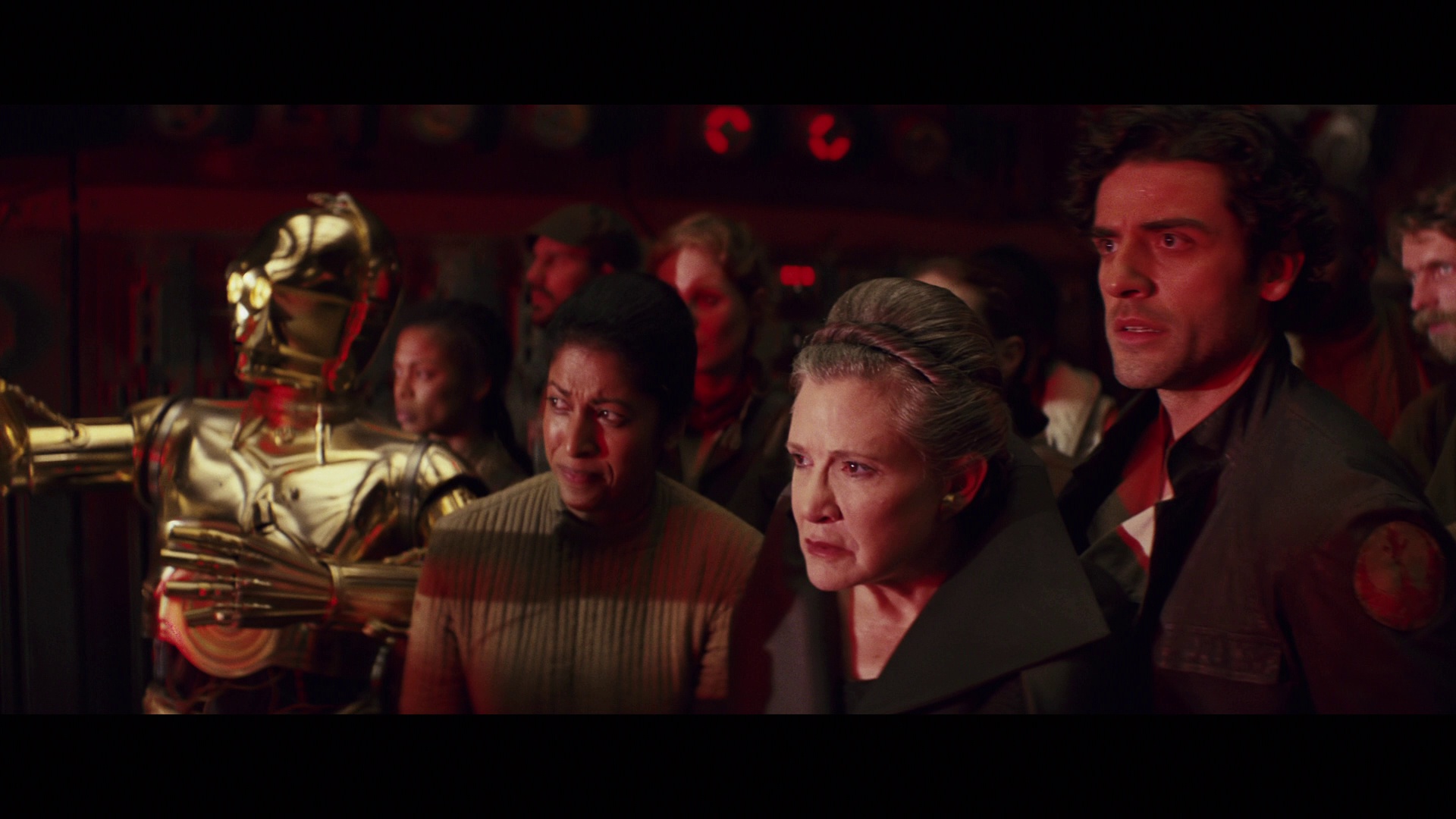 This is the first Star Wars film to be released in 4K Ultra HD, and the results are impressive. The disc offers a 2.39:1/2160p/HEVC/H.265 presentation with both HDR10 and Dolby Vision options. The film-shot production looks excellent in 4K and this disc replicates the theatrical experience. Fine-object detail is abundant throughout, from the intimate spacecraft interiors to creature fur and scales to human facial features. Colors are bold and beautifully rendered in HDR, particularly the vibrant reds of the final battle and neon hues of Canto Bight's casino nightlife. Highlights and white balance are noticeably improved from HD, and the transfer maintains wonderfully rich detail even in brightly lit outdoor scenes. Black levels are near-perfect and shadow detail is excellent. Although the Blu-ray presentation is good, the 4K is more lifelike, more vibrant and more filmic throughout.

The disc includes a Dolby Atmos soundtrack, which I sampled as a 7.1 Dolby TrueHD mix. I don't have Atmos capabilities yet, but I noticed some rumblings online that the directional action is not as impressive as expected. I cannot comment on that, but I can tell you the 7.1 Dolby TrueHD mix is excellent and totally immersive. From the opening battle, which is full of sound pans and deep LFE support, the track impresses. Dialogue is crystal clear and balanced appropriately, and range is excellent. Quiet, character-driven moments are as audible as big-ticket scenes of space battle and lightsaber combat. John Williams' score is rich and unspools around the viewer like a symphony concert. I noticed no issues with distortion or any lack of clarity whatsoever. English and Spanish 7.1 Dolby Digital Plus tracks are also included, as are English and Spanish subtitles. 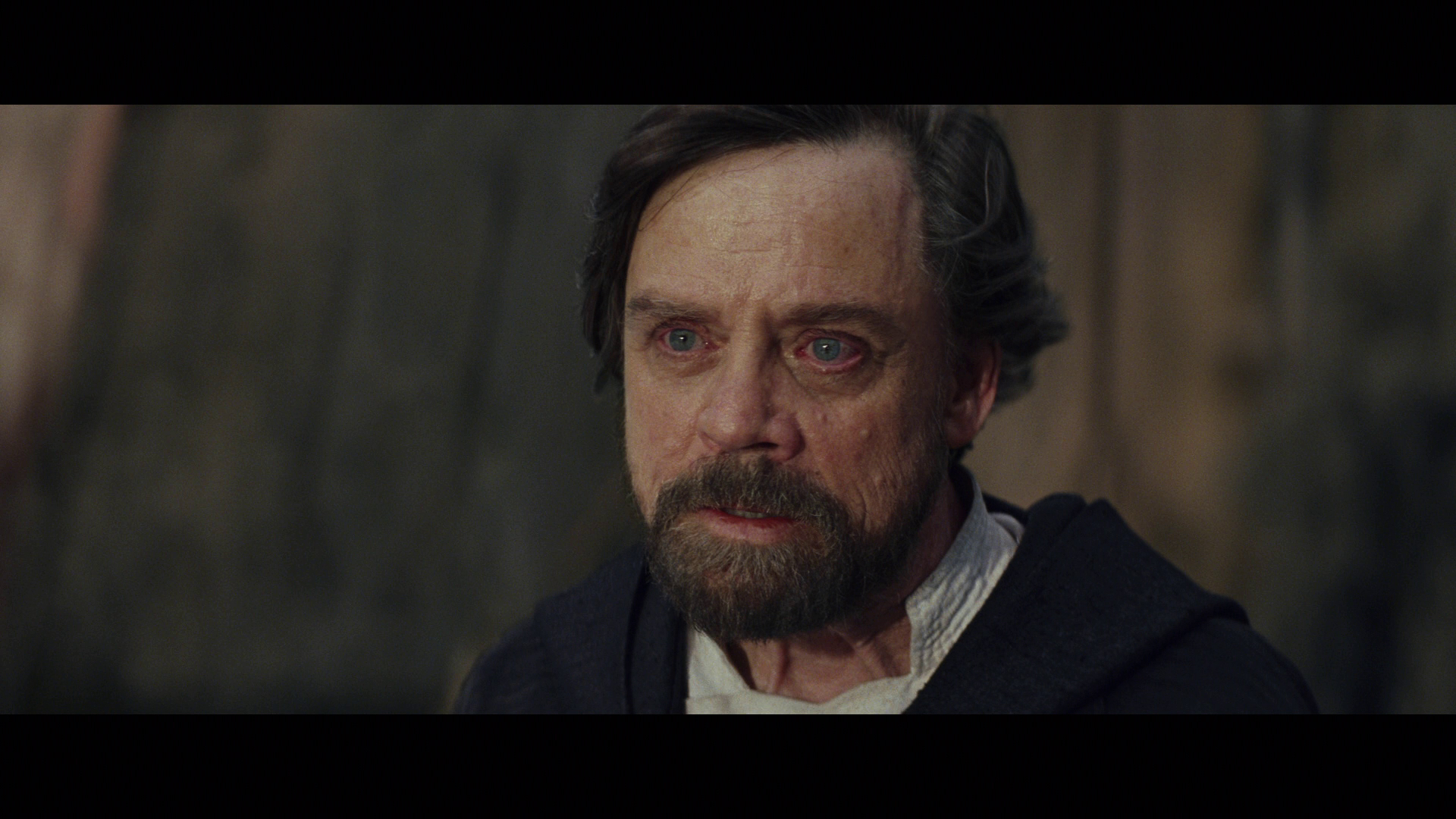 This three-disc set includes the 4K Ultra HD disc, a Blu-ray disc for the movie and a Blu-ray bonus features disc. The discs are packed in a black 4K Ultra HD case (the two Blu-rays are stacked in my copy) that is wrapped in an embossed slipcover. A "Movies Anywhere" HD digital copy is included. The set contains an assortment of quality extras, which is a real treat given some of the scant Disney discs of late;

This follow up to The Force Awakens is overstuffed with action, world-building and humor, and occasionally struggles to move its narrative forward. Nevertheless, Director/Writer Rian Johnson's ambitious The Last Jedi offers exceptional effects and a number of memorable sequences. I cannot fault Johnson's ambition, and I actually enjoyed the film quite a bit more upon a second viewing. The 4K Ultra HD package offers a native 4K presentation, Dolby Atmos and excellent supplements. Highly Recommended. 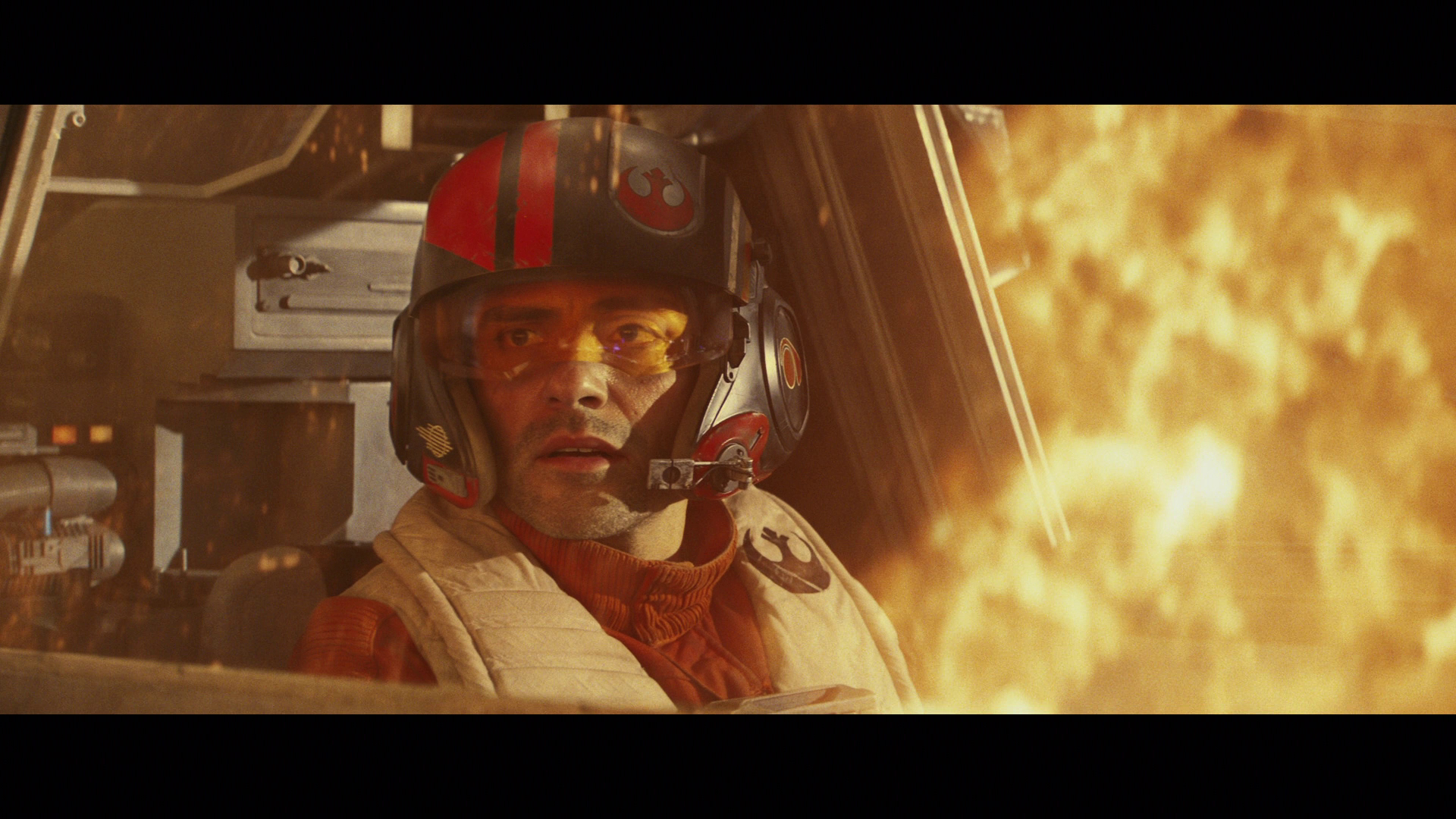 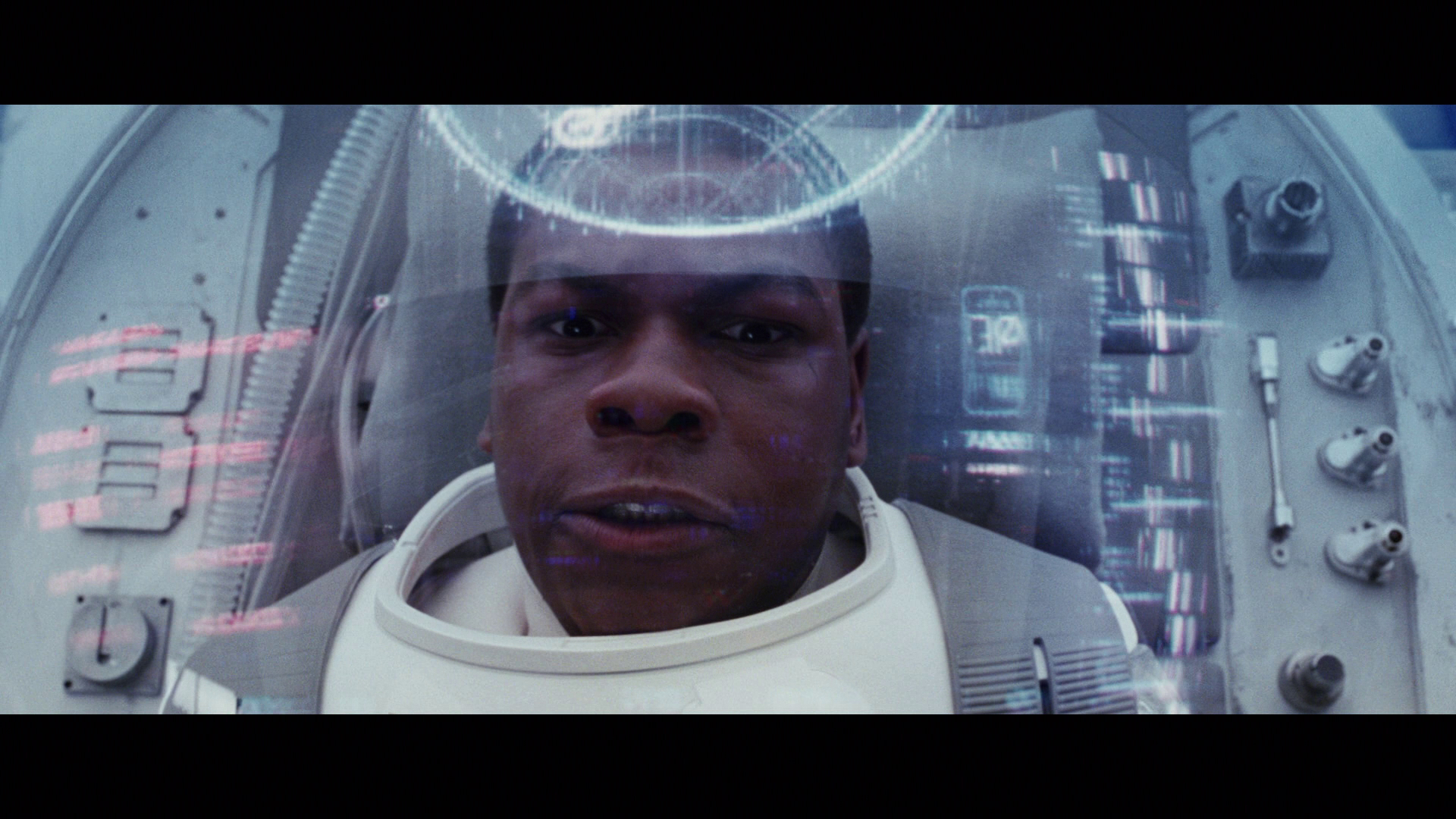 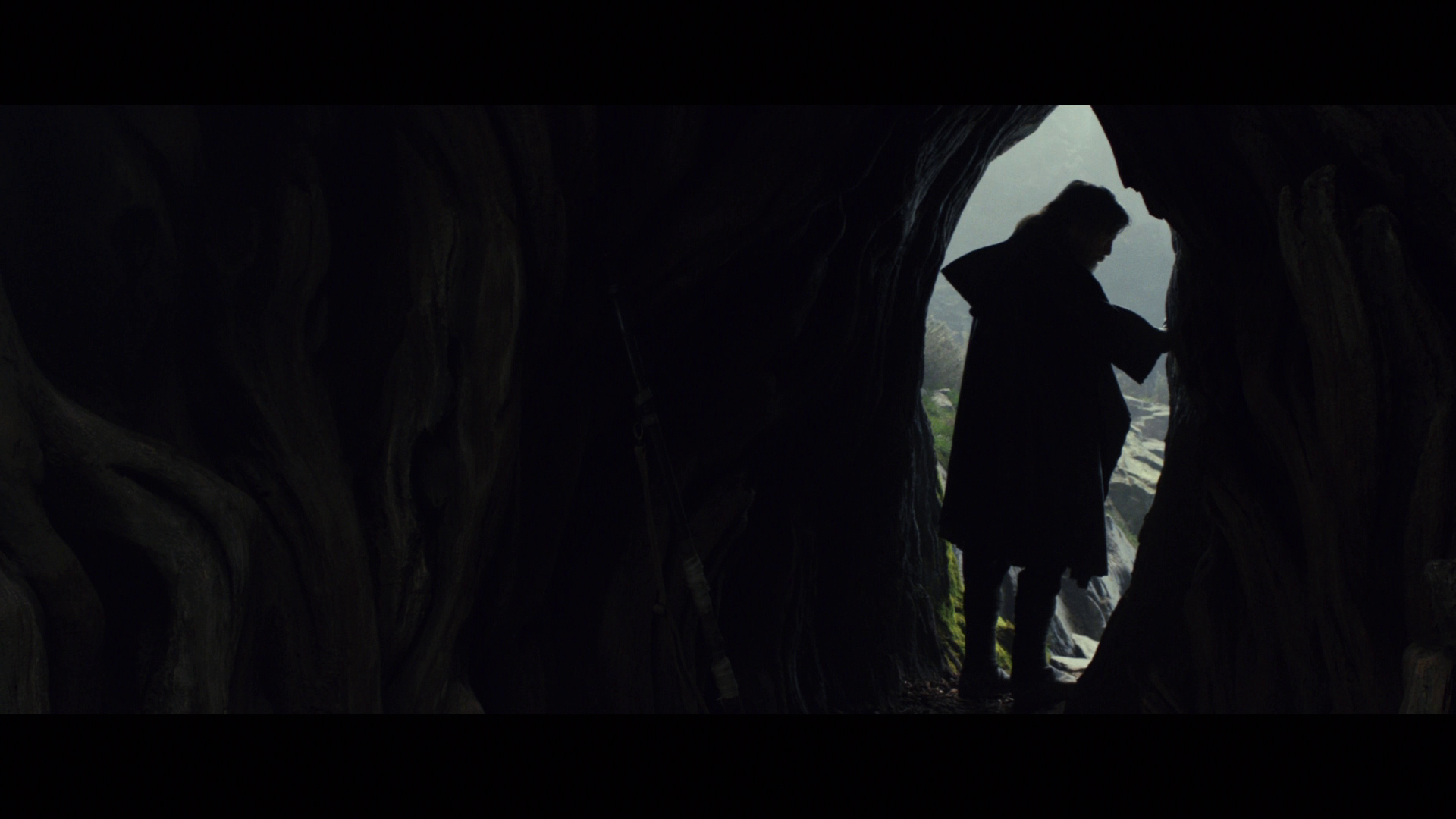 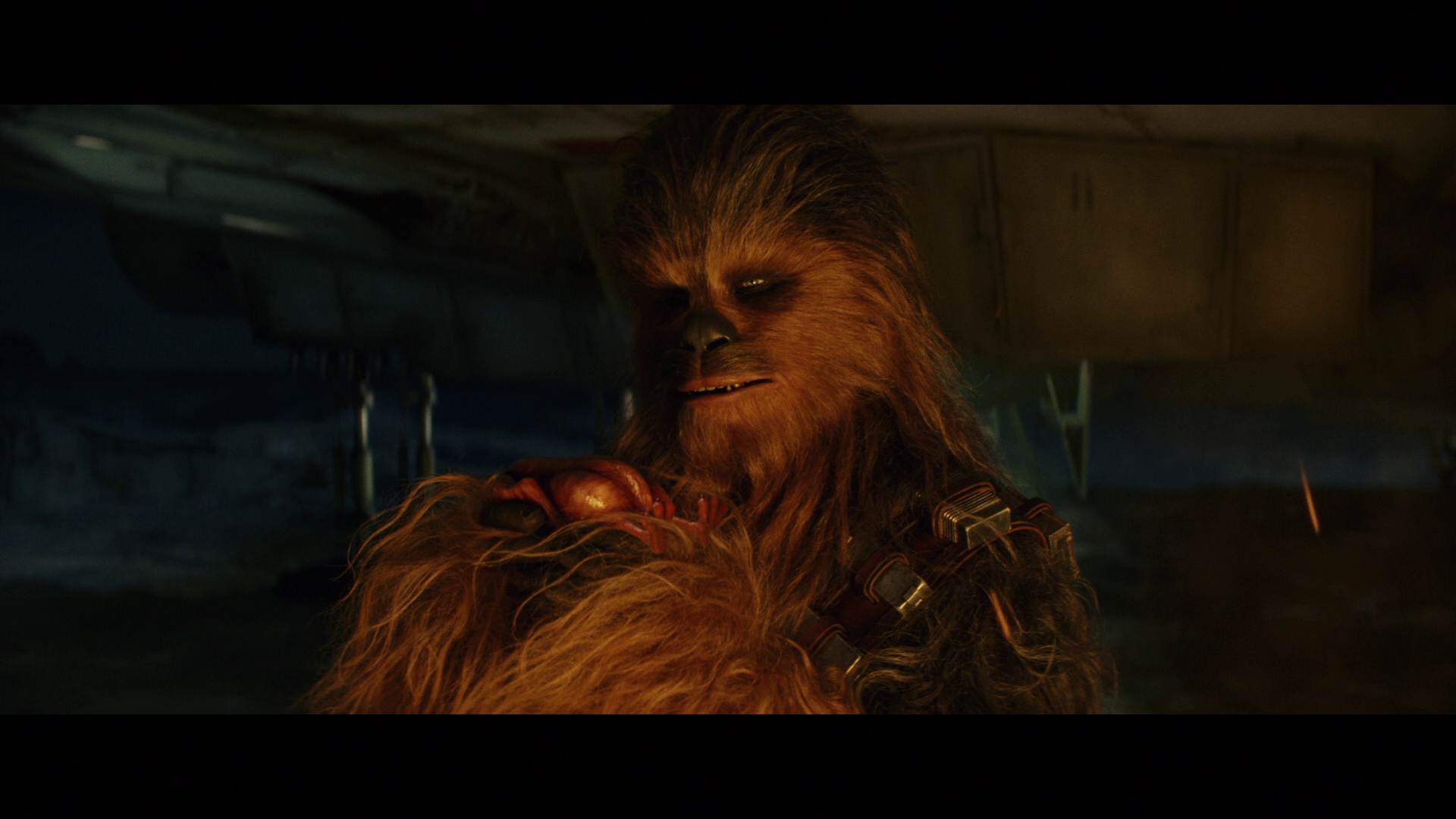 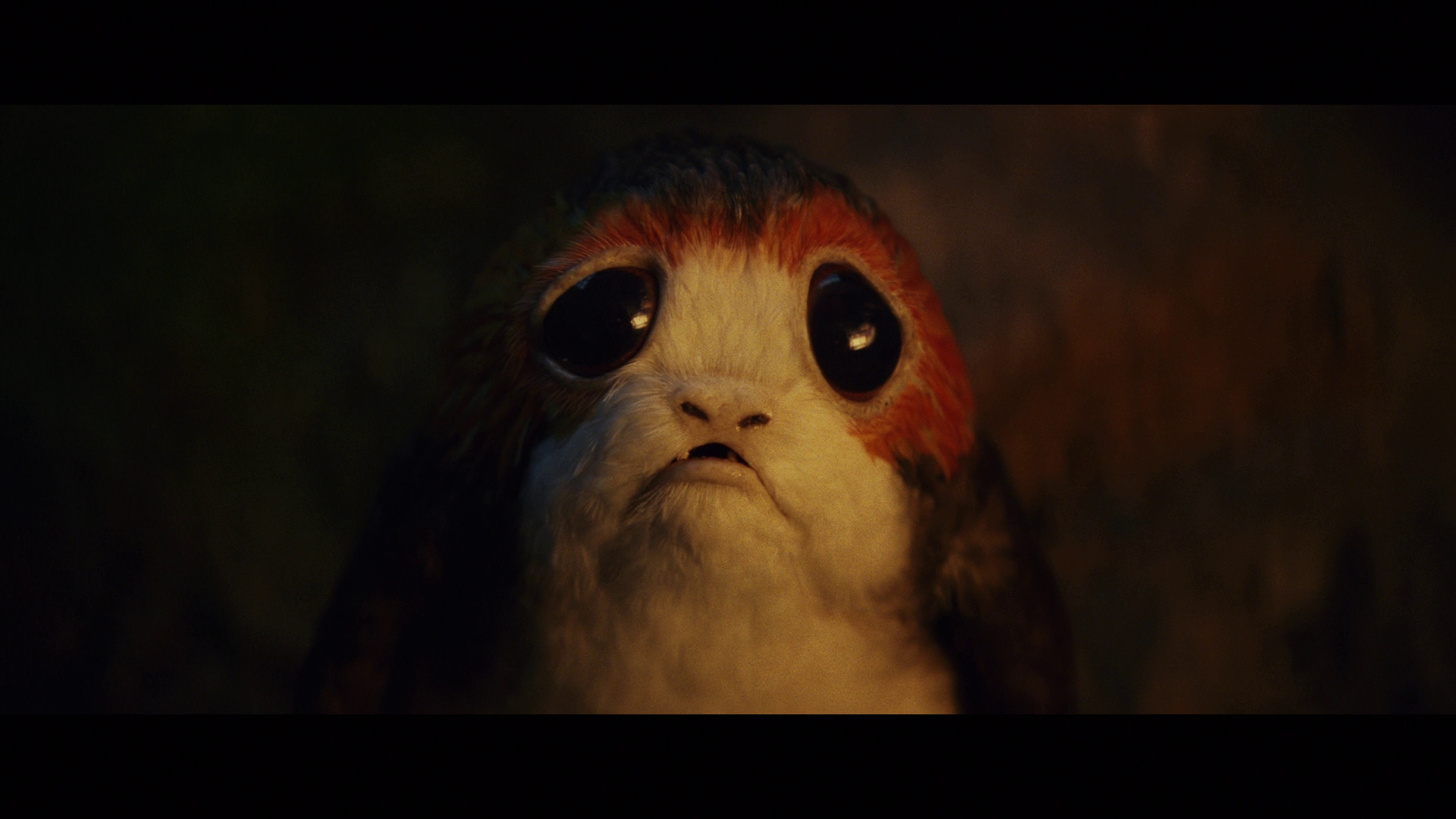 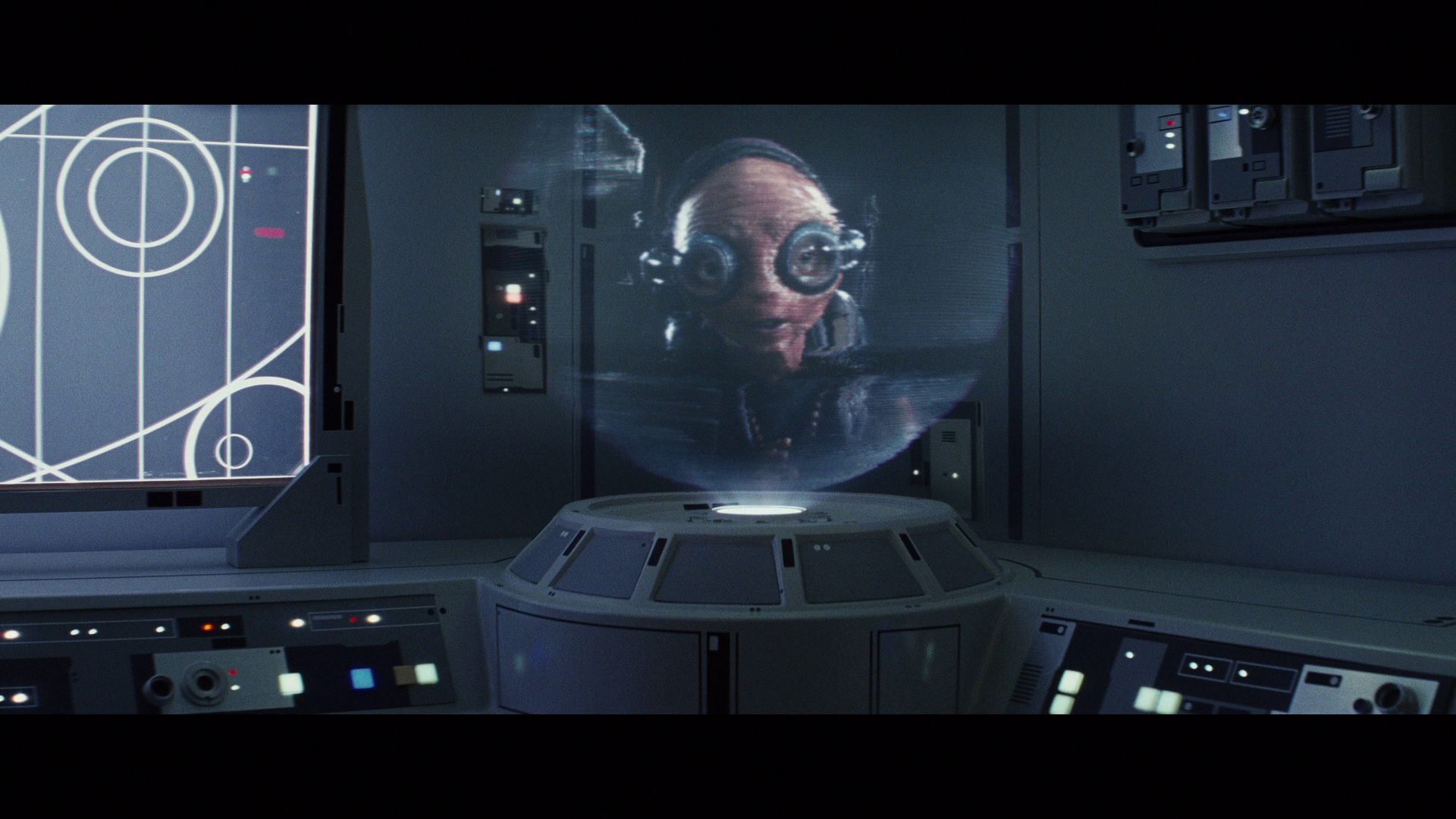 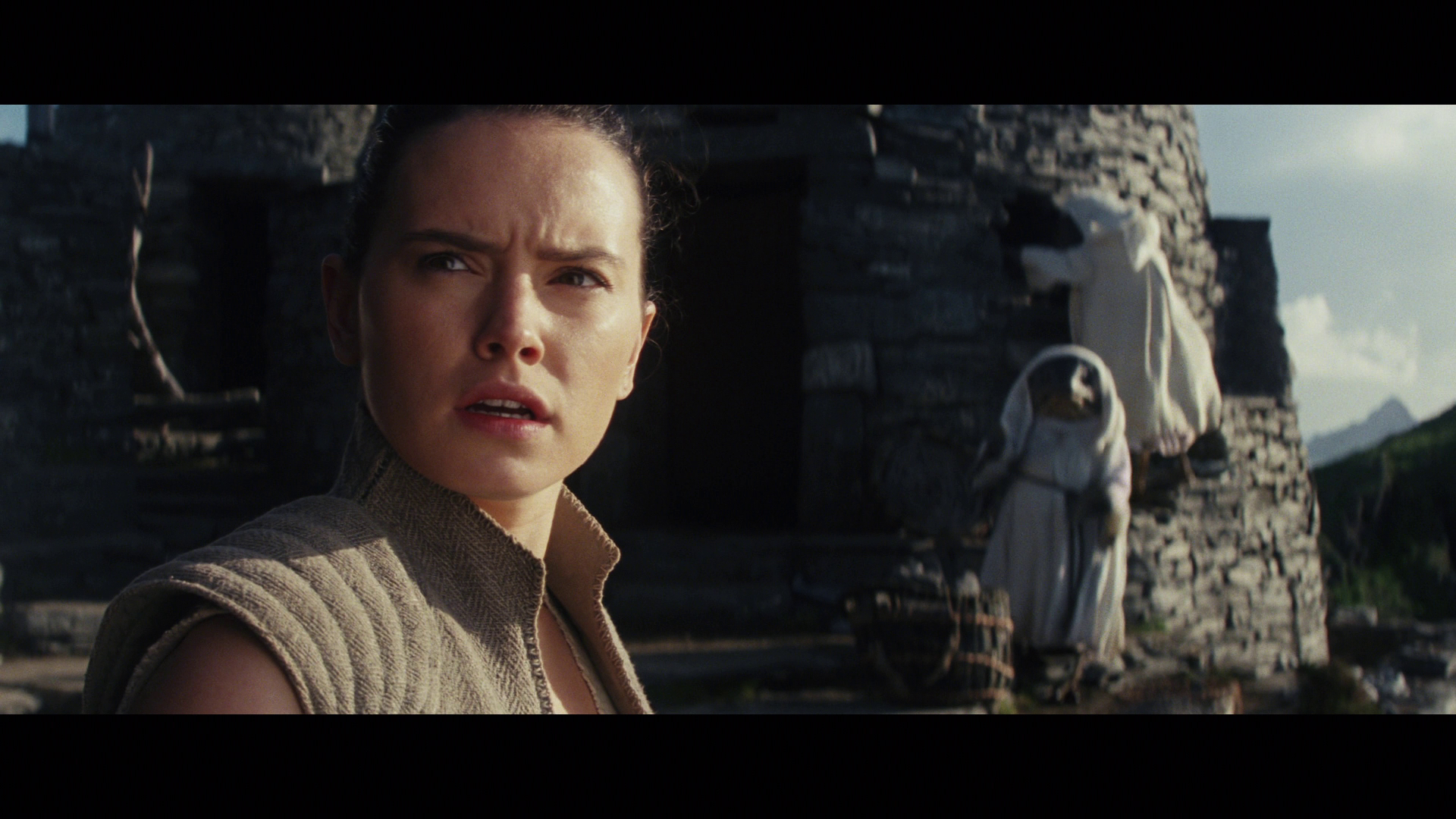 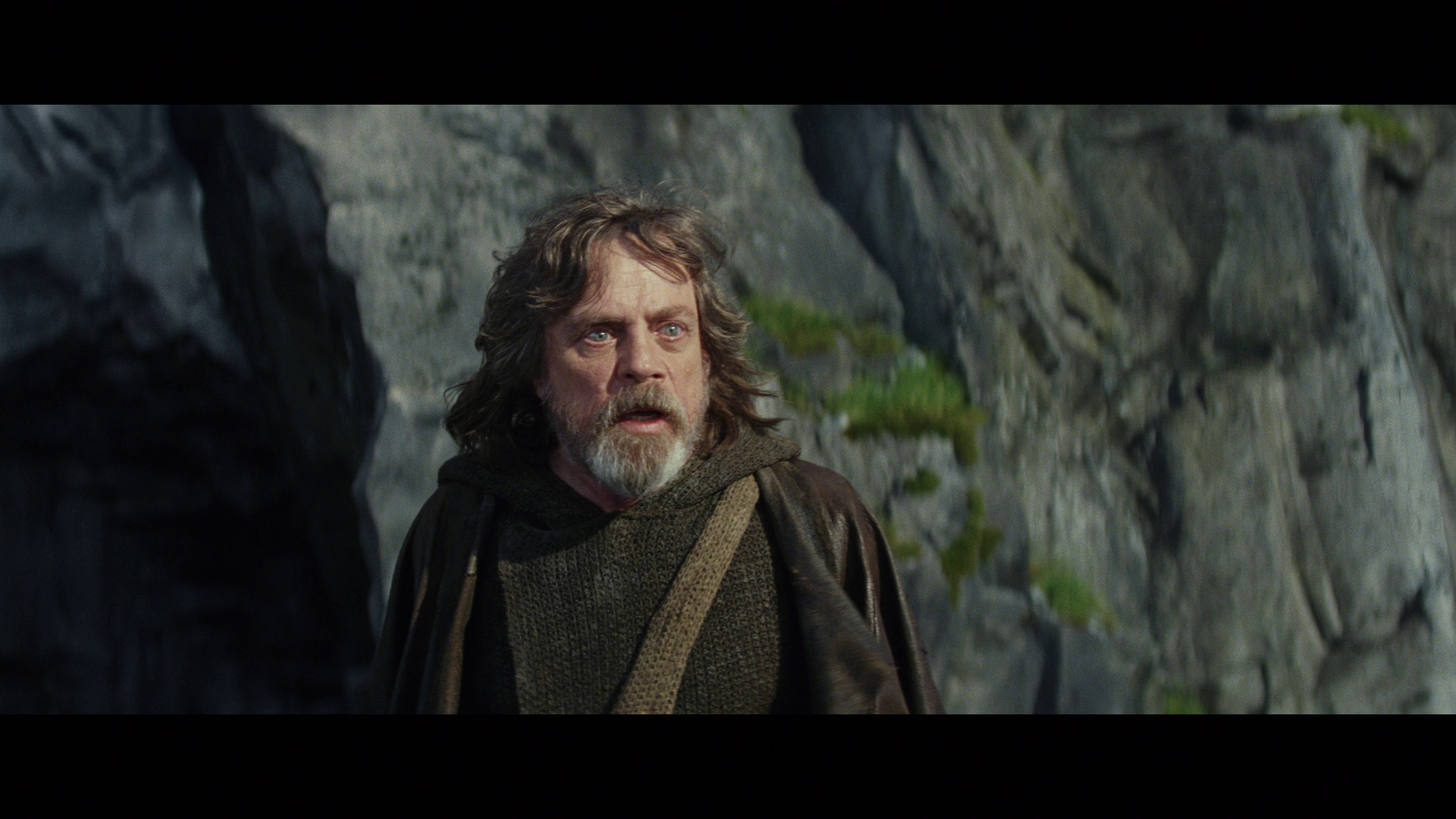 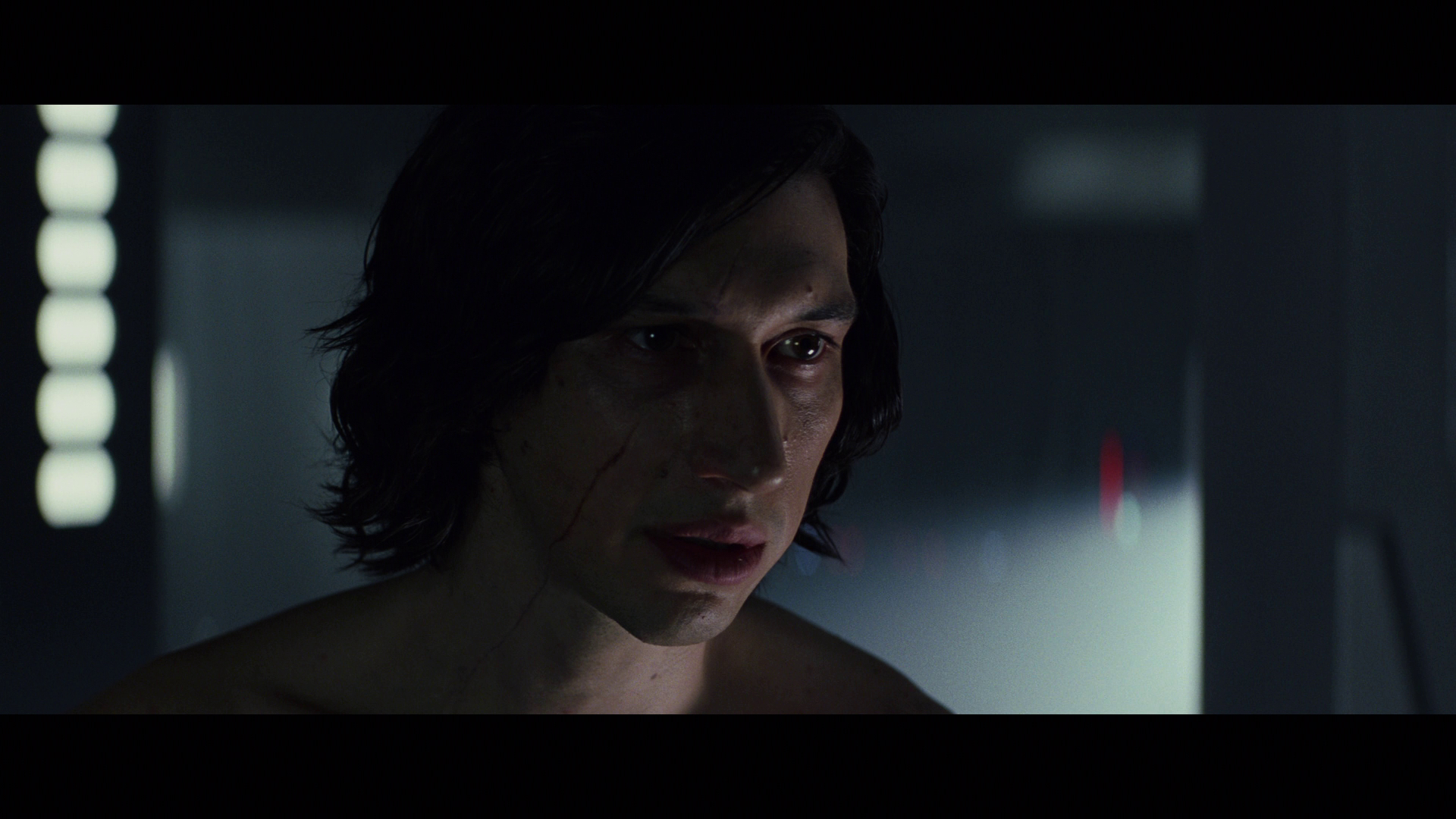 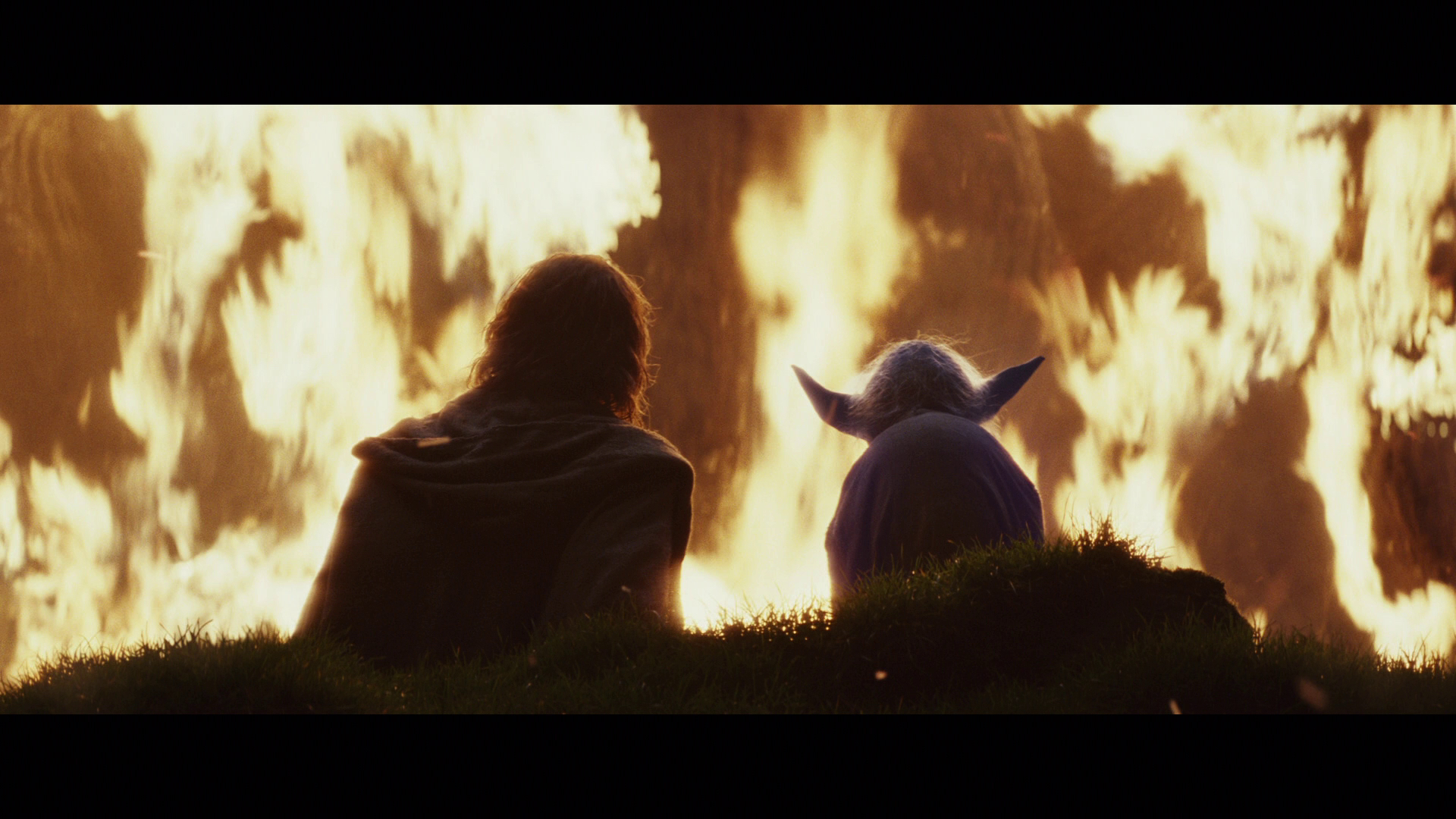 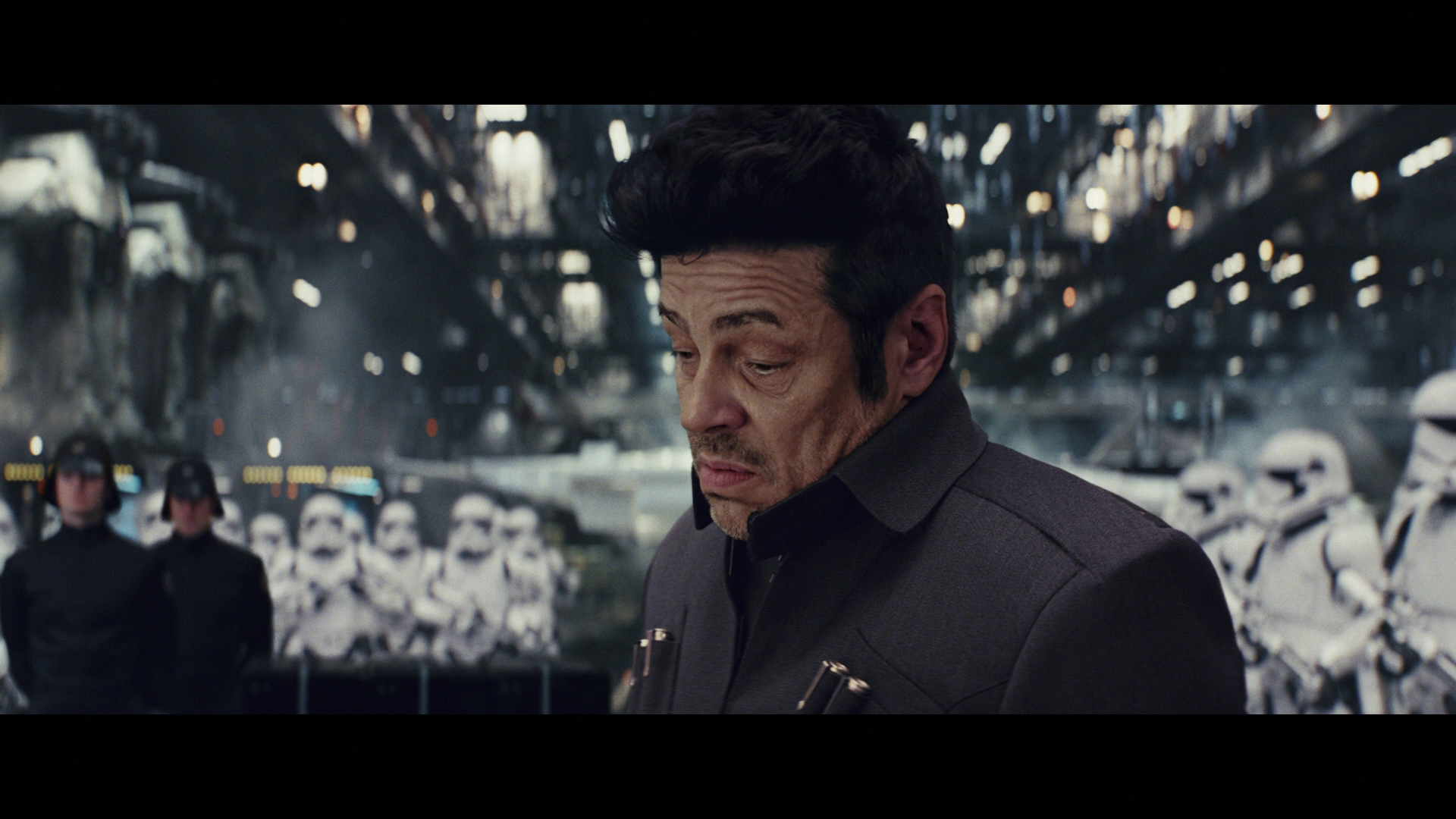 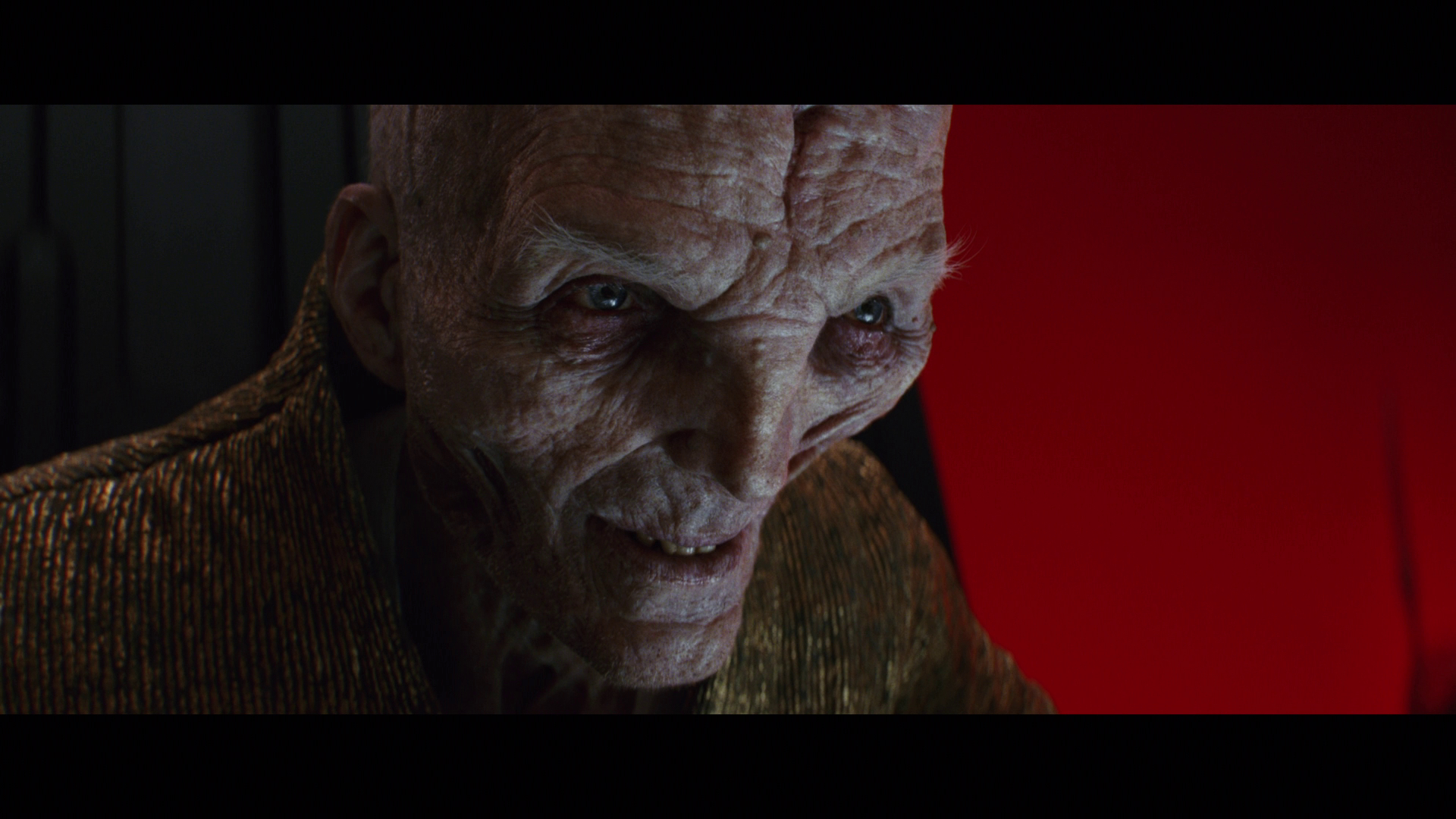 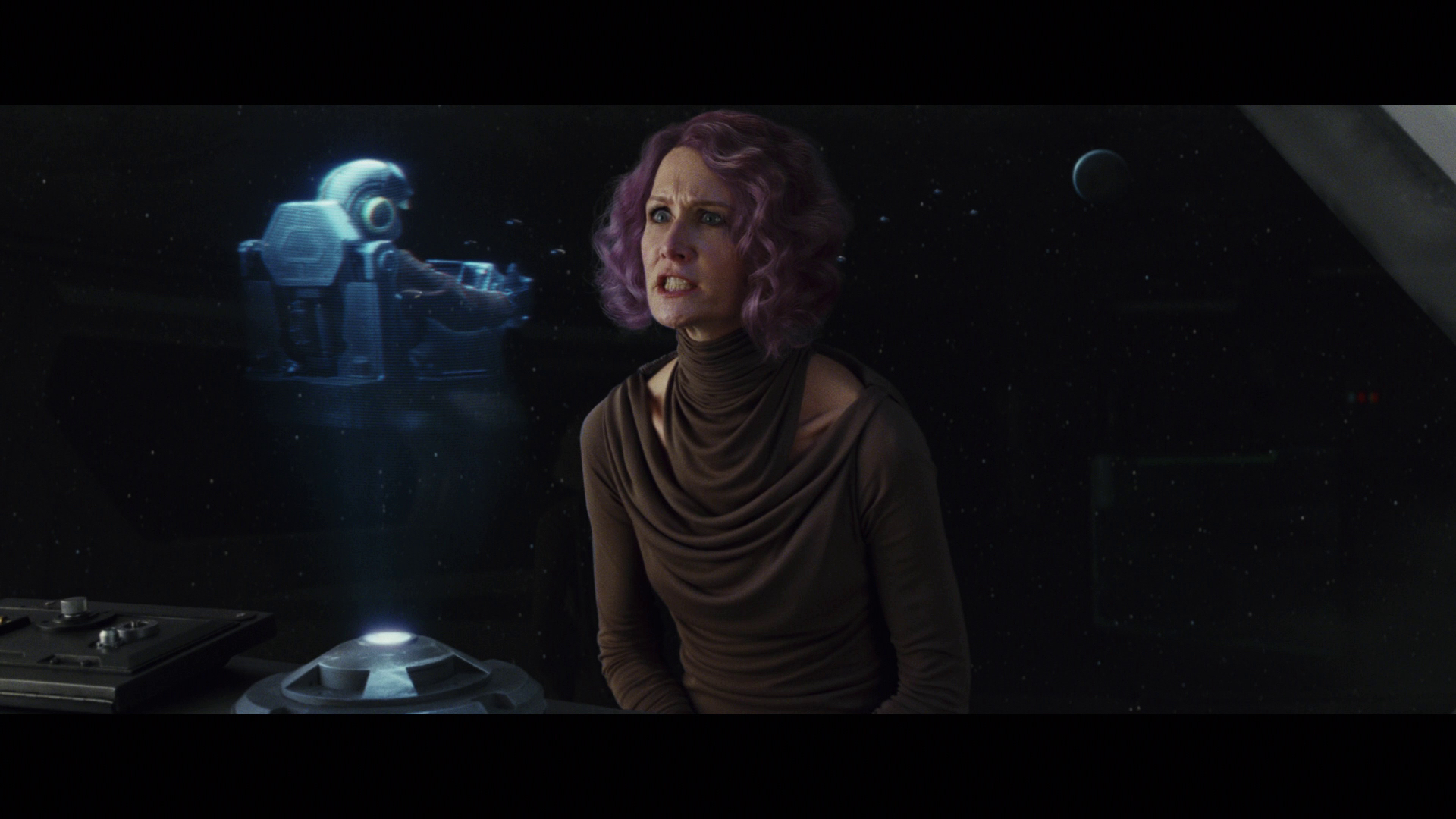 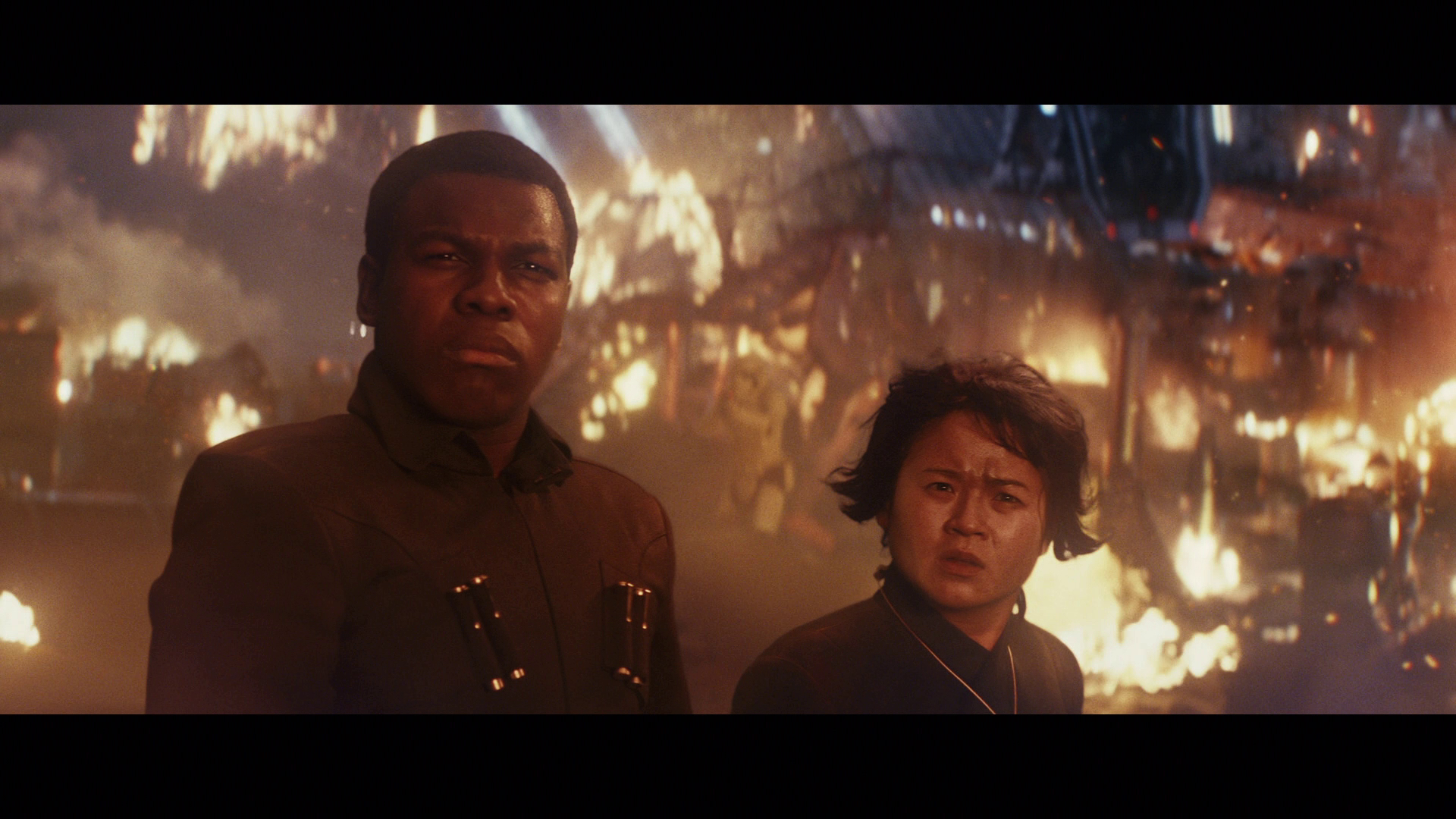 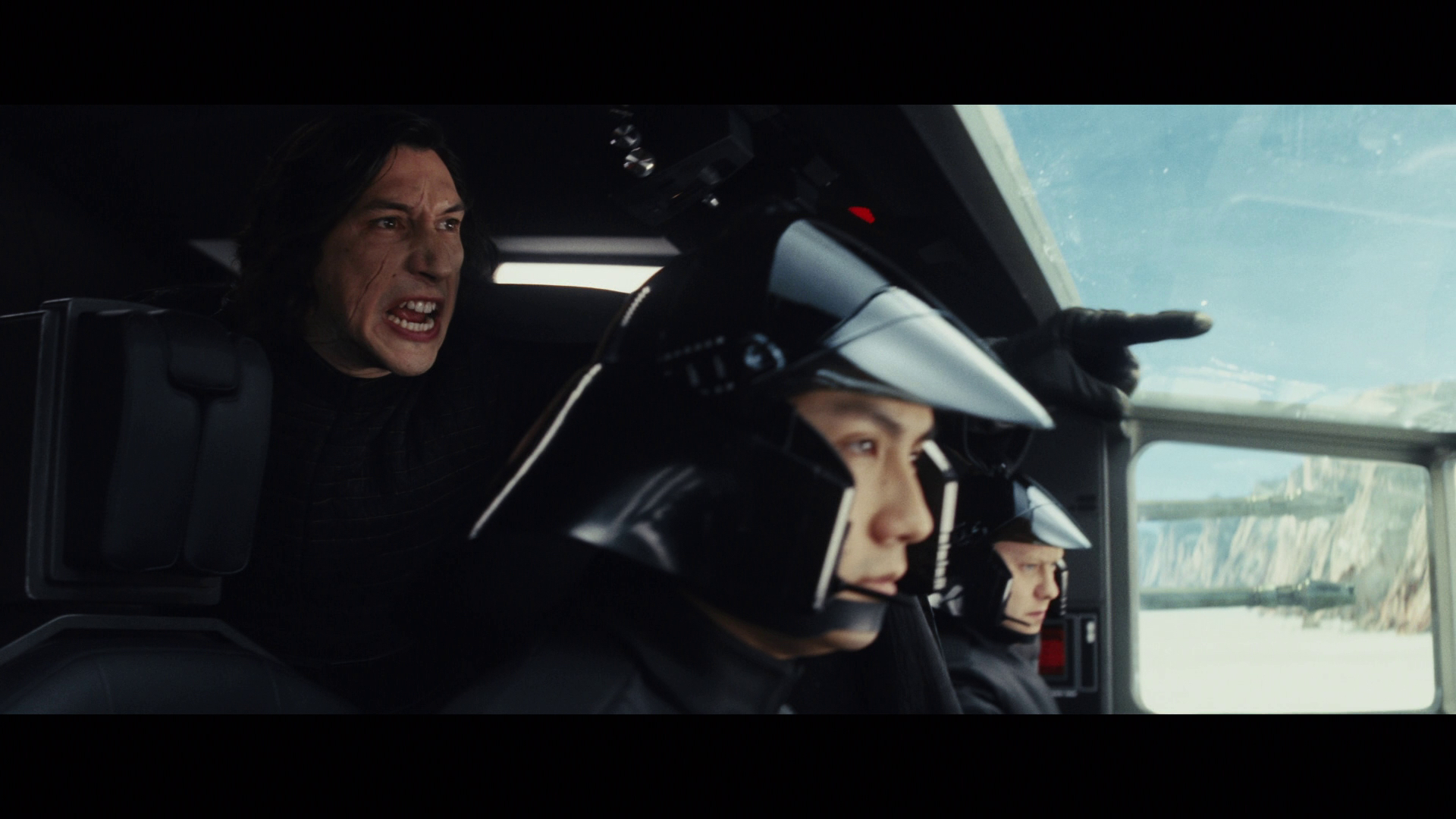