A movie that could only have been made in the 1970s, a blaxploitation western. When YouTube had first started, someone uploaded the trailer for it and I knew I had to see the complete movie though I figured it would be pretty hard to find- those who know this movie know that "Boss" isn't the complete title, it also includes a word that's offensive by today's standards and I was a bit surprised that it was even remotely acceptable in 1974. While the title on the cover of this Blu-Ray and DVD set is abbreviated, the actual movie is left untouched and the cover is also reversible with the original title. "Boss" is however the name of Fred Williamson's character- a freed slave who rides through the Old West as a bounty hunter with comic-relief sidekick Amos (D'Urville Martin). The fun begins when the two successfully kill a band of outlaws and find that one of them is carrying a letter from the mayor of San Miguel letting him know that he's invited to be the town's next sheriff, had he lived of course. Basically the mayor actually wants an outlaw as sheriff. Boss takes the letter and they head for the town themselves, finding it to be populated entirely by white folk some of whom have never even seen a black person before. The town's previous sheriff had been killed a while ago and they've been without a replacement ever since, not knowing that their mayor had wanted a bad guy to fill the vacancy. 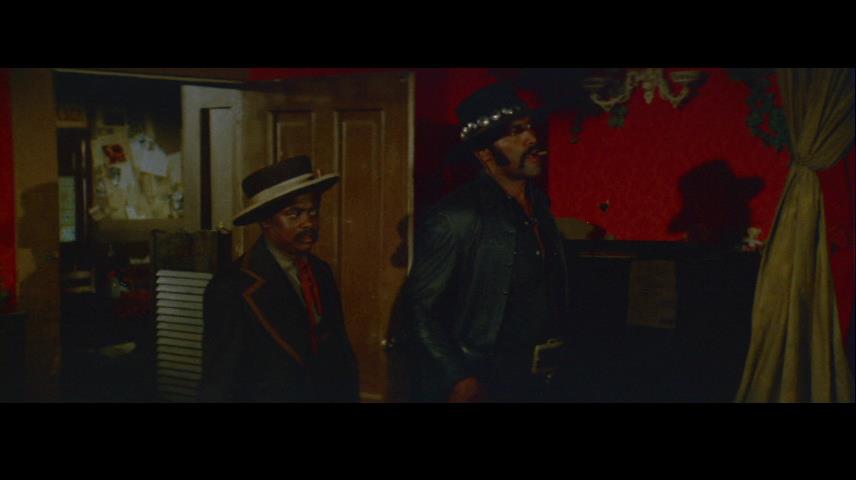 Boss presents the letter as having been meant for him, and nonchalantly proceeds to take over the office with Amos as his deputy. None of the other townsfolk consider themselves brave enough to serve as sheriff so they go along with it- although they have a tendency to break at least one of the new "laws" put forth, such as refraining from any racial slurs. The mayor (RG Armstrong) doesn't especially like it but he can't really do much about it as he's in a bit of an awkward position- his choice had been made as a favor to the area's head "bad guy" Jed Clayton (William Smith), but at least by staying on his good side he's managed to keep his gang from causing any trouble in his town. They occasionally ride in and take things without paying, but at least they don't kill anyone. Of course Boss isn't going to stand for that, and Jed is already out to get him as well so things inevitably come to a head.

Westerns aren't exactly my favorite movie genre (mainly because the time period, before the advent of modern conveniences like cars and electricity, just doesn't hold my interest) but this one still lets enough of the 1970s (when it was actually shot) to shine through- mainly in its music score which ignores all the genre's conventions and simply goes for the same 70s action movie elements of those taking place in the then-present time. It's even got the obligatory theme song about the title character and how "bad" he is. I'm sure this made all the purists out there cringe when this was released, but I couldn't get enough of it. (The credits mention that a soundtrack album was available, but it's likely hard to find.) Despite the setting "Boss" still gets most of the key elements of blaxploitation flicks right- mainly that the main black characters are the only ones who know what they're doing while most of the white folk are as dumb as rocks. Interestingly this movie was directed by Jack Arnold, who also directed the 3D classics Creature From the Black Lagoon and It Came From Outer Space, along with a variety of other classic movies and TV episodes. It's obviously low-budget, but competently made. 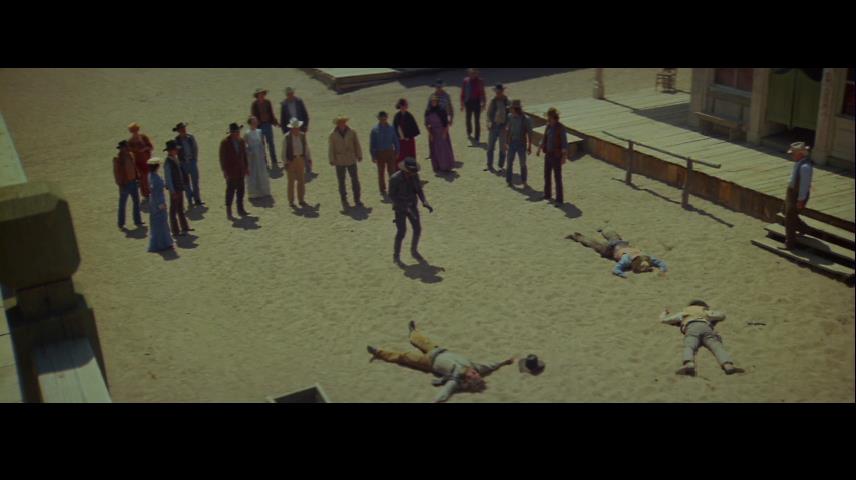 Filmed in an ultra-wide ratio (about 2.39), the transfer here shows off the movie's low budget production and less than perfect elements. Focus appears to be off a bit, likely intentionally as the credits appear sharp, making it hard to read the "Wanted" posters and such seen throughout. Elements are a bit grungy with occasional scratches, but adequate overall. The included DVD is still noticeably less detailed compared to the Blu-Ray, proving hi-def's superiority even for movies in this condition. I did notice a few compression artifacts on the Blu-Ray during the dark opening scene, but they appeared to be absent afterwards.

The mono audio is presented in 2-channel PCM on the Blu-Ray and 2-channel Dolby Digital on the DVD. The audio elements aren't in the greatest shape either, but it just adds to the drive-in movie flavor- this track likely was never expected to be played through anything resembling a quality audio system. Hearing-impaired subtitles are included. 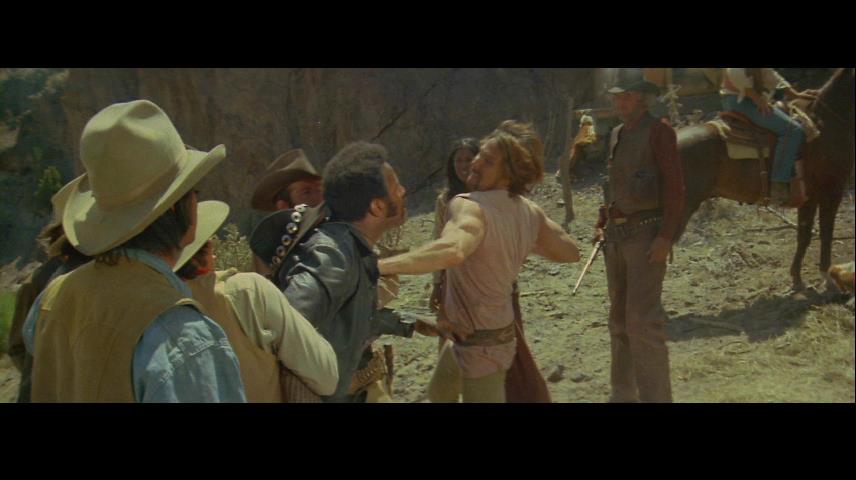 Extras are identical on both discs. A lengthy "Conversation With Fred ‘The Hammer' Williamson" with Joel Blumberg discusses his career in movies and other capacities over the years, noting that he's always had a set of rules for his characters- mainly that he always gets the girl in the end, if he wants her! Unfortunately the picture quality on this is quite bad, although in 16x9 at 24 frames per second, it's still at about VHS quality.

Producer Myrl Schreibman appears in a short segment where he recalls working on the movie (the town was a set that had already been built for other Westerns) and also in a "Jack Arnold Tribute" which summarizes his long and varied career. The movie's trailer is also included which appears to be from a standard-def source but miles ahead of the YouTube upload I first saw a long time ago (which as of this writing is still on-line.) 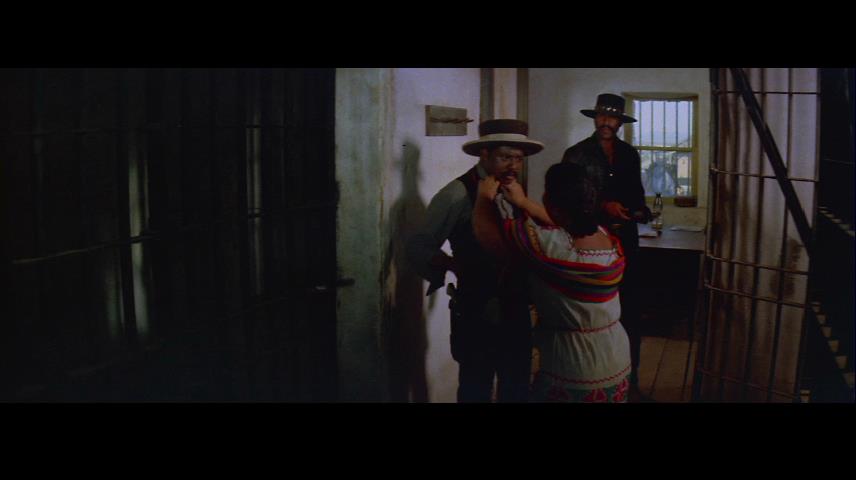 With a politically-incorrect title and unashamedly funky 70s music score used entirely out of place, this is essential viewing for blaxploitation fans (and those of 70s drive-in fare in general), even those who might not care much for Westerns.