Before Black Swan, there was Etoile 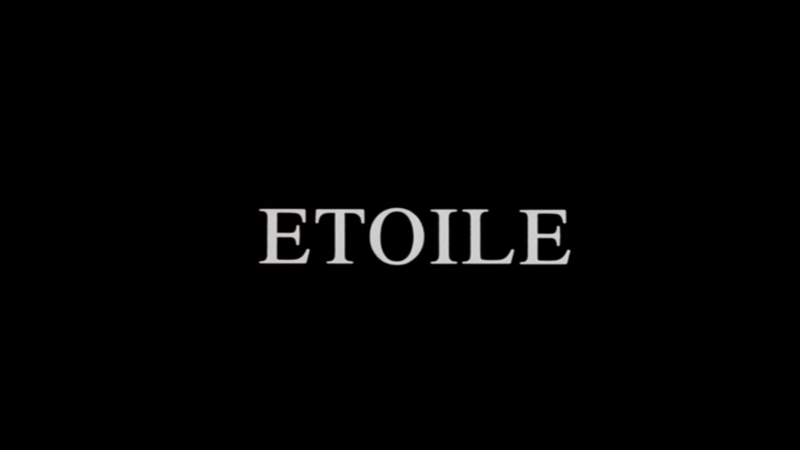 For most of her career, Jennifer Connelly has been money in the bank. A skilled actress of impressive range and stunningly beautiful, her performances are consistent and strong, no matter the material she's given (Career Opportunities being a prime example, John Hughes or no John Hughes.) So it was no surprise that she quickly became a star, taking lead roles from almost the very beginning, in films like Phenomena, Labyrinth and 1989's Etoile, an Italian production that seems tailor-made for her, as she stars as a haunted young ballerina beset by supernatural forces.

Claire (Connelly) has travelled to Budapest for the chance to study at an exclusive dance school. Though she struggles with the pressures of the opportunity, she meets Jason (Gary McCleery), a fellow New Yorker, who helps steady her nerves and find romance. But after stumbling onto the abandoned home of a former ballerina during their time together, Claire suddenly decides to return to America, and then begins to take on the name Natalie Horvath and acts as though she's never met Jason. As Natalie focuses on her role as the prima ballerina is a soon-to-debut Swan Lake, Jason tries to figure out what happened to the woman he fell for, and how he can get her back. 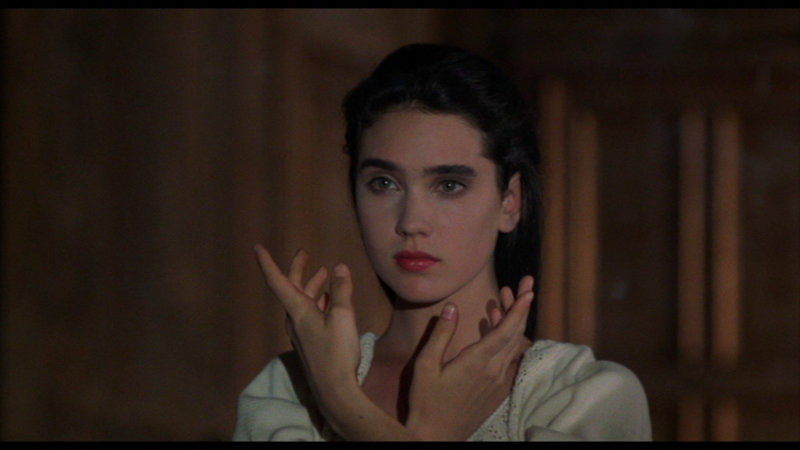 That's really all there is to the plot, which seems like slim pickings, considering the film is 101 minutes long. Well, director Peter Del Monte fills that time with some of the most methodically paced scenes ever committed to film, including any number of quiet moments that establish the film's languid atmosphere. Though it may be attempting to create a sense of gothic unease and discomfort, it is most successful at being dull. (A skilled editor could bring this down by at least 20 minutes and still get the entire story across.) Perhaps after years of similar films there's a sense of "been there, done that" at work, and audiences at the time would have been surprised by the reveals of the plot, but taken on its own merits, there's just not enough dread established to make you care, and not enough action to maintain engagement when you pretty much know exactly where it's headed (at least until a finale so ridiculous and unearned that it's almost an insult.)

As Claire, Connelly is her usual great self, able to swing from innocent to seductive to malicious with seemingly effortless ease, and is entirely believable in terms of a all the elements she has to bring to her character. As Jason, McCleery has the unenviable task of playing opposite Connelly, and in comparison his performance--like Jason Schwartzman by way of Willie Aames--lacks subtlety and dimension, especially when faced with danger, yet oddly lacking in energy when it could come in useful. The dialogue he's given doesn't help, but he could be delivering Shakespeare and the performance wouldn't be enough to carry scenes the way they needed to be carried. There are a few other featured roles, including the creepy choreographer (Laurent Terzieff) and Jason's antiquities-dealing uncle (Charles Durning), but these are pretty much one-note roles that exist as little more than plot devices.

On the plus side, the film is rather beautiful, with excellent locations and sets, which are lovingly photographed, with lingering looks at gorgeous grand rooms and theaters, not to mention the gorgeous ballet costumes, though the film is frequently quite dark, which can hide some of the details. There are some questionable decisions, like filming much of the dancing from a distance (likely due to the use of a double for Connelly) but for the most part the look of the film is technically and artistically impressive. But then there's that finale, which just comes from out of nowhere, and if you look back at the film, it makes no sense in the reality of the movie. What a let-down, considering the journey necessary to get there. 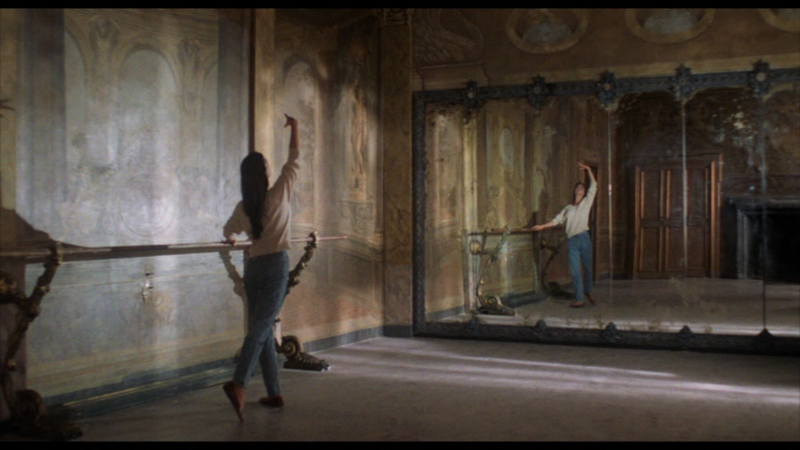 Scorpion Releasing has released Etoile on DVD, packed in a standard-width keepcase, following a limited Blu-ray release. The disc features a static menu with options to watch the film, and check out the bonus features. There are no audio options and no subtitles.

The anamorphic, widescreen transfer on Etoile is sources from a new 2K master, and it looks very nice, considering its age and low-profile, thanks to well-saturated color and a decent level of fine detail for a standard-definition release. The settings and costumes, not to mention Connelly's hair, all show off solid textures and delineation. The film can be exceedingly dark, which makes it hard to make out details at time, but the blacks are solid, and not noisy, if lacking in variation. The transfer is in good shape, with some minor damage in places, but there's a near-constant jitter in the frame that's difficult to ignore once noticed. The grain is steady and makes for a pleasing image.

Presented with a DTS-HD MA 2.0 track, the sound is most prominent in terms of the score, which is strong and moody, setting the tone of the film throughout. When it dips out, it's absence is quite noticeable and somewhat jarring. Dialogue sits on top of the rest of the audio, prioritized in most situations, to the point where it feels a bit unnatural, but it does keep things easily understood. Sound effects aren't downplayed either, with every bit of extraneous noise sitting front and center. Though it's a solid-sounding film, the main problem is an ever-present hiss that is distracting when the audio in the film drops away.

Scorpion has included a pair of interviews that paint an intriguing picture of Etoile's production, with the only point of agreement being the work of Connelly and Durning. Up first is "Black Swan, White Swan" (18:36) with director del Monte, and he doesn't hold back as he talks about the troubles he had in making the film, including clashes with the producers, problems with actors and concerns about money that affected the final film. It's refreshing to hear a creative be so candid and openly critical about their own work, while also revealing the whys and hows of the production.

If there was any question about whether del Monte's recollections are correct, "Little White Shoes" (9:36) with executive producer Claudio Mancini will put them to rest, as he backs up every claim from the opposite direction, discussing his problems with del Monte's filmmaking, leading man and crew, with a bit more of a focus on the financials (as might be expected from a producer.) It would have been something else to have these two pieces intertwined, going back and forth, point/counterpoint style, but watching one after the other brings a certain weird entertainment, as two men argue without directly communicating, about a film made decades earlier that neither man considers good.

There are several trailers here, including one for Etoile. The trailer gives away far too much of the film, including showing the finale, and still manages to not sell the movie very well. Barbarosa (1:48) with Willie Nelson and Gary Busey looks far more interesting, as does the 1974 version of And Then There Were None (2:39). Steaming (2:43) is also rather interesting, but will have a smaller audience, unlike the quick-hit trailer for City on Fire! (:32) a Leslie Nielsen film that looks like it earns that exclamation point. 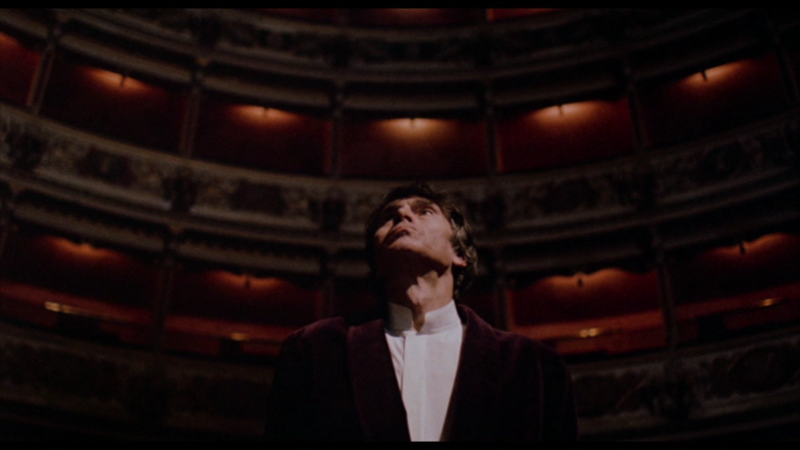 Etoile takes forever to get going, and once it does, you'll question why it took so long to get there. It's a film that wastes a few solid performances and some beautiful settings on its way to an ending that's best described as bananas and disappointing, but for Connelly fans, it's a movie you're likely going to want to seek out. Scorpion has delivered the film in solid, if flawed shape, and added in s few background interviews that are far more entertaining than anything that happens during the movie. It's worth checking out for its star and bonus features, but keep expectations for the film in tight check.
Francis Rizzo III is a native Long Islander, where he works in academia. In his spare time, he enjoys watching hockey, writing and spending time with his wife, daughter and puppy.Follow him on Twitter