DVDTalk.com Presents: The Best Releases of 2018

DVDTalk.com staff writer and film critic Neil Lumbard has compiled a list of some of the best releases of the year as personally selected by him. Each release on this best of the year list is worth a look for fans of cinema. Take a look and see if you agree with the selections. 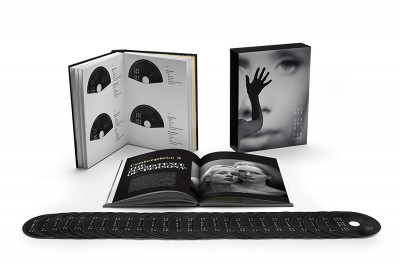 Criterion has outdone themselves with this release. This stands as one of the finest home media release ever assembled for any format in media history. Film fans can rejoice. Bergman is one of the world's greatest filmmakers and with this incredible collection, the Criterion Collection has truly assembled something special.

This Blu-ray set contains a plethora of the brilliant filmmaker's films with 4K restorations (some of which are newly restored to 4K despite previous 2K-mastered Blu-ray's existing such as Fanny and Alexander and The Seventh Seal). The enormous set contains 39 films from the brilliant filmmaker across 30 Blu-ray discs and is housed in a collector's box with a lavish book with essays about the films. It's hard to imagine any serious film enthusiast not listing this as the year's best. It's a total knockout release and Criterion's most comprehensive set to date. 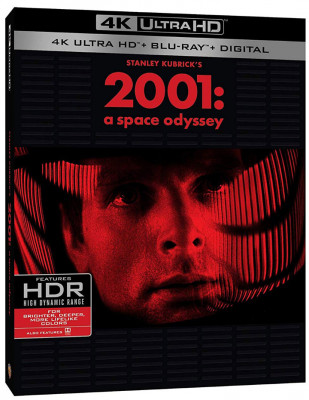 One of the greatest films in the history of cinema arrives on 4K Ultra HD Blu-ray for the first time. Stanley Kubrick's masterpiece (which was filmed on 70mm) is a film which transcends the entire medium of filmmaking to become something much more philosophical. It's not a film you simply watch to enjoy. It's a film that you experience and become absorbed into completely. Because the film originates from a high-grade film stock, this is a perfect native 4K presentation for true cinema fans to cherish. 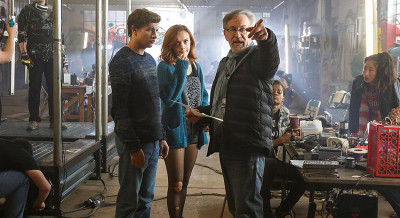 My favorite filmmaker is Spielberg and 2018 was a good year for some of the director's best films arriving on 4K. Ready Player One (my favorite film of 2018) receives superb 3D and 4K editions. Jurassic Park receives a mixed-results 4K set (the original Jurassic Park has some DNR on it and arguably isn't going to impress as much as the 3D re-release edition) but Jurassic Park: The Lost World's transfer is considered one of the best of the year. Hook receives a massive upgrade over Sony's abysmal quality Blu-ray release by undergoing an extensive 4K restoration. 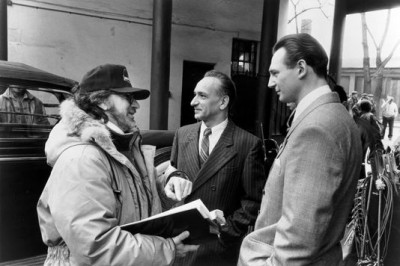 Then there's two of the best Spielberg drama's: Saving Private Ryan and Schindler's List are both given top-of-the-line filmic presentations. It was a good year to be a 4K fan and a Spielberg fan with so many of the director's great films arriving on the format. 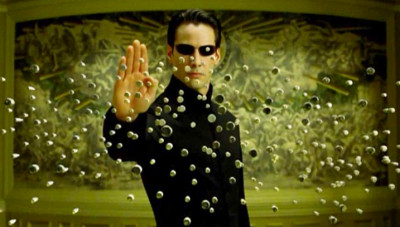 Okay, so some fans might hate the sequels (and others might feel lukewarm to them) but The Matrix stands as one of the best sci-fi action films ever made. It's endlessly re-watchable and is one of the few film's that never seems to lose any stream. Personally speaking, I love the sequels. If they don't match the original (spoiler: they don't) both The Matrix Reloaded and The Matrix Revolutions still deliver with plenty of incredible action-scenes and spectacle galore. The concluding chapter really brings everything together. It's a great trilogy which finally receives it's proper due on 4K. 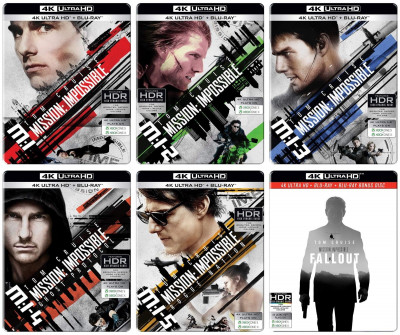 Fast forward to today and this is rightly regarded as one of the best action film series ever produced. From Mission Impossible 3 onward the series reboots itself with high-octane action and stunts that surpass nearly all action films in history.

Tom Cruise repeatedly outdoes himself and one-ups the franchise by running over buildings at Olympic speeds, climbing the world's tallest building, jumping on to a moving airplane, and skydiving out of a plane at incredible heights. With each installment Cruise someone finds ways to outdo himself and the series gets better and better with age.

Released on 4K Ultra HD Blu-ray for the first time, Mission Impossible has finally gotten it's due on home media (especially given the disastrous MPEG-2 releases of the first three films and their Dolby Digital lossy audio presentations which were lackluster from day-one of the Blu-ray format). Fans will be enormously pleased with these terrific upgrades. 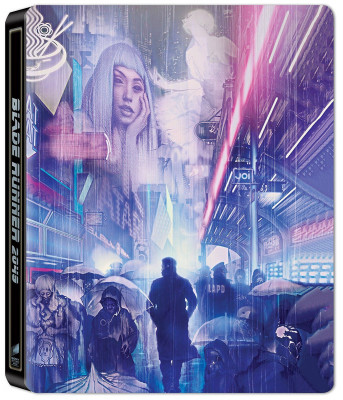 Who would have thought it could happen? Blade Runner, one of the greatest science fiction films ever made, received a sequel (and it didn't even suck). The film far surpassed expectations and proved that director Denis Villeneuve (Arrival) is a a modern-day master. The film has terrific performances and stunning Academy-Award winning cinematography by the prolific Roger Deakins. The film is one of the year's most thought-provoking sci-fi films and it grabs hold of you from the beginning and never lets go. 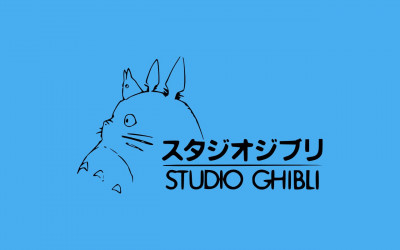 Although some of the Ghibli Blu-ray releases are re-releases from the earlier Disney editions in North America, GKids has outdone themselves by putting these Blu-ray releases out with upgraded PQ/AQ encodes which more closely mirror the Japanese editions. Although the JP editions still have the best encodes, these releases are upgrades over their Disney counterparts and should please any Ghibli fan. Whisper of the Heart (a particular favorite of mine) is one of the most sweetly sentimental films ever made regardless of genre. 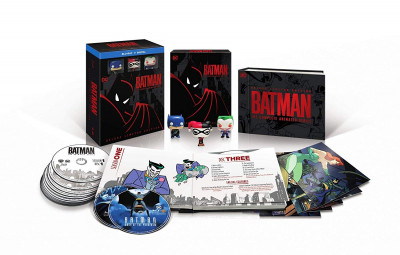 Batman: The Animated Series has long been heralded as one of the best achievements in animation history. It's with good reason: the series is superb from start to finish with film-like episodes that explore the characters in new ways. The series receives a modest upgrade on Blu-ray in the PQ department but a terrific upgrade with regards to the sound quality.

Although I had some mixed feelings about the restoration, Batman: The Animated Series has never looked or sounded better than it does on this release and given the enormously high-quality of the series itself this release is essential for Batman fans. 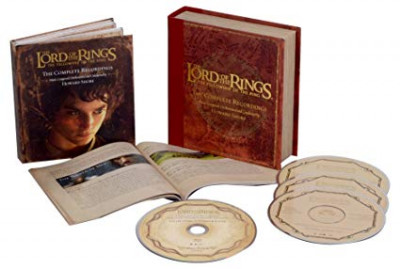 Long out of print on CD (and previously fetching hundreds of dollars on eBay and other used markets) the Lord of the Rings scores composed by Howard Shore received deluxe treatments in 2018 with Blu-ray audio releases included with the deluxe CD sets.

Each Blu-ray audio disc includes the complete recording for each film in the saga: The Fellowship of the Ring, The Two Towers, and The Return of the King. Each disc contains the complete score for the respective films with lossless 24 bit high-resolution audio presentations which preserve the full scope and awe of these scores. It's wonderful to see some of the best film scores ever composed receive such commendable releases. 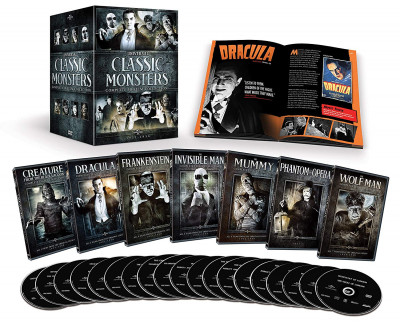 This is one of the most comprehensive sets ever released by Universal. The complete 30 film set is a terrific collection of classic horror films. It includes all the original films in the following series: The Mummy, The Wolf Man, Frankenstein, Dracula, The Invisible Man, Phantom of the Opera, and The Creature from the Black Lagoon. Having grown up watching so many of these films with average quality television presentations, it's nice that so much effort was given to preserving these films (including the two 3D Creature from the Black Lagoon features).

Here are five more titles which are of exceptional quality and merit but which don't quite make the cut for this list: 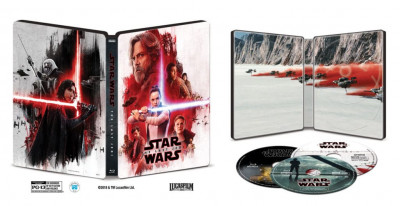 The critically acclaimed follow-up to The Force Awakens. Although it was divisive with fans, The Last Jedi is another terrific entry in the Star Wars series and one of the best since The Empire Strikes Back. From beginning to end it's a non-stop thrill ride made with the flair and vision of writer-director Rian Johnson (Brick, Looper). 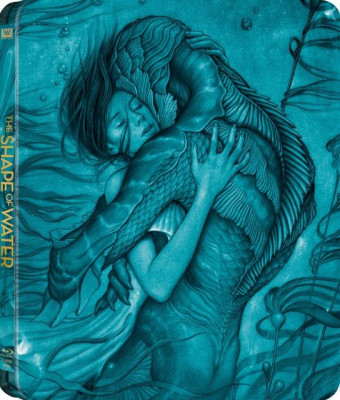 The Shape of Water 4K

From visionary filmmaker Guillermo Del Toro (Pans Labyrinth, Pacific Rim) comes this unlikely fish-out-of-water story (pun intended). The Academy Award winner for Best Picture, this is one of the best fantasy films in years and a wonderfully unique romance which is gripping from start to finish. The work of a true auteur. 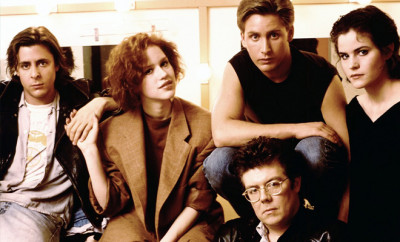 John Hughes classic explores the unexpected connections between five students who form an unlikely connection with each other over a trip to detention on a Saturday afternoon. The film is remarkably funny, charming, and enlightening. The Breakfast Club is a wise film which reminds us most people have more in common with one another than we have differences. The Criterion edition includes a 4K remastered presentation and a plethora of supplemental features.

Director Wes Anderson (Moonrise Kingdom, Fantastic Mr. Fox, The Darjeeling Limited) has done it again (literally!.. as this is his second stop-motion animated feature) and the results don't disappoint. This is one of the best films of the year (animated or otherwise) and it features another brilliant score by frequent collaborator Alexandre Desplat (Birth, Coco Before Chanel, The Curious Case of Benjamin Button). 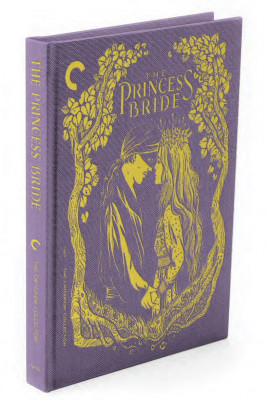 One of the most charming fairy-tale films arrives on Criterion with a quality restoration, new supplements, and a Digibook style packaging which befits the classic romantic-adventure.