It's a delicious bit of irony that even though animation legend Hayao Miyazaki has clung to his old-fashioned, hand-drawn- two-dimensional animated roots even as the computer-generated style became the norm, his work breathes and lives in a wholly organic sense. Every image pops out of the screen and creates a tangible reality, an intimate connection between the artist and the audience. The artifice of the two-dimensional drawing, regardless of the narrative's fantastical content, become as organic as our capacity for boundless imagination can ever be.

Some of this visceral connection stems from Miyazaki's recurring themes around people's connection with, and especially the vain disrespect to, the nature that surrounds them. As artificial as his work might technically be, he always finds delicate ways of making us grasp our vital synergy with nature, and how taking it for granted through means of selfishness and greed will eventually seal our doom. His seminal masterpiece on this theme is his epic period fantasy Princess Mononoke, an angry yet somehow hopeful dissection of men abusing nature in favor of technological progress.

It takes place in 16th Century rural Japan. The story begins with a village prince named Ashitaka who kills a boar demon and becomes infected with a fatal disease in the process. This curse is a clear yet poetic metaphor on how man's destruction of nature also means the dissolution of his corporal existence. Ashitaka goes on a dangerous journey to find a cure for his curse, which might entail a complete overhaul of how he relates to the animal life that surrounds him. This moral arc comes in the form of his friendship with San, a girl who lives in the forest and is more connected to beasts she protects than her own kind, a species she both despises and mistrusts. As the battle between the two sides intensify, San becomes to key to find some form of peace.

The virgin audience should experience the many twists and turns in this epic tale firsthand, so I won't get into more plot details. As a PG-13 film that certainly would get an R if it were live action, Princess Mononoke is full of unflinching graphic violence, but Miyazaki's appliance of crimson is never gratuitous.

The Blu-ray is the exact same disc as the 2014 collector's edition, so you can check out Randy Miller III's review for all of the technical disc information.

What's really extra in this set is the gorgeous cardboard presentation, the beautiful box art, the slick booklet full of essays, and the piece de resistance, the soundtrack CD with Joe Hisaishi's glorious European classic-inspired score. 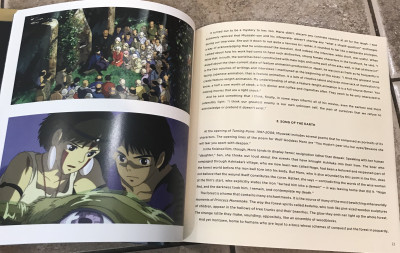 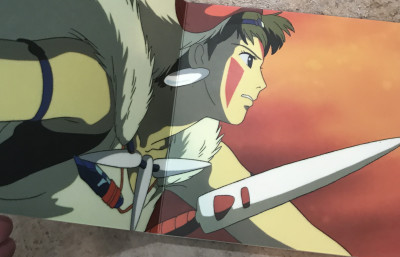 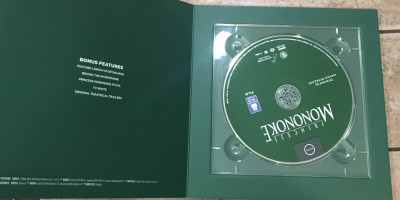 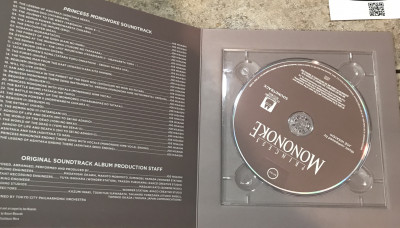 Even though it's the same Blu-ray as the previous release, the physical bells and whistles make this a great collector's item for die-hard fans. Princess Mononoke still endures as one of the top three Miyazaki masterworks, and this set does it justice.