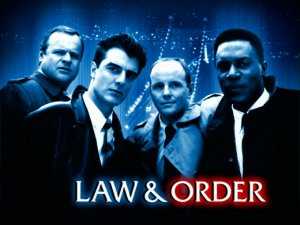 Dick Wolf's Law and Order franchise has been quite the success, as Law and Order is currently running in its fourteenth season, as well as two successful spin off series being Law and Order: Special Victims Unit and Law and Order: Criminal Intent. Not only has Law and Order been a big success, but this prime time drama really spiced up the high paced detective-like genre. With such a growing interest in this television genre, other series like NYPD Blue and Crime Scene Investigators have enjoyed the consumer level interests in the genre created by the Law and Order series.

Each episode of Law & Order opens with the following phrase, "In the criminal justice system, the people are represented by two separate yet equally important groups, the police who investigate crime, and the district attorneys who prosecute the offenders. These are their stories." This phrase sets up and describes the reoccurring theme for each episode in the series. As follows the criminal investigations are conducted by police officers under Captain Cragen's (Dann Florek) command, Detective Mike Logan (Chris Noth) and Sergeant Max Greevey (George Dzundza). Once perpetrators have been charged with crimes Assistant District Attorney Benjamin Stone (Michael Moriarty) and Assistant District Attorney Paul Robinette (Richard Brooks) who work under District Attorney Adam Schiff (Steven Hill) take control and prosecute the offenders. These six build the main cast for the first season. Some of which don't make it into the later seasons.

In season one there are quite a number of notable episodes. In Prisoner of Love the cast is troubled with finding a sadomasochist artist who dies in a very uncomfortable position. Later the detectives unravel a thread from the murder that leads to a very influential member of New York's community and a high ranking government official. This scandal turns out to be one of a highly grotesque sex crime. Another episode Life Choice includes a contemporary issue of modern day society, abortion. After a young 22 year old girl apparently kills herself by a suicidal bombing of an abortion clinic, the cast learns that what they thought happened may be much more than it seemed.

Following the theme of modern medical issues in Sonata for Solo Organ an unfortunate New York citizen is victim of a crime of the most abnormal sort. Without his consent, a medical operation is performed upon him that leaves him with only one kidney. As it turns out an extremely wealthy man's daughter has undergone two unsuccessful kidney transplants due to issues of incompatibility with the donor. Now he's willing to do whatever it takes to ensure that third operation goes without a hitch, even if it means murder. Lastly in the Blue Wall Captain Cragen falls under the worst kind of suspicion for a cop. As it looks to the internal affairs department Cragen and one of his mentors are believed to have accepted a large bribe to tamper with case evidence.

In addition to these notable episodes mentioned, the others are quite enjoyable which include criminal cases dealing with a hospital chief resident whose mistakes had led to a number of deaths, brothers accused of murdering their parents, a member of the Irish Republican Army held as a prisoner without reason, the accidental murder of a young fourteen year old boy, and a 20 year police veteran who is investigated by internal affairs to name a few.