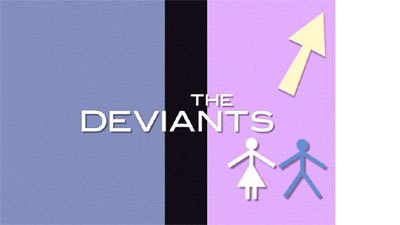 "Freaks need to get funky too." I don't know if The Deviants ever had a one-sheet poster, but this line, spoken by Monique (Tamara Curry), should have been on one. It perfectly sums up this fun, yet flawed film, which suffers from a lack of story, while having a plethora of interesting characters. Now released on DVD, this independent effort can reach a wider audience than its limited theatrical release could ever hope to.

The movie centers on Norm (get it? Norm? Normal?), a matchmaker for deviant people. Be they nudists, circus folk or pro wrestling freaks, Norm can find them someone to love, with the help of his matchmaker-in-the-making assistant Monique. Portrayed by co-writer Doug Dezzani, Norm is a drip, focused entirely on his work. Even when he's having sex with his bitchy girlfriend, he's clinical about it, timing the separation between their orgasms, in the hopes of achieving simultaneous orgasms, which he views as a symbol of a perfect relationship. The performance is very dry, but it seems like he's shooting for stiff FBI agent, and he achieves it.

There are several funny vignettes showing the deviants' stories, but in the end, they dominate the movie, and turn it into a series of sketches, instead of a cohesive whole. Beneath these sections of the film, at the movie's core, the story is an old one, about the way people who set-up others can't find romance themselves. You may see the ending coming from about 10 minutes in, but the humorous deviants make the ride entertaining.

While the lack of any real plot is problematic, the uneven way the movie flows is more distressing. It seems like the filmmakers weren't sure what direction they wanted to go in, as over-the-top comedy runs into serious drama, before morphing into overwrought romance. If this film carried the bizarre comedy of the deviants' vignettes from end to end, this one would possibly have become a cult classic. As it is now, it's a bit hit or miss. But you'll definitely find some lines that will stick with you after the film ends.

Fans of sex comedies, take note: there's a lot of sex, and some nudity from a cute exhibitionist. Combined with the comedy, it makes for a good way to spend 80 minutes. Due to the director's previous work, online, this film is listed as a gay comedy on several sites, but that part of the movie is limited to four characters that aren't even on-screen very long. If you're view of gay films is dim, don't let this label prevent you from taking a look at this one. If you like gay film, you'll enjoy this one too. 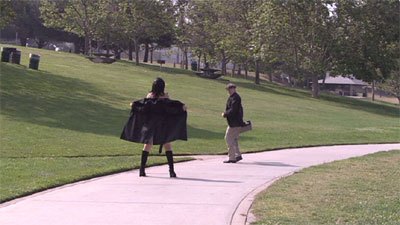 The DVD has some cute animated full-screen menus, with a choice of scene selections, trailers and extras. The scene selections break down the 80-minute film into 10 chapters, each indicated with a scene name and video clip. There are no subtitles available.

For an indie film, The Deviants is loaded with bright, colorful anamorphic widescreen video, that's clear and detailed. There's some light grain evident, but that's a low-budget end-result. The video is encoded at an average of 6 Mbps, giving the disc a nice look.

Aurally, the DVD includes a Dolby Digital 2.0 soundtrack that does a nice job with the dialogue, while the mix keeps the entertaining music at the right level throughout the film. There are several sound effects used to emphasize action, and they come across perfectly. 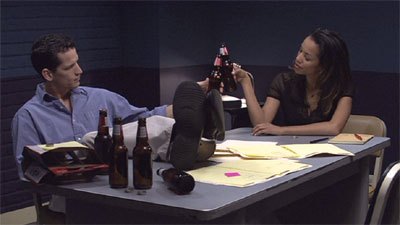 Ardustry included 4:46 worth of titled outtakes as the sole movie-related extra. They're cute, and worth at least one look. Why the lower nudity shown in one scene is blurred though, is unclear.

Also included are four trailers, including The Deviants, The Wild Card, Wild Spring and Savage Island. Please, avoid the trailer for The Deviants until after you watched the movie, as it gives away plenty of the plot (which leaves next to nothing) and many of the truly funny moments.

This is one polished independent film, and an entertaining one at that. I just wish the story meshed together better. But even if you just sit through it to watch the deviants' interviews, it's worth your time. This is simply fun, and a definitely rental for just about anyone. It is, of course, not a family film, unless your family's into simultaneous orgasms. In which case, you probably have better home movies to watch. But if you're looking for a break from your freaky, freaky sex life, check out this movie. 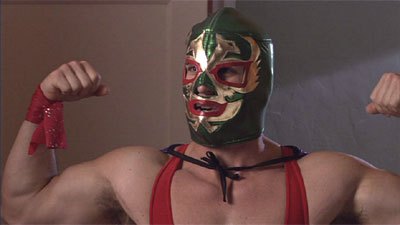 Visit Francis Rizzo III's blog at http://rizzonline.blogspot.com/
Francis Rizzo III is a native Long Islander, where he works in academia. In his spare time, he enjoys watching hockey, writing and spending time with his wife, daughter and puppy.Follow him on Twitter