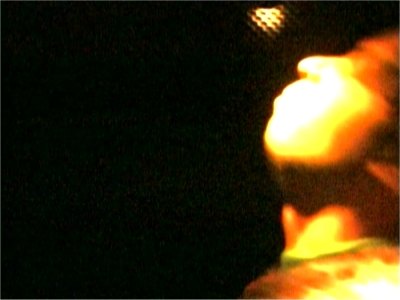 I'm no expert when it comes to music history, so that's just one more reason I was fascinated by the bulk of Josell Ramos' Maestro (2003). This collage of dance music history is loaded with rare footage and interesting interviews, skillfully assembled over a period of four years by the first-time filmmaker. It doesn't always fire on all cylinders, but even those who aren't familiar with the genre should find a lot of interesting information during the film's short 77-minute running time. Featuring participation from true pioneers of the industry, Maestro goes for broke by presenting decades' worth of history in just over an hour.

First, let's get the obvious out of the way: if you're interested in the early years of dance music culture, house music or the history of DJs and their equipment, Maestro should be right up your alley. Several legends of the industry are on hand to discuss their roles candidly, including Larry Levan, David Mancuso, Tee Scott, Frankie Knuckles, Ron Hardy and sound engineer Alex Rosner. Not to be outdone is Ramos himself, who really shows a love for the genre---there's signs of enthusiasm that often get in the way of a more objective presentation, but this only makes Maestro that much harder to hate. Even when it's longing for the early days of dance culture, there's still a strong sense of respect for what's going on right now. Ramos also pulled double duty as the editor, and Maestro also shows a strength of organization---there must've been a mountain of footage to choose from, but what made the final cut flows smoothly. 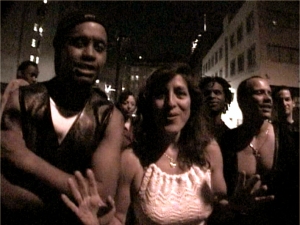 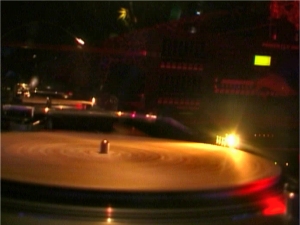 There's a few missteps along the way, though: for starters, the presentation is a little dodgy...even by the loose standards of the documentary genre. Ramos seems a bit too camera-shy during his debut; while it's admirable that he's stepping aside out of respect for the music, this is a film in dire need of an anchor. Text snippets---some of which are worded a bit weakly---aren't a perfect substitute for a narrator or host, so Maestro often loses its footing during these breaks. The film's running time is also a bit of a problem: even though Maestro earns points for condensing its information, it's hard not to notice that the pacing is often a little too rushed. Still, many of these minor complaints don't detract from the entertainment value of this film---there's still a labor of love lurking underneath, and it's one that dance culture veterans and rookies alike should enjoy.

It's taken a few years to reach DVD, but Maestro has certainly arrived in style. This solid 2-disc set is a little hit-or-miss in the A/V department, but the two hours' worth of extras are consistent and interesting. It's a release that ardent music and documentary fans should be able to sink their teeth into, easily worth the reasonable price of admission---or, at the very least, a rental. In any case, this notable release is easily worth a closer look. Let's see how this one stacks up, shall we?

Presented in its original 1.33:1 fullscreen aspect ratio, it's really no surprise that Maestro looks pretty rough around the edges. The older footage---some of which is several decades old---obviously looks the worst, but there's no doubt that some of this source material can't get much better (just for the record, most of the footage was shot on Super 8mm, digital camcorders and 16mm). Don't let the lower score fool you, though---it's certainly not a visually stunning release, but the straightforward presentation of Maestro is still quite watchable.

The audio presentation is quite stunning, though---in fact, it's probably the highlight of this 2-disc set. While most scenes of dialogue are firmly anchored in the front channels, there's a terrific ambience to the background music that really adds a nice layer to the experience. Presented in three separate audio options---a Dolby 2.0 Stereo mix, Dolby 5.1, and a "5.1 Househeadz Surround Remix", the latter two choices offer a strong atmosphere and plenty of rear channel presence (the third option didn't sound terribly different, but it's there if you're interested). Overall, it's a fine effort that fans of the genre will enjoy. Next-door neighbors, you've been warned! 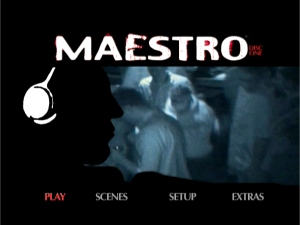 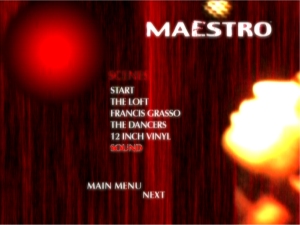 Menu Design, Presentation & Packaging:
The overall presentation is excellent, featuring simple menus and easy navigation. The 77-minute main feature has been divided into a scant 11 chapters, with no apparent layer change detected during playback. The actual DVD packaging is especially nice: this 2-disc set is housed in a fold-out digipak case, highlighted by a sharp design job and a handy insert booklet.
Bonus Features:
There's a nice amount of extras spread across this 2-disc set, featuring a wealth of rare footage and interesting information. Grouped together on Disc 2 are a series of Interviews and Featurettes, some of which bring new ideas to the table---though a few of them feel more like deleted scenes rather than stand-alone pieces. First up is a segment called Audiophile Sound (24 minutes), featuring Robert Coleman and David Mancuso, among others. Like several other pieces, this is a real down-to-earth and gritty series of interviews, making up for its lackluster presentation with a wealth of information. Next up is The Dancer (17 minutes), a fly-on-the-floor look at dance moves and enthusiastic interview segments. There's also the Making of Garage Footage (22 minutes)---it's loaded with rough-looking vintage clips, but this technical piece is still quite interesting. 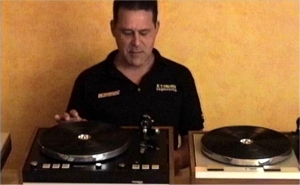 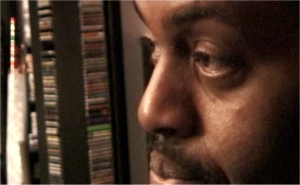 Next up is a chat with Ron Hardy, a co-founder of Chicago house music (22 minutes). Like the first featurette, this one offers a wealth of information straight from the source. The visual presentation and editing are basic but tight, even though the segment still seems to run a bit long. We reach a short break in the flow next, with a brief but informative Making-Of Featurette (19 minutes). There's participation from the director, who explains a bit of the basics during several clips---though it seems strange that this extra wasn't up first, it's still a fine effort. Next up is a chat with Tee Scott (12 minutes)---this rare radio interview from 1994 is combined with still images to create another interesting piece. Up last is an interview with Frankie Knuckles (28 minutes), a poignant but appropriate ending to the lineup of bonus features. Frankie is candid and casual during this chat at home, which focuses on his early career all the way to the tragedy of AIDS. Overall, fans are treated to a very strong and fitting selection of extras from top to bottom.