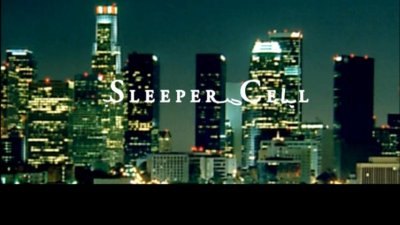 The Showtime original series Sleeper Cell debuted last year with a total of eight one-hour long episodes and a two-hour long series finale. The show has been compared to the popular Kiefer Sutherland starring series 24 for its content, and for those who have watched an entire season of 24, Sleeper Cell is an experience just as exciting, if not more. In a nutshell, Sleeper Cell is about an undercover FBI agent who instigates himself amongst an Al Qaeda terrorist cell that is planning an attack on the Los Angeles populace.

Awesome doesn't even begin to describe the experience of watching Sleeper Cell. The show is very intense with lots of action, suspense, and drama. With each passing episode you will be on the edge of your seat dying to know what happens next. And after you are finished with the series finale, you will want more and more and more.

The show focuses on the undercover FBI agent Darwyn Al-Hakim (Michael Ealy), who is a practicing Muslim. In the early stages of the series, it is revealed that Darwyn went undercover in a federal prison to make contacts with Muslim extremists. Upon his parole, Darwyn manages to hook up with Faris Al-Farik (Oded Fehr), who is an extremist putting together a small team of followers to unleash a terrorist attack on the Los Angeles populace. Farik is one cool customer, who works in as a security consultant and would as easily kill you as shake your hand. 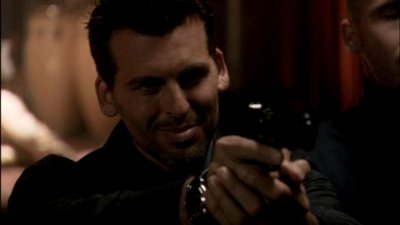 The other key players to Farik's team include Tommy Emerson (Blake Shields), a blonde, blue-eyed American boy with an adverse anger problem who works in a bowling alley, Christian Aumont (Alex Nesic), a former Skinhead who found salvation in Islam and works as a L.A. bus tour guide, and Ilija (Henri Lubatti), a Bosnian with his own personal agenda against the United States who works as a substitute high school teacher. Of whom, none fulfill the stereotypical profile for a terrorist. This is one of the points the show tries to make is that a terrorist is not made by their religion, race, nationality, but what they think and how they act. This is one of the issues the executive producers talk about in the "Know Your Enemy" documentary included in this set.

The other major characters include Gayle Bishop (Melissa Sagemiller), a love interest for Darwyn and a big source of drama, and Ray Fuller (James Legros), Darwyn's close friend and the supervising FBI agent of his case.

After the initial setup of the show in the first episode, the series begins to slowly unfold all of the details of the planned terrorist attack while Dawryn tries his best to thwart their efforts without blowing his cover. Now I won't go into anymore details about the specifics in the series, because I would hate to ruin it for you. But instead I will talk about generalities that make this show so intense, gripping, and all around entertaining.

What makes this show so exciting is due to a variety of things. First off, the show offers several characters (even the bad guys) that you can't help but like. The series projects these characters in a way that you begin to feel their emotions as they struggle through their various hardships, getting to know them as their characters develop make it even harder not to connect with them in some manner or another. Sleeper Cell really delivers a lot of well-rounded, well-defined characters you can't help but like. 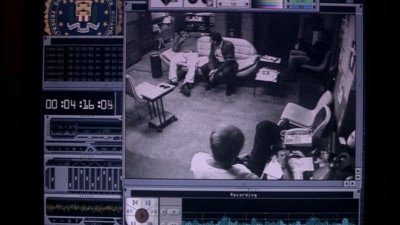 Another strength of this show is somewhat obvious as it offers an experience to see what life is like on the other side. Other action/thrillers like 24 or Alias offer an experience of the bad guys along with the good guys, but it is no where near as developed as in Sleeper Cell. The viewpoint has much more depth, which is more or less due to the extended character development in the entire cast of bad guys.

Additionally, fans of Alias will also appreciate the suspense and the rush obtained from watching Darwyn function as a double agent. In the early seasons of Alias, one of its strength was watching Sydney work both sides, and Darwyn is forced into a similar position throughout the entire series.

Lastly, the writing and acting performances are great. The storyline offers lots of suspense, action, drama, plot twists, and it gets more exciting with each passing minute. The entire cast gives tremendous performances in fulfilling their respective roles. I was blown away with Oded Fehr. Fehr was amazing in the way he carried his character--providing a cool, suave, likeable person who would kill you in an instance.

Overall, Sleeper Cell is an amazing series that delivers the right mix of action, drama, and suspense into nine mind numbingly exciting episodes. The series is complimented with topnotch writing, great acting performances, and more than enough great content to keep you hooked to the television set. In the end, you will be wishing it were longer. 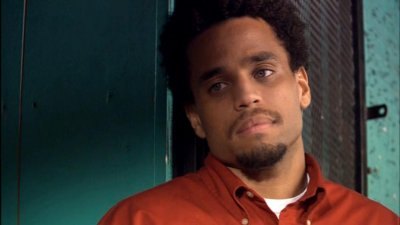 
The DVD
Sleeper Cell has nine episodes, which are spread across three dual-layered DVDs. The DVDs are each stored in standard sized DVD cases, which in turn are housed in a cardboard box package. The first two discs contain four episodes, while the third disc has the two-part series finale episode and the bonus content.

Video:
The video in this release is given in an anamorphic 1.78:1 ratio widescreen color format. The picture quality is quite good. It suffers from a slight grain, but detail remains to be sharp and clear. However, there are moments when the picture suffers compression artifacts and hints of edge enhancement. This is most noticeable during the darker scenes. Overall it is a great looking picture.

Audio:
The audio track in this release is in 5.1 Dolby digital surround and 2.0 Dolby digital stereo. The 5.1 track comes in English, while the stereo track is in English and Spanish. For the best experience, you will want to use the 5.1 track. It is much more dynamic than the stereo track and makes good use of the surround sound capability. In general, the sound quality is very good and it provides an audible and clean track. The dialogue is usually a little flat while music and sound effects come off rich and vibrant.

This release has no support for subtitles, but it is closed captioned enabled.

Extras:
After you have finished watching the series, there are lots of extras included with this box set to keep you entertained. They include two episode commentaries, deleted/extended scenes, and two featurettes.

The deleted/extended scenes run for a little over twenty seven minutes and feature optional commentary with Reiff and Voris. Before each scene the episode number and scene title are provided. There are a total of thirteen scenes, which include "Darwyn Leaves Prison", "Bobby Habib's Story", "You Like Basketball? ", "Farik Likes Donuts", "Sergeant Major Larkin", "Phosgene Jack", "General Tso's Chicken", "Foreplay", "Khashul's Sanctuary", "Searching For Bobby Habib", "Dinner in Karachi", "Serxner's Job", and "None Of Them Have a Clue.

The two featurettes included a behind the scenes look at the series finale and a documentary. The behind the scenes featurette "Making of Finale" features over one hour of content with cast and crew during the filming of the series finale. It is hosted by Reiff and Voris. The documentary featurette "Know Your Enemy" is a fifteen minute production about Sleeper Cell. It is more of an advertisement than anything else, in which a variety of the cast and crew share their opinions about the show and the motivation behind it. The cast and crew members include Michael Ealy, Oded Fehr, Alex Nesic, Blake Shields, Henri Lubatti, James LeGros, Michael Desante, Cyrus Voris, and Ethan Reiff.

Final Thoughts:
Sleeper Cell offers a viewers a chance to see what life is like on the other side--specifically, the preparation of a terrorist attack from a small Al Qaeda terrorist cell. Like 24 and Alias, Sleeper Cell gets pretty intense with lots of action, drama, and suspense to keep you on the edge of your seat. The show offers some topnotch writing by weaving together an intricate story with well-developed, well-defined characters. In the end, you will find Sleeper Cell to be an awesome experience, and with a low M.S.R.P. of $34.95 you can't go wrong.