A weaker attempt to build on the same themes explored successfully in Swept Away Lina Wertmuller's rather predictable Summer Night (1986) tells the story of Fulvia (Mariangela Melato), a wealthy industrialist with plenty of influence, and the southern peasant Beppe (Michele Placido) as they get involved in a twisted game of extortion. How? Fulvia hires a special CIA agent to kidnap Beppe who has been jeopardizing the businesses of a selected group of Northern industrialists by meticulously kidnapping those associated with them. Captured and transported to Fulvia's mansion Beppe is quickly chained and asked to return all of the money he has stolen from the rich businessmen. He refuses Fulvia's demands and instead manages to seduce her with his irresistible Southern charm.

Previously released as part of the Lina Wertmuller boxset Summer Night offers plenty of what made the Italian director such a sensation – political rhetoric mixed with sizzling erotica, spectacular camera work, impressive costumes, and plenty of humor which often tends to be rather edgy. Furthermore, Summer Night once again relies on the curvaceous Mariangela Melato whose sexual escapades with Giancarlo Giannini in Swept Away made her quite the sensation. This time around however even though the blond beauty is still a temptation only a few men would resist the story which Lina Wertmuller has filmed seems to be dragging quite a bit. The humor and political lines are rather weak, the pacing of the film uneven and the conflict between Fulvia and Beppe, which symbolizes the class tensions between the wealthy North and the poor South, is to put it mildly questionable.

The main issue with Summer Night stems from the fact that the film attempts to be more serious than it actually is. The political aspect of the storyline which appears to have been carefully scripted feels quite out of place with what the rest of the film offers. The humor is edgy yet not as sharp as the one Lina Wertmuller used in Swept Away and the conflict between Fulvia and Beppe is quickly transformed into a benevolent game of seduction. As a result it feels as if Summer Night should have been a film where either the political context or the eroticism should have been sacrificed so that only one of the two could be the driving force behind the story. 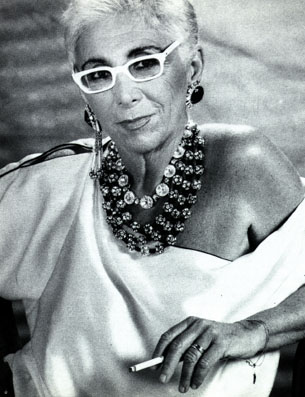 If you look at Summer Night however as a mindless piece of entertainment without all of the political overtones Lina Wertmuller has attempted to tuck in the sensual game of seduction between Fulvia and Beppe is actually quite pleasing. The sizzling action the couple offers in the final act of the film is both erotic and hilarious. Wearing an outfit that makes him look like an aged puppy waiting for his master Michelle Placido is neither intimidating nor is he the macho man Lina Wertmuller wanted him to be. He is rather comical. On the other hand Fulvia with her glamorous outfits (the long black dress she wears during the final scene is spectacular) is indeed a sizzling temptation which Beppe fails to resist. The action that follows up is sensual and quite well filmed and it seemed to me the two actors truly enjoyed their "parts".

Previously released as part of the Lina Wertmuller boxset Summer Night is probably the best looking film (in terms of audio/video quality) Koch Lorber have provided for the US market. Presented in its original aspect ratio of 1.85:1 and enhanced for widescreen TV's the print is practically free of any damage (a bit of dirt is noticeable here and there), contrast is quite convincing, and edge enhancement is rather tolerable. Film grain can often be spotted but not in excessive form that would detract from your viewing experience, rather, I would describe it as being a product of the manner in which Summer Night was shot. Furthermore, as it is the case with quite a few Italian releases I have seen from the same period the opening and closing scenes tend to be the most problematic ones as there is some "shakiness" in the image though most certainly I tend to agree with previously expressed opinions that Summer Night looks most convincing when compared to the rest of the films released in the Lina Wertmuller boxset. Finally, the film appears to have been progressively transferred to DVD (no PAL-NTSC discrepancies to discuss either) which should be a major selling point for many aficionados mesmerized by the work of the Italian master.

The film is presented with its original Dolby 2.0 Italian track and to be honest I do not believe there has been much digital cleaning with this presentation. The sound is noticeably better than what you would get from a VHS release but not as crisp and clear as some of the Italian DVDs of classic Italian erotic and neorealist films that lately have been coming my way. It would have been nice if the audio would have undergone full restoration but I suppose for now this is the best we would get in R1. On a positive side the English subtitles are extremely well made translating some of the raunchy Italian dialog in its full "glory". Well done Koch Lorber!!

Unfortunately there isn't a single piece of supplemental material to be found on this DVD release.