Magnolia Home Entertainment // PG-13 // June 13, 2006
List Price: $26.98 [Buy now and save at Amazon]
Review by Scott Lombardo | posted June 4, 2006 | E-mail the Author
Opening Thoughts: Burt Munro, the real life individual portrayed in The Worlds Fastest Indian was asked in an interview, "Why do you like going fast?" Burt's reply, "Well, who doesn't. Everybody breaks the speed limit… Don't they?" How true indeed. But not all of us speeders can claim breaking a world land speed record. Let alone at over the age of 60. 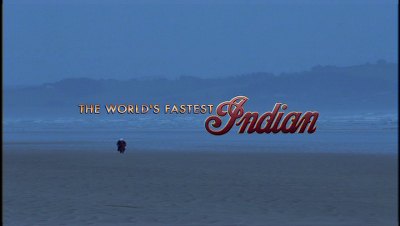 The Movie: The Worlds Fastest Indian follows 60 year old motorcycle enthusiast Burt Munro (Anthony Hopkins), a New Zealander from the city of Invercargill. Much to his neighbor's displeasure, Burt constantly tries to improve his 1920 Indian "Scout" motorcycle at all hours of the day. His techniques are rudimentary and unorthodox, but in the end they get the job done. This "dirty old man" as he's often referred to is certainly one of a kind. Age is nothing but a number in Burt's eyes and it isn't something that he lets get in his way. Far from the small shed where Burt eats and sleeps speed, destiny awaits nearly half way across the word. Burt's life long dream, the salt flats of Bonneville, Utah are where the gods of speed live. There he wants to run his modified Indian "flat out" and hopefully break a world land speed record in the process. The long journey for Burt (and his bike) isn't an easy one, but for someone as resourceful as Burt it's just a matter of time. During his trip to Bonneville, he effortlessly makes friends along the way using his natural charisma and "kiwi" charm. With their help and Burt's determination, he finally arrives at the hauntingly beautiful Bonneville salt flats and the rest is… History. 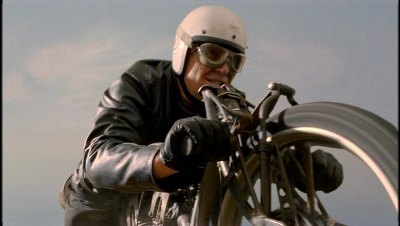 It's frustrating as a fan of cinema when an excellent film doesn't find the audience it so rightfully deserves. The Worlds Fastest Indian is without a doubt one of those films. Grossing only $5 million theatrically in the US, this is a film that should have easily made ten times that amount. This is one of the best "feel good" films I've seen in years and it is even suited for the toughest of tough guys. The story is essentially a "hero's journey" but yet at the same time doesn't necessarily feel that blatant. The Worlds Fastest Indian remains simple, engaging and focused until the last frame. To Writer/Producer/Director Roger Donaldson, this was a personal story that he's had ties to for over 25 years. Donaldson followed Munro for over 2 1/2 years back in the early seventies, shooting a documentary (included on this DVD) about the legendary New Zealander's exploits. The shot selection, pacing, editing and attention to detail in The Worlds Fastest Indian could only be made by someone that has a passion for the source material.

Let us not forget the amazing Sir Anthony Hopkins, who does a brilliant job playing the late Burt Munro. Hopkins impressively captivates the spirit that this individual possessed and that's an incredible achievement in itself. Supposedly Hopkins did such a convincing portrayal of Munro, that during shooting in New Zealand some of Munro's relatives were moved to tears. Hopkins himself said that this is "the best thing I've done" and "certainly the best experience I've had" in regards to The Worlds Fastest Indian. I couldn't agree more because it obviously translates to the screen through his acting. Also making appearances in The Worlds Fastest Indian are several great character actors. They include Walton Goggins, Chris Williams, Paul Rodriguez, William Lucking, Bruce Greenwood, Christopher Lawford and the veteran Native American actor Saginaw Grant. 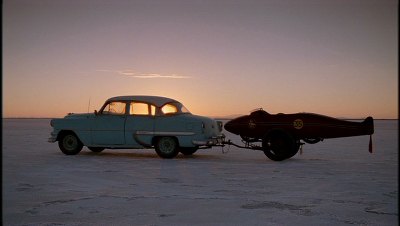 Overall I'd say The Worlds Fastest Indian is a much needed breath of fresh air in the smog ridden state of cinema today. You won't find any explosions, death or gunplay in this film. Nor will you find any reason to complain about overused CGI, overpaid/untalented actors and a top 40 soundtrack. Do yourself a favor and check this film out, you won't regret it. 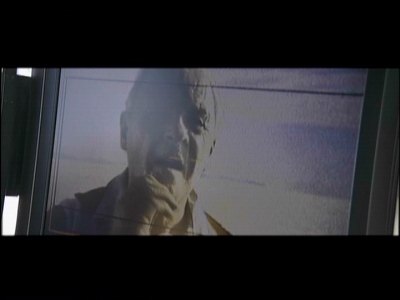 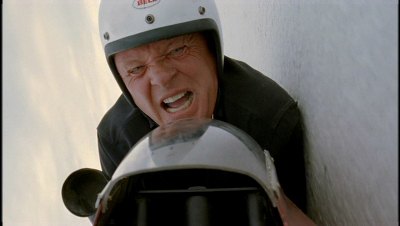 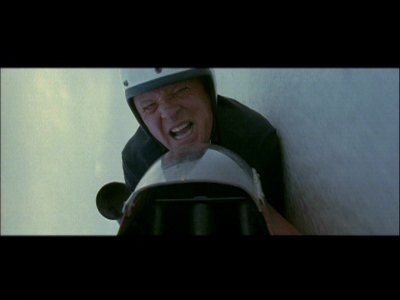 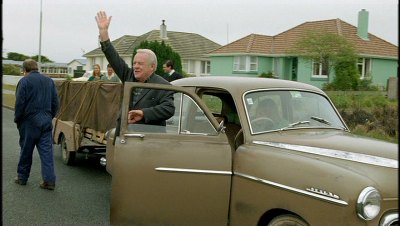 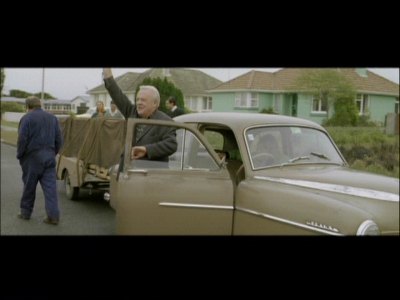 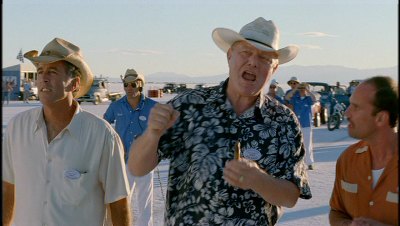 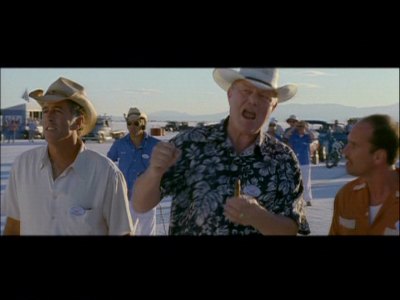 Sound:The 5.1 Dolby Digital track provided on The Worlds Fastest Indian gets the job done nicely. Dialogue sounds great throughout the film and when music is introduced in the mix it sounds clear and crisp. The track really springs to life whenever there's an engine revving up or a motorcycle flying across the screen. Surrounds are used sparingly, but are effectively used when needed. There is also a Dolby Digital 2.0 track and optional Spanish subtitles.

Extras: Magnolia Home Entertainment has done a wonderful job with the extra's on The Worlds Fastest Indian. When it comes to extras, I'm a strong believer in quality over quantity and this DVD certainly delivers just that. The main extra on the DVD is the excellent 29 minute documentary Offerings To The Gods Of Speed. Shot in 1971 by director Roger Donaldson, you get real life footage of Burt Munro, his friends and his family. Seeing this film you really can understand why Burt Munro was such an amazing individual. I felt that it complimented the feature perfectly and really added a great deal to the overall experience. Next up we get another great extra, the making of The Worlds Fastest Indian. Running 45 Minutes long, this piece covers various aspects of the production from the story to the director and actors. There's plenty of great behind-the-scenes footage and informative interviews from the cast and crew. Next we get to the feature commentary track by writer/director Roger Donaldson. Donaldson provides a solid commentary track as he covers everything from the film's production to more detailed information on Burt Munro. The commentary really show's Donaldson's personal investment in his 25 year journey bringing Burt Munro to the big screen. Finally to wrap up the DVD we get 4 deleted scenes and a brief, but convincing promotional advertisement for Burt's hometown of Southland, Invercargill.

Final Words: Films like the The Worlds Fastest Indian seem to be a scarce commodity these days. With Hollywood cashing in left and right on sequels, remakes and mega-blockbusters, many of the true gems of cinema get buried before taking their first breath. I really wish this film had received more recognition during its theatrical run, but then again it only opened on 114 screens so it never really had a chance. Hopefully with this stellar DVD release, people will discover what a great film The Worlds Fastest Indian truly is.

***UPDATE*** A Warning to all Canadians interested in purchasing this DVD up north. Apparently the Alliance Atlantis distributed release of The Worlds Fastest Indian has a NON-ANAMORPHIC 2.35:1 transfer with NO EXTRAS included. Wow. Stay away from that stinker.