When I heard that the Weinstein's new company was starting a DVD label to release some of their Asian films, I must say I was dubious. It's widely known that their track record for releasing foreign films at Miramax was less than stellar. Numerous films were purchased only to be shelved for years, many of which never saw theatrical release in the States. Finally when these titles saw the light of day on DVD, they were usually given mediocre treatment at best. Then there is of course the editing of multiple Asian films released during this time. This infuriated fans to such a degree that they fittingly nicknamed the Disney company "MiramAxe". All this is in the past however, and unlike some people I've been known to be a forgiving person. When I heard the new "Dragon Dynasty" label would be overseen by Bey Logan, a Hong Kong cinema expert who formerly worked for the great UK DVD label "Hong Kong Legends", needless to say I was intrigued. 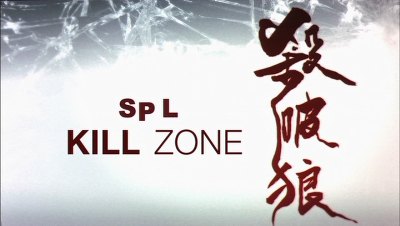 After several key witnesses are killed in a brutal car crash, crime boss Wang Po (played by the legend Sammo Hung) is released from jail to continue running his underworld empire. The man that put Wang Po behind bars, Detective Chan (Simon Yam, Fulltime Killer, Bullet In The Head), is also injured in the car crash assassination and vows to get Wang Po of the streets at whatever cost. In the next few years, Chan and his men try to take down Wang Po, but are unsuccessful. Unfortunately for Detective Chan, time is running out. In addition to life threatening health issues, his retirement is looming in just two days.

Finally Chan receives the break he was looking for in the form of evidence (albeit altered), which can put Wang Po away for life. Chan and his men believe they finally have Po where the want him, but things never quite work out as planned. Complicating matters further, Detective Chan's hard lined replacement, Inspector Ma (martial arts master Donnie Yen), is shadowing him and his men. It's not long before events soon spiral out of control, forcing lines to be drawn and blood to be spilled. 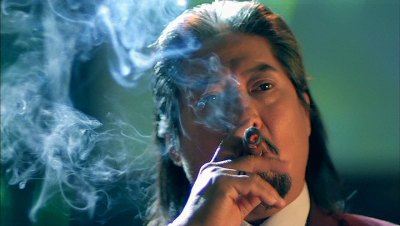 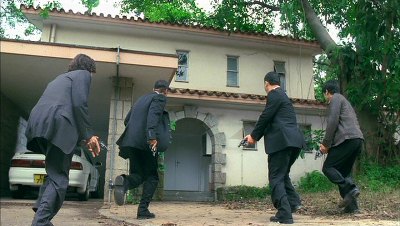 Kill Zone has generated quite a buzz since originally being first released back in late 2005. Some people have even gone so far as claiming that the film has resurrected Hong Kong's once groundbreaking action-thriller genre. On top of that, I've read numerous internet message board postings where people have engaged in virtual melees over this film. To me, that kind of negative/positive interest usually means that you have a great film on your hands. After finally getting around to viewing Kill Zone, I've concluded that my instincts were right.

While I wouldn't necessarily say that Kill Zone has brought forth a new era for Hong Kong Cinema, it certainly is a very well made film. Kill Zone delivers on many levels, while still remaining quite visceral, centered and entertaining. Director Wilson Yip (2002, Bio Zombie) does a great job of keeping the film looking stylistically slick and also retaining a balance. The story is far from perfect and at it simplest form, is just another over-the-top cop trying to bring down a notorious criminal. There are some nice touches added to the film and in the end I found myself caring about the majority of the characters. More importantly, the story knows its place and is used very effectively to set up the fight scenes.

As I mentioned before, one of the reasons the film works so well is that the fight scenes really flow with the story. Donnie Yen's fight choreography is outstanding to say the least. If you're looking for elaborate, wire-fu laden fight sequences, it's best that you look elsewhere. The fights in Kill Zone are fairly realistic, gritty and downright bloody. One of the aspects I really enjoyed is Donnie Yen's integration of MMA (Mixed Martial Arts), more commonly seen and practiced in the UFC and Pride FC organizations. There are multiple instances during several of the fights, where the combatants go to the ground and utilize Jiu-Jitsu and ground-and-pound techniques. This hasn't been seen that much in traditional Hong Kong fight choreography and it's very refreshing. Besides the amazing final fight between Yen and Hung, a very talented marital artist named Jacky Wu really delivers some great performances in Kill Zone. Wu has mostly worked in mainland Chinese television, but I'm positive you'll be seeing more of him on the big screen as his martial arts skills are impressive. 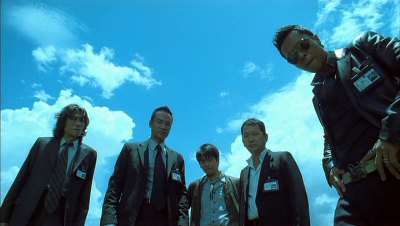 Of course Kill Zone wouldn't be half the film it is without it's all-star cast. Donnie Yen, Sammo Hung and Simon Yam are simply some of the best talent that Hong Kong has produced in the last 20 years. It's always nice to se Yam do what he does best and it's even nicer to see Donnie Yen get to utilize some of his acting skills (as well as his martial arts). Kill Zone comes as a breath of fresh air to Sammo Hung, whose prolific film career in Hong Kong Cinema has somewhat languished in the past years. Not usually know for playing a villain, Sammo does a fantastic job of realizing his character. Not to be forgotten are the wonderful character actors that comprise Detective Chan's squad. Kai Chi Liu, Danny Summer, Ken Chang and Austin Wai all contribute great performances to the film and really add depth and believability to the film's story.

There's also one other small matter I'd like to bring up regarding this DVD release. Well actually it's not a small matter, it's quite significant. Originally this film was released as Sha Po Lang or commonly referred to as SPL. While the meaning of the title is complex, the title even in its shortened form apparently didn't have enough ZING to be successful here in the US. So, for whatever mind boggling, bat guano insane reason, the film was retiled Kill Zone. Not only does this new name have anything to do with the film whatsoever, it also is the same name of a mediocre First Person Shooter for the Sony PS2 gaming system. For a company who's trying to mend fences with legions of fans it's constantly crapped on in the past, pulling this kind of stunt isn't exactly the way to warm their way into their hearts. 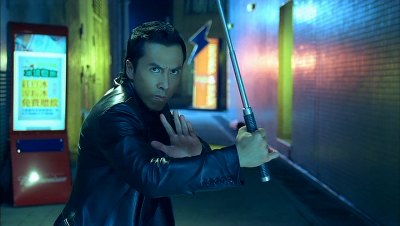 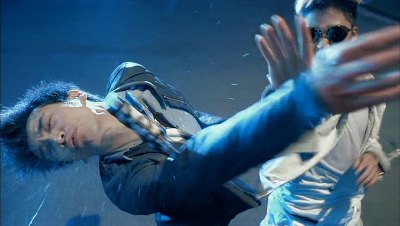 Also included on the first Disc are two fantastic Behind the Scenes featurettes, "Anatomy of a Scene: Alleycats and Challenge of the Masters". Both segments are roughly about a half an hour long in length and can be viewed separately or together. Each featurette covers in-depth one of the major fight scenes in Kill Zone. There are two audio options available to watch each featurette, the original Cantonese DD 2.0 track with English subtitles or a commentary track with Bey Logan and Donnie Yen. Fans will probably want to check out the featurette with and without the commentary track, as both options yield plenty of info and are entertaining (especially listening to Donnie ramble on). Also on the first disc is a "Promotional Gallery" which contains the films "Theatrical Trailer", "Us Promotional Trailer" and four "TV Spots".

Disc Two: The main extra on the second disc is the "Interview Gallery". This houses 5 separate interviews entitled "Born To Be Bad with Sammo Hung", "First Among Equals with Donnie Yen", "Echoes of Darkness with Simon Yam", "A Man Apart with Wilson Yip" and "A Dragon Rising with Jacky Yu". Each interview is in Cantonese with removable subtitles (except the Donnie Yen piece, which is in English) and can be played separately or together. The total runtime of all five pieces is around an hour and forty five minutes. Lastly included on Disc Two is a brief, 10 minute featurette entitled "Kill Zone: A Making-Of Documentary". It's basically an EPK, but it's worth a watch. Just don't expect much depth or insight on the film.

With the exception of the "Making-Of" and the "TV Spots", all the extras are presented in 16x9 anamorphic widescreen. Also of note, the release is packaged in a slipcover of the same cover design. 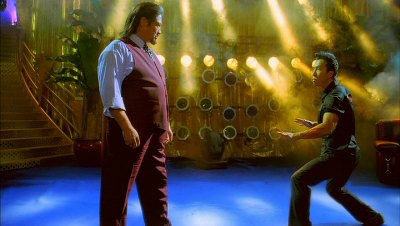 What can I say, I'm VERY impressed with the first DVD release from the Dragon Dynasty label. So much in fact that I'm now eagerly awaiting their upcoming releases, which include Tony Jaa's The Protector, Seven Swords and several John Woo classics like The Killer, Hard Boiled and A Better Tomorrow I & II. I applaud the Weinstein's for taking the right steps to deliver solid DVD releases of their Asian titles. I just find it a shame that they had to give a great film like SPL such a crappy re-title. If it wasn't for that glaring mistake, I'd give Kill Zone our highest recommendation. Oh well, maybe next time Bob and Harvey. Highly Recommended.