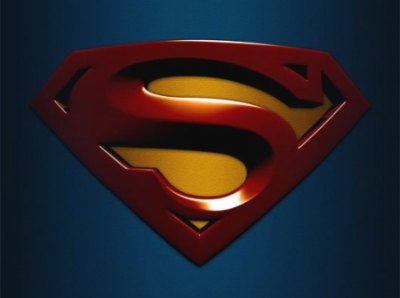 As a fan of both comic books and movies, I'm disappointed to say that I've only enjoyed a handful of the comic book-related movies I've seen so far. More often than not, we've got to suffer through a dozen Elektras and Fantastic Fours before we get something as meaty as Batman Begins or Sin City to chew on. As far as the iconic figure Superman goes, his cinematic résumé has been sorely lacking in recent years: after a great original movie and a decent sequel, Superman III and IV fizzled out the big-screen franchise roughly two decades ago.

Things got even more frustrating in the mid 1990s, as it seemed that everyone and their mother were slated to direct, produce and/or write the next installment of Superman. Kevin Smith finished two different drafts of the screenplay before producer Jon Peters blocked his attempts; in fact, Smith told the complete story during An Evening with Kevin Smith, hinting that Peters' dreams of giant mechanical spider battles would soon come true in the dreadful Wild Wild West (1999). Tim Burton was brought on shortly thereafter (with Nicholas Cage penciled in as Superman), but left due to creative differences; the same would later be said of Charlie's Angels director Joseph "McG" Nichol. The frequently re-titled film was shelved even further when director Brett Ratner came on board, but no one was signed to play the title character. For the time being, it looked as if Superman's theatrical return would never see the light of day.

Luckily, the studio got their act together when director Bryan Singer was nailed down as director of the project in July of 2004. Having cut his teeth on the first two well-received X-Men films, Singer turned down X3 in favor of the newly-titled Superman Returns. With Kevin Spacey (The Usual Suspects) and Kate Bosworth (Wonderland) signed on as Lex Luthor and Lois Lane, the virtually unknown Brandon Routh was hand-picked by Singer to wear the red and blue tights. Roughly $200M later, the final cut made its way to theaters---and though it didn't quite live up to box office expectations, there's no doubt that Superman Returns is a worthy adaptation of the Superman legacy. Long story short: the late Christopher Reeve---not to mention creators Jerry Siegel and Joe Shuster---would be proud.

More than a standard-issue superhero action/drama, Superman Returns is a spiritual, poignant character study for one of the industry's most enduring icons. This time around, the Man of Steel has abandoned Earth for five long years; in his absence, Lois Lane has written a scathing, Pulitzer Prize-winning piece called "Why the World Doesn't Need Superman" (ouch!), having also become a mother and soon-to-be wife. Meanwhile, Lex Luthor has conned his way into a fortune, using the proceeds to seek out crystals from the Fortress of Solitude; naturally, he'd use these crystals to shift the planet's landscape for his own benefit. After all, what kind of super-villain would Luthor be if he didn't?

Over the course of this three-hour adventure, Superman reassures Lois and the rest of the world that yes, they need Superman more than ever. It almost borders on "What If?" territory, yet the sweeping, dramatic story is told with such care and conviction that it's easy to get behind. Routh handles the dual role perfectly---almost too perfectly, as he's an uncanny match for the late Christopher Reeve in both likeness and demeanor. From clumsy and bumbling to confident and heroic, Routh keeps the transition smooth. With that said, you'd think more citizens of Metropolis would be able to make the Clark/Superman connection: as usual, the glasses and parted hair are enough to fool everyone.

There are, of course, a few nitpicks that make themselves known during Superman Returns. Kate Bosworth does a fine job as the spirited Lois Lane, but she just doesn't seem old or experienced enough to be a seasoned, Pulitzer-winning journalist. Kevin Spacey chews the scenery nicely as the dastardly Lex Luthor, yet a few of his goombas are played too much for comedy relief to seem like a genuine threat to the city. There's one issue that corrects itself quickly, involving a certain younger character who comes of age: he's thankfully pushed to the background during the last third of the film, but at least his eventual "introduction" provides a nice jolt during the second act.

All things considered, Superman Returns is a fantastic film that mixes familiar elements with a contemporary style to keep everything fresh. It's also nice to see a few familiar faces and winks at Superman lore, including the opening title sequence, the "resurrection" of Marlon Brando as Superman's father, Jor-El (via digital trickery) and a clever nod to the famous Action Comics #1 cover. Superman Returns was obviously a labor of love for the cast and crew, proving to be as invaluable to the franchise as Batman Begins was to DC's other cultural icon. The DVD presentation by Warner Bros. pairs the main feature with an excellent technical presentation and a nice spread of bonus material, though a slimmer single-disc edition is also available for casual fans. Let's take a closer look, shall we?

Presented in its original 2.35:1 aspect ratio and anamorphically enhanced for widescreen displays, Superman Returns looks very good with a few reservations. The film was reportedly shot entirely on high-definition video, so the limitations of certain scenes are likely due to the source material, not the transfer. Certain outdoor scenes look remarkably crisp, vibrant and colorful, while darker sequences display mild amounts of grain and seem slightly muddy. Overall, the positives certainly outweigh the negatives, while Warner's excellent track record earns them a slight handicap.

Despite any reservations with the video quality, there's no doubt that the 5.1 Dolby Surround mix (also available in Spanish) really gets the job done. Dialogue is clear and easily understood---except for portions of Marlon Brando's vintage monologue, which purposely sound a bit thin and hollow---while the numerous action sequences come to life with vibrancy and atmosphere. From the nearly-doomed airliner to the rising of Lex's new continent, several scenes take full advantage of the rear channels and subwoofer, much to the dismay of neighbors nationwide. Optional English subtitles are provided during the main feature, though the extras are only subtitled in French. 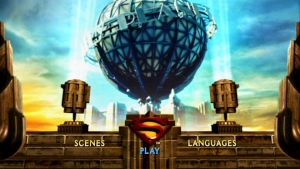 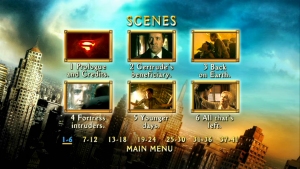 Surprisingly basic and straightforward, the menu designs for Superman Returns (seen above) are smooth, simple and easy to navigate. The 154-minute main feature has been divided into 41 chapters, while no discernable layer change was detected during playback. This two-disc set is housed inside a slim double keepcase, which also includes an embossed slipcover and a few promotional inserts. Unfortunately, the cover art is a bit lacking.

Bonus Features:
Confined solely to Disc 2 is a nice mix of bonus features, though the lack of a feature-length audio commentary is a bit disappointing. Luckily, the exhaustive documentary "Requiem for Krypton: The Making of Superman Returns" (5 parts, 2.53:31 total) helps to make up for it. This feature-length piece explores the pre-production and casting, design and look of the film, the actual shooting (including "Superman on the Farm", "Superman in the City" and "Superman in Peril"), a tongue-in-cheek look at the villainous Lex Luthor and the film's final wrap.

Featuring tons of participation and comments from the cast and crew---including director Bryan Singer, who looks understandably freaked out at times---"Requiem for Krypton" proves to be an entertaining but down-to-earth overview of the film's production. Routh composes himself nicely during what must have been a stressful experience, remaining generally low-key and calm during many of the segments. From the green-screen sets (below left) to an extra's point of view, nearly every base is covered in mild to moderate detail. You'll also want to stick around for the closing credits, as we're also treated to a brief blooper reel that may or may not include Marlon Brando.

Next up is an interesting visual effects snippet, "Resurrecting Jor-El" (3:59, below right), showing us a step-by-step demonstration of how Brando's character was brought back to life for the film. Many die-hard fans already caught a glimpse of this demonstration months ago on the Internet, but it's good to have it preserved on this release. 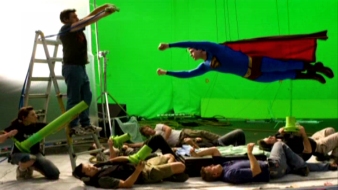 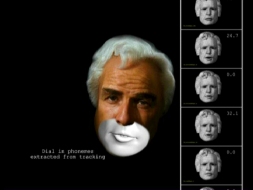 Also here is a collection of Deleted & Extended Scenes (11 clips, 14:45 total), including "The Date", "Family Photos", "Crash Landing / X-Ray Vision", "Old Newspapers", "Are You Two Dating?", "Martinis & Wigs", "I'm Always Right", "Jimmy the Lush", "Language Barrier", "Crystal Feet" and "New Krypton". Most are quiet, dramatic moments that occur during Clark's time back on the farm; they're all presented in finished form, but a few shots haven't been digitally scrubbed to erase support wires and the like. They're relatively minor moments overall, but certainly worth a look.

Closing out the extras is a Trailer Gallery, including the excellent teaser and trailer for the film, as well as two related video game previews and a plug for the upcoming Christopher Reeve Superman boxed set. You'll also want to keep your eyes peeled for an Easter Egg featuring additional line flubs by Kevin Spacey.

All film-related bonus features are presented in 1.78:1 anamorphic widescreen and 1.33:1 aspect ratios, tightening the overall look of this solid 2-disc set. Again, the only subtitles included during the extras are in French. Le sigh.

Easily one of the best comic book films in recent memory, Bryan Singer's Superman Returns is a three-hour ride that literally flies by (*groan*). It's not without a few nitpicks along the way, but it's hard to complain when such a long-overdue film hits so many of the right notes. It's good to know that the relatively disappointing box office totals won't stand in the way of future installments, as Singer, Routh and company seem to have the superhero and his alter-ego locked down tight. Warner's DVD treatment is relatively satisfying in all departments, boasting a solid technical presentation and an entertaining mix of bonus material. Whether you're a Superman disciple or just a fan of great action and drama, this excellent 2-disc Special Edition is certainly worth picking up. Highly Recommended.