A shop-window prostitute from Amsterdam finds herself taking care of a boy whose mother is in trouble with a local pimp. Strolling through the Dutch countryside the duo forms an unusual friendship, with past quickly catching up.

Five years after the release of La Fille sur le pont a.k.a Girl on the Bridge (1999) director Serge Frydman and pop-star Vanessa Paradis reunite in the lyric drama Mon Ange a.k.a My Angel (2004). Inspired by John Cassavetes' Gloria (1980) pic explores similar themes though it remains notably quiet, devoid of tension.

Colorful vistas combined with literally texts create a peaceful environment in harsh contrast with pic's premise. Despite of the uncomfortable subject matter pic also stays away from vulgar, edgy dialog. A sense of tranquility is achieved through the introduction of long, full of color, continuous shots.

Pic's direction is predictable yet never dull. Paradis' character evolves into an excellent guide who not only understands what makes live worth living but provides great words of encouragement as well. These are not empty, devoid of logic, statements but tested and meaningful words. Yet, she often contradicts herself transforming pic into a curious watch, lyrical but grounded. 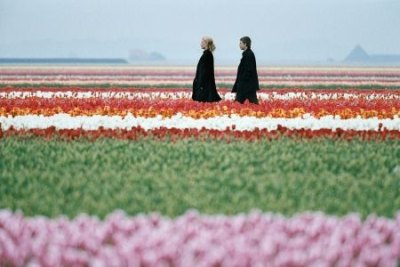 Billy (Vincent Rottiers), the young boy whose mother has abandoned him, is just as impressive. He is quiet, absorbing reality, but hurt. The unusually long scenes where he is seen dreaming are difficult to decipher forcing the viewer to guess what is hidden underneath pic's shell.

A secondary story, involving an ex-lover (Eduardo Noriega), is introduced late but has little relevance, if at all. It only partially explains what might have taken place in Colette's past and why she is constantly attempting to become pregnant.

Pic's finale is infused with symbolism necessitating a meticulous read. Yet, it is Paradis' incontestable talent that elevates pic above other films with similar narratives. 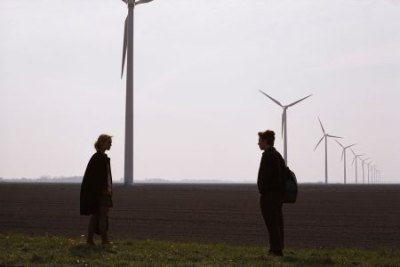 Presented in its original aspect ratio of 1.85:1 and enhanced for widescreen TVs the print provided by Parasol Pictures appears to be an exact replica of that released by MK2 in France. Contrast is very well handled, colors are lush and vivid, and print damage is nowhere to be seen. Edge-enhancement pops up a few times (the field scene towards the end of the film) but overall is kept at a satisfying level. The print is progressive and those viewers with larger set ups will be satisfied by the fact that the image remains solid all throughout. PAL-encoded, Region 2.

The only audio track provided here is a French 2.0 mix whose quality does not suffer from any major issues. Dialog is easy to follow and the little supporting music comes off the speakers without any side occurrences - I did not detect any disturbing hissing(s) or audio drop-outs. Issues of balance were also not present. The optional English subtitles are well done but their placement, a tiny bit higher than expected, I am not satisfied with. The subtitles should have been smaller and placed lower towards the bottom frame.

Even though the back cover for this UK produced disc indicates the presence of an interview with Serge Frydman and a theatrical trailer such are not present on this release.