Winner of the Best Narrative Feature Award at the Tribeca Film Festival in 2005 Chinese production Stolen Life arrives to US shores via First Run Features and their impressive collection of world films gathered under the Global Lens logo.

The film tells the story of a young girl, Yanni (Zhou Xun), whose desire for independence presents her with a myriad of impossible dilemmas. Love and disillusionment quickly produce a dramatic string of events leading to a provoking finale with a philosophical message. Addtionaly, pic's delicate handling of clichéd themes is indeed impressive leaving little for the viewer to be dissatisfied with.

The love affair between Yanni and a fine-looking truck driver spurs a fascinating conflict of ideas. Traditional Chinese values are questioned with the introduction of strong sub-themes about self-determination and modernity. On the other hand, the fine exploration of China's new look, that of a country driven by old-fashioned capitalistic competition yet ruled by a resilient communist regime, is striking.

Chinese director Li Shaohong, a product of the Beijing Film Academy, reveals a great sense of composure and an impressively intelligent approach to a complicated subject matter. The director's ability to be equally effective with a script where intimacy and political criticism continuously overlap each other elevates Stolen Life a step above films dealing with similar subjects. The result is a never-dull study of a woman in a country of questionable ideals. 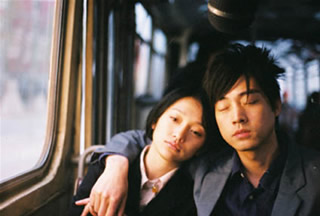 Where Stolen Life is likely to disappoint those who are well aware of the current state of affairs in China (ironically, the film is based on a true story) is the prevalent notion of guilt pic attaches to a particular social group. It is a strange feeling to say the least which follows Yanni all the way to the final scene where she recollects herself, reclaiming her "stolen" life.

Presented in aspect ratio of 1.78:1 but not enhanced for widescreen TVs Stolen Life has been given quite a disappointing treatment. Aside from the lack of ahamorphic enhancement this also appears to be an improperly converted print marred by a disturbing amount of "ghosting", so much of in fact that at times the image is practically unwatchable. Aside from that the color-scheme looks rather dull and washed away while contrast is far from convincing. To sum it all up this presentation is far from what it should be. And this is putting it mildly!

Presented with a Mandarin DD track and burnt-in English subtitles the audio treatment is on par with the video presentation: below average. The Mandarin soundtrack provides just the bare minimum a film needs so it could be seen by those who might be interested in it. I did not detect any audio drop-outs or hissing but it would be fare to say that I am quite disappointed with how the film was treated by the R1 distrib.

Aside from the original theatrical trailer and a gallery of trailers for other films from the Global Lens Series there is nothing else to be found here.

A strong film by an exceptionally gifted director with a bright future Stolen Life is not as transparent as it may initially look. It is thought-provoking and far more suggestive than what I expected. The DVD presentation on the other hand is below average bordering disappointing. It is great to have this award-winning picture in an English-friendly form, I just don't know how much one could appreciate its message given the lackluster treatment.