I have seen three of Francis Veber's most recent efforts - the hilarious The Dinner Game (1998), the pink comedy The Closet (2001), and the firecracker Shut Up (2003). The first was simply brilliant, the acting, the story, everything came together perfectly. The second managed to keep me entertained primarily because it avoided clichés I've grown tired of seeing when gay characters become the focus of attention. The third left me indifferent even though I have a soft spot for the professional (Jean Reno). I wasn't sure what to expect from monsieur Veber's latest La Doublure a.k.a The Valet (2006).

The premise surely sounded rather dull: a billionaire CEO (Daniel Auteuil) is on the verge of a massive scandal when paparazzi catch him with a beautiful supermodel (Alice Taglioni). In order to convince his wife (Kristin Scott Thomas) that he isn't cheating the CEO hires a humble valet to pose as the model's boyfriend. As the story progresses the valet proves more honorable and worthy of our respect than the CEO.

The cast on the other hand was anything but dull. In fact, I rushed to see this film primarily because I was impressed by the list of names collaborating for this project. I assumed that if Veber was half as convincing as he was with The Dinner Game and half as suggestive as he was with The Closet I would be in for something special.

I popped in the disc, I sat on my leather couch, and...ninety minutes later I had two empty espresso cups in front of me. What a snoozer!

I don't often get aggravated by watching comedies but The Valet surely tested my tolerance for mediocrity. The story, the choppy pacing, the ludicrous lines, the "romantic" vibes flying around, everything in Veber's latest was so tastelessly put together that I can not believe last year the honorable jury members at the Cesar Awards saw this film worthy of partial recognition (nomination for Best Supporting Actor).

In France Veber is seen as a force in conventional cinema, something of a mainstream paradox whose work entices both serious film buffs and those who tend to like their films sweetened. The Valet is likely to change that. The intelligent and edgy humor coupled with easy to associate with, believable, characters from Veber's early work is practically absent here. On the other hand the "sweet" is so overdone that it feels bitter, rather impossible to bear. Logically, The Valet is neither funny nor entertaining.

Short and to the point: if you ever needed a confirmation that a superb cast is capable of producing nightmarish cinema...look no further, The Valet is it. 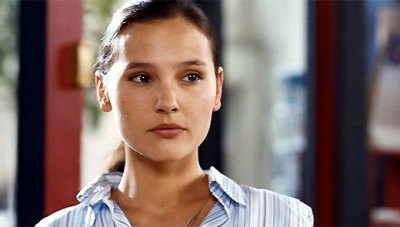 Presented in its original aspect ratio of 2.35:1 and enhanced for widescreen TVs The Valet DVD offers strong and very convincing image quality. Colors are sharp and lush, detail is well-defined, while edge-enhancement isn't an issue of concern. The actual print is of near-pristine quality and there is absolutely no damage here that I could spot. In addition SONY have transferred the print progressively boosting the overall positives mentioned above.

Presented with its original French 5.1 track and optional English subtitles the audio practically flawless. Dialog is very easy to follow and I could not detect any distortion or drop-outs. The rear channels appear to have been used fairly often even though the feature does not offer enough to impress most of you with sensitive ears. I have no reservations here.

In addition to a standard Making Of which follows the cast and crew while in action this disc offers an interesting commentary by Francis Veber. I was quite curious to hear what his take was on this film and suffice to say I was not disappointed. In fact, I found the commentary, which I must note is the director's first one in English, to be simply times better than the film. Monsieur Veber spends a great deal of time noting the importance of specific details (the presence of Chuck Berry's music for example) in addition to supplying fabulous bits of info pertaining to the cast, the filming process, the story, etc.

The Valet isn't a film I would recommend to those who are yet to acquaint themselves with Francis Veber. I found the story lacking, unconvincing, and anything but entertaining. Yes, the cast is impressive yet the final product is anything but!