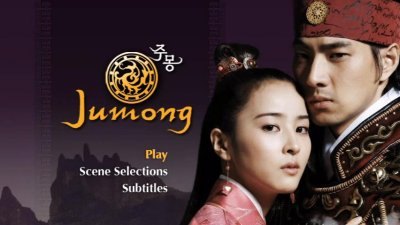 Jumong, also known as Prince of the Legend, is a South Korean television drama (K-drama) from the MBC network. The series is a historical drama based loosely on the real life accounts of Jumong. He was a king in Korea's history that helped form a massive kingdom and protect its citizens from the oppressive Han Empire. The true details about Jumong's life and the events surrounding it are not historically accurate. The story is more a myth, which can be read about in the volume one reference guide booklet. The K-drama Jumong portrays a loose interpretation around the myths and limited information about him. There are a total of eighty-one episodes that make up the series. They are being released on DVD by YA Entertainment in four volumes. This review covers volume four, episodes 62-81. Refer to volume one for episodes 1-20, volume two for episodes 21-40, and volume three for episodes 41-61.

The fourth volume picks up with Jumong having recently united Jolbon. He (with Sosuhno's help) convinced all the chiefs to join together without bloodshed. This volume focuses on Jumong forming the new nation Koguryo with Jolbon and the Damul Army at the center, as well as life after the formation of Koguryo. It is an epic conclusion to the thrilling tale of Jumong. And, like previous volumes, this one continues with nonstop drama and even more enticing action sequences with the Damul Army facing off with Puyo and the Han.

As volume four begins, the various nation states are suffering from famine and a plague. Jolbon, Puyo, and others do not have enough food to feed their citizens or medicine to treat the sick. Many people are dying and it is a serious threat that Jumong and Kumwa must deal with. At the same time, Kumwa joins forces with Daeso and the Han to destroy Jumong. In the end of volume three, Kumwa visited a special mystic and learned that Jumong would be the downfall of Puyo. Since that event, he has turned into a darker person. There are some big events associated with Kumwa's fall from grace, which make for great melodrama and also sad moments.

As mentioned, Kumwa joins forces with the Han. The two nations form an alliance to pressure local tribes and small nations to stop trading with Jolbon. It is their intent to let Jolbon die by famine and plague. In order to maintain the recently united Jolbon, Jumong must think of something to get food and medicine. Otherwise, the Jolbon chiefs will rebel and join forces with Puyo/Han. Jumong leads his most trusted fellows to search for Buwiyum. He is a renowned pirate captain known for smuggling goods via the sea. Jumong wants his help to transport food and medicine to Jolbon and bypass the Puyo/Han blockades.

There is also a new character, who was introduced in the final parts of volume three, Bubunno. He is a warrior in Daeso's command that joined him while he was banished to the Eastern frontier. He is sent into Keru under the guise of a migrant to kill Jumong. The catch is that Daeso has his family under close watch and will kill them if he fails to assassinate the commander of the Damul Army. Bubunno has issues with Daeso's dark personality and willingness to kill innocent women and children. At times, he appears to want to join Jumong. It is ironic that as a spy Jumong gives him a job as the Head of the Headquarters Garrison. Bubunno's internal conflict, who to follow (Jumong or Daeso), is an important development in the early part of volume four. 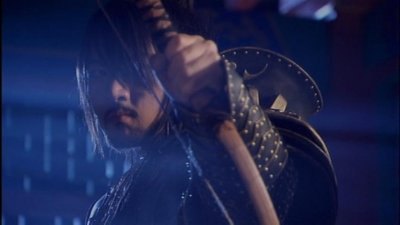 Another big development, which ties into early volumes, deals with Yangsullan. She gets really nutty this volume. The existence of Yesoya at the palace has always tormented her. Lately, it has gotten worse. Yangsullan learns she cannot have children and blames Yesosya. She decides that Yesoya's son Yuri should be her own. It is a bit crazy, and even the Queen makes an effort to keep Yuri with Yesoya (and she hates Yesoya). Oh the drama!

Also in the palace, Yuhma and Yesoya escape from Kumwa's clutches, only to be captured by Naro while trying to sneak out of the city. Yuhma makes additional efforts to get out of the palace. Originally, Kumwa had promised to let Yesoya and Yuri go to Jolbon once he was convinced Jumong would not attack Puyo. Since Kumwa turned to the dark side, he decided to keep them as hostages. Yuhma and Yesoya repeatedly make attempts to run away. Yesoya is successful in one attempt, but captured by Mr. Hwang (relative of the Han Prime Minister and close ties with Youngpo). Mr. Hwang brings Yesoya to Hyunto and keeps her hostage. Eventually Youngpo finds out about her and uses her to blackmail Jumong. Unfortunately, Youngpo loses her and no one can find her or Yuri.

In the aftermath, Jumong believes that both Yesoya and Yuri were killed during an attack on Hyunto. He does not have time to mourn, as Jolbon is facing a major dilemma. Some want Jumong to become the ruler of Koguryo, while others want Sosuhno. In order to appease both sides and avoid a civil war, Jumong and Sosuhno get married, as both believe they are widowed. Little do they know that Yesoya is still alive and kicking.

In the final episodes of Jumong, the events take place fifteen years after Jumong and Sosuhno's wedding. Jumong has raised Sosuhno's sons Piryu and Onjo as his own. The nation of Koguryu is a force to be reckoned with. The story begins to come to a halt with Koguryu and Puyo joining forces to decimate the Han. At the same time, Yesoya and Yuri come back into the picture and there is a lot of drama about Jumong's two wives and three sons.

Overall, the fourth volume of Jumong is another intense series of episodes. This volume sees some of the biggest and most dramatic moments, with characters doing the unthinkable, massive battles with Puyo-Han-Koguryo, emotionally powerful moments, and more. It is a solid conclusion to the series. 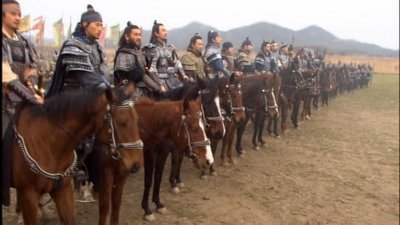 Extras:
For extras, Jumong, Volume 4 comes with a behind-the-scenes/interview featurette, a weird short, and a bloopers reel. The extras are streamlined together in one title on the DVD and divided into three separate chapters. I would have preferred the extras as separate titles. Here is the breakdown of the extras:

Final Thoughts:
Jumong is a Korean television drama loosely based on the historical character Jumong, who helped shape one of the strongest Korean kingdoms that stood up to the oppressive Han. This fourth and final volume concludes the story with several key developments from Jumong forming Koguryo to a massive war against the Han to Jumong being reunited with his long lost family. The content offers compelling drama and exciting action that will dazzle and entertain. It will leave you glued to your seat dying to know what happens next. It is worthy of the highest recommendation possible, DVD Talk Collector Series. The set also comes with a pretty fun featurette that shows another side of the cast.