Polish director Andrzej Zulawski might well be one of the most elusive names to locate on DVD. His films are either impossible to find or badly butchered by censors, distribs, and translators, when given the right to exist. With the exception of Anchor Bay's passable treatment of Possession and Second Sight's The Third Part of the Night every other Zulawski disc I have in my collection is of mediocre quality.

Fortunately enough German distrib New Entertainment World have provided a much needed English friendly version of Zulawski's The Most Important Thing: Love (1975) which up to this point has been available only through second-hand VHS. This is also an uncut version of the film which fans of the Polish director will be surprised to find out is in good condition.

The Most Important Thing: Love focuses on the problematic relationship between an impulsive photographer (Fabio Testi) and an aspiring soft-core actress (Romy Schneider) trying to make it big. Committed to her dying husband (Jacques Dutronc) and desperately attempting to offset the advances of the photographer the actress finds herself in the middle of a most complicated moral dilemma. As right and wrong become intertwined in a sea of provocative scenes the actress decides to follow her heart.

Beautifully-photographed, edgy, and with a soundtrack to die for The Most Important Thing: Love is considered to be Romy Schneider's breakthrough in European cinema. Graced with a powerful supporting cast - Klaus Kinski, Jacques Dutronc, Claude Dauphin - the film revealed a look and feel that blended perfectly with Zulawski's unconventional vision for cinema.

Based on Christopher Frank's novel pic reveals a balanced look (in terms of progression) which many familiar with Zulawski's work will be surprised to witness. The sense of chaos (Szamanka, The Devil) which the director often resorts to in his films is replaced by a less moody and straightforward flow of images transforming The Most Important Thing: Love into a pleasant melodrama rather than a visual feast of twitchy scenes (Possession). The actors' lines are equally harmless and devoid of literary references (My Nights Are More Beautiful Than Your Days) suggesting that pic wasn't meant to provoke, but rather remain as serene and intimate as possible.

Logically, pic's greatest achievement is its ability to detach Zulawski's philosophical view on love and the complications love is capable of producing from the natural environment in which those affected by it co-exist. Thus, the sense of order pic instills allows for a more coherent, even universal, read on the platonic and moral struggles between the two sexes (La Fidelite) ultimately ranking this film amongst the director's best. 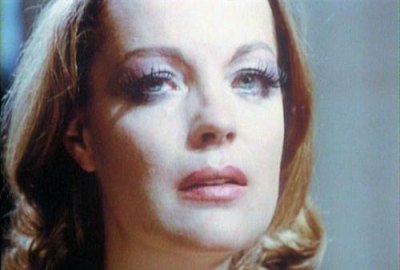 Provided in a slightly altered aspect ratio of 1.78:1 as opposed to its original 1.66:1 and enhanced for widescreen TVs this R2 release offers a fairly good video quality which should meet the expectations of those accustomed to seeing Zulawski's work on terribly looking, mostly second-rate, prints. I don't see any signs of digital restoration here and as far as I am concerned this print was derived from an analog master. Nevertheless, the overall quality is quite good: colors are convincing but not fresh looking and lush, contrast is acceptable if not very good, while detail is consistently above average. Major damage and/or marks and scratches are not present except for a few tiny smidges during the opening and closing scenes. To sum it all up I am perfectly happy with what I have in my hands given how difficult it is to locate Zulawski's films in top-notch condition to begin with. Region 2, PAL-encoded.

This European disc has received a most curious treatment. There are three audio tracks here: German DD 2.0, French DD 2.0, and English 2.0 and only optional German subtitles. So, this being said I know that the film has been shown with its French audio track many times before yet the bulk of the spoken lines here are in English (both Testi and Schneider have their lines in English). My initial exposure to it was also via the English audio. Therefore I tend to disagree with the fact that French is often listed as the film's only original language track. The actual audio treatment is good: dialog is easy to follow and aside from a tiny bit of noise I noticed during selected scenes everything else appears to be in tact.

The only extras on this disc are a gallery of stills, notes in German pertaining to the film, a soundtrack with five of the film's most notable tunes, and German and French trailers for the main feature.

I have pretty much come to the conclusion that Zulawski's films will never see full blown restoration. Even the masters provided by PolArt for some of his older works appear to be from passable to mediocre quality. So, anyone who actually puts an acceptable print of his films is likely to get a high mark from. This is just the reality we have to face and I don't see anything changing any time soon. Unless of course Criterion decide to pleasantly surprise us with a deserving disc for one of the director's more controversial works. Therefore, I am going to recommend this disc to you based solely on the fact that this will likely remain the only English friendly release of The Most Important Thing: Love for quite some time.