Legends of the Poisonous Seductress - Okatsu the Fugitive

Rykodisc // Unrated // November 13, 2007 // Region 0
List Price: $24.95 [Buy now and save at Amazon]
Review by Stuart Galbraith IV | posted December 6, 2007 | E-mail the Author
There's not a whole lot to say about Okatsu the Fugitive (Yoen dokufuden Okatsu kyojo tabi, 1969), the third and last film of Toei's quasi-chambara trilogy about a female swordswoman, nor a lot of enthusiasm to be mustered up. Practically a remake of the previous entry, Quick-Draw Okatsu, it breaks no new ground, and its screenplay is on a level comparable to a Monogram B-Western of the 1940s, though longtime director Nobuo Nakagawa infuses it with a bit more style than it deserves. The Synapse/Panik House DVD is excellent, however, so genre fans can at least enjoy the attractive transfer. 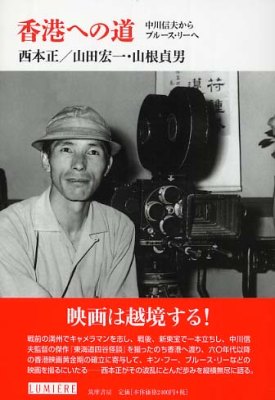 
Though star Junko Miyazono once again plays a character named Okatsu, and like Quick-Draw Okatsu she's unusually adept with a sword, there's no connection at all to the previous film, mainly to allow the script to tread its same, well-worn path. This time she's daughter of Makabe, a samurai official (Akitake Kono, who supported many of Akira Kurosawa's early films, notably No Regrets for Our Youth) investigating childhood friend Tashiro Judayu (Hisaya Ito, formerly a busy Toho character actor). Judayu has been abusing local farmers and using his 300 retainers to produce and smuggle contraband tobacco into Edo.

Makabe confronts him about this, worried that if the crime is discovered the entire Numata Group will be disbanded, but Judayu coldly arrests his old friend, tying him to windmill like water-torture device in an effort to get him to reveal where his evidence and formal charges are hidden. When that doesn't work Judayu has Makabe's wife and Okatsu arrested, and the wife is gang-raped by a group of slobbery prisoners. Makabe and his wife commit double suicide.

Okatsu is likewise raped by Judayu, but she eventually escapes, this despite the fact that her fencing master (Hiroshi Nawa) has (as in Quick-Draw Okatsu) also betrayed the family. As has become the cliché of such films, Okatsu swears vengeance before her parents' hilltop graves.

Director Nobuo Nakagawa's penultimate film, in theaters less than six months after the release of Quick-Draw Okatsu, is a mechanical reworking of elements common to this sub-genre of women swordfighters, aping myriad components from the previous entry: the mass murder of poor farmers, blades gruesomely jabbed into the eyes of various bad guys, the rape of its heroine, the torture of her father. It's all been done before. The script is on such a simplistic level as to make other series program pictures like Daiei's Zatoichi films appear sophisticated. At least in that case there was always the rich characterization of its blind masseur/swordsman and his lonely wanderings to fall back on. Here, Okatsu is basically victimized for two-thirds of the film before finally unleashing her sword for the bloody finale. You can't expect much subtlety from a movie when the first line of dialogue is "Damn you bunch of farmers!" (This is followed, over the opening titles, by threats of hanging and being thrown into a "bottomless swamp.")

Miyazono does at least seem to have settled into the character a bit more comfortably than the previous two films, and her swordplay skills are somewhat improved. The cast, which includes Reiko Oshida (another carryover from Quick-Draw), are decent enough in their roles. Tatsuo Umemiya, former Wally the Bootblack, alter-ego of the Prince of Space, assumes the mysterious stranger role previously essayed by Tomisaburo Wakayama.

In a way the real surprise acting-wise is Hisaya Ito, who in a film teaming with broad stereotypes, delivers a smoothly sinister, subtly menacing performance. Ito began his career at Toei in 1954, but soon thereafter moved to Toho. Toho briefly flirted with building Ito into a leading man, but then relegated him to character parts, often supporting the studio's crime, war, and sci-fi pictures. He's probably best remembered as the hapless assassin in Ghidrah - The Three-Headed Monster. Soon after playing a prominent role in Destroy All Monsters (1968), Ito finished his film career at Toei, making just three films there, before presumably fading into television and stage work.

As genre expert Chris D pointed out in his audio commentary for Quick-Draw Okatsu, the most notable thing about Nakagawa's direction is his more classical directorial style and his use of long takes and wide angle shots at a time when Toei more than any studio was incorporating the Hong Kong style of extreme close-ups, frantic zooms and cutting. He makes good use of proscenium arch-style framing some of the time, and some extreme long shots, like a farmer's lonely house the only light source in a nighttime raid scene under the opening titles, is effective.

The region-free transfer (mastered in high-definition) is the best thing about Okatsu the Fugitive. The 16:9 enhanced, Toeiscope screen shaped transfer is very strong throughout, with excellent detail and strong color. The mono audio is likewise fine, as are the optional English subtitles.

Chris D again provides liner notes, but most of it is repeated from the earlier titles; only three paragraphs of the three-pages worth of material is new, and like this reviewer D can't muster up a lot of excitement about the picture, drifting off as he does to discuss other films and filmmakers.

Also included is the same Nobuo Nakagawa poster gallery and biography as before, and 16:9 and English-subtitled trailers for all three films in the series. The packaging once again offers the neat option of flipping over the cover sleeve to display the original Japanese poster artwork.

Again, fans of the genre may find just enough to like in Okatsu the Fugitive, but overall the film is highly derivative and unexceptional, though the transfer is very good. Recommended.