This may be the shortest review I've ever written for DVDTalk (indeed, it may be one of the site's shortest), because what can I say about Camp Motion Pictures' release of Trailer Trash!, a two-disc, five-hour collection of previously released trailers for sexploitation and splatter films? When I saw the title available, I just assumed this was a collection of cool old trailers for some marginal drive-in fare from earlier decades. Unfortunately, those vintage offerings are few and far between on Trailer Trash!. 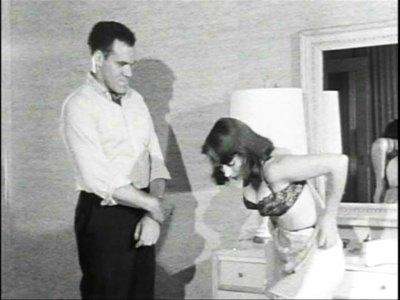 If you're old enough to remember the classic drive-in experience (and I mean the really nasty, run-down, tawdry ones on the outskirts of town or deep out in the boonies, not those nice, clean suburban ones that showed Disney and Frankie and Annette), you'll no doubt remember the thrills of not only seeing various grade-Z exploitationers like American biker flicks, Italian splatter epics, and British vampire sex pictures, but also the many trailers and coming attractions that the owners used to bracket the main features. And if you went to one of the "dusk to dawn" outings (the absolute zenith of drive-in moviegoing), you might see two dozen trailers before the sun popped up.

Had Trailer Trash! included only those cool trailers from that time period, say the 1960s through the very late mid-70s, it would have been on my top ten list for the year. As Trailer Trash!'s DVD box correctly states, "serious cinemagoers and moviewatchers loooove [sic] movie trailers." And there is a section of Trailer Trash! where some vintage sexploitation trailers from the early seventies are included, with a handful of other vintage action and exploitation trailers strewn about (I particularly liked the Western gore fest, 5 Bloody Graves, from schlockmeister Al Adamson).

But overwhelmingly, the trailers included on Trailer Trash! are video-shot late 70s, early 80s cheapies for straight-to-video store nothings, as well as quite a few "fake" trailers for some older titles, where the releasing arm cobbled together a few scenes, and laid over a narrator to make it sound like a true trailer. Worse for Trailer Trash!, quite a few trailers for B-movie queen Misty Mundae are repeated on another part of one of the discs, and for no apparent reason other than laziness. The quality difference between the true, vintage trailers (even from the grade-Z releasing companies) and the newer, video-shot trailers, is night and day. Simply put, the new stuff just isn't as interesting, from a film lover's perspective, as the older trailers. Don't get me wrong; some of the girls in the soft-core porn trailers look amazing, but nothing about these "best of" moments constitute real trailers. And that's why Trailer Trash! is such a bum collection. 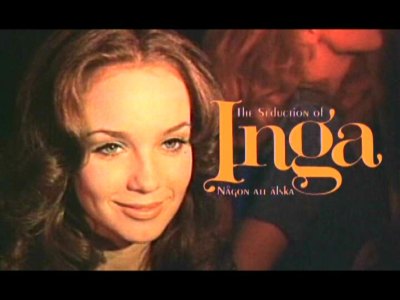 I've listed all the titles included on Trailer Trash!, on the off-chance that some of the titles might ring a bell for the trailer collector who's for that elusive coming attraction for Topless Tapioca Wrestling or Chainsaw Sally: 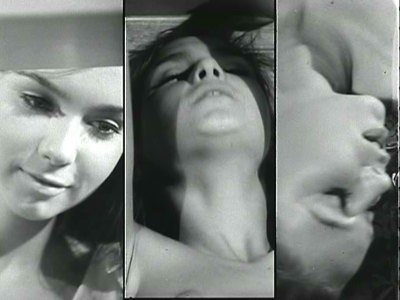 The Video:
The actual transfers of the trailers (some, depending on the titles, presented in widescreen, but mostly 1:33) aren't bad for Trailer Trash!, but the quality of the original materials is frequently horrendous (particularly the straight-to-video stuff from the early 80s), so be forewarned.

The Audio:
The English mono audio track is more than adequate for these less-than-stellar mixes. Obviously, no subtitles are provided.

The Extras:
Other than a link to a catalogue for ordering some of these titles, there are no extras for Trailer Trash!.