Milestone doesn't put out a lot of DVDs, but when they do release a title it's usually something to take notice of. Two of their most recent titles have been Killer of Sheep and I am Cuba, both of which earned the coveted DVDTalk Collector Series rating. Now they've released an important silent film that is both historic, in that it's the first film to accurately present Japanese culture to American audiences, and entertaining: The Dragon Painter. 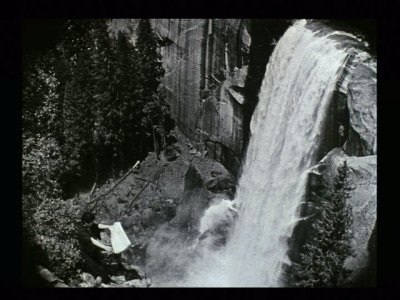 The Dragon Painter was made in 1919 and stars a very young Sessue Hayakawa who would later go on to be nominated for an Oscar and a Golden Globe for his magnificent portrayal as Col. Saito, the prisoner-of-war camp commandant, in The Bridge on the River Kwai. Even though he is largely forgotten today, at this point in his career Hayakawa was one of Hollywood's top leading men. He turned down the role of The Sheik before it was offered to Valentino and played opposite such stars as Blanche Sweet and Florence Vidor as well as working with Frank Borzage (when he was still acting, before he went behind the camera) and Noah Berry.

Discovered by Thomas Ince, Hayakawa's career quickly blossomed. His success in the 1914 films The Tycoon and The Wrath of the Gods made him an in demand actor, the first Japanese-American movie star. His exotic good looks assured that he would have work, but he didn't like the roles he was getting; he would often play characters that seduced women and were then killed off at the end. Tired of playing in formulaic stories, Hayakawa formed his own production company, something that only the biggest stars could manage in those days. Along with his wife, actress Tsuri Aoki and director William Worthington and some capital from a college friend he formed Haworth Pictures Corp. 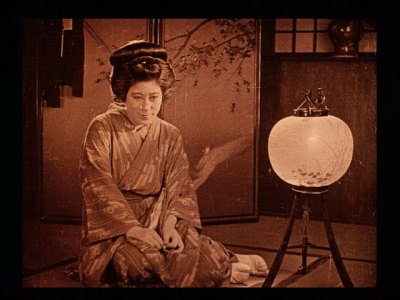 Now Hayakawain was able to make the kinds of movies he wanted; ones that portrayed the Japanese in a realistic, if somewhat idealized light. The buck-toothed coolie was gone and instead Japanese customs and culture were portrayed in a sympathetic light. Hayakawa was involved in many aspects of his films creation, from picking stories to adapt to the supervising the final editing.

One of the films Hayakawain made at Haworth was The Dragon Painter, based on a novel by Mary McNeil Fonollosa (which is available as a DVD-ROM feature on this disc.) The plot revolves around a crazy hermit, Tatsu (Hayakawa) who is convinced that his true love has been captured by a dragon. He lives in the mountains, painting dragons day after day waiting for hos princess to return. 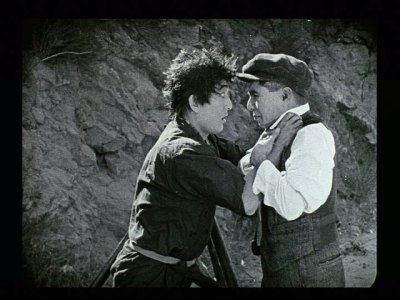 One day a man from the city discovers some of Tatsu's discarded works. Recognizing the talent, he's sure that the master Indara (Edward Pell Sr.) will want the artist as a pupil. Indara has not found a suitable heir to learn his secrets, and Tatsu seems to have the prerequisite talent. To get him off the mountain, Tatsu is told that Indara knows something about his fiancée. When he arrives at the master artist's home however, the hermit discovers more than he was hoping for: He's sure that Indara's daughter Ume-Ko (Tsuru Aoki) is his lost love.

This is a beautiful movie that is enthralling to watch. The mountain scenery, especially the waterfall the Tatsu constantly paints is just lovely. Filmed in Yosemite, the cinematographer made good use of the natural beauty of the area.

It's also easy to see why Hayakawa was a star. He gives a mesmerizing performance and steals the movie. His acting is rather restrained and he plays the slightly mad hermit wonderfully. Aoki does a good job too, but her real-life husband is clearly the star.

The film is accompanied by an ensemble score written by Mark Izu. It fits the movie well, accenting the emotion of the film without overpowering or distracting from the visuals. The audio quality is excellent.

The tinted 1.33:1 windowboxed image looks pretty good overall. This film was considered lost for many years until a single copy was discovered in France. There is some damage to the print, scratches, dirt and a missing frame or two, but these aren't extreme. The contrast is good and the level of detail is excellent for a film that's 85+ years old. Aside from a few sections that are damaged particularly bad, this is a nice looking film. 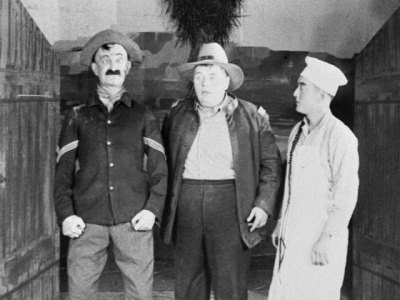 Milestone includes a lot of wonderful extra material on this disc. First off is The Wrath of the Gods, the 1914 feature film that made Sessue Hayakawa a star. In addition to that there's a comedy short from 1921 featuring Hayakawa, Charles Murray, and Roscoe Arbuckle, Screen Snapshots No. 20. This wasn't too impressive; the three just goof around in from of the camera for five minutes. There's also a still gallery.

That's not all however. Viewers with a DVD-ROM equipped computer can access a wealth of information as .pdf files. There's Mary McNeil Fonollosa's original novel that the feature film was based on, an essay on early Asian films by historian Brian Taves, the original script for Wrath of the Gods, and a short piece on how to build a movie volcano. (Which uses vinegar and Baking Soda with food coloring.)

This is a great package. The Dragon Painter is a wonderful film that has an important place in film history, and shows Sessue Hayakawa at the height of his stardom. The fact that there is a second feature, a short, shooting script and an entire novel included on this disc makes it even more attractive. This disc is highly recommended.