So, the famous television show that makes fun of movies decided to become a movie that makes fun of movies. The translation is a little bumpy, but this is "Mystery Science Theater" we're talking about here: even a less concentrated effort is guaranteed to be a pants-wetting night of endless laughs and infectious bad movie grimacing. 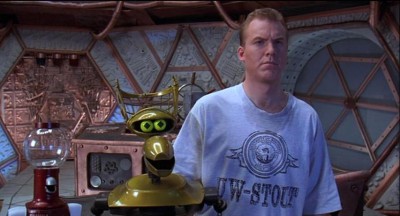 Coming straight from the "if it ain't broke, don't fix it" school of thought, the plot for "The Movie" is simple: Dr. Forrester (Trace Beaulieu) wants to melt the brains of space-station lab rat Mike (Mike Nelson) and his robot pals Crow (voiced by Beaulieu) and Tom Servo (Kevin Murphy). To do so, the evil madman has secured a print of the 1955 alien invasion epic "This Island Earth" for the crew of the Satellite of Love to suffer through, hoping to secure his plans for world domination with this latest step in bad movie experimentation.

Produced midway through the run of the classic television series "Mystery Science Theater 3000," "The Movie" limped into the theaters in 1996, severely compromised by distributor Gramercy Pictures and given only a fleeting release in a measly 26 theaters across the country. A sore spot for MSTies, "The Movie" is probably the least "Mystery Science Theater" flavored thing the franchise ever produced. However, like a great heavyweight champ, it fought back hard, refusing corporate defeat to become a hilarious exercise in big-screen mockery. 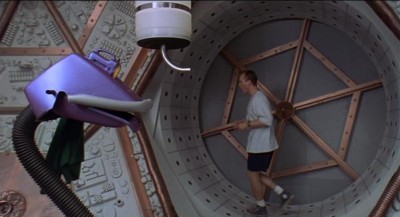 Sure, the faults are plentiful in "The Movie;" in trying to open up the sets to make use of a larger playground, the show's intimacy and low-tech, one-dimensional appeal is lost. It doesn't quite look like "MST," which was an intentional move, but remains off-putting. The picture is also robbed of iconic host segments, as "The Movie" is more film-oriented, with an angry studio behind the production trying to hurry up the proceedings by ordering skit cuts, leaving "The Movie" only a paltry 70 minutes long, compared to the luxurious 90+ minutes of the series. The abbreviated pace is disorienting.

Regardless of a few production missteps, "The Movie" is one uproarious feature film, showcasing the cast taking on their most challenging film subject and pulling it off with wit, goofball charm, and generous helpings of slapstick. "This Island Earth" is a peculiar film to heckle, not only because it features impressive production standards for its time, but it's also considered to be something of a "classic" by sci-fi fans. With a show that usually traffics in unforgivable schlock, the appearance of this classy picture raises eyebrows and erects a few imposing comedic roadblocks.

Obviously, the riffing in "The Movie" isn't nearly as formidable as on the show. With higher expectations for mass-audience appeal, the production dials down the more obscure tangents to snuggle up to the Average Joe. With "This Island Earth," the riffs are almost entirely based off visuals from the movie, with Mike and the Bots sticking close to the genre absurdity presented. Also, being a film shot in 1995, some of the riffs are a little moldy, with references to John Sununu, Patriot missiles, and the Hubble space telescope sneaking into the flow of comedy. Sections of the riff track are dated and perhaps a bit confusing to new viewers, but I wouldn't want "MST" to be any other way. "The Movie" is a tad more obvious, but remains an engaging trivia game for fans who like to pick out reference origins and spot loving tributes to past episodes. 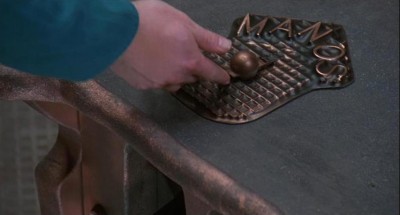 On a more personal note, I was actually an intern with a public relations company that represented Gramercy Pictures during the release of "The Movie." I mention this only because the film's intent as a communal experience was squashed by a studio that failed to grasp what they had. I'll always treasure the memories of the premiere events surrounding "The Movie," and the opportunity to view the feature with a throng of enthusiastic fans. The series works like a charm with a small crowd huddled around a TV, but "The Movie" was always a more electric experience positioned in front of a large audience.

Having this DVD is wonderful, but the entire film feels predicated on the reaction of hundreds of people at once, and I feel awful for those who basically weren't allowed to enjoy that critical comedic momentum by the suits at Gramercy. 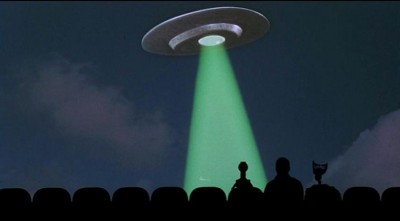 Presented in anamorphic widescreen (1.85:1 aspect ratio), this DVD is perhaps the best "The Movie" is ever going to look in the home entertainment realm, save for an HD upgrade that I can't image will occur anytime soon. While colors appear just a tad washed out and flesh tones a step too pink, the image is otherwise a raging success of new frame detail and crispness, bringing new clarity to this motion picture equivalent of a red-headed stepchild.

The 5.1 Dolby Digital mix is big on theatrical echo, making for an unexpectedly epic audio experience. The rest of the mix feature nice separation between riff and movie, pronouncing the picture's many ADR stitches clearer than ever before. A French audio track is also provided.

None. What a crime. For the curious, take the cyber-train to YouTubetown, and there's a truncated theatrical trailer and some fantastic deleted scenes to enjoy. 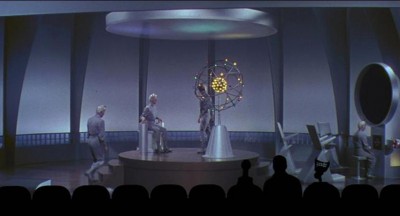 Though riddled with tiny flaws, "Mystery Science Theater 3000: The Movie" is a delight to watch, presenting constant laughs and elastic visuals that make the film a unique experience in the now extraordinarily widespread "MST" universe. The DVD doesn't bother to patch the holes left behind by previous studio interference, but it finally submits the ideal presentation the film deserves and rightfully returns a comedy gem back to store shelves for everyone to enjoy, not just greedy collectors.