UK-born Australian helmer Alex Frayne calls for attention with his strange, necessitating a meticulous read, visually stunning Modern Love (2006). Following the steps of a man incapable of controlling a drastic personality change spurred by the death of a close relative pic offers a fascinating examination of human psychology. Distributed by Accent Film-Australia.

John (Mark Constable), his wife Emily (Victoria Hill), and their son Edward (William Traeger) arrive in a small Southern town to take care of his deceased uncle's (Don Barker) property. While Emily and Edward check into a local hotel John begins to question the locals about Uncle Tom's death - some say that he committed suicide, some are unwilling to talk. Puzzled John comes up with a theory of his own - Uncle Tom is alive and well, hiding in the nearby bushes.

If not for the occasional lines of dialog used to ease its heavy atmospheric tone Modern Love could have been easily mistaken for a Sokurov film. Shot with a 16mm camera its washed-out color scheme is strangely evocative of the Russian director's reflective forays into human agony. Perhaps it isn't a coincidence that it was at the Moscow International Film Festival where Modern Love had its premiere.

Looking under the surface of this unique collage of intoxicating visuals however reveals a slightly different picture - while Sokurov's films tend to remain painfully intimate, to a point where they intentionally detach the main protagonists from the surrounding environment by blurring everything into a large splash of the director's preferred yellow, Modern Love very much feeds off the Australian countryside. John's gradual psychological transformation is dependent on it and the more the story progresses the more it becomes obvious that nature was an integral part of Frayne's vision.

In Sokurov's The Second Circle a young man returns to the Russian countryside to bury his deceased father. In the shack where the old man once lived everything is covered with dust. He gathers the few old clothes scattered around and places the body of his father in a coffin. Then he bids goodbye and buries it. The rest of the film is a prolonged reflection on the collapse of the Soviet system, the loneliness and dissatisfaction many were left dealing with.

In Modern Love, somewhat ironically, love is nowhere to be seen. On the contrary it is pain, loneliness, and dissatisfaction with "modernity" that suddenly invade John's life. Unlike The Second Circle however here the main protagonist has the opportunity to re-embrace his modern life. His wife and son await him, yet, he walks away. Slowly but surely the present begins to disintegrate under the weight of a somewhat confusing past.

I doubt Frayne intended for Modern Love to be so strikingly similar to what Sokurov did in The Second Circle. Yet, the pacing, and in particular the puzzling framing, are precisely what transforms this film into a near meditative experience - a difficult and enormously brittle approach to deconstructing human psychology the two directors have mastered to perfection. 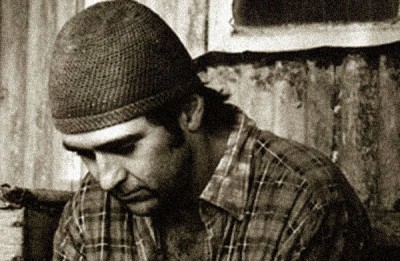 Shot with a 16mm camera Modern Love has been blown out to 1.78:1 for this DVD release by Accent Films. The print is enhanced for widescreen TVs. This being said, as confirmed by Alex Frayne, apparently there is going to be a second release, with a different framing. The quality of the actual print is very good. Contrast, color reproduction, and detail are all consistent with the film's heavy atmospheric tone - do not expect sharp, finely detailed, color-rich visuals. Expect a muted color-scheme, complimenting contrast, and nuanced use of lighting collaged in what I could describe best as Lynch-esque type of visual presentation. The prints is also progressively transferred, PAL-encoded. Region 0. Somewhat surprisingly this disc does not offer "Scene Selection".

Presented with an English 2.0 track the film sounds good. Dialog is easy to understand and I could not detect any troubling inconsistencies - there aren't any cracks, hissing, etc. English subtitles are not provided.

The Australian distribs offer four short films by Alex Frayne - Zoyd, Doctor by Day, The Longing, and The Art of Tabloid. In one form or another each film appears to be dealing with some sort of dysfunction. My favorite feature was the documentary The Longing about the price we pay in order to be "modern".

Richly-textured, stylish, and intoxicatingly beautiful Modern Love is bound to entice those who like their cinema both challenging and aesthetically pleasing. The Australian import is of good quality and comes recommended given that a US release isn't likely to be negotiated in a near future.