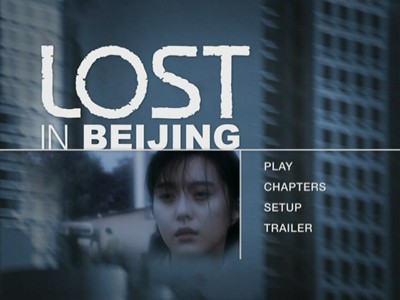 After recently seeing Li Yu's 2005 film Dam Street, I was eager to see her third and most recent effort, Lost in Beijing. Now that I have, I have mixed feelings about it. A case of my expectations being too high, or of the film falling short?

Set in contemporary China, Lost in Beijing follows two couples whose lives become hopelessly intertwined following a drunken come-on, a forceful acceptance, and a tragically coincidental discovery. Small-town girl Ping-guo (Fan Bingbing) works in a massage parlor. Her boss, Dong (Tony Leung Ka Fai), likes to flash his cash and push the girls around, but more often than not thinks with his little head rather than his big one. He doesn't know that Ping-guo is married, and so he doesn't expect any consequences when he finds her so inebriated that she mistakes him for her husband and makes advances toward him. He keeps going even after she realizes her error and insists he stop, but is soon interrupted by her husband, An-kun (Tong Da Wei), a window washer that just happens to be outside Dong's office at the right time. In retaliation, An-kun engages in petty acts of vandalism and demands cash for his pain and suffering. He also starts having a revenge affair with Dong's bored wife, Wang Mei (Elaine Jin).

The little love quartet is rocked by the news that Ping-guo is pregnant, and the greedy and opportunistic An-kun sees a chance for a bigger payday. He strikes a deal with Dong: if the baby is Dong's, he will pay a large sum to take it from the young couple and raise it; if it's not his, they will go on their merry way, no harm and no foul. From there, things get even more complicated, as roles reverse and the spouses pretty much swap. The infant brings out the familial instincts in Dong and Ping-guo and the mercenary instincts in An-Kun and Wang Mei.

There is pathos to spare in the set-up for Lost in Beijing, and had Li Yu been content with making a serious picture about the shifting emotions and allegiances of these four people, it would have been a much better film. Unfortunately, as the narrative plays out, there is always something just a little bit off. Start, for instance, with the fact that Dong rapes Ping-guo, and the easy way this is glossed over. An-kun even arguably rapes her later to punish her. Go from there to the fact that Li Yu and her co-writer and co-producer Fang Li keep trying to inject satirical elements into the story, and Lost in Beijing never managed to sit quite right with me. Maybe had the satire been more evident earlier, and maybe had that satire been better, I'd be more open to what the filmmakers have to say. Unfortunately, these comic notes never find the right pitch.

In fact, the only participant that seems to realize he is ever in a comedy is Tony Leung Ka Fai. The actor, who may be known to some American viewers from The Lover and Johnny To's Election, creates a fully formed portrayal of a man whose conspicuous displays of wealth and power are silly in their falseness, and he is able to use the façade for both comedic effect and to add a twinge of heartbreak to the dramatic changes that Dong will go through. It's not that the other actors are bad in the film--though Elaine Jin is a little flat--it's just that they don't seem to be tuned in with the muddled point of view. Fan Bingbing's performance as Ping-guo is excellent, and it's impossible not to have your heart go out to her as her husband's manipulations begin to swallow her whole, but not even she can prevent her honesty from chafing next to the director's stabs at black humor.

I get that the overall theme of Lost in Beijing is that modern life and the trappings of wealth ultimately corrupt. Just in case we might miss it, Li Yu even gives us another character, the downward spiraling Xiao Mei (Zeng Meihuzi), to show us how an innocent can be lured in by temptation and suffer the ultimate consequence for it. All of the elements for this theme are there, from Dong's showy jewelry to An-Kun making a rickety house out of stacks of cash, but I think what is ultimately lacking is empathy for the characters. By attempting to turn their lives into parody, Li Yu stops caring about them on their level and starts to act like she's smarter than they are.

I still liked Lost in Beijing. The central story is very good, and the situations the characters find themselves in have too much natural drama for a competent filmmaker like Li Yu to miss it completely. I also loved the cinema verite camerawork of Wang Yu when he went out on the streets and shot the life and scenery to be found there without any staging. In the end, though, I wanted the clear thinking of Dam Street to be applied to more polished filmmaking, and so it was hard to accept that Li Yu's vision had grown cloudy instead. 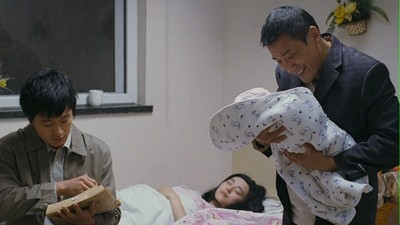 Video:
The 16X9 letterbox transfer of Lost in Beijing was nicely handled, with strong, natural colors and no hints of pixilation or ghosting. I did see some flickering color at the bottom edge of my screen for about fifteen seconds in the final quarter of the film, but that left just about as quickly as it came.

Sound:
The original Mandarin audio soundtrack has been mixed in 5.1 and though there aren't a lot of fancy audio tricks, the interplay between all the speakers does give the mix a natural feeling. The optional subtitles are well written and well paced, moving with the natural flow of the film.

Extras:
The only extra on the DVD itself is the theatrical trailer for Lost in Beijing. A trifold insert in the DVD case has separate interviews with Li Yu and Fang Li about the making of the film and the fate the film has suffered in China, where the government has banned it, blaming its frank depictions of sexuality.

FINAL THOUGHTS:
Though I lean toward recommending Lost in Beijing, my feelings about the Chinese movie are conflicted enough that I feel I should suggest you Rent It instead. Li Yu's third directorial endeavor comes off as a little lost itself. The story of a girl whose unexpected pregnancy puts her life in a state of confusion, torn between two possible fathers, her husband and her boss, has a lot of inherent drama that, when allowed to be what it is, makes for compelling filmmaking. Unfortunately, rather than let the situation stand as its own critique, Li Yu tries to bring satire into the equation, and the black comedy makes Lost in Beijing come off as uneven. Excellent performances from Fan Bingbing and Tony Leung Ka Fai go a long way toward redeeming the picture, but in the end, I think Lost in Beijing is something you should exercise caution in finding for yourself. 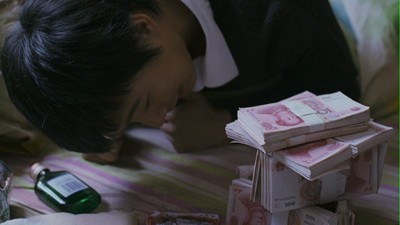