Zipporah Films // Unrated // Region 0
List Price: $29.95 [Buy now and save at Zipporah]
Review by Chris Neilson | posted July 8, 2008 | E-mail the Author
After playing the New York Film Festival in 1967, Frederick Wiseman's first film, Titicut Follies, which exposed the dehumanizing conditions to which inmates in the Bridgeport, Massachusetts Correctional Facility for the criminally insane were subjected, was banned from general distribution by order of the Massachusetts State Supreme Court. Though this ban remained in place until 1991, the controversy surrounding Titicut Follies appears to have had little or no adverse effect on Wiseman's ability to obtain permission to film within other American institutions. Between 1968 and 1979, Wiseman completed documentaries with the cooperation of a public high school, a city police department, an inner-city hospital, a monastery, a juvenile court system, a university primate research facility, the New York City Department of Welfare, a slaughter house, U.S. Government operations in the Panama Canal and the Sinai Buffer Zone, and the U.S. Air Force and Army.

Basic Training, Wiseman's fifth feature-length documentary, was shot during the summer of 1970 at Fort Knox, Kentucky. The film follows a group of U.S. Army volunteers and draftees through eight weeks of basic training. As with Wiseman's other films, Basic Training contains no musical score, no interviews, no intertitles, no re-enactments and and no archival footage. Wiseman's camera unobtrusively records the subjects, with the only manipulation coming merely from Wiseman's choices of what to film and how to edit it. 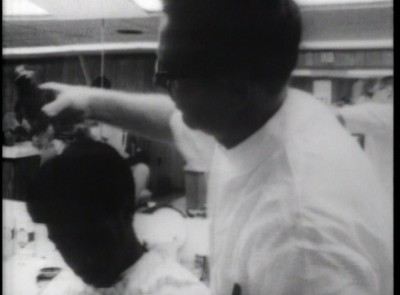 It's not hard to find similarities between Basic Training and Stanley Kubrick's fictional Full Metal Jacket (1987). Both include scenes of drill sergeants and officers attempting to transform the recruits from civilians into soldiers. Both include footage of recruits having their heads shaved and donning uniforms, learning to march, and receiving weapons and basic combat skills training. Both focus on loners unsuccessfully struggling to fit in. Full Metal Jacket's Private Lawrenece (Vincient D'Onofrio) has his counterpart in Basic Training's Private Hickman, a recruit who seems completely incapable of learning to march straight, much less in lockstep. Hickman is an outsider who can't figure out how to properly blouse his pants into his boots, make his bed, or fold his clothes, and like Lawrence, Hickman is suicidal, but that's where the similarities end. Unlike his fictional counterpart in Full Metal Jacket, Private Hickman's drill sergeant intervenes before its too late with what appears to be earnest compassion, providing one-on-one instruction, inquiring about whether he's eaten breakfast, and arranging counseling with the chaplain and psych services. 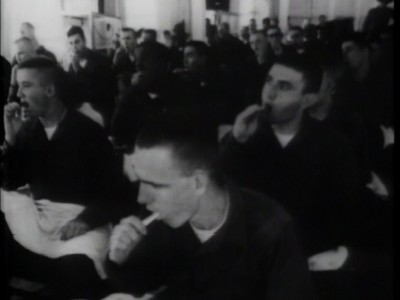 What becomes of Private Hickman, whether he graduates basic training with his platoon, is recycled into another training platoon, or just separated from the service, is never revealed. We see other recruits rebel in various ways against the system by fighting, missing roll call, or sneaking a soft drink and magazine onto a firing range, but in each case, as in Private Hickman's, we learn about it only when it comes to the attention of a drill sergeant or officer.

Though it is in keeping with Wiseman's style to focus on the institution and not individual, with Basic Training that decision feels the most constrained. We see a few faces repeated here and there, but we're rarely given cause to remember or care about any of them as individuals and are only in a position to understand the conflicts and transformations underway within the recruits when they spill over into big messy disciplinary problems. 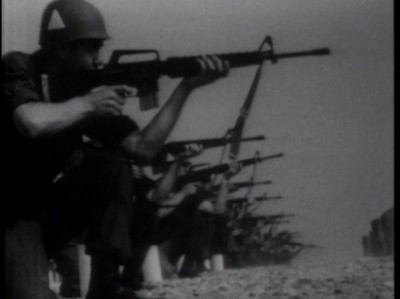 Having myself gone through and graduated from the Army's basic training, I can say with some degree of authority that Wiseman does a good job of capturing the day-to-day experience of basic combat-skills training, but he appears to be clueless of, or generally disinterested in, how recruits conduct themselves when they're not training, especially during those hours of the evening and weekend when drill sergeants are not often around. We hear secondhand of a threatened blanket party, but we don't see the Lord of the Flies discipline common to recruits' barracks. We also hear about a suicide attempt and various acts of rebellion, but we do not see recruits acting out or in private anguish. We do not see recruits writing letters or receiving them, trading rumors about Vietnam, playing games or otherwise enjoying or dealing with downtime. Whether the lack of coverage of this side of the recruits' experience is because of access restrictions on Wiseman, or his general disinterest in personal drama is unclear, but in either case the effect is to miss a critical element of the recruits' experience. 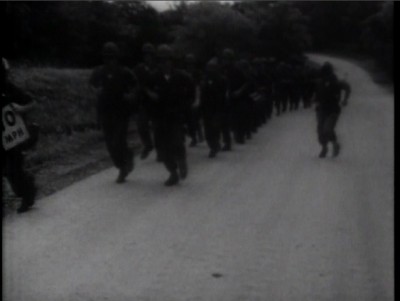 There are also some odd choices for footage that is included. It's not clear why, for example, Wiseman includes a promotion ceremony for one of the battalion's officers. The ceremony is not attended by recruits or non-commissioned officers and appears to have little relationship to the central circumstance of basic training, and, Wiseman includes a rather odd conversation among the drill sergeants about karma, reincarnation, and Atlantian space travelers. A better choice for showing that the commissioned and non-commissioned officers are different among themselves from the persona they show to the recruits, presuming that's the intent of these two scenes, would have been to show them outside the work environment altogether.

The DVD
Basic Training is available for purchase directly from Frederick Wiseman's film distribution company Zipporah Films. The film is burned onto a DVD-R, and comes in a standard-sized alpha case with laser-print artwork. There are chapter stops but no scene selection menu. 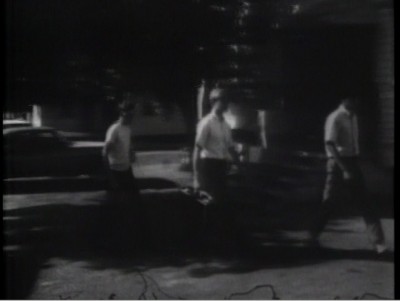 Released in its original aspect ratio of 1.33:1, the black-and-white footage in Basic Training may look worse than that of any of Wiseman's other films on DVD. Certainly it's the worst of the half dozen Wiseman DVDs I've seen recently. There are significant amounts of debris in the film gate on the original black-and-white 16mm negative. There also appears to be subsequent dirt and scratches on the print, and interlacing artifacts as well, likely attributable to the analog to digital conversion, but these problems pale in comparison to the poor contrast. The film stock here appear to be far inferior to that used in his films prior to and after Basic Training, producing extremely poor contrast. 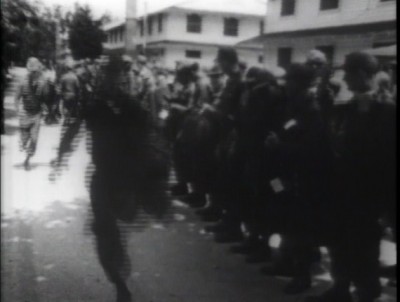 The Audio:
The mono audio track is distributed to the left and right front speakers. The audio track is mostly free distortion and dropouts. No subtitles are provided.

Final Thoughts:
Frederick Wiseman's Basic Training provides a circumscribed view of the transformation of enlistees and draftees into soldiers during the American war in Vietnam. The film adequately captures the day-to-day training on the soldiers without falling into cliché. Where Basic Training falls short is in foregoing opportunities to better understand the recruits' experience beyond the day-to-day training.

Basic Training has utility as a documentary record of one aspect of the experience of transforming civilians into soldiers during wartime, specifically during the American War in Vietnam, but it's far from being an essential buy. Rent it if you can.