Extra Girl / The Gusher, The

Kino's Slapstick Symposium is a great series of DVDs that present some of the best in silent film comedy.  Their latest wave includes the last feature made by Mabel Normand, The Extra Girl.  A fun film with a classic sequence, this isn't Mabel's best work.  She appears tired and worn out in several scenes, but in others it's possible to see the vivacious girl who climbed to the top of Hollywood's elite in the early days.  Overall the positives out weight the negatives and this is a film worth watching.

Plucky, attractive, and with a lot of screen presence, Mabel Normand was one of films first female comedy stars.  She appeared opposite Charlie Chaplin in the first feature-length comedy movie, Tillie's Punctured Romance, had a long running series of films with Roscoe Arbuckle, the "Fatty and Mabel" shorts, and even stared in her own features.  Her life was plagued with trouble however.  She had a stormy on-again off-again relationship with Keystone head Mack Sennett, was an alcoholic and cocaine user, and she also had a variety of health problems.

Mabel Normand was also close to the first big scandals that rocked Hollywood in the early days.  Her comedic partner Roscoe Arbuckle was arrested for manslaughter in 1921 (a totally false charge) and the Hearst papers played up the lurid details to sell papers.  Many states banned Arbuckle's films, which in effect banned many of Normand's work too since she was his co-star.

Mabel was also the last person to see director William Desmond Taylor, her ex-lover, before he was murdered in 1922.  Though she was never a serious suspect, the police did question her extensively and the papers wondered if she could have been upset over being jilted by Taylor.  Her career weathered these bumps, but the next one, would end it.  Just after this feature, the Extra Girl, was released Mabel was present when her lover, millionaire Courtland Dines was shot and wounded.  Though there is some question about what actually happened, the official story is that Mabel's chauffer, an ex-con named Joe Kelly (an alias it turned out), had shot Dines, reportedly to defend Mabel's honor.  The fact that he used Mabel's gun put her in the headlines again and this time her career was all but finished.  She acted on stage for a while, and then signed with Hal Roach and made a few shorts in 1926 and '27.  She fell ill once again in 1929 and died of Tuberculosis in early 1930.  She was 34 years old.

This last feature has Normand staring as Sue Graham, a star-struck teenager who wants to be in the pictures more than anything, even though her parents are less than enthusiastic about the idea.  When she enters a contest that a Hollywood studio is sponsoring to find new talent a neighbor substitutes the picture of a model for Sue's.  She ends up winning and travels off to sunny California. 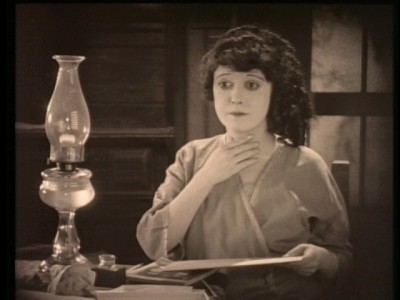 Once there things don't go quite as planned.  When the studio head discovers that Sue isn't the beauty in the picture, he doesn't give her the contract she was expecting.  Instead he offers her a job in the costume department and occasionally as an extra.

Sue writes to her parents and tells them that she's a working actress, which is a mistake.  They decide to sell their house and move out to LA, and when they arrive they find out the truth.  A slick con man named T. Philip Hackett (Ramsey Wallace) "invests" their money in a non-existent oil well, and when he says that the company went bust it's up to Sue, along with her beau Dave (Ralph Graves) to get it back. 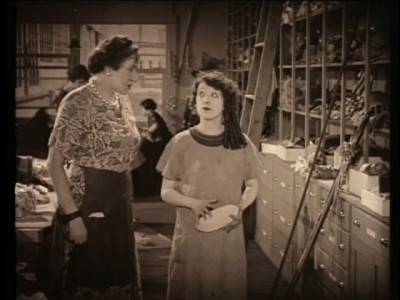 This is an unusual movie in that it's never sure what it wants to be.  The first part is a down-home comedy like Marion Davies would make, but then when the narrative switches to Hollywood, the show adds more broad humor and slapstick.  Finally the last section is more of an adventure film sequence with Normand and Graves fighting Ramsey Wallace.

Even with the changes in feel that the film has, it's still an amusing picture.  The highlight of the movie is when Mabel is instructed to bring a dog that's dressed like a lion to a set and grabs a real lion by mistake.  As she walking through the Keystone back lot and through various stages, viewers get an interesting peek at what an active movie studio looked like back then.   Not only is the sequence of historical importance, but it is outright funny.  The reactions that people have when they see the lion is uproarious, and Mabel's reaction is best of all.  Eventually the lion gets loose and runs amuck.  It is quite impressive, jumping through transoms and sprinting across sets, and ultimately is the most memorable thing about this film. 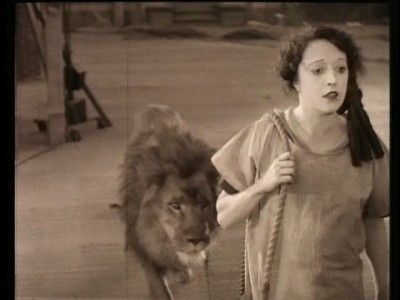 Mabel herself looks very tired in several scenes.  She doesn't have that pep and vim of her earlier shorts.  She's also getting a bit old to be playing teenagers at this point.  She dons a curls and young clothing, but she doesn't manage to pull it off.  Nearly 30 when this was filmed, she's a bit too long in the tooth.

The film also has a layer of sadness to it that takes away from the comedy.  Not a Charlie Chaplin bitter-sweetness that accents so many of his films, but just a gloomy air that dampens the film.  When Sue leaves for LA, there's a scene of her forlorn parents sitting at the dinner table with a place set for their daughter who isn't coming back.  The whole last third of the film, where the parents think that they've lost their life savings is also rather depressing more than funny.  Even the end, which tries to end on a high note, seems false. 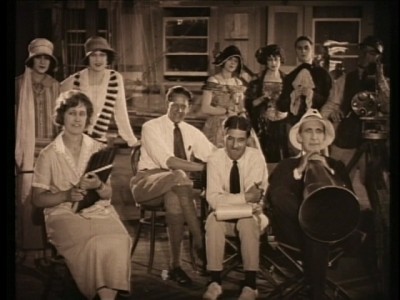 Overall this is a movie that has it's moments, but even if Mabel wasn't stalked by scandal one has to wonder how much longer her career would have run.  In this picture she clearly looks like she's run out of steam.

This film comes with an organ score by Jack Ward.  It is scene specific but sounds fairly generic.  It's nice enough but not one of those scores that really elevates the mood of the film.  The music is pretty weak on the bass side, but otherwise sounds fine.

The full frame image looks pretty good for a film this old.  There are a fair number of scratches and dirt, and there are a few missing frames too.  The contrast is fine and the detail is about what I would expect.  There are some sections that seem to be taken from a 16mm print.  These are softer than the rest of the film and there's a noticeable drop in detail.  Other than that, this is a nice looking film.

This disc also includes a Mabel Normand short from 1913, The Gusher.  In this picture Mabel has two suitors, a slimy con man and Ford Sterling, a local boy.  Ford buys a fake oil well from the con man and then has to fend off his advances on Mabel.  Normand was funny in this short and it shows how much screen presence she had. 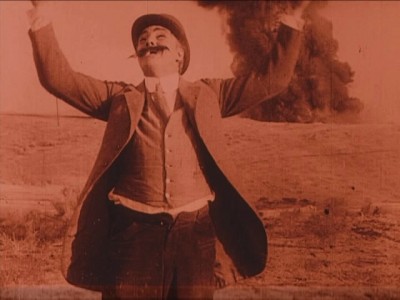 This is a good film, but not a great one. Mabel Normand was a funny comedienne and there are some scenes in this film that show it.  It's just too bad that the movie is a bit uneven and that Mabel looks so tired and overworked during most of it.  Still, a rare chance to see a Normand feature, and one that shouldn't be passed up.  Recommended.