In 2005 the movie Nana, based on a manga series by Ai Yazawa, hit the big screen and was incredibly popular.  A story about to girls, both named Nana, who were polar opposites yet became the best of friends, the original film was entertaining, warm, and had an authentic feel that so many movies fail to capture.  Because it did so well, the producers rushed a sequel into production in order to get it up on screens as soon as possible, no matter what.  They should have taken their time, because like many sequels Nana 2 totally fails to reproduce the magic of the first film and leaves viewers feeling cheated at the end. 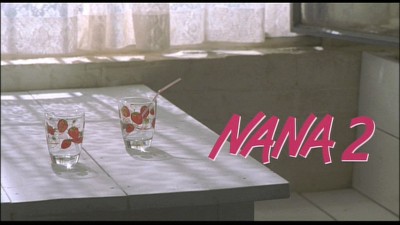 Nana Komatsu (Yui Ichikawa), nicknamed Hachi, is a 20-year-old woman from an upper middle class background.  She's flighty, narcissistic, and doesn't really know what she wants to do with her life.  Moving to Tokyo to find her destiny she ends up sharing an apartment with Nana Osaki (Mika Nakashima), a young woman who is driven and determined to make it as a singer.

Over the course of the first film these two women bond and become fast friends.  As the second film opens, Hachi, Nana, and her band, The Black Stones, are having a party discussing their wishes for the future.  Hachi wants to find a boyfriend, preferably one who is cute, but Nana O. just wants her band to succeed.  Both girls will obtain their dreams, but will it make them happy?

Soon after Hachi runs into Takumi (Tetsuji Tamayama), a friend of Nana's and guitar player for Trapnest a very popular rock band.  Takumi beds the flighty Nana without too much effort and then disappears.  When he shows up again weeks later, he tell Nana that he his life is horrible and that he doesn't have a girlfriend because his work comes first.  That's okay with Hachi, she'll be there whenever he wants her. 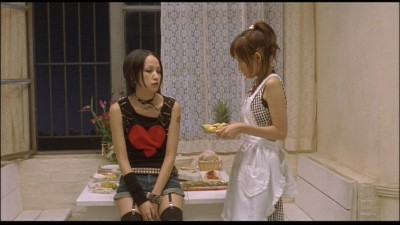 Things get complicated when the guitarist for The Black Stones confesses his love for Hachi and she starts dating him.  Then his (and Nana's) band gets a record contract and starts to take off.  The two Nanas find less and less time for each other and are being pulled apart slowly.  When Nana K turns up pregnant and unsure of whom the father is it seems like the wedge that will drive the two friends apart forever.

There was a lot wrong with this film.  First of all, they replaced Aoi Miyazaki who played Nana Komatsu in the first film with Yui Ichikawa. Yui is cute and bubbly, but not nearly the actor that Aoi is.  She didn't have the screen presence and it was much harder to identify with her character. 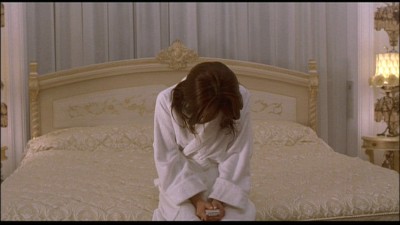 They also replaced two other actors, Ren, Nana O's ex boyfriend and Trapnest bassist was switched from Ryuhei Matsuda to Nobuo Kyou and Shin, the Black Stones bassist, was also changed from Kenichi Matsuyama to Hongo Kanata.  This wholesale cast change was really hard to swallow and it is mind boggling that they would go ahead with this many changes (especially since it was scheduling conflicts that prevented the original cast from reprising their roles, not a lack of interest.)

The script was also very weak.  There is no recap of the previous film, so if you haven't seen it (or at least read the manga) stay clear.  Nothing will make sense and the movie will end up sucking even more than it does if you do know what's going on.  The convoluted plot could have worked in a weekly comic, but in a two hour movie there was just too much crammed in.  They included so much plot that there wasn't any room for characterization, the thing that made the first film so magical. 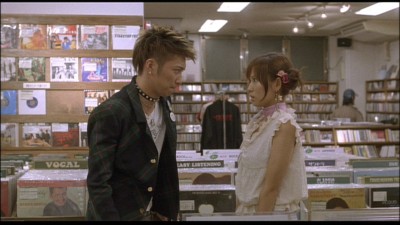 The movie is depressing for most of its running time.  While the original film was uplifting and light, in this one you just see Hachi make mistake after mistake.  Instead of feeling sorry for her anger is a more natural reaction.  She can't hold a job, she falls in love with any guy who winks at her, and she is totally clueless about birth control apparently.  She's cute and that's about it.  With the focus of the film on her (at the expense of the other Nana) you would expect a more sympathetic character.  The writers tried to end the film on an upbeat note, but it fails miserably.  Instead of being hopeful the ending feels tacked on and makes the main characters seem deluded.

This disc comes with a DD 5.1 and stereo soundtrack, both in Japanese.  Both tracks sound good, though there isn't a lot of use of the rears except in the concert scenes.  The audio is clean and free from distortion and noise.  The optional English subtitles are very good too.  They have a nice translation, though they always capitalize NANA which is a bit irritating since it occurs a lot throughout the film.

The anamorphic widescreen (1.78:1) image looks very good.  Flesh tones were accurate and there was a lot of detail.  The blacks were solid and the night scenes had plenty of definition.  The colors were bright and strong too.  On the digital side there wasn't anything to complain about either.  Compression artifacts were missing making this transfer very easy on the eyes.

There isn't much in the way of extras, just some text biographies and trailers to both Nana and Nana 2.

I really loved the original Nana, so I was eager to see this sequel.  Unfortunately it totally fails to capture the charm and warmth of the first movie and is a weak effort.  Totally avoid this if you haven't seen the first, but fans of the original who possess a high tolerance for disappointment might want to rent this one.