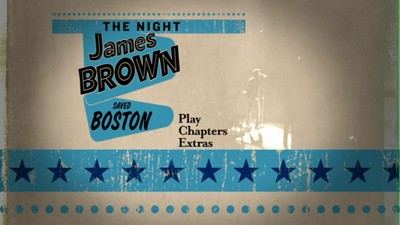 The new 3-DVD boxed set I Got the Feelin' - James Brown in the '60s would be more accurately titled as James Brown in 1968. Its programs are mainly centered around Brown's activities following the death of Dr. Martin Luther King, with particular focus given to the legendary concert the Godfather of Soul performed in Boston the day after the civil rights leader's assassination, and the bulk of the performance footage on the concert discs come from that specific year. Then again, with a subject as fantastic as Mr. Brown, you really only need his name in the title. James Brown? 'Nuff said.

DVD 1 of I Got the Feelin' is the VH1 documentary The Night James Brown Saved Boston. Directed by David Leaf (The U.S. vs. John Lennon), the show deals with the 48 hours surrounding King's murder, when an already scheduled performance by James Brown was appropriated by Boston's Mayor, the almost too perfectly named Kevin White, to try to keep his city calm and prevent the riots that were erupting all over America from spreading to his jurisdiction. The decision was made to broadcast the show for free on the local PBS station, and practically the entire city stayed home to watch it, turning a potentially dangerous evening into the quietest Friday night in Boston's history.

Leaf gathers together African American scholars, music journalists, members of Brown's band and management team, and Mayor White himself to talk about the hurdles that had to be leapt to make this historic event a reality and to provide a context for its greater meaning. From Brown's history as a troubled youth to his own political viewpoints and his relationship with Dr. King, through the concert, and then into the aftermath, exploring both how the show effected the nation and changed James Brown's career focus, The Night James Brown Saved Boston quickly and efficiently covers as much ground as possible. Leaf smartly avoids overstating his case, and there is a sense of candor that could have easily been glossed over. Brown isn't sanctified, and Leaf doesn't shy away from the fact that the singer was initially more concerned about the money he was going to lose than on providing a public service. There is also a disagreement between Mayor White and Charles Bobbit, Brown's longtime manager, over whether or not Boston ever reimbursed the performer as promised.

One thing everyone can agree on, however, is that the concert kept a powder keg from exploding. The power of music soothed tempers and helped people to deal with the hurt they were feeling over the tragedy in Memphis the day before. The timing on the release of I Got the Feelin' couldn't be better, as Leaf's chronicle of the racial turmoil and Brown's place as a powerful black leader within it shows how far we have come as a nation even as it reminds us that we have even further to go. The example of how Brown overcame some basic disagreements with Dr. King in order to properly honor the man's legacy reminded me of what Barack Obama said in his speech at the Democratic National Convention about the importance of differing points-of-view coming together in service of one democracy. The language the many commentators use to talk about Brown and what he meant to the African American community is steeped in the rhetoric of the here and now. Reverend Al Sharpton gets right down to it when he describes James Brown's achievement of the American Dream as an example to his people: "He represented hope."

DVD 2 of I Got the Feelin' is the television recording of the historic concert, James Brown Live at the Boston Garden - April 5, 1968. For whatever misgivings Brown may have had regarding the city's decision to use his show as a political band-aid, he takes none of those on stage with him. As a performer, he is on fire. As a man of his people, he also accepts everything that the concert is meant to represent. It takes a particularly confident man to stand on a stage between an agitated audience and an anxious police contingency and speak to both with authority.

The set is mainly comprised of early hits, including extended medleys of some of Brown's best-known tunes. Backed by the Famous Flames, Brown is in top form, shimmying up and down the stage and pushing his voice to the limit. My favorite portion of the set is probably the slower, funkier combo of "It's a Man's Man's Man's World," "Lost Someone," and "Bewildered," but the energy Brown harnesses in the long stretch that is the "Cold Sweat/Ride the Pony/Cold Sweat" medley shows why the singer earned the title "The Hardest Working Man in Showbiz."

The full set list of the April 5 show in Boston is:
That's Life - Kansas City - Medley: It's a Man's Man's Man's World/Lost Someone/Bewildered - Get it Together - There Was a Time - I Got the Feelin' - Try Me - Medley: Cold Sweat/Ride the Pony/Cold Sweat - Maybe the Last Time - I Got You (I Feel Good) - Please, Please, Please - I Can't Stand Myself (When You Touch Me) 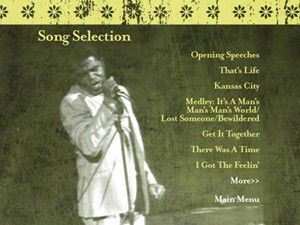 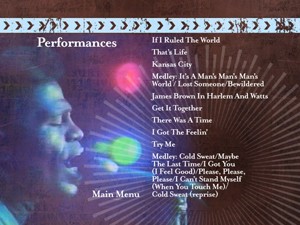 DVD 3 is called James Brown: Live at the Apollo '68, though the main program's original title was James Brown: Man to Man. It's a 50-minute color program capturing Brown at a series of performances at the legendary New York theatre, interspersed with documentary footage of Brown walking the streets of Harlem and Watts and ruminating on the state of the black experience at that time in American history. Unlike the Boston show, which was shot with very little adornment, this is a larger production, complete with psychedelic special effects that would get in the way if it were actually possible for anything to upstage Soul Brother No. 1.

The full set list of the Apollo Theater disc is nearly identical to Boston, with a few changes; namely, additional songs and longer medleys. Of course, no two James Brown performances are identical, and though the commercial breaks do contain some of the songs in shorter spaces, Brown still has enough freedom to keep the numbers as elastic as his dancing legs.

The full Boston track list runs thusly:
If I Ruled the World - That's Life - Kansas City - Medley: It's a Man's Man's Man's World/Lost Someone/Bewildered - Get it Together - There Was a Time - I Got the Feelin' - Try Me - Medley: Cold Sweat/Maybe the Last Time/I Got You (I Feel Good)/Please, Please, Please/I Can't Stand Myself (When You Touch Me)/Cold Sweat (Reprise) 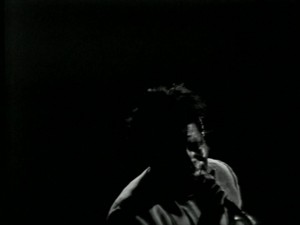 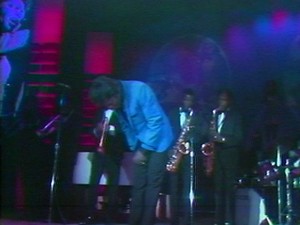 Video:
The Night James Brown Saved Boston is presented in a 16:9 widescreen transfer. Produced in 2008, it looks as good as it likely did when it aired on VH1, with decent resolution and an overall solid presentation.

The quality of the concerts reflects the original source material. Shot by public television for live broadcast by a crew who had never filmed a rock concert before, the Boston Garden concert quite understandably shows some wear in a couple of spots, and there are also two instances of missing video. Though darkly lit, the clarity of the picture is actually quite remarkable, and other than those little glitches and some digital combing, is surprisingly clean. The Apollo show also shows its age, with obvious tape lines running across the picture through most of it. Still, for vintage material, it's probably the best any of us has seen this in a long time.

Sound:
All three programs are given straightforward mono mixes. As with the video, the source material varies, but the DVD producers do an excellent job of getting all three soundtracks as up to shape as they can. The Boston concert sounds kind of muffled, but it's the nature of the recording and not a manufacturing flaw. 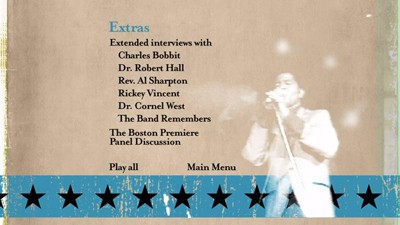 Extras:
This three-disc set comes housed in a nicely designed, sturdy cardboard box. Each disc gets its own slim plastic case. A 22-page booklet also comes in the box, and it features photos, production notes, critical and journalistic essays about the material in the set, and a statement from director David Leaf.

DVD 1 contains supplements to the documentary, including nearly 80 minutes of extra interview footage with most of the interview subjects featured in the film. In addition to that, there is a 25-minute panel discussion following the Boston premiere of the movie, hosted by the same TV station that filmed the concert forty years ago. This discussion features Brown's manager Charles Bobbit, commentator Dr. Robert Hall, director David Leaf, and producer Russ Morash. You can watch any of the interviews one at a time, or play them all along with the panel all at once.

DVD 2 has an extra audio bonus of the speech James Brown grave to the audience prior to the Boston Garden show going on the air.

On DVD 3, we get three extra performances: "Out of Sight" from the 1964 movie The T.A.M.I. Show, "I Got You (I Feel Good)" recorded in Paris in 1968, and a staggering version of "It's a Man's Man's Man's World" recorded in Paris the year before. Clocking in at nearly nine-and-a-half minutes all by itself, it's simply astounding.

FINAL THOUGHTS:
Highly Recommended. I Got the Feelin' - James Brown in the '60s captures an amazing performer at the height of his career, when his passionate music and his artistic viewpoint were at the center of the political turmoil that rocked America. Built around a single night in Boston when Brown tried to quell the anguish felt by his community after the assassination of Dr. Martin Luther King, this 3-disc boxed set gives equal time to the history and to the music, showing how one would not have been same without the other. With more electrified soul performances to round out the set, this one should have you on your feet, clapping and dancing, in nothing flat. 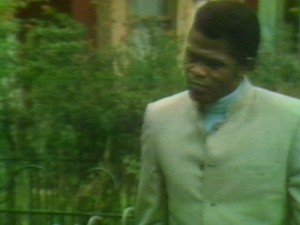 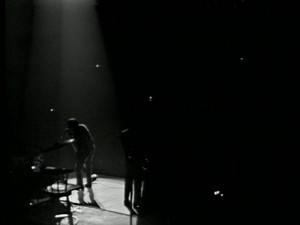