Sixth Side of the Pentagon / The Embassy, The

Other // Unrated // September 2, 2008
List Price: $24.98 [Buy now and save at Amazon]
Review by Chris Neilson | posted September 23, 2008 | E-mail the Author
Best known now for his brilliant 1962 short film La Jetée which was reworked by Terry Gilliam into 12 Monkeys, Chris Marker was best known in the '60s and '70s as a committed leftist French filmmaker. His opposition to American imperialism and his sympathy for socialist revolutionaries were evident in films such as Cuba, Yes! (¡Cuba Sí!, 1961) and Far from Vietnam (Loin du Vietnam, 1967). Two films characteristic of his work during this period, The Sixth Side of the Pentagon (La Sixième face du pentagone, 1967) and The Embassy (L' Ambassade, 1973) are now available in North America on a single-disc DVD release from Icarus Films.

The Sixth Side of the Pentagon takes its title from a Zen proverb: "If the five sides of the pentagon appear impregnable, attack the sixth side." A collaboration with documentarian François Reichenbach (Portrait: Orson Welles), The Sixth Side of the Pentagon is a 26-minute eyewitness documentary shot amidst the October 21, 1967 Mobilization to End the War in Vietnam protest in Washington DC. Marker and Reichenbach capture images from the main march at West Potomac Park which drew 100,000 protesters, but the bulk of best footage comes from the subsequent march by 35,000 protesters on the Pentagon.

Filming separately from within the crowd, Marker and Reichenbach are dangerously close to the drama as protesters rush the barricades around the Pentagon getting up to the doors of the building before being pushed back by hundreds of teenage soldiers clutching rifles and looking very nervous. Marker and Reichenbach unflinchingly capture the pandemonium as protesters are beaten and arrested.

While the visuals are sometimes dramatic, albeit fairly conventional, the narration written and spoken by Chris Marker evidences his dry wit. Of protesters attempting to exorcise evil from the Pentagon, Marker deadpans: "They had asked permission from the authorities to have the Pentagon levitated up to three hundred yards above the ground. They received permission for only ten yards." 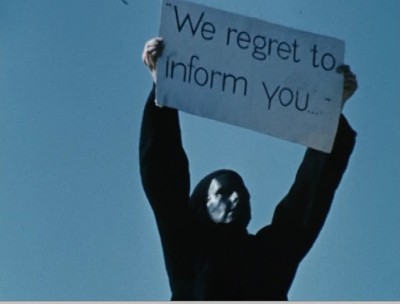 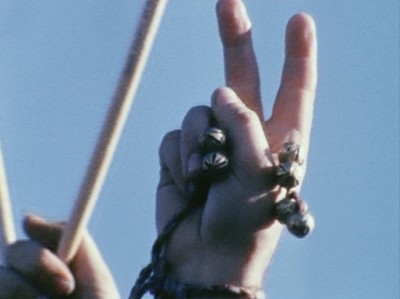 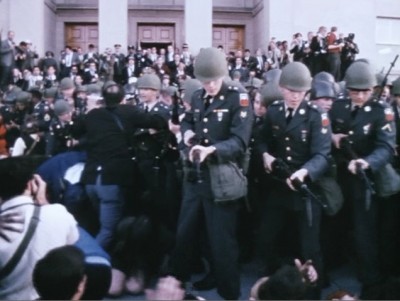 The Sixth Side of the Pentagon is good, but The Embassy is even better. Shot on Super-8 and presented by Marker as found footage, the 21-minute short grippingly documents a disparate group of leftist intellectuals, students, and politicians holed up in an unidentified embassy following a Fascist coup d'état. The reverberations of the Chilean coup of September 1973 is palpable in this work.

The Super-8 footage records the activities of the refugees during the uncertain days following the coup while they wait to see how the world will react, and whether democracy will be restored, or even if they'll be able to get safe passage out of the country if it is not. The narration, recorded later based on contemporaneous journal entries, tells of a convoluted interplay of anxiety, tension, fear, desperation, depression, camaraderie and hope among the refugees as they wait for events to play out, and as they learn the fate of their comrades beyond the protection of the embassy. The final moments of the footage precipitate a reappraisal of all that precedes them, and invite a second viewing. 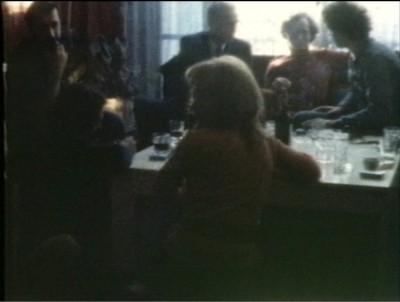 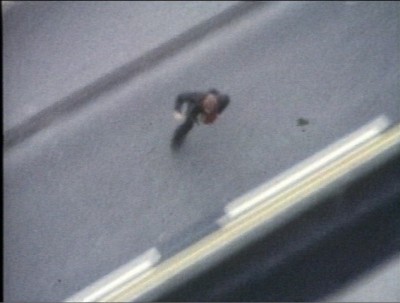 Presentation
Video:
Neither The Sixth Side of the Pentagon nor The Embassy are in especially fine condition. Both have suffered print damage and both are interlaced PAL to NTSC transfers. The colors on The Sixth Side of the Pentagon are at times slightly washed out, but vivid compared to those of The Embassy which also suffers from the soft focus, poor lighting, and severe grain frequently found on early '70s home movies.

Audio:
Chris Marker narrates both films in heavily-accented English. One can generally understand Marker, though optional subtitles would have been a helpful addition. The 2.0 audio on The Sixth Side of the Pentagon sounds fairly good given the limits of its recording method. The shouts of protesters are generally understandable and even the cracks of batons on heads can be heard. The Embassy though includes a lot of tape noise that competes with the narration to an excessive degree.

Extras:
There are no extras on this release.

Final Thoughts:
While not on par with Chris Marker's best films, The Sixth Side of the Pentagon (La Sixième face du pentagone, 1967) and The Embassy (L' Ambassade, 1973) are fine examples of his political films of the '60s and '70s, and will be welcomed additions to the collections of fans of either Chris Marker or of radical filmmaking.