Ahh, Banacek. A short-lived series, only 16 episodes and a pilot were made over two seasons, but this was one of my favorite detective shows since I was first baffled by the mysteries 35 years ago. Staring George Peppard as the unflappable Polish detective who was proud of his heritage and featuring mysteries that were down right impossible (or so they seemed) this program is just as engaging and mind-boggling as it was when it first aired. Previously released as two season sets, the complete series is now available in one handsome 5 disc set. 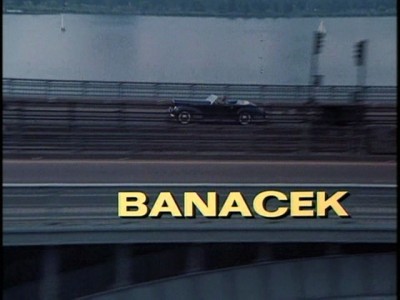 Thomas Banacek (George Peppard) is a cool, smooth, and slightly arrogant freelance insurance investigator. When some valuable coins or a test car turn up missing, and neither the cops nor the insurance company can locate it, they call in Banacek. For a mere 10% of the insured value he'll find anything. It may not sound like much, but when you're talking about a cool million in cash that disappears from a Vegas casino or a 2 million dollar coin collection that evaporates from a vault, pretty soon he's pulling down some serious cash.

Running from 1972-1974, this detective show aimed to set itself apart from the countless other shamus programs that were populating the airwaves and it accomplished that with locked-room type mysteries that seemed virtually impossible. The show wasn't so much as a who-dunnit as a 'how the heck was the crime even committed.' The first show that aired set the stage for the rest of the series. In the middle of a televised NFL football game, a star running back is tackled. As the referee pulls the other players off he discovers that the running back has disappeared! He's not at the bottom of the pile, and only his helmet is left to testify that he was ever there. With no secret tunnels or the like, how could someone just vanish in front of a million fans watching on TV?

One of my favorite episodes is equally mysterious. Banacek is called in when a very expensive main-frame computer disappears. It's the size of a room, and is contained in a smallish building that is surrounded by a barbed wire topped electric fence and state-of-the-art alarms. Even if someone could get past the security, how could they ever dismantle and move a gigantic computer without the guards noticing?

While the conundrums that Banacek comes across are the main draw to the show, his personality is what makes the program so fun to watch. He's not only suave and wealthy (he drives around in a beautiful '41 Packard when not in a chauffeured limo and lives in a tastefully decorated townhouse filled with antiques and art,) but he's very confident of his abilities to the point of being arrogant. This irritates the investigators who are salaried employees of the insurance companies to no end, and it is marvelous fun to watch them sizzle.

Banacek is also very proud of his Polish heritage, something that was a little unusual, but very refreshing. Back in 1974 Poles were often the butt of jokes and characterized as being dumb and dirty. (Ahh, the good old days, back before evil political correctness made it unacceptable to make fun of someone's nationality or race. [end sarcasm]) In almost every episode Banacek would come up with some outrageous "old Polish saying" that made little sense, at least until he explained them. Some of my favorites include "If you're not sure that it's potato borscht, there could be orphans working in the mines" and "Read the whole library, my son, but the cheese will still smell after four days."

Then there were the ladies. Every episode includes a run-in with some gorgeous babe peripherally associated with the case. They're all drawn to Banacek and after some amazingly brief double-entendre filled flirting more often than not end up jumping into bed with the detective (off screen of course.) Viewed today these scenes are very dated and make Banacek look like a sexist pig, which, I suppose he is. 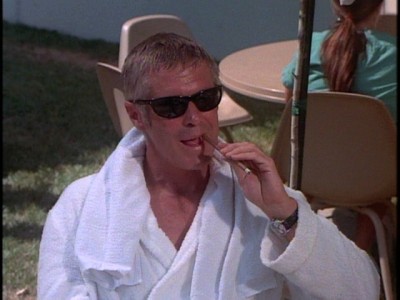 With few regulars in the show, the program had to be carried by George Peppard and he does so marvelously. He has a regal bearing that fits the character like a glove. Peppard also make the investigator more confident than arrogant and has him come across as smart and refined while not being elitist. In short, he has class.

The second season does add a reoccurring character, Carli Kirkland (Christine Belford), an investigator who is on salary for an insurance company and tries to beat Banacek to the solution and thereby save her company a lot of cash. She never does, and there's a mutual (though grudgingly given) respect between the two. There's also a tad of sexual tension that works well.

If there's one problem with the show, it's the pacing. These were originally broadcast in hour and a half long time slots, so with commercials removed they run a little over 70 minutes. Though there are suspects and motive that are examined, the clues are fairly sparse and rarely identified as such. (This is so Banacek's revelation at the end pretty much comes as a total surprise.) This show doesn't slowly piece the puzzle together, in the last moments it's reveled to be complete. Because of this the middle sections can drag a little and occasionally feel padded. There's often a long scene that doesn't have much to do with the mystery thrown in (in one episode Banacek flies from Vegas to LA and back just to interview one witness. The travel time took up a good five minutes.) They elevated this problem to some extent in the second season with the introduction of Carli. 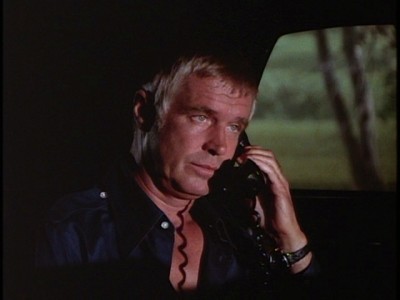 The show would have been a lot tighter if it was only an hour long, which ironically was the original intention. George Peppard's contract called for him to appear in a weekly one-hour show, but it was changed to an hour and a half show every three weeks before it started and appeared as part of the NBC Wednesday Mystery Movie (the other shows it rotated with were "Madigan" and "Cool Million," neither of which were renewed.) Oddly Peppard's contract was never changed, so when he wanted to leave the show at the end of the second season, it was extremely easy for him to depart.

The entire 16 episode run of Banacek comes on five DVD that are housed in two single width DVD cases. These two fit into a thin board slipcase.

The show is presented with a two channel mono soundtrack that sounds fine. There was some very slight distortion in one segment, but aside from that there wasn't anything to complain about. The dialog was clean and easy to hear and the music sounded fine, though with a limited range.

The full frame video is about what you'd expect from a 1972-74 TV show. The colors aren't bright but still strong and the image is fairly tight. There are assorted dirt marks, scratches, and spots on the print that pop up every so often, but they are never distracting. Overall the producers did an adequate job.

There isn't much in the way of extras. With George Peppard having passed away in 1994, it's not too surprising however. What viewers do get is a photo gallery, a set of TV Guide crossword puzzles in pdf format, and finally, the series pilot, a 2-hour (with commercials) special where Banacek has to find out what happened to an armored truck that just vanishes along a stretch of deserted highway in the middle of the desert. It's a nice show and introduces Banacek's chauffeur, among other characters.

I really enjoyed watching this series once again. The mysteries are still baffling, Banacek is still smooth and cool (if a little sexist) and his old polish sayings are just as amusing. Though the show is a bit dated, especially when it comes to the roles of women, it holds up better than I was expecting. Well worth the price, this set gets a strong recommendation.