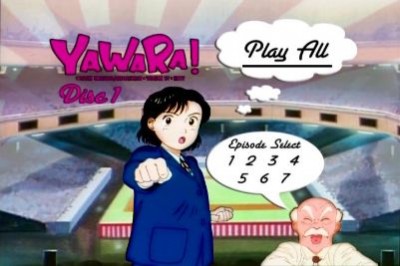 The Menu for Disc #1

Background: When most people think of anime, they seem to concentrate on shows with large robots clashing, humanized animals, supernatural or even science fiction themes but fans know it encompasses a lot more than that too. The trouble is that most media moguls or domestic companies involved with anime tend to play things conservatively, importing shows that already have large followings in order to maximize their profits. One company that has repeatedly bucked these trends is AnimEigo, sometimes referred to as the "Criterion of anime" or more accurately, "the best company for quality anime overlooked by the big boys". Needless to say, when they obtain a license for a show it becomes news all over the globe, their latest boxed set one you may not have heard of. The set is the 40 episode first season of Yawara! A Fashionable Judo Girl!, a popular show in Japan when it aired back in 1989. 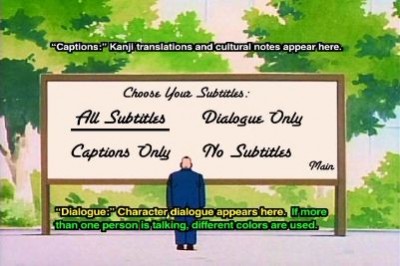 Series: Yawara! A Fashionable Judo Girl! is actually a simple story about a young high school student named Yawara Inokuma who is not imbued with super powers, doesn't come from an alien world, and doesn't set out to fight crime, corruption, and evil. If that sounds boring, keep reading since there is more to Yawara than meets the eye. Since she was barely out of diapers, she has been trained by her grandfather Jigoro to do two things; win the prestigious National Merit Award and win an Olympic Gold medal in judo. Jigoro knows something about the sport himself, as a five time national champion in his youth and professed 8th Dan Judo Master, he is worshipped by those in the sport as being so far ahead of the rest of the world that he reigned supreme in his younger years, his sole goal now being to see Yawara follow in his success. The problem is that she wants no part of his ambitious plan, preferring instead to pursue a traditional life where she goes to college, gets a job, and settles down with a handsome man to raise a family. Needless to say, these two opposing ideas clash head on throughout the series as she resists his subterfuge and scheming, a fortuitous twist of fate helping accelerate when she stops a purse snatcher outside a busy shopping district. Using her innate abilities as honed via years of practice, Yawara's rescue is caught on camera by a news team comprised of hothead Matsuda Kosaku and his photographer Kamoda. 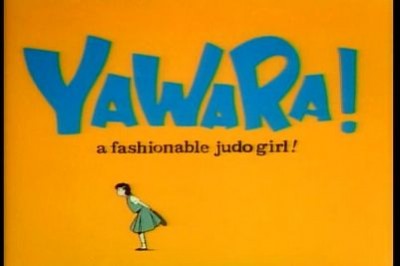 The shot that runs in their third rate newspaper does not show Yawara's face but her panty's as she tosses the crook, leading to more public interest from the prurient idea that a hotty could save the day from a big, bad thug. Jigoro makes the most of it and starts pushing Yawara even more, Kosaku falling for her pretty quickly. Jigoro decides that the best way to fuel Yawara's competitive spirit is to develop a rival, luckily happening upon multi-sport superstar athlete Hon'ami Sayaka when she is depressed over a lack of challenges. One thing leads to another and Sayaka is soon practicing day and night with her studly coach, Kazamatsuri Shinnosuke to beat various long-term champions in the sport of judo, longing to compete against Yawara even though the girl refuses time and again. Without testing her meddle against the one she suspects is the best in Japan, her wins are meaningless so she works her spoiled ways to achieve her goal, becoming upset when it is found her coach hads a case of hero worship for Jigoro and a slight crush on Yawara. 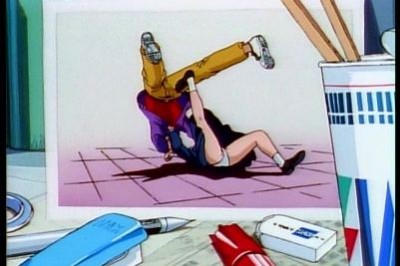 The (panty) shot heard 'round the world!

As is typically the case in Japanese shows, the love triangle aspects take center stage more often than not but the occasional judo tournament gets played out well enough (Yawara trying to throw bouts so her growing fame will die down lest she be unable to realize her own dreams). The episodes also have a countdown clock, much like the Americanized Star Blazers except this time it is a calendar leading up to the Barcelona Olympics in 1992, where Yawara is destined to show the world what she is made of, even if she takes a precariously long way to Jigoro's goal. There are lots of secondary characters involved in the story as well, such as Hanazono, the Captain of the school judo team that falls for Yawara when she wins the day, or lecherous Sudoh, a bully wanting to cash in on Yawara's fame more than anything else. The first season focuses more on Yawara coming to terms with her gifts and her romantic entanglements between Kosaku and Kazamatsuri as with her rivalry with Sayaka but the episodes flew by as I watched them, no dubbing to be had to weaken the translation or editing to market the show for a wider audience. 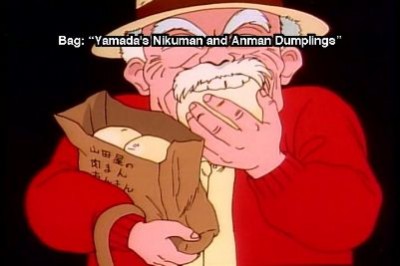 Unlike the majority of anime most are familiar with in the USA, Yawara! A Fashionable Judo Girl! is almost like a slice of life show devoid of fanciful aspects used to bring kids in line with a show, it could have been filmed in live action style had someone had the charm of the animated character (voiced by Yuko Minaguchi, popular from the various Dragonball Z work she's done as well as scores of others). Another thing fans might appreciate was how the characters were true to themselves, never acting way out of character as they faced real life dilemmas involving school, rivalries, and love interests. They do grow as time moves on, Yawara even graduating high school and starting up college just before the season closed up. This gave her a short lived reprieve from her fame until most of her followers seemed to gravitate back around her. In all though, this is anime for a wider audience than the more childish antics so often pushed by the larger companies but well worth a rating of Highly Recommended if you enjoy well written characters with very real problems as brought over by the leader in imported anime, AnimEigo so check it out before they run out of boxed sets (or hope they release the 6 discs individually in the future). 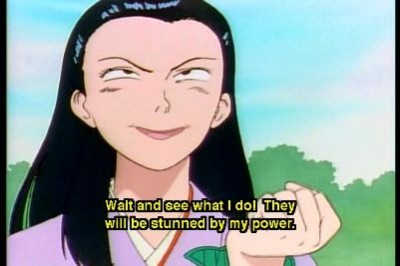 Picture: Yawara! A Fashionable Judo Girl! was presented in 1.33:1 ratio full frame color as shot back in 1989 for airing on broadcast television in Japan (these episodes from 10/16/1989 to 8/20/1990). Director Hiroko Tokita did a fine job of taking the Manga by Naoki Urasawa (translated as "Big Spirit Comics") that ran from 1986 to 1993, using a lot of panning and limited animation styles common to the time frame as he relied heavily on the writing of the characters (and voice actors). Unlike modern anime, this was hand drawn by scores of artists so some variation in how the characters look was noticed (and expected), the 480 resolution sporting a video bitrate hovering around the 5.1 Mbps mark when I paid any attention to it. There was some grain and on rare occasion a few compression artifacts but the use of 6 discs to hold all 40 episodes helped prevent some of the moiré and macroblocking found in other shows that cram too much onto each disc as a cost saving measure. The print used to bring over to DVD in the USA had some minor scratches and flaws but these too were rarely a factor from what I saw. 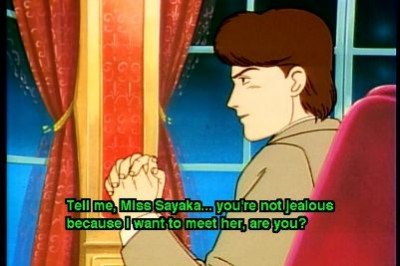 Sound: The audio was presented in 2.0 Dolby Digital Japanese with an audio bitrate of 192 Kbps and a sampling rate of 48 kHz. There was not a lot of headspace or separation between the channels but on such an old show, this would be expected. The aural balance was well done though with decent scoring, accurate sounding voice acting, and everything could be easily heard. There were optional subtitles in English, including choices where you could just see translated vocals, captions that provided cultural background information, both or none at all. The use of different colors to differentiate characters as well as placing the cultural notes up top while the vocals stayed on the bottom helped too. 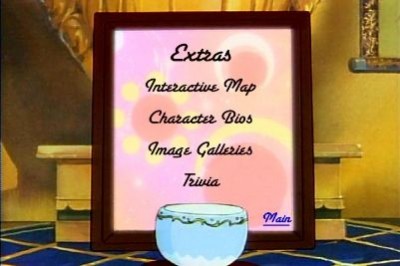 The Extras menu on disc 6

Extras: My favorite extra was the extensive booklet that came with the six disc set subtitled "The Ultimate Yawara! Handbook", lasting 72 pages. It contained a lot of invaluable information about the series, the characters, the translations, and a variety of helpful facts. There was also an interactive map of Japan with facts about the country, some text character biographies, an image gallery, and a trivia quiz that ranks you according to how well you answer questions about the show. Each disc comes in a colorful thin pak case too, episode information included on them, and a cardboard holder for the set. 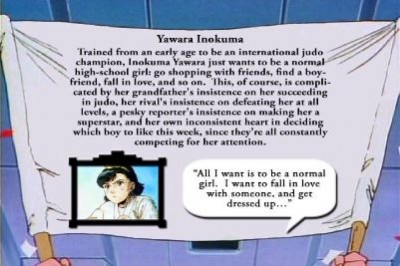 Final Thoughts: Yawara! A Fashionable Judo Girl! did not rely on flashy images, fantastical situations or many of the other tricks of the trade to tell the story of Yawara Inokuma. For me, that was a great strength of the series since it forced the writers to do their best to keep the show interesting. I look forward to seeing the rest of the 124 episode series as AnimEigo applies their devoted team to the job, their version of the first season looking far, far better than the bootlegs so commonly found online. The technical matters may be dated a bit and the thematic material was so tied into the 1992 Olympics that it may be less appealing to some of you but the story was such that I had a tough time breaking for other shows myself. Once again AnimEigo shows up some of the biggest names in imported anime to produce a winner of a boxed set, something I fully expected of them when I saw their name attached to the box. Good job! 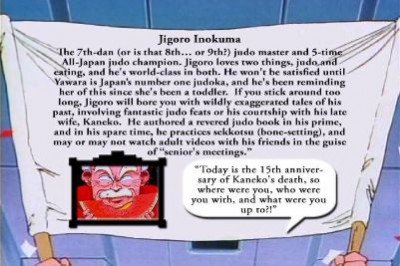