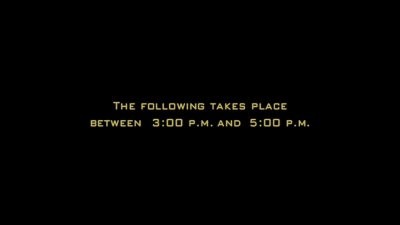 FOX's hit drama 24 (review of seasons: 1, 2, 3, 4, 5, 6) was one of many television series affected by the 2007 Writers' Guild Strike. Due to the strike, 24 was unable to produce a full season of episodes. Instead of airing a short season, season seven was postponed. While on hiatus, 24: Redemption was put together to prepare viewers for the upcoming season. "Redemption" is a two-hour special television event that aired on November 23, 2008. This review covers the DVD release of "Redemption", which includes the broadcast version and an extended cut. For fans of the series, it is a must. However, do not expect the full excitement as found with an entire season (it is only two hours).

In the close of 24's sixth season, Jack Bauer (Kiefer Sutherland) was ready to give up his life of fighting terrorism and move onto something peaceful. "Redemption" opens with Jack in Sangala, Africa and on the run from the U.S. Government. Jack is staying with his friend Carl Benton (Robert Carlyle), who runs a school for orphans. His new life is complicated by a subpoena to appear before the U.S. Senate, but he has no intentions of going back. Unfortunately, a local coup d'etat forces Jack into his former life.

The coup d'etat is led by General Juma (Tony Todd). He is a former dictator that was removed from power. He has connections in the United States that want him back in power and have given him advanced weapons and technology to defeat the current government. Unfortunately, Juma does not have enough men to enact his plan. Colonel Ike Dubaku (Hakeen Kae-Kazim) has been kidnapping young boys and indoctrinating them into Juma's cause by brainwashing them to kill. When Benton's school is targeted, Jack and Benton respond in kind.

At the same time, there is a lot of activity stateside. First, President-elect Allison Taylor (Cherry Jones) prepares to be sworn into office. Second, the current President Noah Daniels (Powers Booth) considers how to deal with the upcoming coup d'etat in Sangala. The Sangalan government requests aid, which he is reluctant to give because it would mean committing the U.S. to another war. Third, Jonas Hodges (Jon Voight) is introduced; he is a very bad, bad guy. Fourth, the President-elect's son is involved with someone who has very shady ties. 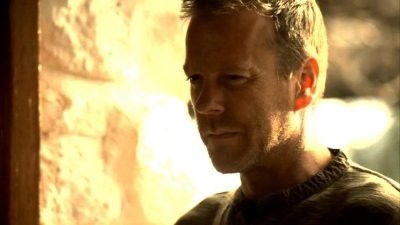 "Redemption" is good for what it is: a prequel for season seven. The tone it sets is somewhat mysterious. It reveals a good amount of detail about the events occurring in Sangala, but at the same time a limited view of what is happening back in the states. There is a brief introduction to the new presidential administration, the bad guys, and how they will fit into the Sangala coup d'etat. In effect, it reveals enough detail to leave you curios about season seven. Additionally, part of what makes it a good lead in to the next season is that it is not over-the-top (like the fiasco season six became).

For example, the opening sequence is longer. Dubaku gives a slightly longer speech to his army. Another example is the scene with the President-elect's son Roger and his girlfriend getting dressed for the inauguration. The original sequence had it combined (24-style split screen) with a FOX news broadcast. The extended version has the FOX news broadcast prior to the scene with Roger and his girlfriend (no split screen) and a little more pillow talk. For the most part, the extended footage does not bring anything new or significant to the special.

Overall, fans will definitely want to pick up this DVD. "Redemption" is a good lead in to the upcoming season. The special features also include the first seventeen minutes of season seven, which will definitely get you in the mood. In the end, 24: Redemption is a must for fans of the series and if you plan on watching season seven. 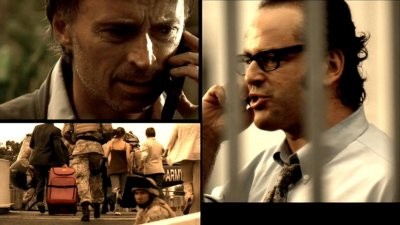 Audio:
The audio track in this release is in English 5.1 Dolby digital surround. In general, the sound quality is very good and it provides an audible and clean track. The dialogue is usually a little flat while music and sound effects come off rich and vibrant. Additionally the 5.1 track is dynamic and makes good use of the surround sound capability. The release also has closed captioning and Spanish subtitles. 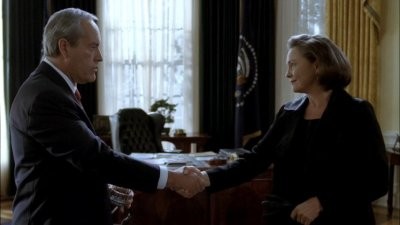 Final Thoughts:
24: Redemption is a two-hour special television event that aired on November 23, 2008. "Redemption" sets up events in preparation for 24's upcoming seventh season. This DVD release includes the broadcast version and an extended cut, as well as several special features like the first seventeen minutes of season seven. For fans of the show, it is a good transition from the over-the-top season six and sets up what appears to be an exciting and thrilling new season (especially after watching the season seven preview).