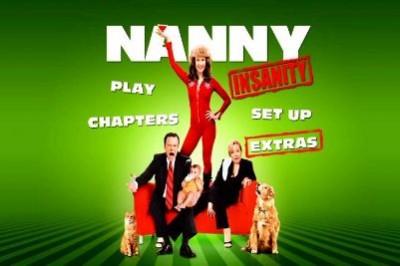 Background: Whenever I see that a movie has changed titles after being released theatrically, I know something is wrong, just as when all the quotes about how good the movie is come from a slew of sources I had never heard of before. Those were my first clues that a movie originally called "Domestic Import" and now referred to as Nanny Insanity was a dog. The cast was primarily third stringers and the director best known for perfunctory work on television shows over the years so I wasn't expecting a whole lot more than a movie based on the scores of television fodder (such as Fran Drescher's old series). The quick version of this review is that the movie was so poorly constructed it might serve as film school dreck to analyze and so uncreative that all the established cast must have hit hard times but by all means read on if you care to know more. 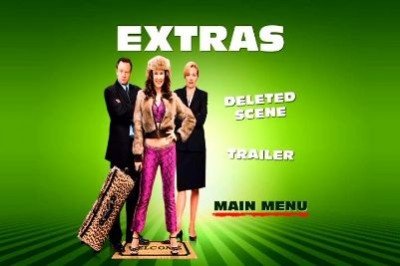 Movie: Nanny Insanity bills itself as similar to "Napoleon Dynamite" or "My Big Fat Greek Wedding" but even the surface similarities of outsiders trying to live the proverbial American Dream against all odds are lost in the scattershot script, the lame editing, and the obvious lack of a lighting crew (I shit you not: much of the movie was so dark that I wondered if some of my friends making porn could have lent the production crew a few C-lights) just bugged the heck out of me. It started off with a happy couple Marsha and David McMillan (Cynthia Preston and Larry Dorf) about to have their first baby. David is a control freak and Cynthia has plenty on her yuppie plate too so they are afraid of the seemingly overwhelming task of raising a child. To answer their needs, Cynthia's parents, Bernice and Lou Kimmelman (Mindy Sterling and Howard Hesseman) suggest they get a foreign housekeeper, eschewing the usual Mexican help for a gal from the Ukraine. David immediately dislikes the idea of having a stranger in their midst but after a meeting with Sophia Petrenko (Alla Korot), his wife wants to help the gal after a bout of crocodile tears. 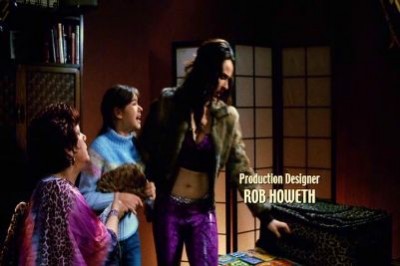 Sophia leaving the Ukraine behind in her hooker outfit.

Sophia left her family behind to start anew in the USA too, and the usual stereotypes of the remnants of the USSR aside, the viewer was provided the insight needed for the rest of the movie to proceed. See, Sophia does not adhere to the usual tenants of cleaning house, her goals are to find a sugar daddy husband and set up a clothing designer business; facts she conveniently forgets to tell the McMillans. The minimal humor of the comedy to this point was indeed minimal but then the movie took a turn for the worse, Sophia's scheming ways used to get her hosts to allow various members of her family to stay with them. While this doesn't work out at first, Sophia ignores David's wishes and her entourage begins to accumulate in the hidden recesses of the house, the family trying their best to keep from getting caught. 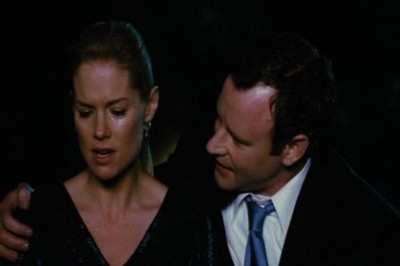 Inevitably, the family uses their foreign charm on the extended family, the mailman, and others to the point that they get to stay but there is a variety of forced situational comedy to endure before the projected end that you'll see coming from a mile away. So was it the worst movie I've seen in recent memory? No, "Twilight" earned that dubious distinction (beating out "The Love Guru" by a hair) but there was so much wrong with the pacing, the wooden script, and even the acting that I wished a rating lower than Skip It could be used but I'm not going to mince words or otherwise "sell" the title as better than it was as so many online seem willing to do. Yuck! 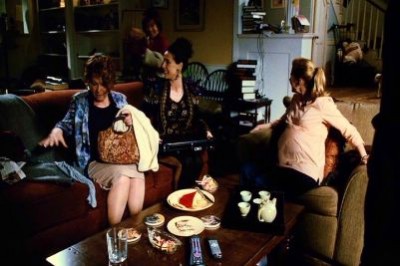 The meeting of Sophia with the McMillans

Picture: Nanny Insanity was presented in 1.78:1 anamorphic widescreen as shot by director Kevin Connor. The standard definition release was encoded in MPEG-2 with a bitrate on the low end of the scale, immediately striking me as dark and poorly mastered. There was edge enhancement to be seen, lots of shadows even on the main characters during major daylight scenes, and a soft focus reminiscent of some "Skinemax" late night flicks that I've seen over the years. The show looked especially poor on my large screen television set, far worse than porn or independent movies I've checked out of late. I took some screenshots to show you a few specifics but you won't want to watch it twice. 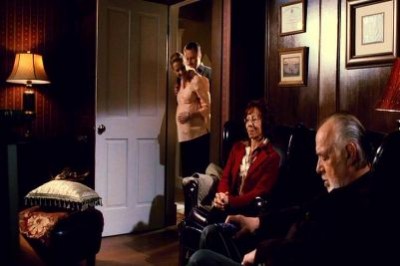 Notice Howard asleep? You will be too before this one ends.

Sound: The audio was presented in 5.1 Dolby Digital Surround English, similar subtitles for the hearing impaired, using 448 Kbps audio bitrate and a 48 kHz sampling rate. There was little discernable separation between the tracks and the rear speakers were rarely engaged that I noticed. The dynamic range was poor too but the music was mediocre in a way a movie going direct to DVD tends to be, the vocals and subtitles generally similar enough to each other that you won't care when they were off substantially in certain cases.

Extras: The only extras included here were some trailers (including one for the feature) and a deleted scene lasting 2:07 minutes starring Larry Dorf as David, the guy having a nightmare about his circumstance.

Final Thoughts: Nanny Insanity retreads old ground with nothing new to add and it shows a sense of desperation in almost every skit tossed in to amuse those of you that have set the bar mighty low. Adding insult to injury, the cast simply sleepwalks through the motions and the back of the DVD box quote summed it up very well when it said: "What were they thinking?" Hey, I've seen better made commercials, not just on Superbowl Sunday either, and the entertainment value of the movie was so subpar that the marketing gurus must have had many sleepless nights cultivating the rest of the reviews found online by nameless types that no one has ever heard of. Finally, it has been done many times before, much better, with more class so do yourself a favor and avoid this one like the plague.