Edition Filmmuseum // Unrated // August 28, 2008 // Region 0 // PAL
List Price: €29.99 [Buy now and save at Amazon]
Review by Chris Neilson | posted March 12, 2009 | E-mail the Author
It takes a brave distributor to release an incomplete film as the title feature on a 2-disc DVD set, but that's exactly what Edition Filmmuseum has done with Frank Borzage's 1929 pre-Code, erotic-melodrama, The River. The original 84-minute, 35mm film is lost. What remains is 43 minutes of a 16mm copy, a snippet of 35mm retrieved from Swedish censors, and 12 minutes of reconstruction provided through production stills and new, explanatory intertitles. Lost are the opening and closing acts and two scenes from the middle, leaving only an awkward, sexual-negotiation-cum-romance between a virginal man-child and a sultry, sophisticated, older woman. 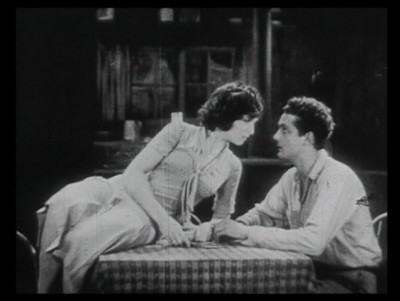 The lost opening scenes establish the characters. Allen John (Charles Farrell) is a motherless country boy away from home for the first time, sailing a handmade barge down river to see the wider world. He's marooned behind a lumber camp dam until spring flows make the river passable. The counterpoint to Allen is Rosalee (Mary Duncan), a worldly vixen living outside the lumber camp, whose lover has just been jailed for killing a rival for Rosalee's affections.

The extant core of the film begins just before Allen and Rosalee's first encounter. Following a dip in the river, the farm boy emerges naked and oblivious to find Rosalee watching him closely. From the beginning, Allen's naïveté and guilelessness are sources of amusement for the world-weary Rosalee. Allen, who's never seen a woman before, awkwardly woos Rosalee by chopping her wood and buying her provisions for the winter, while she waits for him to try to bed her with rapidly decreasing patience. Sexual passes on her part and misunderstandings on his part abound, leading to tragedy and high melodrama, but suffice to say that love triumphs all. In the lost final act, the new lovers are endangered when Rosalee's jealous ex-lover escapes from prison. 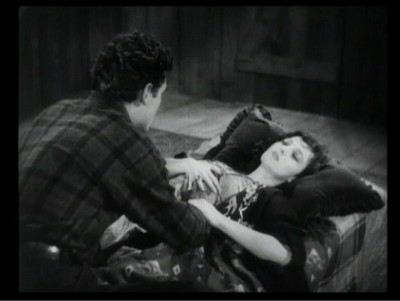 The River wasn't distributed in the United States in its original form. Instead Fox added a musical prologue and a spoken epilogue to the film and gave it a limited release. Banned in several U.S. states as indecent and ignored by the critics, the film quickly disappeared from the theaters. In Europe, however, where the unedited original version was screened, audiences and critics were considerably more enthusiastic. The 22-year-old, future filmmaker Marcel Carné (Les Enfants du paradis) thought it outstanding, while the surrealist filmmaker André Breton declared it more audacious and insightful than the entire French avant-garde. For a brief moment in France, Mary Duncan's fame nearly rivaled that of Louise Brooks and Marlene Dietrich. 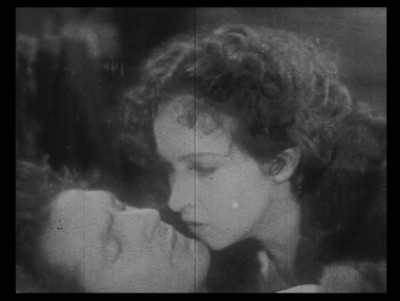 Presentation
This 2-disc set was released by Edition Filmmuseum, a label founded by six German-language national archives and the Goethe-Institut. The discs are PAL-encoded but not region restricted.

Video:
Given that this release is principally constructed from a 16mm copy, The River looks nearly as good as can be expected. The image is very soft and shows damage, but is watchable. What's disappointing though is that the stills used in the reconstruction only look slightly sharper than the 16mm material.

Intertitles are presented in English and French with optional German translations.

Audio:
There's likely been some restoration done to the original musical score, but it's definitely showing its age with pops and crackles.

Final Thoughts:
For a modern audience, The River has two strikes against it: it's incomplete, and its melodrama is dated to the point of appearing almost comical. Yet, cineastes should still seek this one out as much for its pre-Code eroticism as for its striking visual compositions.