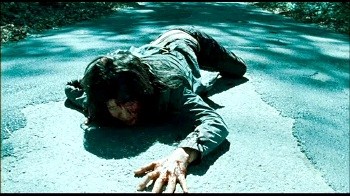 The Movie
I never thought the Gorton's Fisherman killer in I Know What You Did Last Summer was as chilling as he could have been, but at least he had a cool weapon. Unfortunately, the low-budget Dead in 3 Days (In 3 Tagen bist du tot) is in dire need of a better hook. The 2006 Austrian film has a lot in common with the 1997 American thriller, but neuters the already tame genre entry--draining it of all the fun and fright.

It's the end of the school year and five friends in a blue collar town have just passed their exams, leading to some celebration. But the fun is short lived when they all get text messages saying they'll be--you guessed it--dead in three days. Nina (Sabrina Reiter) becomes even more concerned when boyfriend Martin (Laurence Rupp) doesn't return from the restroom during a night of partying. She tells friends Mona (Julia Rosa Stöckl), Clemens (Michael Steinocher) and Alex (Nadja Vogel)--who all accompany her to the police station, where they point the finger at oddball Patrick (Julian Sharp). Apparently their "freaky" former classmate has a past with Martin, and he soon becomes the prime suspect--especially when Martin's body rises to the surface. 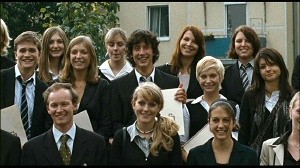 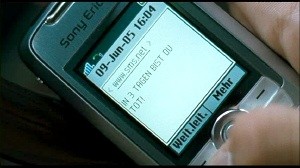 But because every character is so convinced it's Patrick, we know it isn't. Maybe the killer is officer Kogler (Andreas Kiendl), Martin's skeptical cousin who does a lot of ominous staring at everyone? Or maybe it's someone involved with the childhood secret that the friends are clearly withholding from the authorities?

As the film progresses, the body count slowly rises--but Dead in 3 Days does almost nothing right, resulting in an anemic affair that looks and feels like a made-for-TV thriller. In addition to the dark and grainy picture, there's some shaky cam to accompany quick close-ups and edits, resulting in abrupt endings that finish potentially suspenseful scenes too quickly (including way too many "grabbed from behind" shots and fades to black). The camera does the film no favors, and the film is extremely light on gore. Even its most "shocking" sequence is a bust, especially if you've seen He Knows You're Alone. 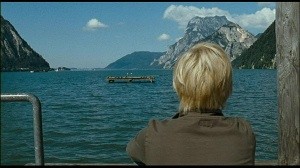 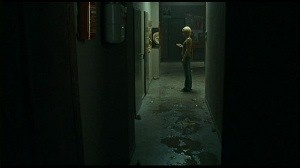 The characters are all interchangeable slackers, a surly lot devoid of personality. Oddly, they all seem remarkably unconcerned with their text messages (there are lots of logic gaps here, and the dialogue between the friends when they're alone is labored). It's impossible to warm up to this group: whiny, angry, annoying and dull, you'll be happy to see them stalked and slashed (the only actor with any charisma is Rupp, whose time is limited).

The screenplay is also a mess--the story has no solid structure and feels like a bunch of scenes put together. Incidents and characters are inserted for no reason whatsoever, unless annoying the viewer was director Andreas Prochaska's top priority. An early road accident just highlights how much the characters hate each other (but not as much as you will!), and the Patrick subplot is dropped like a flaming bag of feces. 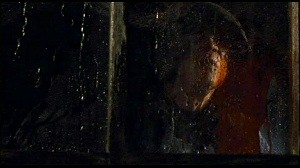 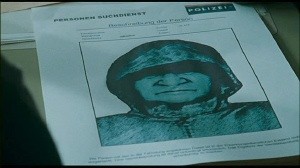 I was also stunned at how ineffective the film's setting and score were. There are a few cool shots of an ominous lake and the spooky small-town backdrop, but Prochaska manages to ruin the atmospheric surroundings by abandoning any sense of isolation. The film uses too many locations, jumping around and not anchoring the viewer in anything relatable or familiar. And the tepid score almost goes out of its way to make scenes less scary--whether it's the overuse of silence or the forgettable array of generic chase cues, there's no unique theme to unite the muddled music. I was also annoyed by the film's repetitive shots, like the frequent water/faucet imagery (we get it...something awful happened at the lake!) and the two nearly identical boat sequences. 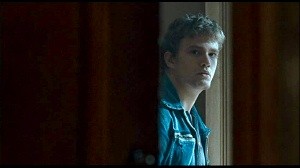 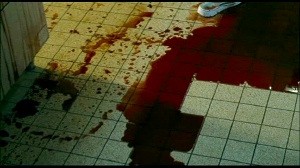 And the unveiling of the secret has to be one of the most anticlimactic reveals ever--like many scenes, it's painfully telegraphed. As for the killer, it's yet another wasted character--the director once again wastes an opportunity to stir up emotions. The silent schlub will remind you of Final Exam, and the late confrontation in the house--where the three characters stupidly go without any reason or plan--is marked by one of the lamest standoffs ever (I'm still not quite sure how Clemons screwed that up...).

There are a few ideas, shots and images that have potential here, but the film relies too much on one (albeit cool) concept. In the end, the overwhelming impression of Dead in 3 Days is one of unoriginal amateurism. I shudder to think how uninspired the 2008 sequel must be... 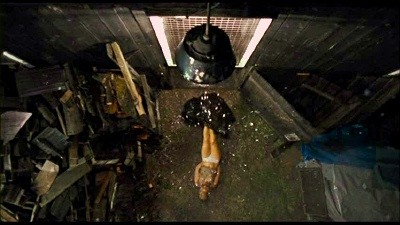 Video:
My guess is that I can't blame the 1.85:1 anamorphic transfer for looking so grainy and drab, with a lack of sharpness and detail in many shots (especially the more crowded, wide-shot filler scenes--some of the close-ups are better). The movie is probably meant to look this way (green and brown tones take their turn draining the colors), but it does nothing to help. Dead in 3 Days doesn't have the raw atmosphere that the visuals suggest. 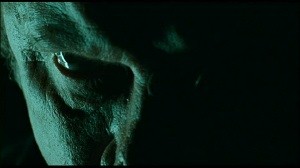 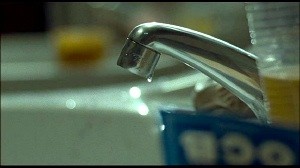 Audio:
The 5.1 track (available in original German or dubbed English, with optional English subtitles) is stronger, with some nice use of channels to keep you involved. But since the score is useless, the track isn't as powerful as it could be. I also found the dialogue in some scenes--particularly the dance club sequence--too low (I know it's supposed to be a loud scene, but you can barely even hear that they are talking).

Extras:
Outside of trailers for other releases, no extras are included.

Final Thoughts:
Try as it might, Austria's Dead in 3 Days is not as slick as its borrowed I Know What You Did Last Summer story and not as raw as its rough visual style would suggest. This is a detached thriller with dull characters, spook-free settings, a forgettable score, amateur story construction and ineffective camerawork. It wastes a few good ideas and shots, and fails to thrill with either suspense or gore. It's still better than most direct-to-video releases (which, technically, this isn't), so if you're a horror fanatic, just Rent It. 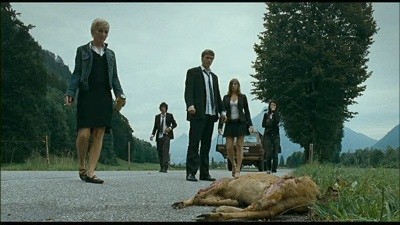